The video features several truly impressive stunts from the Former Bike Trial World Champion and multiple-Guinness World Record holder, including a ride along the safety railing of the Pacific Coast Highway, which has a huge drop and no room for error. 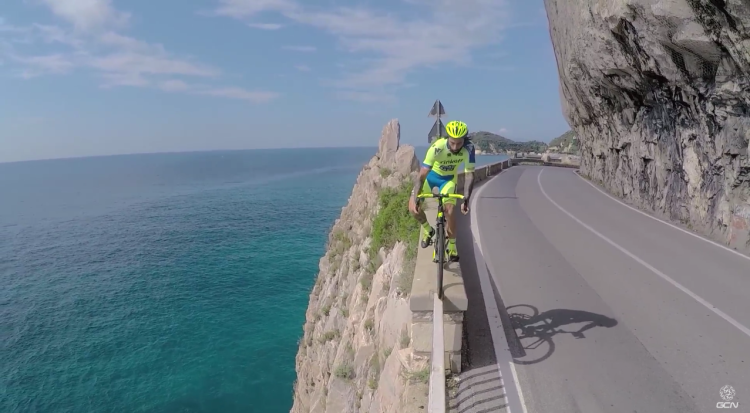 In the run up to filming, Brumotti was given exclusive access to the Tinkoff Saxo riders at the squad’s Gran Canaria training camp. And the film starts with Brumotti joining Contador, Sagan and their team mate Ivan Basso warming up on the rollers at March’s Tirreno-Adriatico race before performing breathtaking stunts with the stunning backdrop of the northern Italian mountains.

As Sagan and the Tinkoff Saxo Tour of California squad take off for America, so does Brumotti, riding the hills and streets of San Francisco and the redwood trees of the state’s Sequoia National Park.

“I trained with them in different situations around the world. They are monsters…” Brumotti said of riding with Tinkoff Saxo. “Contador is a very humble guy and when he when rides his bike, he turns on his full power!” 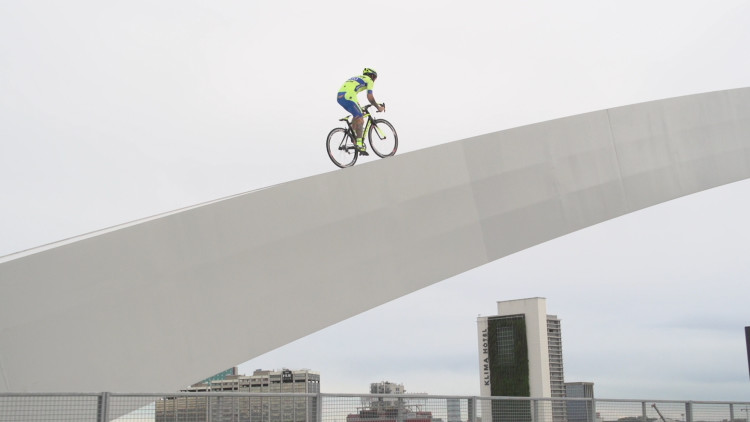 He also said of Sagan, “There was an instant connection because he loves to play. He’s very good at freestyle and when he rises on the pedals he becomes like a child who wants to have fun!”

Failures
While there wasn’t a single puncture, the flips took their toll on both Brumotti, with several crashes, two broken fingers amongst the damage sustained.

The video’s inspiration
This is the second Road Bike Freestyle film, with the first quickly racking up nearly 1 million views. In an interview about the making of the film, Brumotti paid tribute to the trial-riding legend Martyn Ashton and his massively successful Road Bike Party film series. 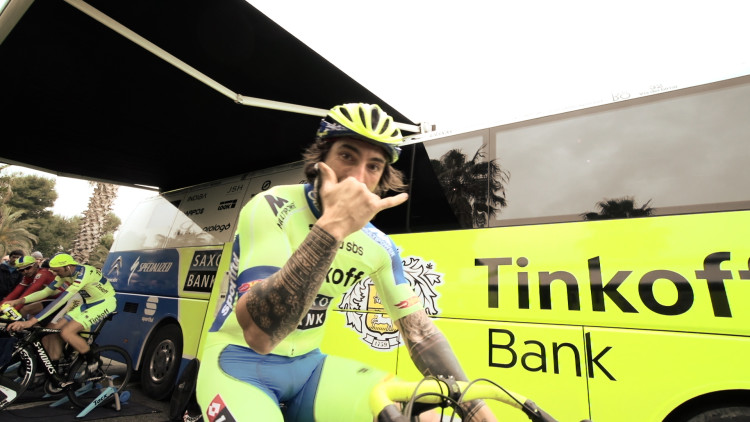 Brumotti said: “My inspiration is Martyn Ashton, who will always be my hero for what he has created with the roadbike. I will always be his most avid fan, almost like a stalker! I studied for a long time to be able to share this project with him. He is a continual source of inspiration for me despite the accident that obviously did not stop him.”

Equipment used
In addition to the custom-painted but otherwise unaltered carbon Montante frame, Brumotti used fully standard cranks and handlebars from FSA, wheels from Vision and the only special part was a reinforced rear hub.