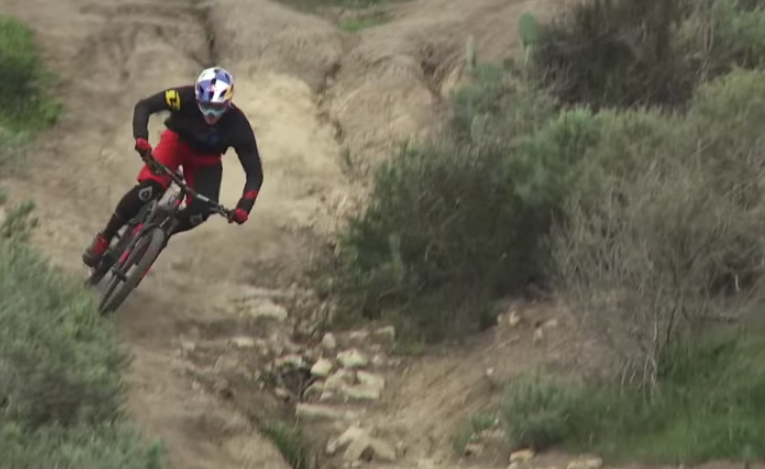 New year, new team, same faces and a second season of Bruni & Vergier Against the World as Loic, Loris and Finn gear up to take on the best in the world in 2016. Creative Concept will once again pair up with the Specialized Gravity team in Bruni & Vergier Against the World Season 2, documenting the boys as they travel across multiple continents in search of that perfect season. After such an amazing season in 2015, the pressure is on for two of the World’s fastest Frenchies and Canada’s newest pinner to deliver again on the World Cup circuit this year.

Episode 1 sees the team head to California in the United States for a few weeks of training, testing and good times with friends, sponsors and even rivals under the winter sun. Wind tunnel testing with Specialized, an MX day with One Industries and KTM test rider Mike Sleeter at Pala and riding MTB in the Californian hills are just some of the things the team got up to in SoCal!

Episode 1 is online now! So grab a brew and check out what the boys got up to… Bruni & Vergier Against the World is Presented by Specialized Bicycles and supported by Six SIx One, SRAM, Ride 100%, Lizard Skins and Joystick Components.