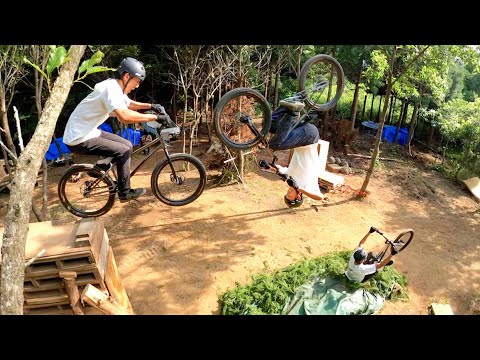 Two months ago, Japanese trials rider Tomomi Nishikubo has amazed audiences around the globe with his spectacular and funny YouTube hit “Ride to Survive”. In the behind-the-scenes video, the 28-year-old MTB Pro demonstrates how much hard work and time actually went into this project. Despite all the sweat, the countless attempts, fails and setbacks Tomomi’s crew never lost their spirit or importantly their sense of humor. From the “Chiba Bike Trial Club” in the woods of Chiba, the shores of Kanagawa and a remote island off the Japanese coast, Tomomi and his team filmed over seven months from early May to November to make the project a reality.