It’s been five months since the introduction of the original Django, and today Devinci launches a trail bike version with 29-inch wheels. The Django 29 has the same features of the 27.5 bike such as Boost spacing, internal cable routing and the FRG system to adjust the geometry. The frame also features an asymmetrical design, in addition to their standard frame design/kinematic system “Split Pivot”. 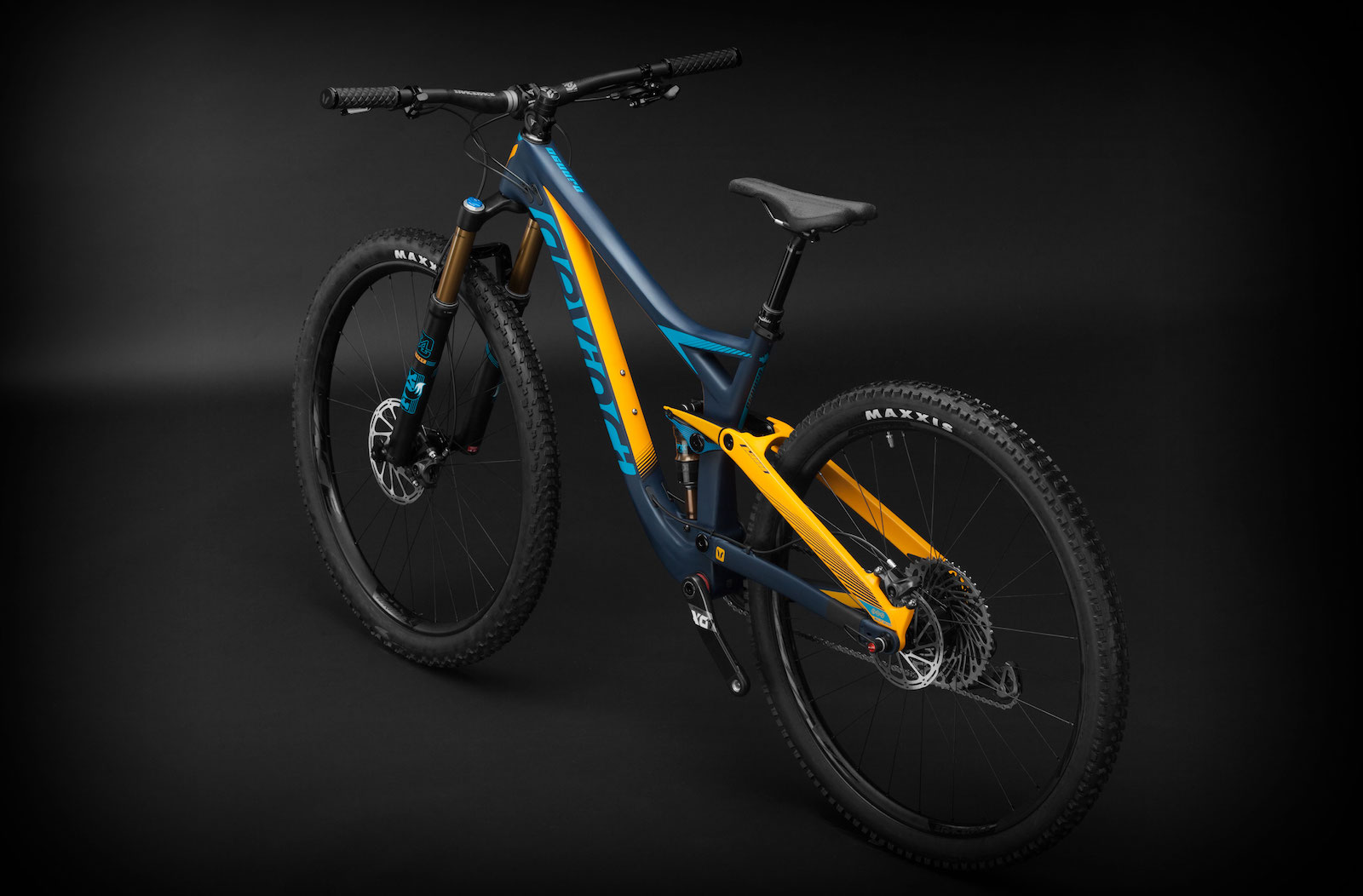 The Django 29 is not compatible with front derailleurs so you’re limited to 1X systems and these days, that’s not a big deal. The maximum width for rear tires is 2.35 “. Just like the 27.5 version, Django 29 offers 120mm of rear travel combined with a 130mm fork. The geometries are obviously tailored to each wheel size, but the main concept of Django, with a low center of gravity and standover height, remains unchanged.

There are 6 spec levels, 4 built on carbon frames and 2 on aluminum frames, all of which have a lifetime warranty. The frame, including the rear shock and hardware, has a weight of 3.060 grams for the carbon version while the aluminum frame weights 3.660 grams. 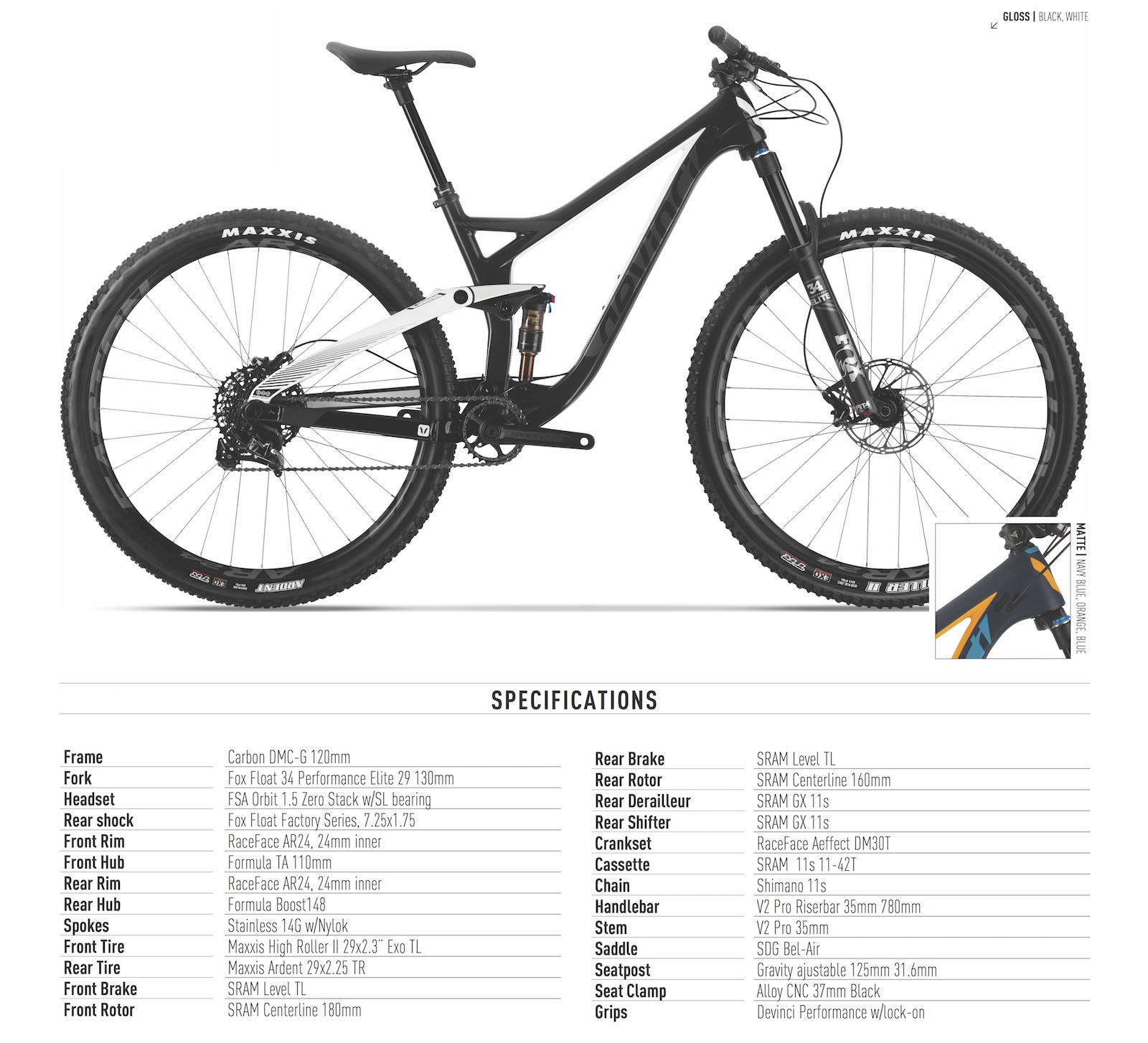 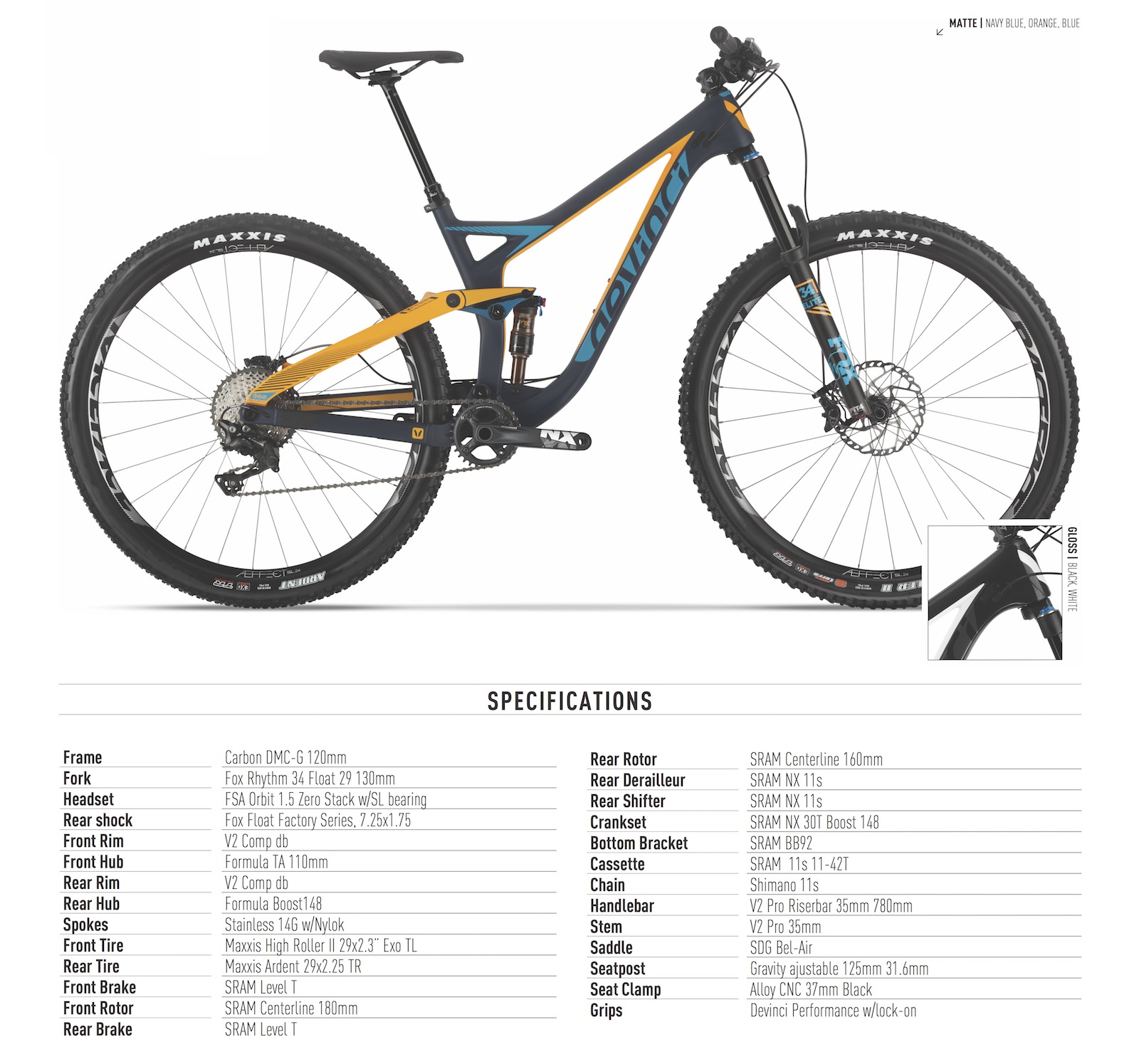 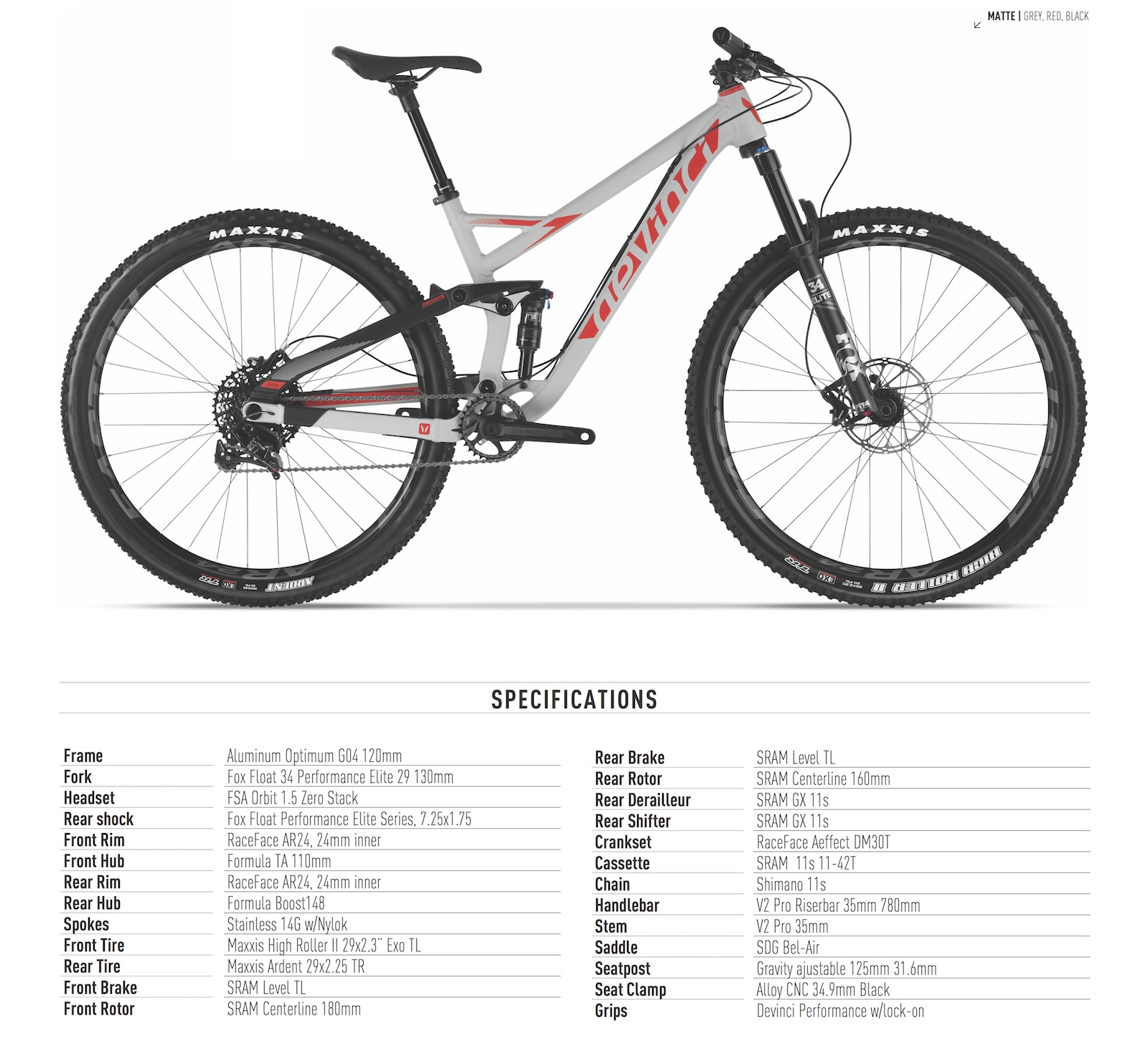 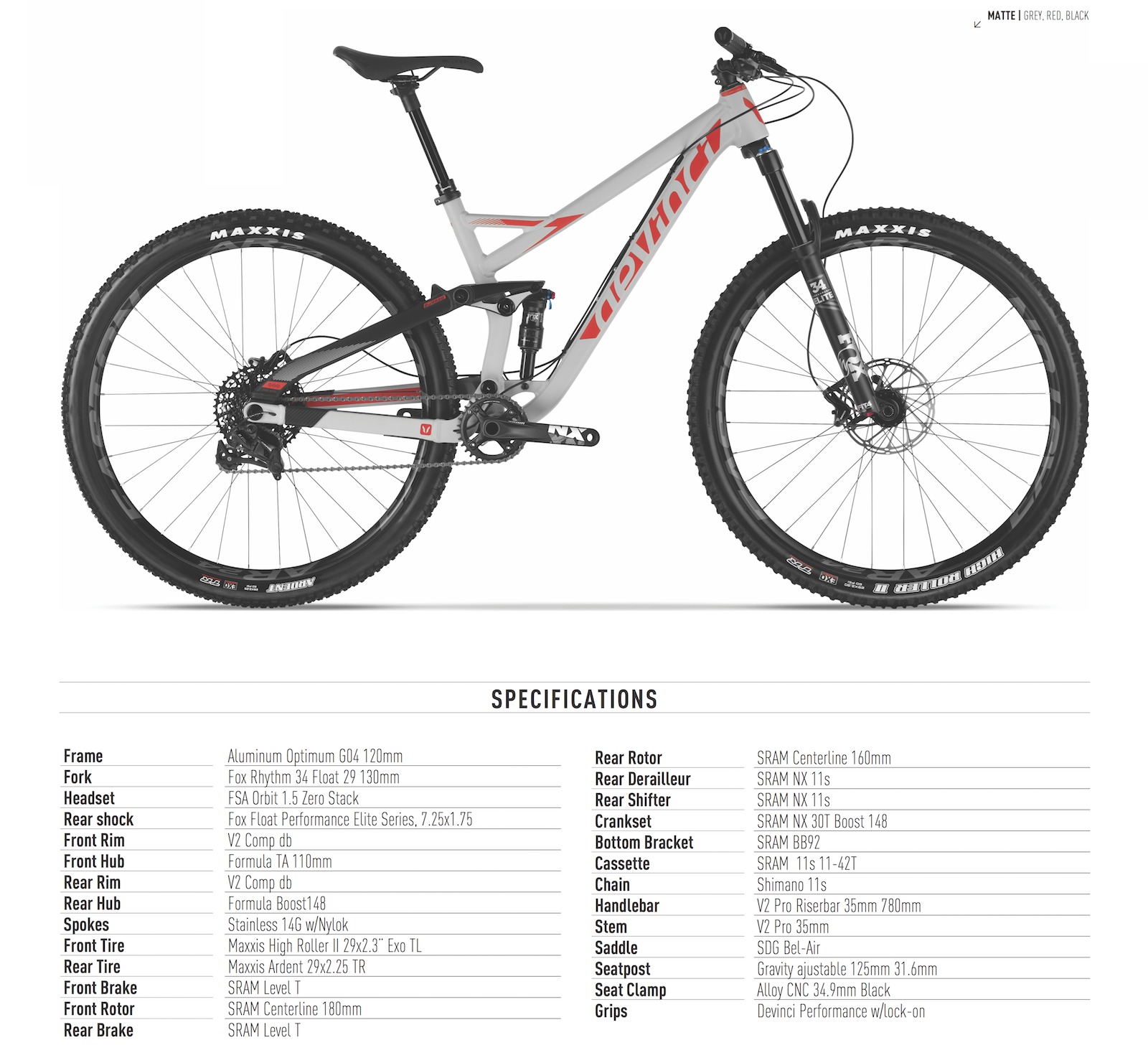 The FRG Cup is the latest addition to the FRG Adjustable Geometry offered on Devinci’s full-suspension bikes.

It allows the rider to customize their ride for specific terrain or desired feel. The FRG Cup features a 10mm headset cup (46g) which slackens the bike’s head angle by 0.5 degrees while raising the bottom bracket height by 3.5 mm.

Simply install the FRG Cup to benefit from the advantage of a slacker front end while keeping a precise handling and power transfer that reacts immediately and intuitively to rider input. Compatible on Devinci full suspension bikes model year 2013 and up.