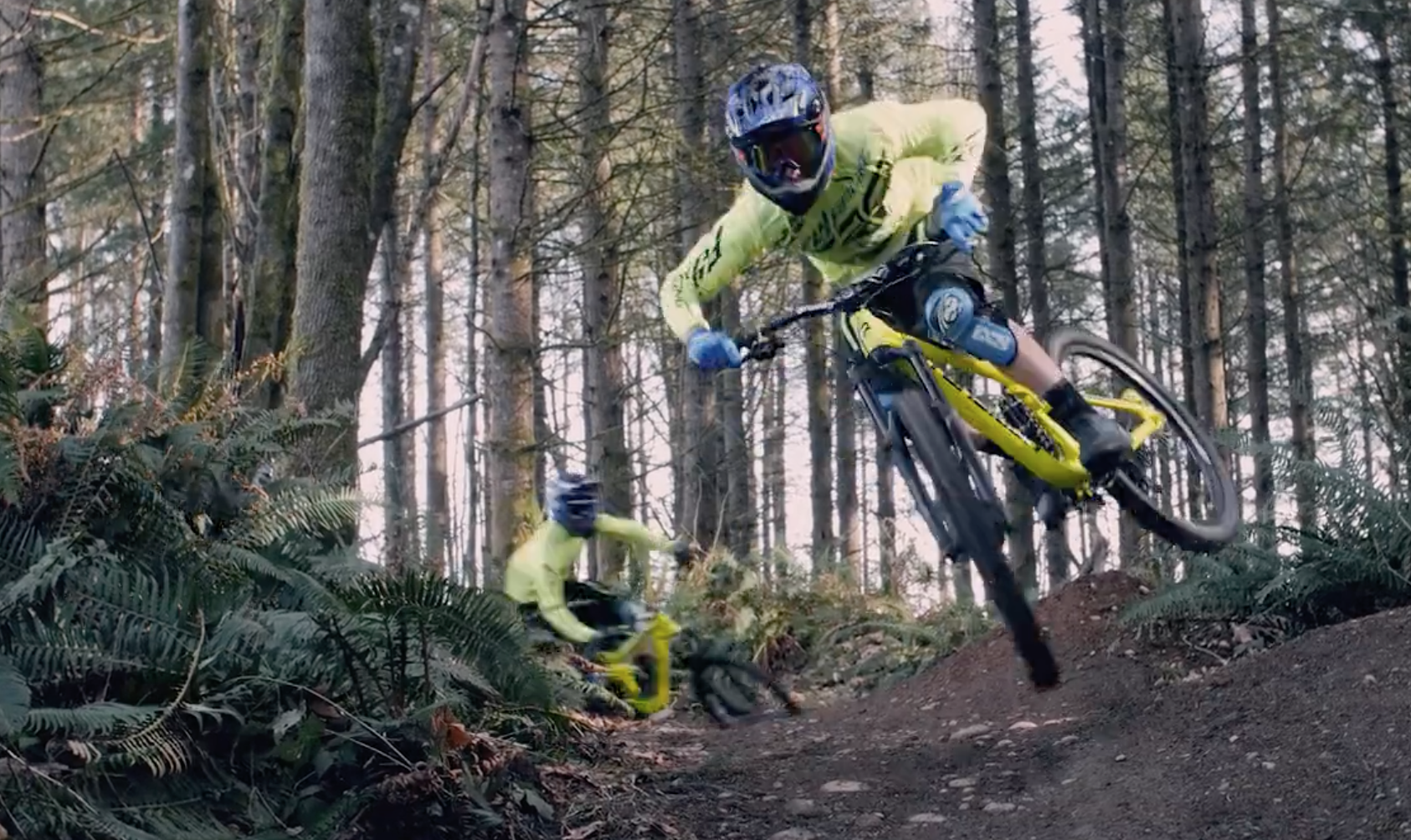 We are excited to introduce GHY Bikes/Transition/DVO Racing with three young, NW rippers. Dylan Brown, Josh Gibb and Bailey Villalovos will be racing Downhill, Slalom, and Enduro in 2016. Jason Gibb will be managing the team with Jerry Villalovos turning the wrenches.

Josh Gibb – 18 Redmond, WA
Josh had a solid season at the National Pro GRT series in 2015 in JR Ex with a 9th at Snowshoe and 13th at Port Angeles. Josh stood on the top step at both NW Cup stops at Stevens Pass and had two more top 4 finishes in the NW Cup, securing runner-up in the points. Josh is known for his hardtail skills and did not disappoint in 2015. He pulled a 2nd in Slalom at National Champs at Mammoth and was the #1 qualifier at Crankworx Whistler in Slalom, finishing 2nd. Josh will be racing DH, Enduro, and Slalom in 2016.
Bailey Villalovos – 19 Federal Way, WA
Bailey is coming off of a great season with 3 podiums in the NW Cup and 3rd overall in JR Ex in 2015. He will be looking to drop the hammer in the 19-29 Cat 1 class for 2016 at NW Cup. Bailey will also be racing Cascadia Cup Enduro and Slalom after a stellar performance at the annual GHY Bikes Bermsled race with a 4th in the pro class.
Dylan Brown – 17 Bothell, WA
Dylan is coming off of his first year in JR Ex in the NW Cup with some top 6 finishes and 8th overall in points. Dylan had a great run at his first Enduro, finishing 8th at the very pedally Cascadia Cup Tiger Enduro. Dylan will be racing JR in the Cascadia Cup Enduro and JR Ex in DH and is looking for a breakout year in 2016.

The team will be riding Transition Bikes for 2016 and couldn’t be more stoked about teaming up with a company with such deep NW roots. TR500 frames will be used for downhill and the new Patrols for Enduro. The PBJ/Bank/Triple frames will be on tap for Slalom and dirt jumping.
• Transition Patrols will be outfitted with all of the latest Grid components from Gravity
• Transition TR500s will be running Spank Wheels and cockpits
• Transition PBJ’s/Bank/Triple will be outfitted with Gravity cranks, Spank wheels, and cockpits
• DVO will be handling the suspension duties with Ronnie Dilan handling the tuning
• All bikes will be using Magura brakes for the best stopping power on the market
• The boys will all be representing Fly Racing apparel, helmets, and goggles.
• iXS knee pads for DH
• Tigatu Clothing Company will keep the boys stylish off the track
• Vittoria tires
• Five Ten shoes
• Rockstar Energy
The team will be focused on the NW Cup, Cascadia Cup, National Champs, Crankworx, select Pro GRT races and the Leogang World Cup.