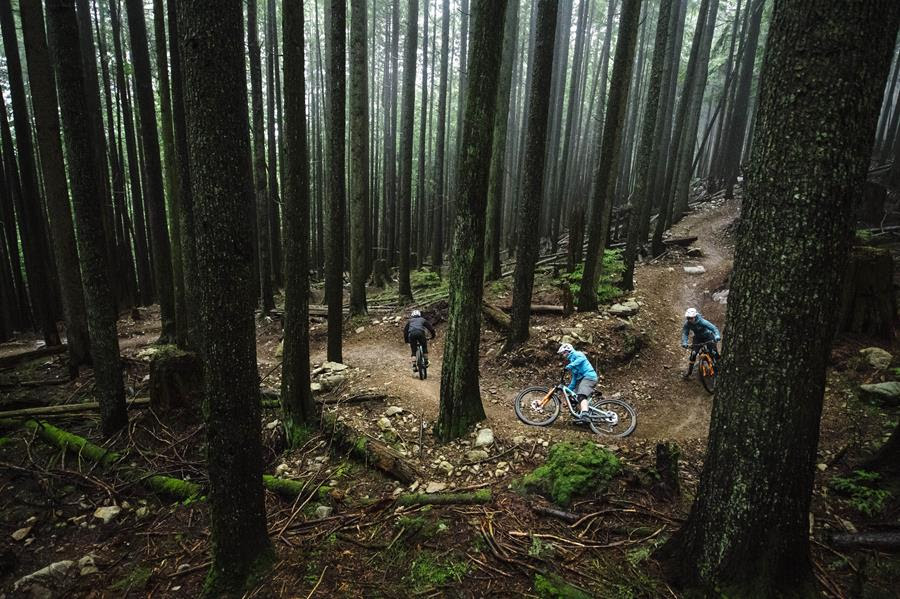 Rocky Mountain recently partnered with Race Face, and in classic RM fashion, they had to have a bit of fun with the release video…Catch up on the details and feast your eyes on some rowdy B.C. shredding.

We’re very excited to return to the Enduro World Series in 2018 and announce the formation of our new Canadian partnership with Race Face Performance Products. We’re incredibly proud to form the Rocky Mountain Race Face Enduro Team, and to tackle a full season of racing with passion, drive, and dedication.

Our two brands have a deep history together that began in 1993. When freeride was born Rocky Mountain and Race Face were there, under the same roof, meeting the needs of demanding North Shore riders. Now, 25 years later Race Face is making some of the best components in the world, and we’re honored to be officially reunited through our EWS team partnership.

“I’m excited to start a new chapter of this team, with Race Face on board to strengthen the Canadian vibe. I’m really looking forward to working closely with another local brand that shares my passion and roots. The crash I had in Finale Ligure at the end of last season was a tough one to recover from, but I’ve been training hard and am confident I am going to come into the first race strong!” – Jesse Melamed

“Partnering up with Race Face and their strong Canadian roots is something that is unique to the EWS and exciting for myself. I’m really looking forward to getting things kicked off in South America in a few weeks, traveling with Jesse, ALN, our new crew of mechanics and Team Manager! This off season has been really productive for me, and I feel super-strong coming into the first round.” – Remi Gauvin

“I feel really happy and at home with our team for 2018. With such a good set up, it really is a bittersweet feeling to be sidelined for the two first rounds with a wrist injury. With the team supporting me, the matter at hand is to regain my maximum shred capacity to join the party ASAP. I look forward to seeing us evolve as a team this season and to enjoy not only the racing but the whole vibe.” – ALN

We would also like to extend a huge Thank you to the team sponsors, Maxxis, Shimano, Fox, Smith, WTB, FTI Consulting, EVOC, Stages Cycling, and OneUp Components.