[Press Release]
Marco Fidalgo from Portugal is a professional mountain bike racer and ambassador for Berg Cycles. Always dreaming of adventure, he recently travelled to the North Coast of Madeira in order to show why this hidden gem is as special as its people.

Marco conceived this video project himself, and now ‘A Drop in the Ocean’ is a beautiful reality. This film which features friends Nadine Rieder from Germany and the Brit Paul Aston, whose objective is to reveal the potential of the less well known coast of Madeira Island an what it has to offer.

Porto Moniz in the northern coast of the island of Madeira, is surrounded by a great variety and natural wealth with the most precious resource being known as ‘ Laurisilva , which achieved World Heritage status from Unesco in 1999. Northern Madeira offers a landscape like no other. The Atlantic Ocean strikes the sharp terrain, which rises in to mountains, with deep green valleys embedded between the highest peaks and breathtaking cliffs. 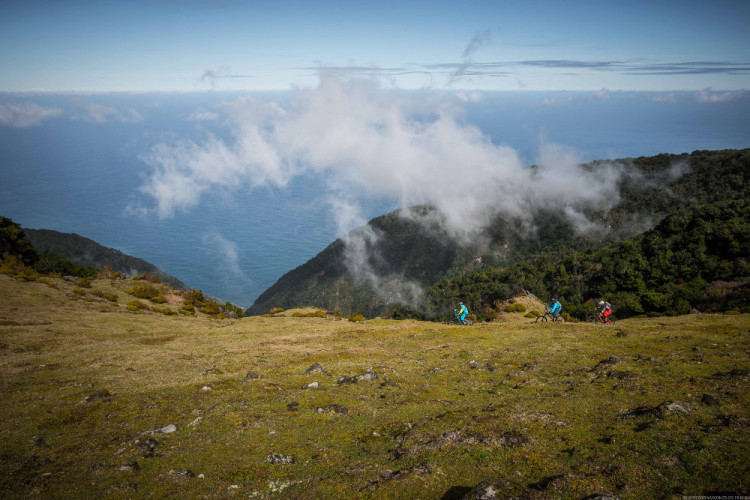 The average temperatures reach values above 20 degrees Celsius, whereas the temperature of sea water varies between 26 in the Summer and 17 during winter months. Welcomed either by its climate, by its landscape or the hospitality of its people, Madeira is an excellent destination that allows the practice of water, and outdoor sports throughout the year. Limitless adventure sports begin on the mountain and end at the sea.

“The North Coast of Madeira Island is actually one of my favourite places for adventure, and as such decided to invite two friends, the German Nadine Rieder and English Paul Aston to share with them new experiences. This work is very special to me because it promotes a healthy lifestyle. I am very excited and happy with the outcome, I hope you all enjoy and see that life takes on a different meaning when lived in the best possible way!”- Marco Fidalgo – Berg Cycles Factory Team