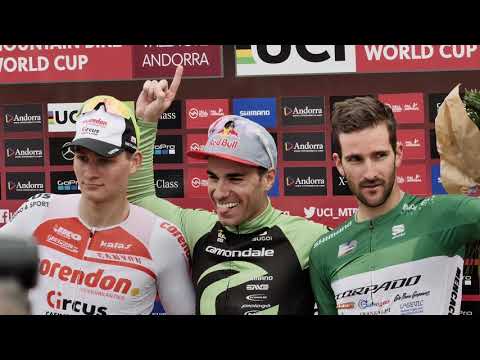 Cannondale Factory Racing athletes Manuel “Mani” Fumic and Henrique “Henri” Avancini are ready to kick off another race season together. Over the years, Mani and Henri have built a strong bond and lasting friendship. The athletes are both fierce competitors and have often tackled XC’s most demanding races including the Absa Cape Epic where they’ve made their way up the ranks, earning the silver medal in 2019.

Now, after a long eight months, the guys are ready to kick off the World Cup XC race season in Nove Mesto na Morave this week, on a track known to be fast and technical and one that always delivers on exciting racing.

While 2020 was an unprecedented year across the board for bike racing, Mani and Henri aren’t looking back. For 2021, these two world-class riders and teammates will once again focus on leading the CFR team to continued World Cups; Olympic race and stage race victories; podiums, and beyond. Henri will race with Cannondale through 2023, while Mani returns strong for his final season of his career. Together, they will continue to share their camaraderie, the fun and excitement of the sport, and their passion for riding around the world.