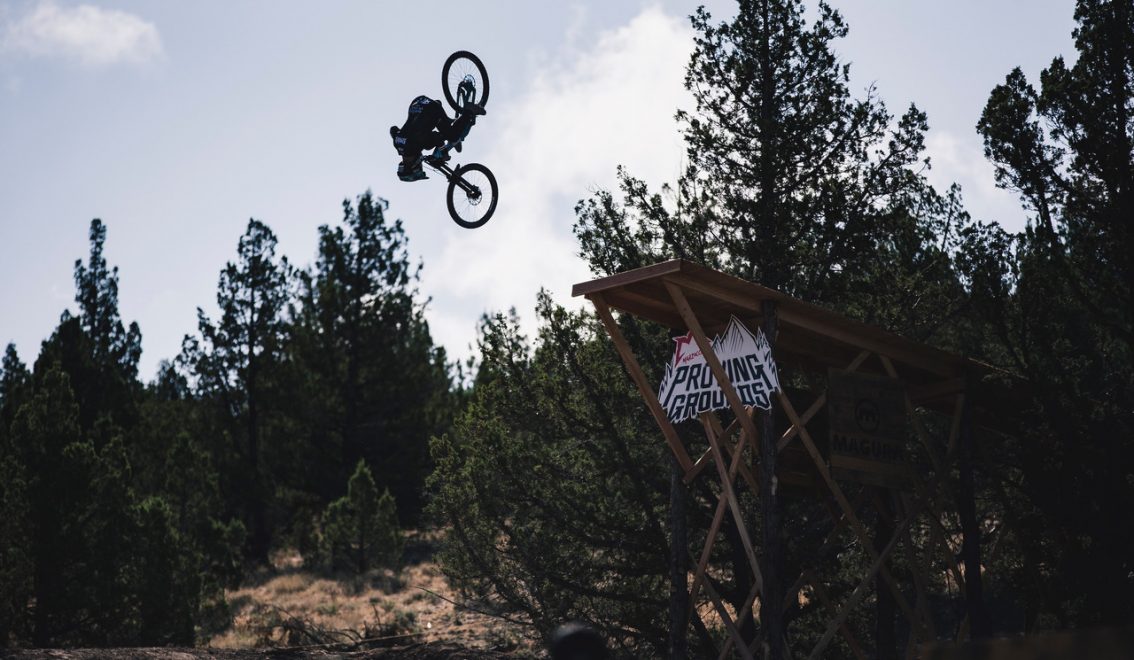 Prineville, Oregon (September 9, 2019) – Deep in the heart of Oregon’s western wilderness a freeride competition concluded today with Reed Boggs, Juan Diego Salido and DJ Brandt atop the podium, their performances earning them the last three qualifying spots for the 2019 edition of Red Bull Rampage. The man-made course featured multiple lines to let athletes choose their own path and style, with huge drops, massive doubles, berm presses and rhythm sections that allowed the rider to showcase their creative line selection and capacity to go big when it means qualifying for the biggest show in freeride. 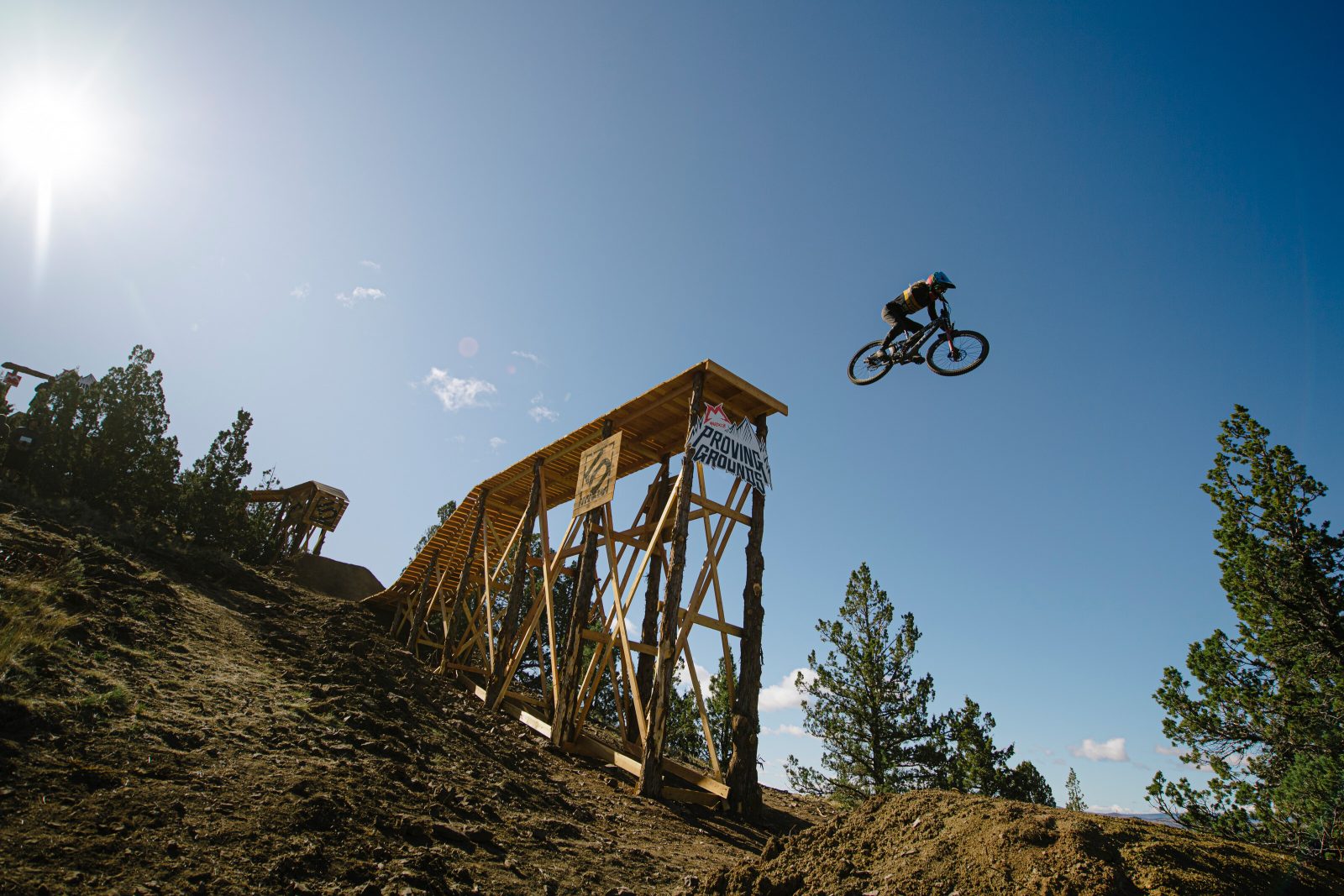 22-year old, Bend native Reed Boggs set the tone early in the day with a big first run featuring two backflips, a frontflip and a 360. Shortly thereafter rain and wind blew in and put a temporary hold to the competition, but after patiently waiting a few hours the course dried enough to conclude a full second round of competition.
2019 PROVING GROUNDS RESULTS
The first run out of the gate after the wind hold was Juan Diego Salido, a young talent out of Mexico who put in a huge run in front of an anxious crowd. “I can’t believe I’m going to be the first Mexican to compete in Rampage, carrying the flag!” said Salido shortly after stepping off the podium. “I’ve always seen Red Bull Rampage as my main goal! I’ve got Red Bull Hard line coming up and then it’s time to head to the desert and get ready.” 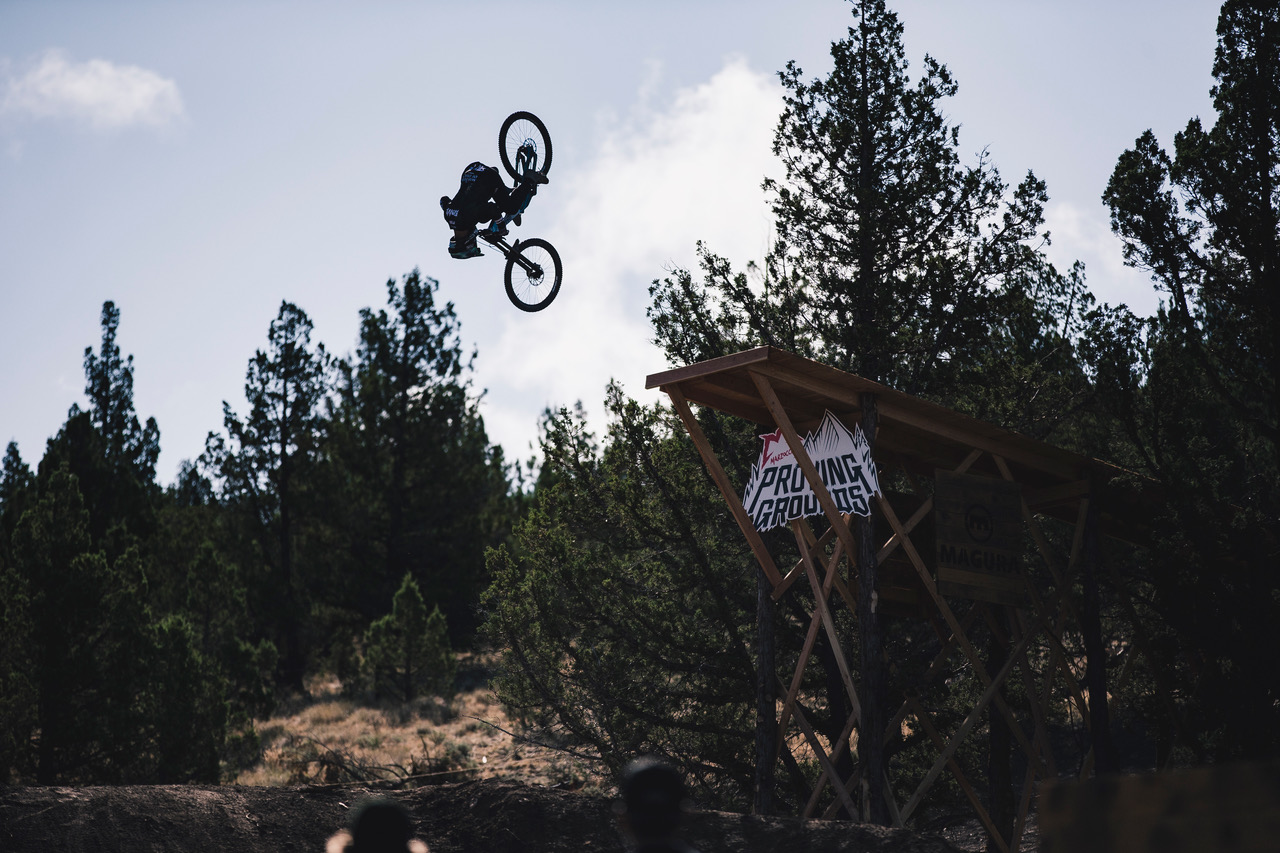 DJ Brandt’s day nearly ended before it had even begun. At the very beginning of his first run he blew a tire coming off one of the start drops and was forced to abort his run. “I can’t believe it actually happened, it was a hell of a road to get [that second run] in” said Brandt after securing what will be his second trip to Red Bull Rampage.
The Marzocchi Proving Grounds is supported by: Marzocchi, Five Ten, GoPro, BFGoodrich, Magura Brakes, Clif Bar, Fast House, RaceFace, Alpine Bike Parks, 10 Barrel Brewing, Camelbak, Smartwool, CBD Plus, PinkBike and Oregon Dirt Park. 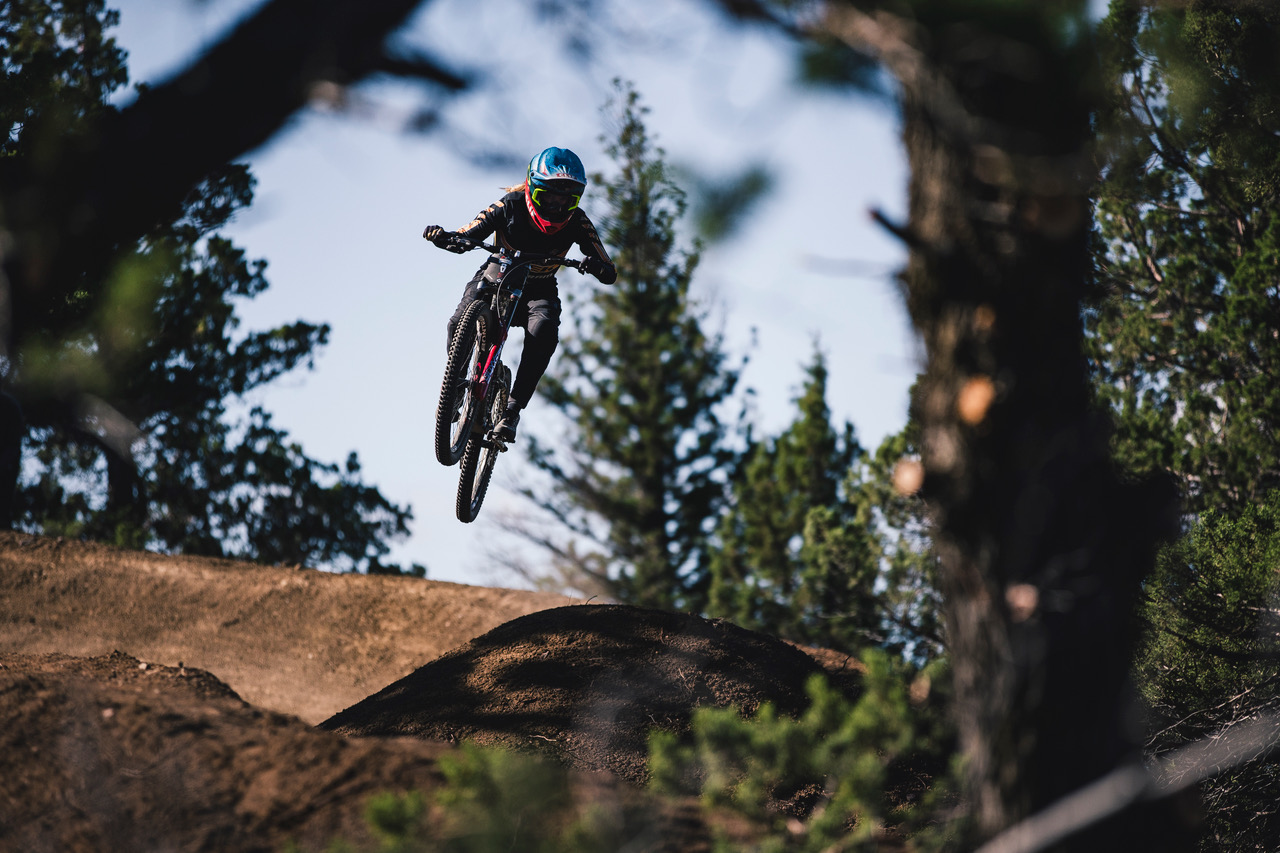