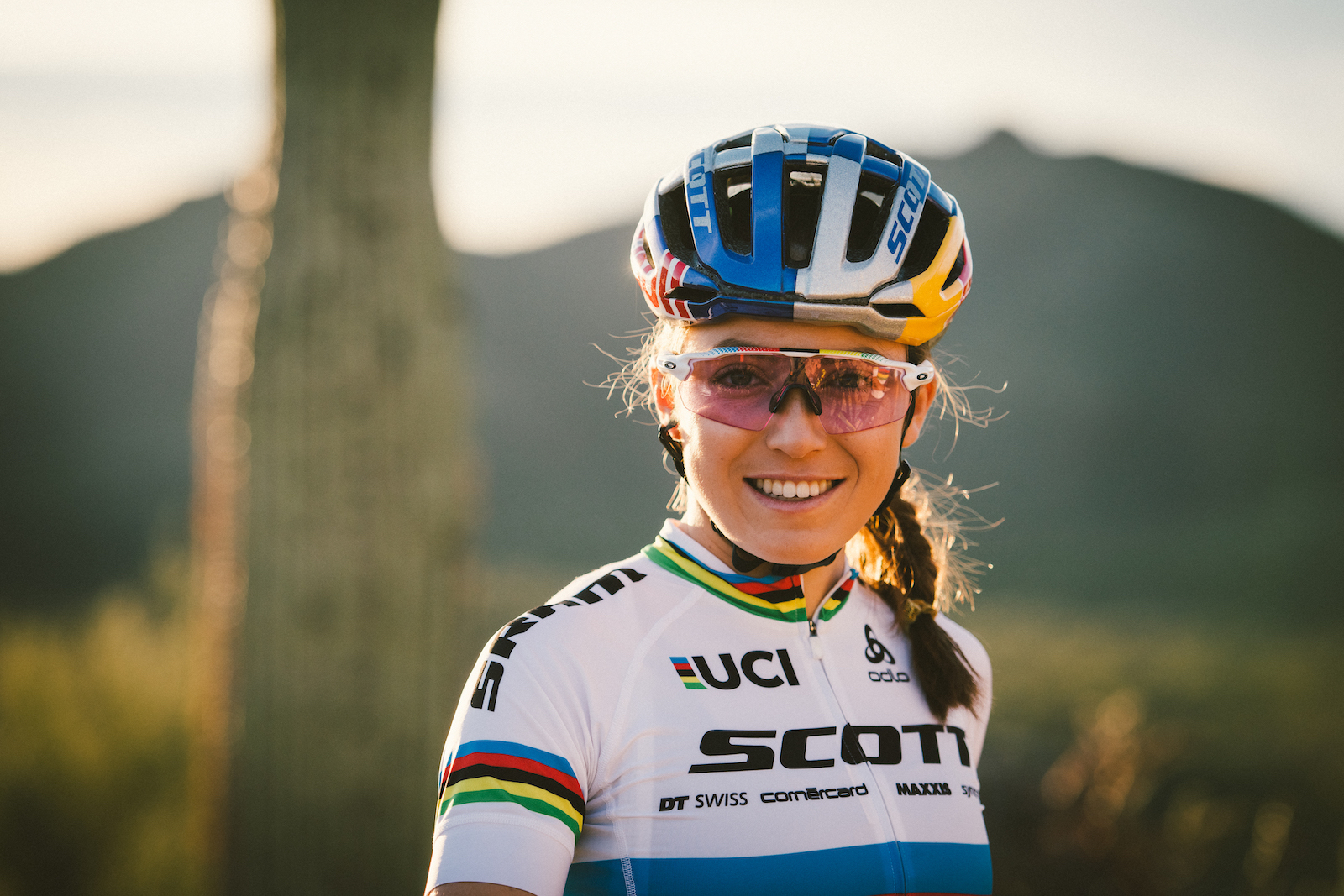 “I grew up at the base of a mountain, and that has shaped who I am. I’ve always been looking up.” – Kate Courtney

Join us for the first chapter of Rising as we go to the roots of Kate Courtney’s mountain bike career.

Despite her young age of 23, Kate Courtney belongs on the list of the most influential cyclists. Kate inspires people inside and outside mountain biking through authentic character and perseverance as an athlete. Each chapter will take a personalized look at Kate’s journey so far and goals to come as she looks towards the 2020 Olympics in Tokyo. 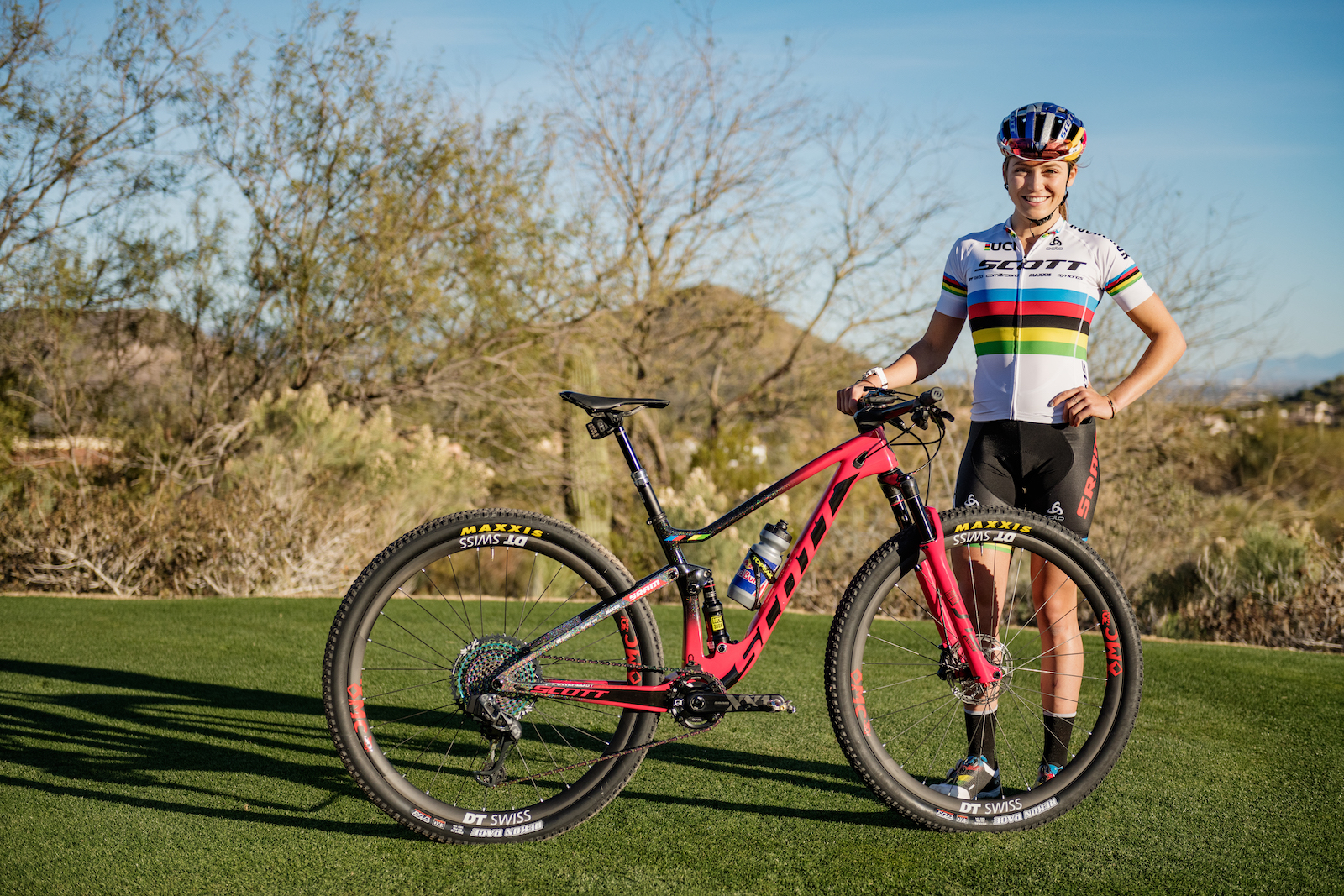 Legend has it that mountain biking was invented on a fire road called Repack on Mount Tamalpais in California. Kate was raised at the base of that mountain, a place where mountain biking has always been a part of the fabric of the community. In the 1970s, mountain biking pioneers such as Tom Ritchey, Gary Fisher, Joe Breeze and others held their first bike rides on gravel roads in that area just outside San Francisco. 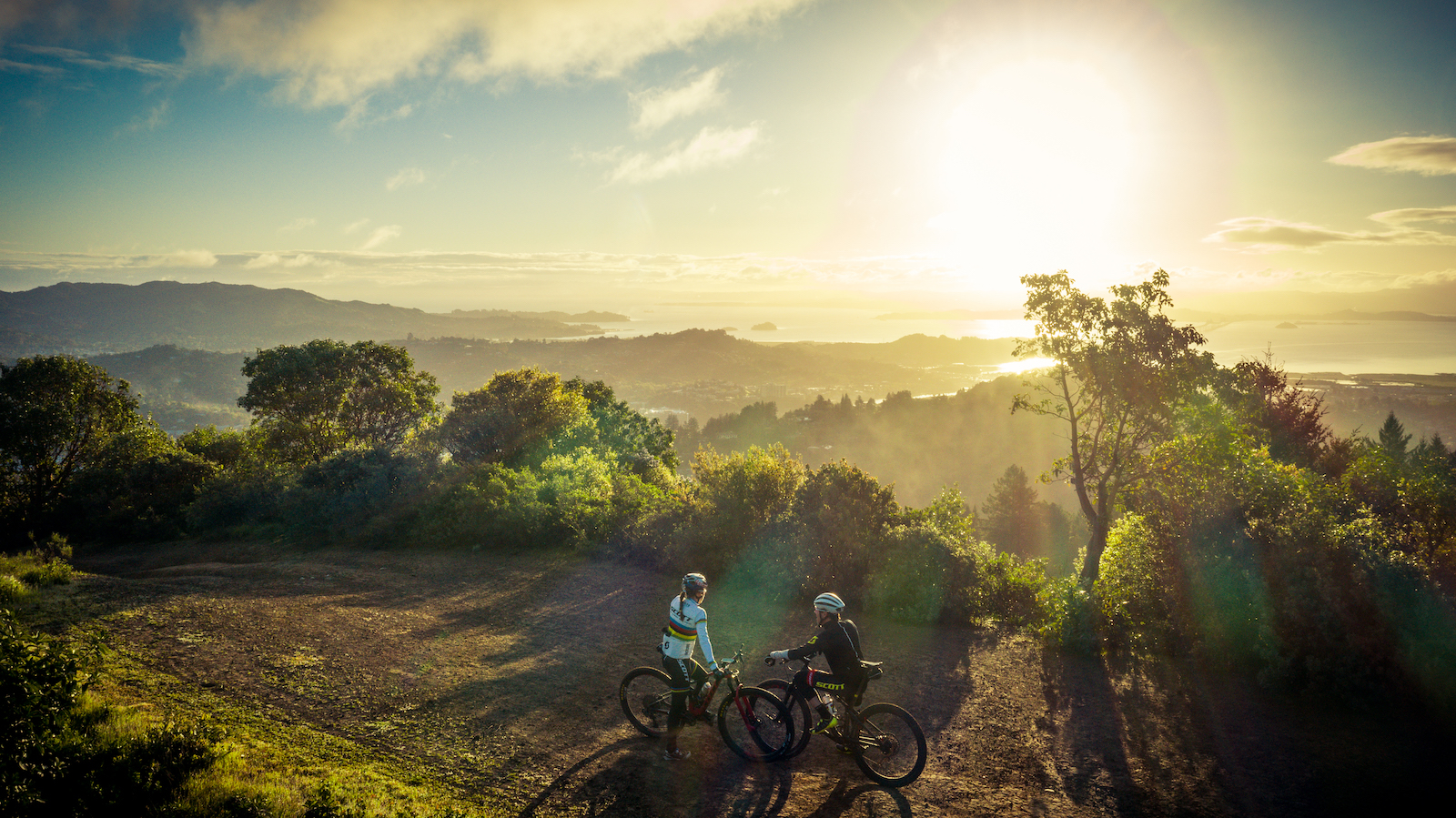 “Growing up riding here surrounded me with the idea that mountain biking is special, and the mountain is special.” – Kate Courtney 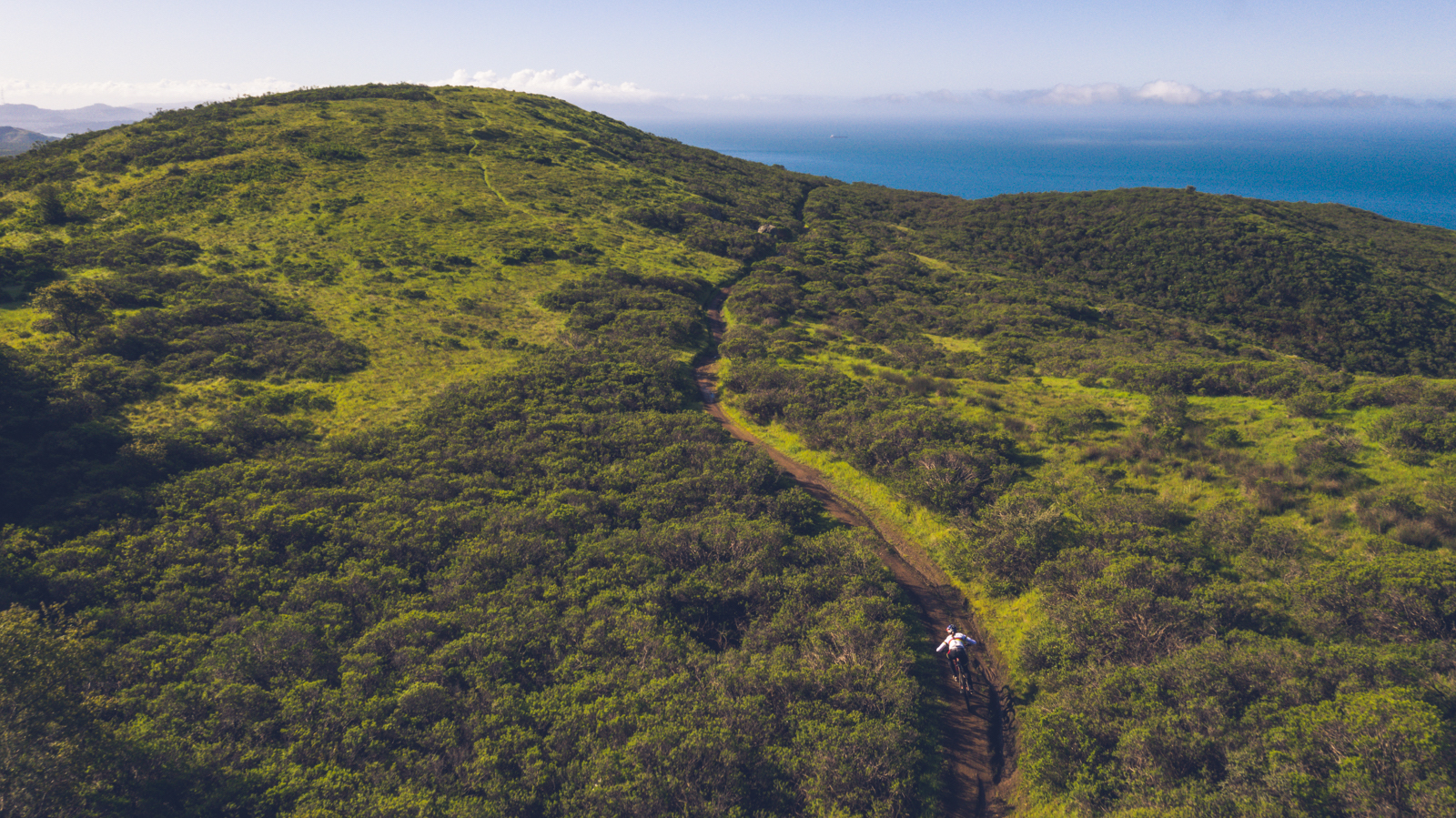 From a tandem bike to a rainbow jersey, mountain biking is something Kate shared with family. Growing up Kate would spend her Sundays together with her dad riding to get pancakes. It was her dad who shared the love for mountain biking and taught her how to ride a bike. Today Kate credits the support system of her parents, boyfriend, mechanic, and team as key part of her success. 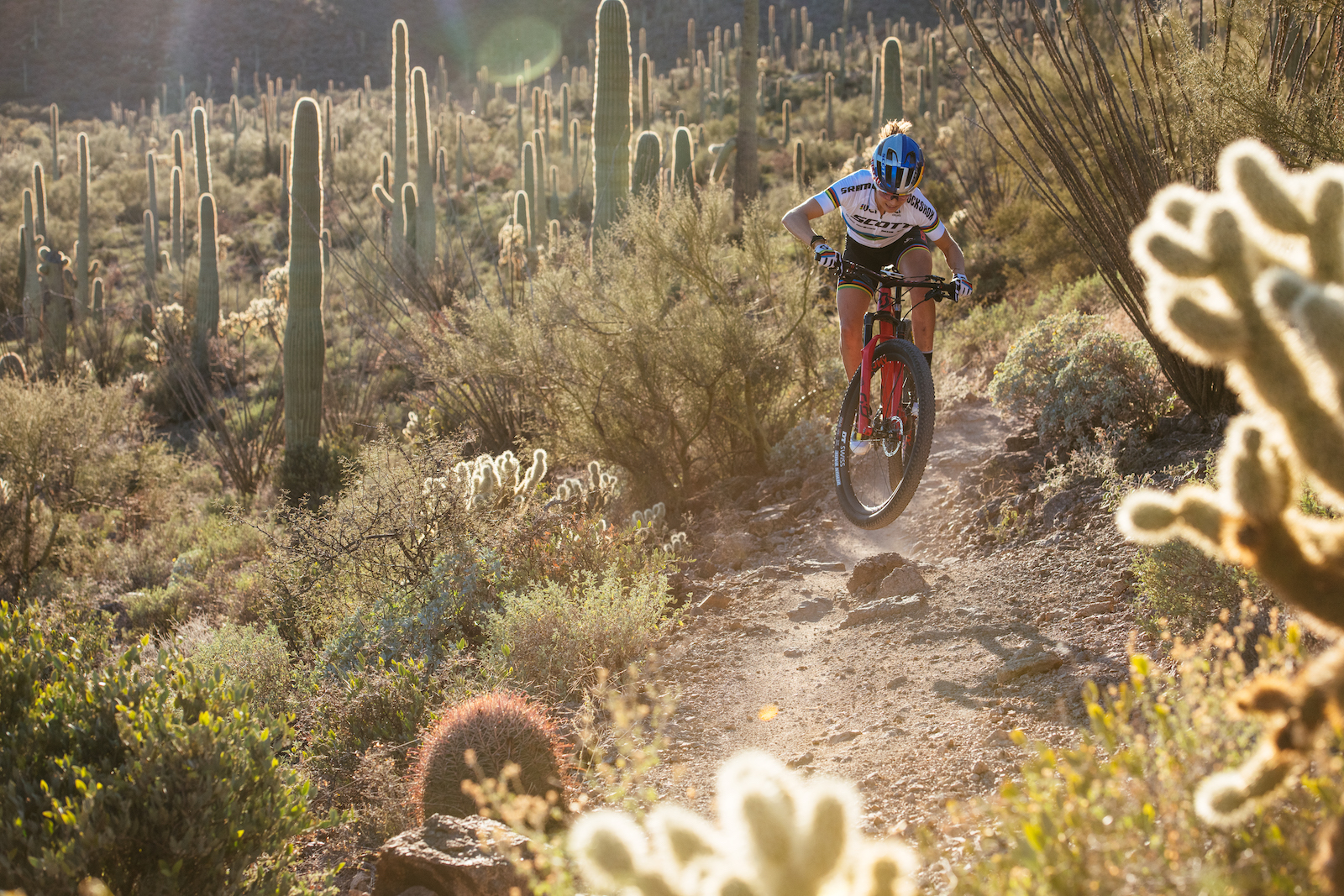 “I think it’s the most special thing that my dad and I can go out and ride in the rainbow jersey on Mount Tam, and it doesn’t feel so different than it did when I was little.” – Kate Courtney 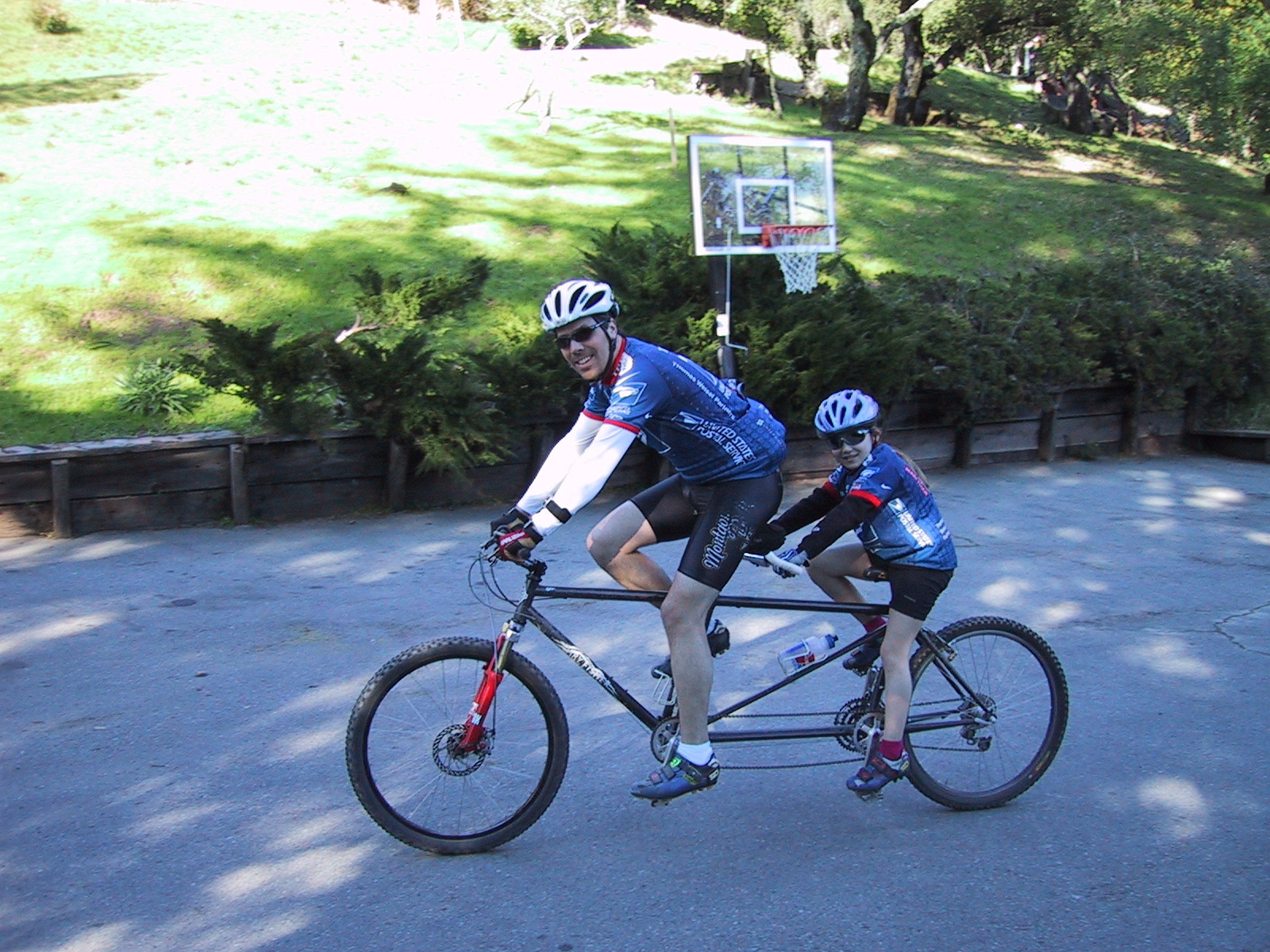 Kate’s connection to mountain bike racing started when she joined the Branson High School Mountain Bike team as a Freshman. She won her first race at Fort Ord and quickly progressed becoming the first American woman to win a UCI Mountain Bike World Cup in the Junior category in 2012. After graduating high school in 2013, Kate went on to Stanford University to study human biology balancing school and racing. In 2017, she won four U23 World Cups earning the U23 Overall World Cup victory. In her first year as an Elite, she placed top 10 at six World Cups before coming from behind to take the 2018 Elite XC World Championships in Lenzerheide.

Kate started the 2019 season strong taking the Pan-American Championship Title and top three at the Sea Otter Classic. Catch Kate at all eight stops of the 2019 UCI XCO Mountain Bike World Cup as she looks to defend her rainbow jersey. 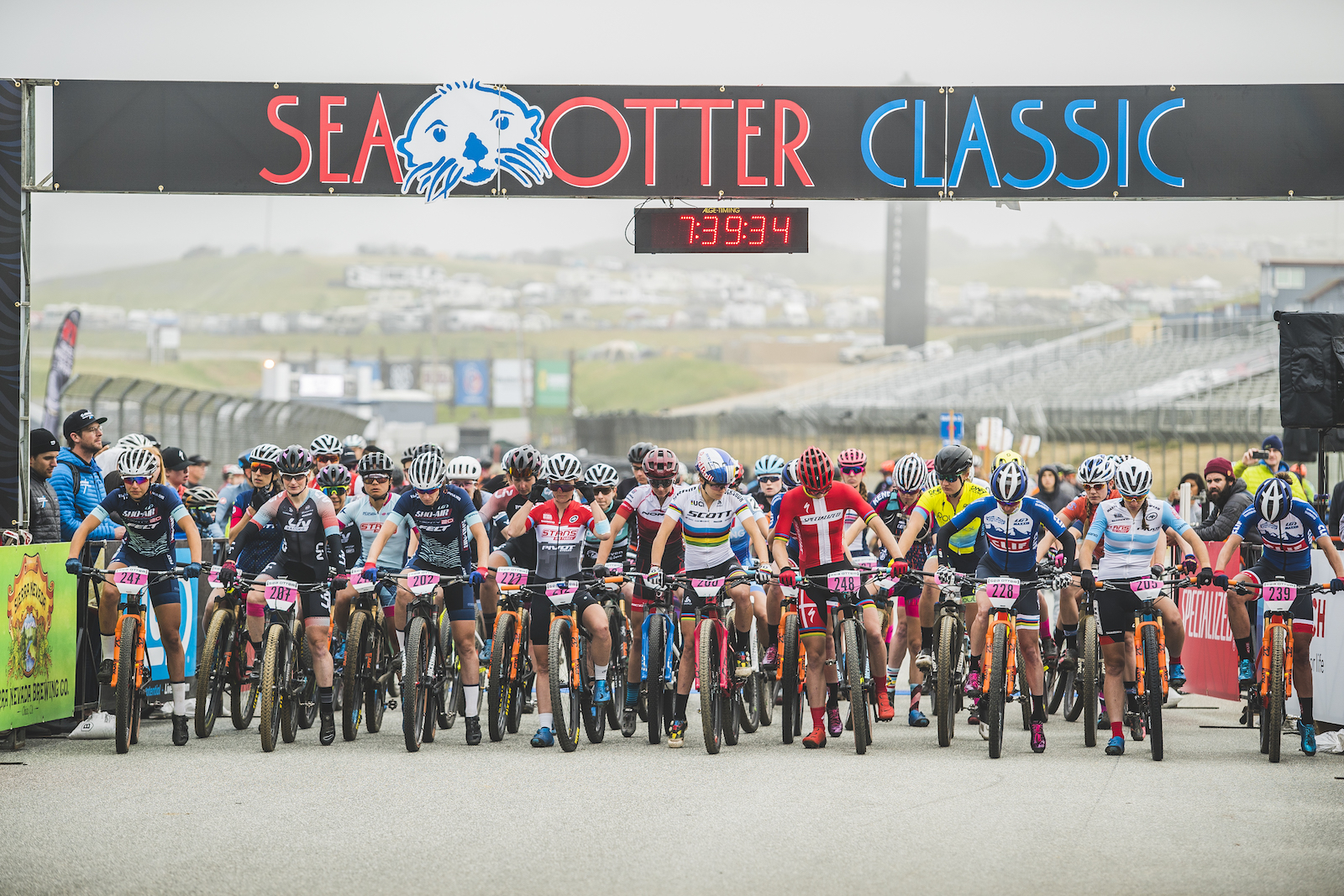 From racing US Kids Cups to the top of the World Championship podium, Kate is a source of inspiration for all ages. At the Sea Otter Classic, Kate shared her story with the Little Bellas Mountain Bike Organization. 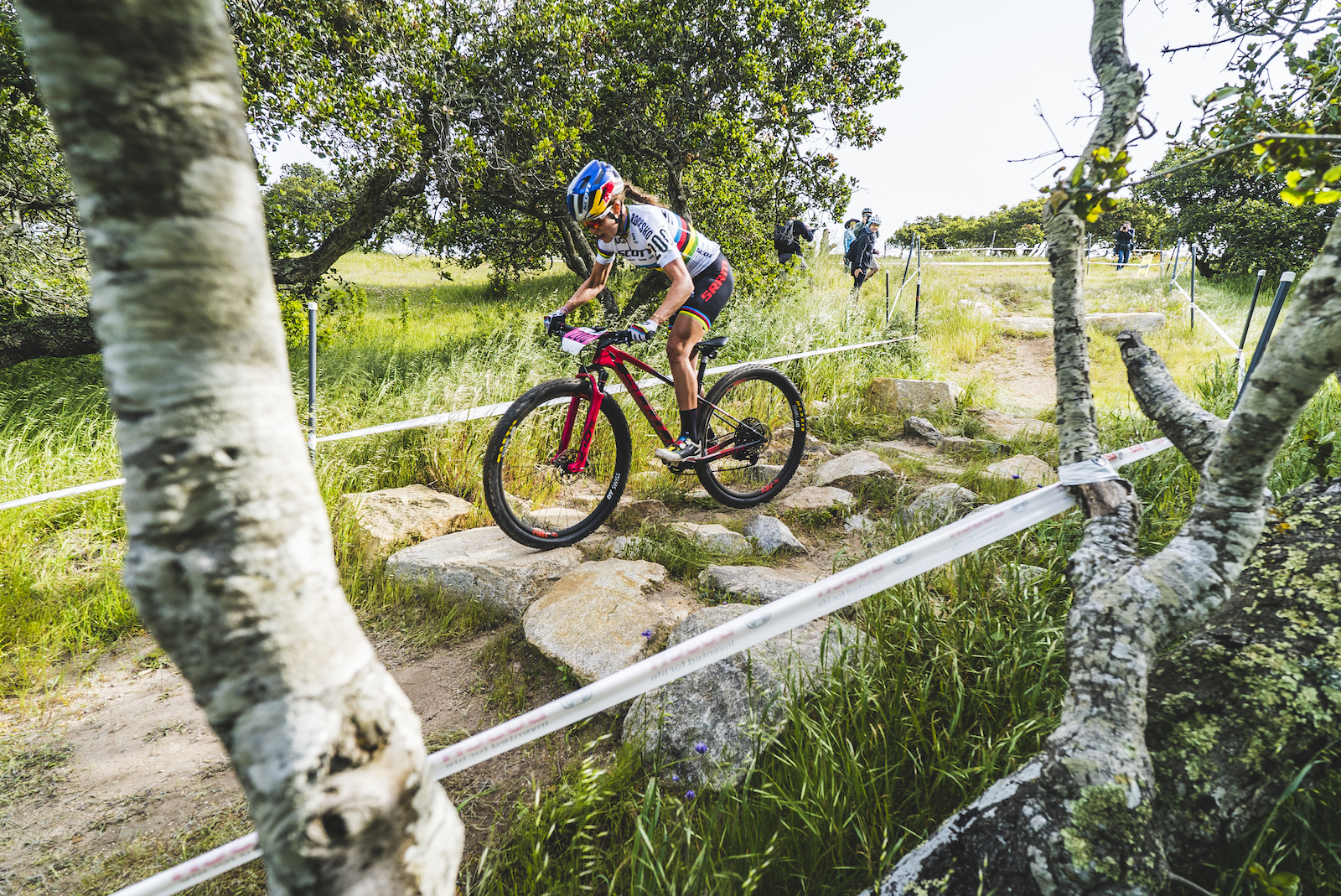 “Seeing fans that genuinely want you to do well, and are excited you’re there and came to watch you – that’s an incredible thing that is so unique and rare in life. To take an extra moment to sign a jersey for a kid or talk to them about their mountain bike might actually make a difference in what they do. That is something so special and I have the opportunity to do. I see that support and those fans as fuel pushing me forward.” – Kate Courtney 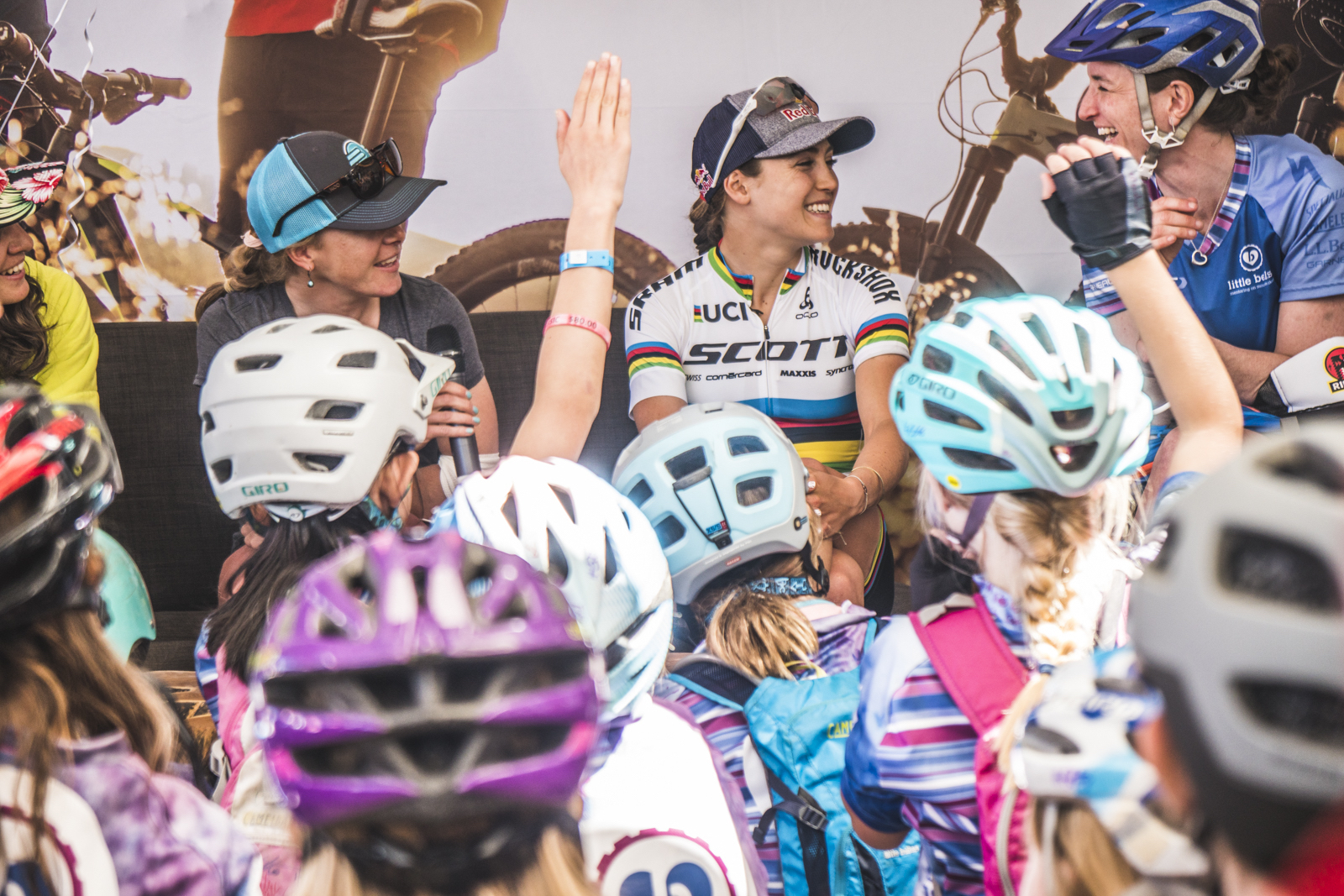