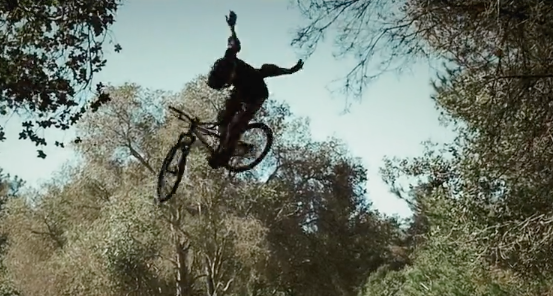 Ryan Nyquist announced today he will be competing as a dual sport athlete this year, riding for both Haro BMX and Haro MTB.

“I’ve been riding and competing in BMX for over 20 years and I still love it just as much today and I did when I started.” said Ryan. “But for me, riding has always been about pushing myself to achieve new goals, and MTB is another way to challenge myself and progress my riding.”

Ryan participated in select MTB events in 2015 when he noted his interest was peaked by both the similarities and the differences between dirt jumping and BMX. Ryan will continue to ride BMX competitively, but will now commit officially to a competitive MTB schedule as well.

“When you think BMX you think Ryan Nyquist, and that’s never going to change.” said Joe Hawk, COO of Haro Bikes. “But if he’s looking for an extra challenge, we’re thrilled to have him involved in just another branch of the family with Haro MTB. We know he’ll bring the same excitement to the MTB world that he still does today on the BMX side.”

A household name in both BMX dirt and park, Ryan Nyquist started riding at the age of three and competed in his first BMX freestyle competition when he was 16. Competing in his first X Games at the age of 18, Nyquist has been a BMX legend ever since. By 2003, he had won every major dirt competition – X Games, Gravity Games, Vans Triple Crown, and the King of Dirt. 2016 will mark Ryan’s 20th year with Haro BMX.

Haro Bikes has been world renowned as a leader in the BMX market for more than 35 years. Haro entered the mountain bike market in 1988 and has recently begun to make a significant name for itself in the industry—often employing disruptive tactics to do so. Haro MTB maintains that mountain biking should be done for the sport, rather than for the status, and aims to offer products that allow its consumers to do so without overspending.