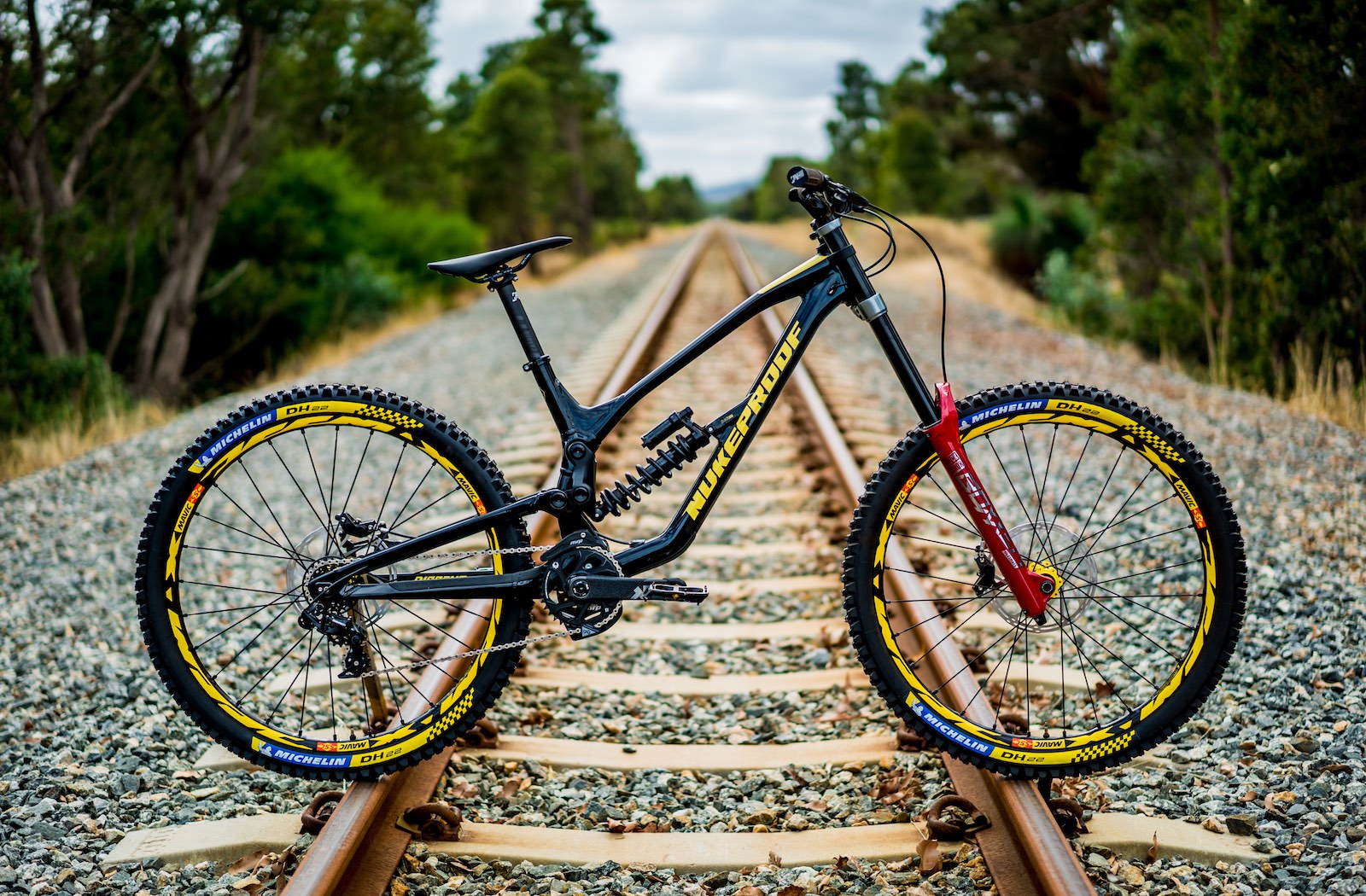 Nukeproof bikes have always had racing in their DNA. It comes from being developed and tested in conjunction with the world’s fastest racers. Our DH bikes have gone through several iterations since the original Scalp back in 2012; each essentially evolving from the last. The new Nukeproof Dissent makes the exception and after nearly 7 years of using our highly successful Fallout linkage, the new Dissent breaks the trend, taking on a new linkage platform design.

The Dissent platform was originally conceived by our engineers as a concept to test several progression curve theories at once. However, in turning the theory into reality, we created something much better than expected, and the prototype won on its international debut at Crankworx festival’s Garbanzo Downhill race with Sam Hill.

The new DISSENT platform may look quite similar to the Pulse frame at first glance, but if you dig a little deeper it is actually quite different. There were several main changes we wanted to make:

Structurally the most obvious change is that the rocker link is now positioned on the outside of the seat tube, rather than tucked inside a clamshell as before. This allows us to drop a fair bit of weight whilst increasing the frame stiffness at the same time. The suspension platform also now uses a push rather than a pull link. This helps to reduce the loads and stresses on the frame again helping to further save weight and improve durability. The result of all of this is that the Dissent frame has shed 400g over the Pulse. 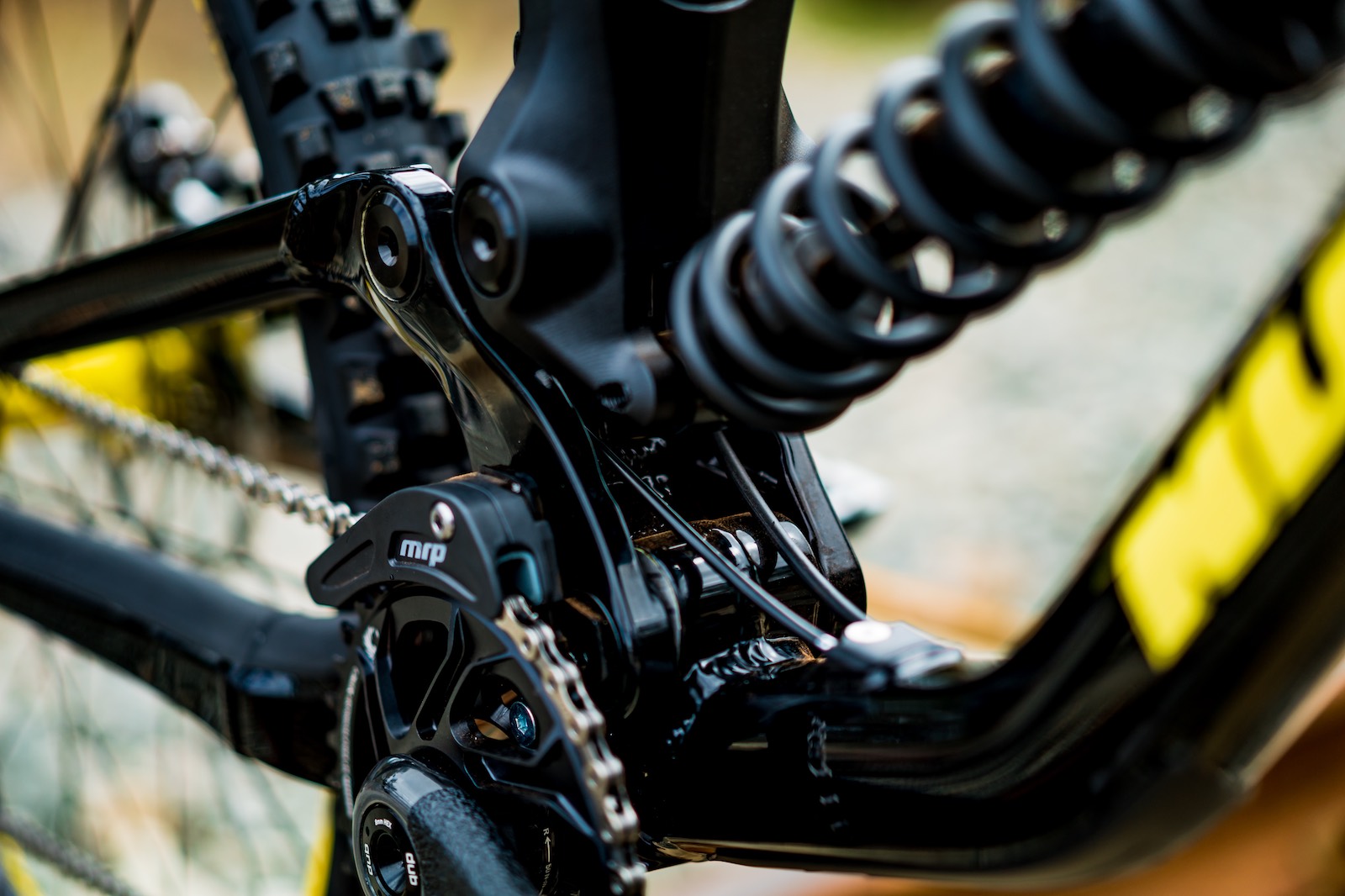 The most interesting feature is the least obvious. The main pivot flip chip is designed to essentially work like a bottomless token but for a coil shock. In other words, we have designed 4 main pivot positions, which alter how progressive the suspension is. Cleverly the geometry and travel do not change between positions. Note: The sag difference between each setting is around 1% so you should not need a different spring rate for each unless you are already at the upper or lower end of the scale. 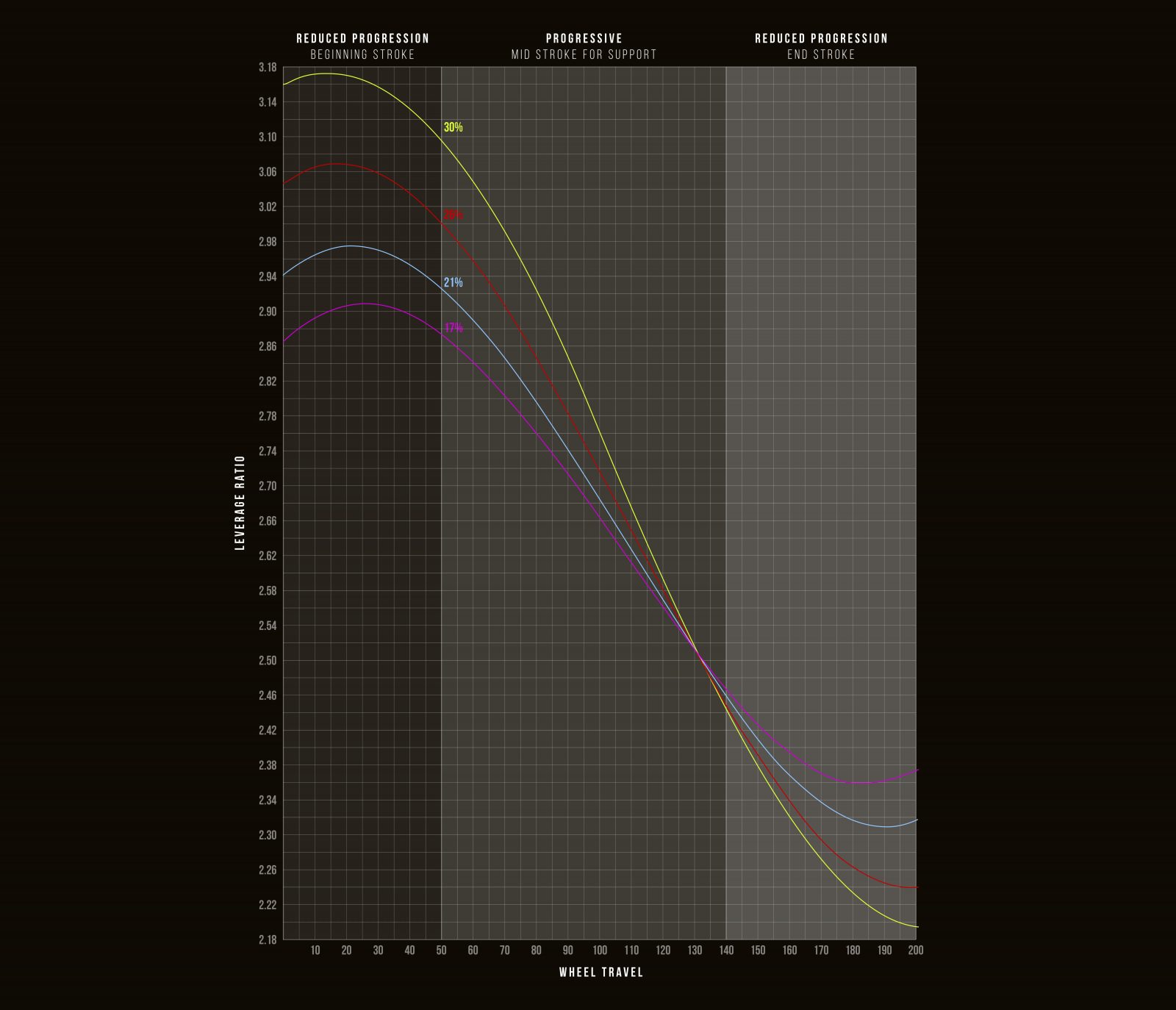 It is not uncommon for different world cup riders to want a slightly different characteristic to one another depending on factors such as their riding style and whether they run flat pedals or not. With this feature you can get a similar result by simply loosening the main pivot and changing the position.

We believe that low anti-squat but good mid stroke support is a winning combo.

Position 1. Position 1 has the lowest anti-squat, but it also has the most mid stroke support. Therefore, it still pedals great.

Position 4. Position 4 in contrast has the highest anti-squat but also has the least mid stroke support. Therefore, it still pedals great. 27.5″ wheeled bikes are available in S, M, L and XL sizes, while the 29er offers M, L, and XL. This gives a total range of reach from 425mm up to 485mm with enough small gaps between so riders can easily size up if they choose to do so.

The 27.5” and 29” frames are two totally different, compromise-free, unique frames that were designed and developed at the same time. Wheels size choice really comes down to personal preference and your riding style but we think you will be fastest on the bike that fits you best. If you have the range to ride a 29” bike without the rear wheel getting in your way, then this will probably be the fastest option for you. This means that taller riders may gravitate towards the 29” version and smaller riders will pick the 27.5”. 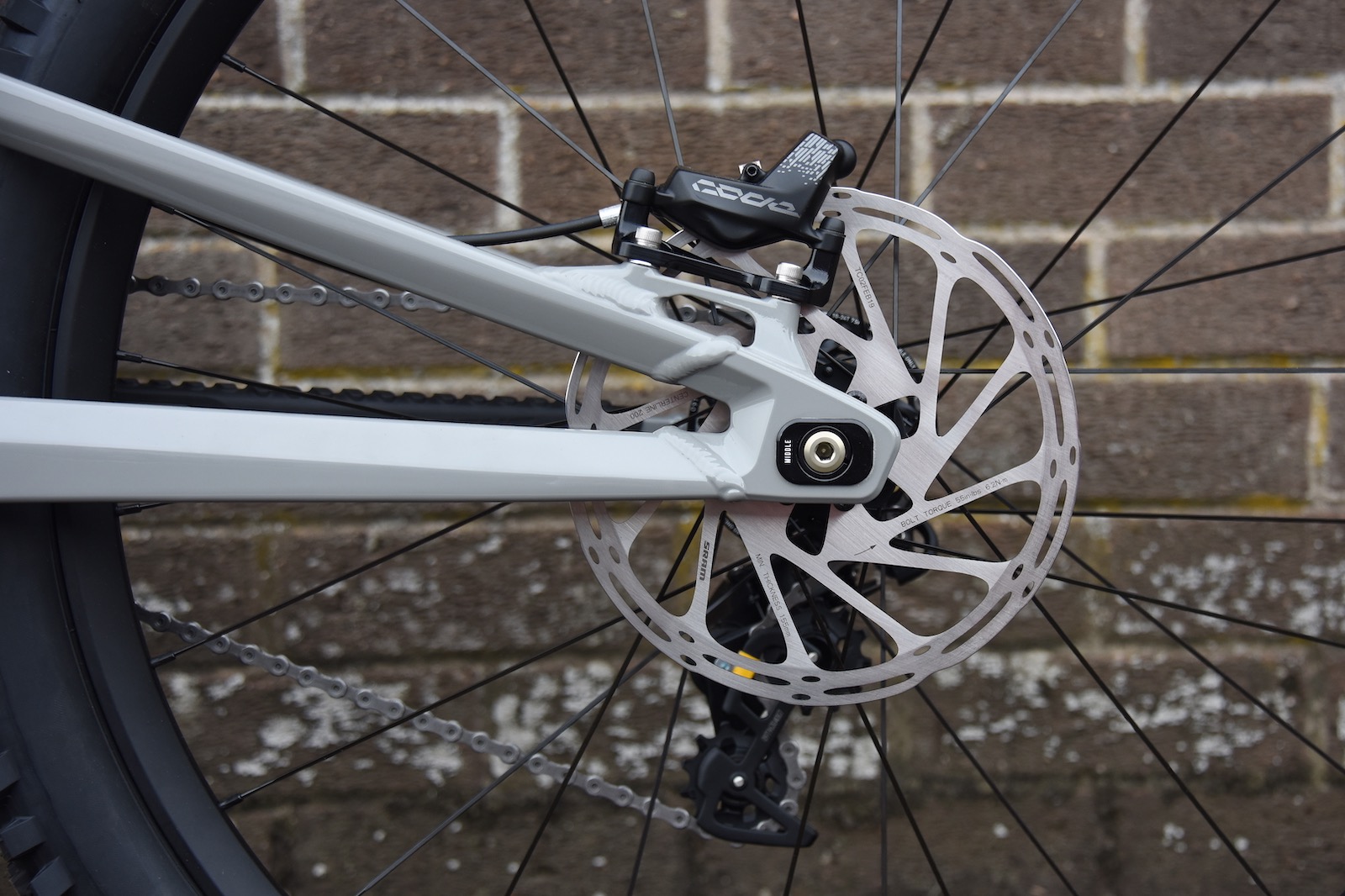 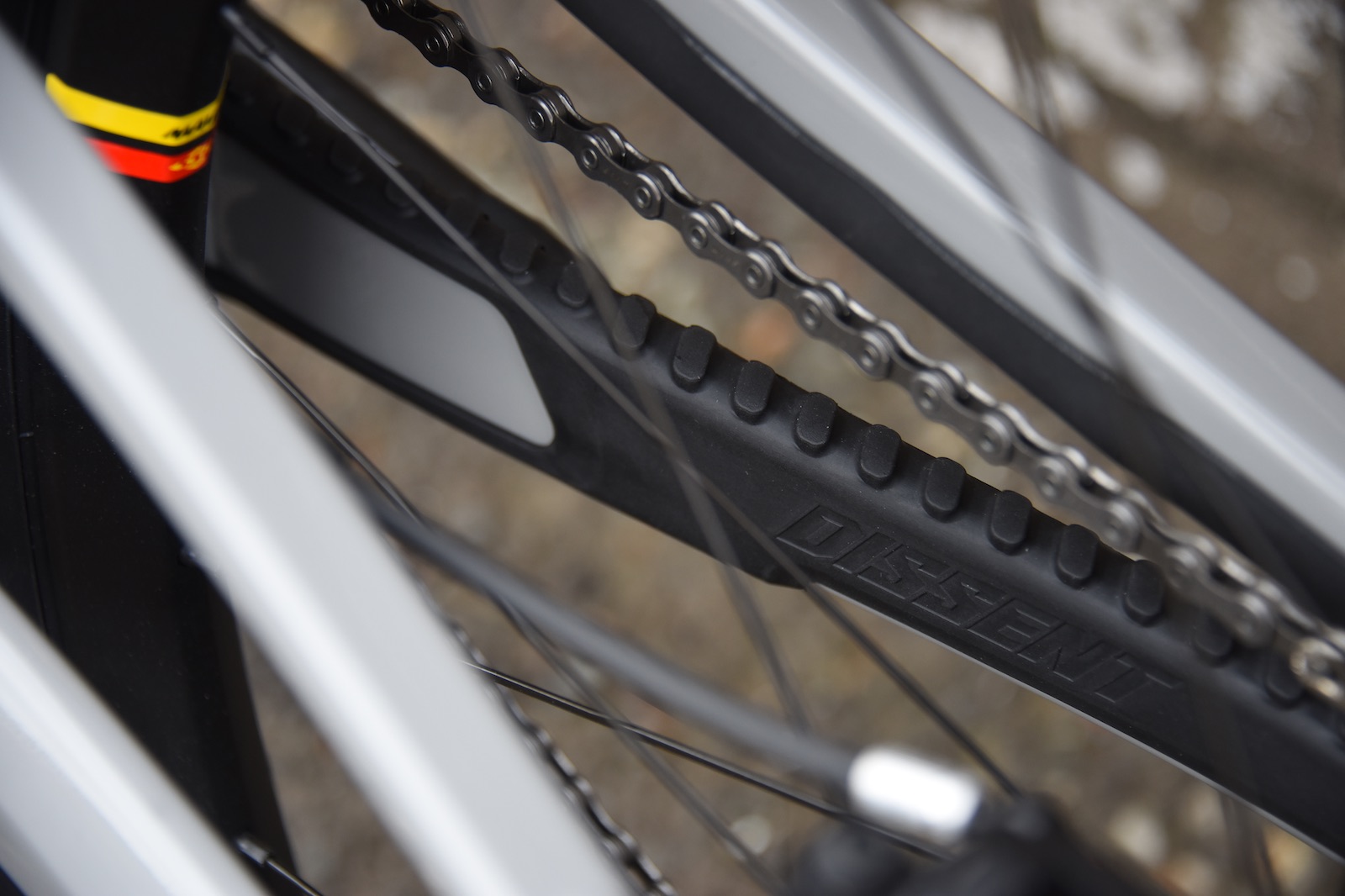 Mud Clearance has been designed with the worst UK weather conditions in mind. 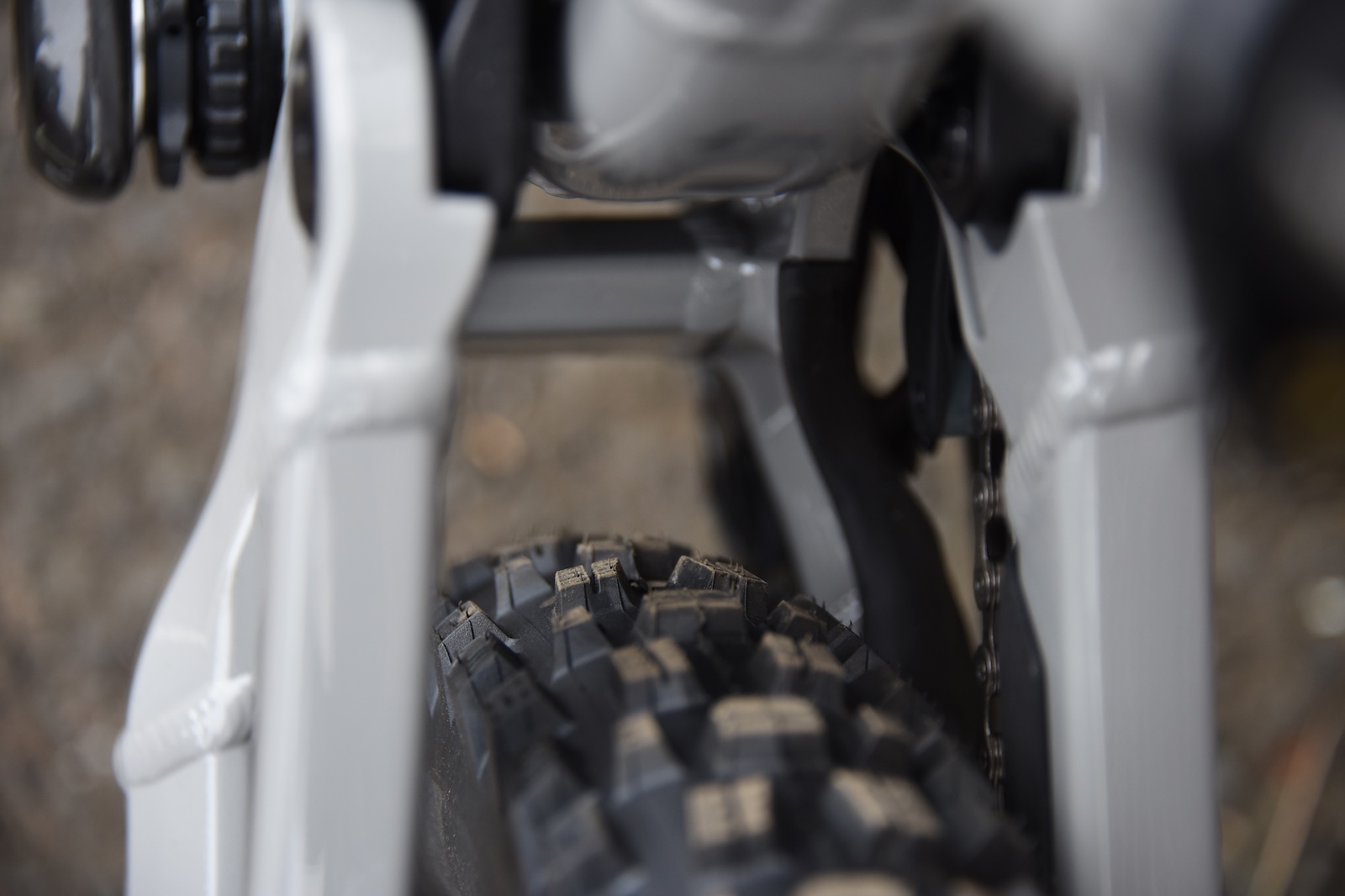