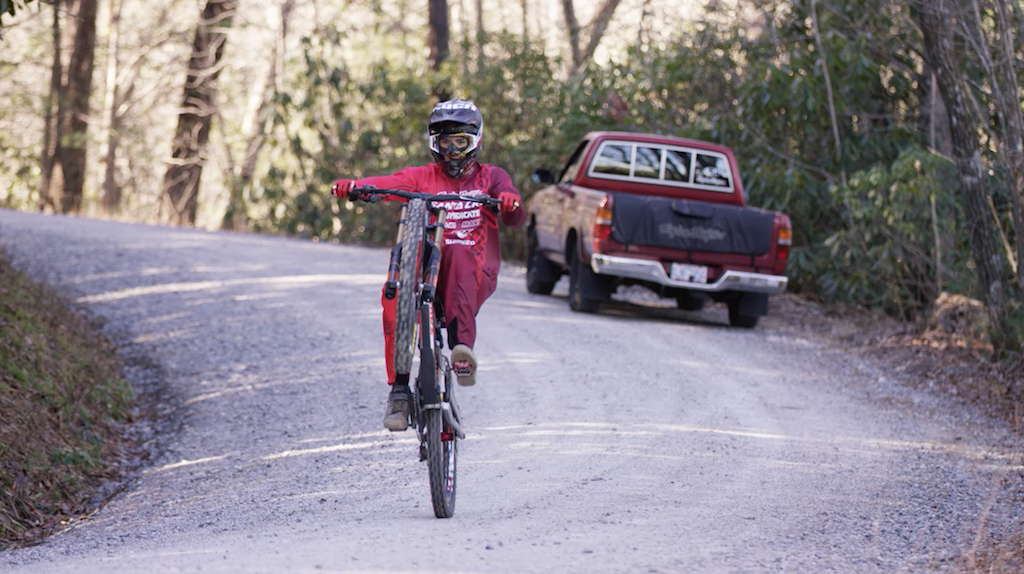 American DH racing was dormant for a long time, and given that mountain biking is widely credited as having been born in 1970’s California, that was somewhat of a travesty. Then along came Aaron Gwin to drag his nation proudly back to the top of the time sheets of World Cup downhill races.

To think that US downhill is a one man bandwagon would be a mistake however. Luca Shaw hails from San Francisco, California and has just signed with one of the sport’s most highly regarded race teams: Santa Cruz Syndicate.

The 20-year-old recorded some impressive results in 2016, including a fifth place at the legendary Mont-Sainte-Anne UCI World Cup. Blessed with an extremely level headed approach to racing, will 2017 be the big breakthrough year Shaw seems to be building towards?

We don’t have a crystal ball so we don’t know yet, all we asked him to do was to go as fast as possible for our latest Sound of Speed episode. Enjoy.