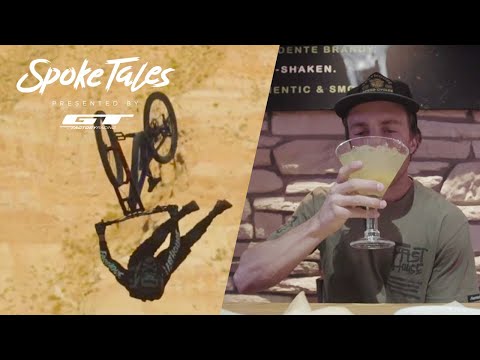 Tyler McCaul has been a part of the Rampage family since he first watched his big brother Cam huck himself off the Utah cliffs back in 2008. Since those early years, he’s grown from grom spectator to ‘El Nino’ of Rampage to being one of the staple athletes to come back and better himself year after year.

For 2019, Tyler and fiancee Skye made the move from California to Virgin, Utah, so Tyler could dig, ride, and prepare for Rampage like he’s never been able to before. We spent a few days with Tyler at his new home as he waits for the perfect break between windstorms, fine-tunes his arsenal of tricks and allows himself the time needed to be as ready as he can be for the most insane event of the year.

“This year at Rampage we’re riding for Jordie Lunn, who was just as much family to me as he was a friend. A one of a kind human who could change the mood of any room he walked into for the better. Forever Jordie Lunn… Forever Rough AF.” – Tyler.