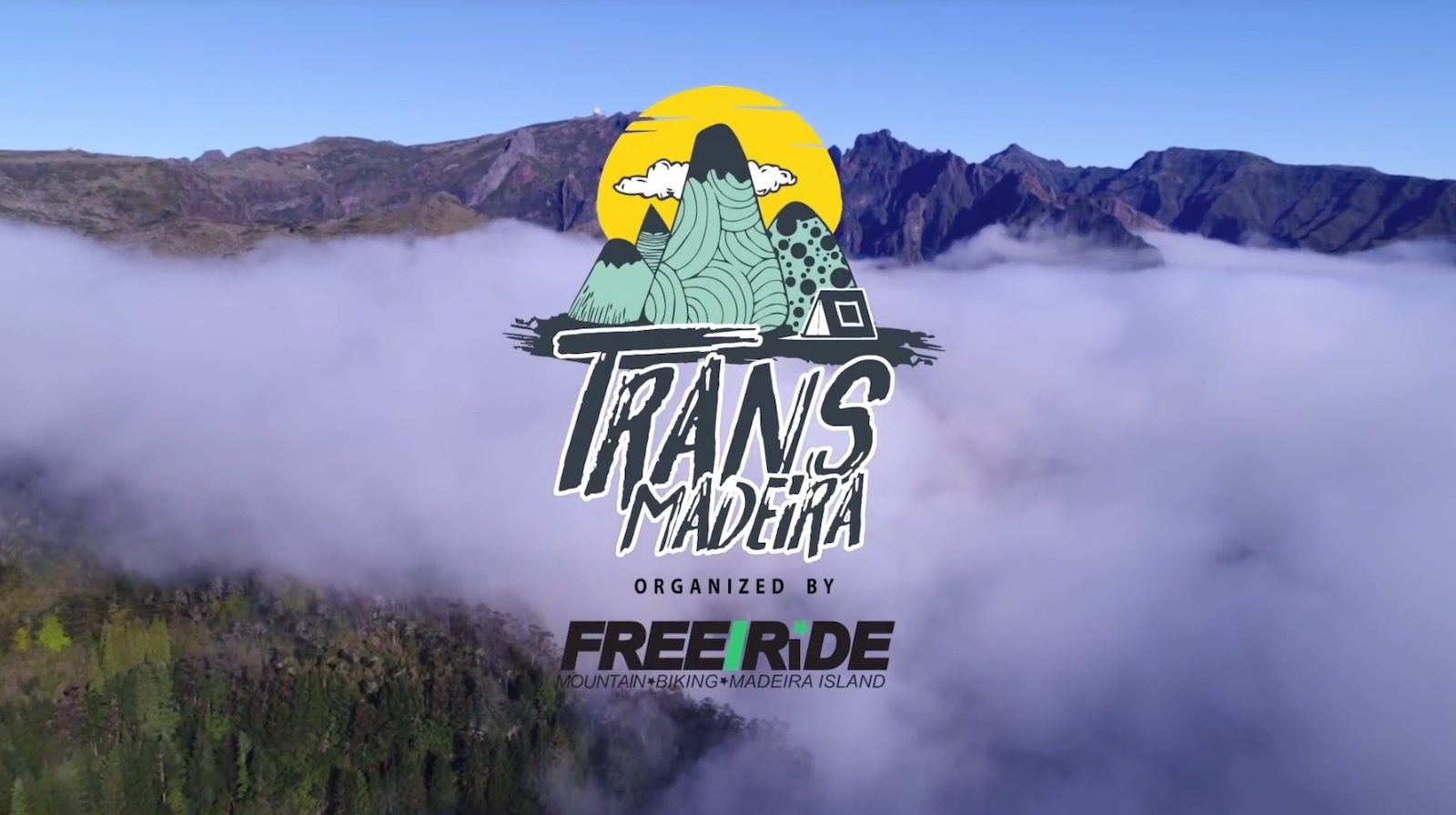 After a couple years of dreaming and seven straight months of true planning Freeride Madeira finally pulled off the first edition of Trans Madeira, a multi-day and multi-stage enduro race that crossed the ‘Pearl of the Atlantic’ from East to West, covering all four corners of the island. Registrations opened back in December 2017 and sold out fast, with over 50 applicants in just a couple hours, which made the event possible and able to move forward. 119 riders from 26 countries decided to add Madeira to the bucket list after hearing such wonderful things from the Enduro World Series experience last year but also from past bike holidays and media content. From East to West, racers covered 213 kilometres crossing some of the most epic liaisons in Madeira, known to have some of the most diverse terrain on earth! A total of 29 special stages, 6500 meters climb and 14000 meters descent made this more than a race but an adventure like no other.

Day one started in Machico with the bike camp in a white sand beach, in a village that welcomed the Enduro World Series in 2017. Six special stages in certainly one of the most terrain of the island, from Bike Park style trails to pine steep singletracks. Muddy to dusty. Pines to cactus, all in one day of pure adventure in the East side of Madeira. A total of 48km, with 1419m climb and 2790m descent, crossing one of the most iconic trails of Madeira, ‘Boca do Risco’ that was nominated for Trail of the Year after the EWS in 2017. Clementz started with two stage wins as well as Bryceland, closely followed by local superstar Emanuel Pombo that got one stage win. Peat decided to attack on the very last stage of the day with resulted with a win and a fourth place overall after day one. Top five was now 58 seconds apart with 23 special stages to go! Ines Thoma got first place and would keep that result along the week.

“I was constantly admiring the ridges and peaks with blankets of clouds in the valleys. We saw everything from dry and dusty to greasy and rowdy, to high speed amongst the clouds. An excellent sampling of Madeira and the days to come! One thing for sure, mundane would be nowhere to be found. Top it off with a swim in the ocean with your new riding buddies and you’ve got an ace day!” – Noel Bolso (CAN)

“After being welcomed with that amazing set-up in Machico beach, the first day at the east side of the island was unforgettable! That feeling of going from a completely dry and super fun flowy trail to a technical and slippery on the second… it’s the true Trans Madeira experience!” Andre Cachado (POR)

After a good night sleep in the same bike camp as day one, riders had 37 kilometres in front of them with about 1310 climb and 2490 descent. Again, variety was key in a day that went through three councils located on the East and South side of the island: Funchal, Santa Cruz and Machico. The day started with a super hike-a-bike above the clouds to stage one, of the steepest and loamiest trails in Madeira. Some riders were already feeling the pain of racing and it was starting to become survival. Food zones distributed along the route kept riders positive and motivated to finish the day in one piece – everyone loved this part of the day. Stage two and three were Enduro World Series stages located near Poiso area, which means there were fans around to cheer along the day! Stage four and five of day two were simply the opposite of the ones raced in the morning – starting with alpine, fast, rocky, raw to man-made dusty singletrack all the way down to Funchal, in a total of almost 1000 meters descent on those two stages. Riders then pedalled to Quinta da Universidade da Madeira for a night in one of the most beautiful private gardens of the island, sitting above Funchal.

“Day two was super sick! With the EWS stages ‘Mushrooms’ and ‘Lareiras’ it had to be one of my favourite days, finishing with a crazy long ride down to Funchal, with some steep and exciting trails in the clouds. The campsite high above the capital had the best view of the whole entire week!” – Ines Thoma (GER)

“There was such a good mixture of tracks, from wet to dusty, physical to technical. Loved all stages but the last stage was my favourite! Fast, super dusty and you could just go all out!” – Daniel Prijkel (NED)

Adventure. This is the key word to describe day three. Everyone knew that this day was all about survival. Starting at 1818 meters altitude, next to Pico do Areeiro, the third highest in Madeira, and dropping down to sea level in São Vicente, in the north side of the island. A quick hike-a-bike before stage one and two of day three would be a good way to kick off the adventure ahead, followed by two of the most alpine stages in the island, that dropped over 1000 meters in a couple minutes. Rocky, rough, scenic and brutal easily describe the first two stages of the day that took place between Funchal and Câmara de Lobos.

“This adventure day is a day that I’ll never forget. I’ve never hike-a-biked for such a long time or spent so much time on my bike but it was worth it! Trails were awesome and landscape was just perfect. Magic and brutal at same time” – Emanuel Pombo (POR)

The route would then go through Nun’s Valley, reaching it by an old zigzag pebble path, on the edge of a mountain. After getting some food the challenge would be to get to Encumeada, in a incomparable and ruthless hike-a-bike liaison with no turning back. Riders described this part as one of the best experiences of their life – Bryceland said that this was one of his top three days on the bike ever! The adventure wasn’t over and after completing the traverse between south to north, there was still two huge levada tunnels to cross where headlight was essential to make it out alive! The alpine morning trails were easily forgotten and replaced by pure jungle and loam.

“The best trail ever! I’ve never experienced the loam like this!” – Yoann Barelli said at the end of racing stage three of day three, an iconic flowy trail that we really don’t want to describe much. You have to ride it to believe it.

Then riders would get one of the steepest trails of the event located in the beautiful north side. The day would end in São Vicente where everyone just said ‘thank you’ when downloading their timing chips. Tired faces but endless smiles in a day that we honestly expected to be a nightmare – this was truly the opposite and became the best day of the race!

“Day three was as amazing day for me with a lot of hike-a-bike but that’s part of the game when you’re trying to ride awesome trails! Scenery was beautiful and the trails after the tunnels were just… WOW!” – Marcel Berbalk (SUI)

With over 130 kilometres already completed, day four with over 1680m climb and almost 3000m descent meant that everyone 46 kilometres adventure day dropped ‘dead’ when arrived to their tents. Clementz would win the day over Bryceland with a 0.11s advantage, with Peat getting third and Pombo stepping to fourth. The overall would remain the same, with Clementz already with three-day wins. and slick roots, and then riders shuttled to Pombo’s backyard on the west where took riders to the north and west of the island. Starting up in the ancient laurel forests in the thick mist the trails got a lot faster, dryer and more fun. After three days of racing, the top three was 15 seconds apart.

Morning was pretty much in full contrast with the afternoon. It was wet, slippery and foggy which got riders aware of how quickly weather and terrain changes in the island. Adaptation to these conditions played an important role and Pombo was the guy that adapted earlier, getting four of five stage wins, while Bryceland took the other one. When we jumped into the afternoon trails, four stages ahead, it was total domination from the Portuguese, getting four wins and 49 seconds to win the day as well over Bryceland. Clementz would get third on day four, just two seconds behind second place. Connell and Peat would be one minute outside the time of Pombo. Last stage was a trail on the edge of a cliff in Ponta do Pargo, the west point of Madeira, that didn’t hold up the views and feeling of getting to the end. Totals for day four were 40km, with 1010m uphill and 3050m downhill.

“I didn’t know what to expect but after a week of wild, rocky, wet, dusty racing in Madeira I wasn’t disappointed! Organization behind the race worked so well that it was hard to understand that it was the first edition of the race! This was my first time in Madeira but definitely not my last!” – Mette Kronborg (DNK)

With one hour and half of racing already, top three was 17 seconds apart which meant that it could go either way. This is what racing is all about! Everyone was nervous to see what would be happening and that’s why there were no liveresults once riders arrived back to download times. Everything was saved for podium!

Although three riders would still have the chance for the win, and Clementz leading the pack, everyone knew that Pombo’s knowledge and strategy of racing the West side would play key role in this race. First stage of day five was short, scenic and technical – adding rain and hard winds to the party. The other stages were pretty much all in the open facing wet conditions, rock slabs and Madeira’s ‘black-ice’, a super slippery compact dirt that takes you down all the time. Along the day, Pombo got a second here and there, earning his way to the top, winning all stages, followed by Peat in second place and Clementz in third. Bryceland would be fourth and Barelli would be back to pace in fifth place.

Adding up the five days, Pombo got the highest place in the podium, followed by Clementz 17 seconds behind and Bryceland 34 seconds away. Ines Thoma would confirm her win over Mette Kronborg and Eva Carrer, getting a 18th place overall in almost 120 riders.

After the success of the first edition, Freeride Madeira is already planning the second edition of Trans Madeira that should take place in the same timing as this year – to be confirmed soon. During the first edition the feedback was just incredible and all riders were already curious about dates to clear their schedules, forcing to get second edition rolling soon! Find out more at: