Is it quicker to travel by four wheels or two?

Common sense suggests it would be no contest between the 300-plus bhp Hyundai Motorsport rally car and a downhill mountain bike. But a duel between Dani Sordo in his World Rally Championship car and Spanish freerider Andreu Lacondeguy proved it was anything but. 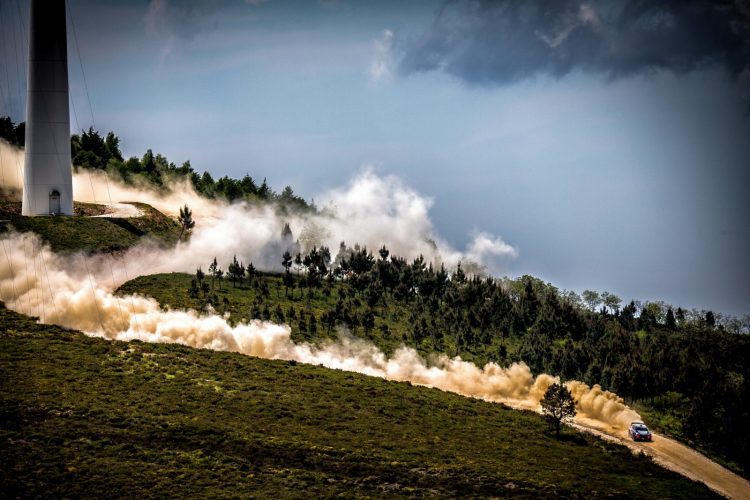 – The pair took on the novel challenge titled Fast Encounter on Lousã hill in the heart of Portugal, Sordo on a rally track, Lacondeguy on a neighbouring bike track.

– Their courses overlapped, car jumping over cyclist and vice versa as the fast-travelling pair cut through a stunning green vista meandering through windmills dotting the landscape.

– Lousã once had a place on the WRC calendar back in the 1980s and 1990s while this particular bike track is a favourite of the Atherton siblings, Dan, Gee and Rachel, as well as Lacondeguy himself.

– On four wheels, the descent is a more scenic route, kicking up gravel, dust and leaves along the way while Lacondeguy’s path to the finish bell is a tad more direct, thereby evening up the seeming no contest.

– Of the head to head, Lacondeguy said: “Dani was just insane in the car. The first shot we did he had to turn on this gnarly corner, all gravelly, and I couldn’t believe it. The guy just nailed the turn.” 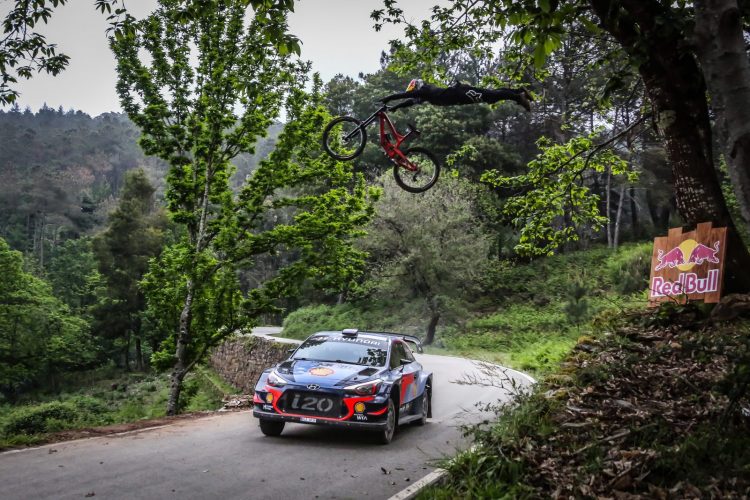 – As for Sordo’s take, he said: “He is incredible what he does, I think we can see both sides with the WRC car and him going downhill really fast. I am impressed with him, what he is doing is unbelievable. It is always nice to see him doing jumps and crazy downhills.”

– And as for the winner? Sordo, but barely.