The stage has been set for the first official Enduro European Championships: from the 20th to the 21st of June 2015, Kirchberg, Tirol, in Austria will host this landmark event. In this still young discipline, the fastest enduro riders on the continent will be recognised, and the greatest of all will receive the first official enduro title, in accordance with the UCI regulations – under the umbrella of the UEC (Union Européene de Cyclisme). The best enduro riders from 17 European nations, including some of the best enduro riders in the world, are expected to attend. 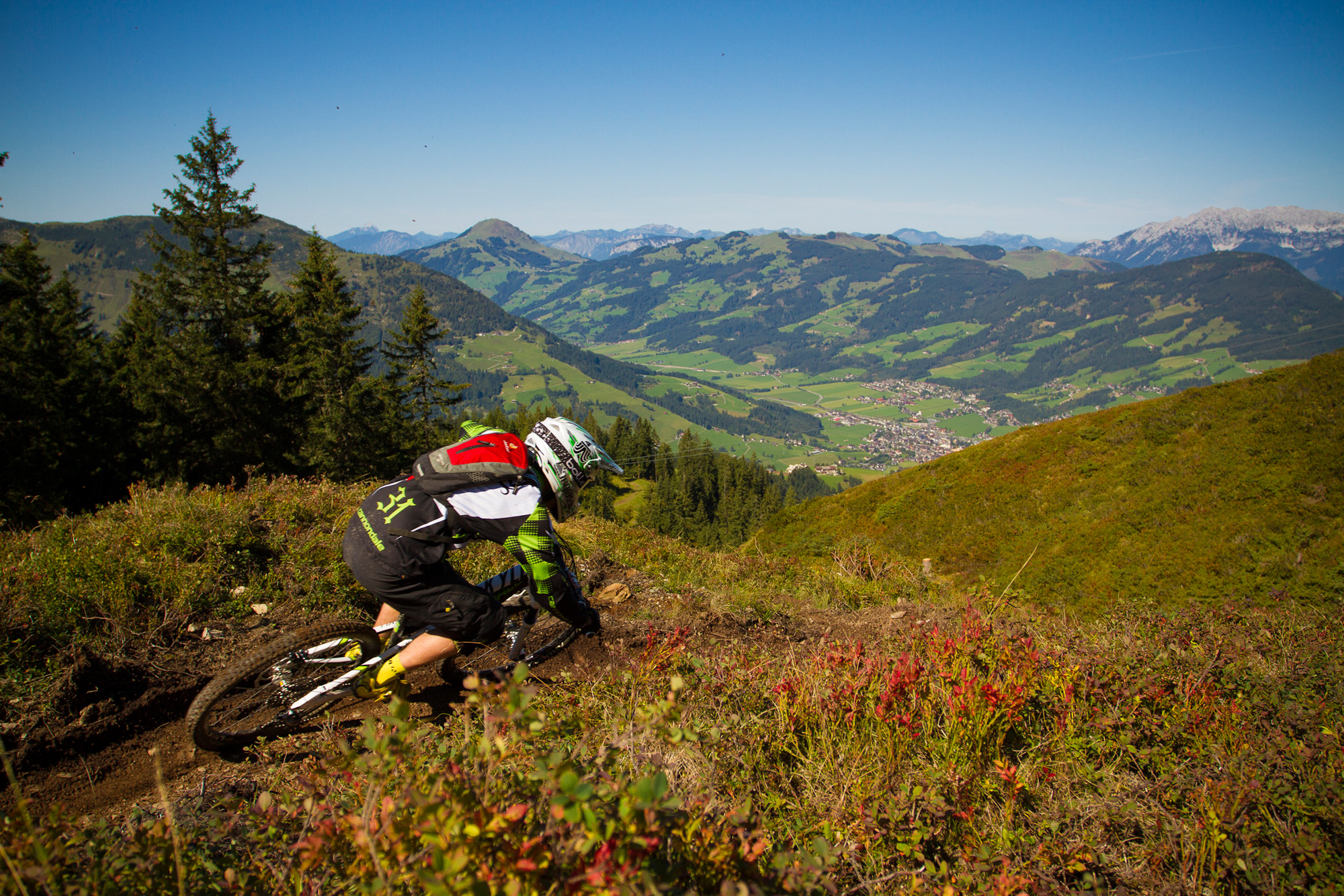 Competing at an Enduro Championship is definitely a sought after opportunity in the mountain biking world, and this event even more so as it will be the first official enduro race within the UCI regulations. The UEC MTB Enduro European Championships event is expected to attract 450 riders, vying not only for the top trophy in the women’s and men’s elite class, but also for the title in the U23 classes, both masters and juniors. The date in June was selected to work in harmony with the European Enduro Series taking place in Punta Ala, Italy at the end of April, which will also help determine rankings and abilities.

The big biking nations, France, Great Britain, Italy, Spain and Germany, are expected to be among the 17 countries attending the championship. Representing their flags, some of the world’s strongest riders, such as Enduro World Champion 2013 Jèrome Clementz, and Remy Absalon (both FRA), Anneke Beerten (NED) and the current Enduro World Champion Tracy Moseley (GB), are expected to take their shots at the title. The trails (including “Lisi Osl Trail”) won’t be the only challenge the pros will be tackling, but also the army of local racers looking to take on the big players.

The venue for the first UEC MTB Enduro European Championship 2015 will be in Kirchberg, Tirol, around the Kitzbüheler Alpen – Brixental area. This specialised riding mecca already has some experience in the realisation of enduro race events and has proven a superb venue for big mountain bike events including the World Championship Mountain Bike Marathon. The excellent infrastructure and a well established trail network are well suited to the enduro race format and meet the international requirements.

The development of enduro over the past years has proven that this new race format is an excellent metric of rider skill and ability in an evolving, multi-faceted sport. Strong national series, with growing numbers of qualified participants, have developed in many European countries such as Italy, France and Great Britain. The holding of the first UEC Enduro European Championship is another major step towards cementing a permanent recognition of this new competitive discipline.