The UCI MTB World Championships 2022 in Les Gets, France, kick off with the qualifying round of the DH race. The fast and dusty track of the famous tourist resort of Portes du Soleil does not allow room for mistakes, and it was in fact a hard-fought heat that saw Benoit Coulanges excel in front of the home crowd. It would certainly not be surprising to see a Frenchman win the world title, considering that they are dominating the season, but as we know the world championship, with its one-on-one format, often leaves room for surprises. 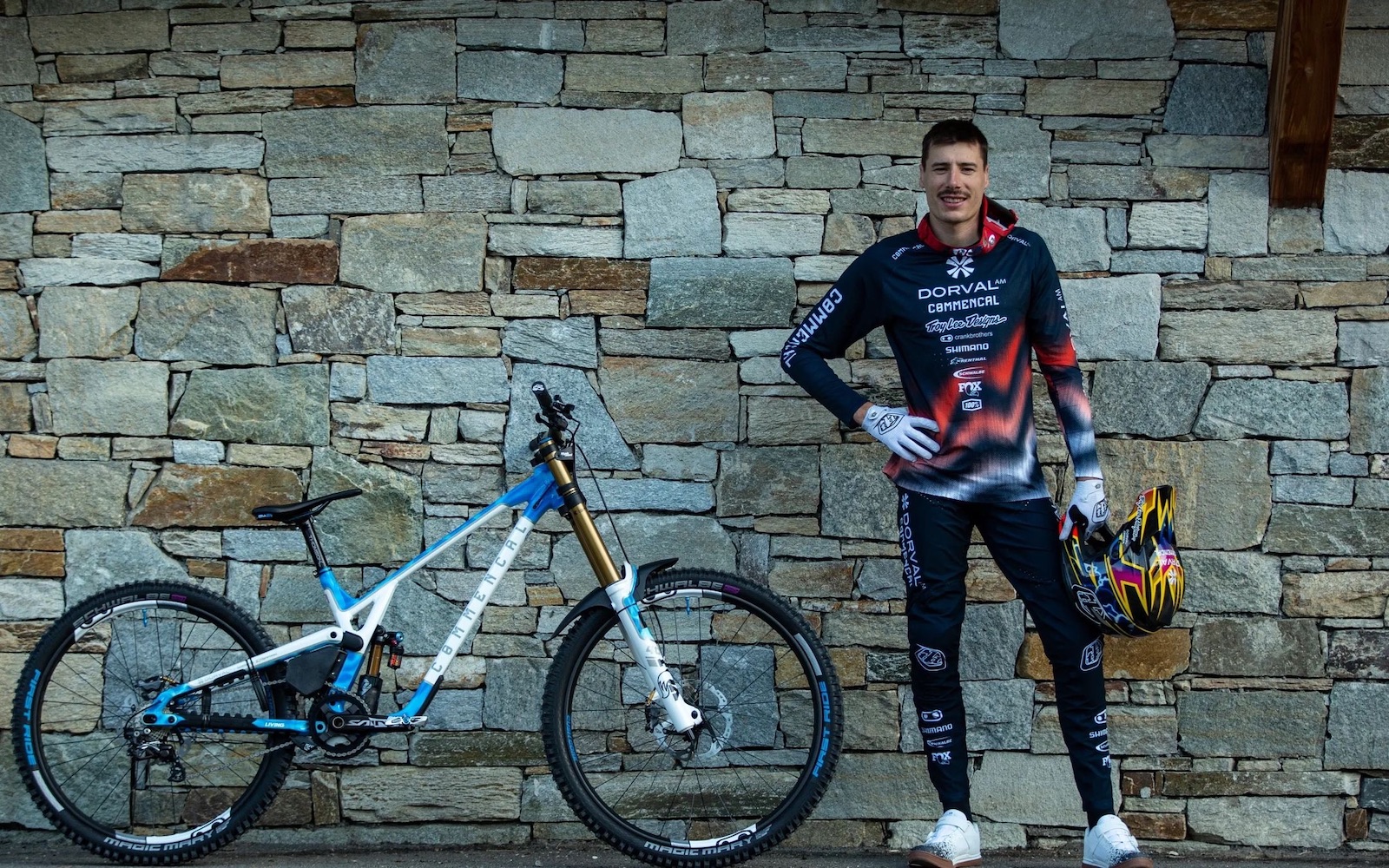 Today’s ranking led by Coulanges sees another Frenchman in second place, dominator of the World Cup season Amaury Pierron. Third position for Angel Suarez, increasingly in shape this season 2022, followed by Thibaut Daprela. Troy Brosnan has definitely recovered from the ankle injury that kept him away from racing for over half the season. With his fifth place finish he was the first athlete not racing on a Commencal. 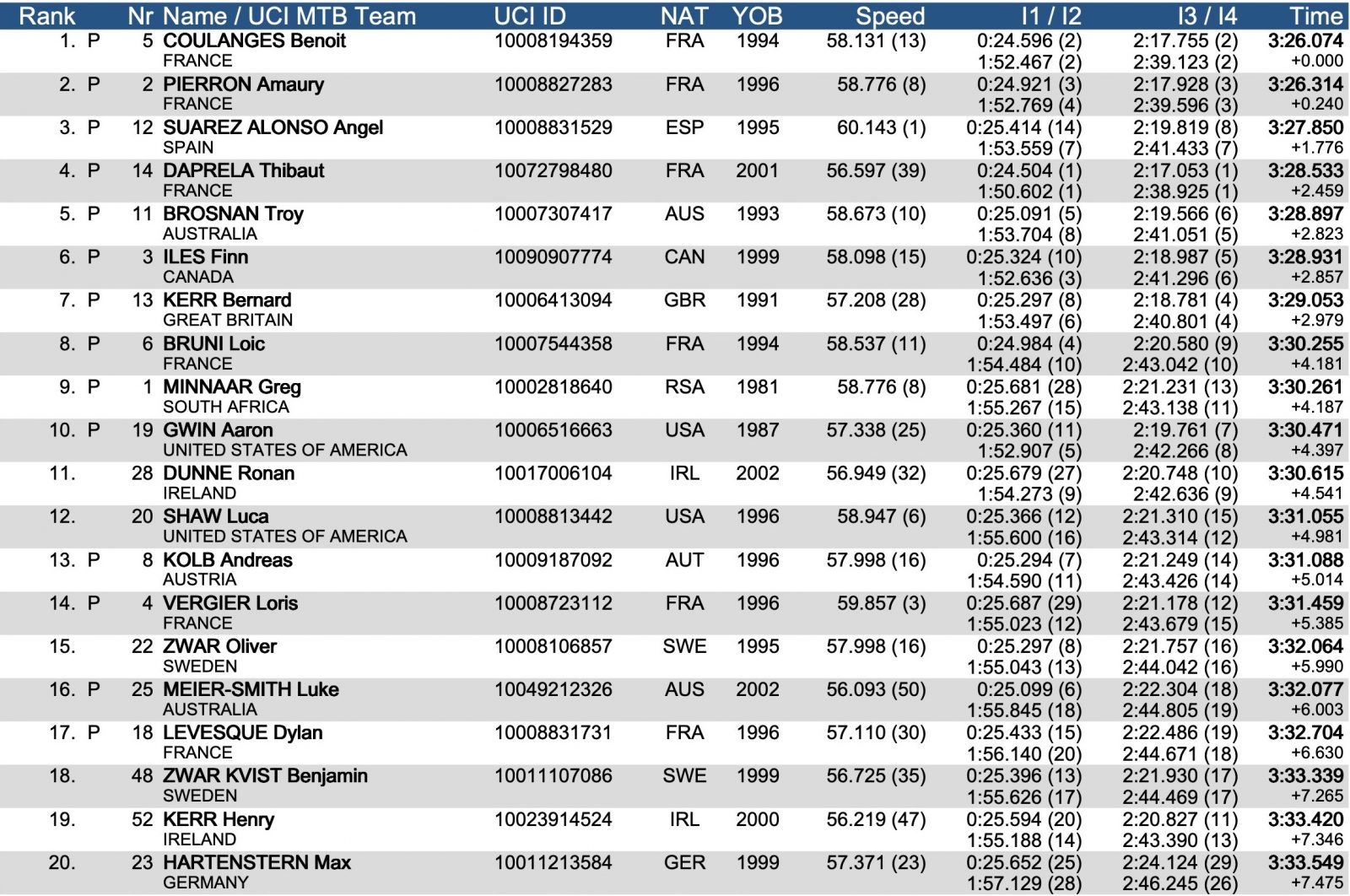 If the gaps in the male field are reduced, in the female field, on the other hand, the qualifying heat decreed the dominance of Myriam Nicole, outgoing world champion, who put down almost 7 seconds on Nina Hoffmann and a few tenths more on Eleonora Farina who landed in third place again. Fourth position for Valentina Höll followed in fifth position by Monika Hrastnik. 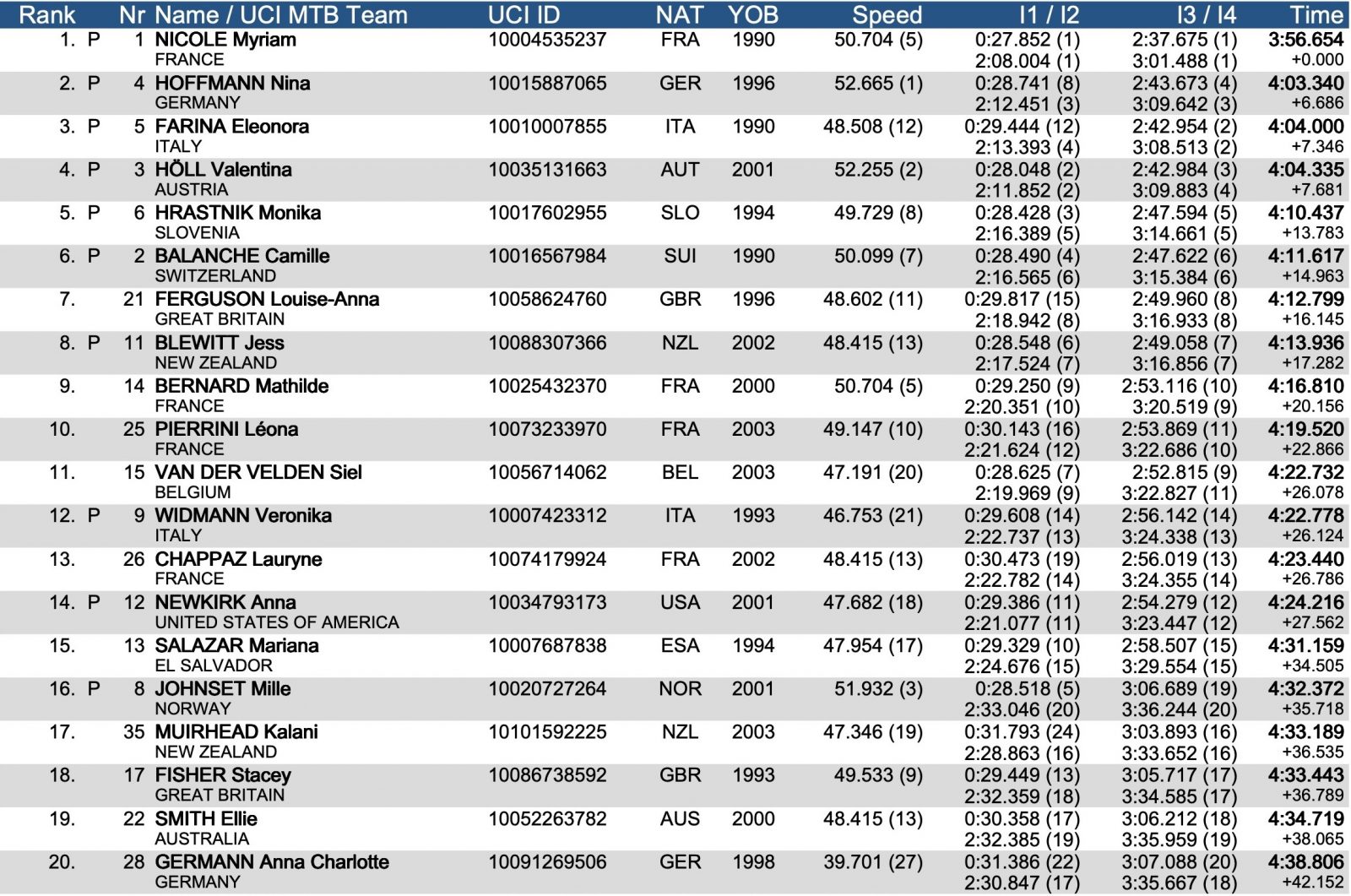