TUES CF – it is done 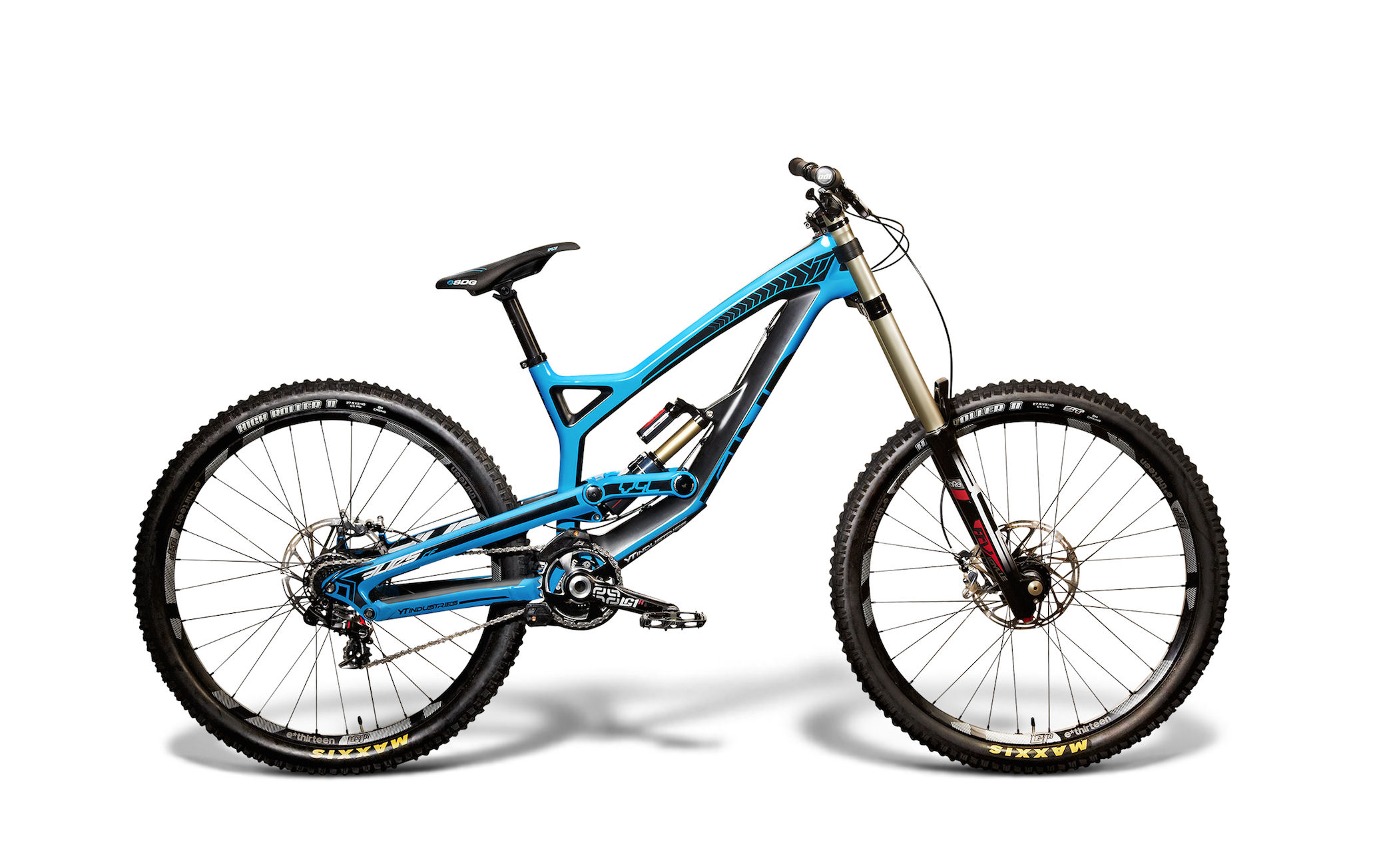 In April 2015, Forchheim-based bike manufacturer YT Industries will bring a brand new carbon version of its TUES downhill bike to the market. The heir to the much-acclaimed aluminum version is the result of two full years of development effort, and sets a new standard for big bikes. The heart of this speeding bullet is a new carbon frame featuring modern “race” geometry, which when coupled with the proven characteristics of the TUES AL is sure to make waves and turn heads on the trails. 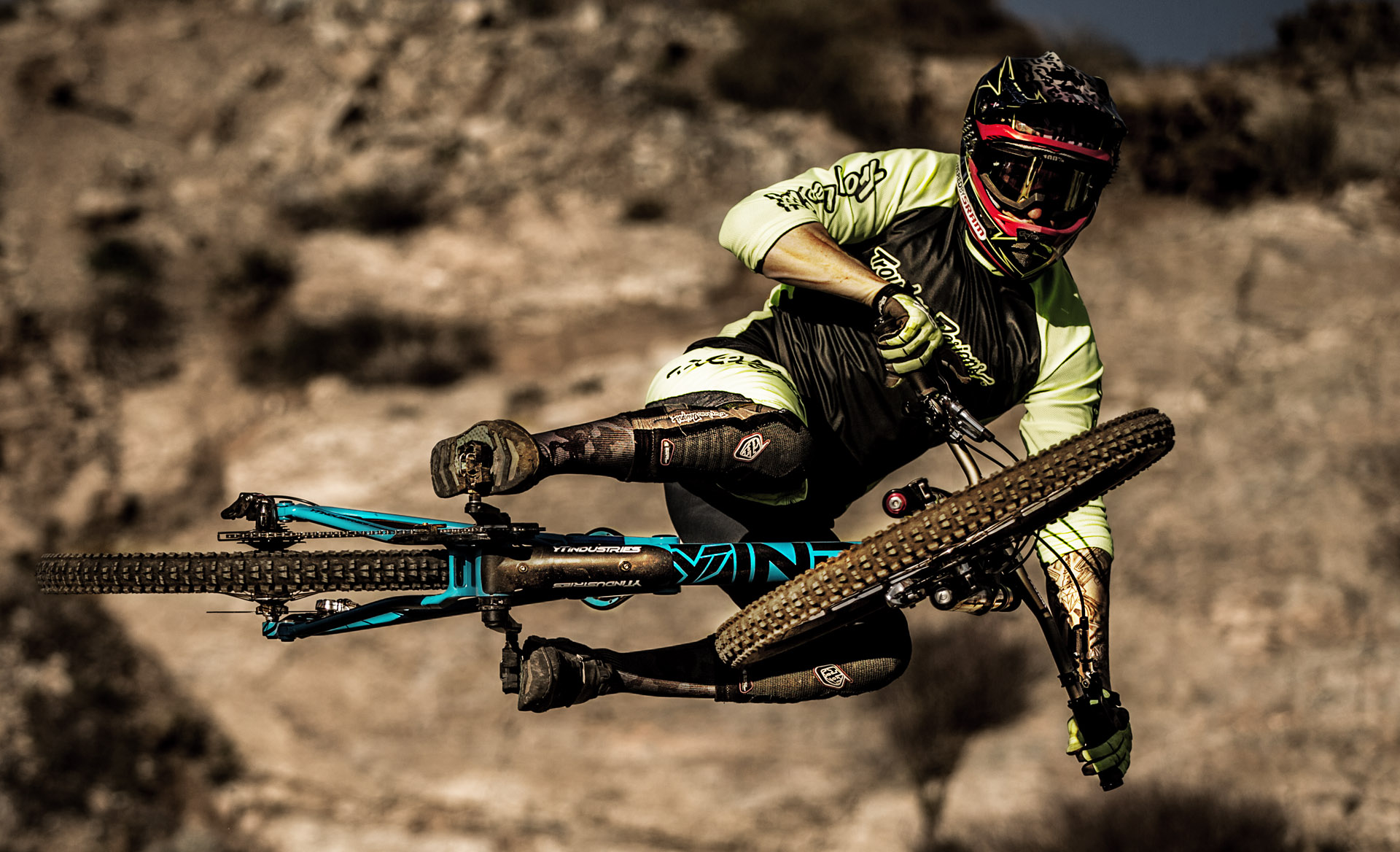 If YT Industries is all about Good Times, the TUES CF is about even Better Times! The latest brainchild of YT’s developers raises the question: an even better version of an already award-winning bike? Hard to imagine, but a reality as of this spring. Two years of development, considerable brain power and engineering skill as well as input from YT athletes such as Andreu Lacondeguy and Cam Zink have all led to the creation of something close to the perfect downhill bike. And now, after getting a first glimpse of the prototype during Crankworx 2014 in Whistler, riders from Europe, USA, Australia, Canada, New Zealand and Israel can look forward to the production version, available for purchase directly from the manufacturer of course.

Like its aluminum predecessor, which Andreu Lacondeguy rode to victory at the Red Bull Rampage, the TUES CF features a low center of gravity, extremely agile handling, and great midstroke stability and support. It is fast and maneuverable, not only due to the carbon diet which saw the frame drop 1 kg of weight, but also thanks to its modern “race” geometry featuring significantly longer reach. The frame features our award-winning “V4L” suspension system, which provides plush and linear action over rough terrain with just the right amount of progressiveness to deal with the bigger hits. 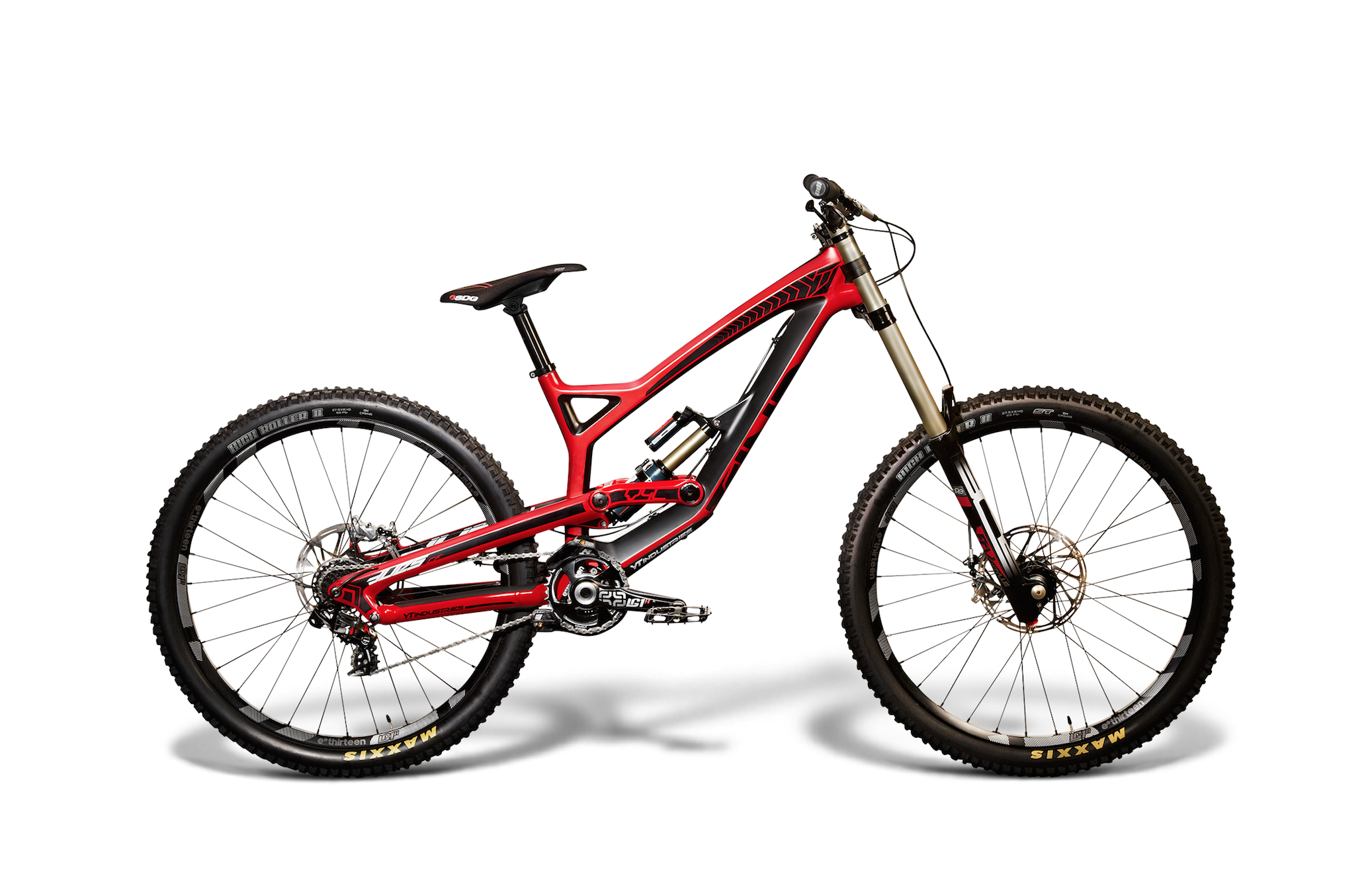 Talking about the development of this DH weapon, “of course we put our heart and soul into this project” said Stefan Willared, Head of Development at YT and father of the TUES CF. “Our goal is always to build the best bike. Like most manufacturers, we receive quite a lot of helpful feedback from our athletes. The big difference is, we take it into consideration too! I am very happy with the result, and I am confident that we have made a bike that will play in the Champions League as well as bring many riders much joy on the trails.” 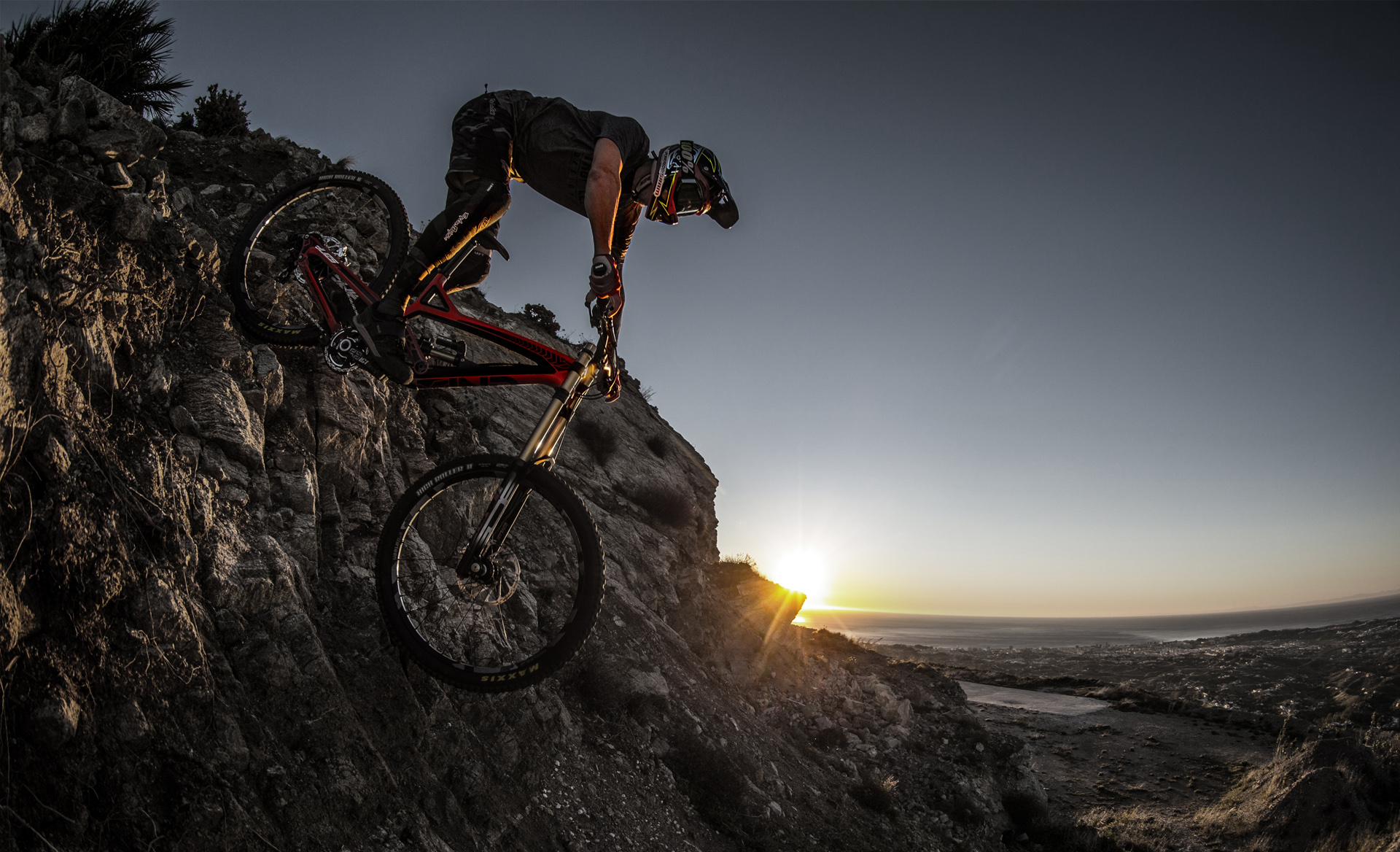 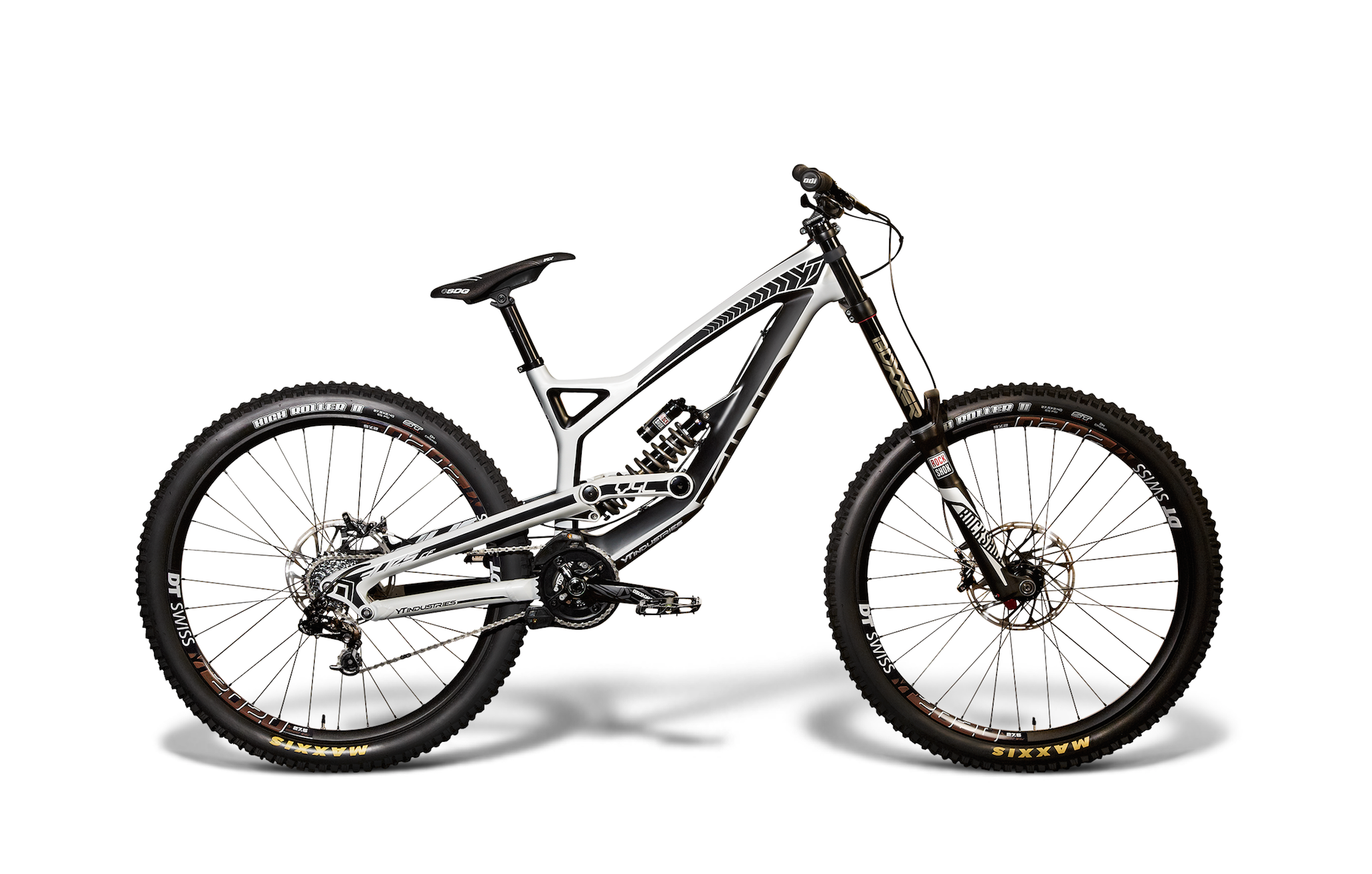 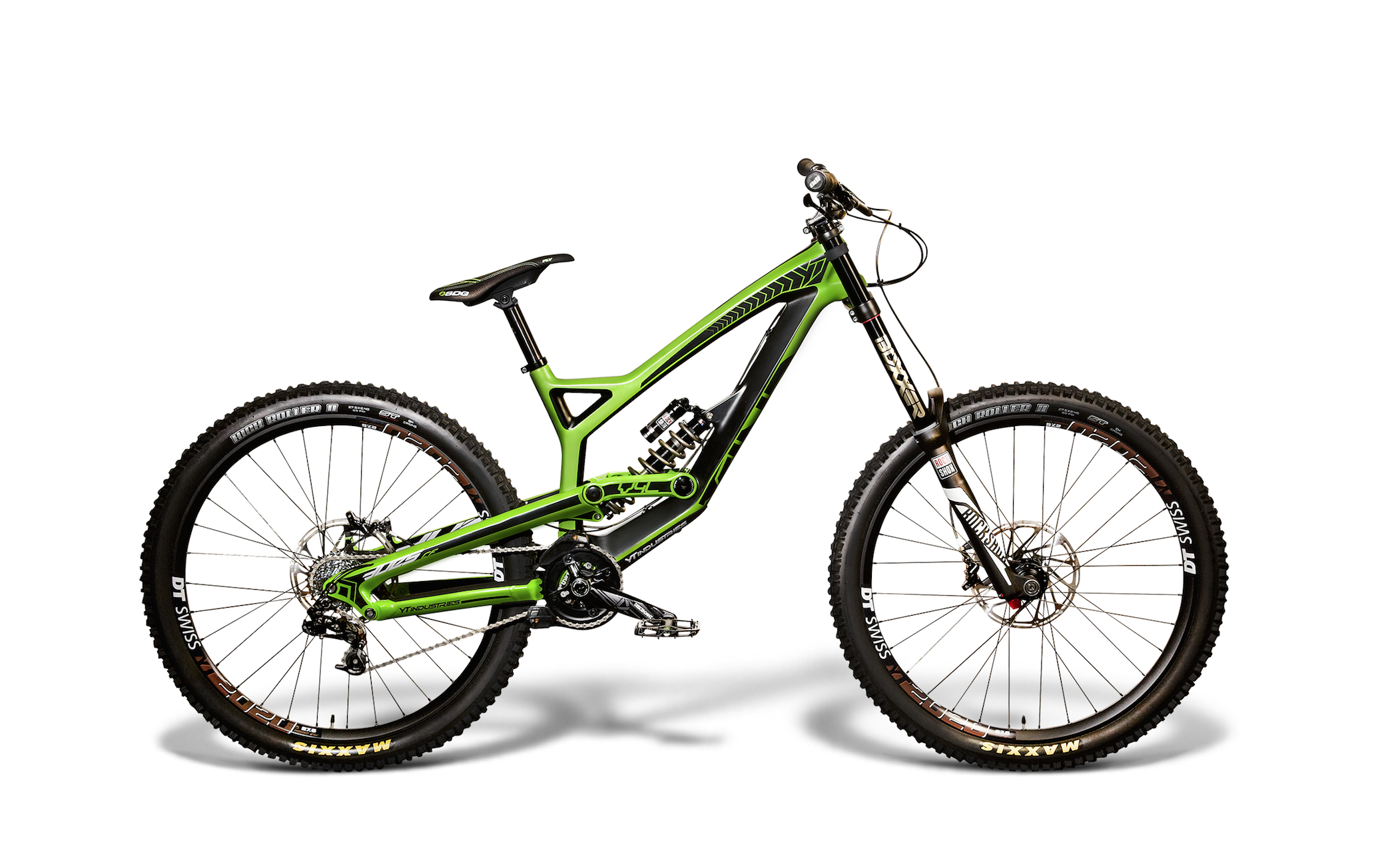