Antidote just announced the newest version of the Darkmatter, the DH bike from the Polish brand, which evolves from a 27.5 version to the new version, available with both 29-inch wheels or in a mullet configuration – with a 29 inch front and 27.5 inch rear wheel. 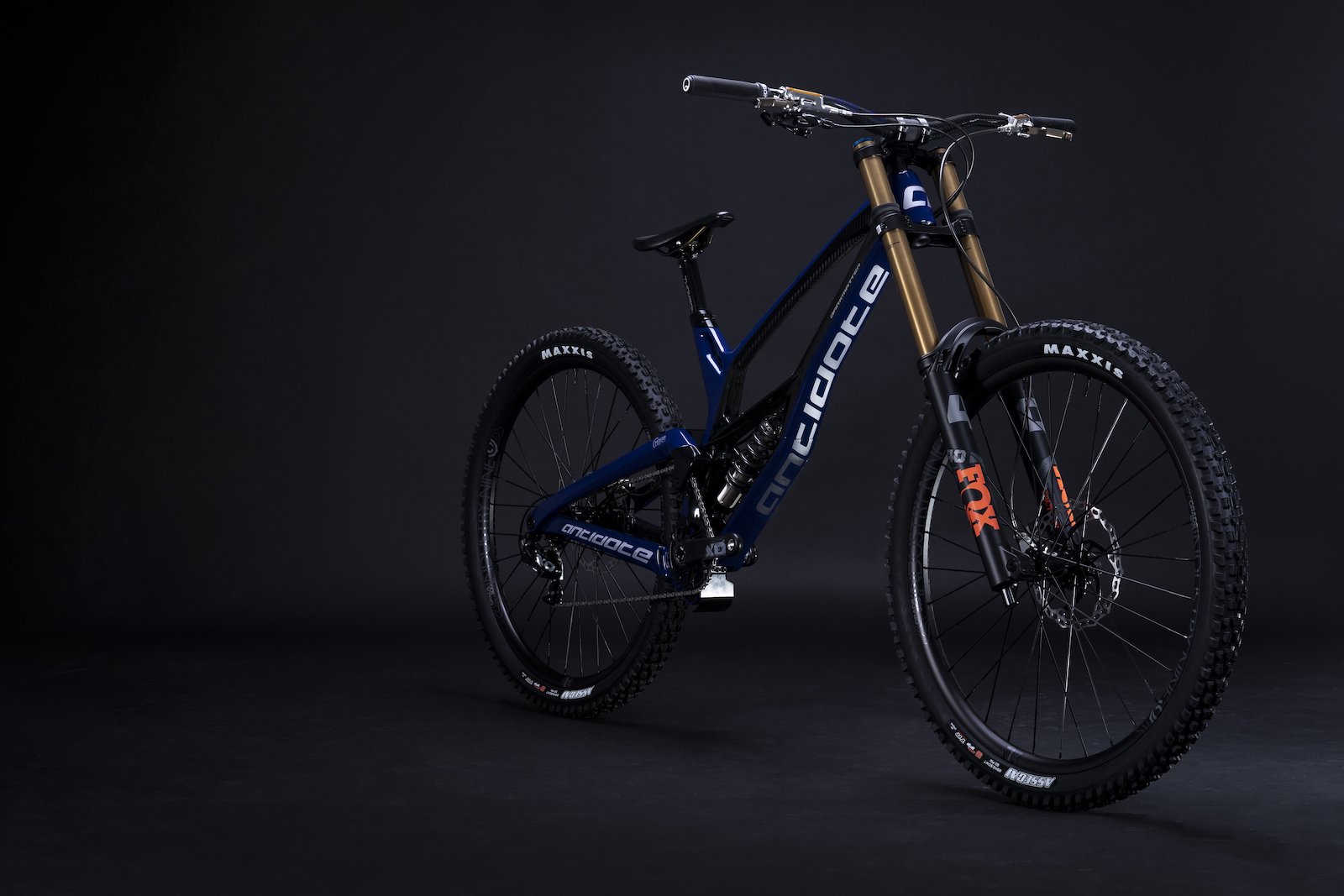 The evolution of the Darkmatter obviously does not consist only in the wheel format. The design and lines of the frame have been revised, with a bracing arm that connects the down tube to the seat tube and stiffens the front triangle. 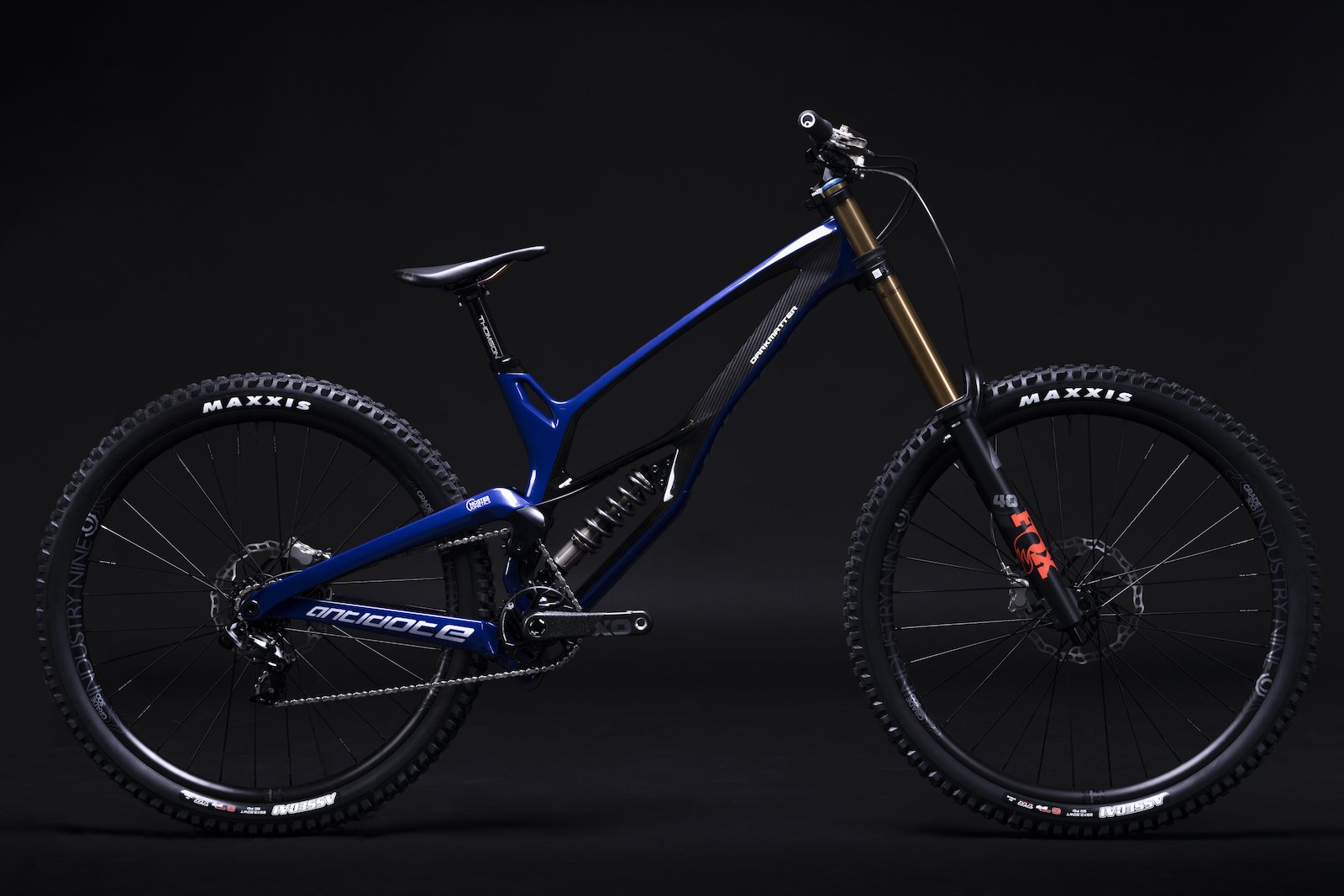 The suspension system has been updated with an even higher pivot than the previous model which already used an idler, a system that many brands have started to adopt in recent years. 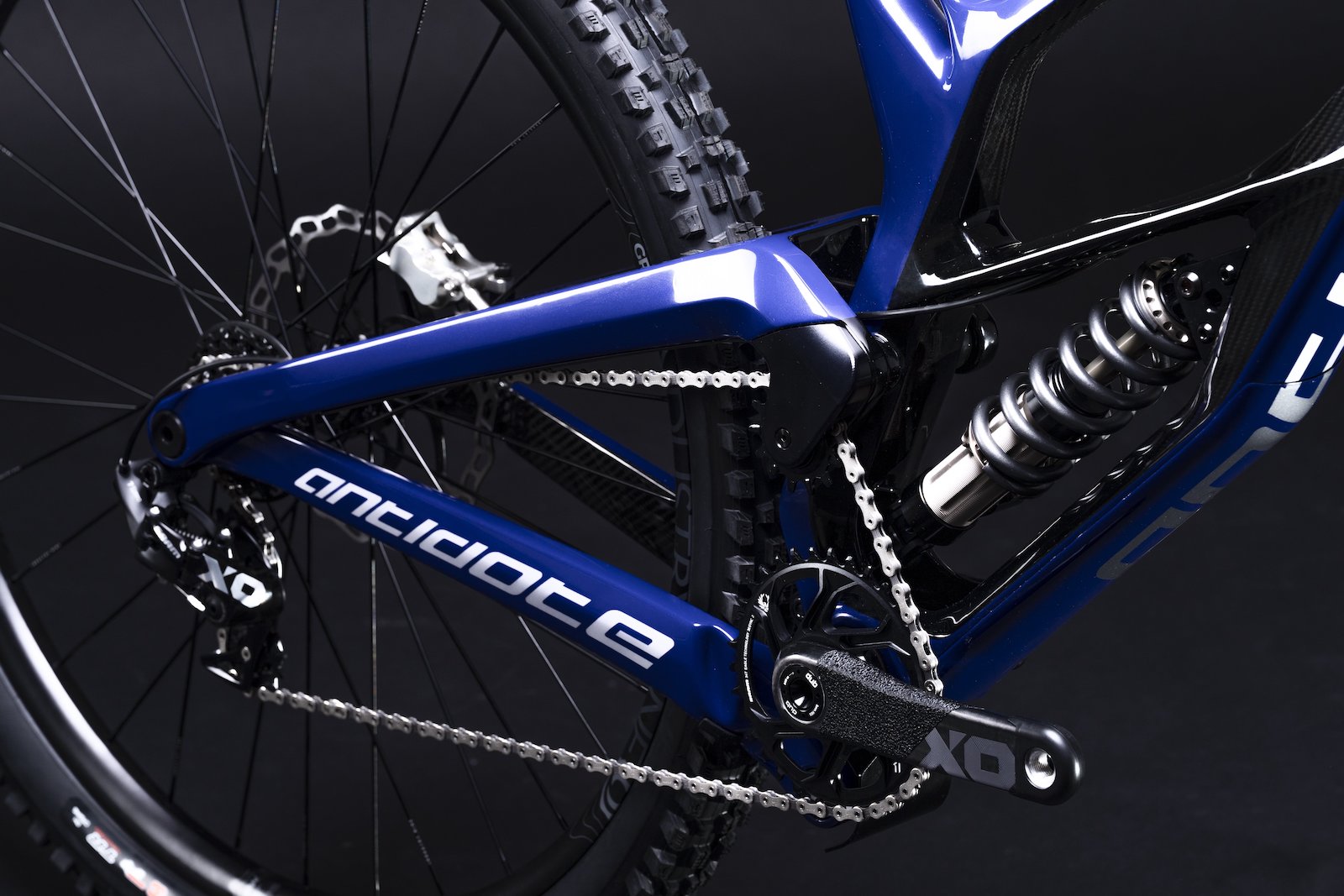 The wheel path derived from the high pivot is characterized by a rearward movement which assists in carrying and maintaining speed when overcoming obstacles and in very rough sections. 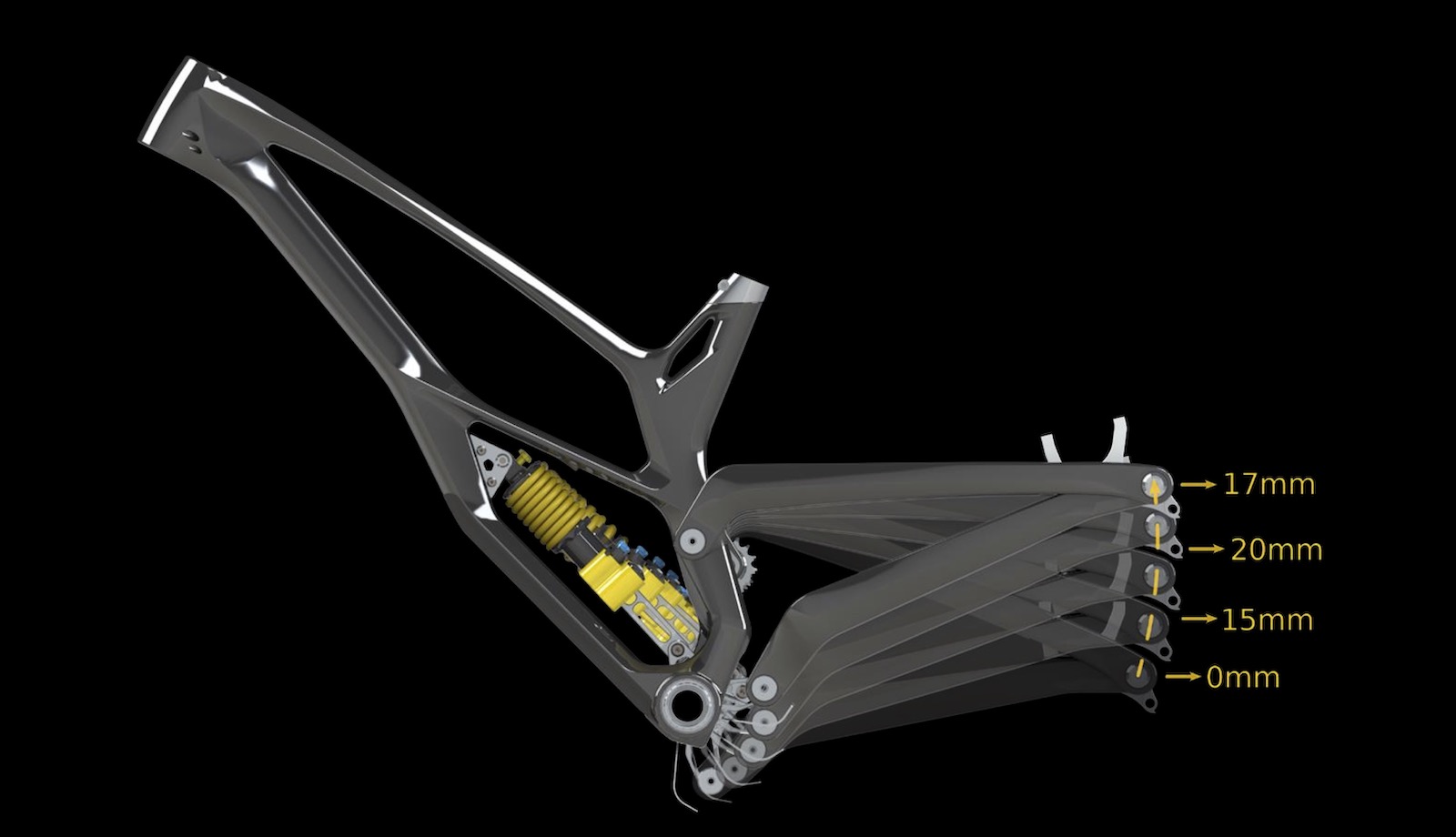 Another facet of the Noster Kinetics that Antidote is that the position of the rear shock undergoes a very minimal rotation throughout its travel. This improves the fluidity of its operation and reduces the wear of bearings and bushings. The anti-rise achieved by the new version of the suspension system is 100% for maximum independence between suspension and rear brake. The anti-squat is also optimized for the best pedaling performance. The compression curve has a highly accentuated final progressivity peak to squeeze the most out of the coil sprung rear shocks without the risk of running into harsh bottom outs. Access to the shock absorber and its adjustments is optimized and guaranteed by the lateral position of the piggyback, the size of which is in any case contained within the frame profile. Different colors and graphic schemes are available that alternate colors and transparencies in the carbon. Antidote states that the paint is an extremely careful aspect of their production process. 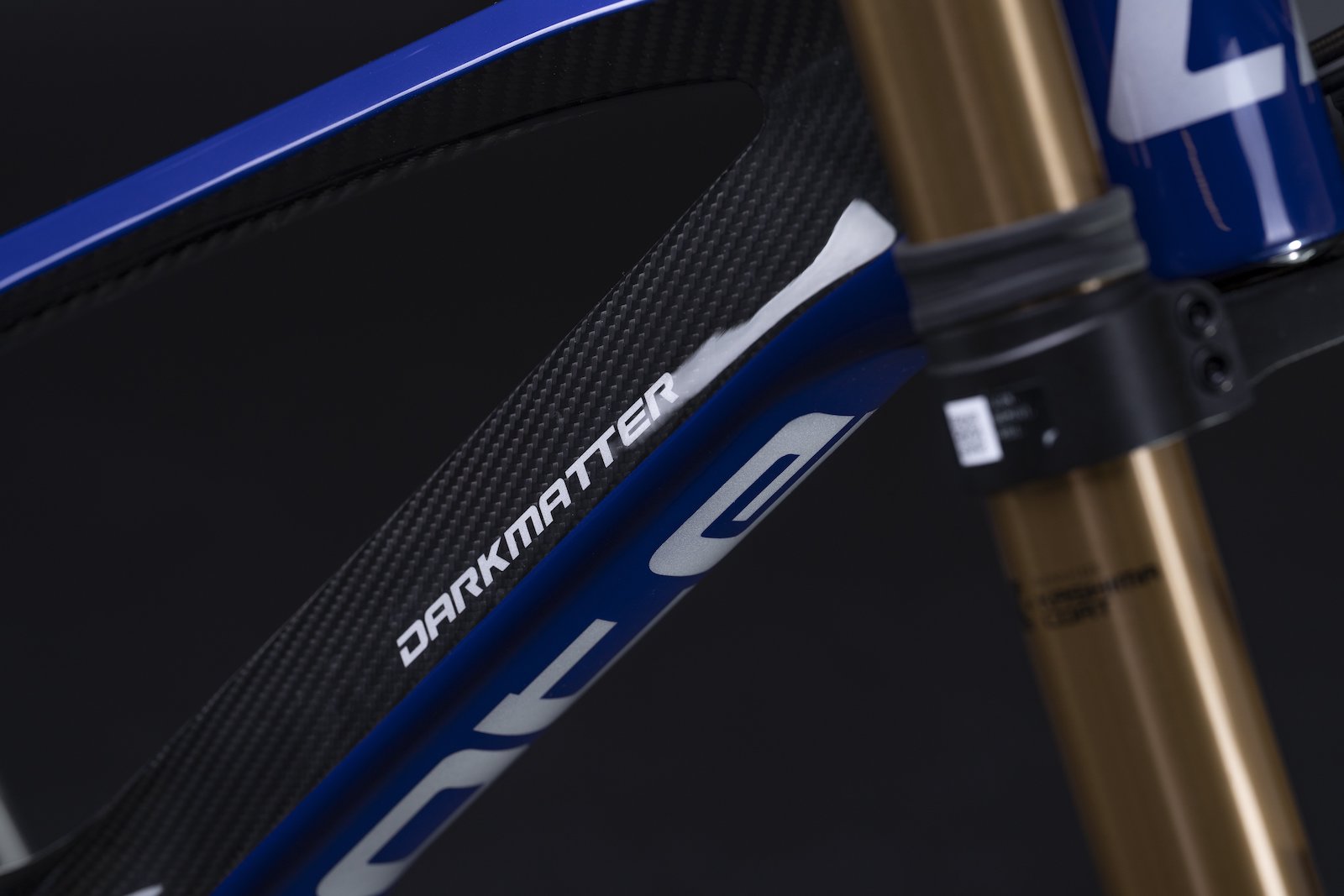 The routing of the cables is internal to the frame. The bike is also equipped with rubber protection in the points most exposed to impact with hard rubber on the rear end and clear tape under the down tube.