Jeff Herbertson is a name you probably haven’t heard all that much until recently. The California based rider has been quietly carving his niche in the MTB scene over the years. Last year, he helped mastermind and dig Tyler McCaul’s massive Red Bull Rampage line. This year early on, he had a heavy presence at the FEST series and then went on to have a massive showing at Red Bull Rampage for his first time as a competing athlete. Now that the dust has settled and we’re getting into the off season we thought it would be a good time to drop Jeff a line and pick his brain. 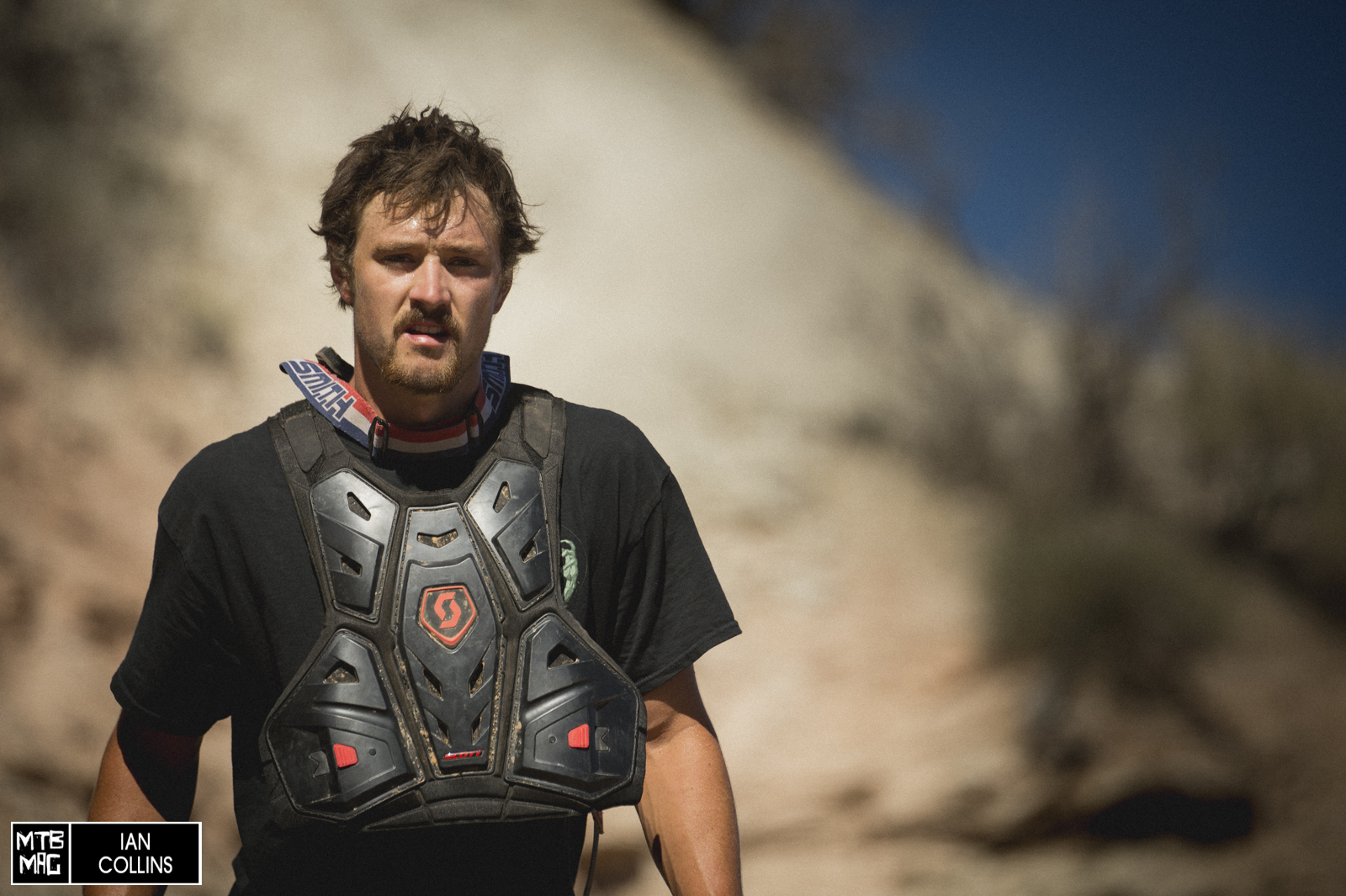 MTB-MAG : Alright – tell us about yourself. All we know is that you’re a NorCal loc with a knack for digging, and you’ve been crushing it lately. We want to hear all the details : Who do you ride for? Where are you from? How long have you been riding?

JH : Well, I’m originally from Muir Beach CA, but I’ve been living down in Santa Cruz for about five years now. I’m supported by Pivot Cycles, Kali Protectives, Deity Components, WTB, FOX, Formula, Stealth Hubs, Smith, Clif Bar, and of course Sensus grips. I’ve been doing skids since I was a kid, but I guess I got really stoked on riding sometime in high school. I competed in slope style for four years, but never really found my calling till the Fest Series came along. 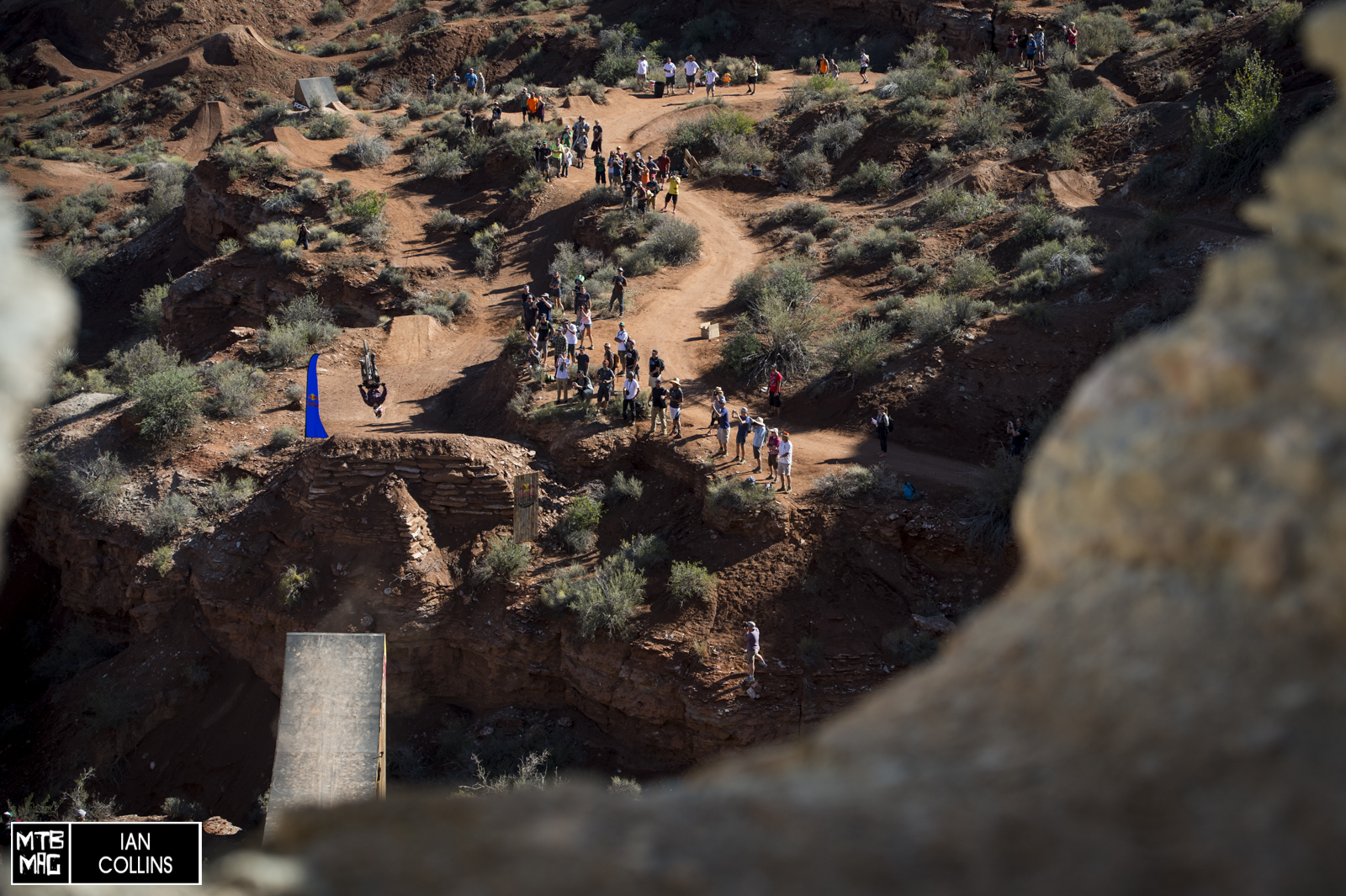 MTB – MAG : So you’ve had quite a year. You could probably call it a breakout year. 7th place after backflipping a 73 foot canyon gap at your first year riding in Red Bull Rampage. What pushed you to turn it on?

JH : Rampage was a great time, it was the most fun I’ve ever had at a contest. I think it was because it suited my riding style much more than slope style. I’ve always ridden for me, I’m my own hardest critic and I do whatever is going to challenge me mentally and physically to prove to myself that I can. I think this is why I never did well in slope style. I was always more concentrated on the course, and how I could slip in a beast mode moments. To do good in slope style these days you need to do a bunch of opposite barspins and other little dangles that I could care less about. Nothing wrong with that, if its your cup of tea, I’m just more of a coffee guy. I like being legitimately afraid of something and then conquering it. 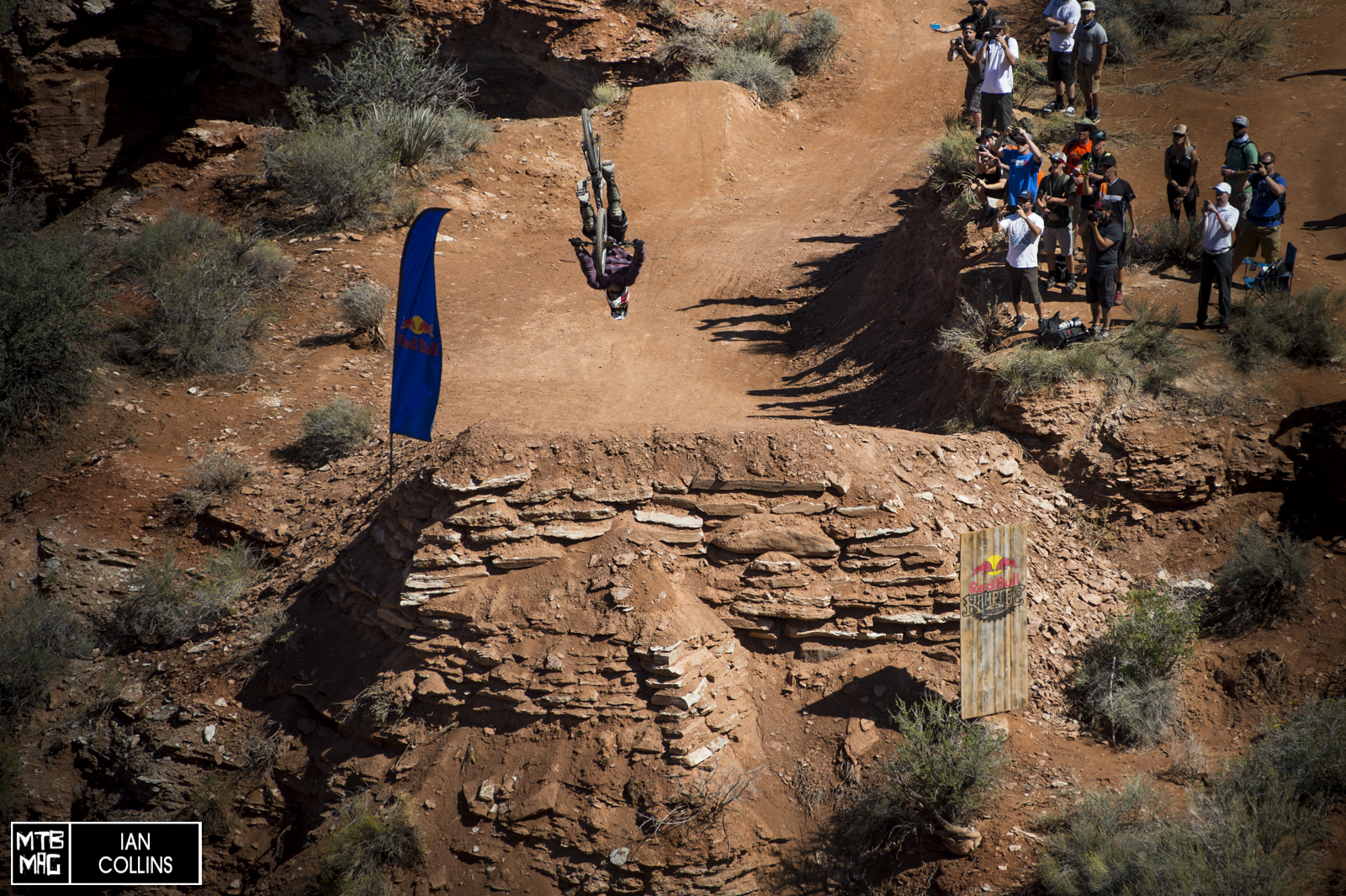 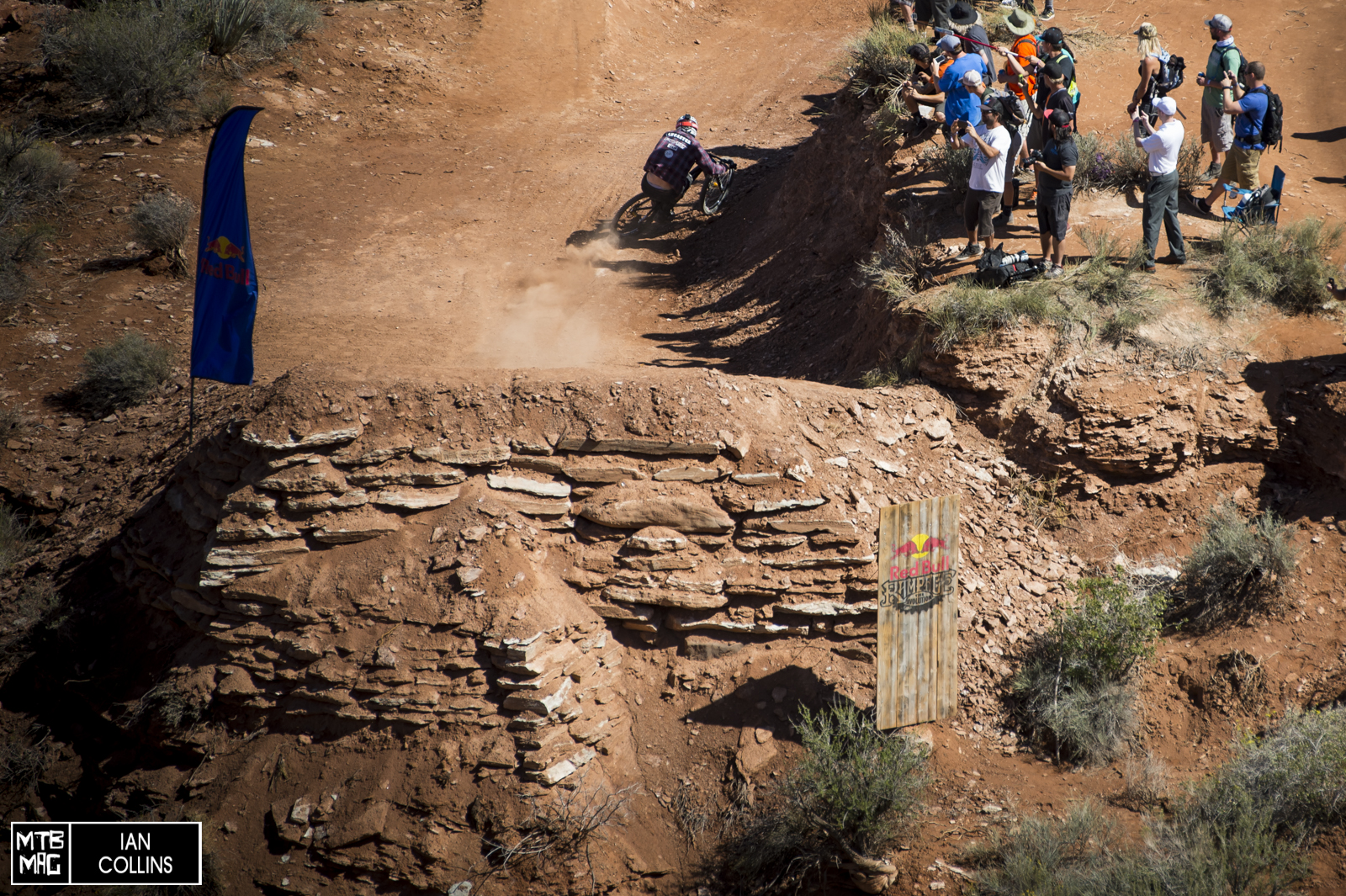 MTB-MAG : Let’s talk about Rampage some more. First off, congrats. You crushed it. In qualies you dumped your bike mid-backflip and scared the piss out of everyone, but got up and walked away. The next day you still had the balls to give it another go and stomped your canyon gap flip in both runs – it was pretty incredible. How’d everything go other than that? Were you stoked on the new venue?

JH : I had such a great time out there, it had everything I like. Being my first time competing in Rampage, I was a little overwhelmed at first with all the line options. After walking around for awhile Cam McCaul and I realized we were thinking about similar features and linking lines the whole way down the mountain. We ended up deciding to team up on a line and got three days into digging it before he decided he was still too injured from Crankworx. That was a bummer to have him out of the contest, but getting to feed off his massive amount of experience out there REALLY helped me mentally. My goal for the whole event was just to make it to the bottom in qualifiers. I was kinda surprised to qualify 4th, there were lots of lines that quallied worse that I wouldn’t have touched. I guess thats one of the cool things about getting to build what you love. When it came to finals, I just wanted to make sure I got a clean line into the canyon gap so I didn’t repeat what happened in practice. It all lined up, and flipping it was pretty mellow. A longer landing would have been sweet, but you can’t have everything I guess. I landed really flat both times, and it was a pretty big impact. being able to ride away from it though, really just means that we can be going a lot bigger. Its not even a question of if, it’s obvious that we can go bigger. If things get built right it just becomes a question of who wants it. 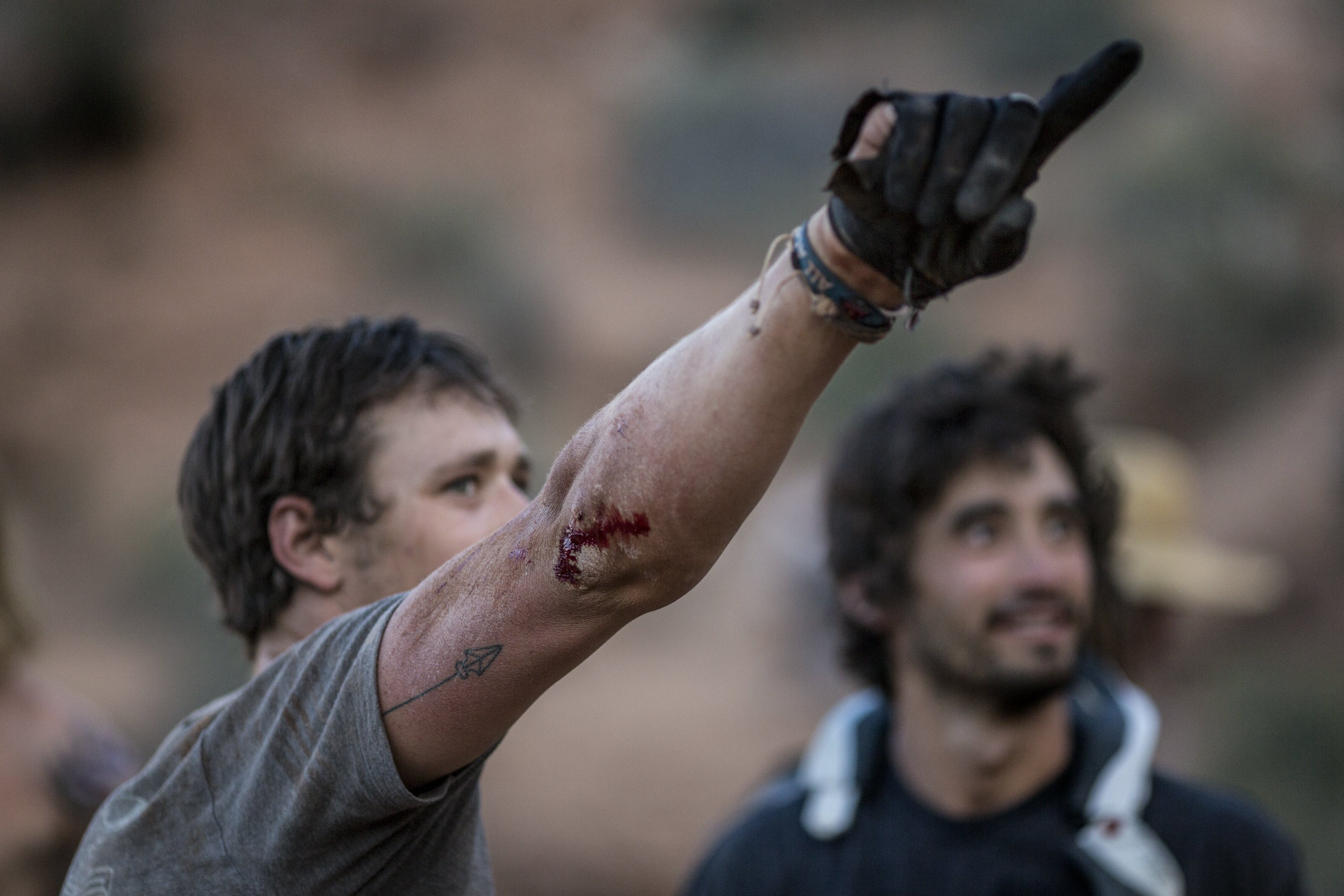 MTB-MAG : How did the digging pan out? Last year you dug for Tyler McCaul, but this year we were bummed to see him sitting out with a bum leg. Was he able to give you some solid pointers for your first year?

JH : He was, I was definitely curious what he was gonna be thinking of my line since he thinks strategy more than I do. He’s definitely had my back quite a few times, whether it was getting me a sponsor or telling me to try something he knew I could do when I’d been too afraid or hadn’t thought of trying it. I’m stoked to see him at more Fest events next year.

MTB-MAG : You’ve been heavily involved in FEST…we’re super stoked to see the momentum it’s picked up following it’s inception less than a year ago. You’re known for being a phenomenal digger, but the FEST videos were really the first time we saw you throwing down. Was riding with those guys a big motivating factor?

JH : Absolutely…That crew is a huge part of what motivates me, and the courses couldn’t be cooler. I’ve never ridden a slope style course that was ridden by the people that built it. Again, nothing wrong with slope style, it’s done a LOT for our sport and will continue to. Much like the Fest Series, it has a big future ahead of it with changes for the better. The fact that the Fest courses are built and by the riders, as a statement of exactly what that crew wants to ride, translates into pure fun and progression. I think the response that the Fest Series has gotten from other sports, like moto, really gives credit to that side of MTB.

MTB-MAG : Speaking of FEST, where do you see things going next year?

JH : More stops and lots of next level riding.

MTB-MAG : To some degree, FEST came to fruition out of frustration with the FMB. Could you see things taking off to a point where you guys have a full on competitive series with live broadcast and big endorsements? Most of you guys are pretty low key, so I’d imagine it’s not something you lose sleep over, but with the speed FEST has picked up in such a short amount of time, we have to wonder where it will be in a few years.

JH : One of the strong things that the Fest Series provides to the MTB scene is a outlet for big bike jumping, and a great way to get all that shreddyness to a really broad audience. I don’t see the Fest Series ever evolving to be a live streamed competition, but I absolutely see it being the catalyst for many more big mountain events to be created. Just this year Jump Ship was changed from a DJ contest to a big bike event. I think the future of the Fest Series looks more like a video series kinda like the Road Fools movies we grew up watching. One of the biggest parts of the series is that the stops aren’t confined to certain hours or even certain days. We ride when the weathers perfect for sending it. We really wanted to minimize the “dance monkey dance” factor. 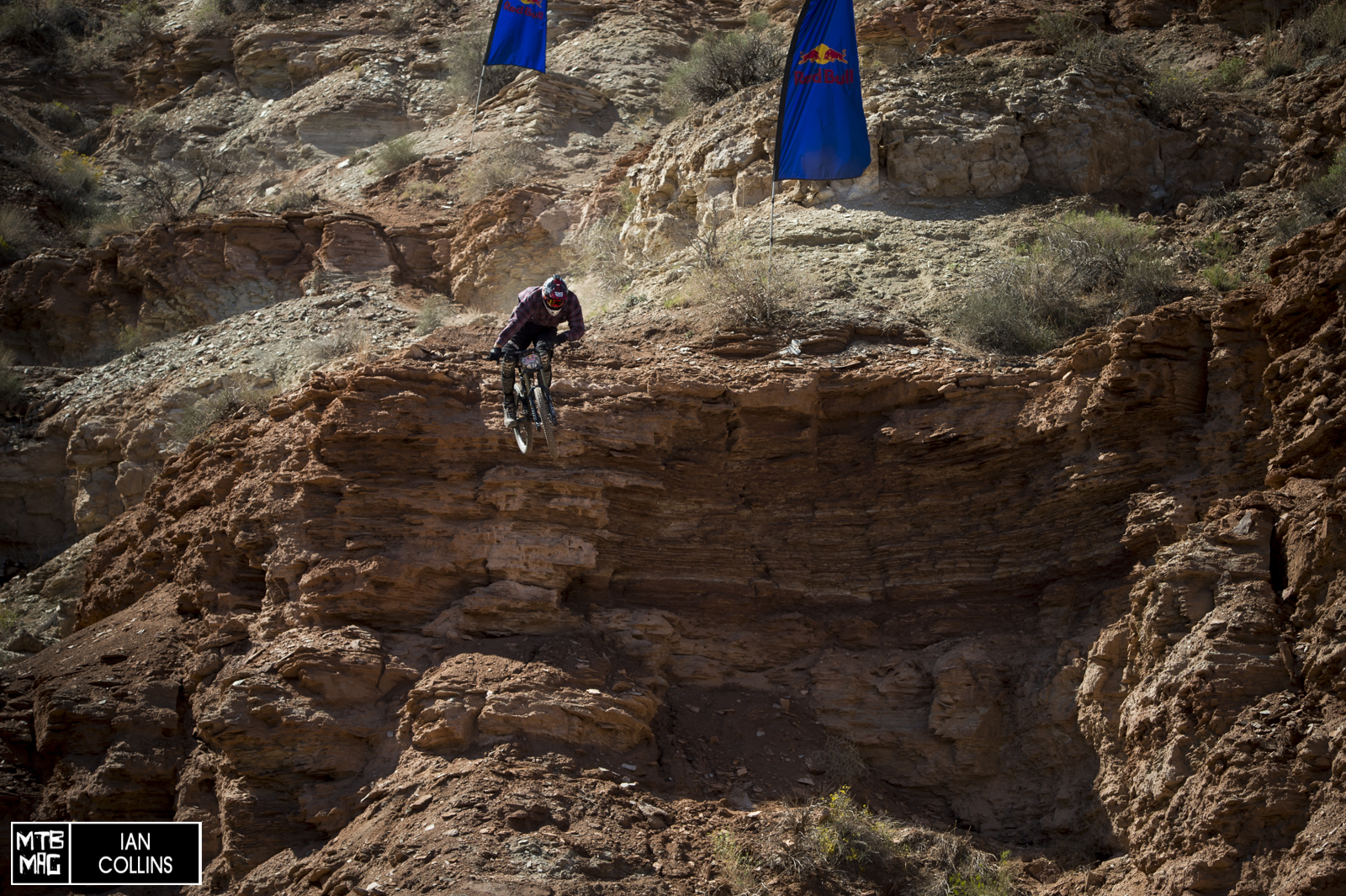 MTB-MAG : We have to ask you some boring cookie cutter questions. Where is your favorite place to ride?

MTB-MAG : What is a spot that you want to ride but haven’t yet?

JH : Thats a tough one.. I want Nico Vink to build the craziest thing he thinks is possible, and I wanna ride it, and live…My palms are sweating just imagining what that would look like.

MTB-MAG : Do you have a background in racing at all?

JH : Nope, never was a racer. I’ve raced a couple small DH things like Sea Otter, and a few speed and styles. It would’a been sweet to get into it when I was young, I didn’t really take biking seriously till I was much older. 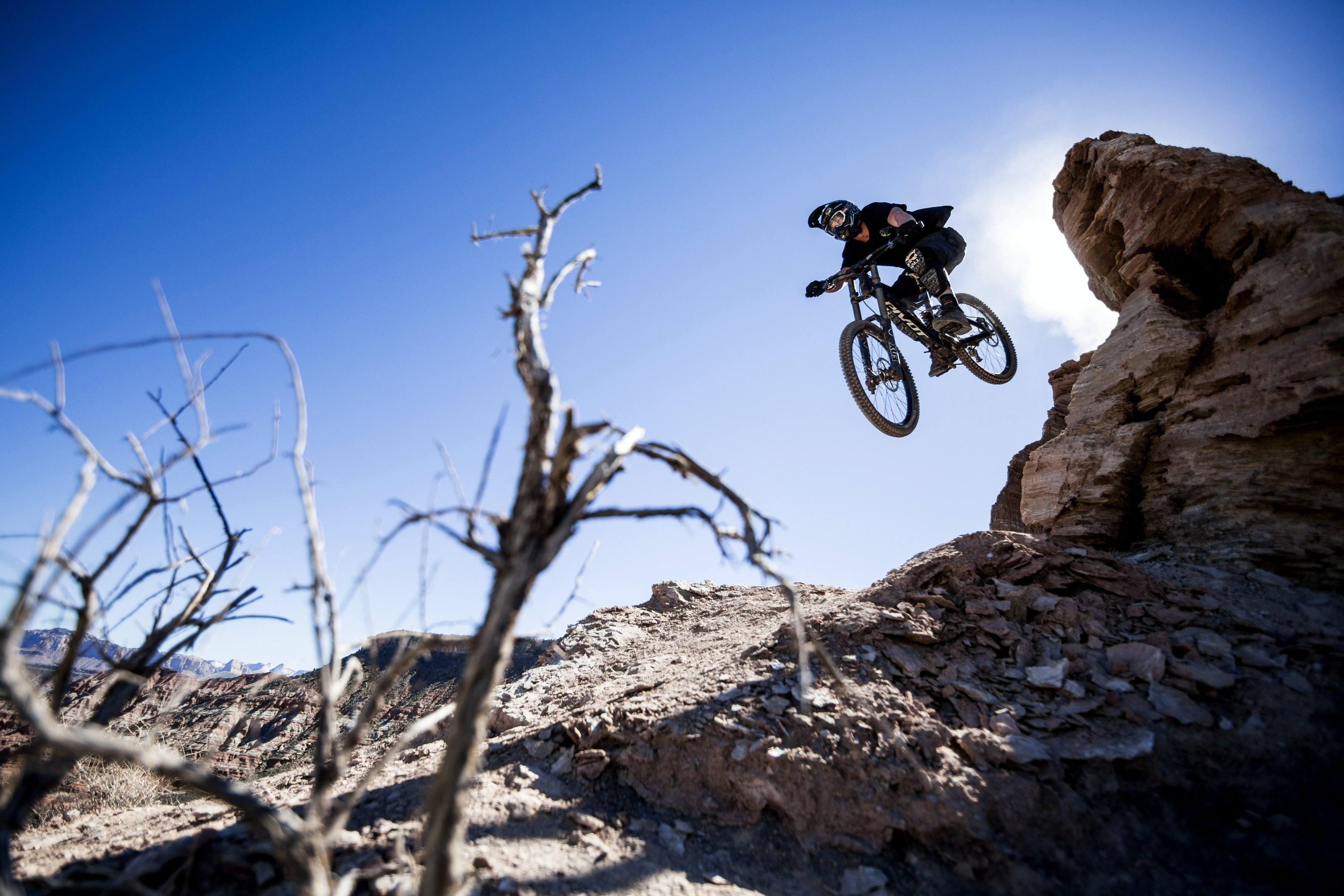 MTB-MAG : OK, here’s a somewhat tricky loaded question that’s always frustrating to answer(sorry) : who would you consider to be the best mountain biker on the planet?

JH : Well, I’ll list my favorite riders first. The dudes I look up too in terms of style are Jamie Goldman, Andreu, Zink, Nico Vink, Aggy, and a bunch of other guys. I think there’s some really dynamic talent and style out there which makes the question tricky. I can say that one person stands out mentally in my mind, I’ve never seen motivation like Brandon has. If he wanted to be the Enduro king he could, not based on XC ability as much as personal drive.

MTB-MAG : We’ve had a pretty shitty, dry couple of years in California. Are you excited for winter and hoping it rains? Do you have an particular plans for the “off season”?

JH : Winter in SC is the reason I live there and yes, we need more rain. Its awesome having all the dudes come to town for the great winter riding. Building is a big part of the winter for our crew, and this year we have quite the project on our hands. Kyle Jameson R-Dog and I are gonna be putting on “Cruz Fest” this April as the first stop of the 2015 Fest Series. Its gonna be a bitchen course and a great way to start off the year.

MTB-MAG : That is really cool news – we will be sure to be up there to watch you throw down. Thanks so much for taking the time to chat with us Jeff. Enjoy the “off season” and we’ll see you in NorCal.