Hot out of the mold and ready to race, Nico Vouilloz has been tuning his Spicy 170mm Enduro bike to be raced at La Thuile in Italy at the next round of the Enduro World Series. He has always looked to be one that finds marginal gains across the whole bike. We take a hands on close look at it with Nico. 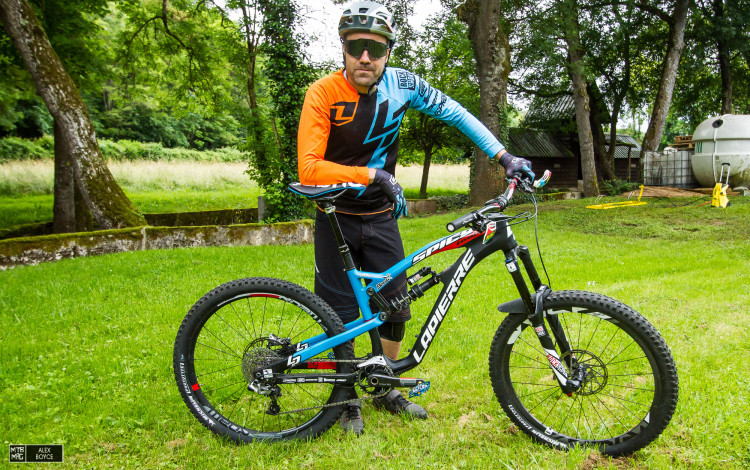 Nico stands by his bike, it’s first public outing for 2016, the frame is carbon and offers 170mm of travel, but nico has installed a 180mm Lyrik fork, with “lots of tokens in it.” 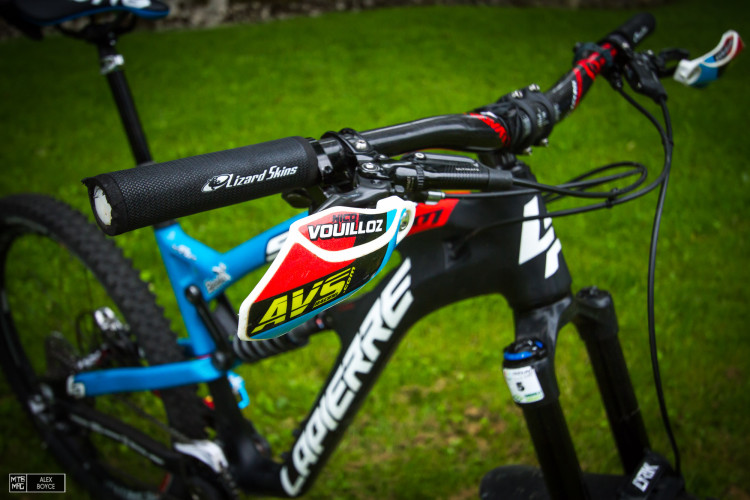 Nico’s bike is all about details, starting with the hand guards which he uses to protect himself from trail side brambles and vegetation, also he said that he can feel with the bar when he is off line or too close to the edge of the trail at speed without hurting his hands or clipping his bar. 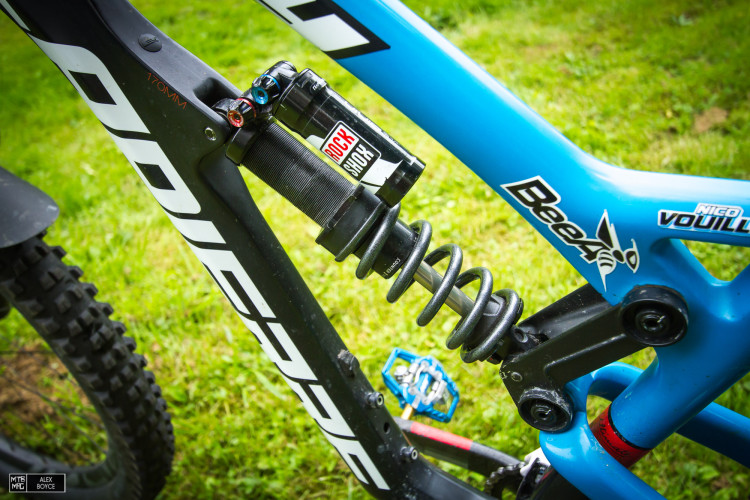 Nico is running a coil shock setup for his next race effort, especially good for long alpine runs. 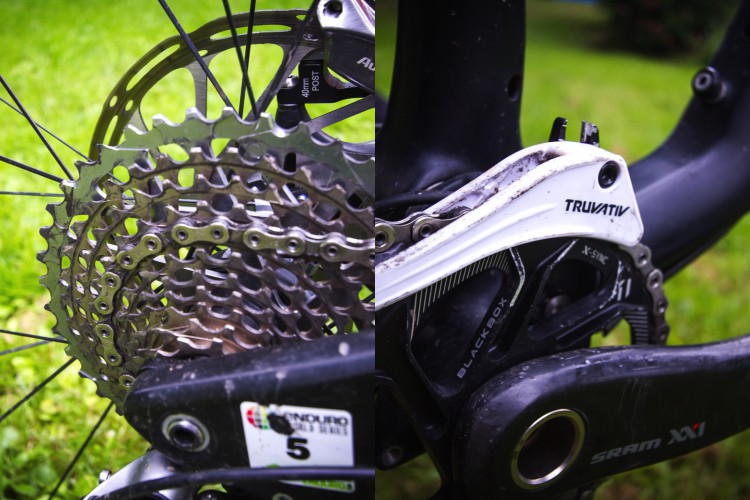 34T ring up front and a 10-42T cassette behind, apparently nico wants to run the eagle cassette with a 36T up front, he likes to go fast it seems. He has also slammed his chain guide close to the ring. 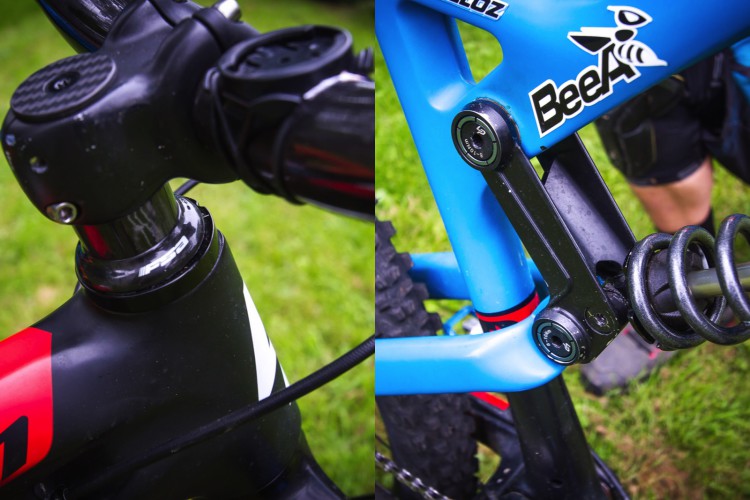 Details that most wont notice, a 1 degree offset headset and the rear OST+ link has had some extra material shaved off compared to a serial link. The side plates internal and cross member are thinner, the bearing caps are tapered rather than square. Total weight saving 40 grams. 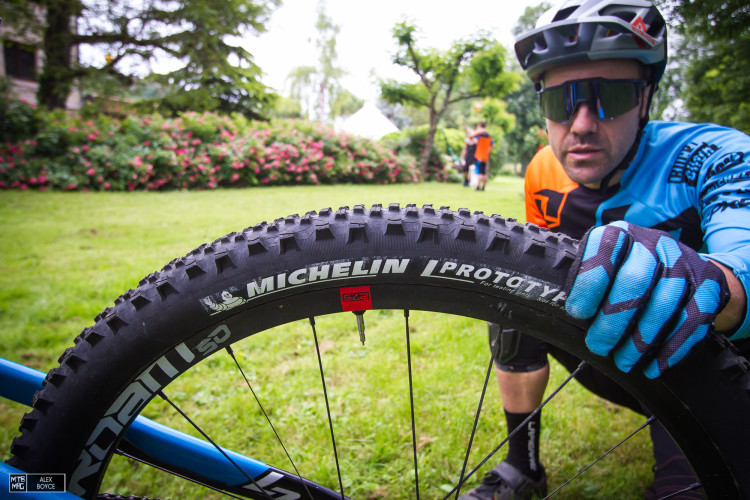 Nico has a prototype rear tyre on his bike that will be available soon, fast rolling and weighing in at around 900-1000 grams. Nico uses alloy rims from SRAM for his race wheels as they resist dings better than carbon in a race critical situation. 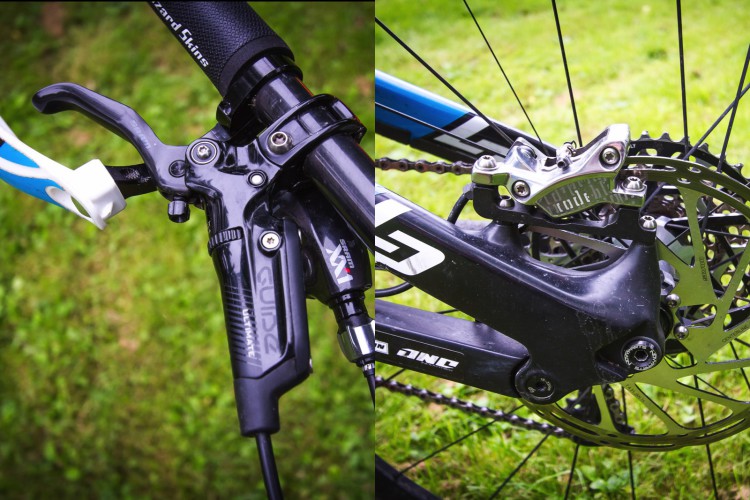 As he is going to performing race runs in excess of 9 minutes, Nico decided to mate Ultimate levers with a code caliper and 200mm discs. The result is he now experiences less arm pump. 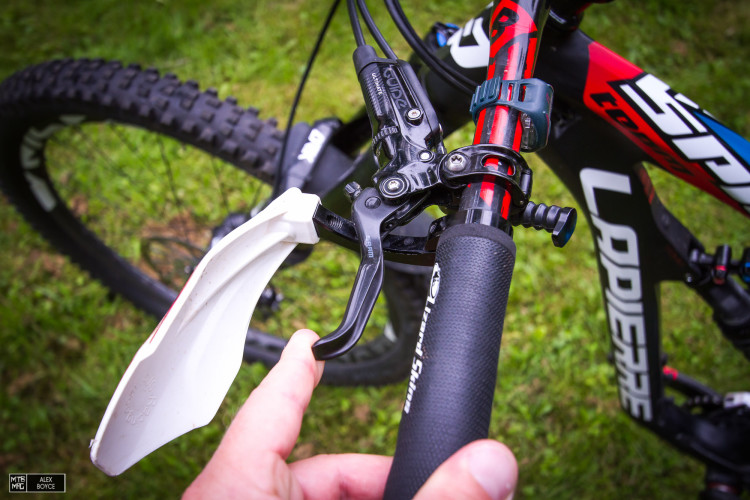 This brings us to his lever to bar setting, about here seems perfect for Nico. Last but not least his saddle, as you can see a normal fabric saddle, but Nico is using a 150mm seatpost, he is not sure about his optimal length and slam setting so he has installed an adjustable collar that seems to be his golden position.