Welcome to the FMB Newsflash! Feel free to use all the information and photos for your channels.

Red Bull Joyride is undoubtedly the pinnacle of slopestyle competition. This year however the iconic event hosted at Crankworx Whistler set the stage for the FMB Diamond Series Final, which will go down in Nuremberg, Germany, during the legendary urban slopestyle contest Red Bull District Ride. The eyes were on Emil Johansson (SWE) and Nicholi Rogatkin (USA), who were only separated by 30 points in the FMB Diamond Series standings. At the end of an intense battle in Canada Brandon Semenuk (CAN) took his fifth Red Bull Joyride win, ahead of Johansson, who took a huge step toward becoming the next FMB World Champion. 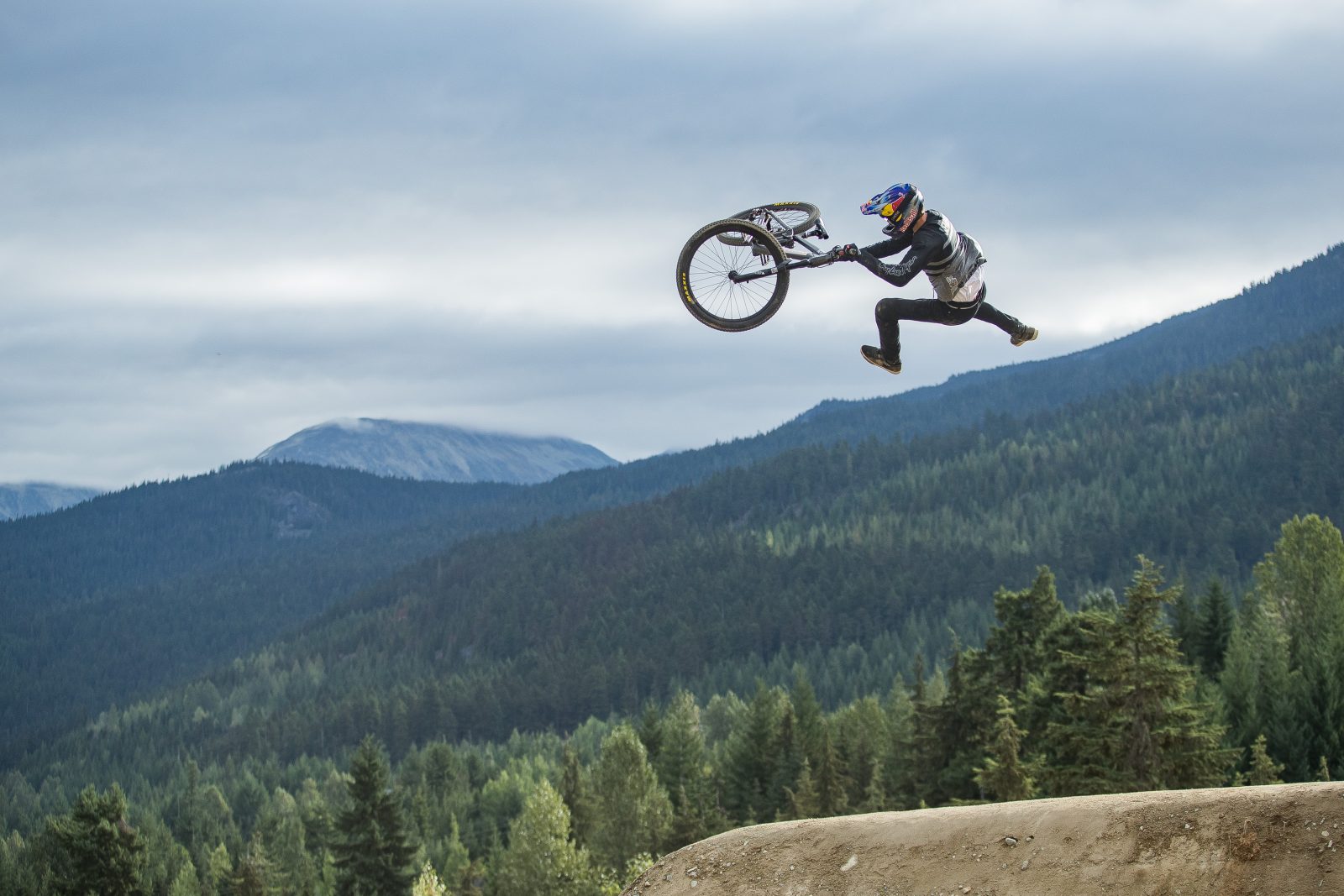 The world of mountain biking is well aware that Brandon Semenuk is one of the greatest athletes ever to ride two wheels on this planet. But it was hard to say, how he would fare in competition, as he hadn’t competed since Crankworx Rotorua to start the season. The Canadian was therefore the first rider to drop into the Red Bull Joyride course and did so as if he had been doing it on a weekly basis. Scoring 89.90 he put the pressure on his fellow competitors right away. After a few riders were able to get down to the bottom in one piece – including last minute addition Reed Boggs (USA) who took unlucky Max Fredriksson’s (SWE) place (injured in last practice) – the challenging course started to take its toll. After five incomplete runs in a row BMX-Legend, Ryan Nyquist (USA) was the first rider to break into the 80s with a gnarly run scoring 82.60, which was by far enough to put him in second place. Nyquist held on to the position until 18-year-old Emil Johansson sent a scorching run, which scored 86.60 and with that put a whole lot of pressure on his closest contestant for the FMB World Champion Title, Nicholi Rogatkin. The American got off to a great start and looked to be sending a stellar run that might have even been able to contest Semenuk, but messed up on a Barspin short before the final Step-Up. After Brett Rheeder also went down in his first run of the day the tension was boiling heading into the second half of the contest. 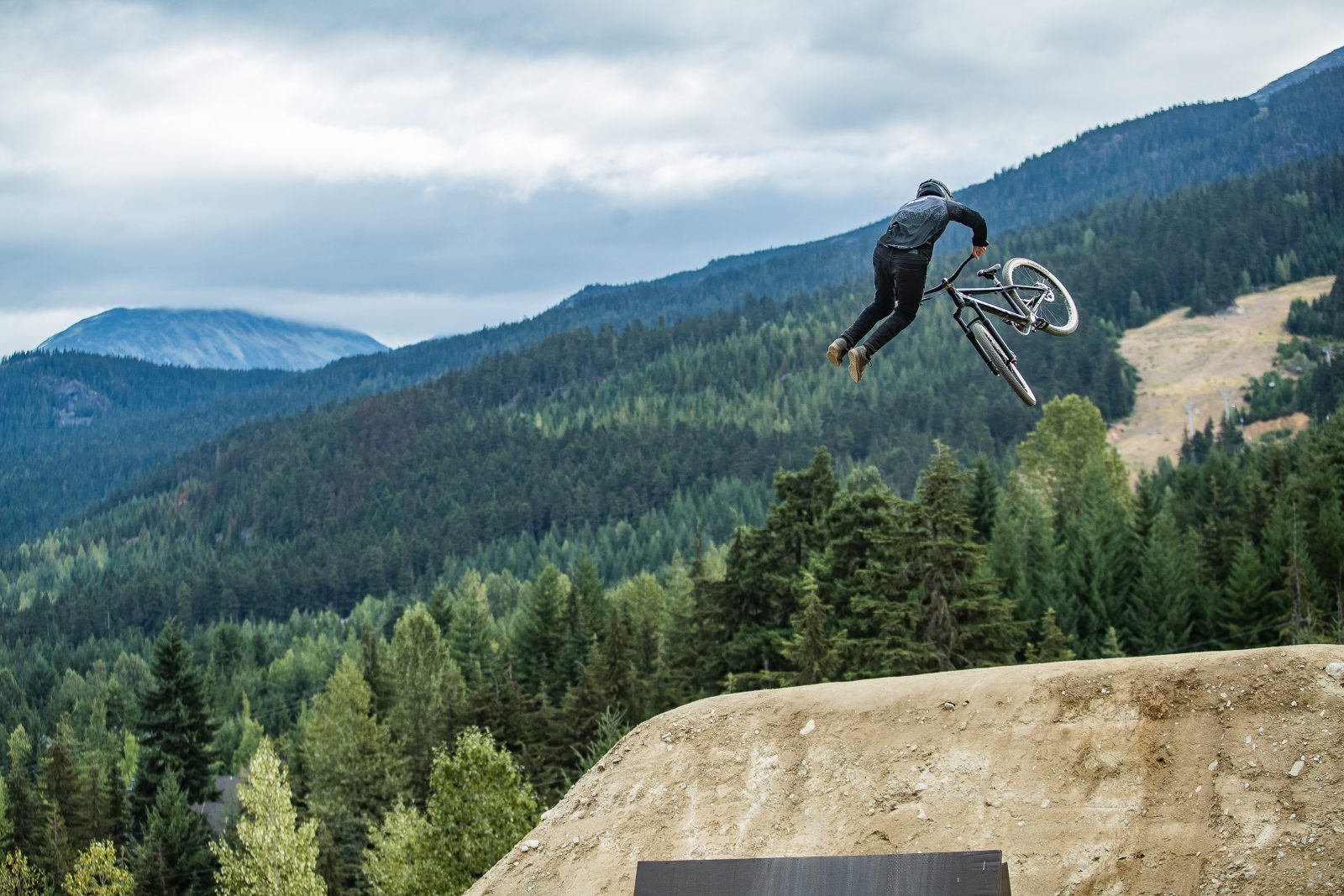 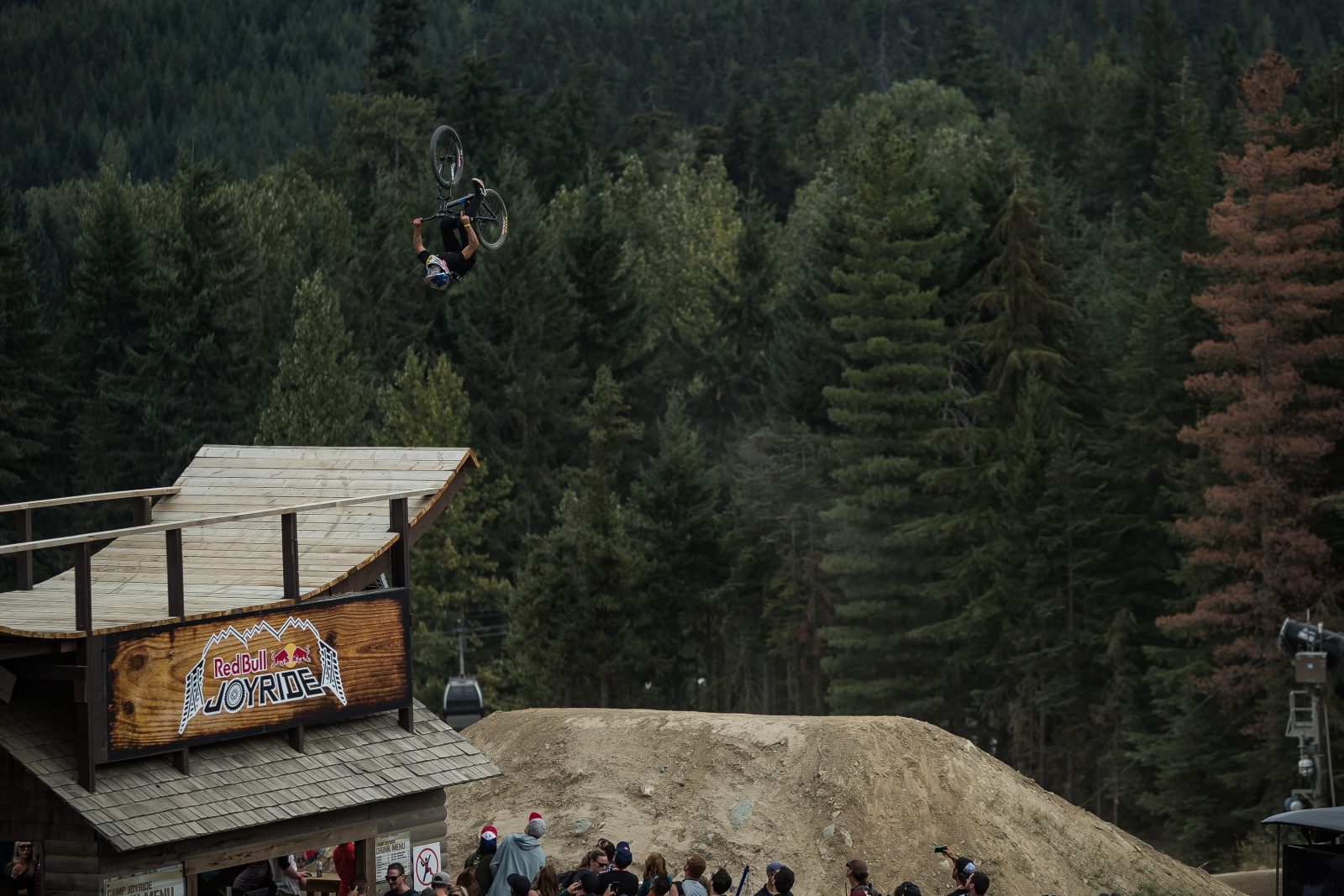 After the reshuffling of the lineup order Anthony Messere (CAN) was the fifth rider to drop in and did so with style. The 21-year-old improved considerably and scored 84.20; enough to catapult himself into third position for the time being. The next rider to raise eyebrows was Italian Diego Caverzasi. After having gone down hard in his first run the 23-year-old pulled himself together and scored a great run (81.60) pushing himself into the Top 5. Then eyes rested on Rogatkin once again. Would he be able to attack the podium and close in on Emil Johansson? The answer was no. The reigning FMB World Champion unluckily over rotated a Cash Roll causing his rear tire to burst, killing his run and hopes of a podium spot. The third last rider to drop was Ryan Nyquist. Once again “on the verge of disaster” as Red Bull TV co-commentator Cam McCaul put it, the American held onto his second run as well. Nyquist still had the guts to send an impressive run, which beat Anthony Messere’s score by .60. That was enough to get back that prestigious podium spot. With only two riders left at the top, it was all down to Emil Johansson. The young Swede sent a bold run, but it was still not enough to beat the very first run of the day. Semenuk was honored a victory lap, one well deserved. 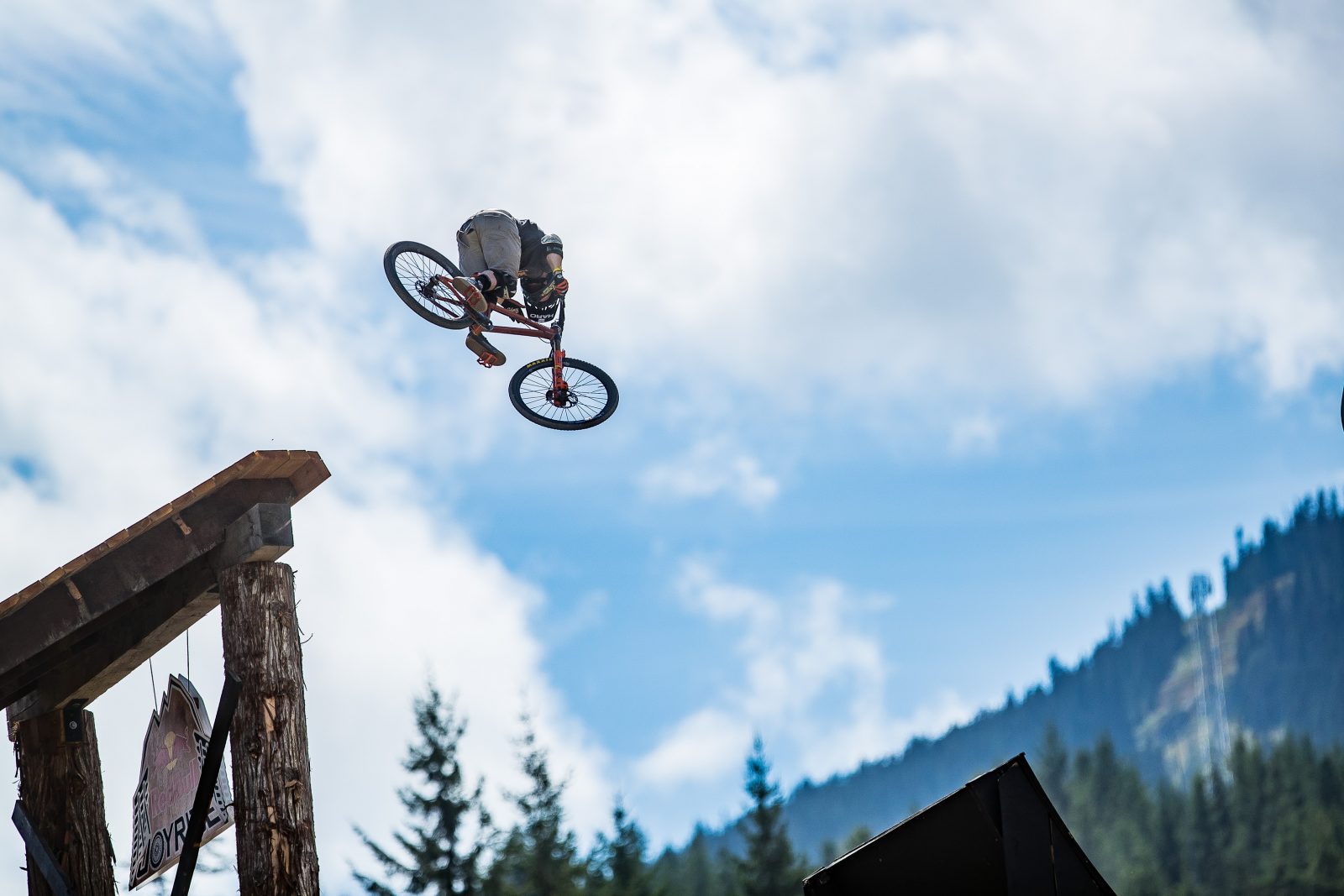 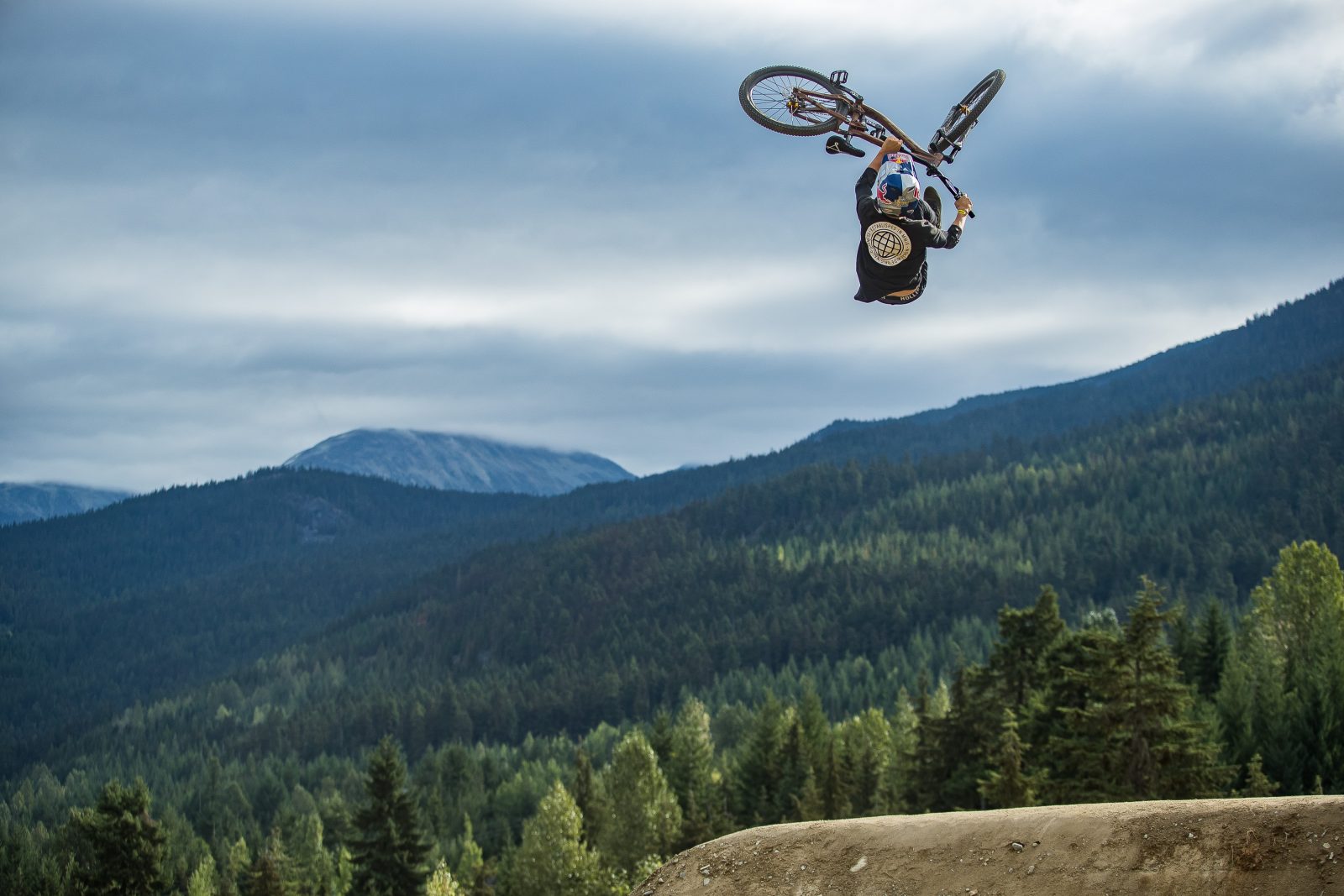 Emil Johansson however has still taken a huge leap towards the FMB World Champion Title. The young “Master of Consistency” has some room to work with. Regardless of the 604-point cushion however, he will still have to send at least one big run at Red Bull District Ride on September 2. Given Rogatkin’s BMX background, the American will be all the more dangerous on the urban slopestyle course that will lead the riders through the 950-year-old town in Germany. We are in for one last fascinating battle in the FMB Diamond Series! 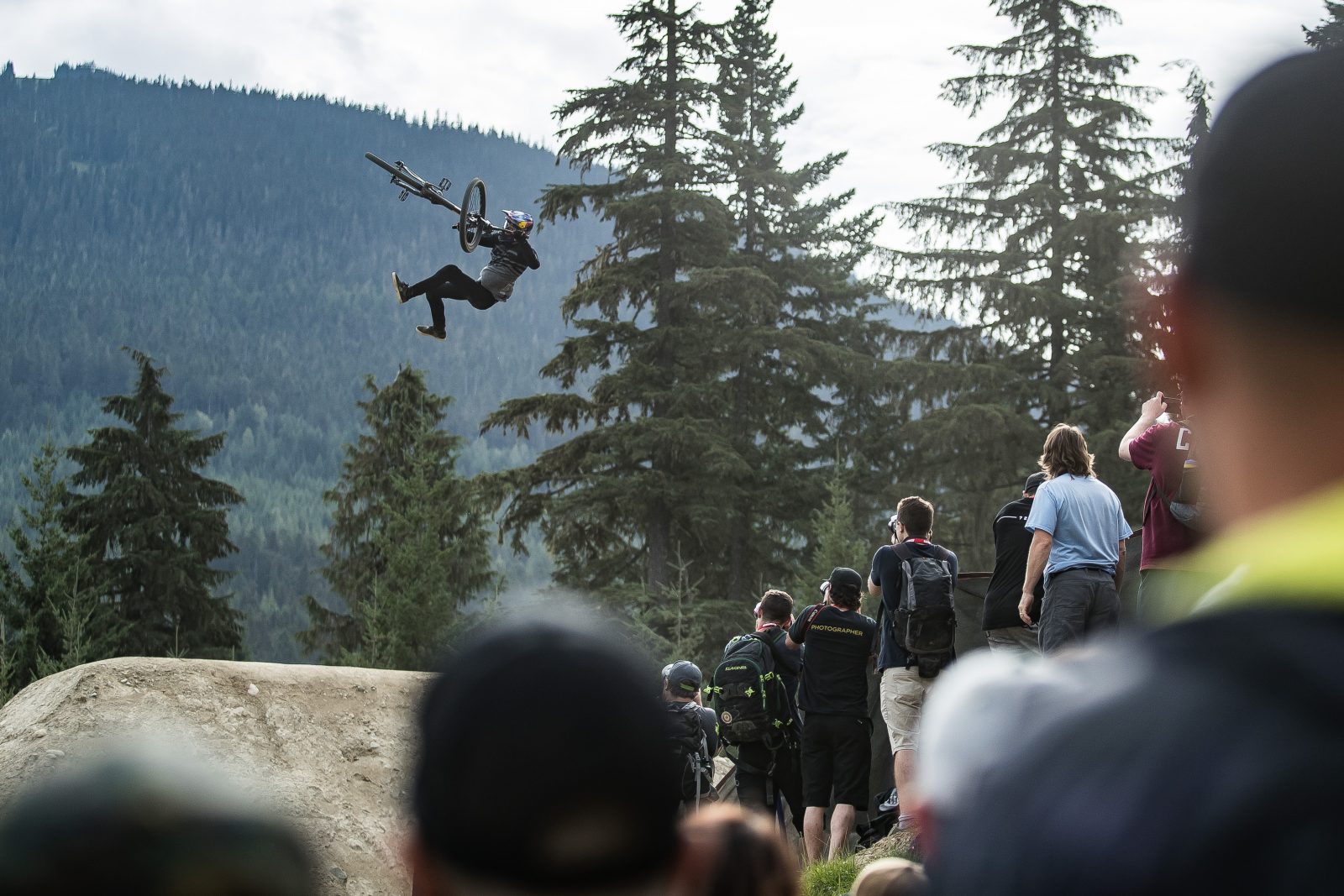 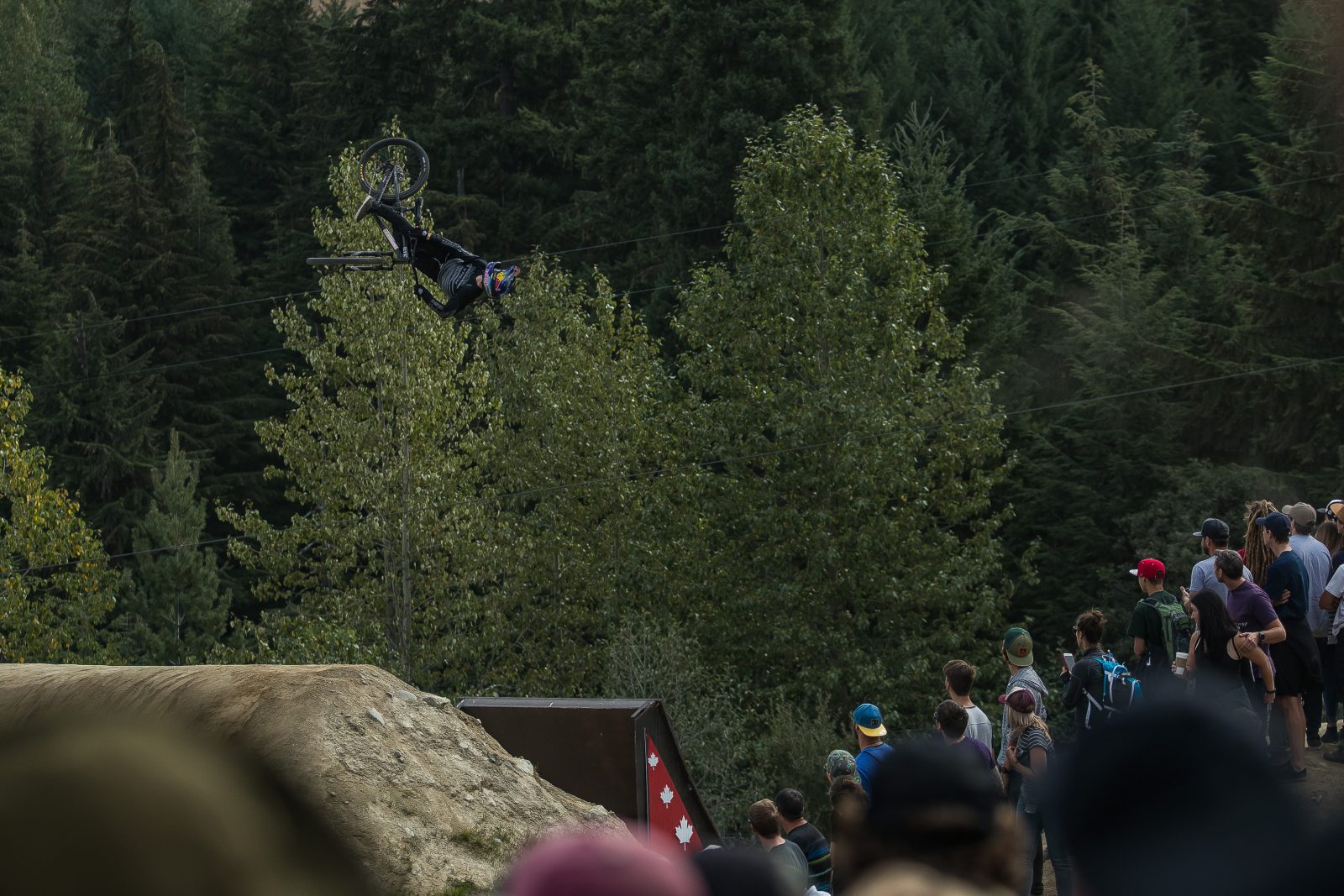 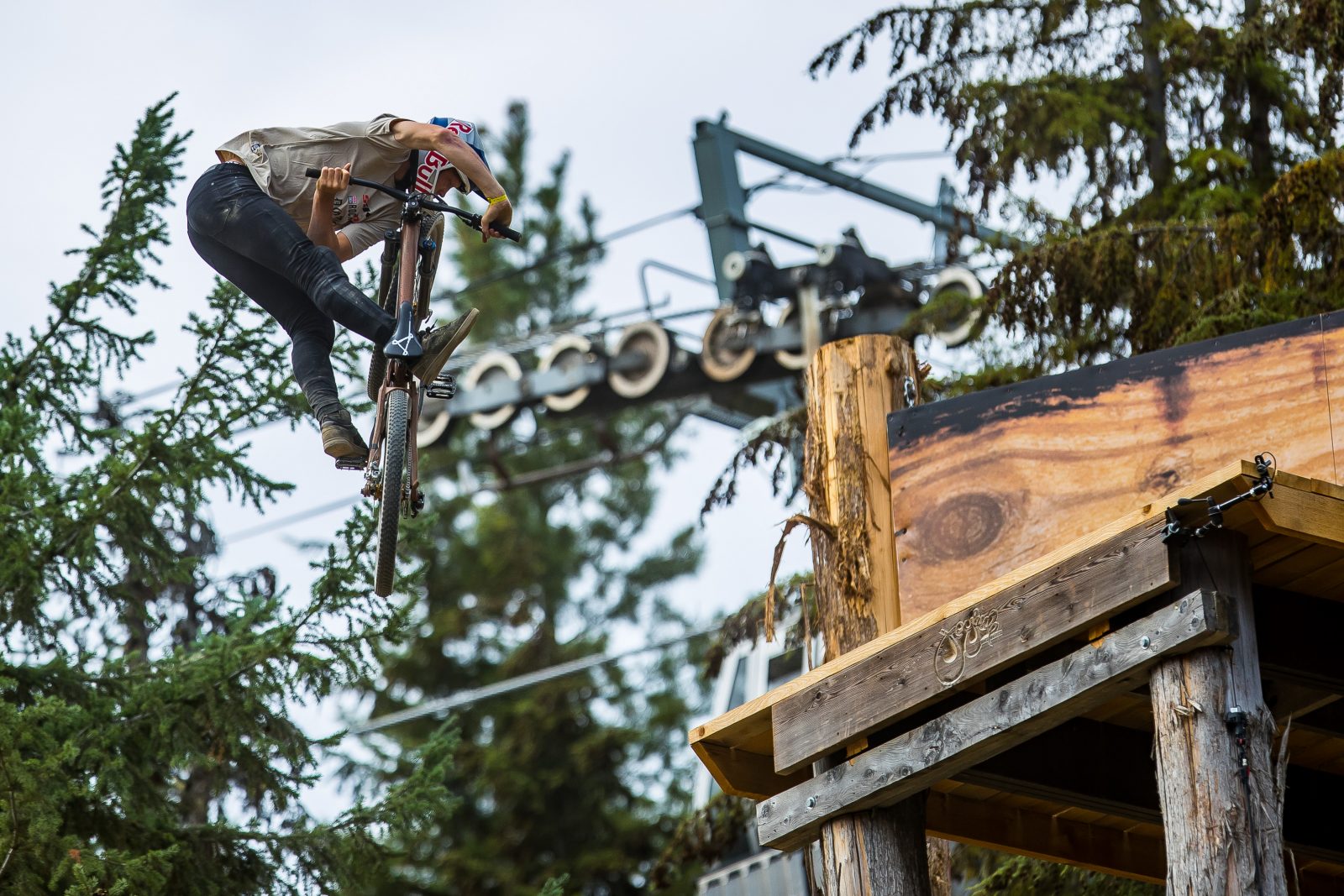 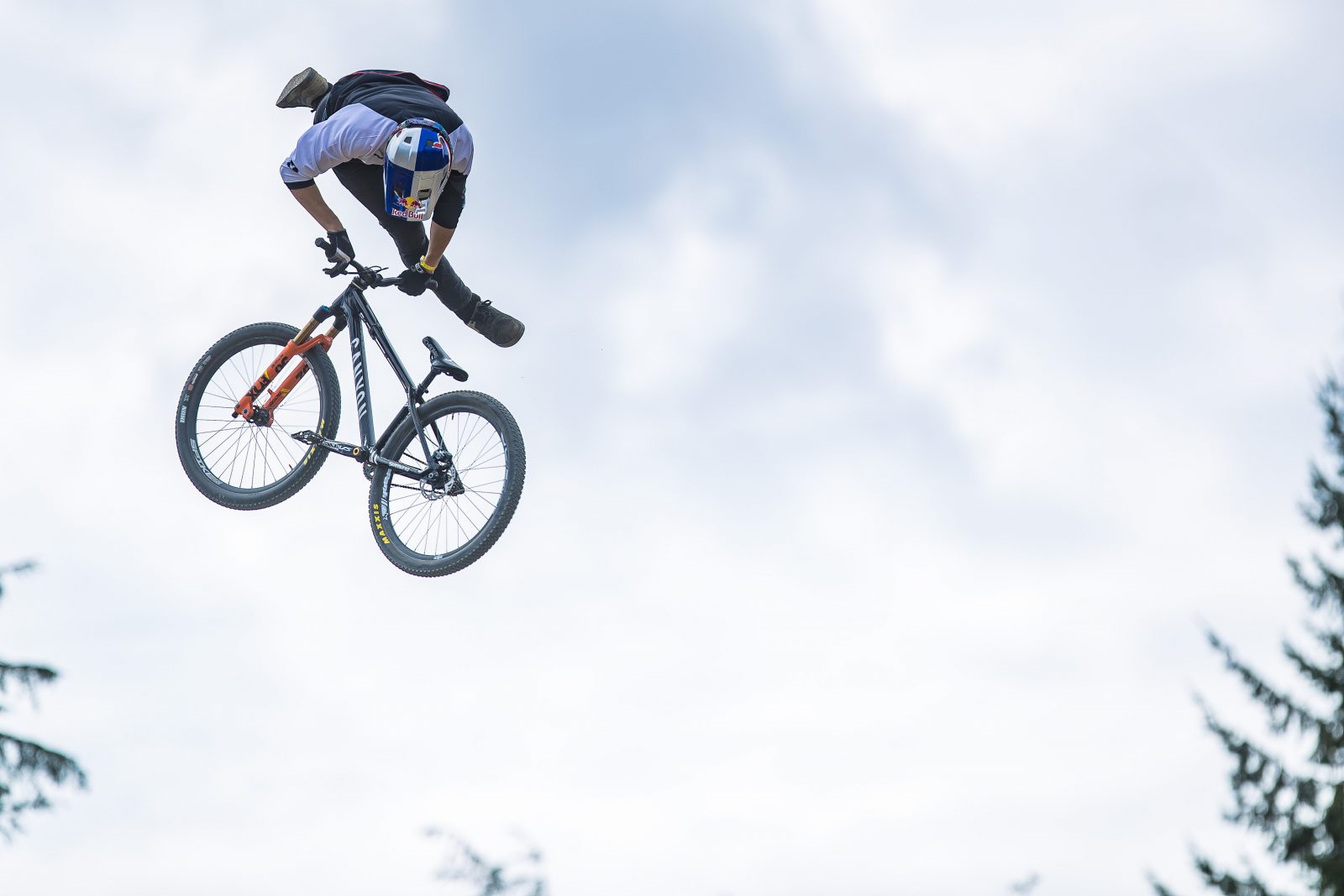 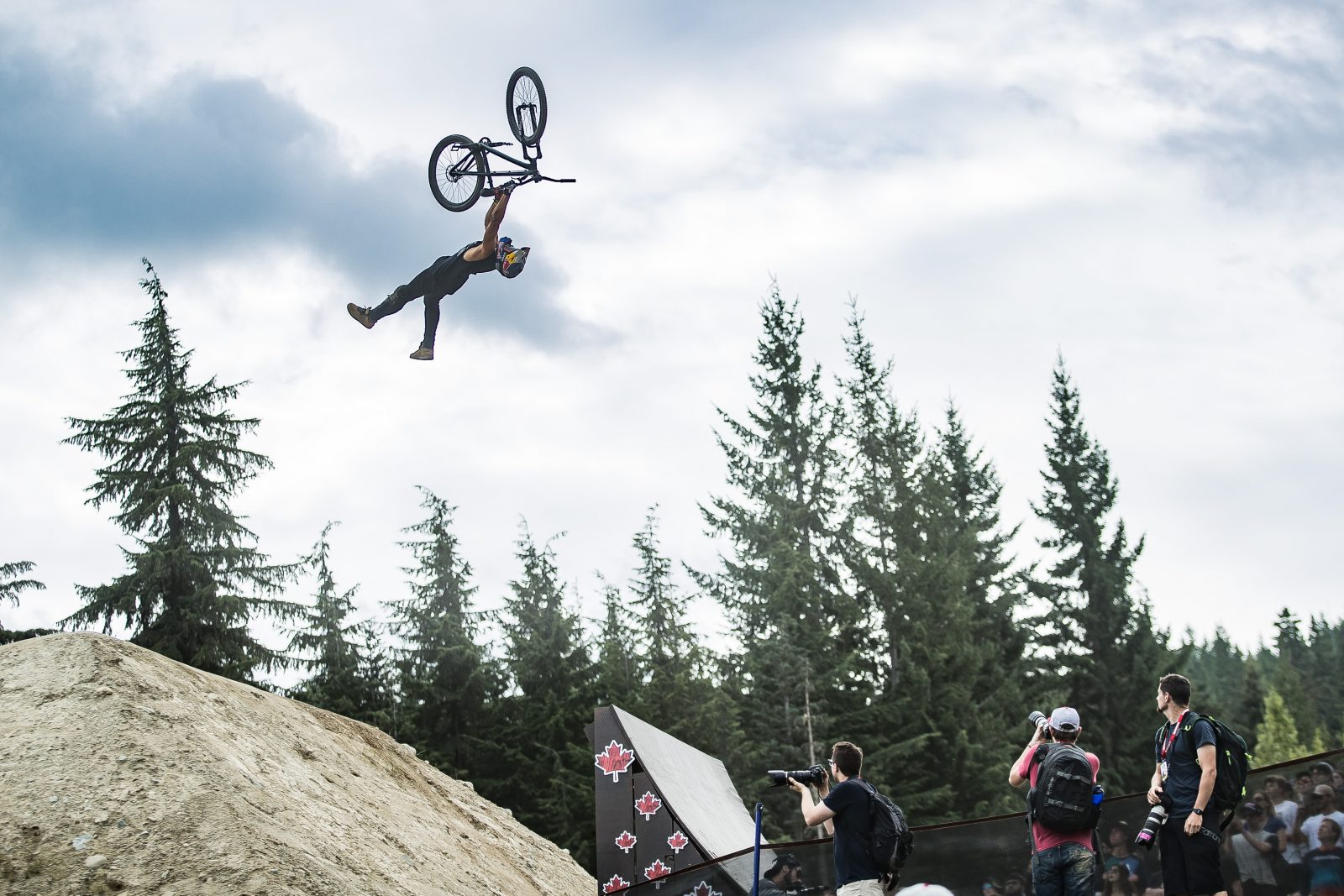 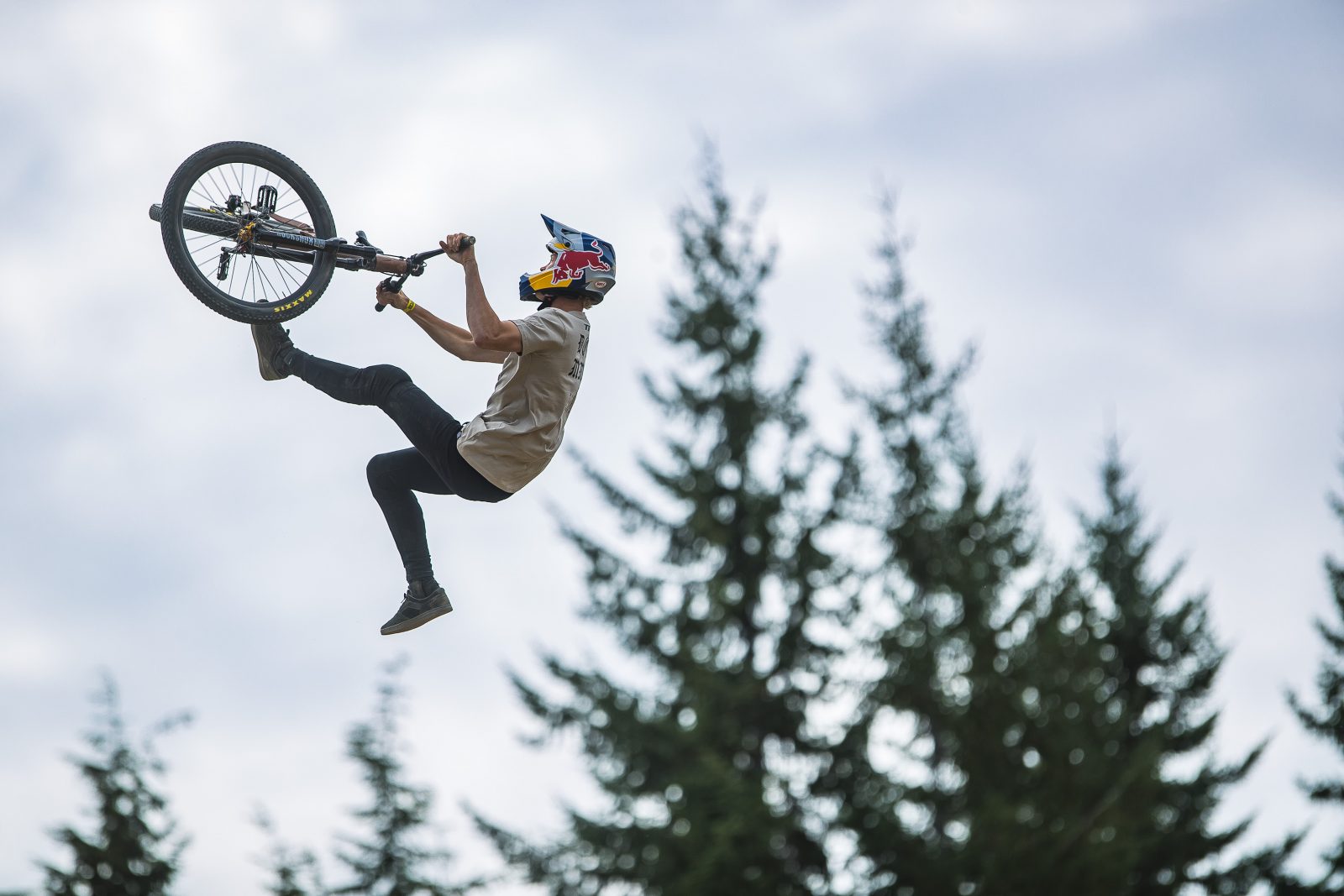 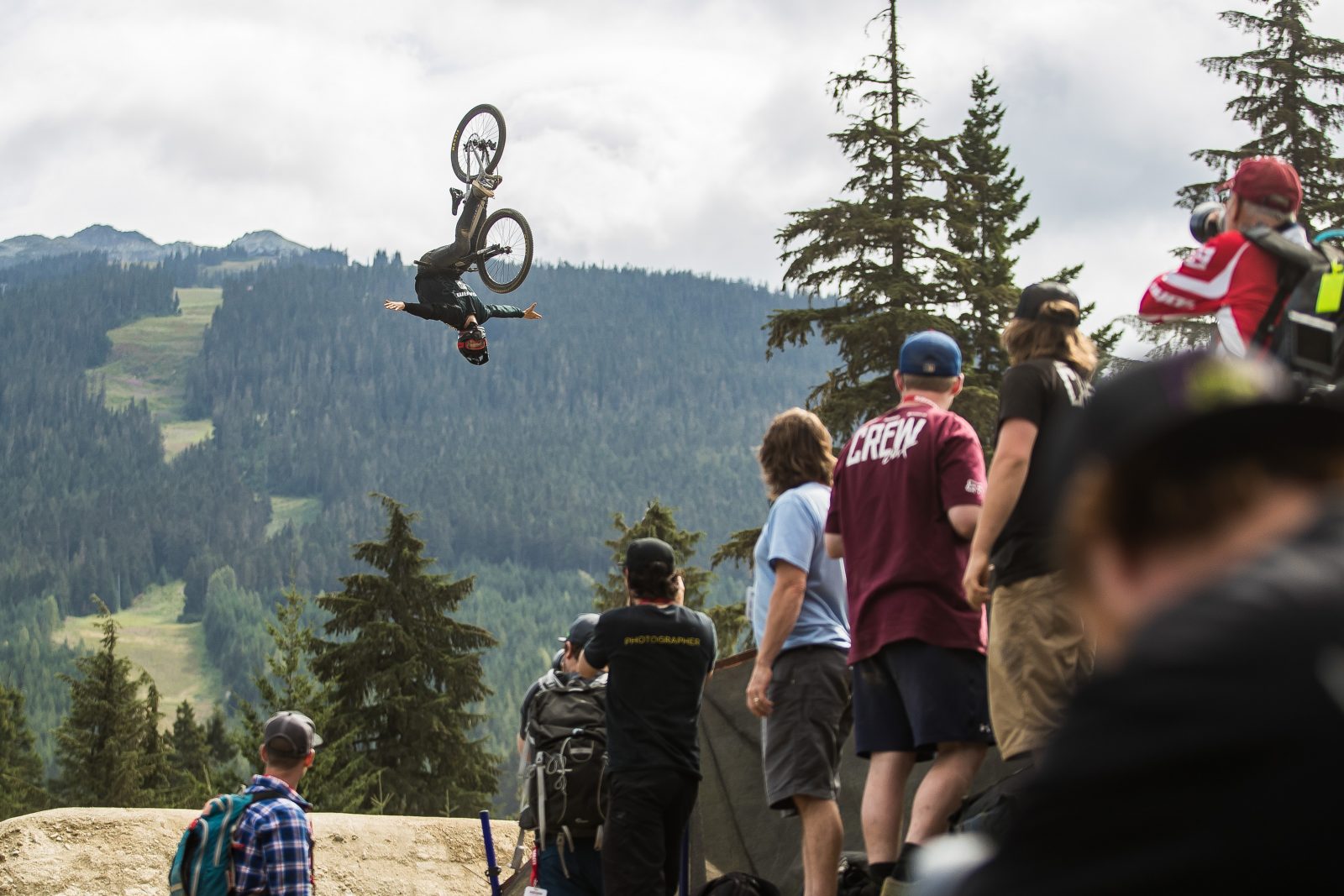 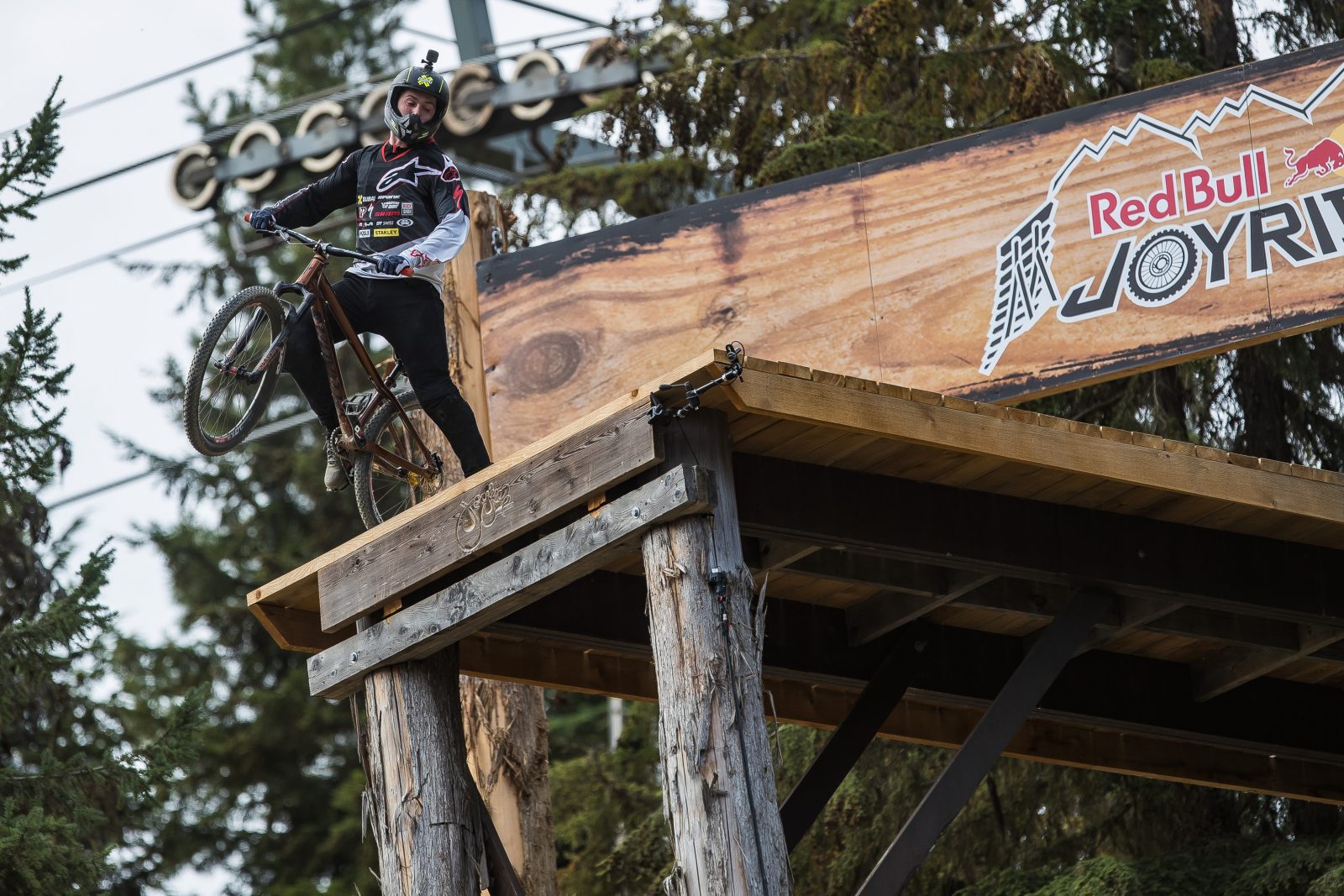