Although most readers are likely distracted by the release of the new Spectral and Torque, Canyon also presented the third novelty of its 2018 range: the new aluminum Sender. A little more muted than the high-end bruiser, the Sender AL still represents an important broadening of the new range of Canyon products, both for offering for the first time in its history a true DH ready race bike at prices that are undoubtedly accessible, and for the further innovations introduced with this model. Although it is very similar, in many ways it is different from the carbon version – the Sender CF that we thoroughly tested last year. 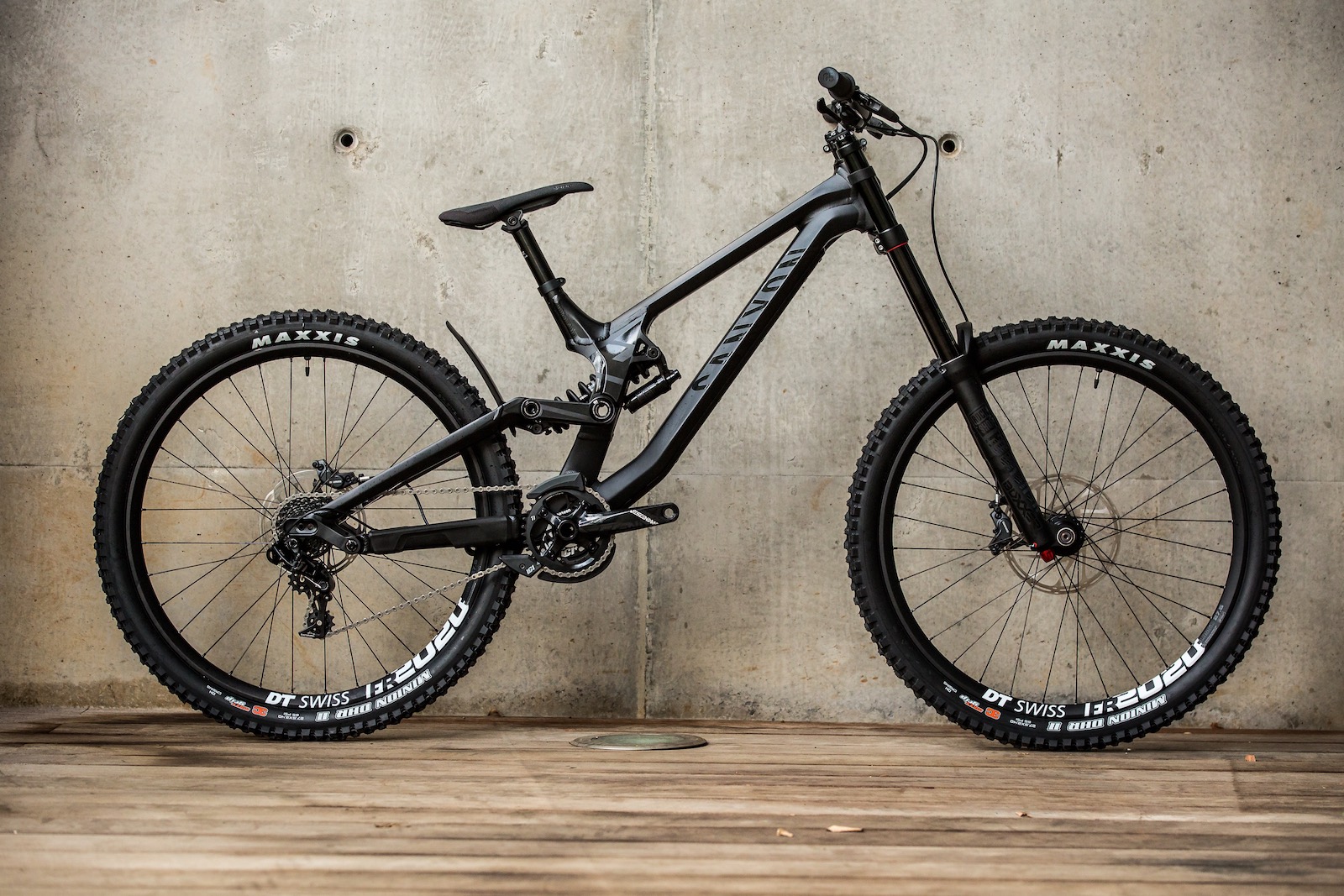 The design totally emulates that of the carbon version both in terms of lines and in the geometry. The aluminum alloy used for the frame is 6066 and Canyon claims to have reached a high standard of robustness, such that the bike withstands (with plenty of margin) the same tests carried out on the Sender CF. 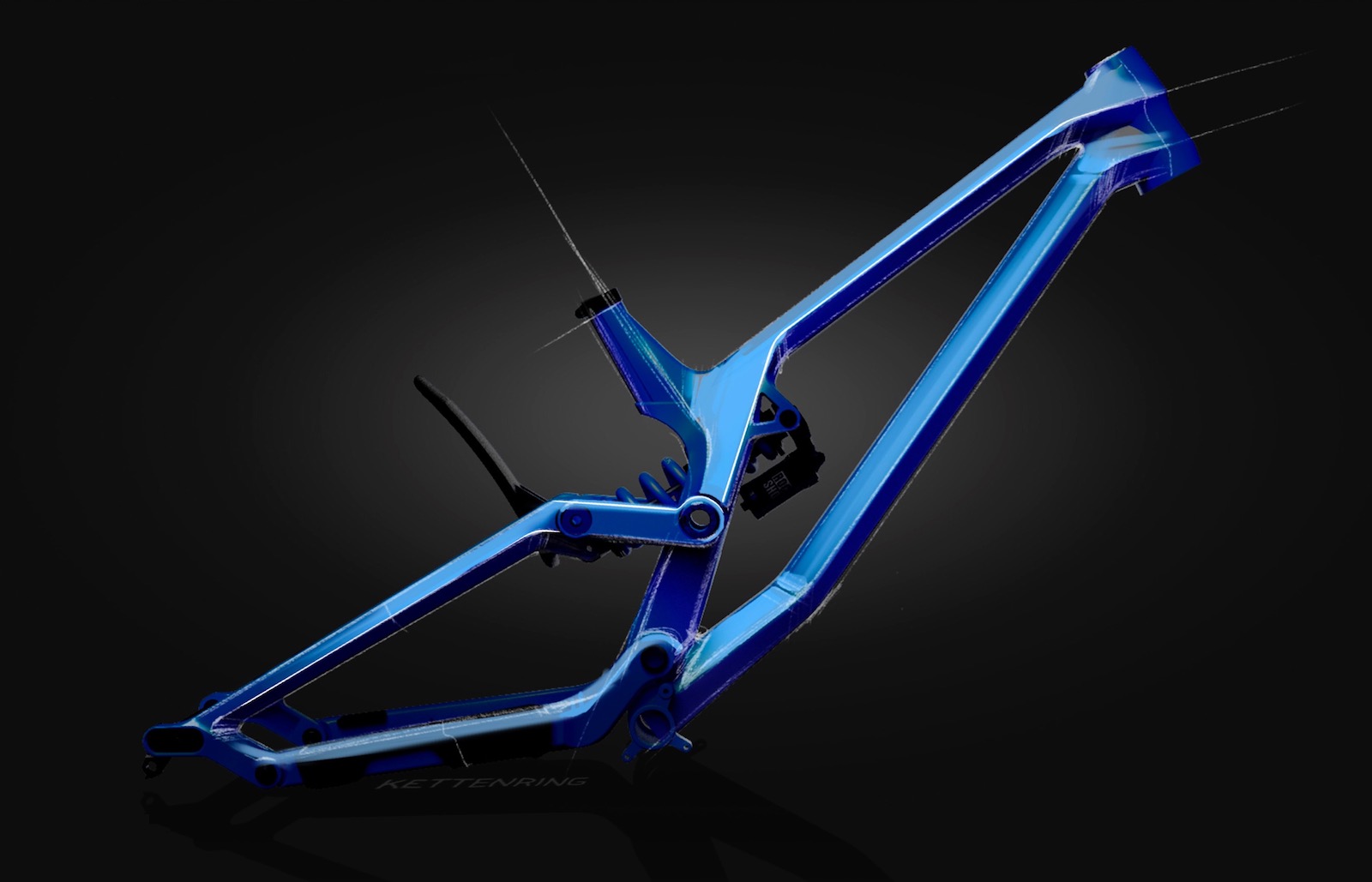 The suspension scheme generates 200mm of travel and is based on a system with Horst coupling identical to that of the CF version but on the AL version the links that activate the shock in pull mode have been eliminated. The shock absorber is now compressed in push mode directly from the seatstays which acts as a part of the linkage. The compression curve has been adapted to the linearity of the standard coil sprung shock, specifically a 250mm eye to eye RockShox Super Deluxe. 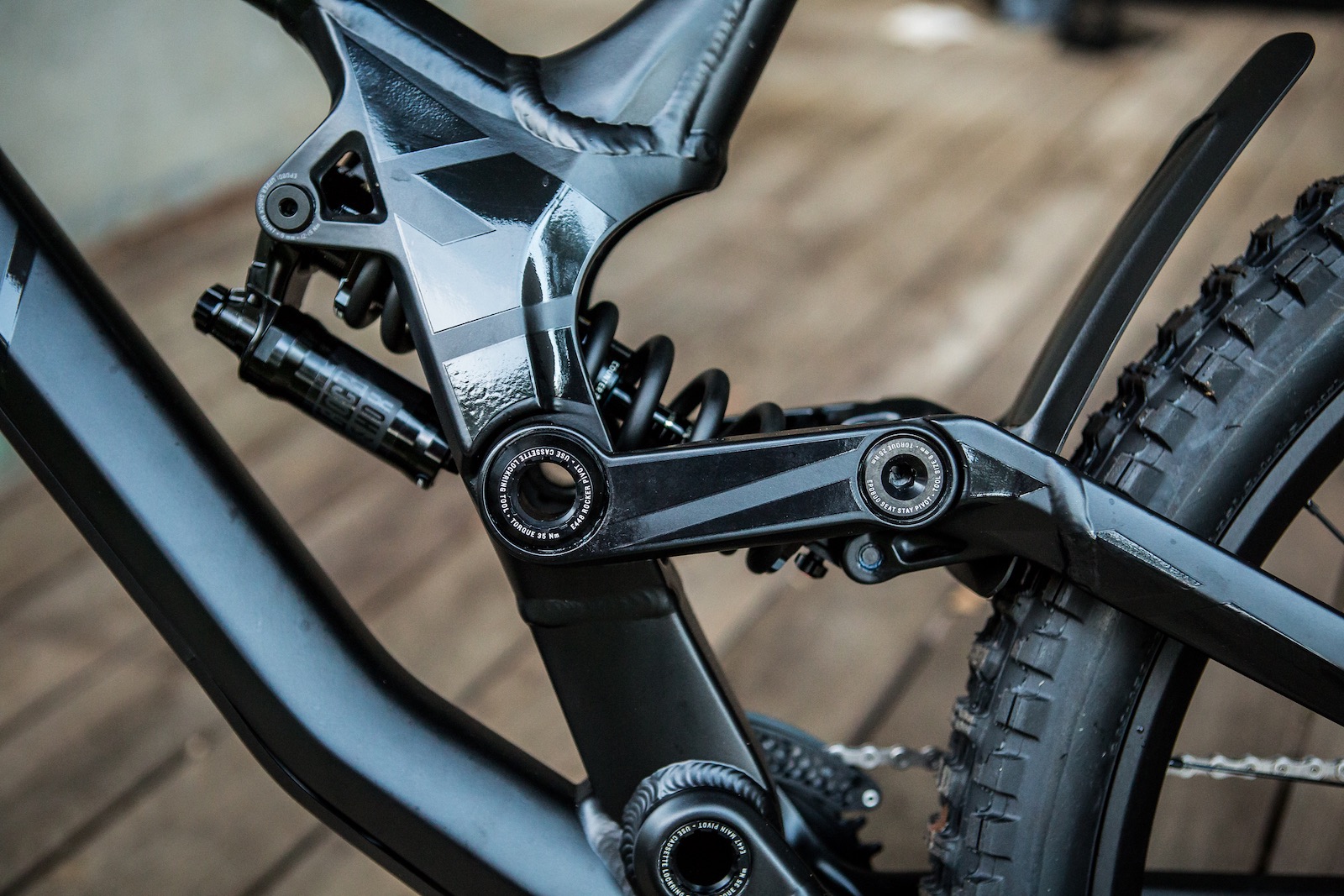 The compression curve is ideally divided into 3 phases, a concept introduced with the Sender CF and reiterated with both the Sender AL and the latest models presented: Spectral and Torque. The first part, up to the zone of sag, offers sensitive initial travel to maintain contact with the ground, absorbing little bits of chatter. The second part, the central one, is for stablity and provides well supported, but reactive suspension. The end part is moderately progressive to counteract bottom outs while still allowing the rider to use all of the travel. 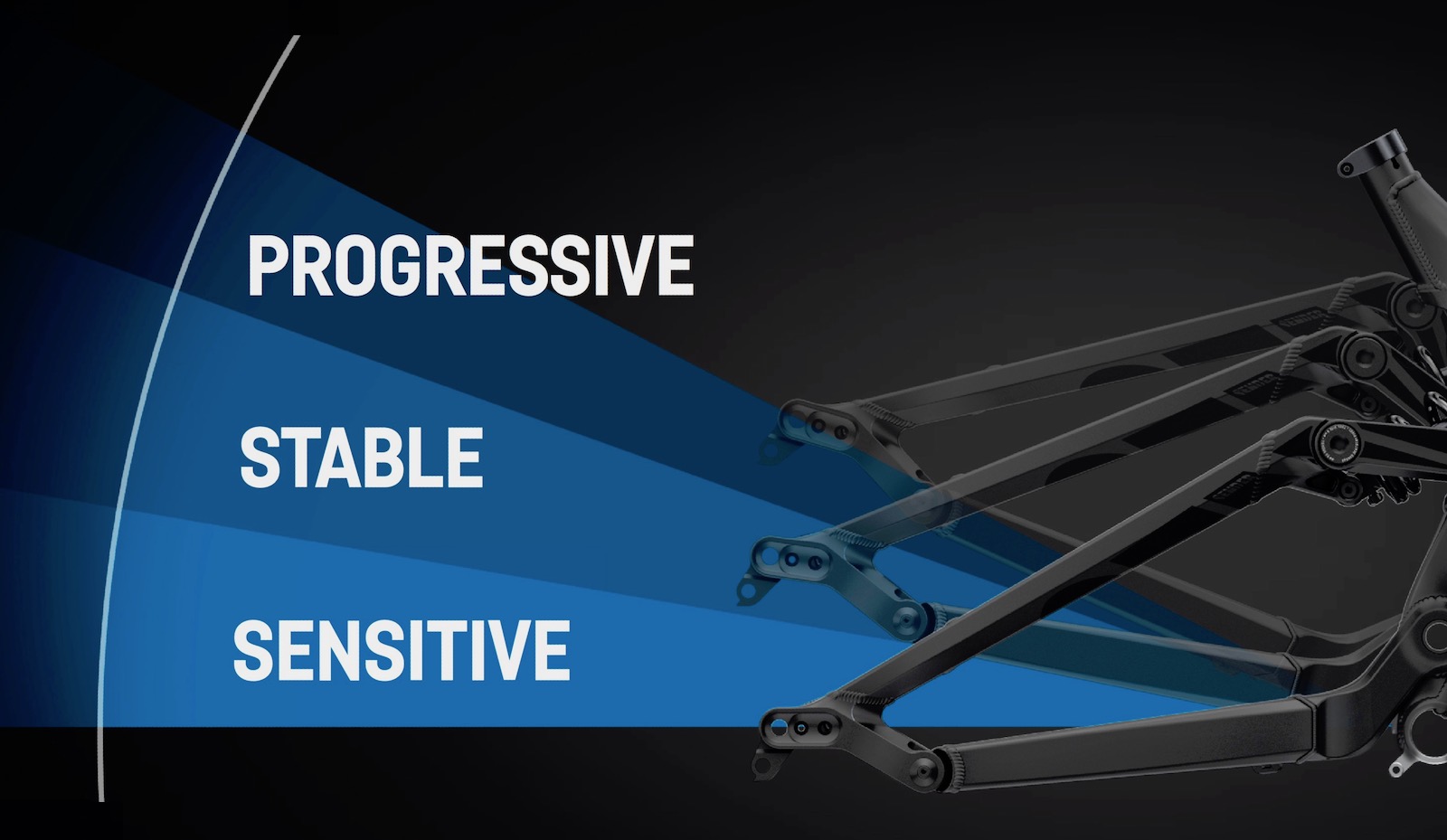 The suspension rate recreates the same behavior of the carbon version for the 3 key features: anti-rise, anti-squat and pedal kick-back. The first refers to the behavior of the suspension under braking, which remains active while continuing to absorb hits and bumps, providing constant grip. The second and third are related to each other and Canyon has sought the right compromise to ensure maximum stability while pedaling yet reducing pedal kick-back that beats up the rider’s legs. 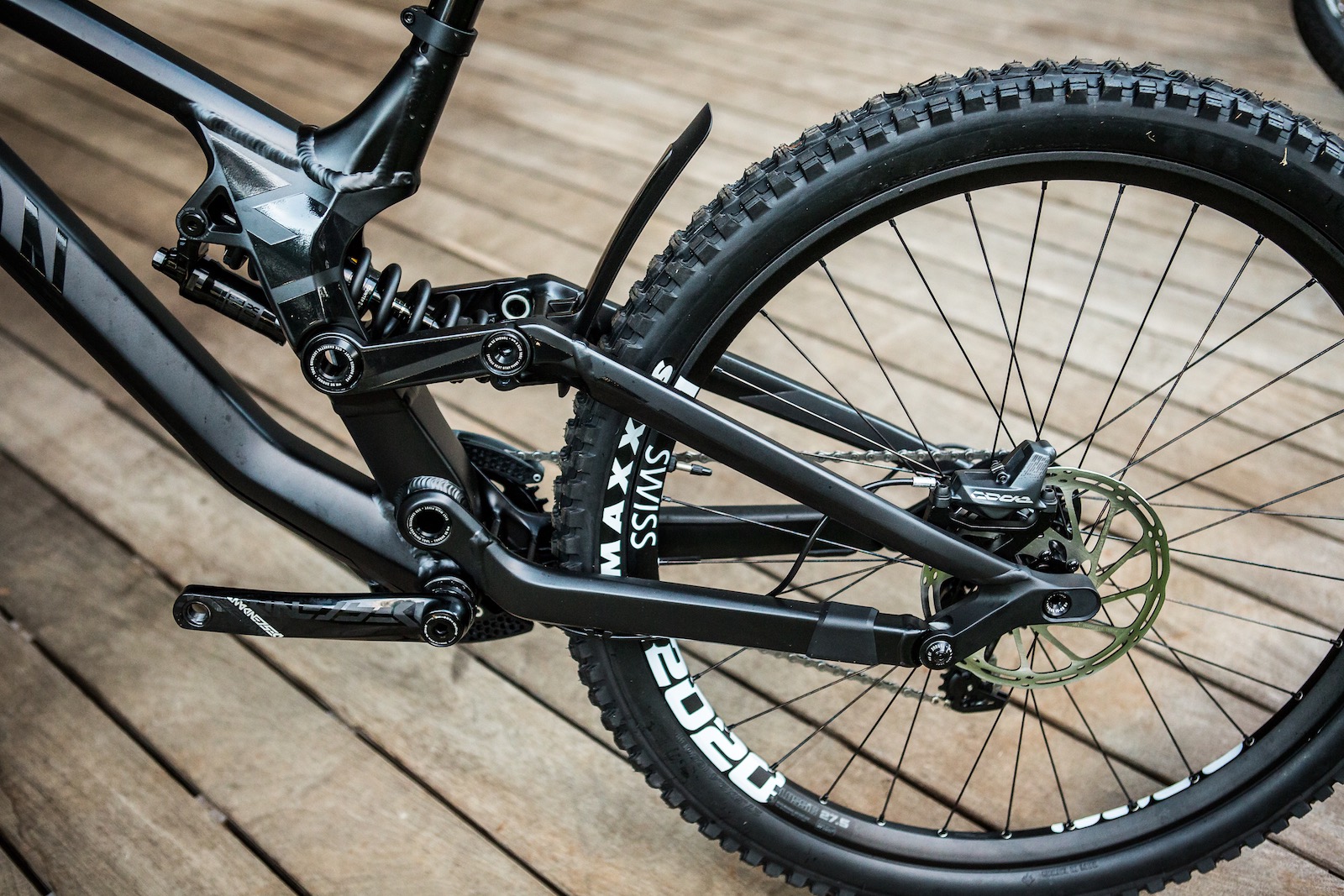 As with the Sender CF, the geometry of the frame can also be adjusted on the Sender AL. Here it is not possible to adjust the steering angle as you can on the CF but you can change the length of the chainstay  between two dimensions, 430mm or 446mm, simply by flipping the inserts in the dropouts which hold the rear axle and then by moving the brake caliper adapter fore and aft accordingly. Numerous accessory details of the frame are devoted to the protection of the frame and the silence of the bike. Some are adopted from the CF version such as the long, flexible rear fender, double-compound rubber sheaths on the chainstays – on the drive side for the chain and on the non-drive side for the heel. Other new features introduced with this new series of models include the plate under the down tube that serves as protection and a duct for the drivetrain cable and the brake hose. Lastly, the shape of the rear end provides extra space for the chain in the neighboring area of the smaller sprockets, minimizing any risk of rattling noise. 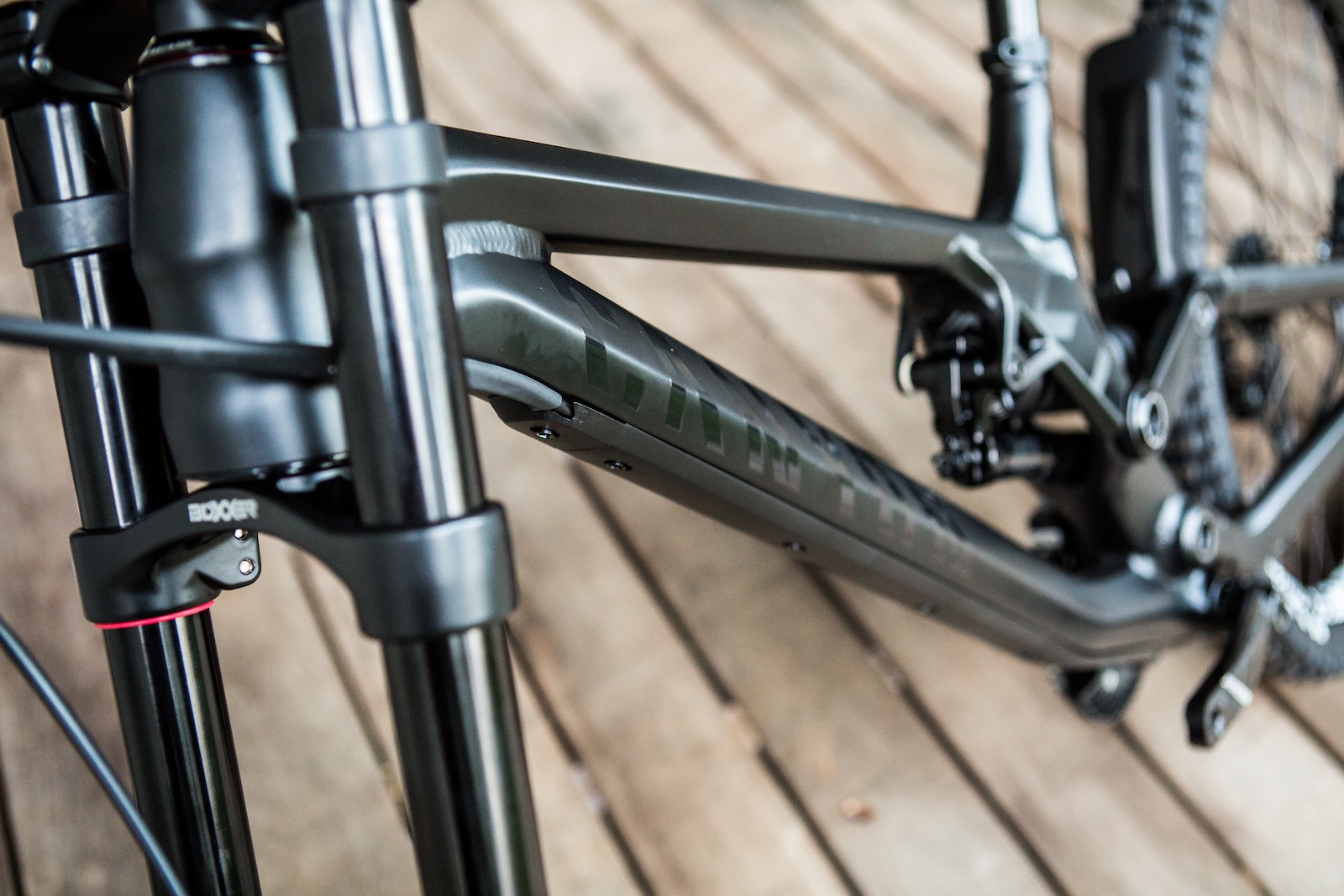 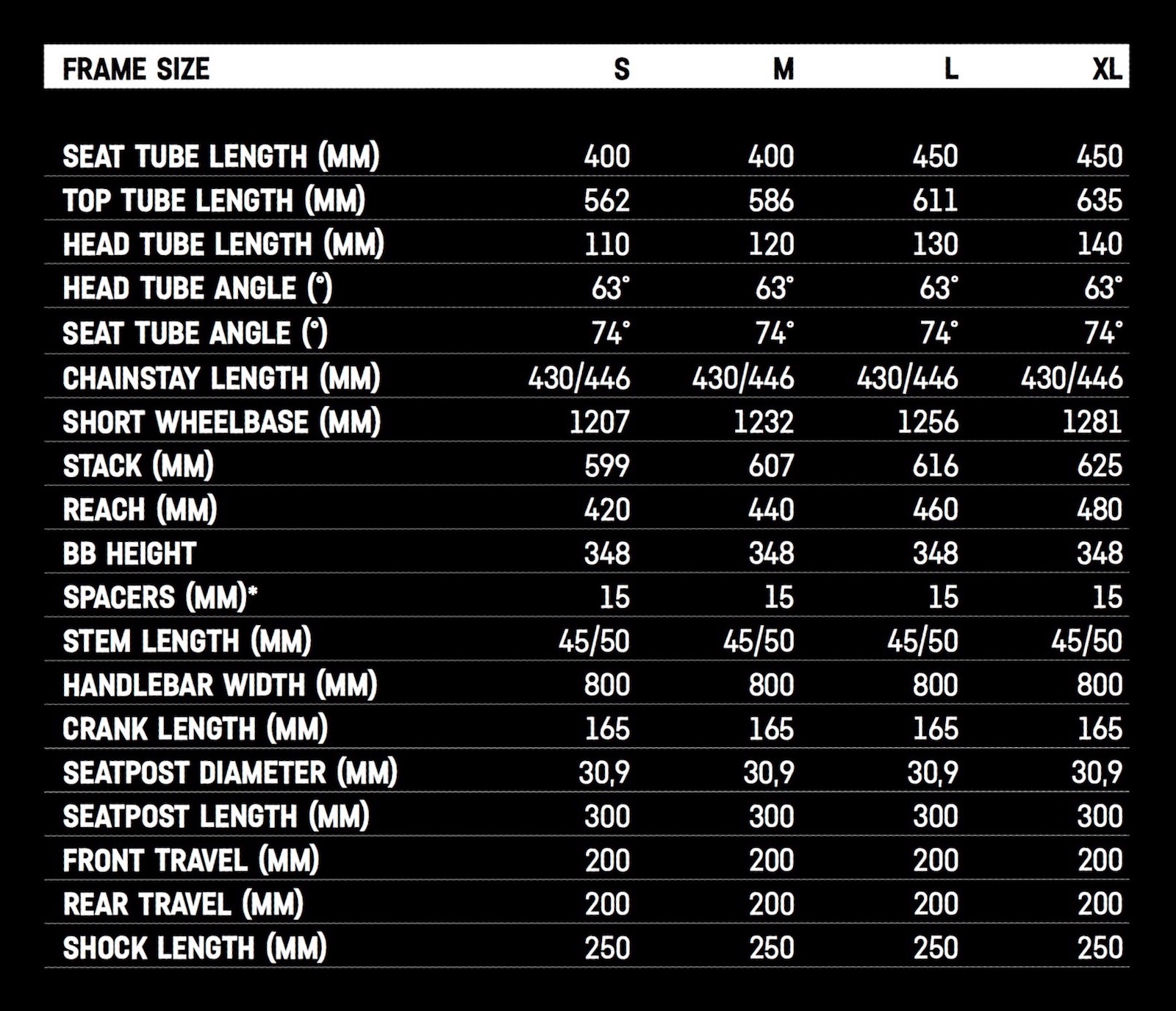 Amidst this swirl of presentations of new products from the German direct sales brand, there is one last bit of news. A new range of G5 components dedicated to gravity: carbon and aluminum handlebars as well as direct and traditional handlebar stems and grips. These products will be present on most of the 2018 builds on the Sender, Torque and Stitched and will be also available to purchase them individually on their site. 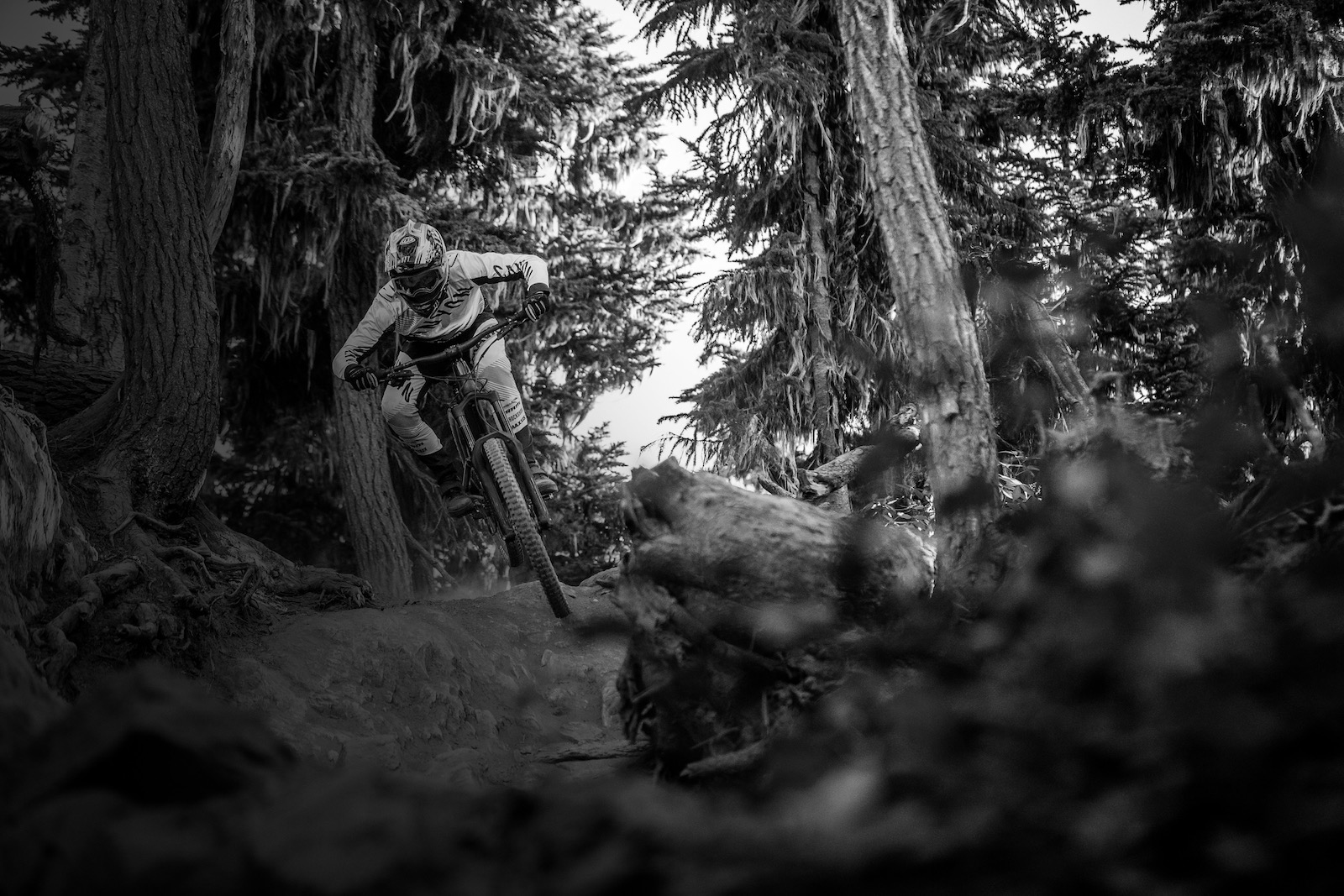 The G5 components are the result of cross-lab testing in the lab and Canyon Factory Racing rider field trials. From the data collected in stress lab tests provided by Canyon, the handlebars have exceeded the most famous products of their competition. The carbon handlebar also takes advantage of the controls with the CT scanner machines from Canyon, a machine very similar to the CT scan of the medical field with which the integrity of the carbon structure is examined and approved…It is the same procedure that Canyon uses for its frames. They are first and still among the few to use a similar machine in the cycling world. 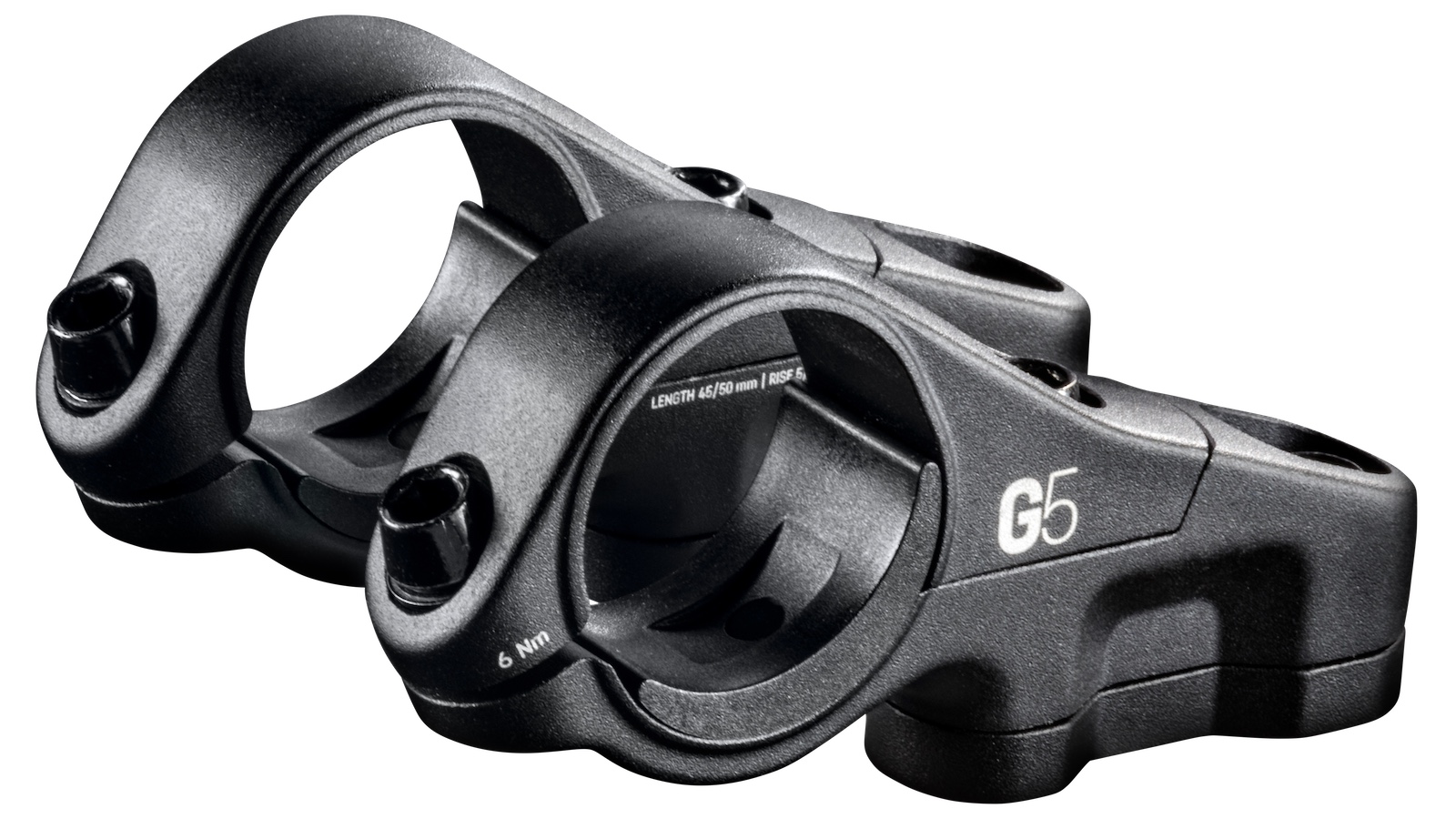 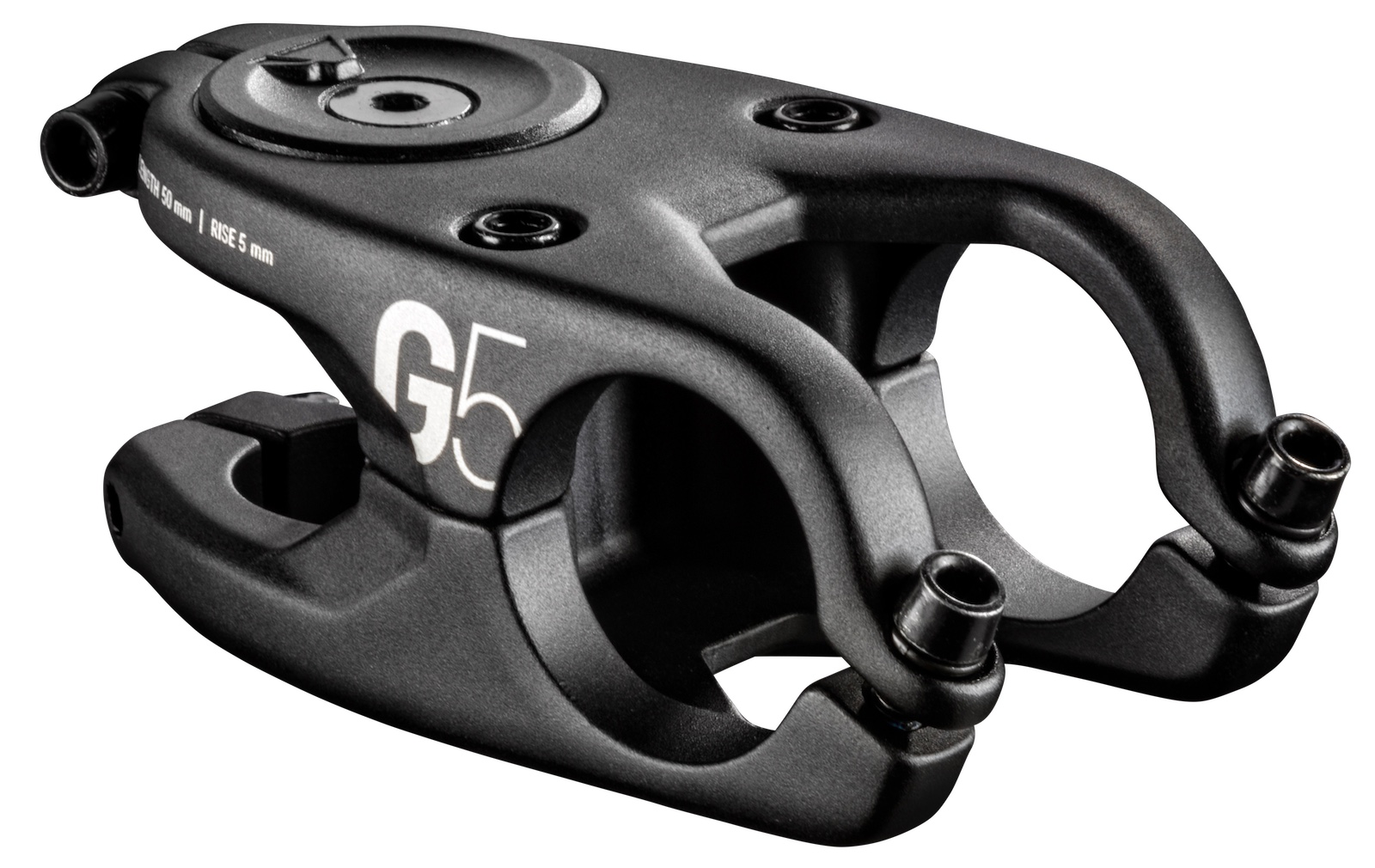