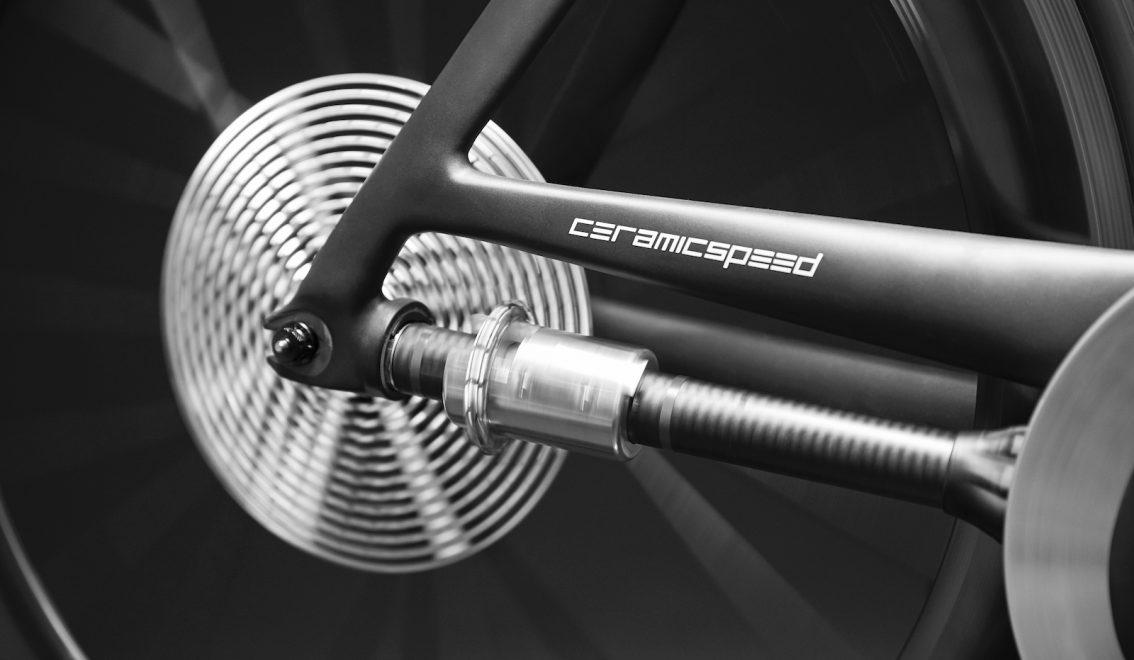 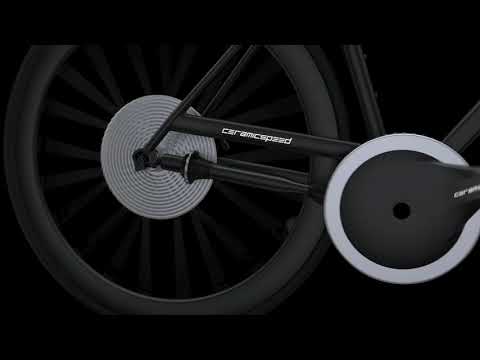 3 September, 2019 – Holstebro, Denmark: Just over one year ago CeramicSpeed unveiled their revolutionary bicycle drivetrain concept—Driven—a development project that originated from a desire to pursue a 99% efficient drivetrain.

Since the introduction of Driven at Eurobike in 2018, CeramicSpeed have been relentless in their pursuit to innovate and further develop the concept. 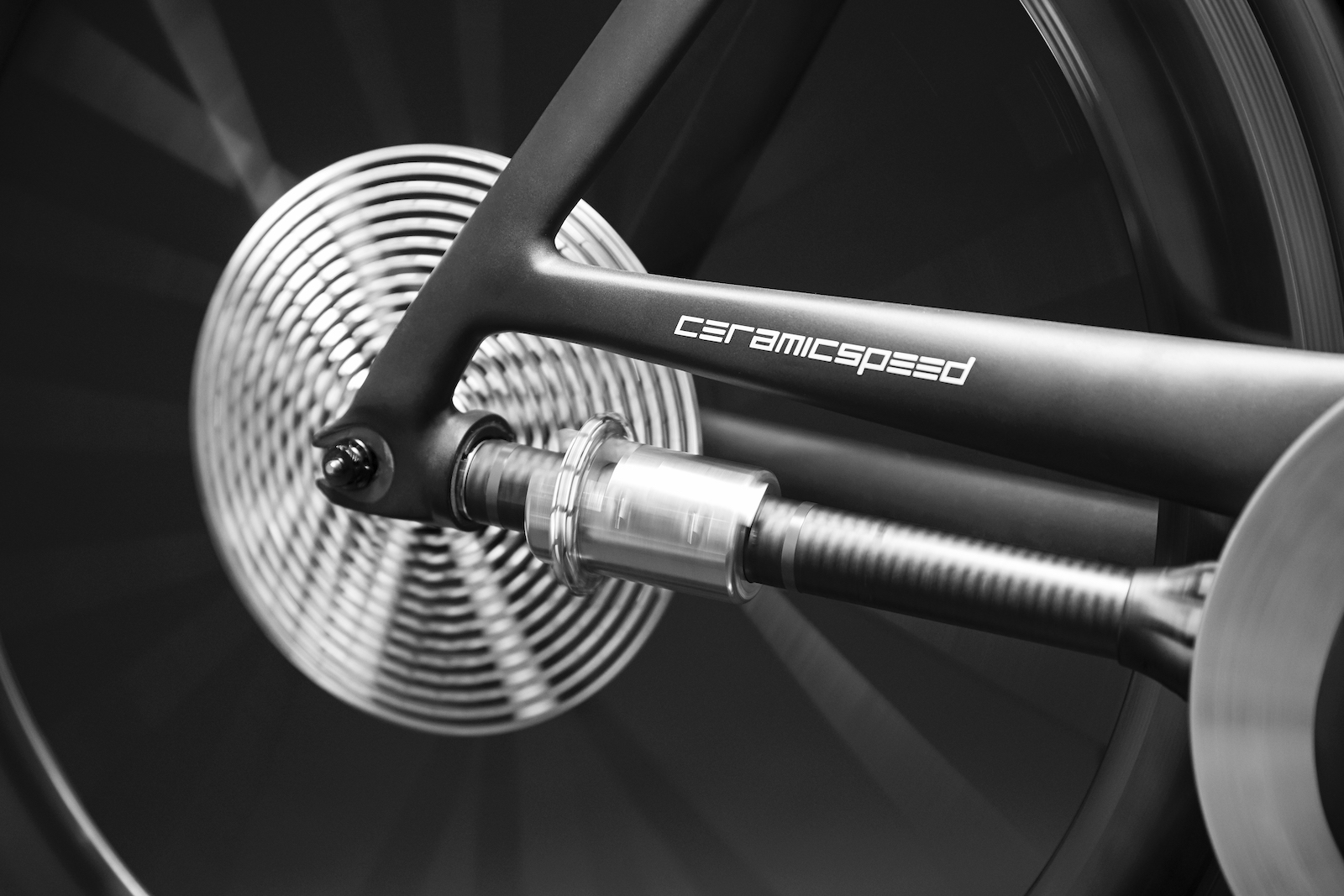 The road map has focused on two critical characteristics—rideability and shiftability. The original bike presented at Eurobike was not intended to carry load or shift gears. For 2019, rider load testing has been paramount and in the first velodrome testing, speeds of up to 45 km/h were recorded on a single-speed prototype. Parallel to the on-going rider load testing, the invention of a viable shifting mechanism has taken centre stage.

Widely considered a monumental task, CeramicSpeed have achieved a major engineering breakthrough in shiftabilty after only 14 months since unveiling the original concept. The drivetrain now comprises a fixed front pinion and a patent-pending, wirelessly controlled, electronic shiftable rear split-pinion. 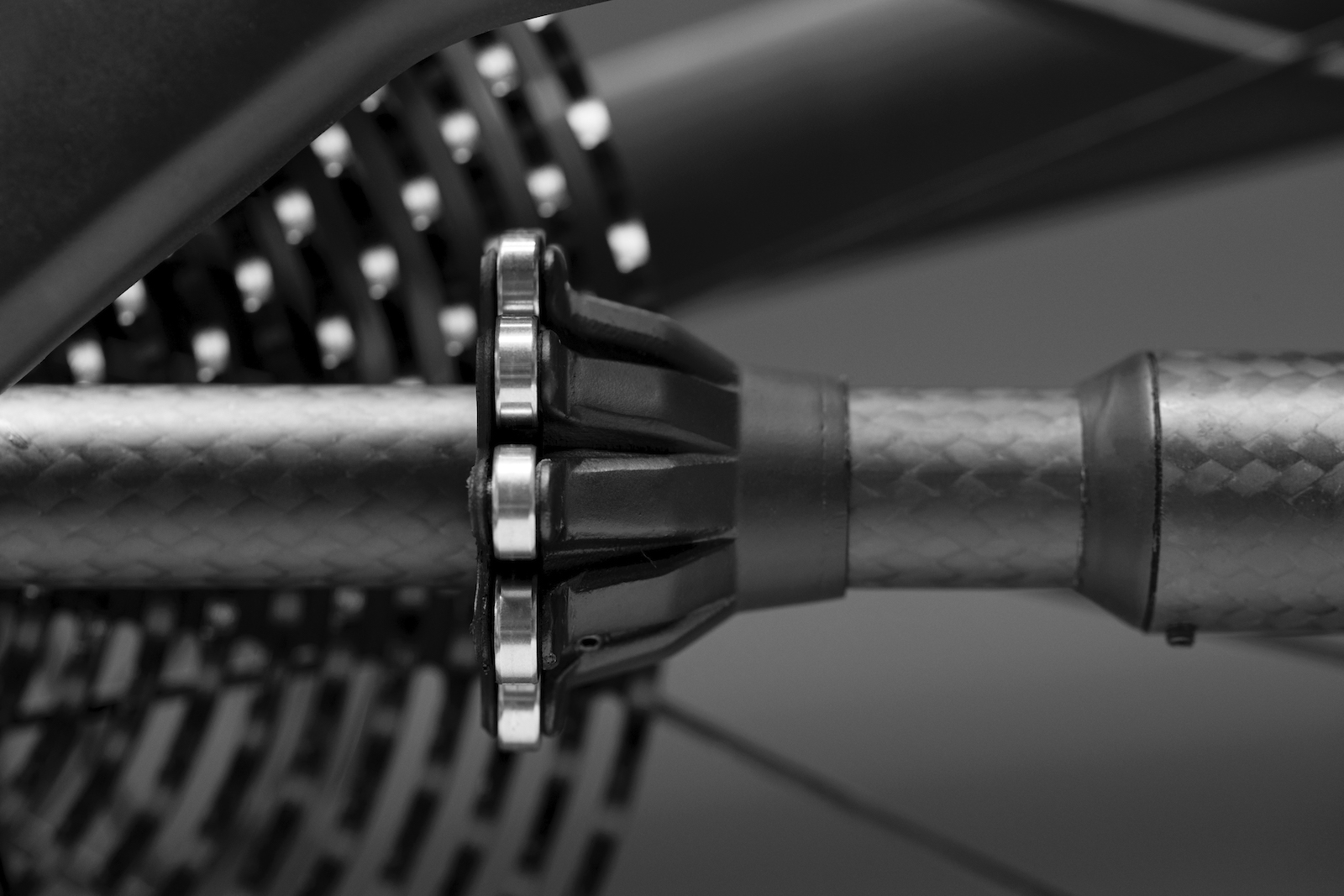 “The rear split-pinion is a novel method of changing gears, even under rider load. The pinion is split down the middle, in an axial manner, creating two halves.  Each half of the pinion can move independently to complete a shift. The pinion doesn’t have to ‘wait’ for a radially aligned shift channel to arrive. With the use of the self-aligning Torque Decoupler, the pinion can shift anywhere on the rear cog. A shift occurs very quickly, within one rotation of the driveshaft. With this rear split-pinion, shift speed has the potential to outperform a traditional electronic drivetrain.”

Driven is an award-winning invention that has received international acclaim for its level of innovation. CeramicSpeed confirms that much of the development has been managed in-house between the U.S and Danish-based R&D teams, with additional resources acquired from the University of Colorado.

Smith spoke with praise for the accomplishment achieved with a lean team of engineers:

“It’s been so impressive to see how far our small team of engineers has come in such as short space of time. When we were at Eurobike last year, we knew that rideability and shiftability were soon to become a priority. It seemed like the entire bike industry wanted Driven to shift and we had a theory on how we could do it, but by the time Eurobike came around, we had yet to commit to the challenge. However, within a short period of time, and thanks to support from the University of Colorado’s Mechanical Engineering Department, we nailed it. The Driven shifting challenge was solved.”

CeramicSpeed’s Executive Vice President, Martin Banke, says, “We have proven that Driven is viable as a replacement for the traditional chain and derailleur drivetrain. It has the potential to revolutionize the industry. In my opinion, the only thing that now prevents Driven from becoming available to the masses, is resource and development capital.  We are now actively pursuing development and manufacturing conversations with interested parties and welcome a partnership that would make Driven the drivetrain of the future.”

In answer to the drivetrain’s compatibility across multi terrains and showcasing the project’s potential, CeramicSpeed have also unveiled a Driven equipped, full suspension MTB, which can be seen at Eurobike this year, together with the Specialized Venge and Shiftable prototype.

Jason Smith will be on the CeramicSpeed stand B3-305 at Eurobike alongside the Specialized and Canyon to answer any questions on the Driven system. An informal presentation will also take place at 10am on Wednesday 4th September, open to members of the public.