Freeride, Aggressive Enduro, Park Bikes … Commençal didntt really think of a real definition for the new Supreme SX. It is aimed at making a bike with which you can have fun on the downhills, while still offering the ability to reach the top without being fully reliant on a lift or shuttle, for those who wanted it. 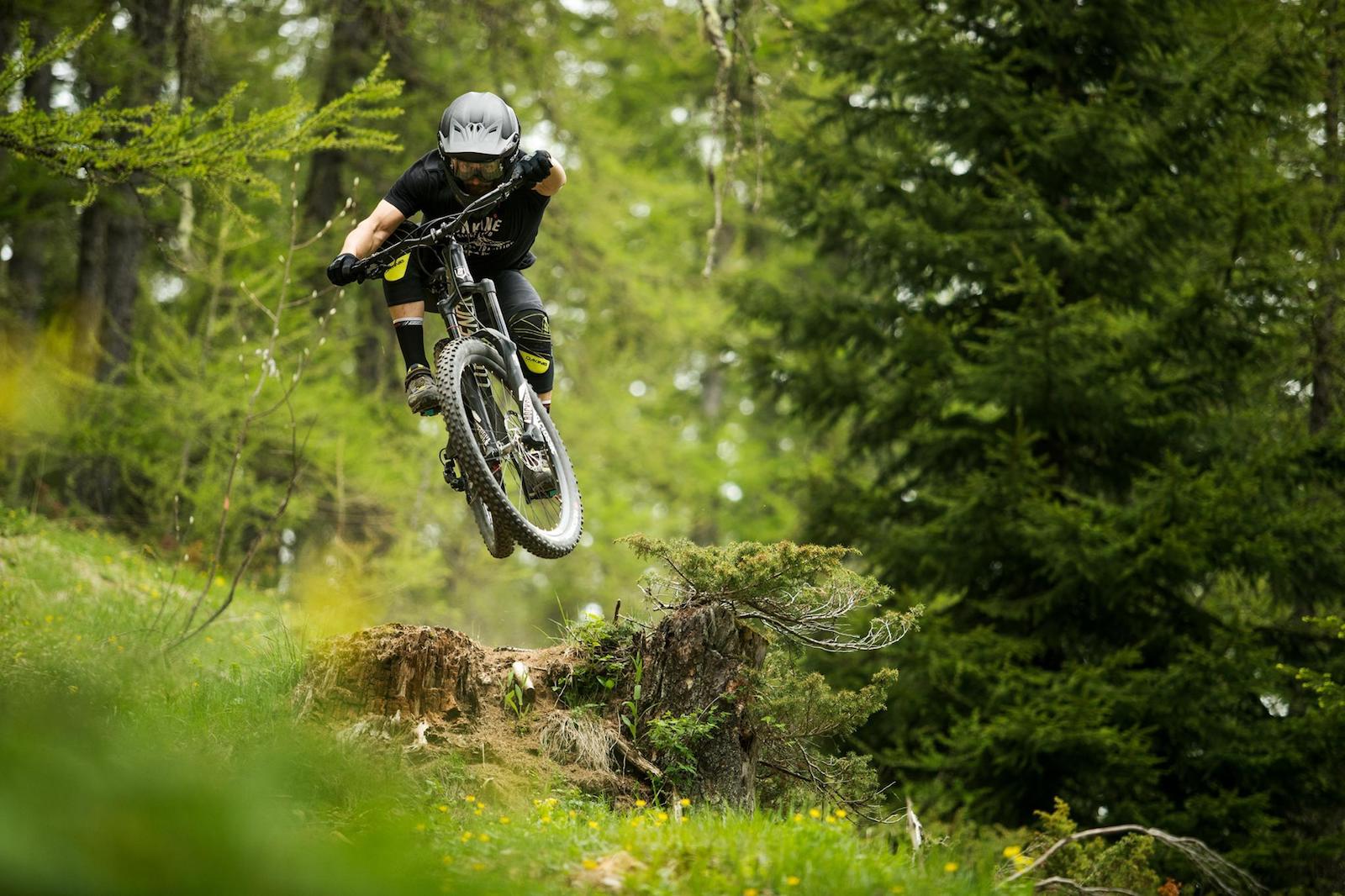 “In a world where performance and competItIon often take over, at Commencal we still believe in fun! We love climbing on our bikes but what we really want is to send it big on the way down. We’re not talking about race lines here, we’re talking about big lines, the ones that require balls as we like to say! For those who want to ride harder and also for those who think that having fun is more important than a fast time, The Supreme SX is for you, it is for us!” 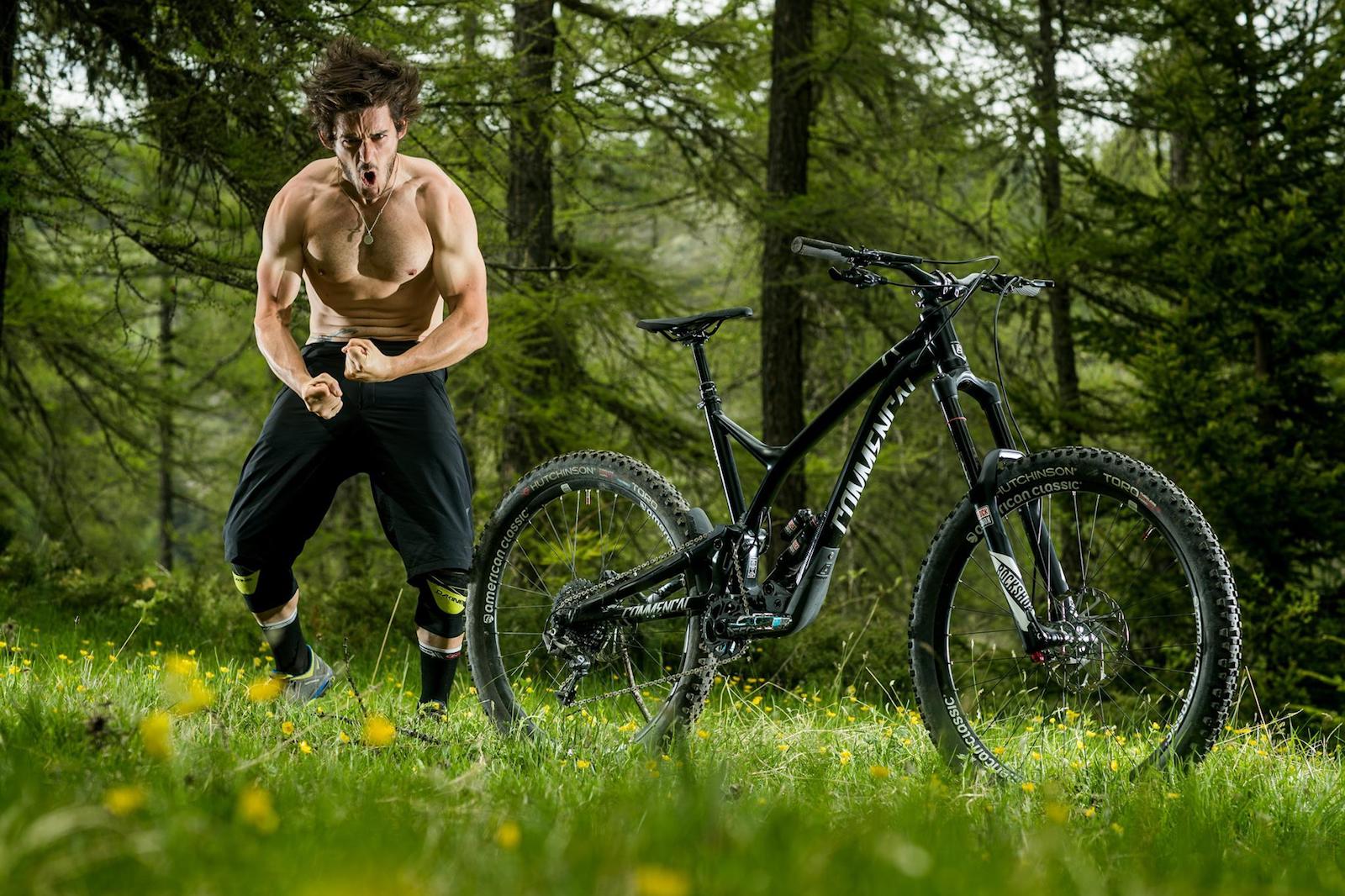 The new Supreme SX is based on the high pivot, chain drive system adopted on the Supreme DH V4.2, called HPP System (High Pivot Point). In fact this system was initially applied by Commençal first first on a 160mm prototype mule, so the SX returns to be adopted for a bike with a similar destination, with 180mm rear travel and single-crown fork with a recommended travel of 170 / 180mm. The main advantages of the HPP system are an optimized wheel path, with the slightly rearward start and afterward it becomes more vertical than Commencal’s last system, as seen below on the previous Supreme model. This translates into a carrying more speed over obstacles, both small and big. The chain runs in line with the main pivot via an idler, thus virtually eliminating kickback and anti-squat for better pedaling.

The Supreme SX has metric shock sizing and 148mm Boost spacing for the rear hub. It has custom frame protection, both on the top of the seatstay near which the chain runs, and under the downtube. The rear brake is post mount 180mm. 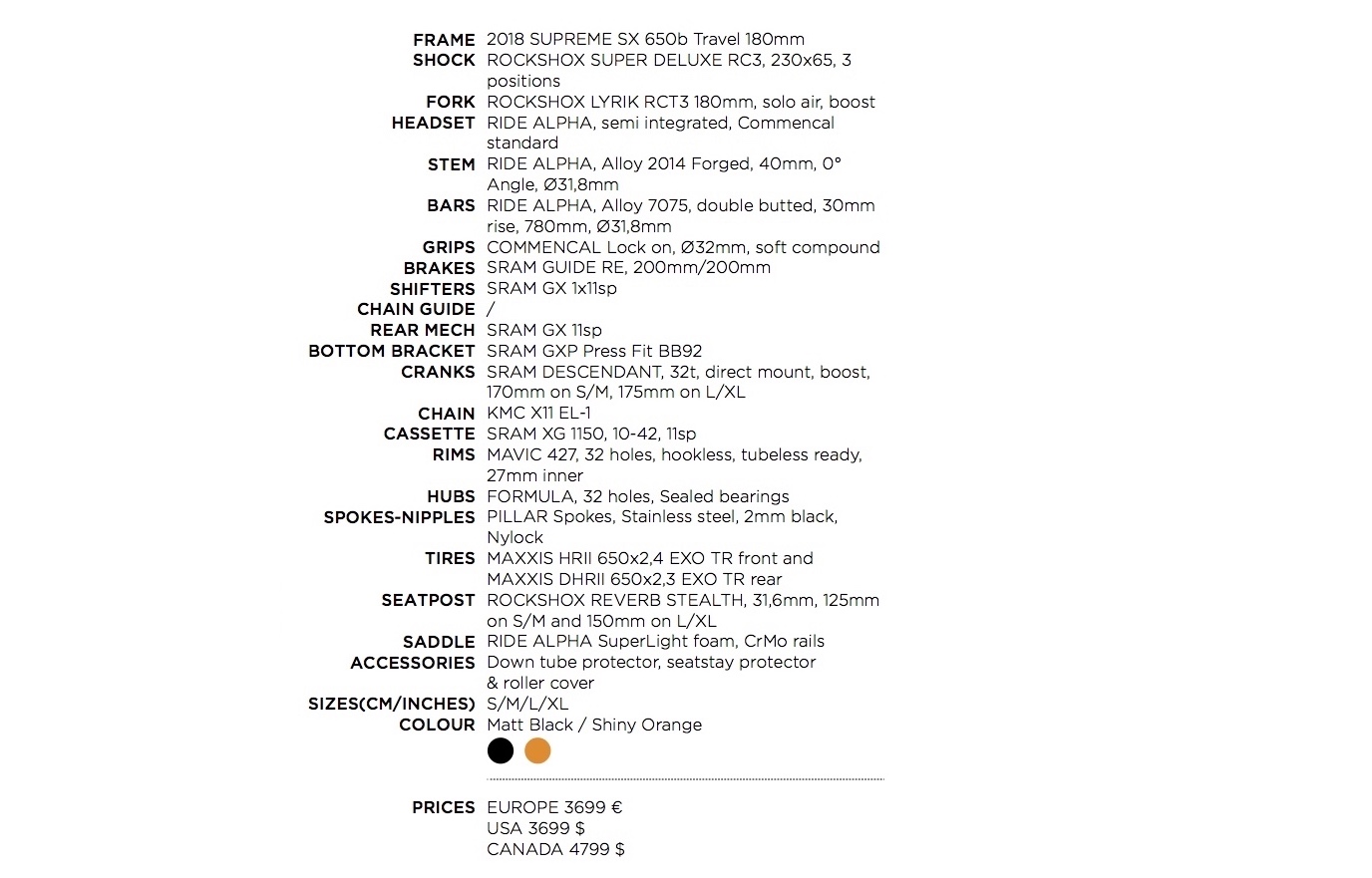 The Supreme SX is also available as a frame only option.