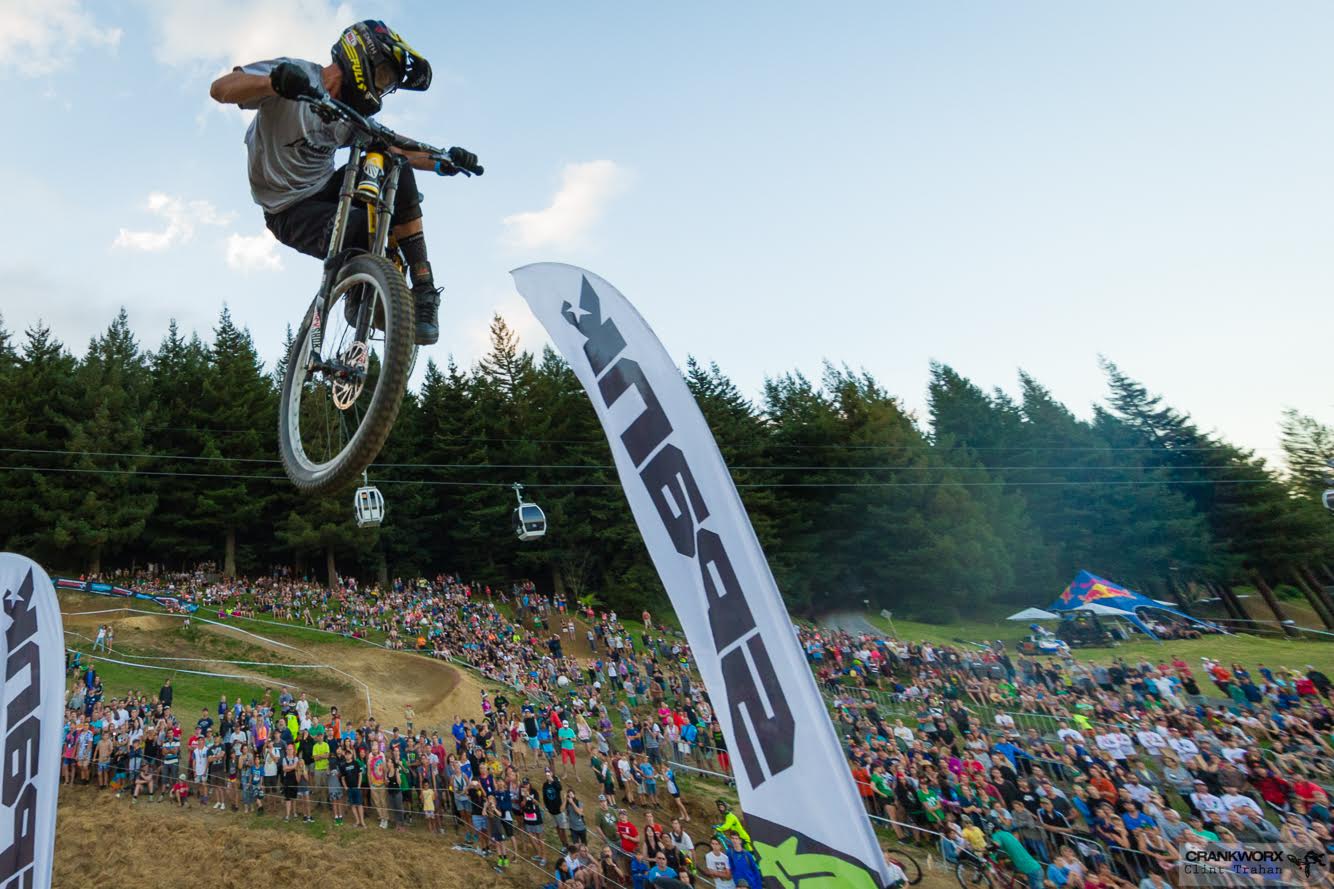 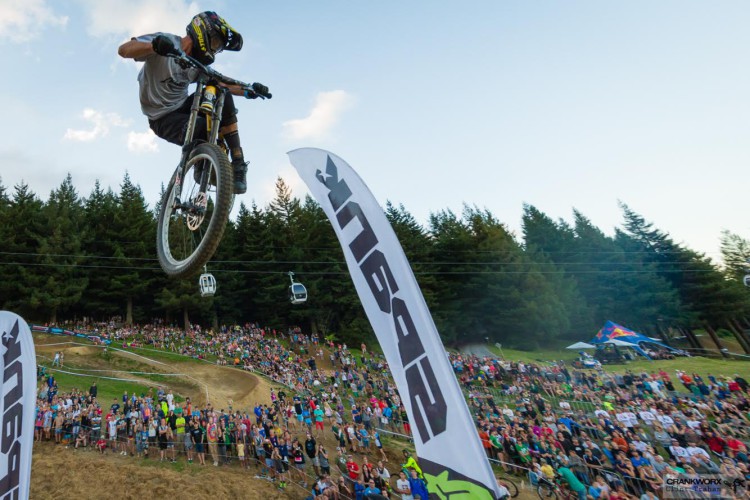 March 9, 2016, Rotorua, New Zealand — Fast trails and a good-time vibe left athletes smiling as they pulled in from a pedal-heavy GIANT Toa Enduro at Crankworx Rotorua, and the whip cranked the crowd into a frenzy to cap the night.

Coming into the enduro, GIANT rider Josh CARLSON (AUS) was running strong, however, New Zealand’s Matt Walker proved the unexpected victor late, sealing the deal on the final stage, after placing eighth the year before and following fellow Kiwi, Carl Jones, in the cumulative standings for much of the race.

“I was hoping for maybe a top 10 or top five, but to win is a bit of a surprise. I’ve been putting in quite a bit of hard work in the off season now and I guess it’s paying off, so I’m really happy,” said Walker. “It’s been a hard day, quite long tracks and it hasn’t suited my preparation, I guess, but I’m stoked on how today has gone. I’ve been having a lot of fun—it’s good times all round.”

Sharing the limelight, 2015 Queen of Crankworx Anneke BEERTEN (NED), proved her mettle, charging in to win with royal confidence.

Beerten admitted she is thrilled to have the monkey off her back, so to speak, with a win worthy of her 2015 success right out of the gate. She even dubbed the rough, off-camber trail of K2 easy, saying it was relaxing as it was short, making it less physically taxing for her, though its twists and turns bucked seasoned Kiwis Carl Jones and Brooke MacDonald right off. Overall, the day left her challenged, but happy and she definitely took a shine to finish at Skyline Gravity Park.

“Really physical, long, not a lot of flow at the bottom, so you had to work pretty hard,” she said coming into the finish line. “I thought it was pretty cool… We had enough time between transfers. It was nice, with the whole group of girls we had riding together, the vibe was amazing.”

Now an Enduro World Series qualifier, the race attracted a tenacious crowd of New Zealand riders who filled the ranks of the top five nicely with Eddie MASTERS, second, Sam BLENKINSOP, third, and Carl JONES, fifth in the men’s field. Beerten was the sole international rider in the women’s top five.

The Oceania Whip-Off Championships presented by Spank finished out the night on a high note – actually a very similar high to the year before. Ryan “R-Dog” HOWARD (USA) and Casey BROWN (CAN) repeated their wins, despite a monster new whip hit, which could have thrown a wrench in their programs.

Howard said he figured the number of runs he logged and his double-trouble approach, whipping left and right, likely dialed it in, Brown might have had to step up her game to compete with one of the deepest female fields the event has ever seen were it not for her phenomenal skills.

“A lot more women came out this year and we were sending it on this jump. That’s an intimidating jump for anyone. It makes me so excited to see that,” she said.

The original creator of the event, judge Sven Martin, noted the purpose-built jump really pushed the riders and lead to some pretty amazing sideways actions with a big step-up, built for more risk, higher pop, and a sweet berm at the end to skid and spray the spectators.

“Every year it gets crazier and this was maybe the craziest year,” he said, noting R-Dog was considerably more sideways than one usually sees.