The 2022 UCI DH World Cup season is proving to be the most unpredictable in recent years with never wild results and races playing out until the last run. The fourth round in Lenzerheide was no exception and, between twists, crashes and errors that slowed down possible winners as well as some punctures, the race always remained alive. The dry and dusty terrain on such a fast yet technical track added spectacularly to a truly thrilling race.

Amaury Pierron had to give his best to maintain his leadership in the overall standings in a season that sees him dominating with a clear gap. He proved once again that he is the man to beat by putting together a perfect race with speed, progression and a raw precision. 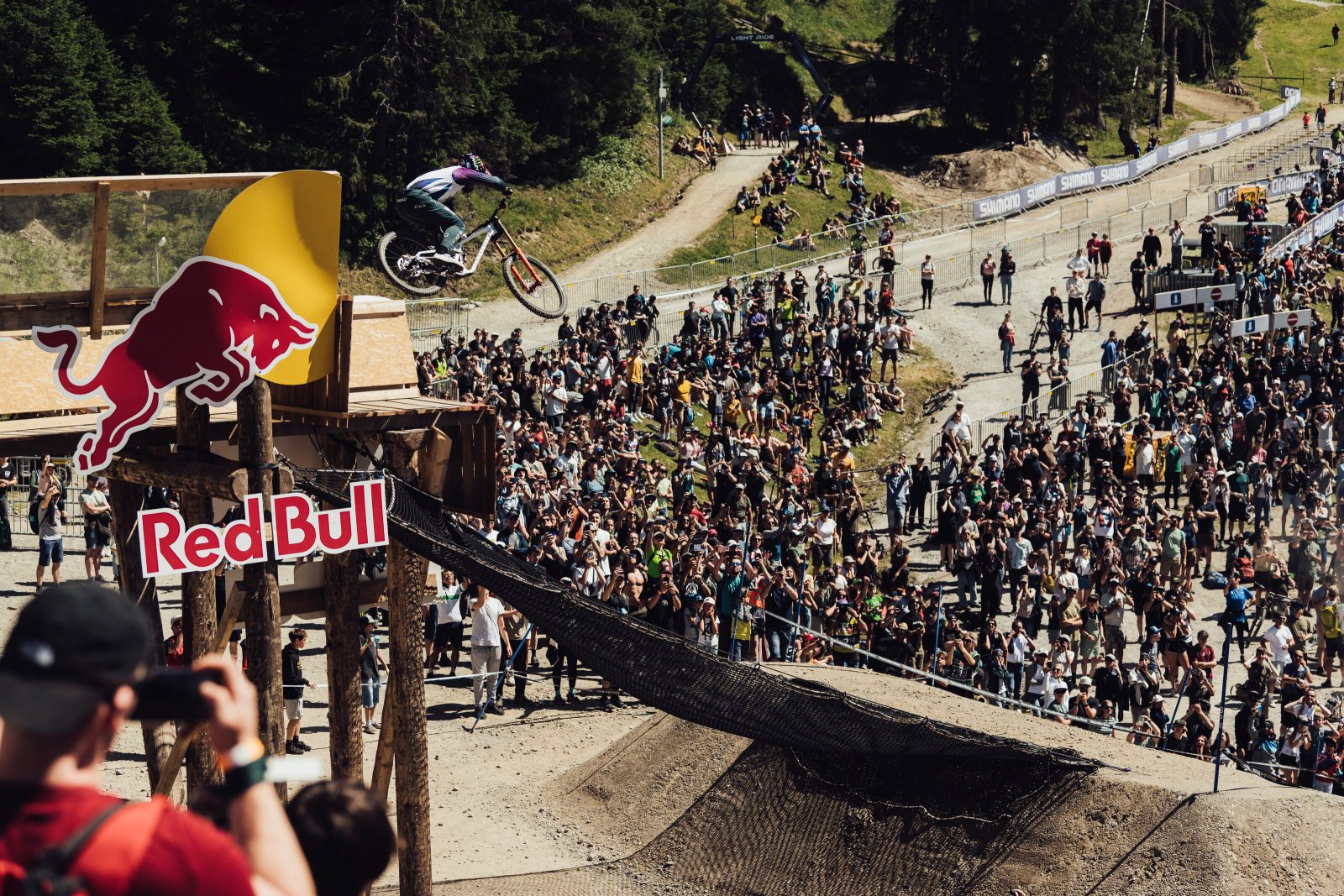 But the most exciting descent was that of Finn Iles who landed a well deserved second place by edging closer to his first world cup victory in the elite category. He rode with aggression, spectacular technique and calculation that was jaw-dropping from start to finish, with some truly epic lines. The Canadian raced on a Demo prototype with part of the suspension system hidden by a sheet, a sign that Specialized will soon unveil a new bike in the gravity field. 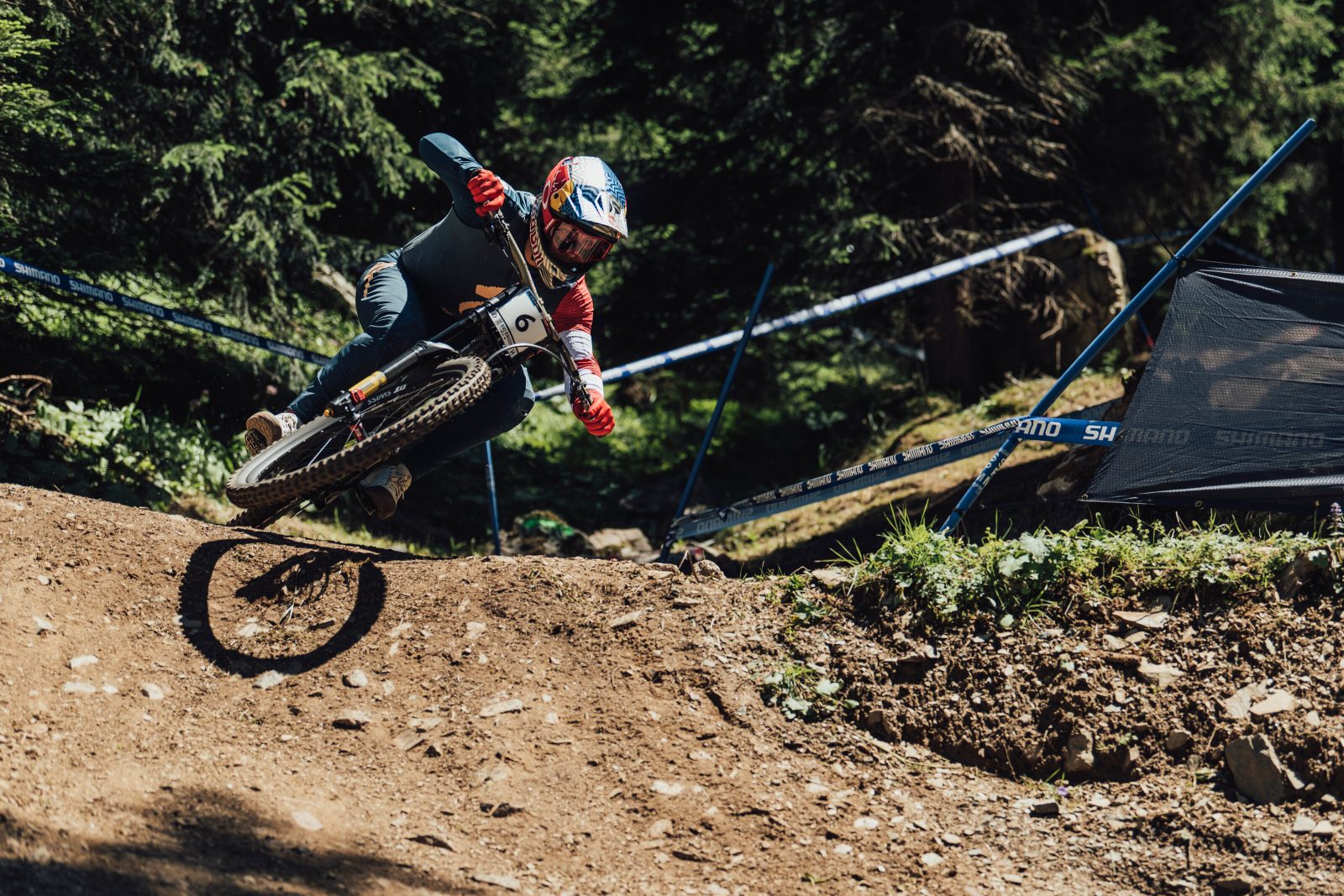 The reigning world champion Greg Minnaar has no intention of leaving room for young people, who at the age of 40 confirms himself once again as the “GOAT”, finishing in third position on the track designed at the time by his old friend Steve Peat. 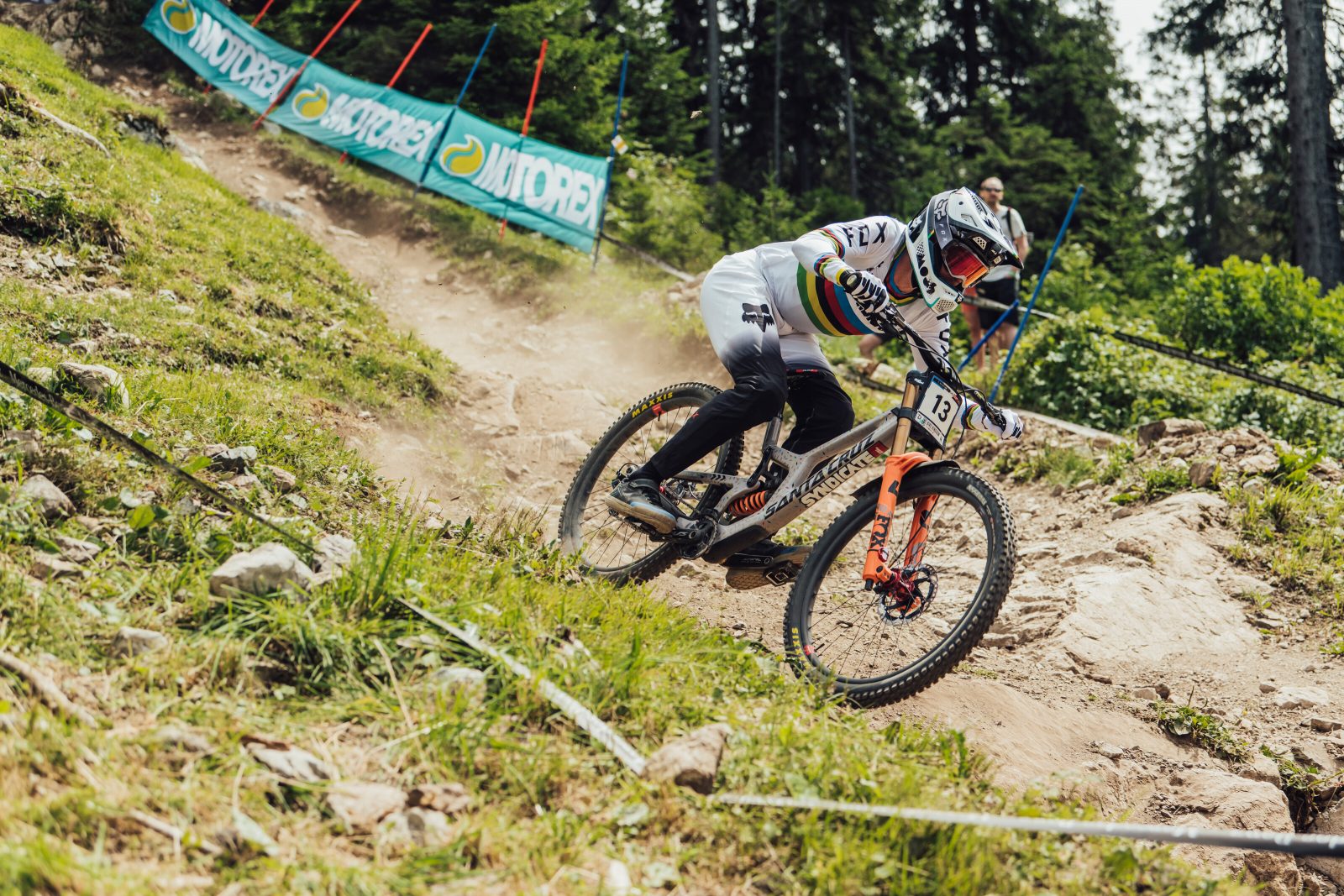 An excellent race for the newly crowned European champion Andreas Kolb who finished fourth after scoring the best split times in the first half of the track. A couple of mistakes denied him a better result but fourth place is undoubtedly gratifying and a sign of growth that is guaranteeing him an excellent season. Fifth place for Benoit Coulanges who, with his smooth and fluid style, is now always in the leading positions. 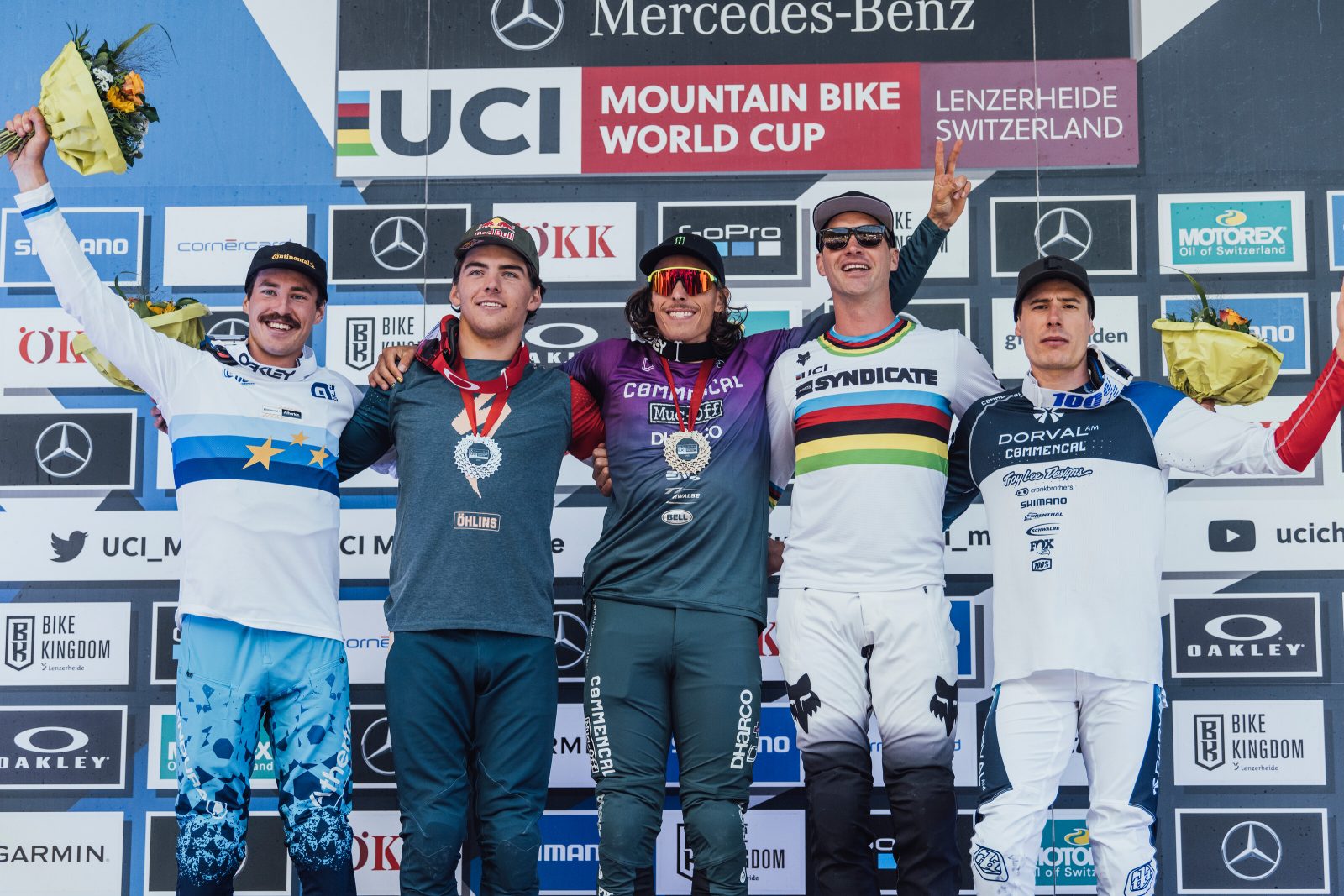 Bad day for Dakotah Norton who threw away the race with a trivial crash while he was first in the third split time. The crash relegated him to the bottom of the standings. 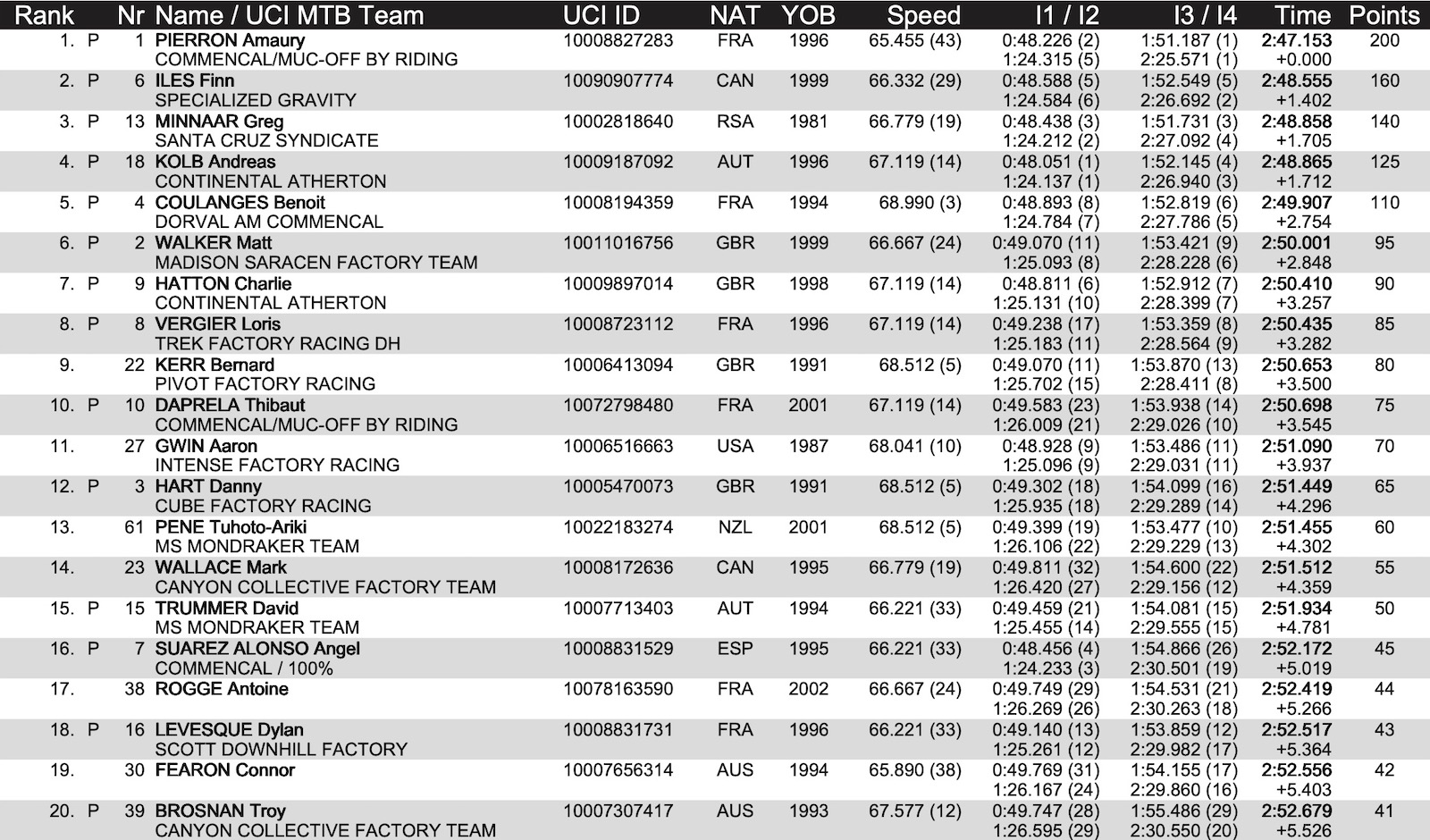 It was an exciting race also in the women’s field with an incredible performance by Myriam Nicole who attacked the Lenzerheide track with her super precise riding, clearly showing the determination to bring home the result to regain ground in the overall where at the moment she is still in second place. 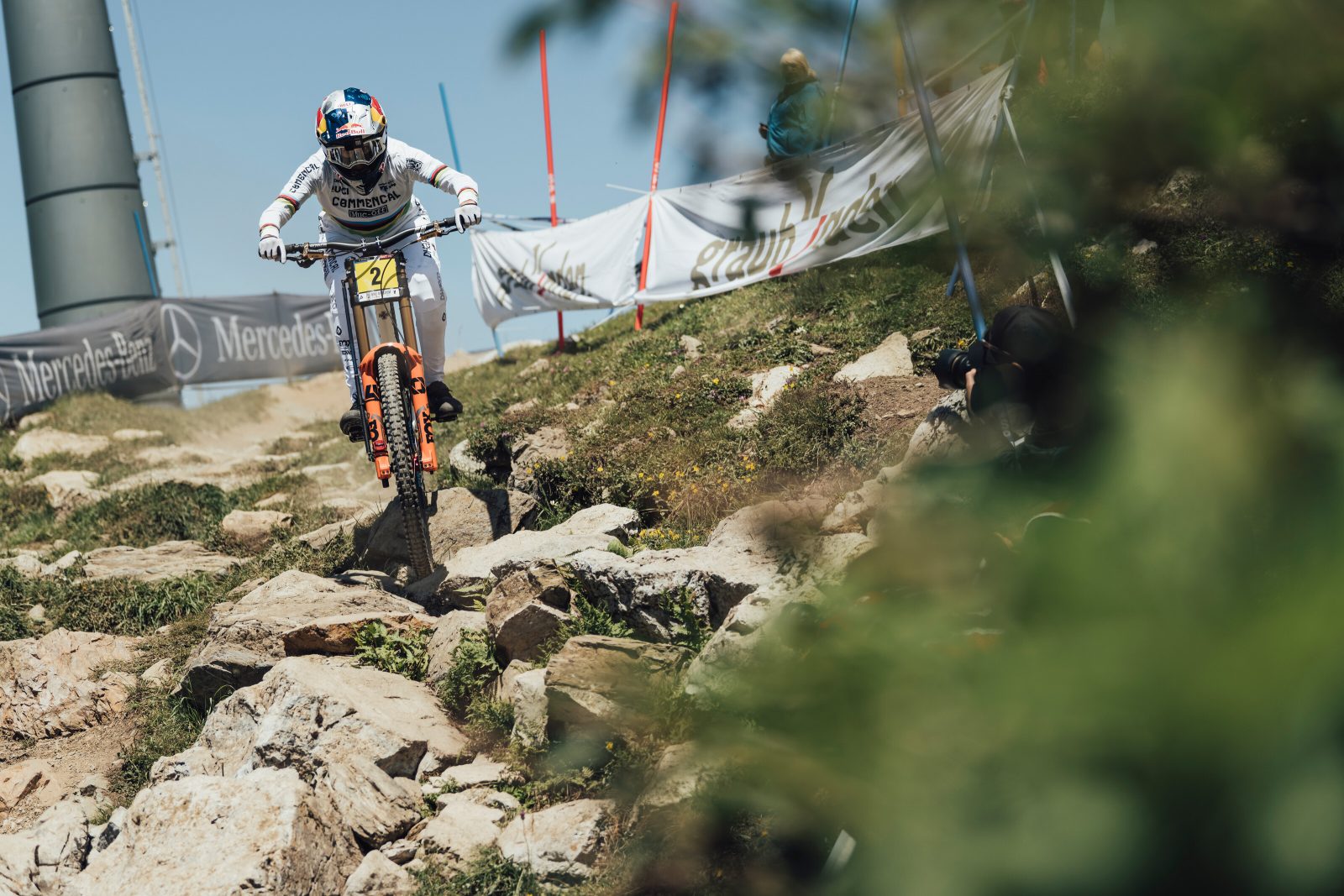 The leadership still belongs to Camille Balanche who, however, has to settle for second place today. A result that she however can be satisfied with considering the numerous errors and inaccuracies in her run, definitely not at the level of what she has shown in previous races. 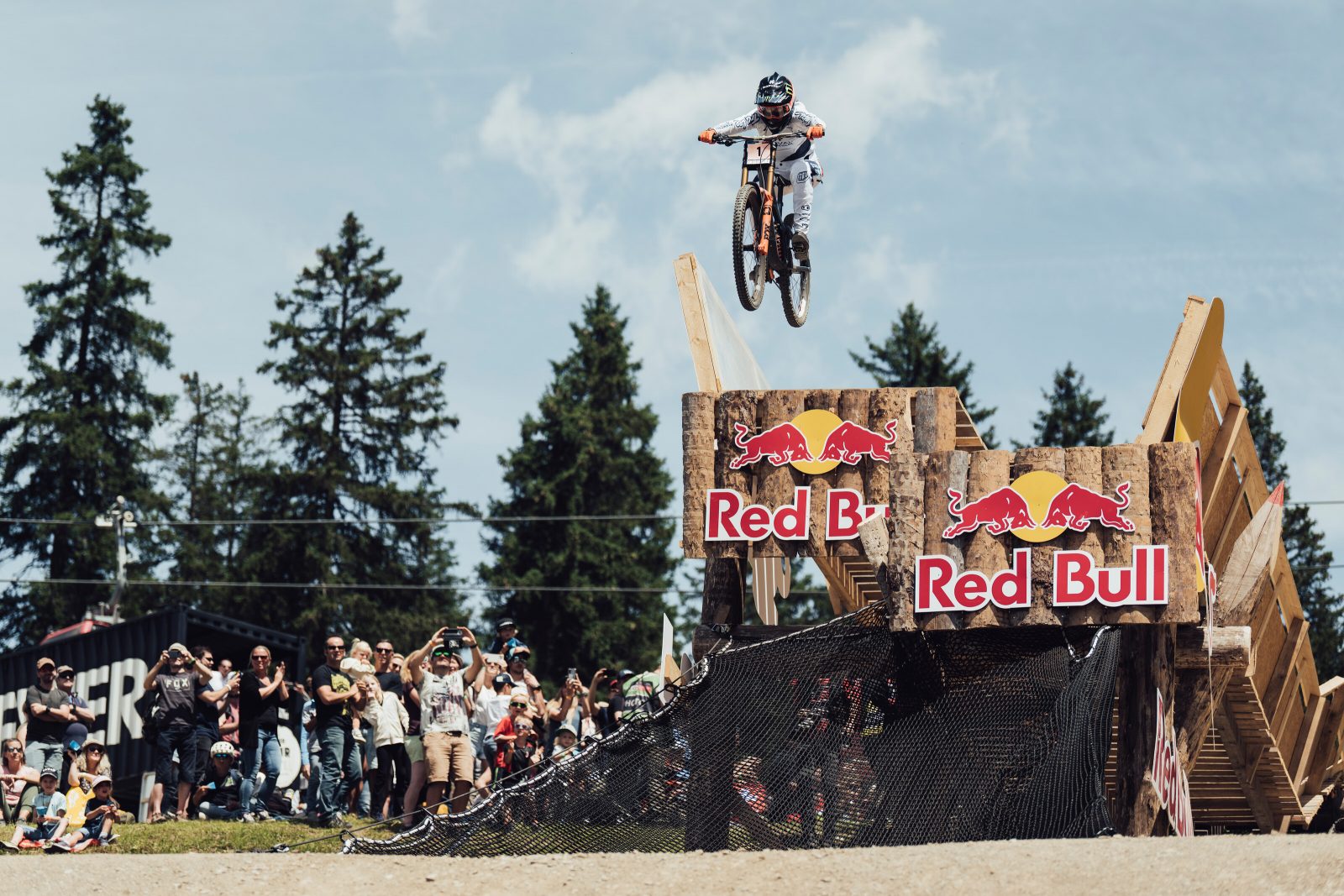 Eleonora Farina landed in the third place and gets closer and closer to the possibility of winning her first world cup race. Eleonora rode with an aggressive disposition and an excellent progression that led her to be really fast in the final part of the track. 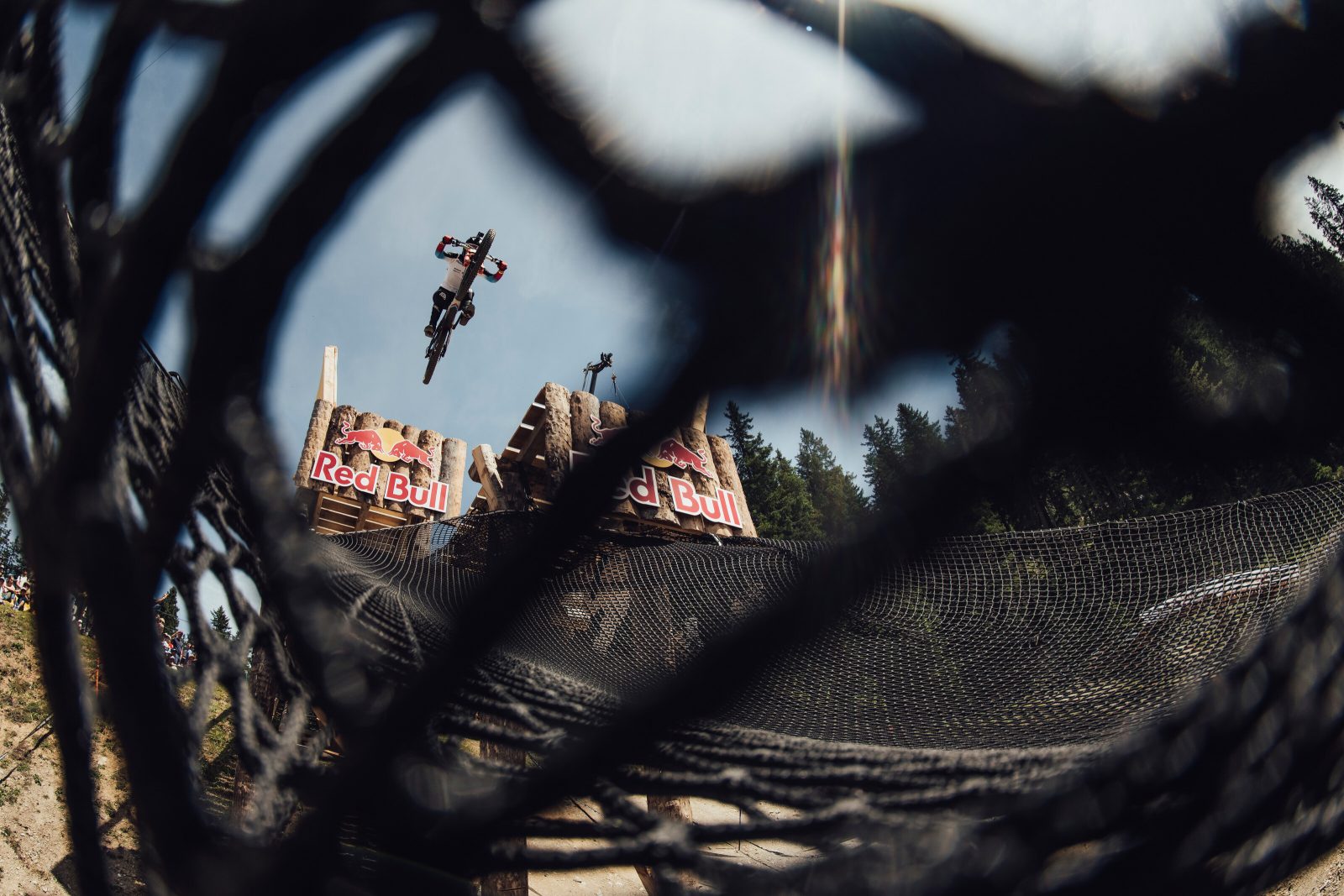 The new European champion Monika Hrastnik ended up in fourth position followed by Valentina Höll who, despite having finally scored a run without errors to affect her performance did not manage to do better than fifth place. 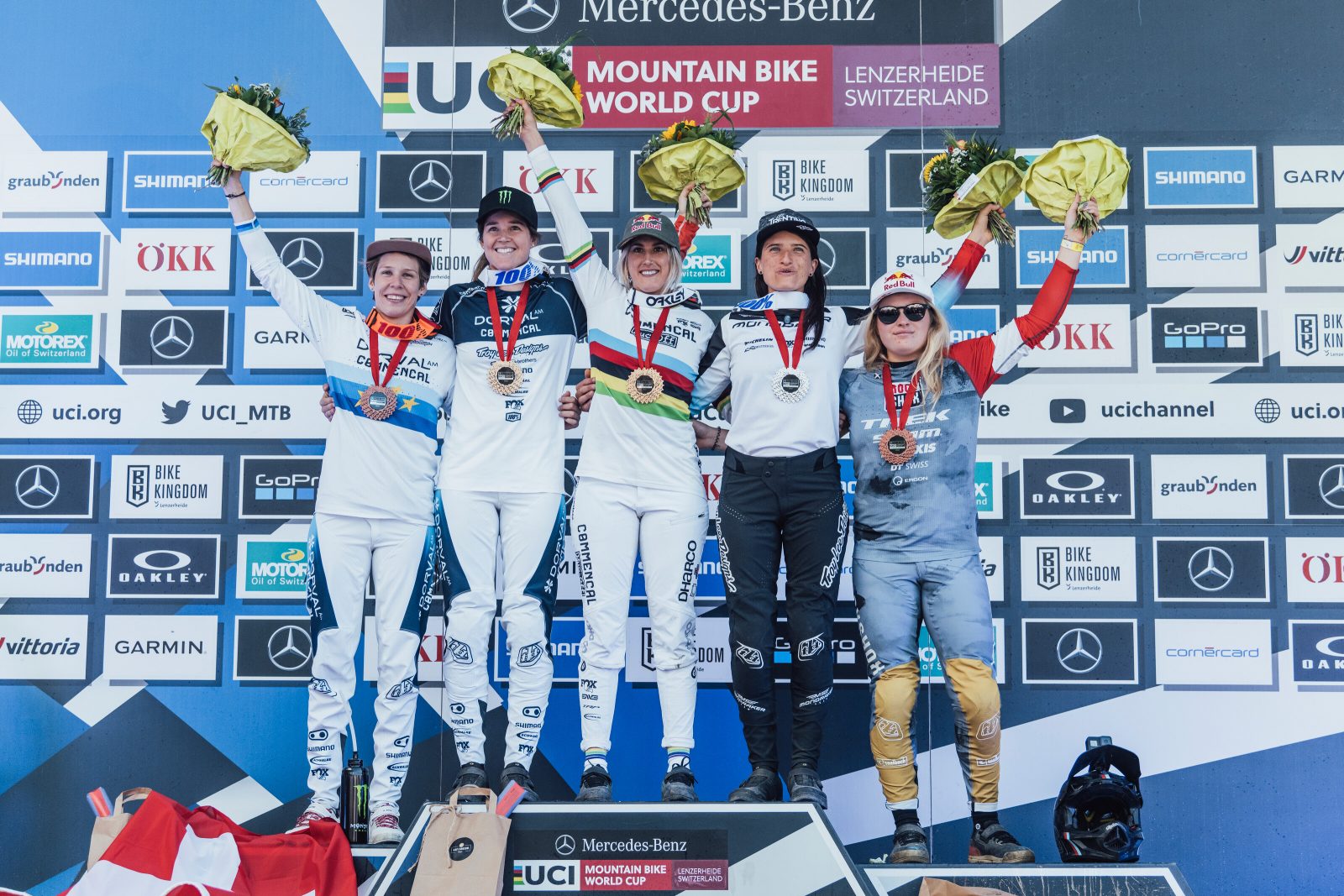 The Lenzerheide race also saw the return of Rachel Atherton, 34-year-old mother who was still competitive and definitely at ease in between the tape. The multiple time world champion celebrated her return to the world stage with a sixth place finish. Veronika Widmann also did well, brushing a clean run and finishing in seventh position.

Jackson Goldstone confirms his circuit leadership in the junior category by also winning in Lenzerheide, ahead of Lachlan Stevens-McNab. Third position for Jordan Williams. Excellent performance by Davide Cappello who conquered the fourth position. In the women’s field, the victory goes again to Gracey Hemstreet, ahead of Phoebe Gale, now second for a very hard-fought season, on the edge of the handful of points, for the lead of the overall.

The UCI DH World Cup will be back on track in a few days in Vallnord, Principality of Andorra, for the fifth round of the 2022 season which will take place next week.