It never fails to be a big show in Val di Sole with the most demanding track of the whole circuit which doesn’t give the athletes a moment’s rest. A show made even more exciting by the challenges for the overall victory in each category, some left uncertain until the last moment of this final round of the UCI DH World Cup 2022.

Loris Vergier excelled with an epic run, dancing between rocks and roots with his trademark elegance. An impeccable descent that earned him a margin of 3 seconds over his pursuers. With today’s points he climbs to second position in the overall. 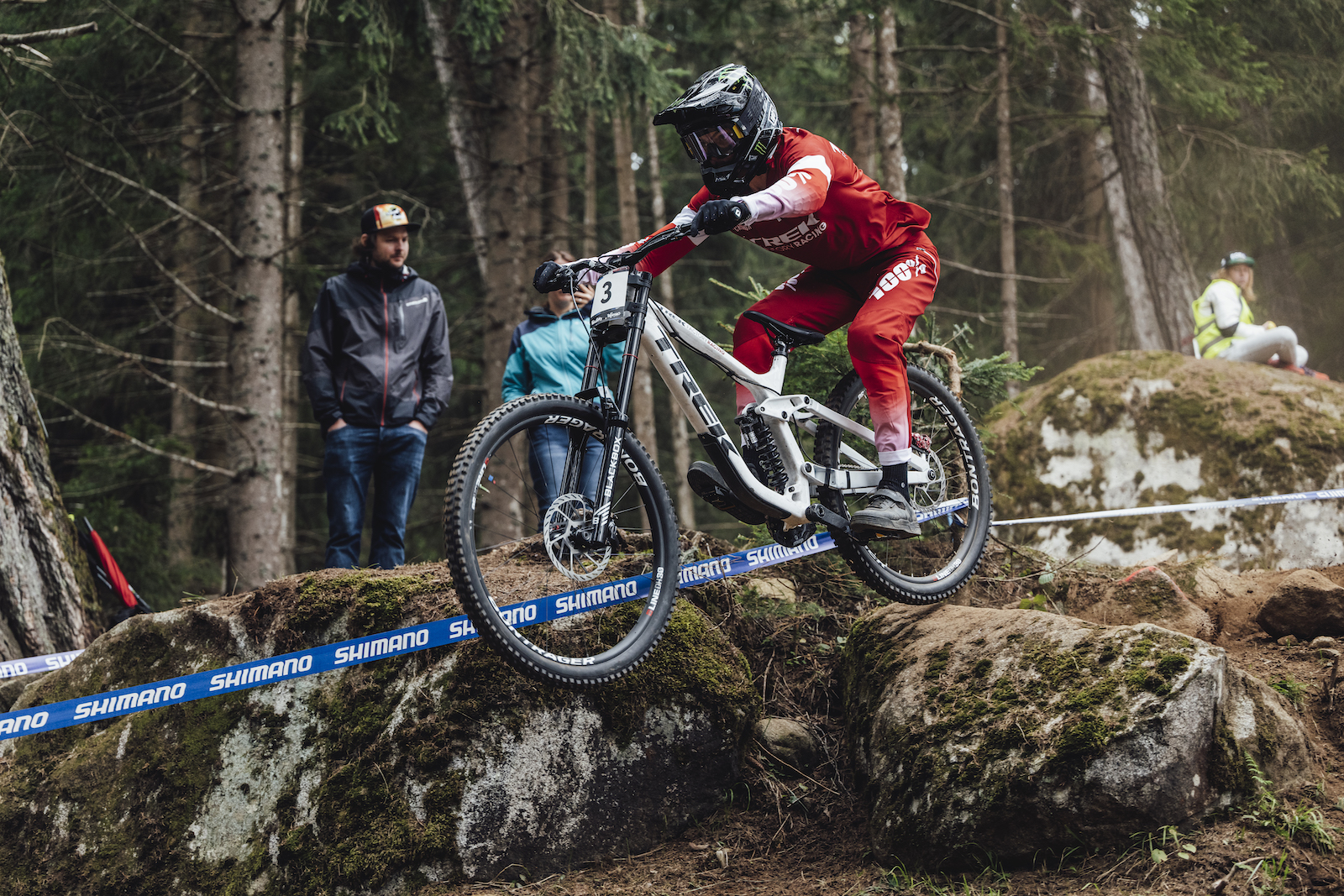 Second position for Andreas Kolb, who won yesterday’s qualifying rounds and now finds himself consistently in the top positions. He attacked the course with a desire to win and the confidence of having a good run yesterday. Kolb is fourth in the overall standings. 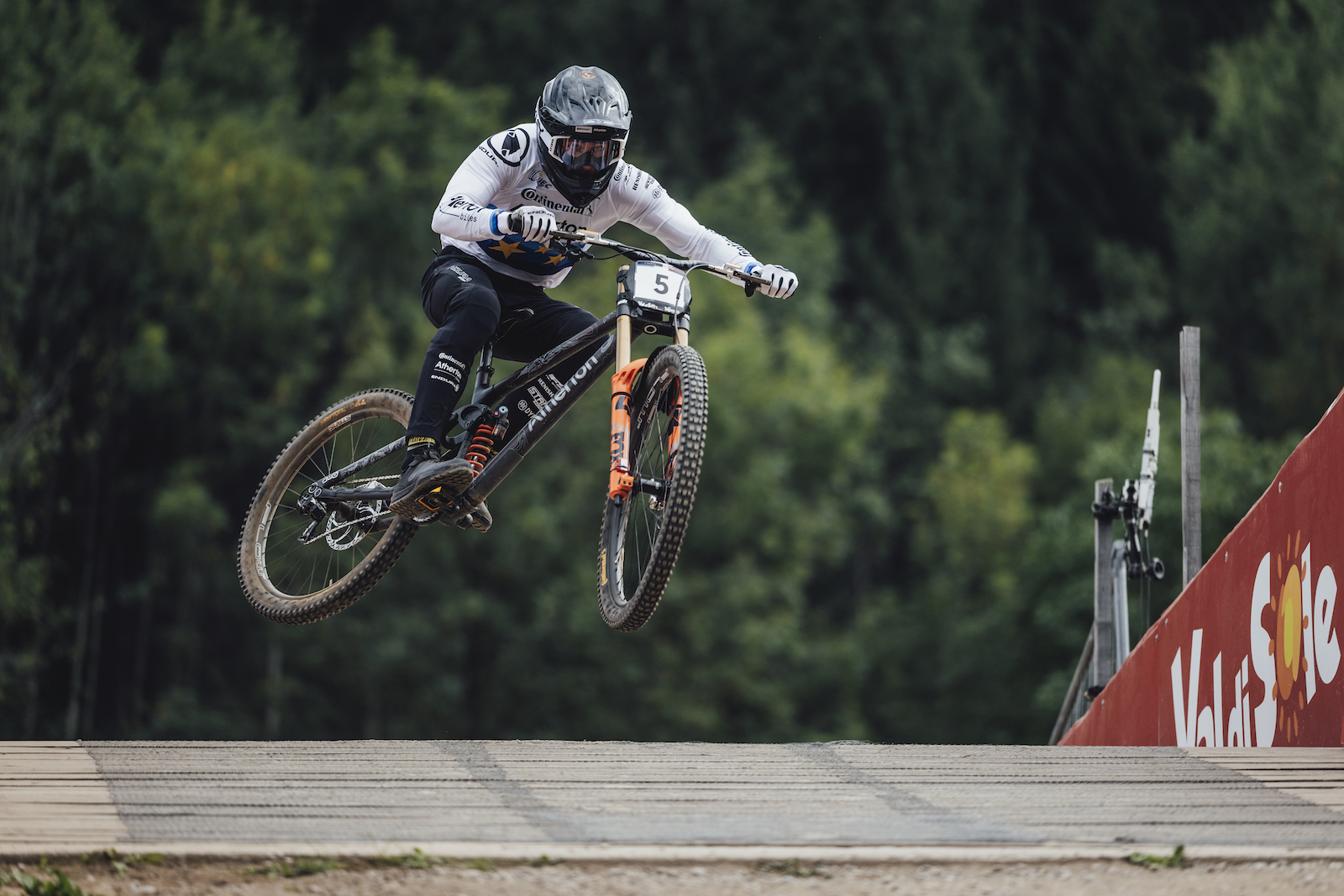 Dakotah Norton climbs to the third step of the podium with what we can probably define as the cleanest and most effective run of his career, which on a track like the Black Snake takes on further importance.

Fourth position for Aaron Gwin who laid down some impressive lines as in his best times, with a precision that allowed him to place himself on the podium again. Bernard Kerr was fifth, with a breathtaking run, super dynamic and aggressive. 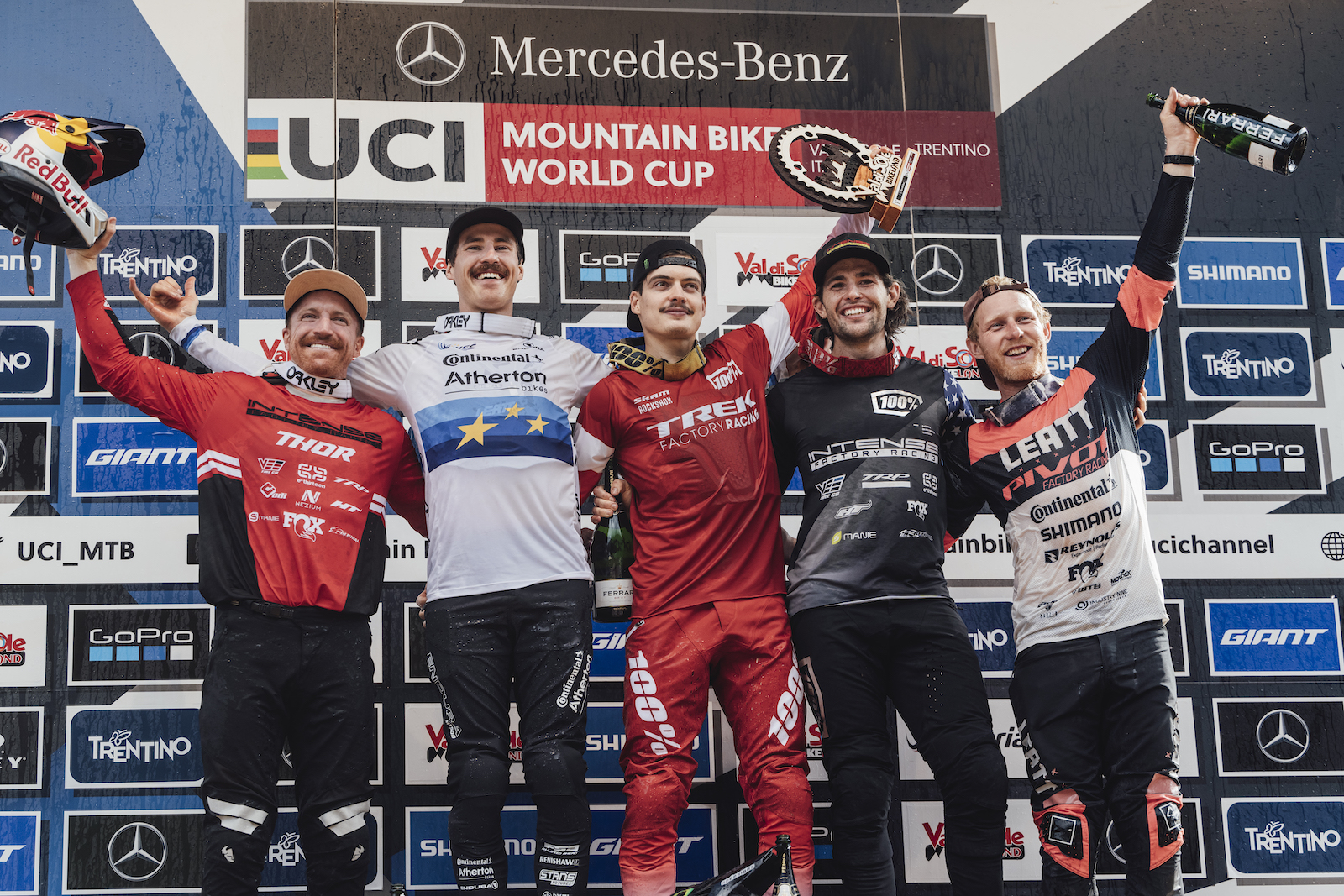 A crash spoiled Amaury Pierron’s descent, however, he did not need any further points to win the overall as Finn Iles was the only one able to overtake him and did not participate in the race. Pierron then took the victory of the 2022 UCI DH World Cup season. 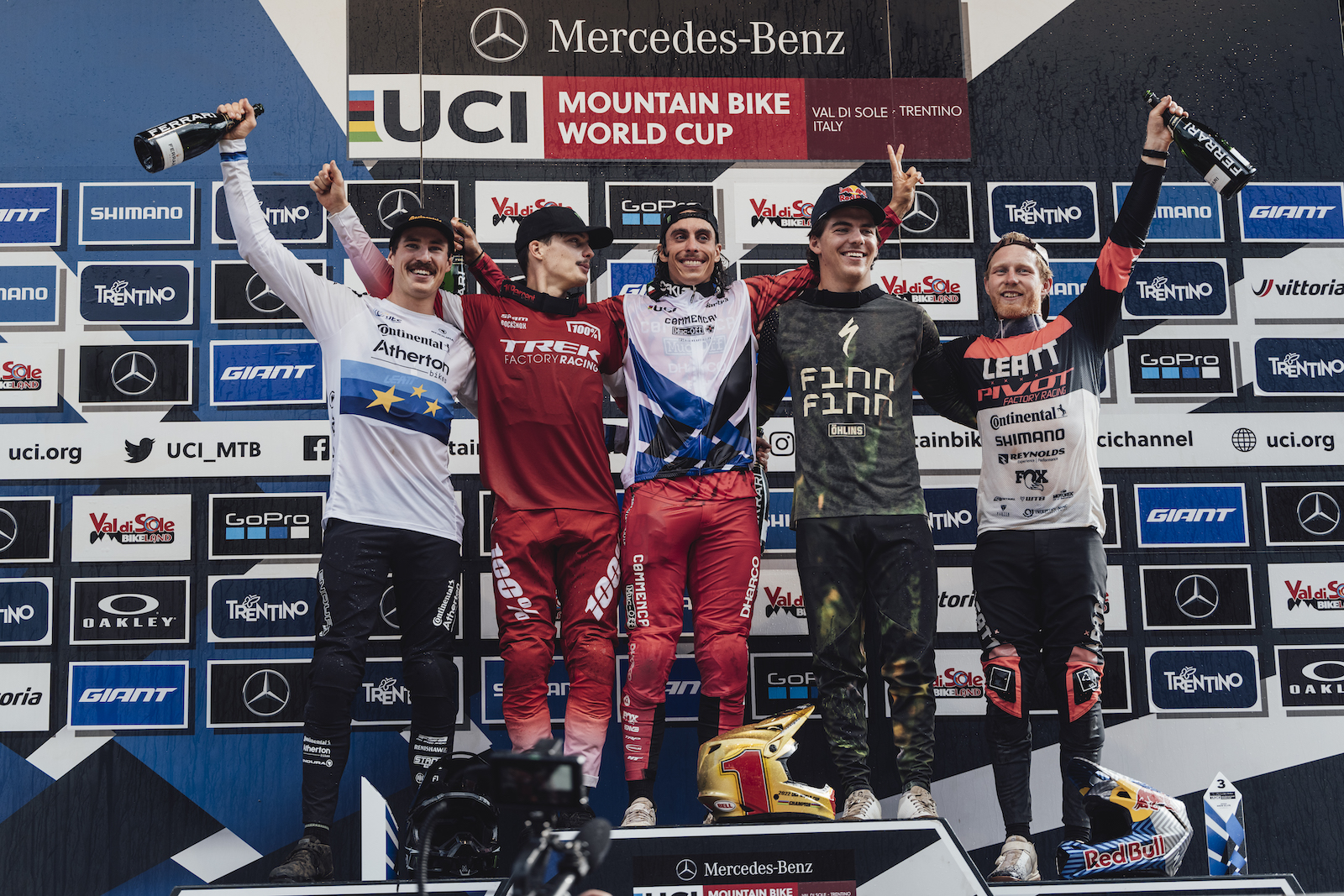 The overall in the female category remained under discussion until the last descent. Camille Balanche finally would take the win of the 2022 UCI DH World Cup season with a conservative descent, still tested by a forced return to the races after a collarbone injury, which earned her a fifth place, enough to collect more points and secure a bit of margin in the overall standings. 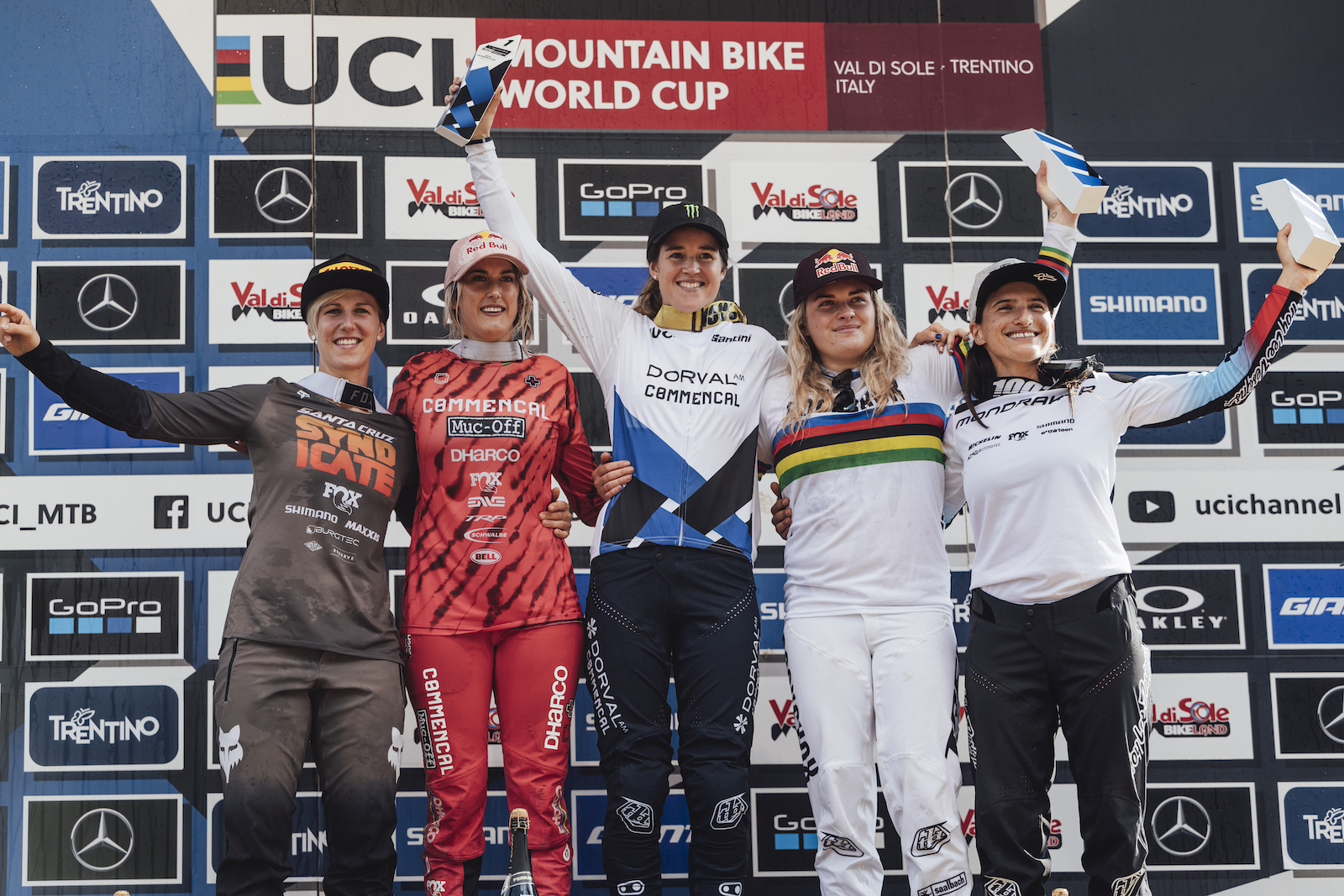 Myriam Nicole won today’s race with a well-managed descent, fast but not over the top, which allowed her to win with an abundant advantage and climb to second place in the overall standings. 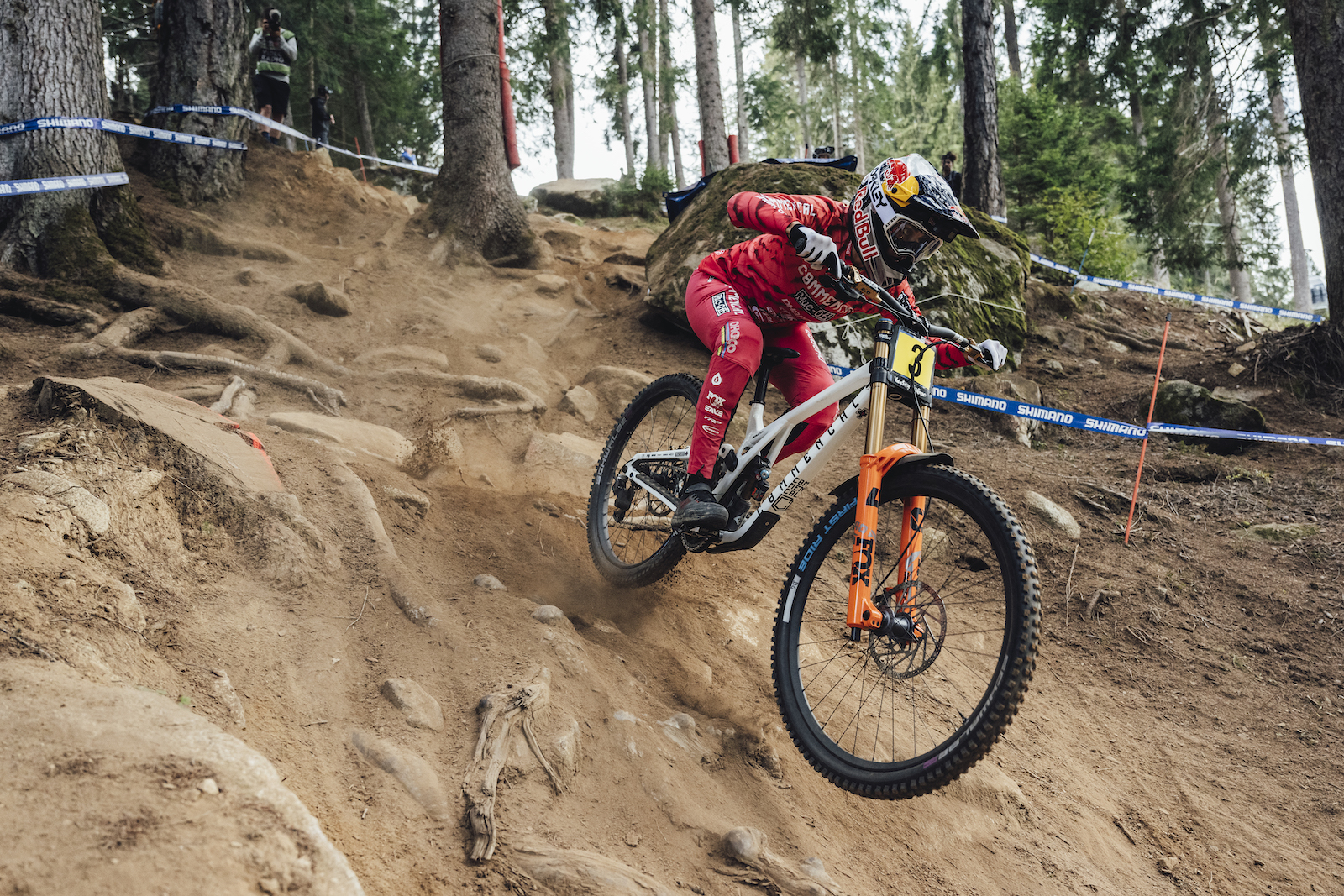 Nina Hoffmann was ever more steady and fast. After landing silver at the worlds of Les Gets, the German from the Syndicate also obtained an excellent second place on the dreaded Val di Sole track, facing it with great determination. With this performance, she moves up one place in the overall where she ends the season in fourth place. 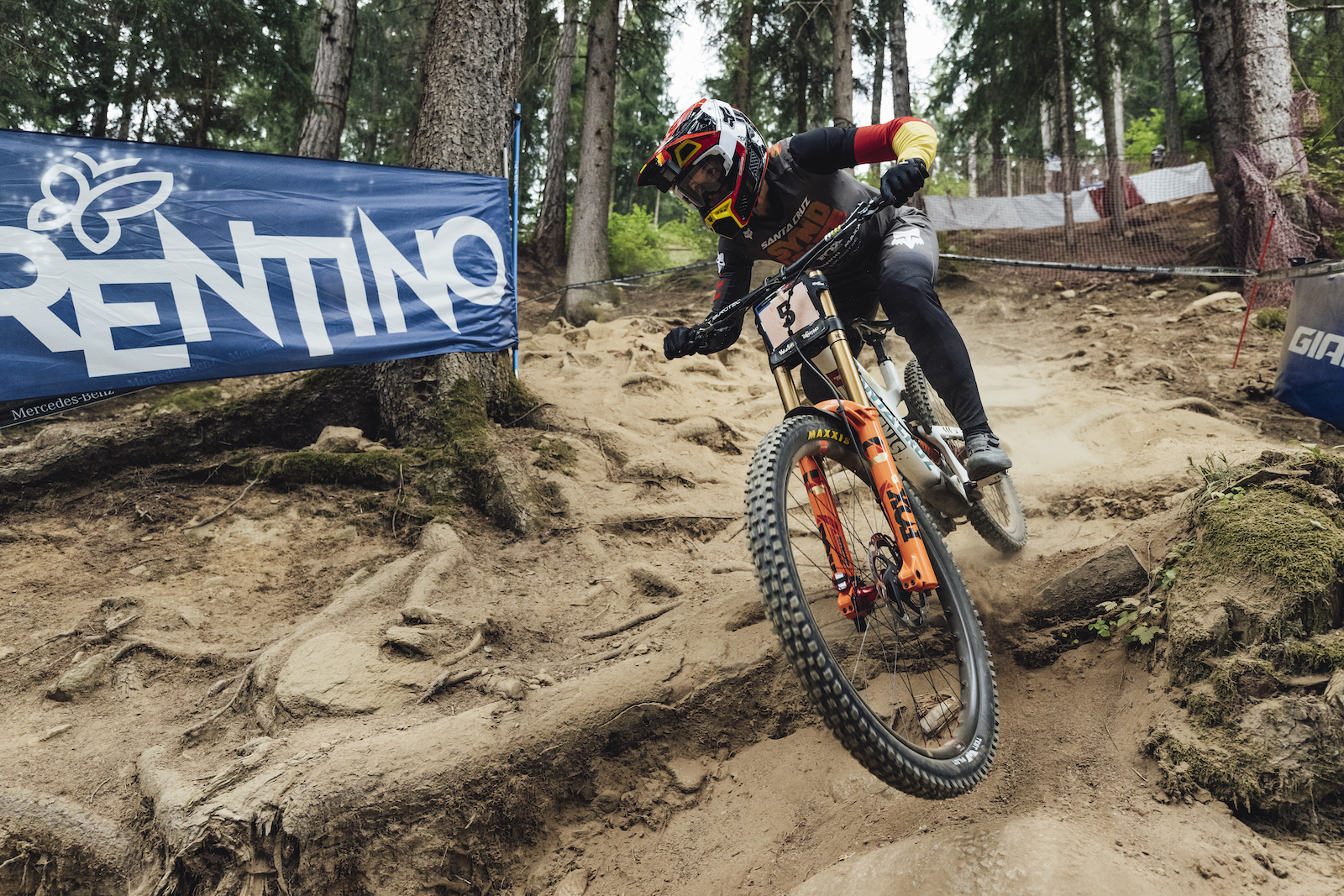 With a close gap, Valentina Höll, fresh from the world title, was the only one actually able to worry Camille Balanche. If the world champion had won today, she too would have taken the circuit victory with just one point ahead. Fourth position for another athlete we are seeing more frequently in the podium area, the New Zealander Jess Blewitt. The fifth place, as anticipated, was from Camille Balanche. A real disappointment to see Eleonora Farina still the victim of a fall after that of the world championship in Les Gets and this time right in the home race, where she could have enjoyed a big result, crowning her excellent season. Eleonora closed in ninth position.

No surprises in the Junior categories where world champion Jordan Williams, first in qualifying yesterday, repeated the result by winning today’s final. The points earned, however, are not enough to undermine Jackson Goldstone from the top of the standings and the Canadian is therefore junior champion of the 2022 UCI DH World Cup season. Gracey Hemstreet wins the final in Val di Sole and confirms herself as the leader of the overall points chase by winning the world cup season.

Thus ends the 2022 season, exciting and never banal, indeed full of twists, leaving us anxiously awaiting the start of the 2023 season.