This week Val di Sole hosted the UCI DH World Championships for the third time, the fifth time they’ve been held in Italy in the long history of the most important race of the season in the MTB world. A location that can be defined as a reference point both for its hospitality and for the track itself, given that it is considered to be one of the most technically and physically demanding of the entire DH circuit. Except for a few sporadic drops of rain, the weather was mild and the riders were able to compete in a fair race on rather dusty ground, but overall in good condition.

An incomparable Greg Minnaar wears the rainbow jersey for the fourth time and adds the eleventh medal to his long cache of results at the world championships. 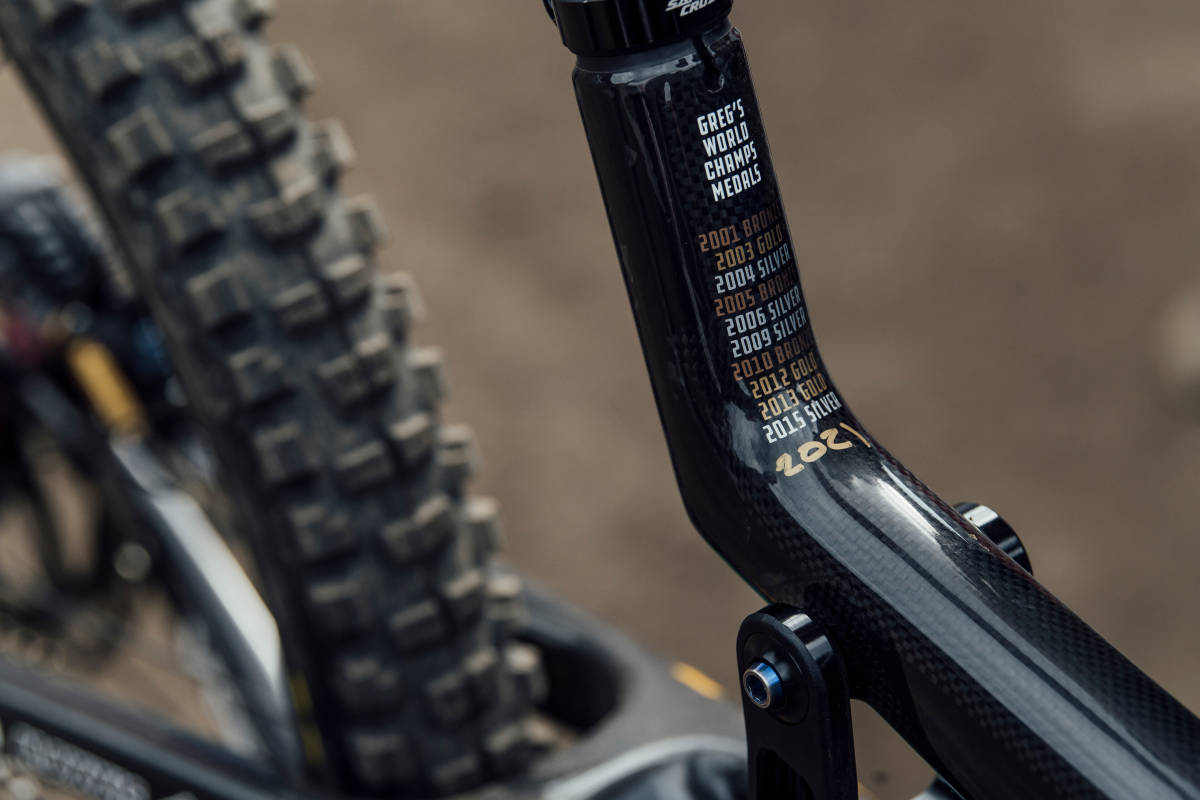 A thrilling descent in which the DH veteran, a few months before his fortieth birthday, was able to skillfully mix precision and aggression, winning lines and dynamism, putting the youngest and most aggressive top riders behind him. 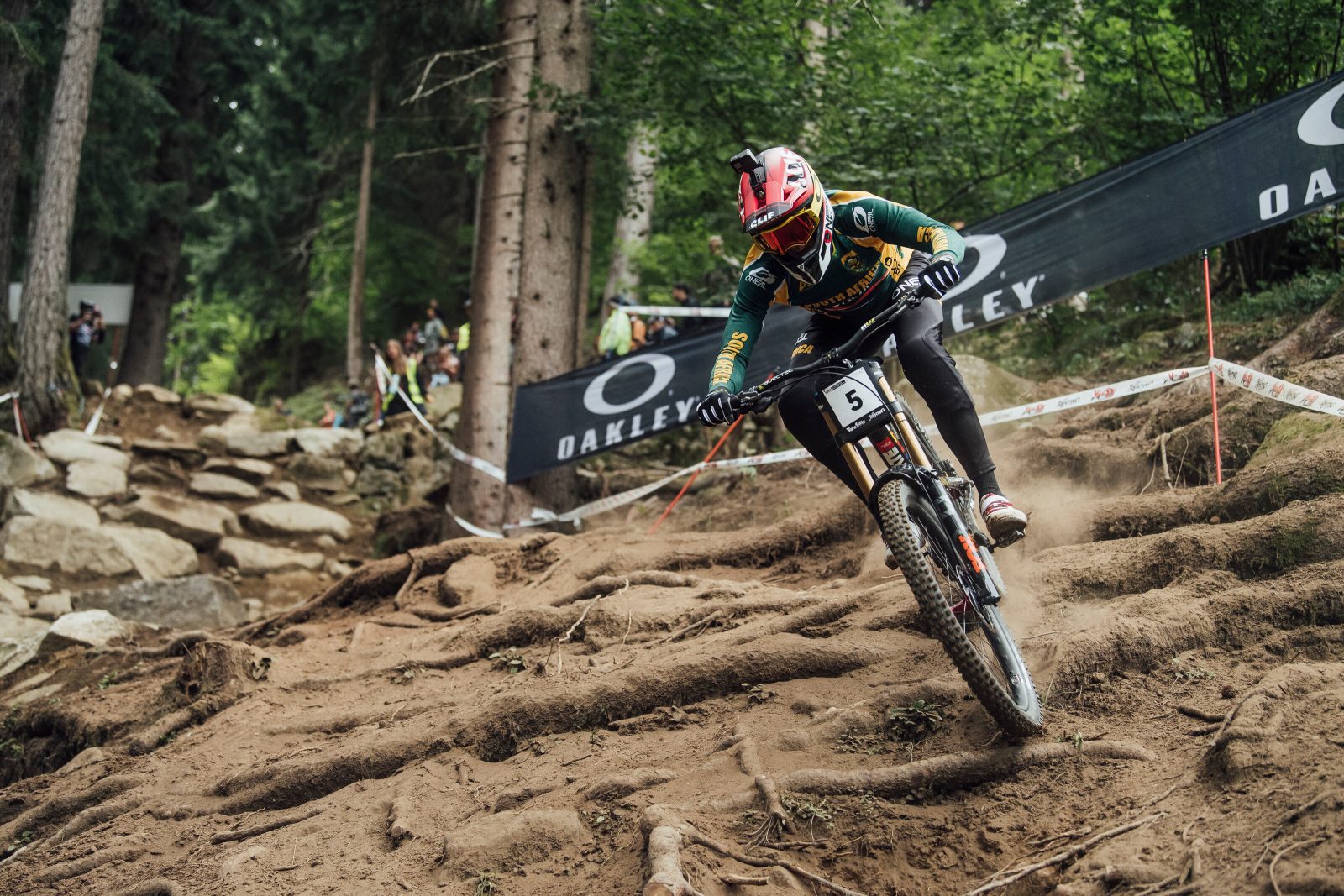 A silver medal for Benoit Coulanges, the only French athlete on the podium in a race that, according to the forecasts, seemed destined to play the notes of them. 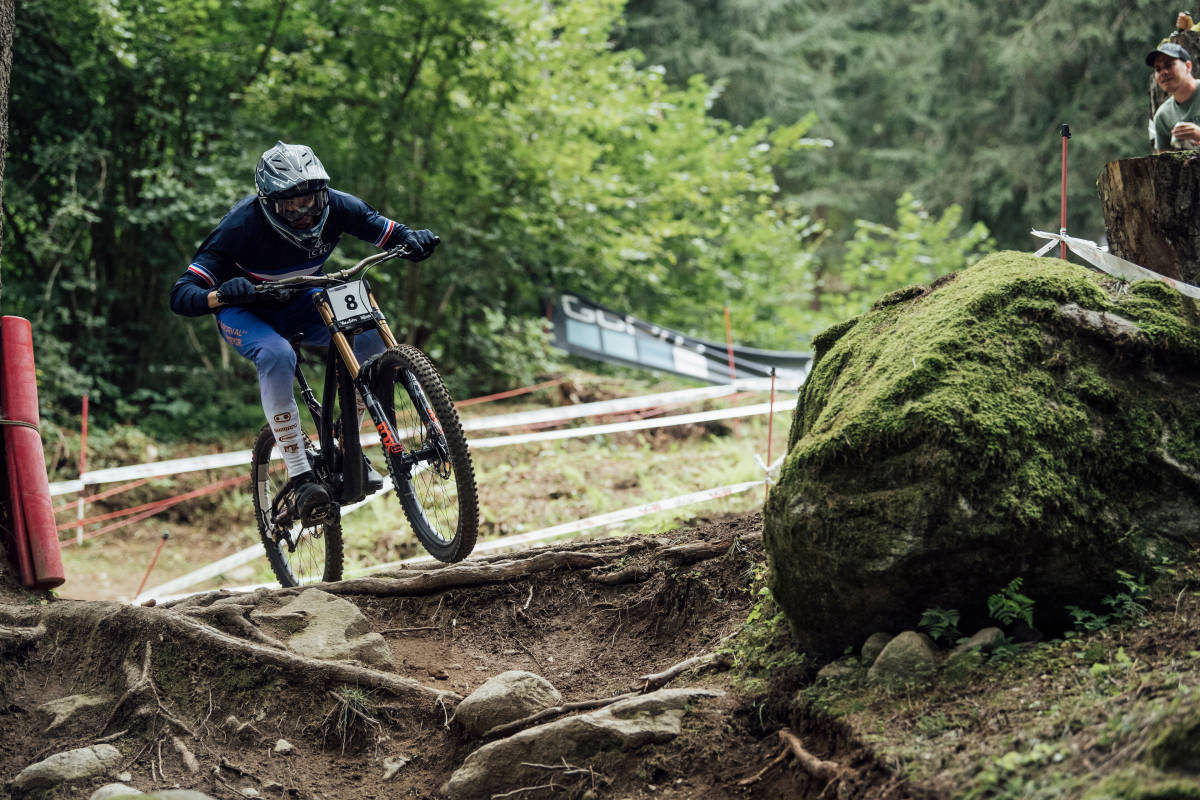 Troy Brosnan landed an excellent run and put the bronze medal around his neck, sealing a hard-fought podium, missing the win by less than half a second. 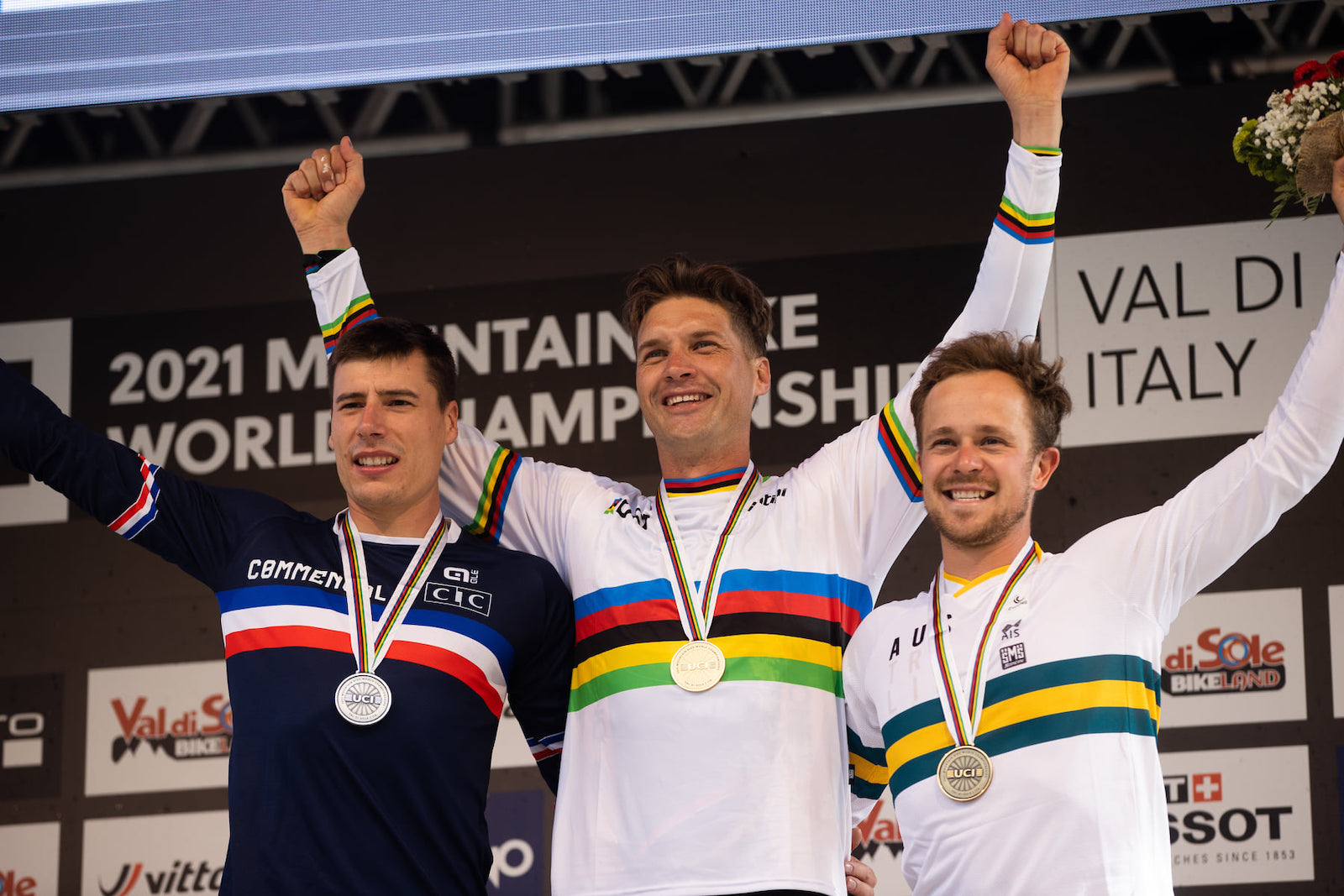 Fourth place for Loris Vergier who in his run alternated traits of pure precision and aggression with less convincing perfect lines, with safer trajectories than his opponents plus some mild mistakes. 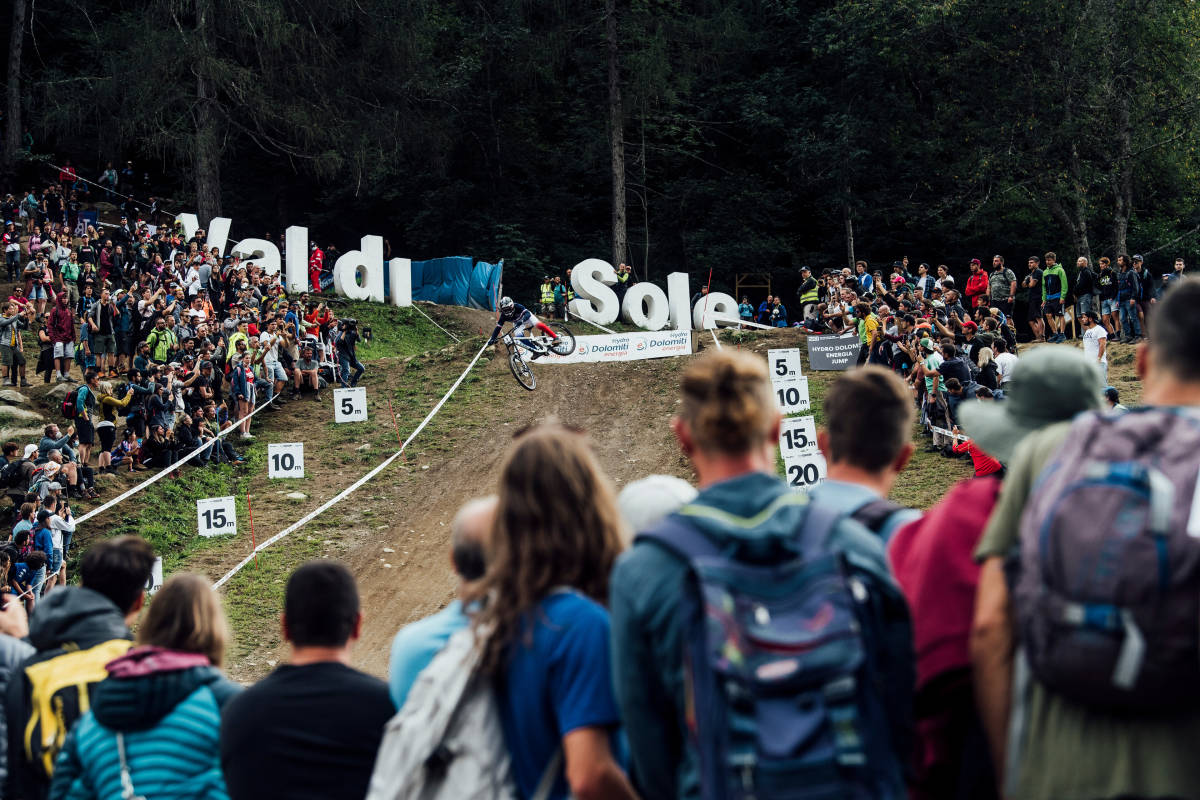 In fifth place Danny Hart who, in starting order, was the first athlete to really attack the track. 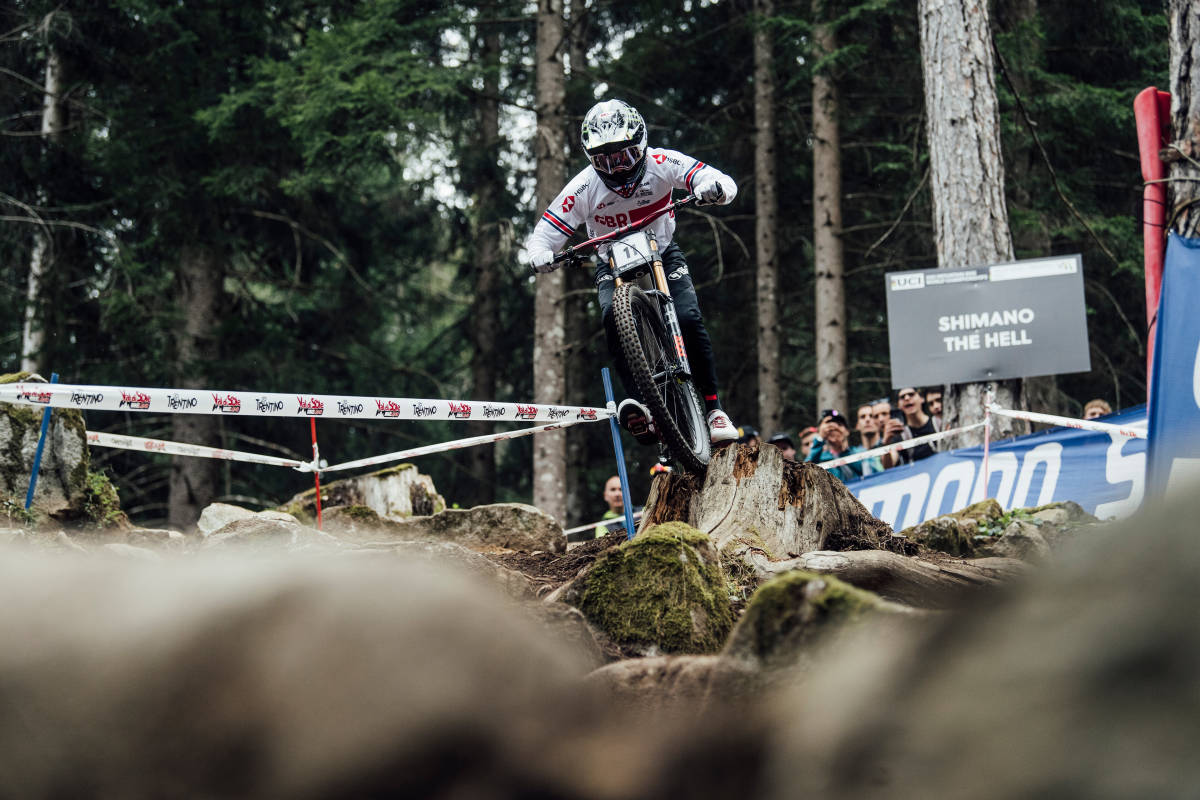 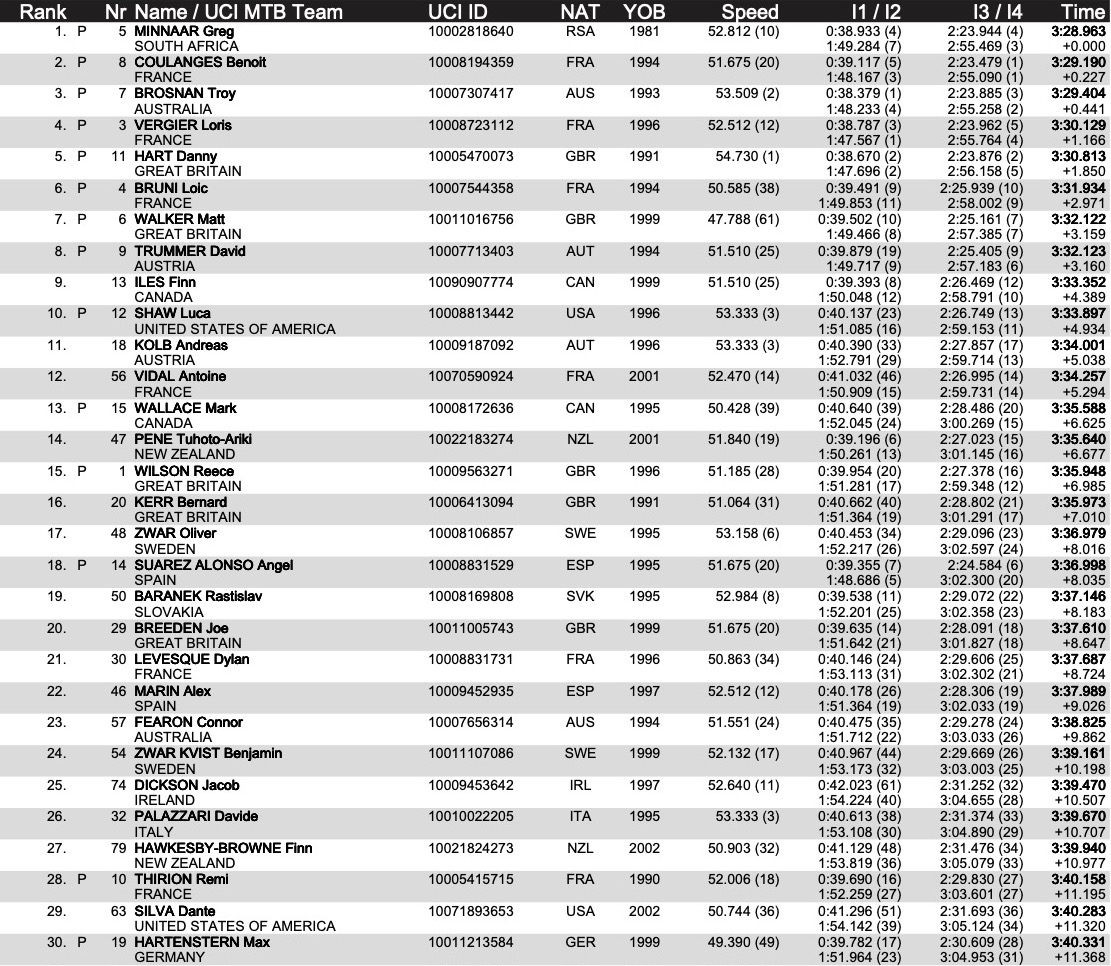 Among the women, Myriam Nicole dominated the race and won her second elite world title, which adds to last year’s silver medal in Leogang. 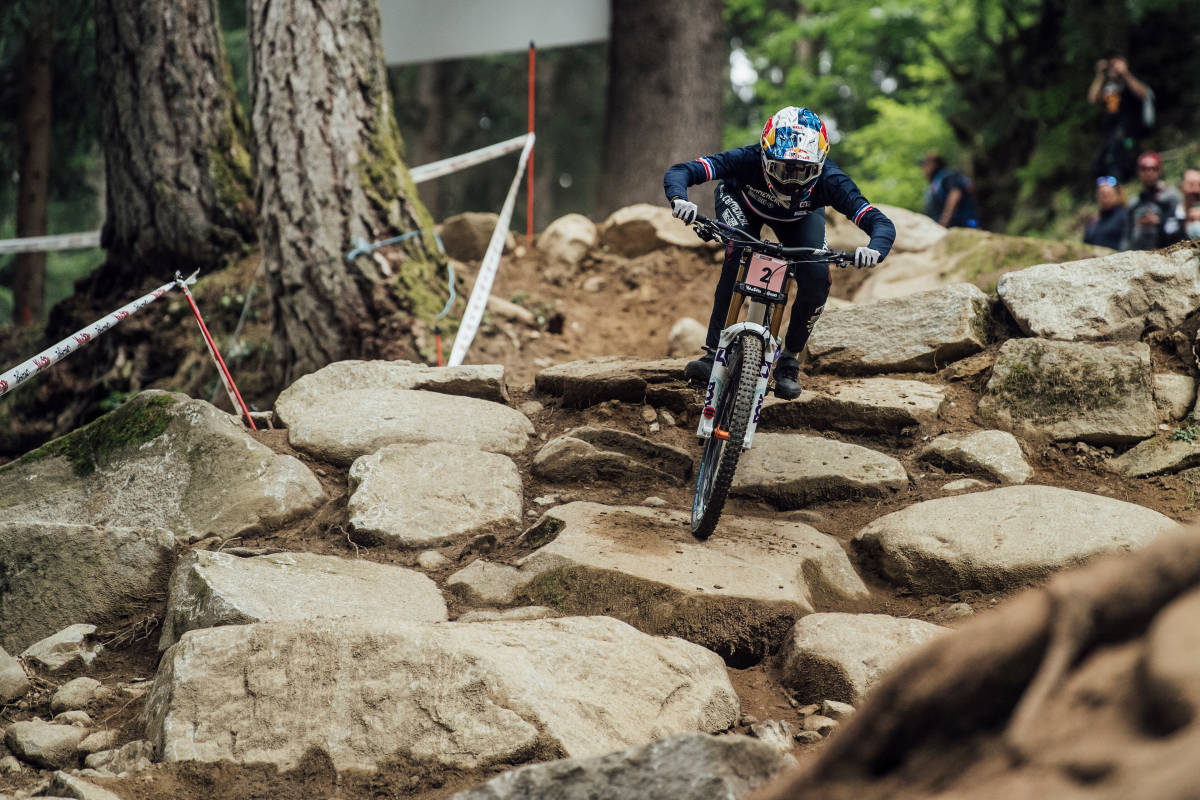 Myriam showed all her concentration on the target with excellent line choice.

Silver medal for Marine Cabirou who faced her run with a very aggressive disposition, always on the attack and, satisfied with her performance, on the hot seat she was looking forward to the weight of the gold medal on her chest until Nicole spoiled the dream, with a faster time by almost 5 seconds. 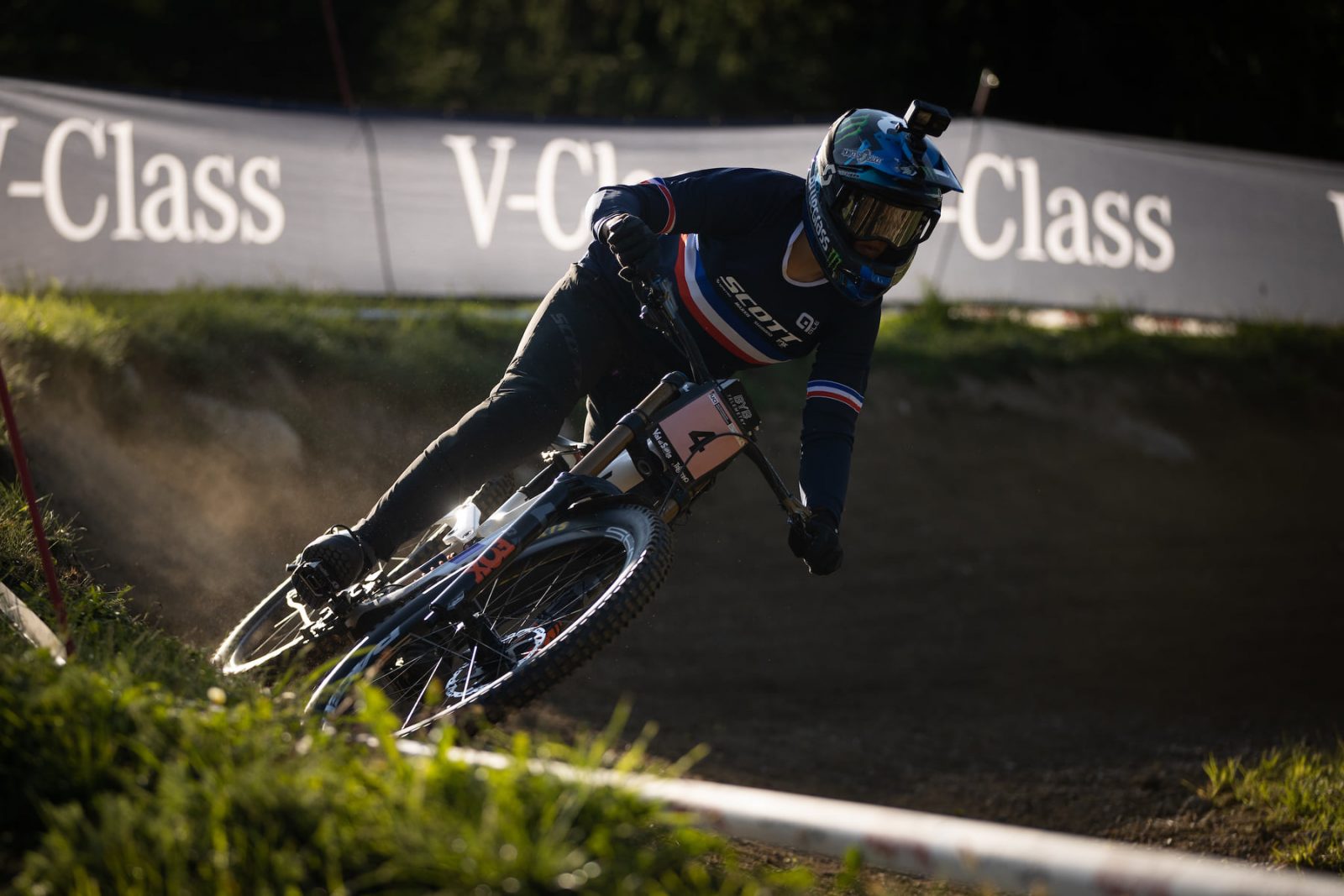 The Swiss Camille Balanche, outgoing world champion and second in the overall World Cup standings, confirmed her state of excellent physical and mental shape by finishing in third position and adding a bronze medal to her accolades. 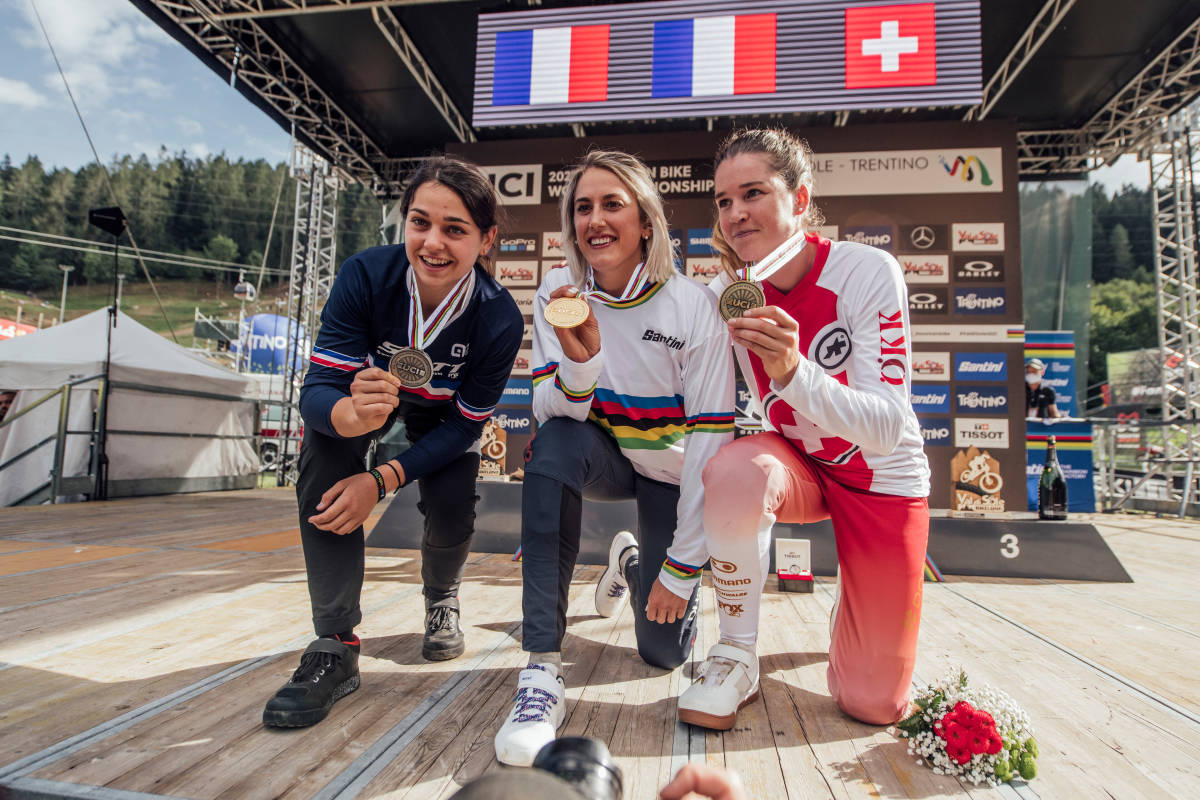 Anna Newkirk was the fastest American, in 13th place. 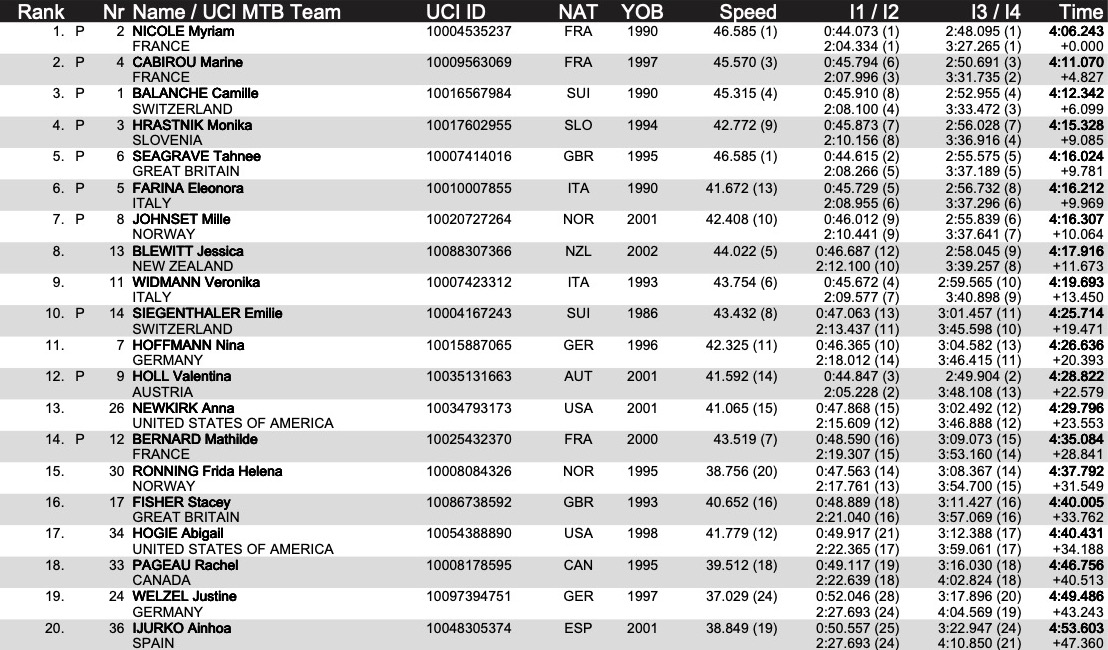 The performance of the young Canadian Jackson Goldstone met the predictions that had him as the new promise of World Cup DH from the tender age of 11, when he challenged the top riders in the whip-offs at Whistler’s Crankworx. Jackson, already leader of the World Cup overa, won the first world championship jersey of his career in Val di Sole ahead of Jordan Williams and Lachlan Stevens-McNab. A further applause to the athletes on the podium who are all in their first year in the Junior category. 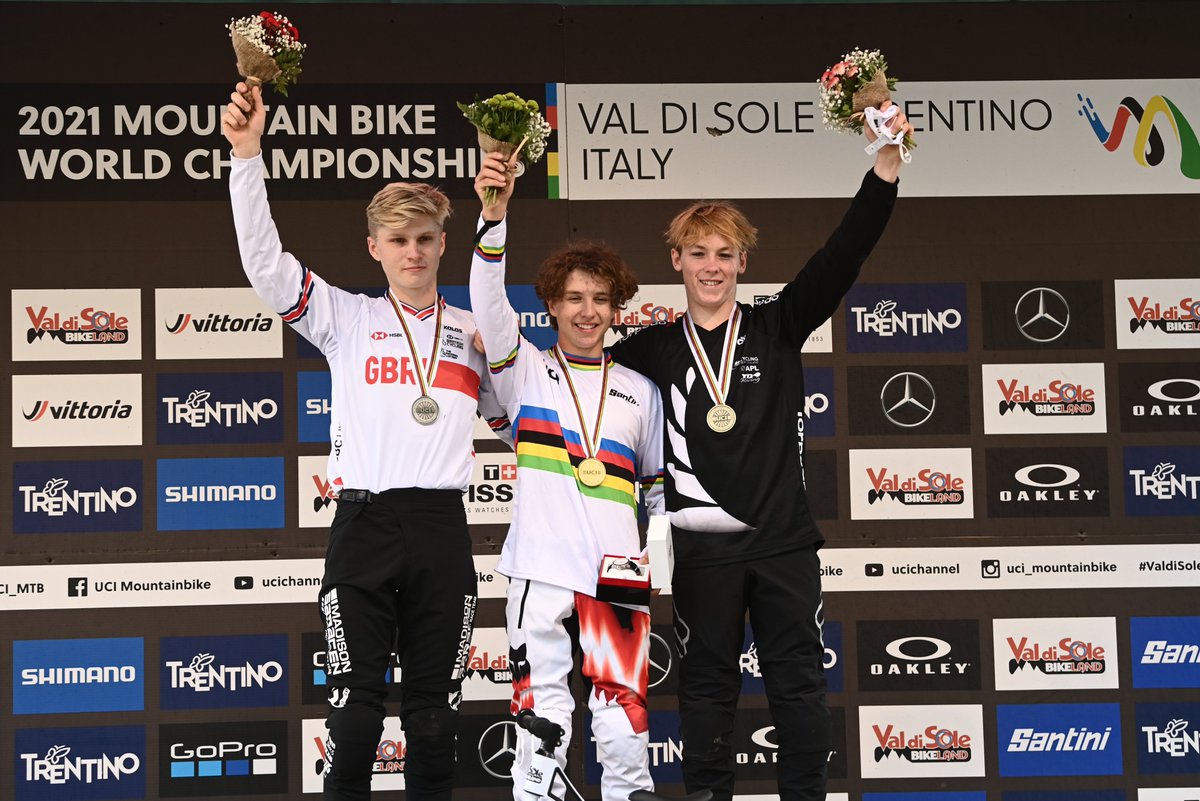 The outgoing world champion, Oisin O’Callaghan, closes the final heat in fifth position, while the fastest American was Dylan Maples, in 12th place.

Even in the women’s field, the podium is entirely made up of athletes in the first year of the category. The Bulgarian Izabela Yankova dominated the final heat and won the gold medal with a gap of more than 10 seconds on Kine Haugom and Gracey Hemstreet. 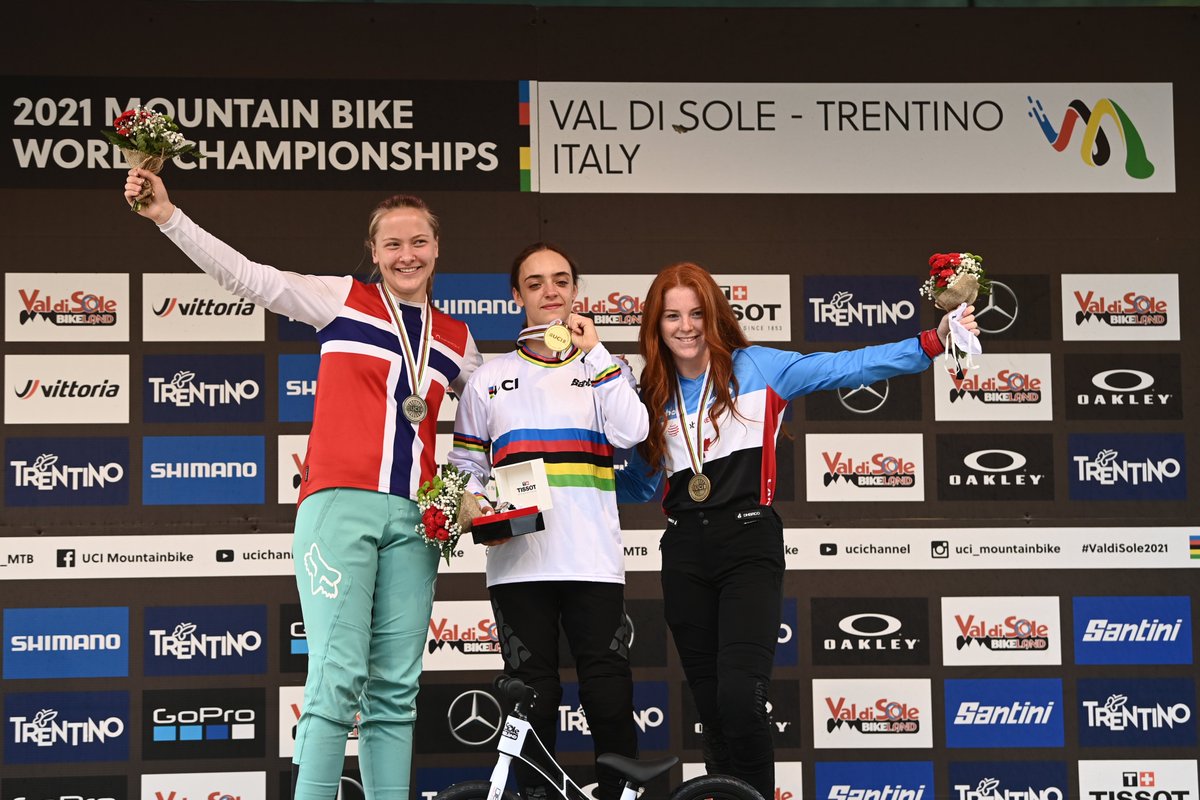 [Video] Dialed – Behind the scenes of World Champs