INNSBRUCK, AUSTRIA, June 19, 2021 – Two years ago, Emil Johansson (SWE) returned to Crankworx competition in Innsbruck. Prior to that, he had been fighting a battle of a different sort, head-to-head with an autoimmune disease that forced him to step back from competition. But June 2019, the Swedish rider’s name returned to the start list. His second place finish made a statement: he wasn’t just back, he was stronger than ever and here to win. Since then, Emil Johansson done nothing but that.

Today’s first-place finish in the Crankworx Innsbruck Slopestyle marks the fourth win in a row for the 21-year-old, who will celebrate his birthday tomorrow. 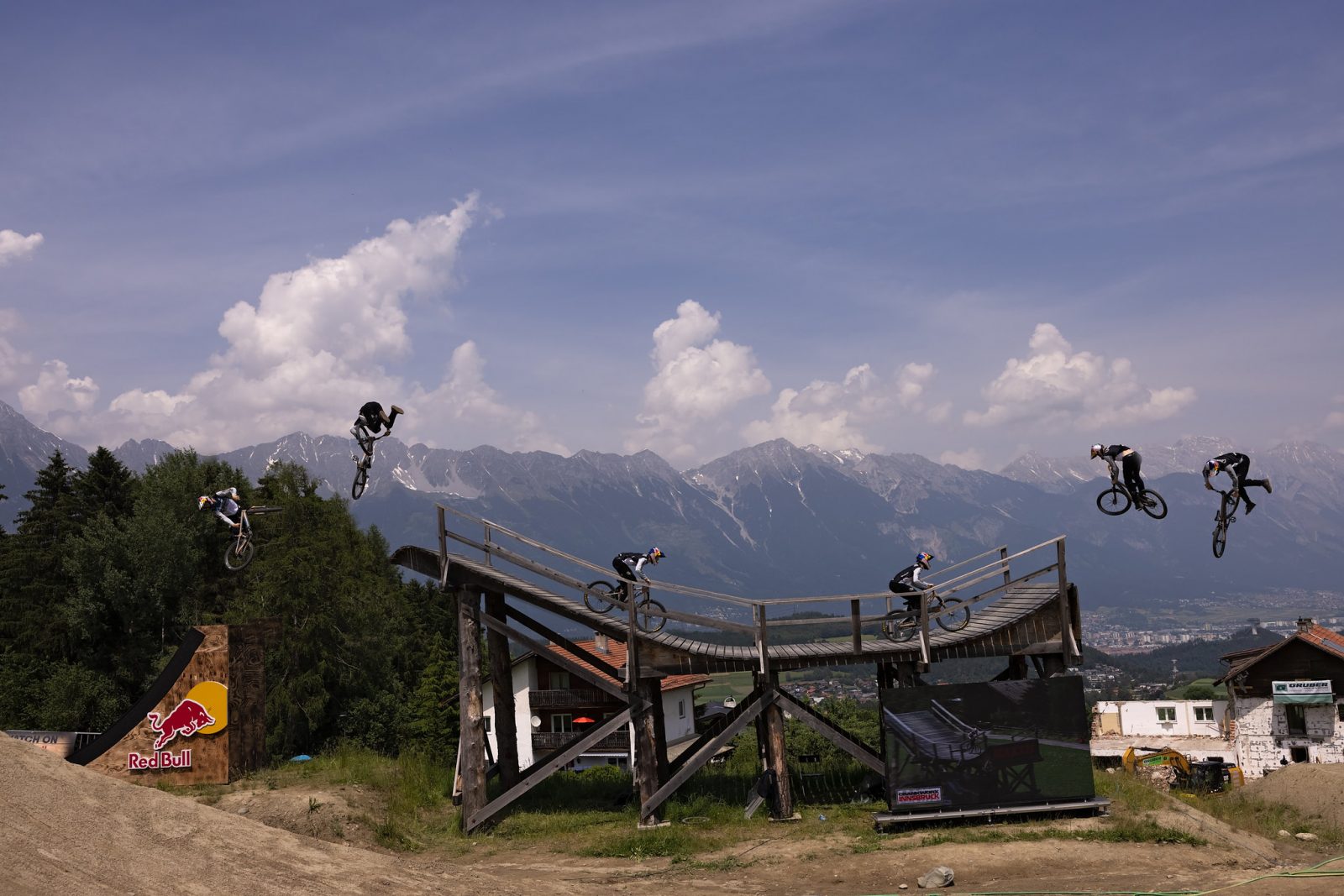 “It’s honestly amazing,” he said from the finish corral. “It’s been more than a year since last time, so to be back and, first of all to see everyone, but also be able to get a full, real show together has been amazing. I’ve been longing for this one since last March. It feels awesome.” Johansson won the event in October of 2020. But weather woes led to some challenging conditions on course, leaving him feeling dissatisfied with what he was able to pull off.

Today, under blue skies and with perfect conditions, the Red Bull athlete said it was a “dream scenario.”

His winning score of 97.5 came from a trick-heavy run, with both regular and oppo tricks, all linked with precision. With so many technically-demanding tricks, he said his satisfaction doesn’t come from any one in particular, but the ability to bring it all together. 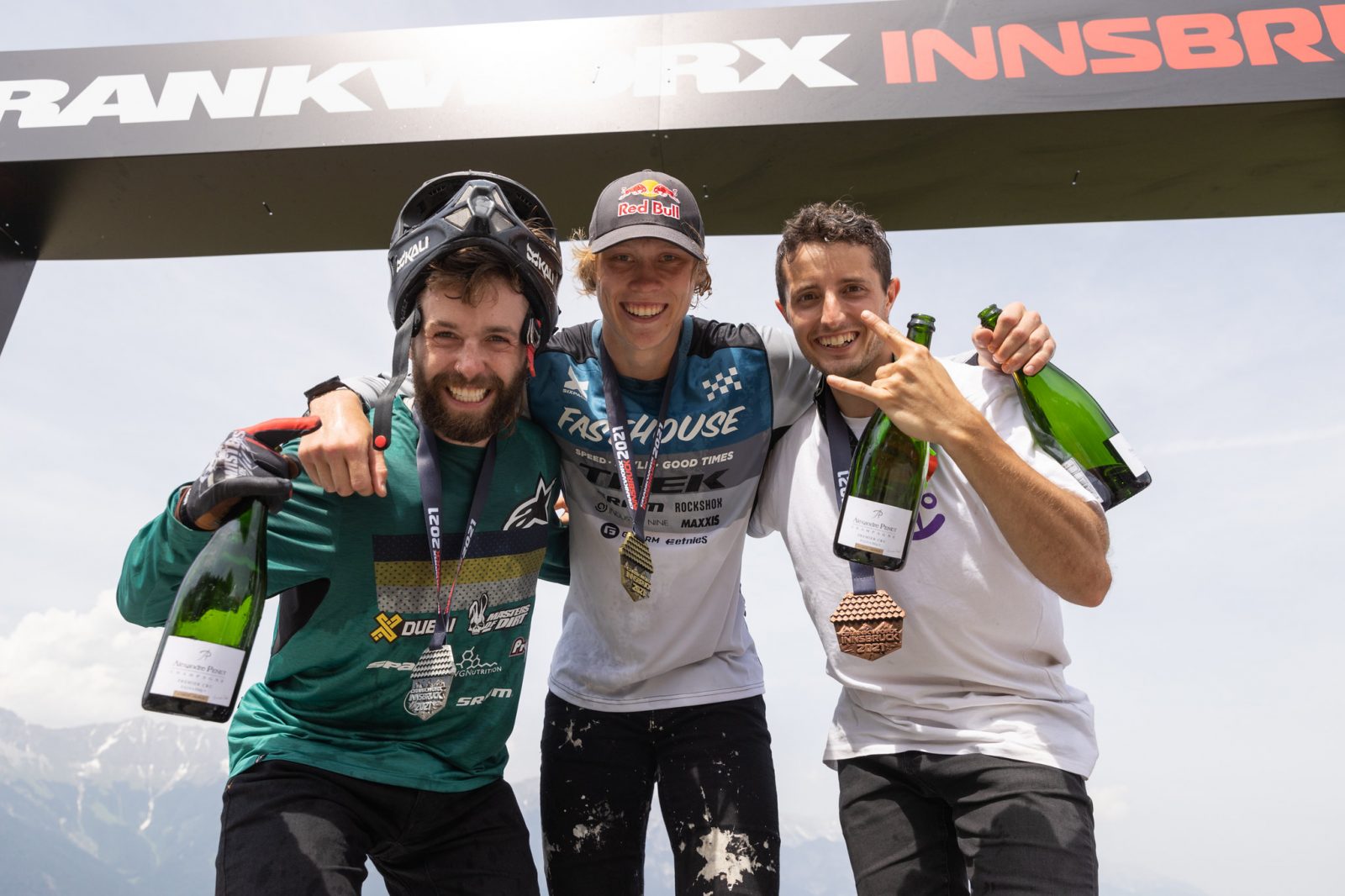 “It’s the whole package that I do, with stuff back-to-back. It really ties the bag together for me. It’s what makes me really satisfied with my performance.”

For the second place finisher, it was a different story.

“I feel amazing about the opposite cashroll,” said Nicholi Rogatkin (USA), who was able to pull off the unique trick on the final jump in his second run. “It’s a trick that I’ve worked really hard on. Doing tricks opposite is something that’s very necessary in Slopestyle and, for me, that type of stuff is really hard. I’m way better at working on big rotations, big, exciting tricks. So this was kind of a mix. It was opposite but it was still kind of wild and exciting, so I had a lot of motivation to work on it. I worked on it for a couple years, and this is actually the first place I’ve ever done it on dirt…so it was a lot of relief of pressure that I could put a big, opposite maneuver in my run. That felt amazing.”

Both he and Johansson’s strong scores were hard-fought. First, an extended period away from high-level competition upped the nerves and challenge.

“After such a long time of not competing, there was more pressure,” said Rogatkin. “When you’re standing on the top of the start ramp all the time, all year, it kind of becomes second nature. The nerves kind of become normal. But when the competition started there were so many butterflies in the stomach. I started to feel so nervous. I thought ‘oof, this is the feeling that I’ve missed the past 15 months.’ So that was part of it. But also heavy motivation.”

Next, both faltered on their first runs. It meant they both dropped in uncharacteristically early in the second runs, with everything on the line.

“After crashing in the first run, it’s always a bit stressful going into the second run, knowing that you only have one chance,” said Johansson. “So to be able to pull off a run that I’m satisfied with, that holds the spot I’m here to take, that feels amazing.”

“Between the first and second runs is a pretty short period,” he added. “So it’s pretty nice, because if you fail on your first run, you get up and you’re already pumped up, you ride around in the parking lot a bit, and then just drop in. You don’t have a lot of time to think and sit down and get cold. You’re already pumped up, sweating and ready to go.”

“After so much time not competing and so much work put into the riding, and a mistake in the first run, I was super super super motivated to do a big run in the second run,” explained Rogatkin. “I’m happy everything worked out. I’m over the moon right now.”

Rounding out the podium, a rider who hasn’t stepped onto one at Crankworx since early 2017. Torquato Testa (ITA) had the highest score after the first runs, with a 93.25. It was strong enough to hold off most of the field and earn him a bronze medal today.

“It feels super good, because the other podium was in Rotorua in 2017,” said the Italian. “So it’s already a couple years that I didn’t do podium in Crankworx. So, super stoked to be back here and to be back on the podium, especially after a long break like this one. So it’s fantastic.”

Today’s event brought together 15 of the world’s top Slopestyle mountain bikers. It kicked off the Crankworx FMBA Slopestyle World Championship season, with two more events to come over the course of 2021 with today’s announcement of Crankworx British Columbia in September. The final contest of the year will crown the season’s overall winner in Rotorua in November. 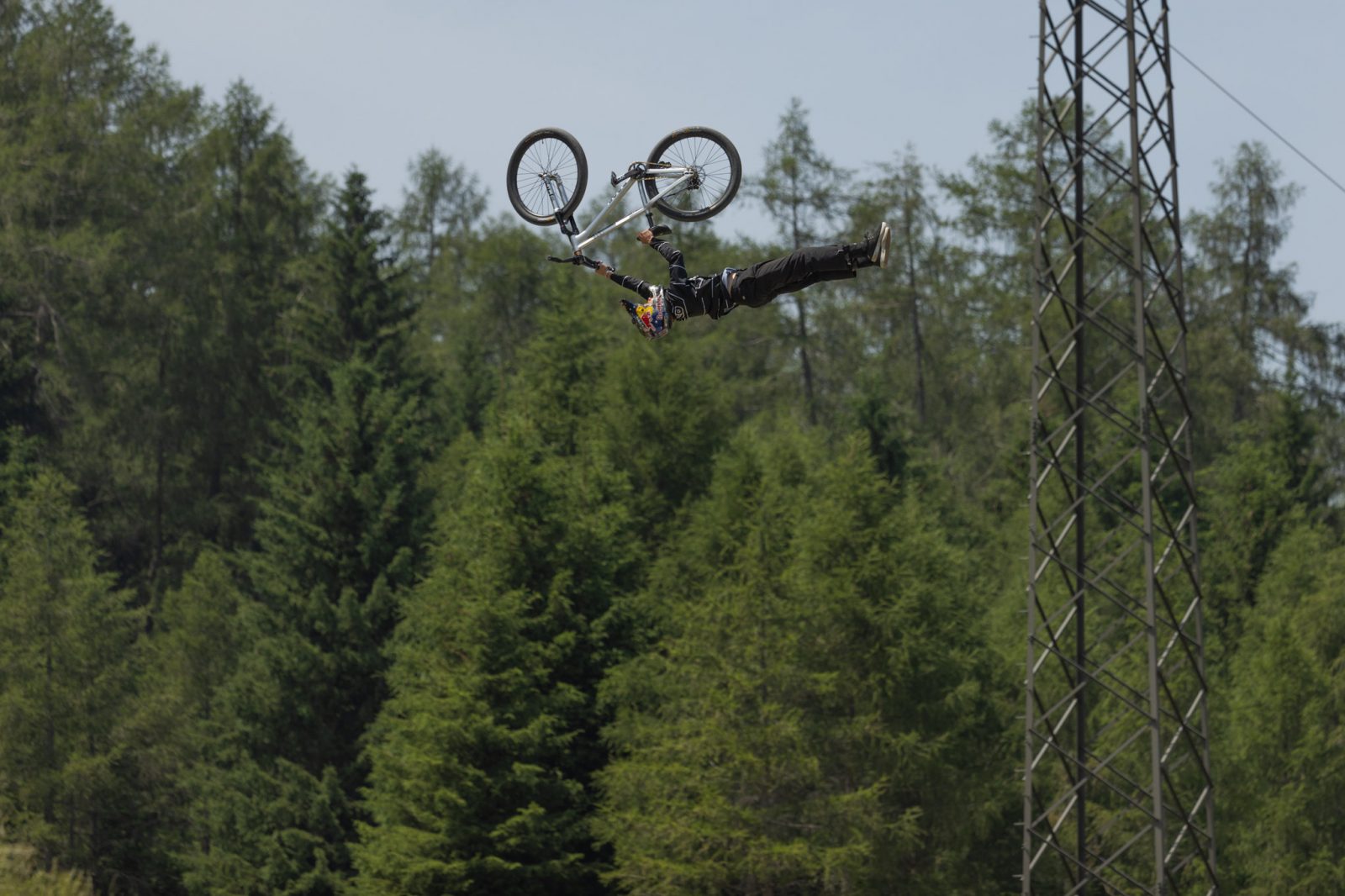 Other notable moments of the day included the fourth and fifth place finishers’ runs, with all scoring over 90. Erik Fedko (GER) took fourth with a 91.5, with a stylish run featuring some of his signature tricks, like the 360 Indian air seat grab. Coming in fifth with a 90, Timothé Bringer continued to show he’s a force to be reckoned with. In the past two Crankworx festivals, he’s managed to place in the top five of every event he’s taken on, including earning his first Crankworx podium with a third in the CLIF Speed & Style Innsbruck last night.

Next up, the deuter Downhill Innsbruck presented by Raiffeisen Club wraps the action for Crankworx Innsbruck 2021.