“For me, when it comes to riding, I just enjoy what I do and I take it serious when it comes to preparation for an event such as this with such a high risk,” said the 20-year-old, who finished last season on a winning note at Red Bull Joyride at Crankworx Whistler, and is now starting his 2020 season on the same. 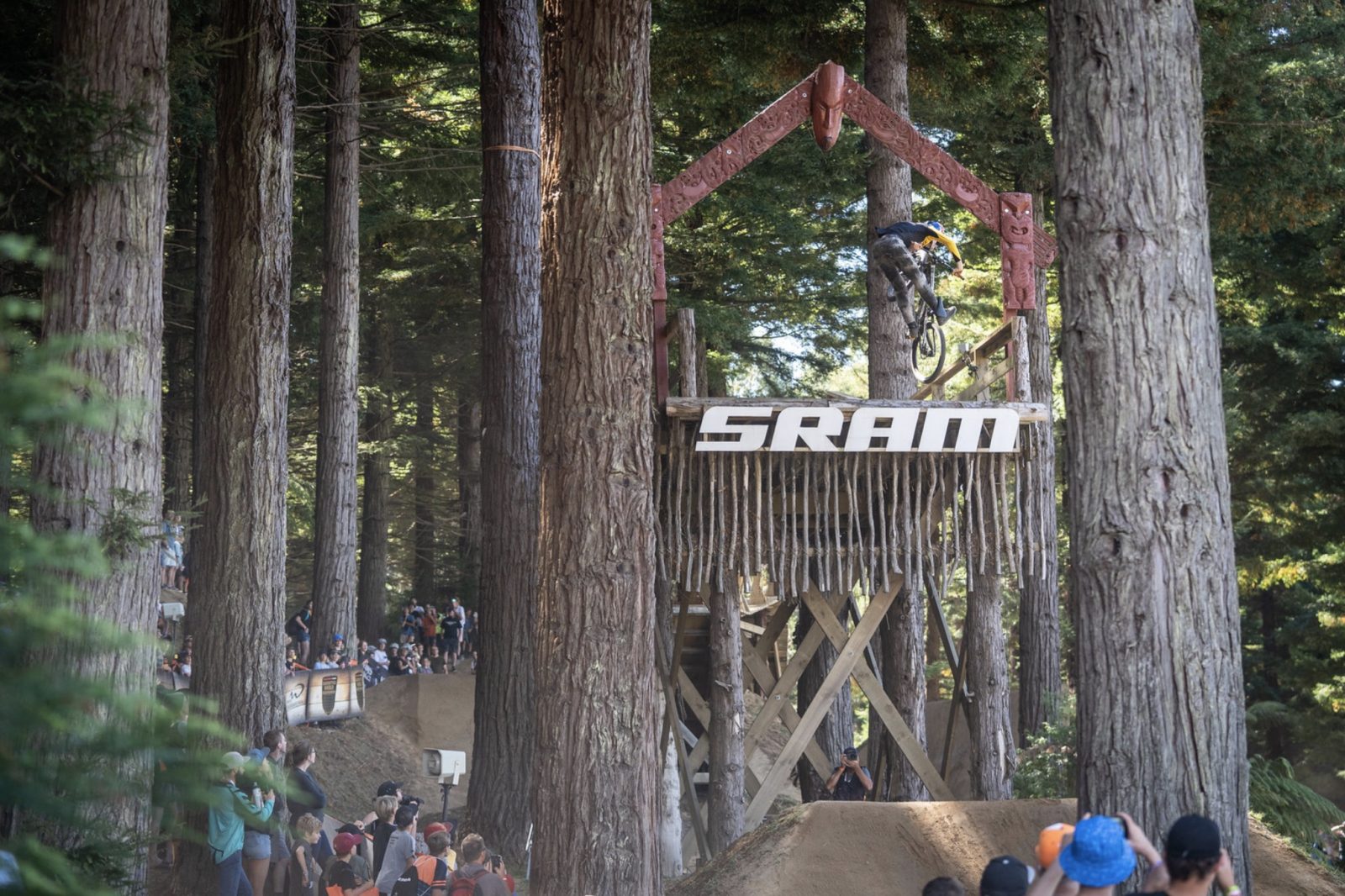 His winning score of 96 in the Maxxis Slopestyle in Memory of McGazza was classic Emil. Flowy and trick-heavy, it even featured two tricks “new out of my pocket”: a 360 windshield wiper and a switch triple-whip.

The Swedish rider said his focus at this stage in his riding and life is on keeping progression going and having fun on bikes. “I think we’re looking at a great few years ahead.”

It’s something the young rider has certainly earned. In 2017, his star was undeniably on the rise. That year, his first on the Crankworx World Tour, he earned three podiums, starting off with a third place in Rotorua and ending with a second place at Red Bull Joyride.

Then everything changed. An auto-immune disease struck, taking Johansson down, to a point where he wasn’t sure if he’d recover, or ever be able to ride competitively again. Eventually, a diagnosis came, followed by an uncertain road back. June of 2019 he returned to Crankworx competition in Innsbruck with a bang, coming in second. The fairy tale continued with his win in Whistler.

One step down for him, a rider enjoying a comeback of a different sort. 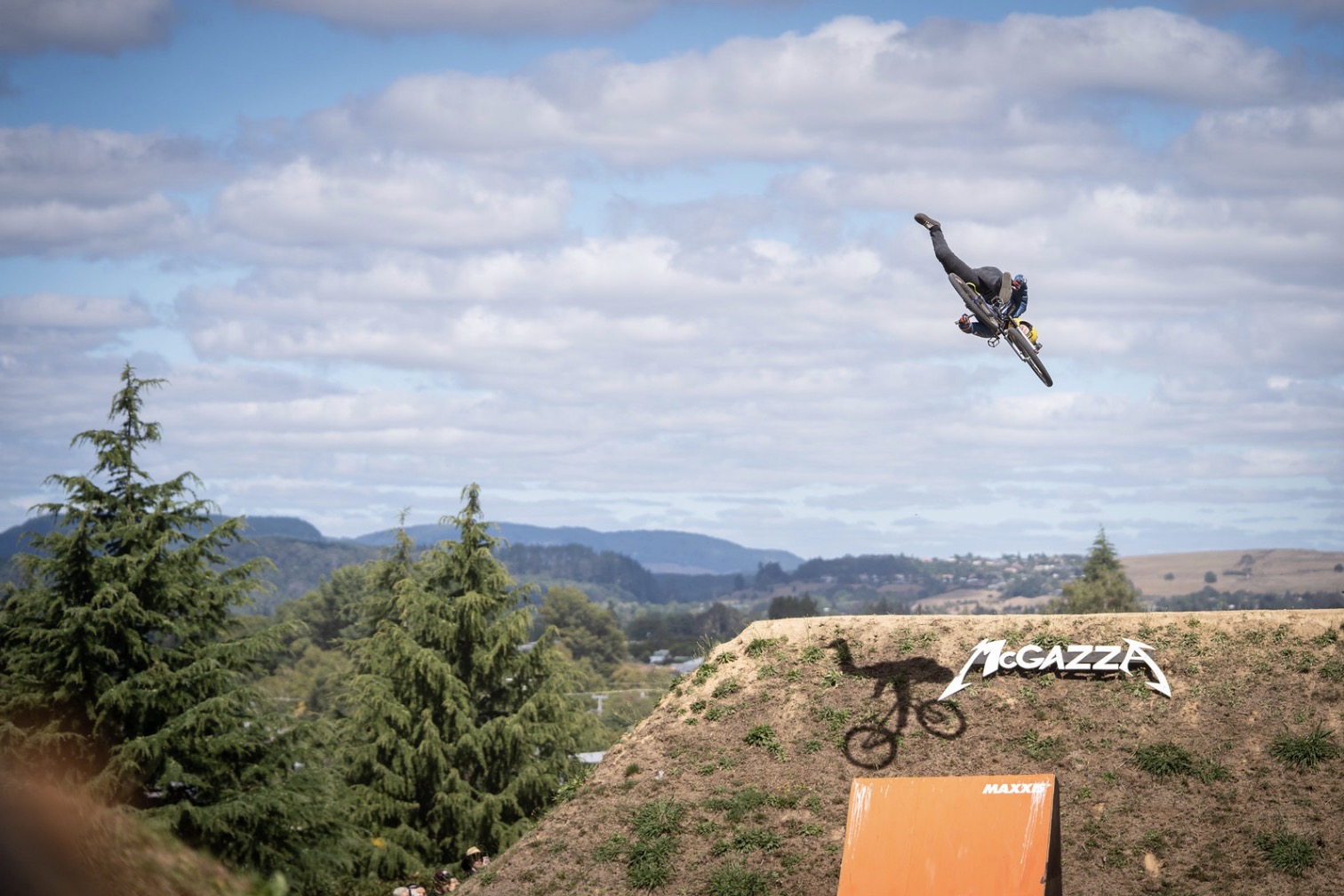 Nicholi Rogatkin (USA) had an uncharacteristic 2019. After becoming the very first rider in history to win the Triple Crown of Slopestyle, the American seemed unable to find his flow.  His top finish was fourth.

“Last year I had some very unlucky moments here, and the whole season didn’t really go my way, so I’m really stoked to get some redemption and get back up on the podium here in Rotorua,” said the 24-year-old. “It’s one of my favourite places. The first ever place I won a Crankworx event. It honestly feels amazing. I’m so stoked.”

Rogatkin’s podium finish today was hard fought. He seemed on his game on his first run, but his attempted front flip tailwhip on the McGazza money booter ended in an explosion of dust in the finish corral. He fared better on his second, scoring a 93, enough to bump Fedko into third. 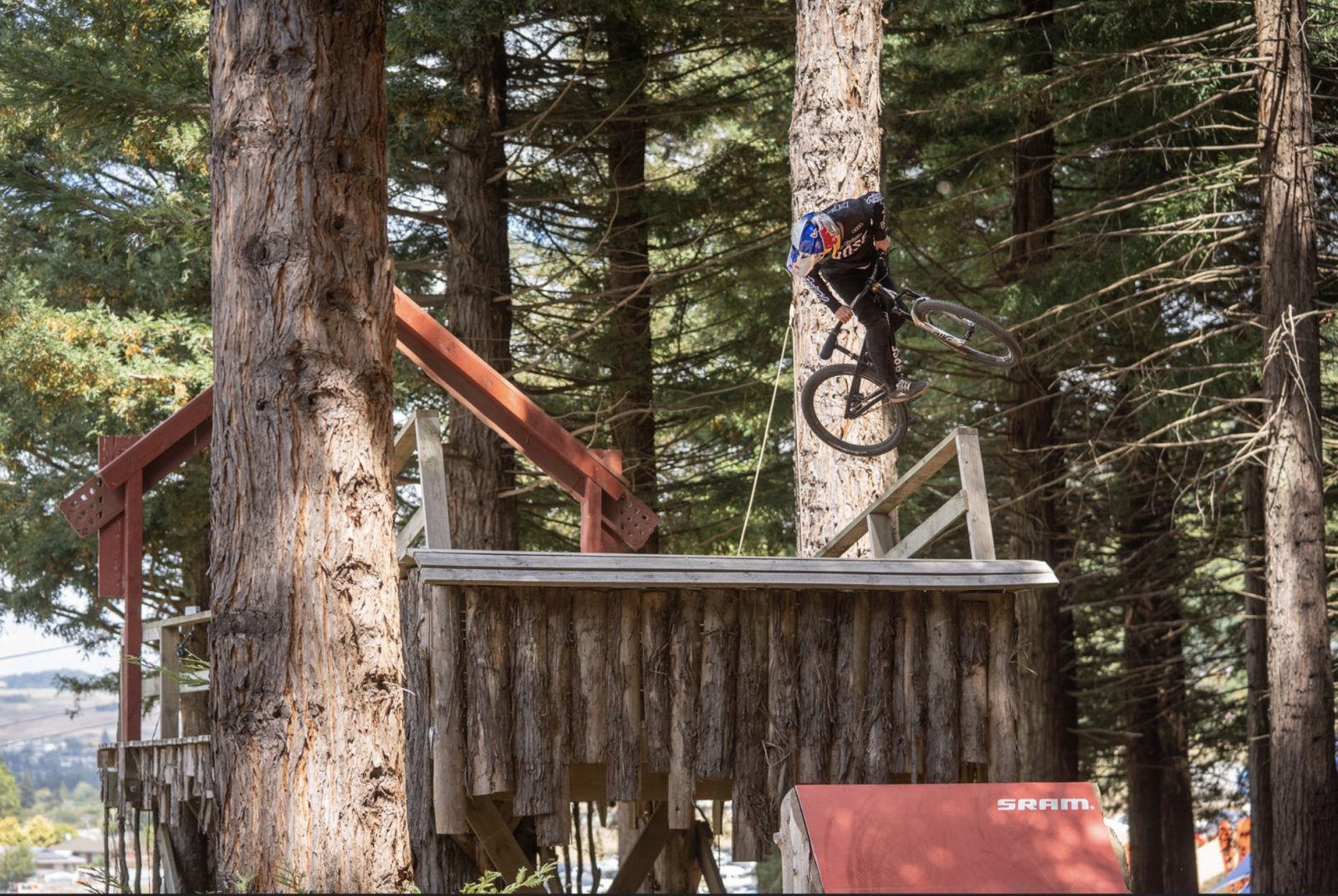 And while Fedko’s 90.25 wasn’t able to withstand Rogatkin, the German was all smiles. Today marks his third third place podium at Crankworx, the other two coming in Les Gets and Whistler in 2018.

“Getting the run down was insane,” said the 21-year-old. “I was so happy I couldn’t believe it.”

“I started off with a truck whip on the step down. It was my first ever landed truck whip on a step down, so I was so stoked on that.” What followed was a clean and stylish run with some moves that have become his signature, including a three indian air on the big step up.

As the second to last rider to drop in the second runs, the German rider had one more opportunity to push for more points. Instead, the crowd watched as the two athletes chatted.

“I asked him ‘Are you going to do a second run?’” said the Swede. “He was happy with third place, so we just did a train. It was sick.”

“As soon as I knew I was still third I was like ‘Yeah, let’s cruise together,’” added Fedko. “I’m so happy for Emil. He deserves it.” 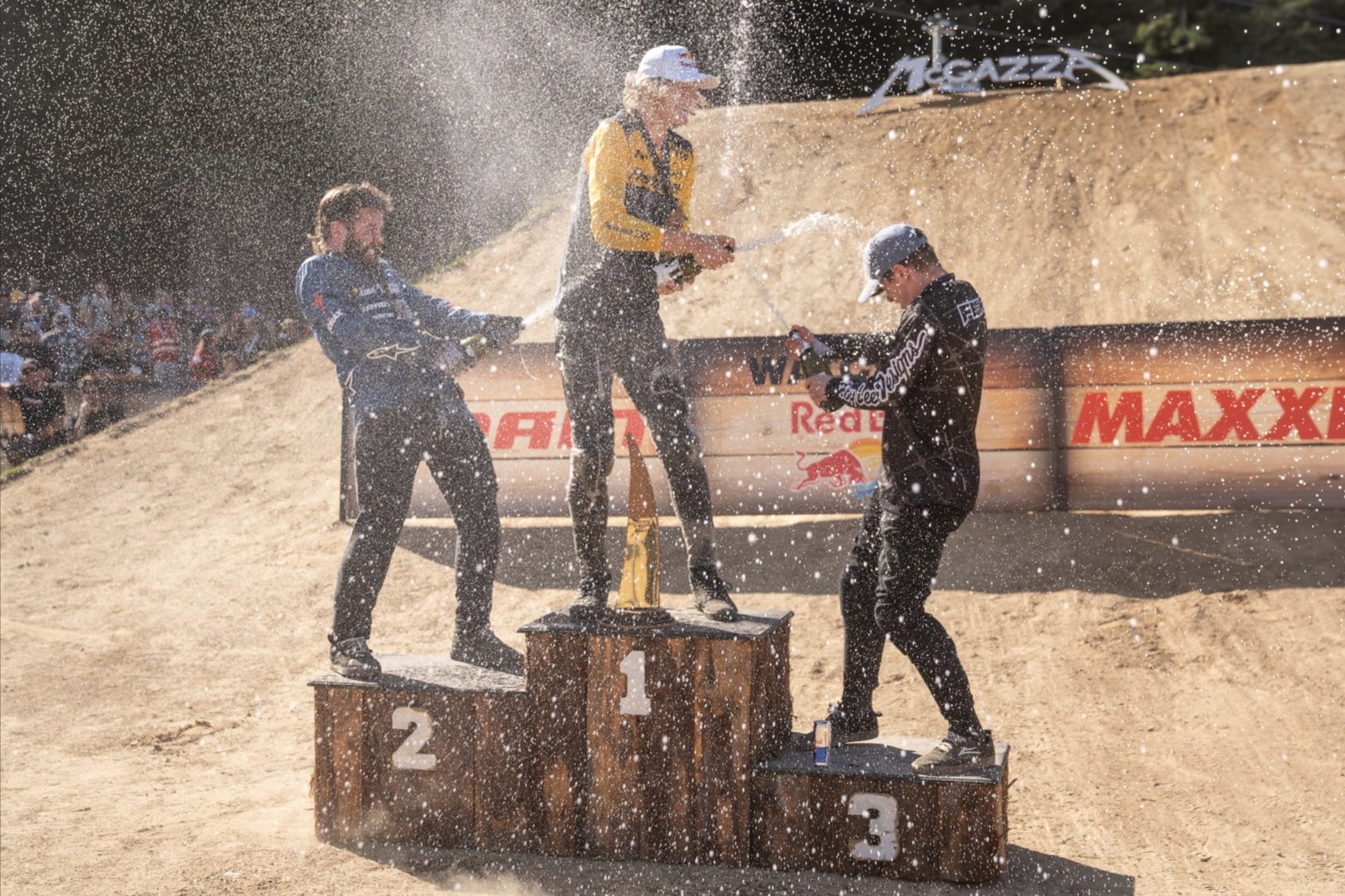 Additionally, Johansson sets himself up as the only rider eligible in 2020 to win the elusive Triple Crown of Slopestyle prize, on offer to any rider who can win all SWC contests in a season.