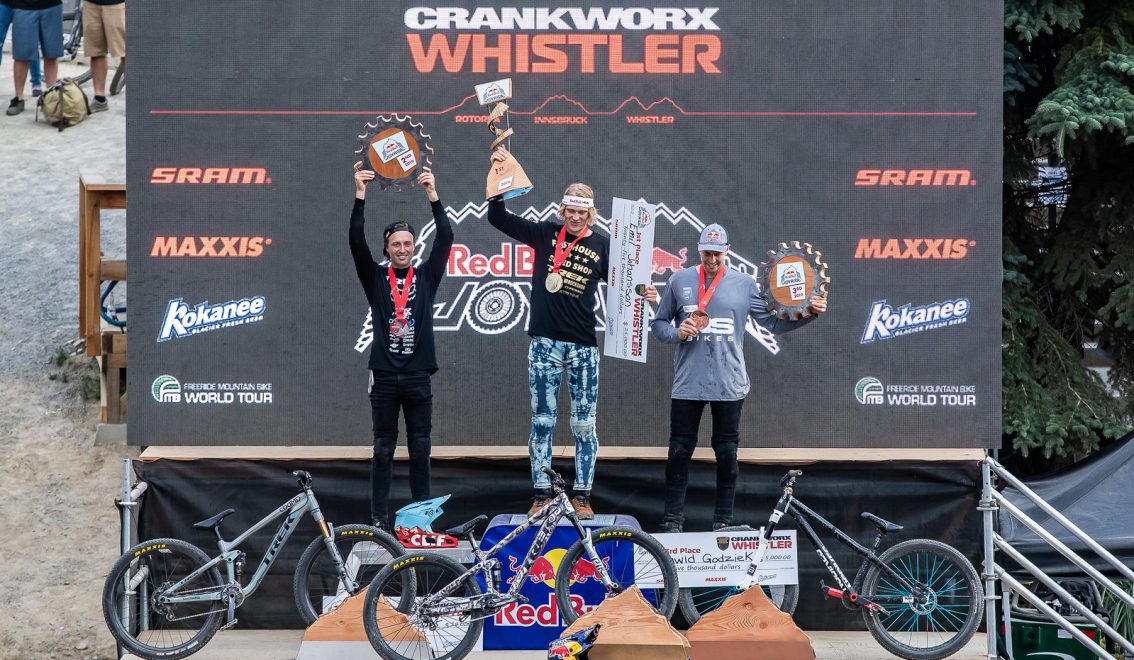 WHISTLER, B.C. August 17, 2019 – In what might have been one of the most emotional moments in Slopestyle mountain bike history, Emil Johansson (SWE) stepped up to the top of the podium today at the biggest contest is the discipline, Red Bull Joyride at Crankworx Whistler.

“Honestly, I can’t,” he said of trying to put his feelings to words, his voice shaking as he fought back tears. “It’s been rough. If you had told me two years ago, when stuff was really rough, that this day was going to happen, I probably wouldn’t have believed you.” 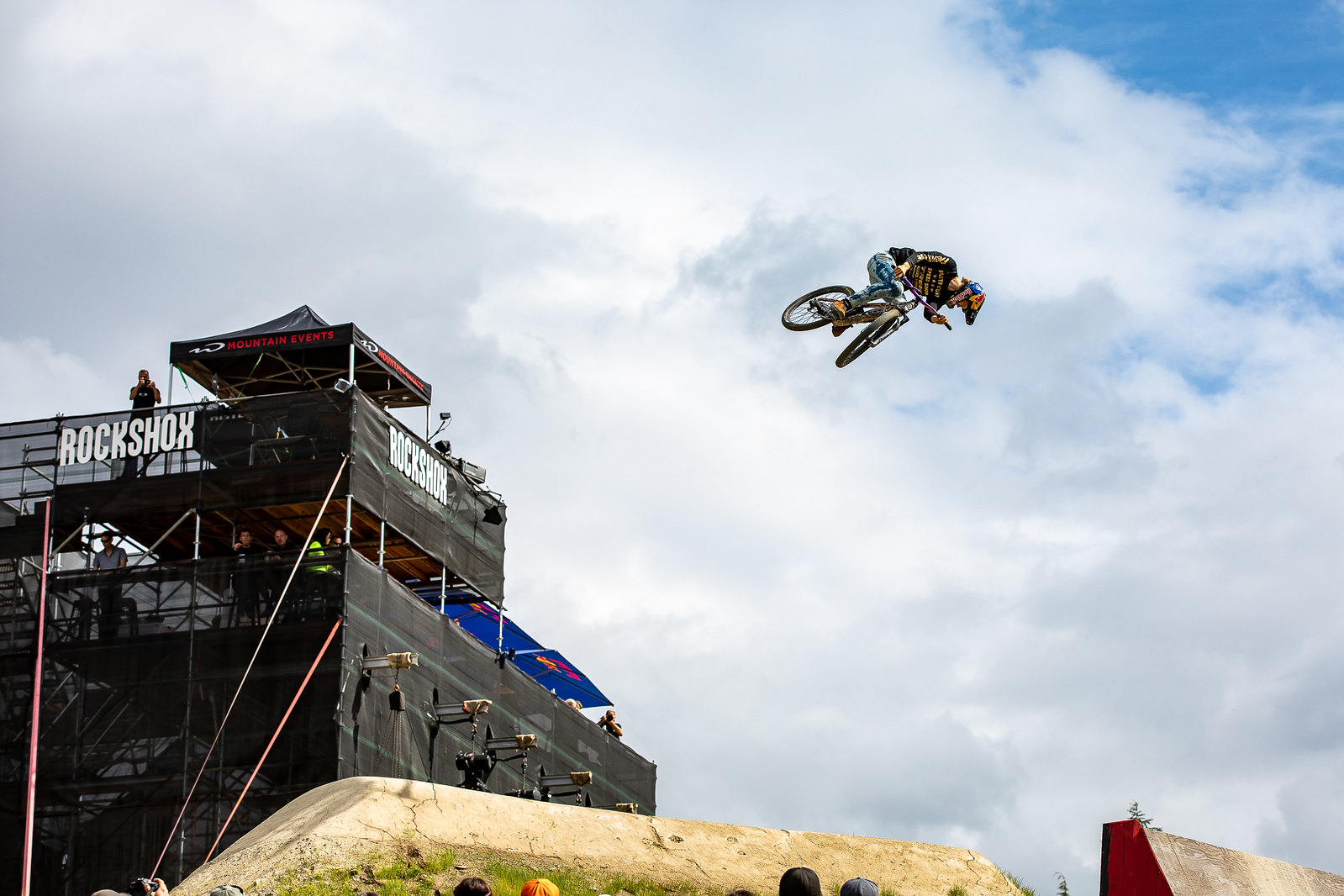 Two years ago, the 20-year-old got his first taste of Red Bull Joyride success, finishing off his breakout season with a second place finish. But soon after, the unexpected struck. He was diagnosed with an auto-immune disease, was unable to ride, and had no assurance he would be able to compete again. With some successful treatment and care, he was able to officially return to competition at Crankworx Innsbruck in June. He finished his day in second, proving to himself and the world he was back. If any doubt lingered, it was extinguished today.

“It’s a dream come true,” said the Swede, “and it just shows that all the hard work I put in paid off.”

Johansson’s winning run was his first of two for the day on a course that he described as “gnarly but fun.” Dropping in eighth amidst the pack of 14 riders, he was flawless, throwing down huge tricks like a three-whip tuck turn. 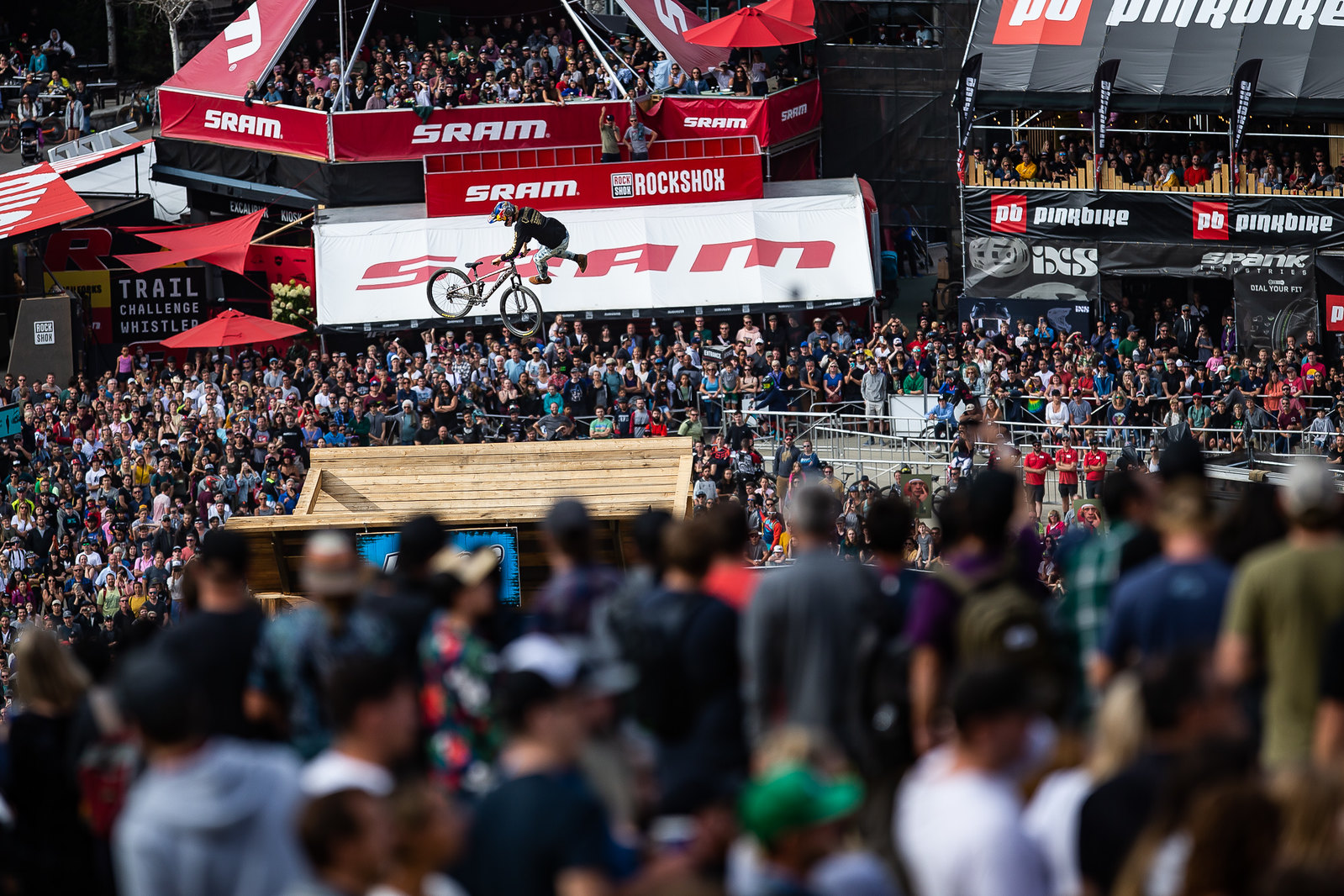 “Getting all the tricks together was really hard,” he said of his 95.75 scoring run. “I was standing on top before my second run and I was so nervous. If anyone would have beat my run I would have needed to improve my run I already did, and I don’t even know if I could get all these combos in a row again, since it was so hard to get them all together.”

His score would remain unbeaten, and he was able to take his second run as a victory lap.

After Johansson and his family, who tearfully greeted him before the podium, probably the next most excited person for him was the man who came in second.

“To see Emil be up in first place – one of my biggest competitors, and my friend – to see him up at the top of the podium so early in his career, that’s so awesome for him,” said Brett Rheeder (CAN). “It’s good for the sport and it’s good for him and it’s good for our mutual sponsors. So I’m pretty happy.”

On top of his happiness for his friend, the Canadian said he was happy with how his day rolled out.

“I’m normally not stoked on coming in second but, man, I was going to do a run that was far less than what I did,” said Rheeder of his second run. He stumbled on his first and was sitting in 10th heading into the second runs. “It was five minutes before my run I changed my mind. At least 50% of the tricks I did on course I didn’t practice at all. So I was scared. I didn’t practice them and I didn’t know if they were going to work.”

Wind had hampered practice, limiting the time riders had on the course before finals. “Five minutes before the run, I decided. Everyone was sending it and landing their runs and it stoked me. I was just like ‘I’m here, right now, and I’ve come all this way. The Triple Crown is there. It takes a year to get, and I’ve already been in this position. If there’s any time to just buck up and try to get a good run, it’s right now.’ And I just went for it.”

Rheeder threw down a flawless second run, bringing in the loudest cheers of the day from the 30,000+ crowd that descended on Whistler to watch it all go down. He would score a 94.5, just shy of first.

The Canadian, a 10-year veteran of the sport, came into the contest with the weight of the mountain bike world on his shoulders. The 26-year-old was undefeated coming in to Whistler, and was on track to take the Triple Crown of Slopestyle, a prize awarded to a rider who can win all three Slopestyle events at Crankworx in a season.

And while the Triple Crown evaded him this year, Rheeder does walk away with the overall Crankworx FMBA Slopestyle World Championship title from the points he amassed over the course of the season. This is the fourth time he’s won the Crankworx overall.

In third place, a rider who blasted onto the scene in Innsbruck. Dawid Godziek (POL) crossed over from the BMX worls to Slopestyle mountain biking without missing a beat. He came third at Crankworx’s Austrian stop, and pulled off the same today with a 91.75.

“It feels incredible. I would never have thought I could come here and make it on the podium. It’s a crazy feeling.” 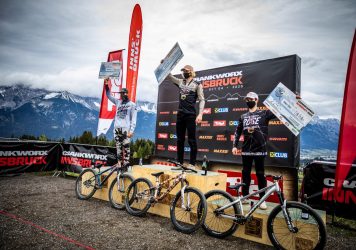 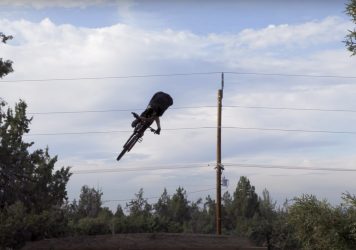 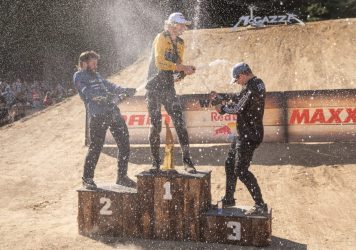