The most critical component of any eBike is the power system. Shimano and other drive train makers have been silent in recent years with the only motor development being carried out by other companies who have more experience in the world of motors. Shimano announced their Steps E-bike system in May at the Riva Del Garda bike festival. We were able to recently take it out on the trail to test Shimano’s first efforts. 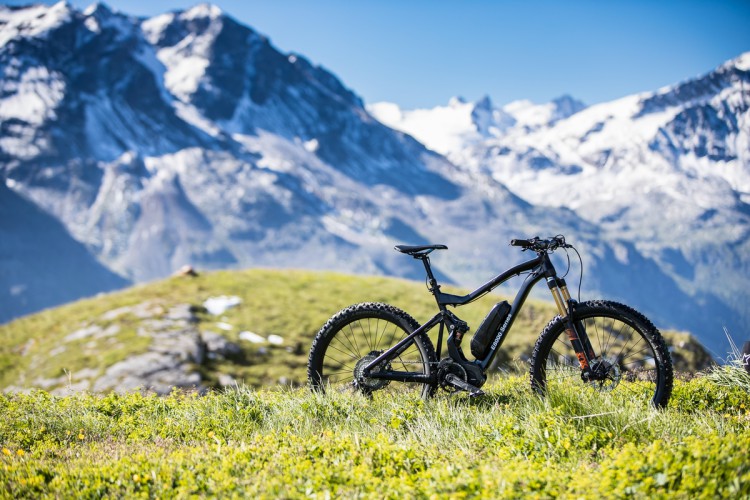 – Driving force is transmitted through a dedicated chainring including crank arms (FC-E8050/E8000) and a 34T or 38T chain ring (SM-CRE80-B/CRE80), which comes with an optional chain retention device (SM-CDE80).

– The system is controlled through a sleek bar-mounted cycle computer (SC-E8000) and a FIREBOLT switch unit for assistance control (SW-E8000-L), along with a speed sensor set (SM-DUE10) for the rear wheel.

– The remaining components of the drivetrain can be supplied from Shimano’s Di2 MTB components (XTR/XT) or mechanical 10 and 11 speed drivetrains.

– The new SHIMANO STEPS MTB system can communicate via Bluetooth with the E-TUBE software platform allowing you to change settings and customize your set-up via computers, tablets or smartphones.

– System provides a Q-factor (ie the distance between the outer edges of the crankset) in line with DEORE XT cranks, helping to retain a natural feeling.

– Power unit is controlled intuitively by a left-hand power mode switch with three settings (Eco, Trail and Boost) for different types of terrain.

On The Trail Experience

Bike Control – Our time on the E8000 system highlighted a few key points when riding that were related directly to the Shimano system. The bike felt more nimble and could be moved around more easily, due to the reduced weight of the motor. Secondly this easy maneuverability comes about from the rear chain stay length being closer to normal mountain bikes. When plus tyres are added to the mix it is possible to easily put the bike anywhere you’d like. The slightly reduced weight in combination with the shorter stays is noticeable enough that we were able to feel our cornering was marginally improved compared to other recent eBike systems we have tried.

Interface Operation – Shimano have gone for a shifter style operation of their E8000 motor. Two things are clear about this decision, first off there is no unusual large button on the bars and second the shifter style power control is such that it becomes a natural part of riding and the rider can use it like a front derailleur. Being positioned under the bar also means that it’s more resistant to knocks and bangs.

The system integrates seamlessly with the Di2 electronic shifting means that it utilized only one discreet, shared power display. The system feels more natural for an average mountain bike rider and operation is simple. Turning on and off was easy and the walk mode is simple, just hold the left shifter for a bit. The system is also programmable through the blue-tooth app which means that there are many ways to customize it up according to rider preference.

Ride Power Feel – The Shimano E8000 feels immediately natural for the rider as soon as you start pedaling. Power control is really smooth with no sudden surges. The support the motor gives feels like it compliments rider inputs and it doesn’t feel like you are being pulled up the hill. Power modes are significantly different from one other, but we spent most of our time in full power mode. The use of a normal size chainring gave us a good connection to the bike, and also means designers can design a rear end without any major compromises.

The best way of describing our experience for a first ride is that is did not interfere with our ride. When used in combination with the Di2 shifting it felt like the bike was almost automatic in operation but in a good way. 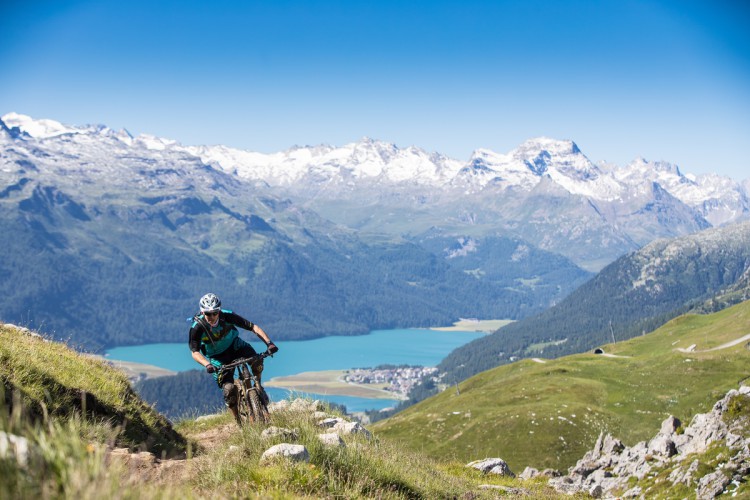 Shimano has entered the market in strong position with their Steps E8000 system. Our first ride only scratched the surface, regarding an overall opinion. The market needed another competitor and the level of integration and natural feel that Shimano has brought to the table for a first effort will only further improve the motor systems for those looking for an eBike. Hopefully we will have a long term test unit to further explore how well it functions in everyday use.