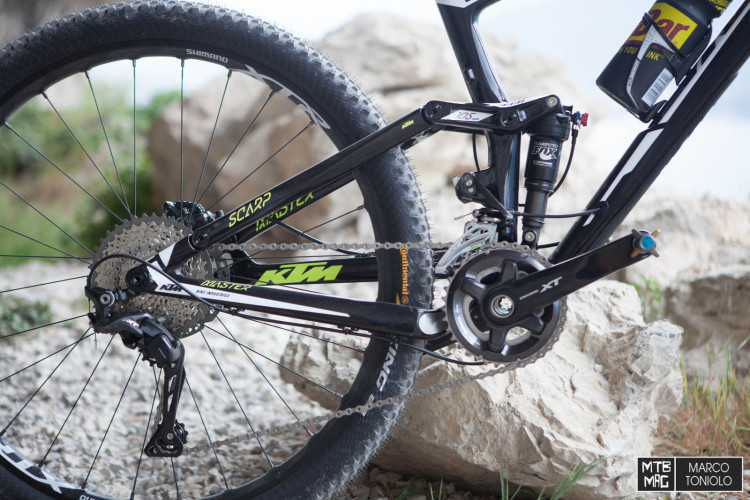 During the Garda Festival we had the chance to ride the new Shimano XT for the first time. It was publicly unveiled two weeks ago at the Sea Otter Classic. After our previous XTR test, it was quite interesting trying to spot the differences between the two groupsets, but be sure we’ll go more in depth once we will build the new XT on one of our test bikes. 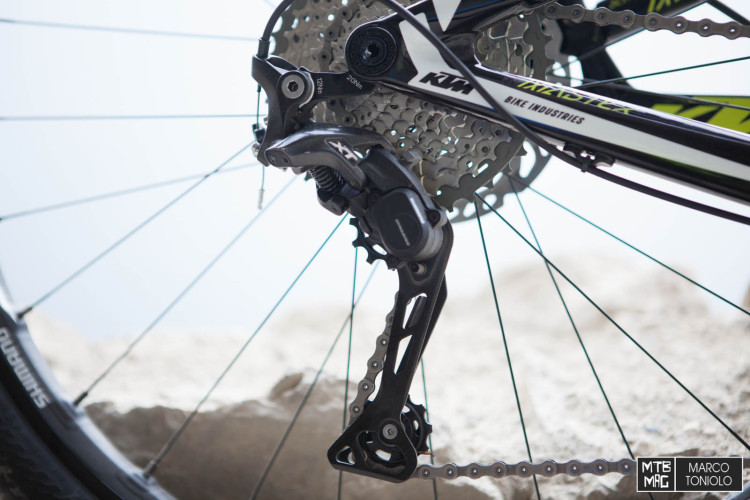 We have been riding a double chainring with a 11-40T cassette. The 42T cassette will be available for the single chainring only.

The shifting is precise and fast, very similar to the XTR: the technology is the same, the biggest differences between the two drivetrains can be found in the materials used. The XT is slightly heavier, but at the same time cheaper.

Under tension the rear derailleur works very well, fulfilling the expectations of all the riders that don’t look at every gram, but focus on function. 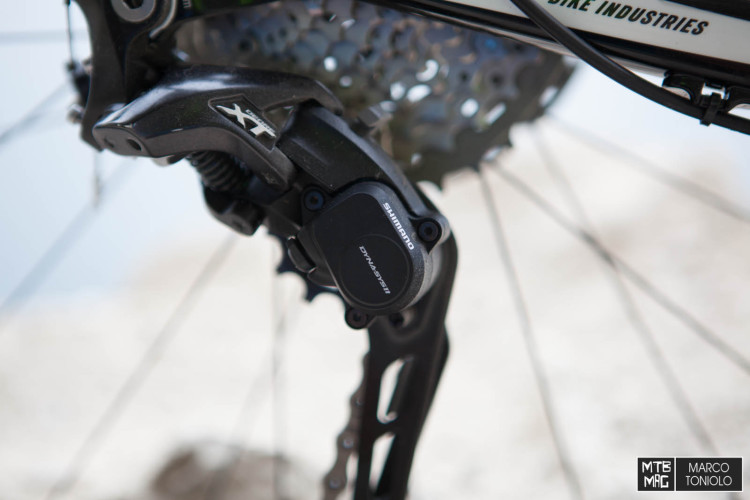 Also the XT has a clutch system that tensions the chain so that it does not fall off. When the clutch is engaged the shifting becomes a little bit harder, but this does not affect its functionality. You will just need to put slightly more effort into your shifts. 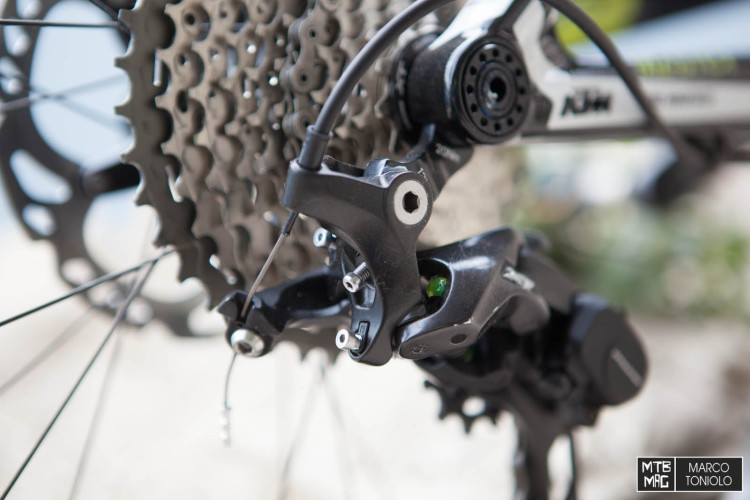 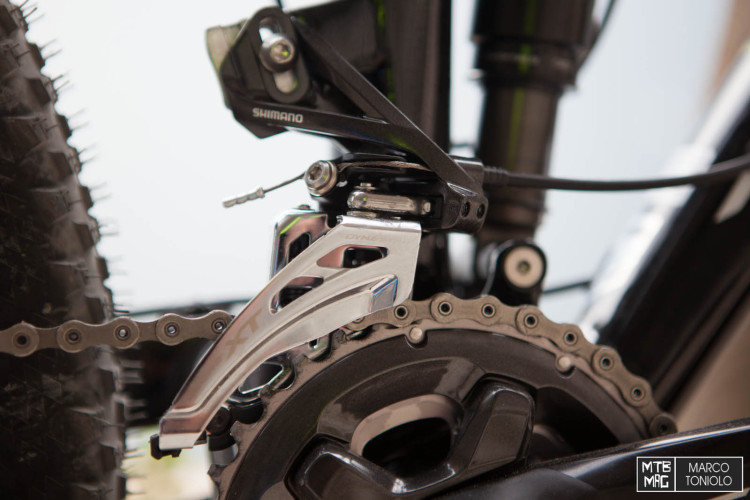 I have to admit it, I haven’t been using a double chainring very often since XX1 hit the market nearly three years ago, but I can understand that some riders, under specific circumstances, do prefer a 2x. Well, the new Shimano XT front derailleur is very fluid and precise, and pretty fast relative to what I remember of the front derailleurs from the past – this applies in both shifting directions.

Still, you’ll have to put less power on the pedals when shifting between the chainrings, and this is one of the reasons I love the 1x so much. 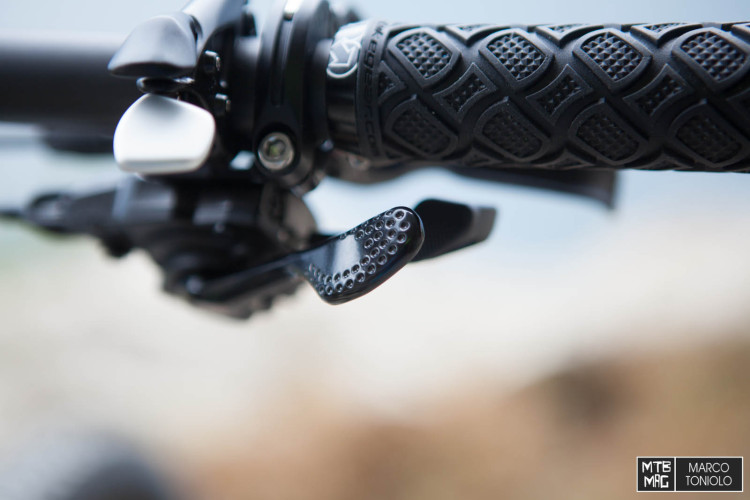 The lever ergonomics come directly from XTR, and I like the 2 way multi release mechanism on these levers work, because it gives me the freedom to choose with which finger I shift with. This is a useful characteristic on rougher trails, allowing better grip as you don’t have to take the thumb off of the bar to shift. 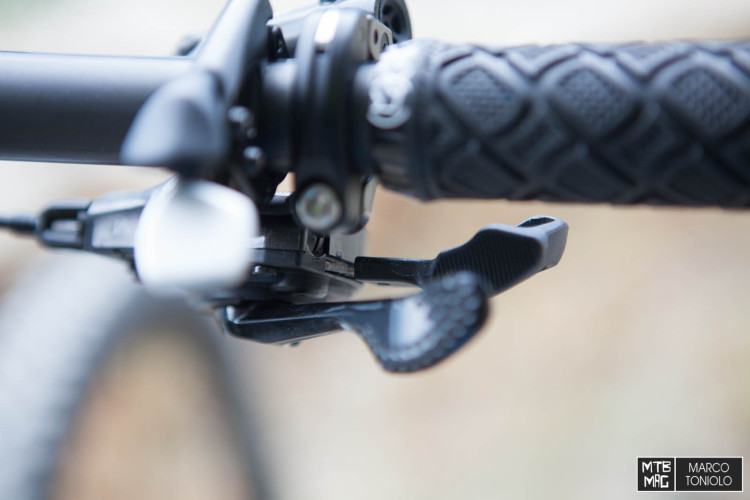 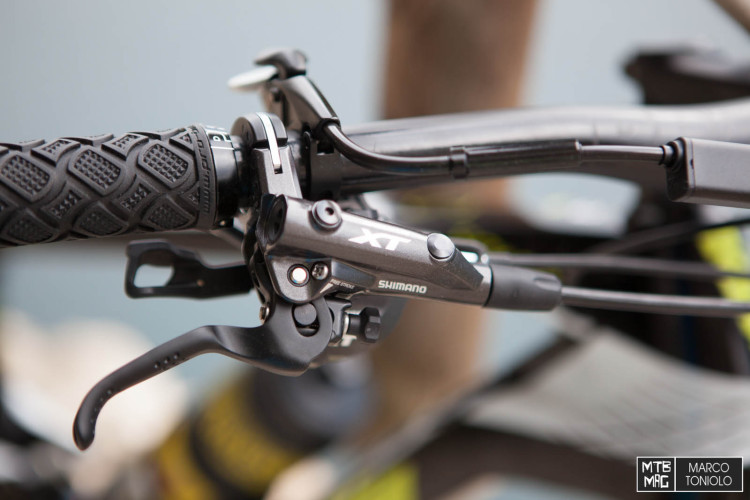 For years, the Shimano XT brakes have been the market standard, even more so than the XTR, whose Race version are a little bit soft at the beginning of the stroke because of their ultralight caliper. 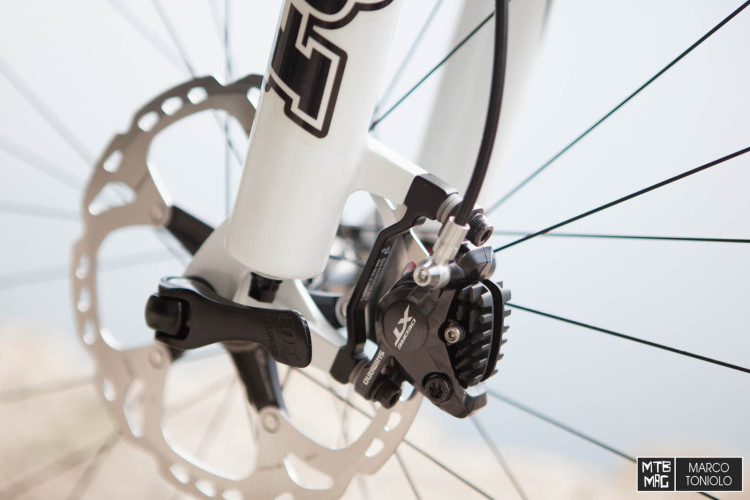 The new XT brakes remain the same in regards to braking power. The 2015 model however has gotten rid of the brutal “On-Off” feeling, and proved to modulate better than their predecessor due to a refined Servo Wave lever. Sure, we have to ride them longer to see how this affects their functionality during long and technical downhills, but today I had the feeling that with a 180mm rotor up front you could ride nearly every kind of trail. 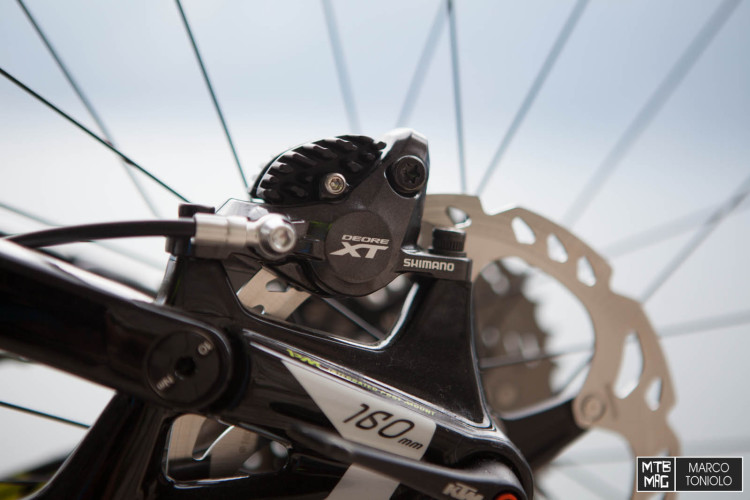 After this first ride it looks like Shimano continued in its long tradition of producing a groupset that has nearly the same functionality of its top of the line product – XTR, but at a more affordable price and with a little bit more weight. We will keep you posted from our long term test, after we bolt the drivetrain onto one of our test bikes. 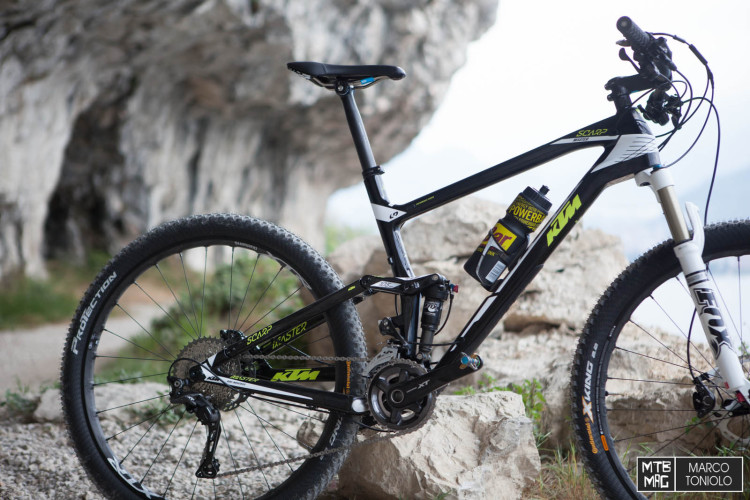 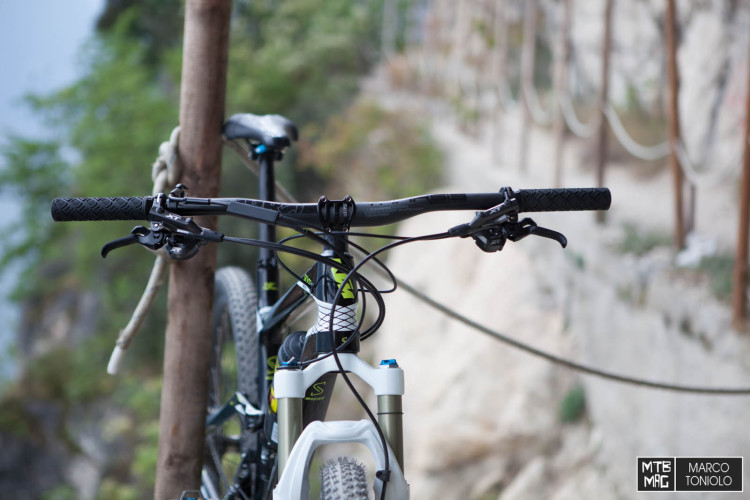