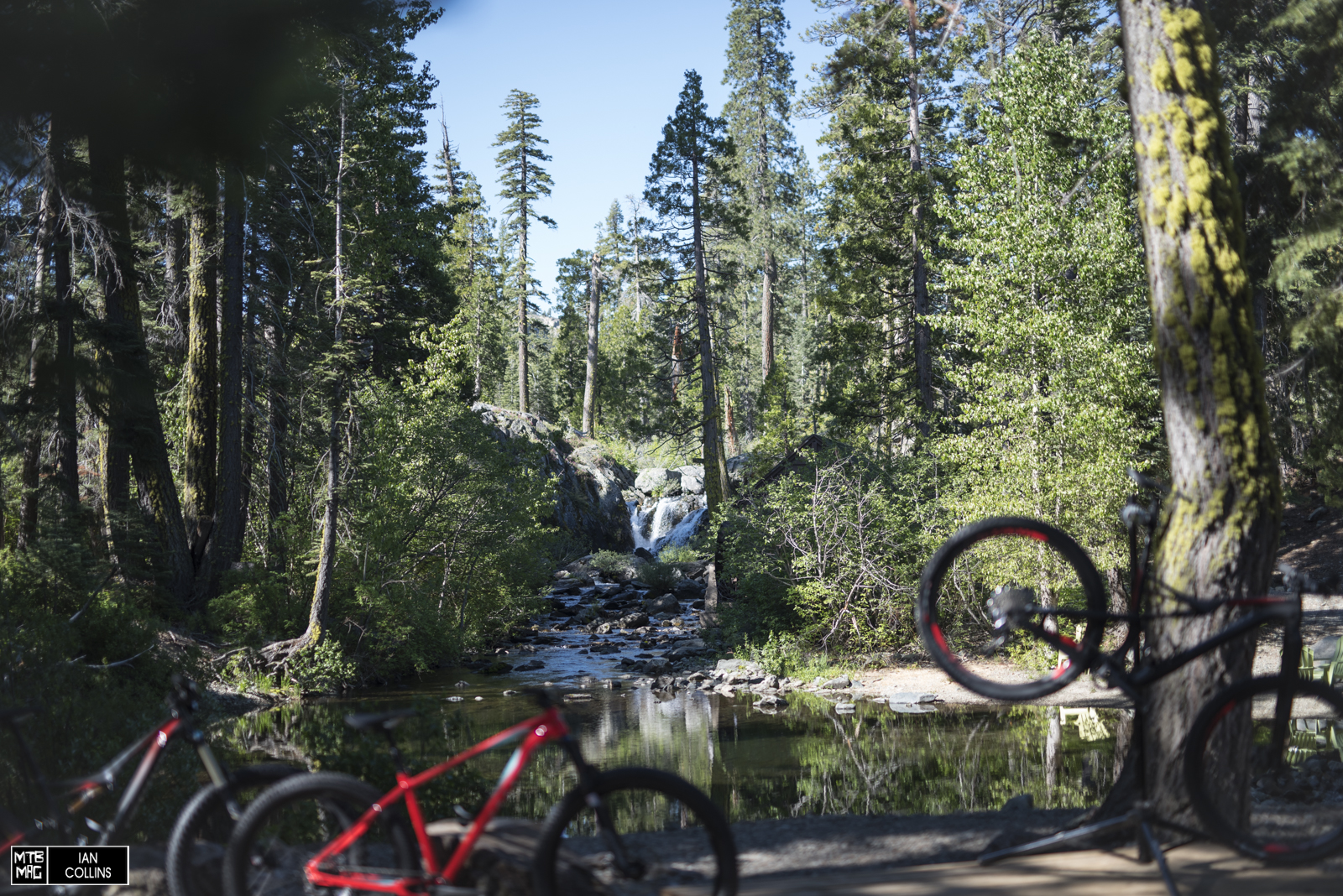 Welcome to the Gray Eagle Lodge. Nestled somewhere vaguely between Downieville and Truckee, California where the singletrack never ends and the cell phone coverage is non existent. Really, the perfect place for Specialized to launch some bold new products. Specialized MTB marketing guru Sam Benedict kicks it off by presenting some new bikes in a rather idyllic setting. While we already covered the new 2F0 Cliplite shoe, the big story is the new Camber – shown above with 650b wheels. The aggressive trail slayer has undergone a massive transformation and is also now available with both 29″(120mm travel) and 27.5″(130mm travel) wheels.

This is the short and sweet version highlighting some of the big differences between last years Camber and this years. Shorter stays, lower BB, a slacker head angle and two wheel sizes. But that’s not all…. 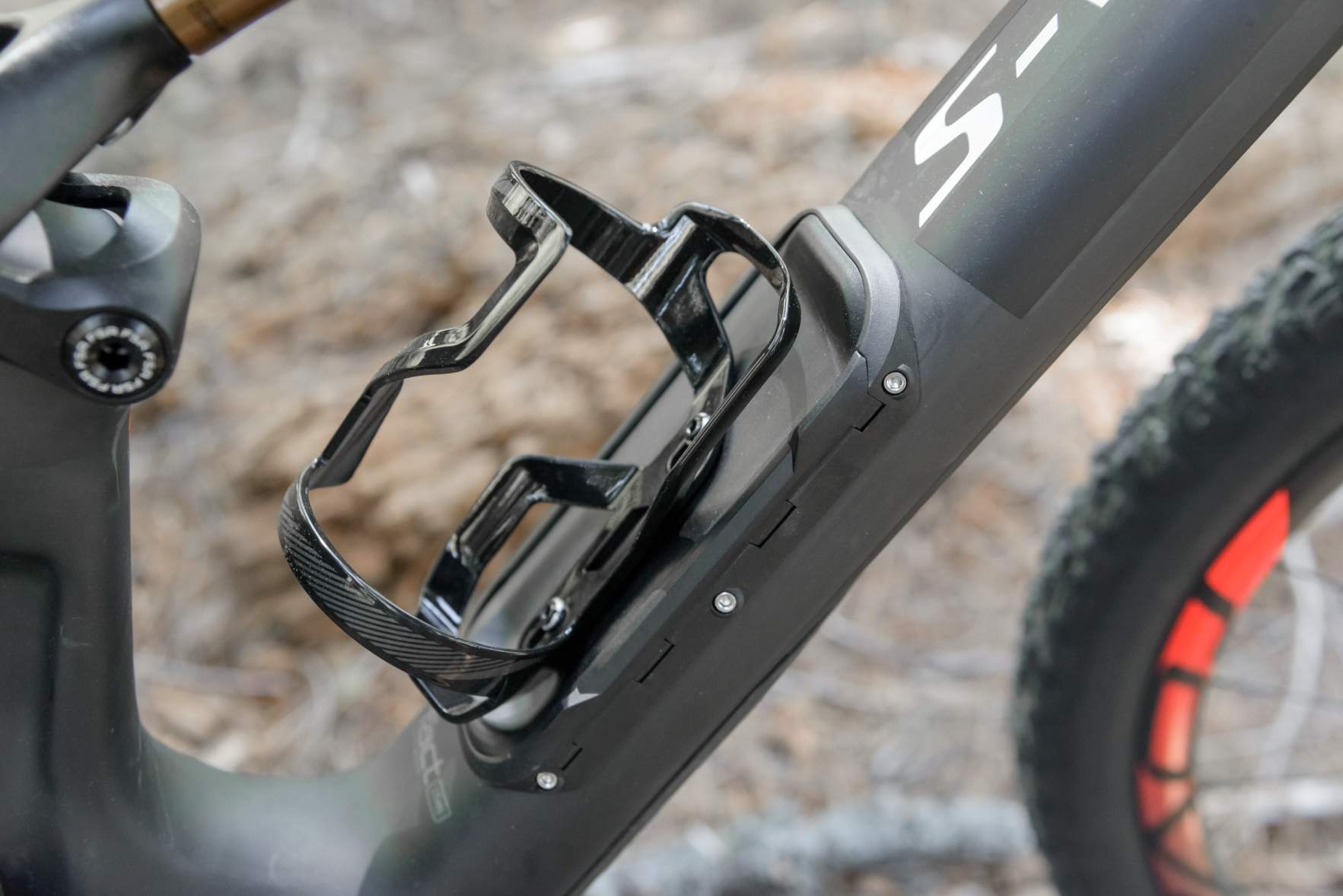 It should come as no surprise that Specialized have engineered the Camber to take advantage of a SWAT door in the downtube. Like models past, there is a compartment for a multi tool above the upper shock eyelet as well. 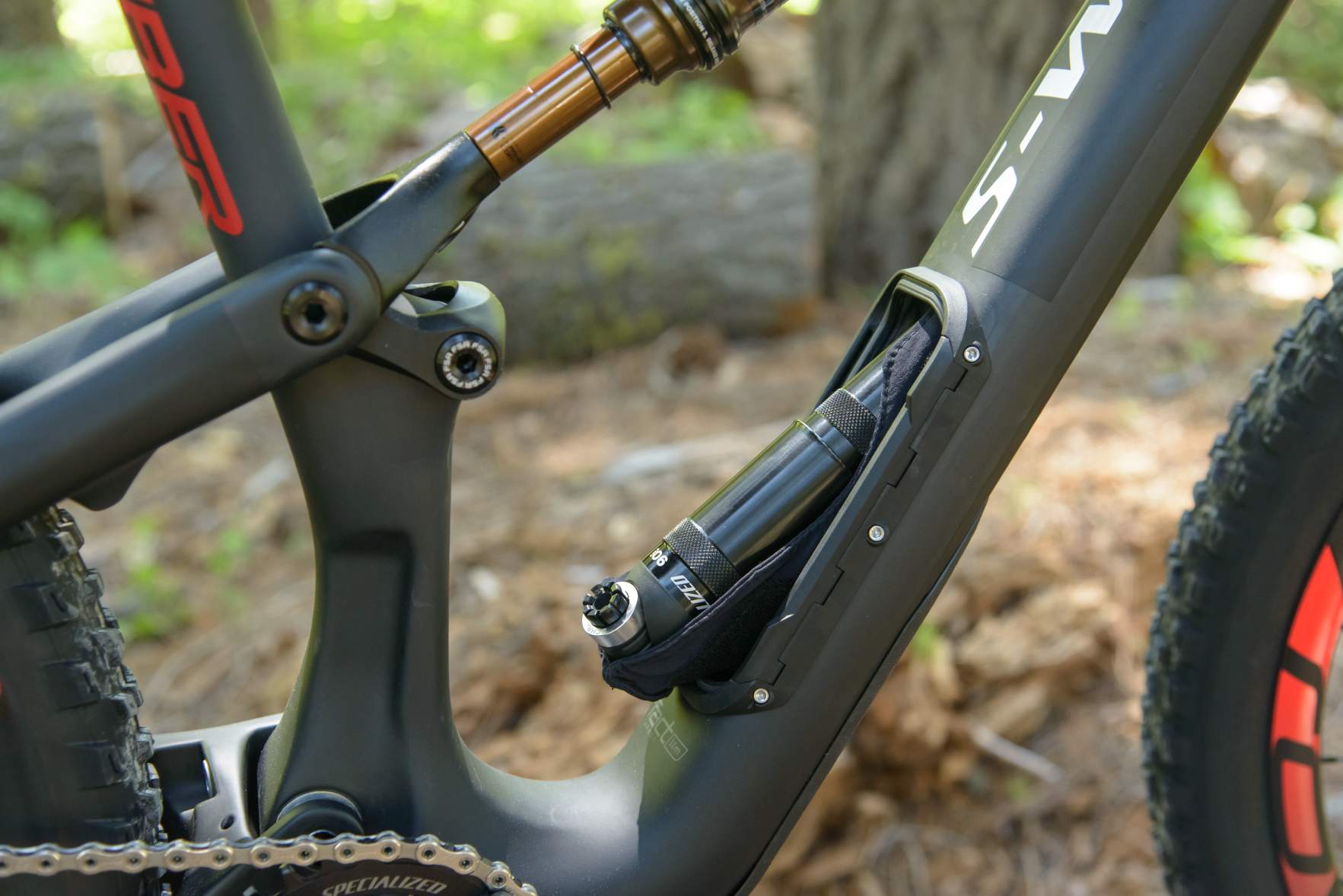 A mini pump, tube, and a windbreaker will all fit into the downtube. Want to pack more in there? Pack lighter and use a C02, plus grab one of these and say goodbye to a riding pack for all but the longest of rides. That’s not all though. The camber’s Brain shock has undergone a massive reworking. If you aren’t familiar with brain, it is basically an intuitive lockout/blowoff system. On smooth ground the bike is firm, the instant the rear wheel encounters a bump, the damping system opens up. Side note : look at how burly those chainstays are. 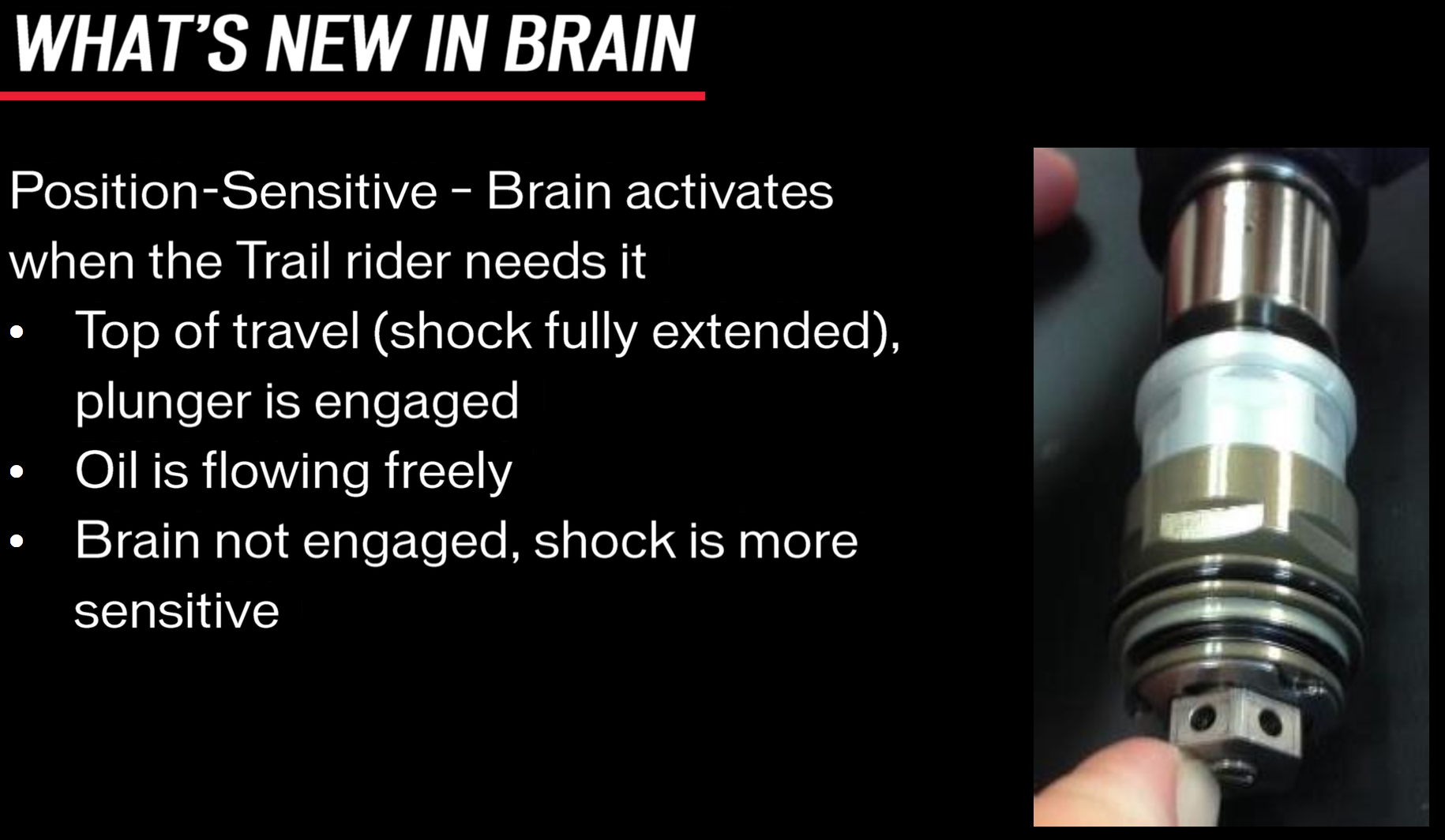 What’s new in Brain? Well – first and foremost, it’s position sensitive. The wheel travel between fully extended(read: no load) and the recommended sag point(25%) moves freely. In other words, the first 25% of the travel moves is fully active to take the edge off a bit. Once the rider loads the bike to that 25% point, Brain activates and firms up the suspension. In contrast, the old brain was basically engaged starting from the very beginning of the travel. 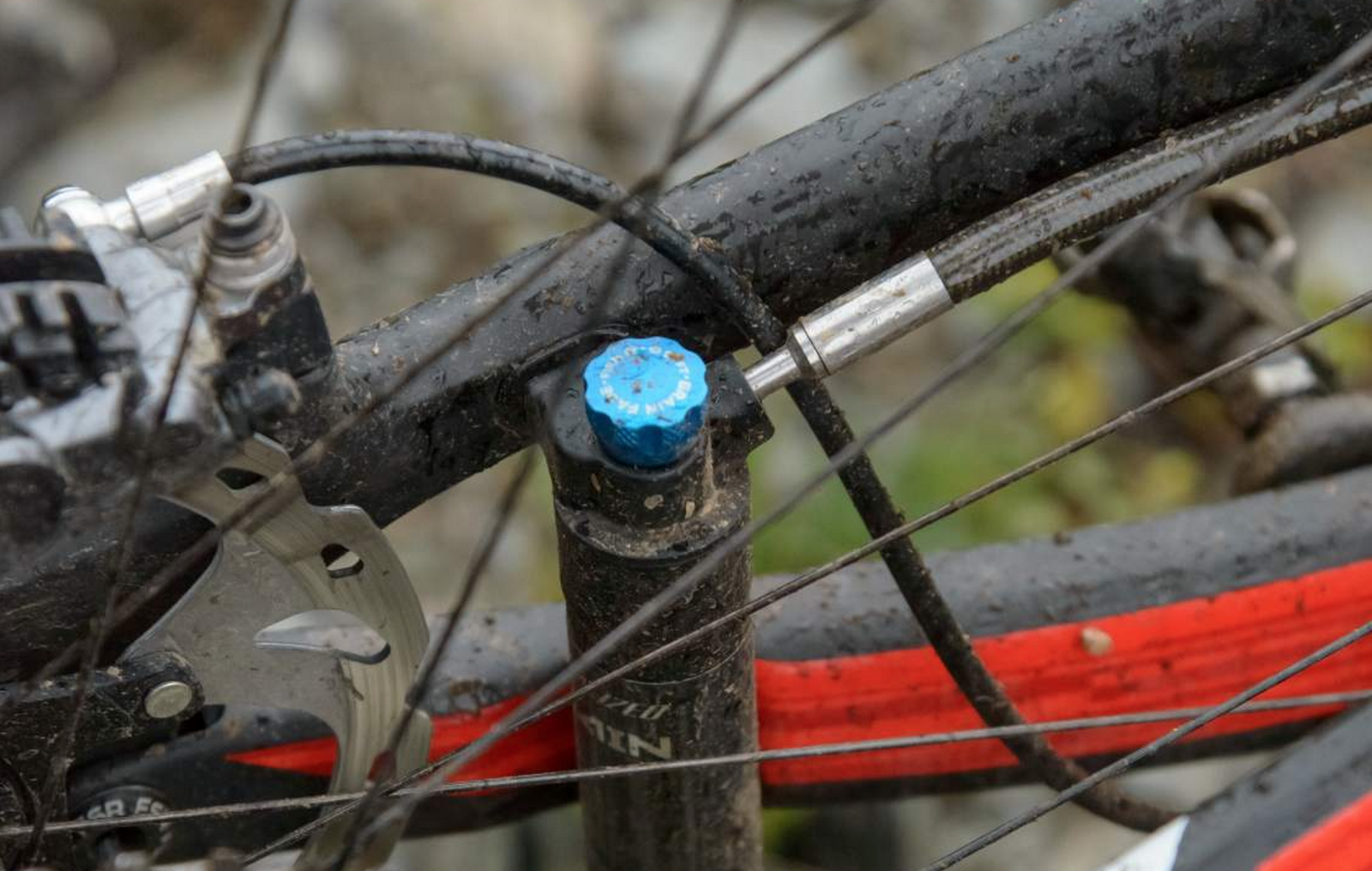 Another new feature is “Brain Fade”. By turning the easily accessible blue knob, the user can fine a bypass valve which tunes how firm or soft Brain feels on smooth ground. It doesn’t end there. Specialized also teamed up with Rock Shox to have a custom RS-1 built that features “Spike Valve”, a high speed compression circuit featured in the Brain shock that is said to minimize yaw in cornering, while providing maximum travel under high velocity impacts.

For our first day out on the trails our 6 foot tall, 180 pound rider threw a leg over a size large, 29″ wheeled Camber. Aside from throwing his own pedals on, the only change he made was to pop a 60mm stem on to get the steering a bit quicker. After a big climb up, we convened at a lookout station in the Sierras. Not a bad place to have a snack and hydrate before our big descent. After a bit of rocky singletrack, it was into the woods. Time to feel the bike out. Aside from how well the Camber climbed up, cornering was the first thing we took note of. All in all, first impressions on the geometry are 10/10. The low bottom bracket and short stays were warmly welcomed. We were genuinely surprised at how hard we could push the Camber and get loose in the turns. The slackened head angle is definitely a factor here. The few times we got loose and broke traction, it happened in a controlled fashion. This was perhaps the first time we’ve been comfortable drifting a 29″ bike…or a trail bike in general for that matter. Well mannered to say the least – while it’s the sum of the parts that make a bike, we feel the excellent cornering was in part due to the surprisingly stiff rear end. 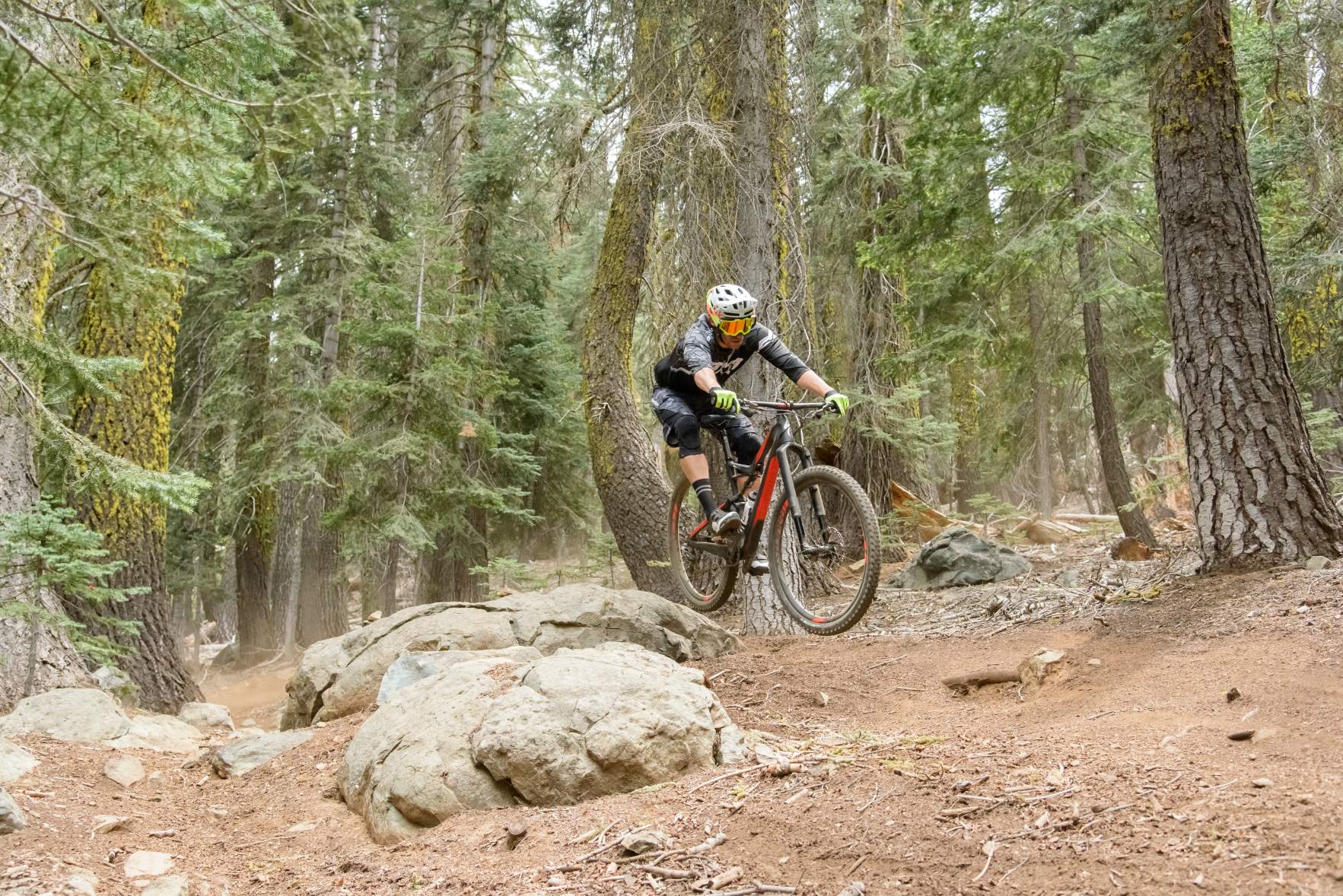 Our Camber was light on its feet and lively. With the suspension feeling so composed and settled on the climbs and flatter bits, we weren’t expecting the bike to have much pop to it. We were very wrong. Picking up and hucking over sections of rough techy bits felt too easy and completely inborn right away. When we did have to charge through the rough stuff, the bike handled it extremely well. 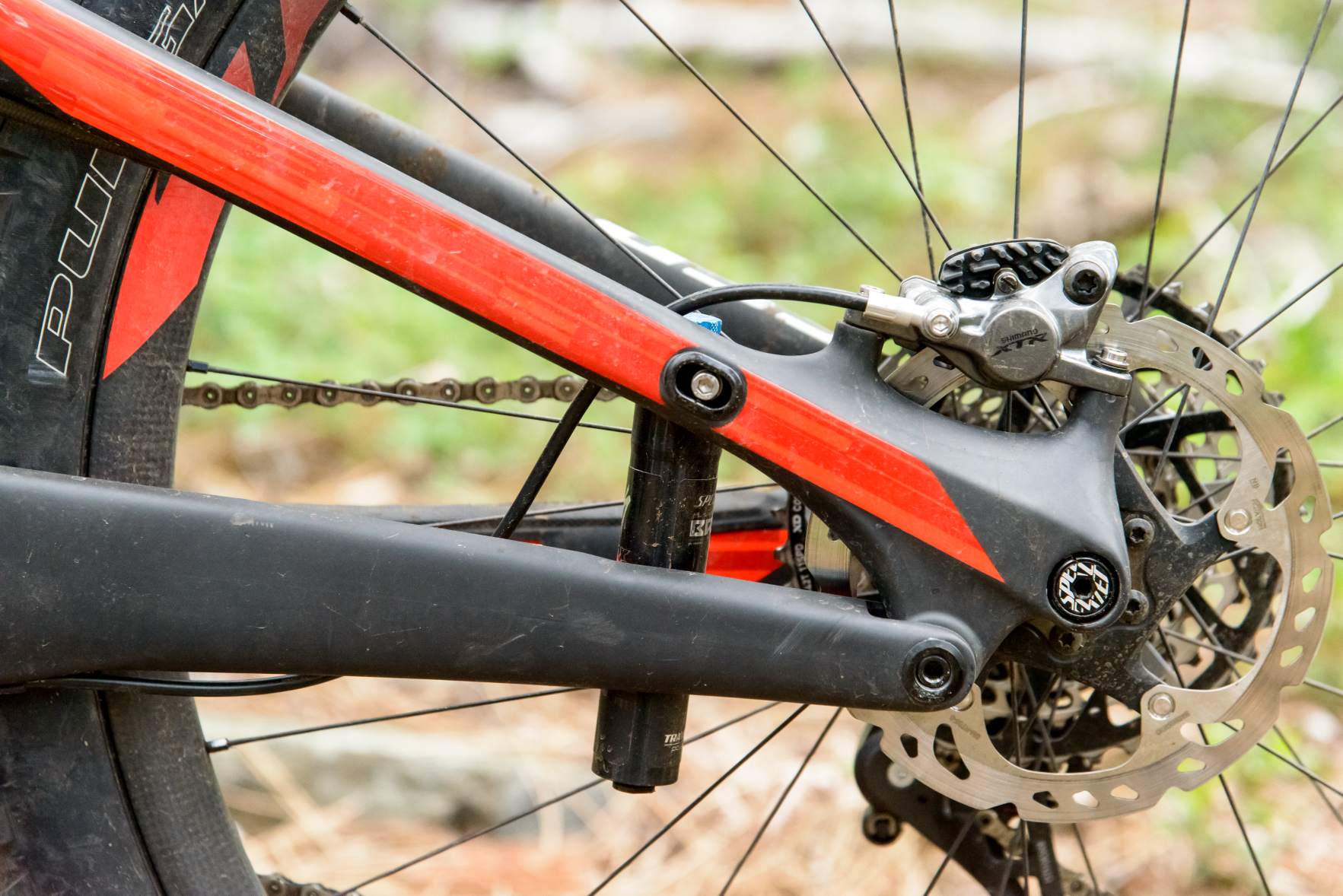 One small nuance that we noticed was that it was slightly disconcerting when we would feel the suspension hit it’s threshold where the Brain opened up. It didn’t really affect our riding, but when we mentioned it we were encouraged to open up the Brain Fade knob. For the sake of contrast we went from fully closed to fully open. After that, we no longer felt that resistance and the suspension felt a bit more plush with a slightly less firm platform to push off of under heavy pedaling. Looking back, the Camber is steeped in racing. The 2015 Brain was always on, for 2016 you have the option to dial it out. This makes the bike super versatile – best of both worlds with the turn of a knob. Three quarters of the way down the descent it began raining and hailing. Two words : Hero Dirt. A whole lot of puddles and bad visibility, but none of us complained as the conditions were as good as it gets. At the bottom we had some delicious packed lunches waiting. Quiet, happy journalists stuffing their faces.

All in all, we’re super impressed with the new Camber. It’s a world class, all day bike with aggressive geometry, cutting edge suspension and construction and innovations to back it all up. Time will tell and we hope to get a more comprehensive test on the Camber soon, but it packs some serious potential to be the best trail bike out there. Back at the lodge and it was story time with Uncle Ned over some beers. What a legend – shame on whoever poured his beer though…bad form.

S from MTB MAG on Vimeo.

Last but not least, here are some clips of us rallying around the Sierras with the Specialized crew. A little bit of fast flowy singletrack, some rocky tech and a whole lot of fun. We can’t wait to go back.