A few days before the Riva del Garda Bike Festival we were invited to the official presentation of the new Top Fuel, Trek’s full-suspension XC / Trail weapon. You read that right, I also entered the word “Trail”, as this is how the bike was presented. Compared to the previous version it is defined as a more versatile bike, made with more balanced geometry and a lower weight. 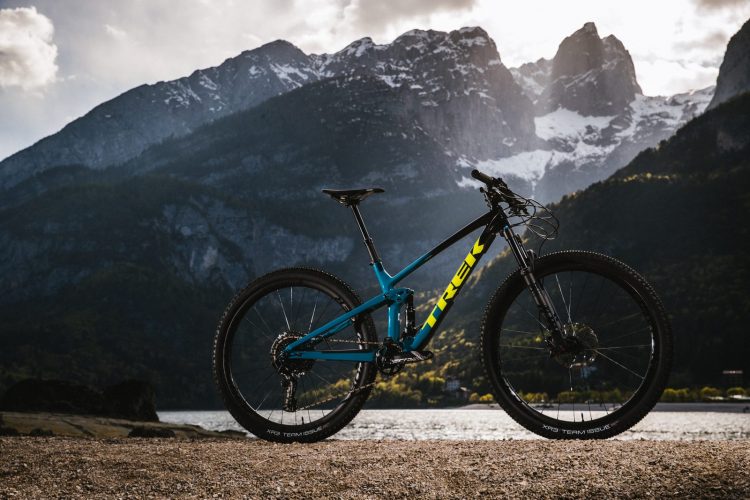 Let’s start with geometry. In the following images you can easily pick up on what the actual changes made to the frame were. It is easy to understand how they wanted to change the soul of the bike, making it a more versatile. The thing that amazed me the most was the steering angle, which went from 70 ° for the 2019 model, to 67.5 ° for the 2020 model! 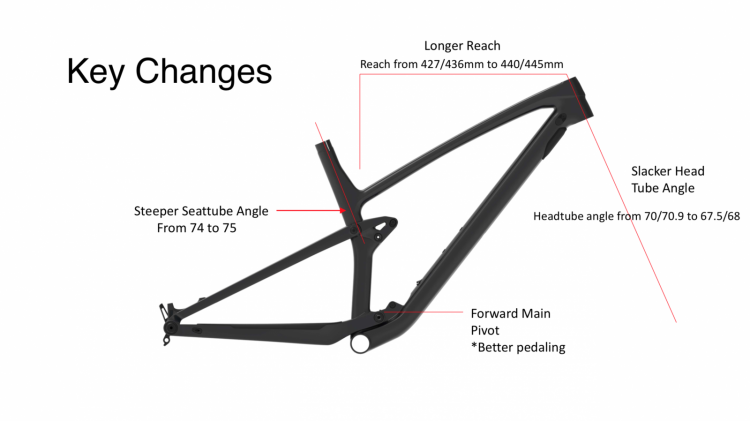 Even the suspension travel has been revised, the fork goes from 100mm up to 120mm (although it can accommodate up to 130mm of travel) while at the rear it goes from 100mm to 115mm. The fork and rear end can now accommodate tires up to 29×2.4″ and at this point there is nothing left to add except that frame is equipped to handle a dropper seat post from the outset. 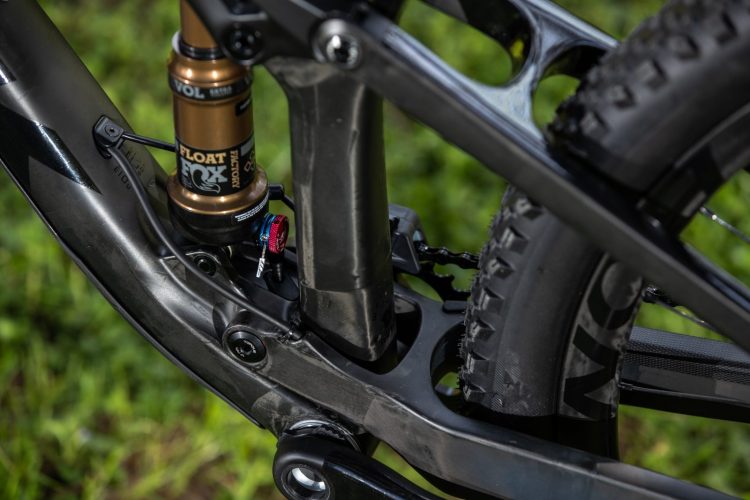 The SM size is outfitted with a 100mm dropper, 150mm for the MD size while for LG and XL it sees 170mm. The stem has been shortened and houses a 750mm wide handlebar with a 15mm rise. I certainly found it interesting that you could transform the front end from a more XC orientation to trail, simply by turning the stem upside down and switching between a 13° negative stem angle and a positive 13° angle . 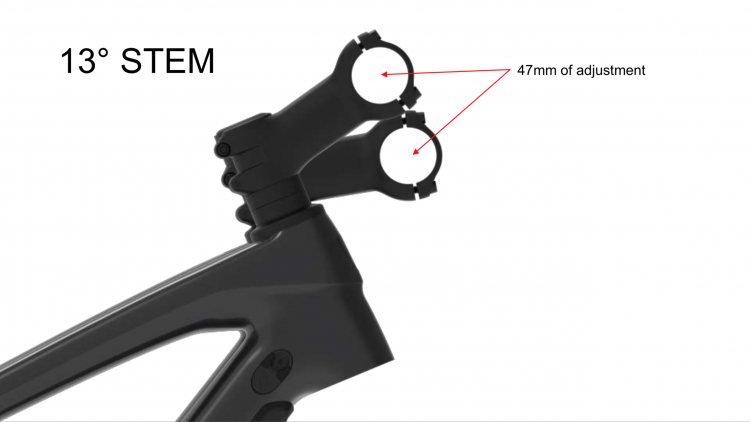 The ABP suspension system has been updated and is now more efficient in pedaling. In addition the Mino Link has been moved and now lines up with the upper shock mount, so as to make it easy to access and change between geometry settings. 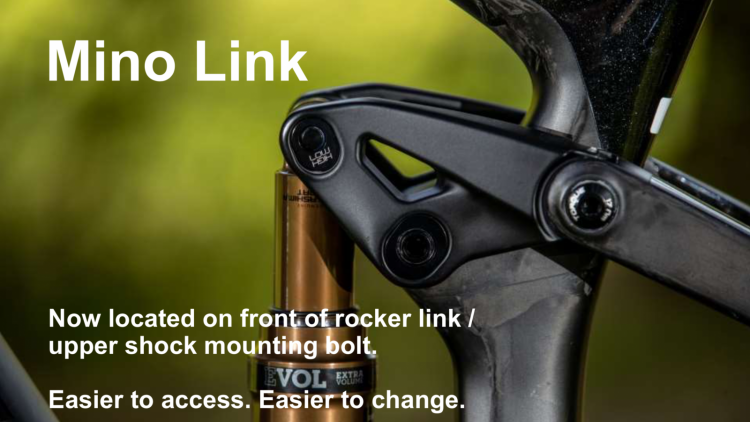 All the Top Fuels are sold with the Mino Link set to “Low” which allows you to have a more aggressive bike and leave the rider with the possibility of setting it to “High”, allowing them to have a steeper steering angle and a more vertical saddle angle for increased efficiency in more cross-country style applications.

The claimed weights seem interesting considering the use XC / Trail intended for this bike.

Here is a look at the layouts of the various models ( here you will find them in detail ). 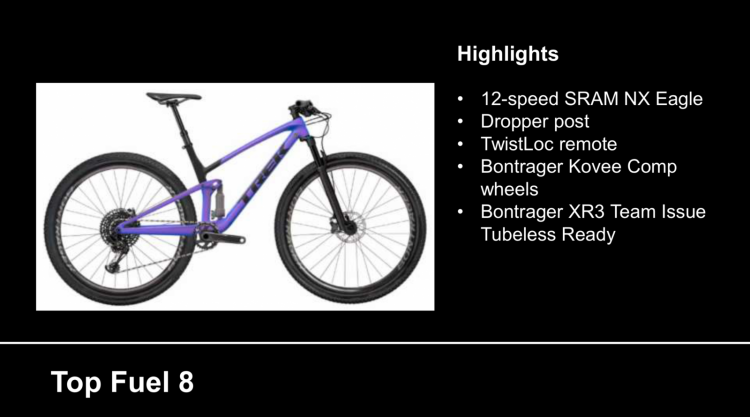 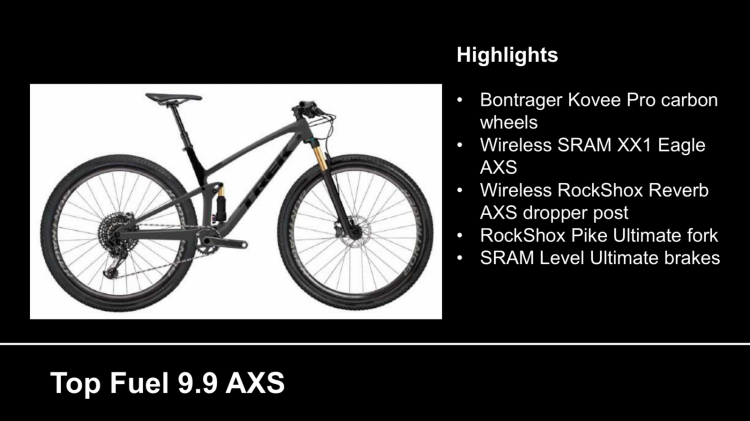 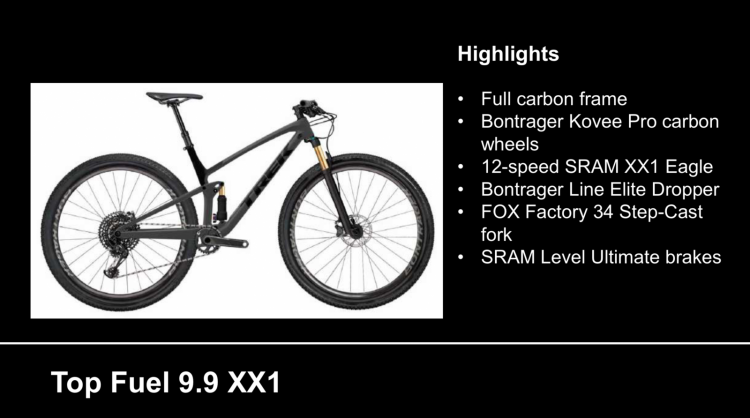 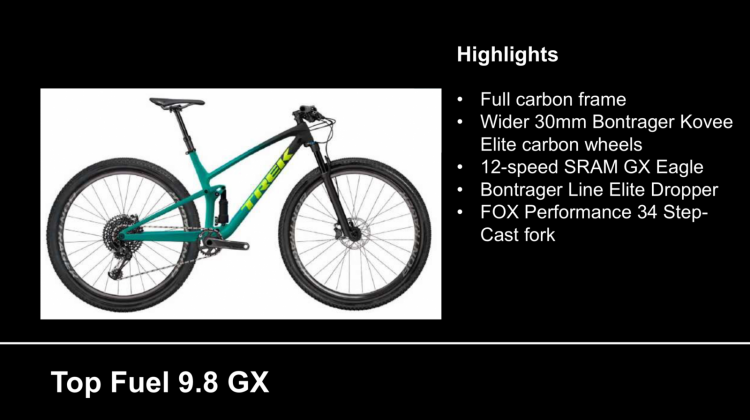 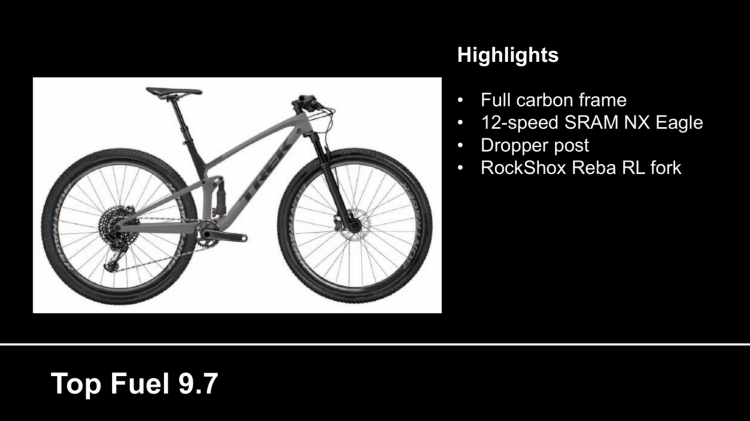 To keep us company on this tour were two icons of the XC world, Italy’s legendary Paola Pezzo and current world cup XC competitor Jolanda Neff. 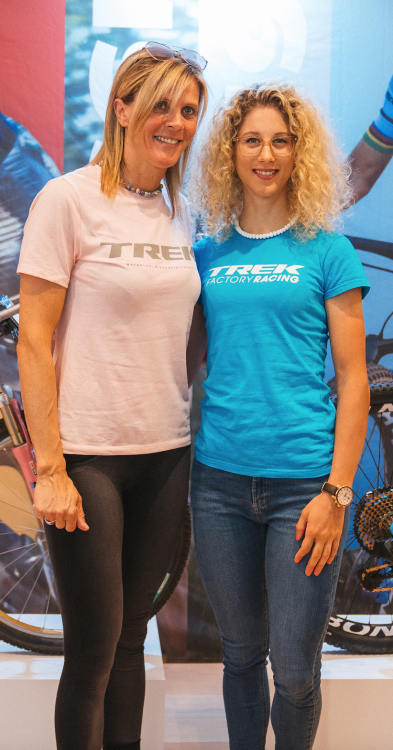 The XC lineage of the bike makes itself felt, although my setting was completely trail except for the stem which I preferred to keep at the 13º negative position, just to be able to savor both sides of this bike without going to either of its extremes. The pedaling efficiency is impressive, unsurprisingly as it has always been an XC bike. 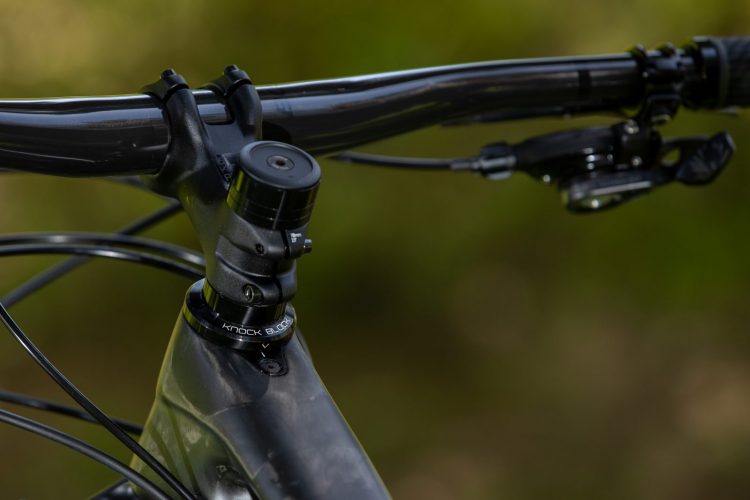 The suspension lockout allows you to have a very stiff bike at the rear and let’s you appreciate all the of the power that you put into the pedals, but the best part comes when you open it up on the single track. I first rode it on a trail full of undulations and mixed pitches, where I was stunned by the reactivity of the bike. On the few downhill sections its behavior was impeccable, a real trail bike, every rock and root on the ground was handled impressively. Despite having a short amount of travel given the pretty aggressive riding, I never got to the end of a ride with the impression that I had too little travel! At the end of the test, I still had a smile imprinted on my face, so I wondered – what I should do? I’m buying it?!? 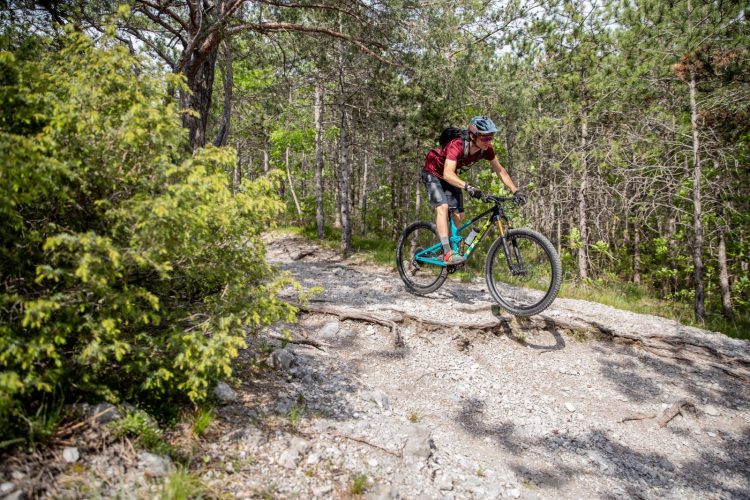 [Video] Chris Akrigg – In the Rough