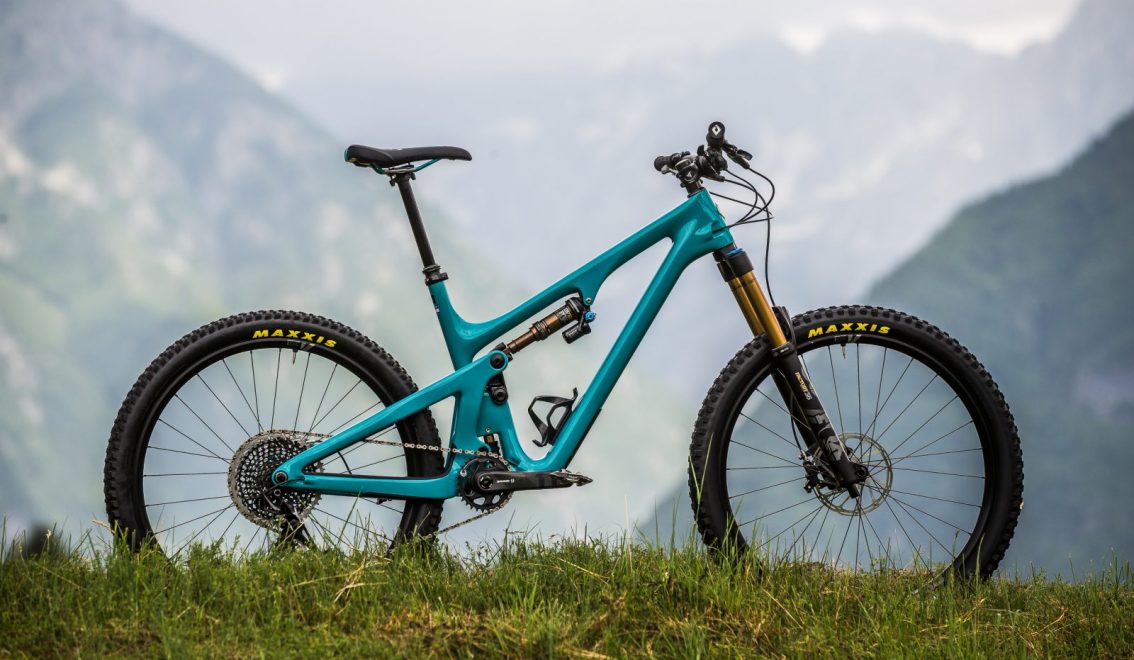 Following the release of the SB165 , it’s time to show you the new SB140, a bike with 27.5″ wheels and 140mm rear travel, paired with a 160mm fork. This is also part of the rip bikes concept, with which Yeti defines a category designed to put fun first and foremost, taking advantage of the playfulness of the smaller wheels compared to the 29″ bikes they presented last season.

In the following video the SB140 is explained in detail.

The SB140 is rather difficult to categorize. Is it a small enduro or trail bike with aggressive geometry? Let’s look at the dimensions in detail.

What Yeti calls “progressive geometry” is characterized by a very slack angle, given the amount of travel the bike offers, with a very short offset fork, and a steep seat angle. The reach figures are also quite long.

If with the SB165 I was skeptical about its uphill qualities, with the SB140 my skepticism was for the whole bike. Why wouldn’t I simply prefer a 29″ bike, such as the SB130? The big wheels climb better and they are more stable on fast sections. In one day we did two laps with the SB140 in Bovec, Slovenia, one with 600 meters of pedaling and almost 1,000 meters of descent, the other with 200m of ascent and the same descent as before. We climbed a military road to reacht a typically Alpine singletrack: rocky surfaces, tight turns, steep sections. A bit of everything you find in an all-mountain ride, even if the technical climb was absent. 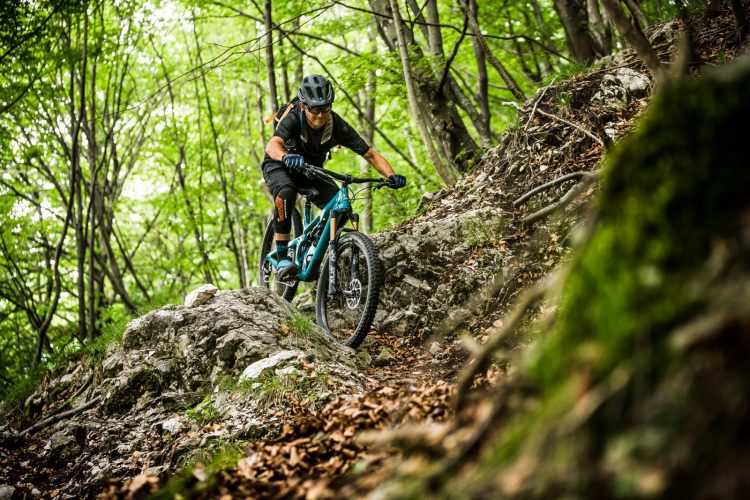 I spun all the way up with the shock completely open, being able to appreciate the neutrality of the Infinity Switch combined with the excellent riding position thanks to the very vertical seat angle. The test size was a L, my “usual” choice with Yeti. Despite the long reach I felt very comfortable.

On the downhill I really appreciated the agility of the SB140, which once again confirms how 27.5″ wheels make sense to exist for those who prefer a playful ride and love to pump the bike on obstacles in a more physical manner. Now, personally, I have no problem with turning a modern 29-inch in sharp corners, but there is no doubt that with a 27.5″ like the SB140 it’s even easier. 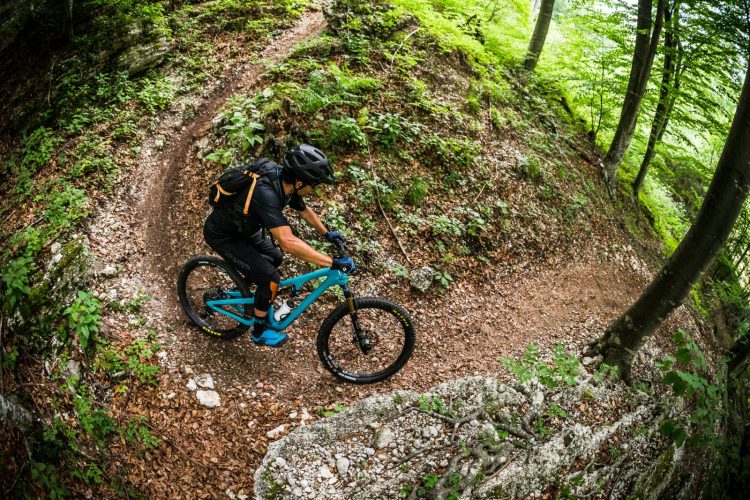 Where I noticed a lack of confidence is on the rocky technical bits and steeps. I had the feeling that the front wheel was literally swallowed up by some big limestone steps. I must also admit that during the first lap I got lost with Fox’s Tyron and ended up in a hyper-technical section where an enduro bike like the SB165 would surely have been more at ease.

The kinematics is the same as the SB165 and I’ve found it to be one of the most efficient on the market as the suspension stays high in travel and manages to absorb small bumps well. Where it changes is in the progression curve, as the SB140 is explicitly designed for air sprung rear shocks. 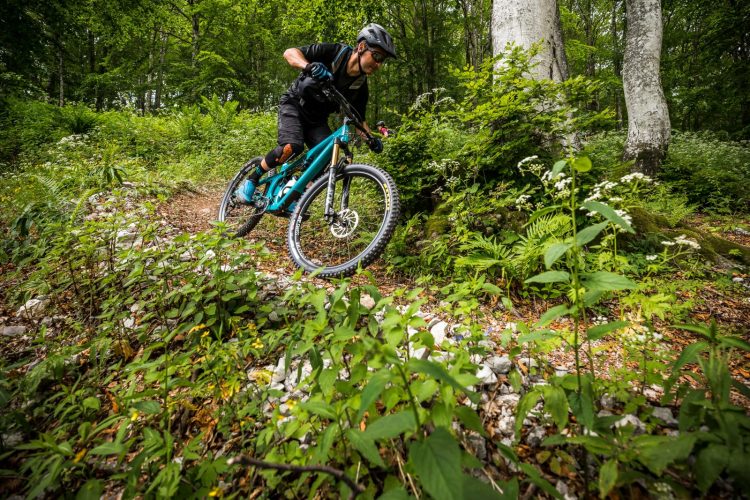 Even if the SB140 can be put in the “trail bike” category, we must not forget that its aggressive geometry still requires a well-set riding position over the front of the bike, otherwise it is easy to lose direction and control. After all, these rip bikes have been designed for the aggressive rider who prioritizes going downhill. 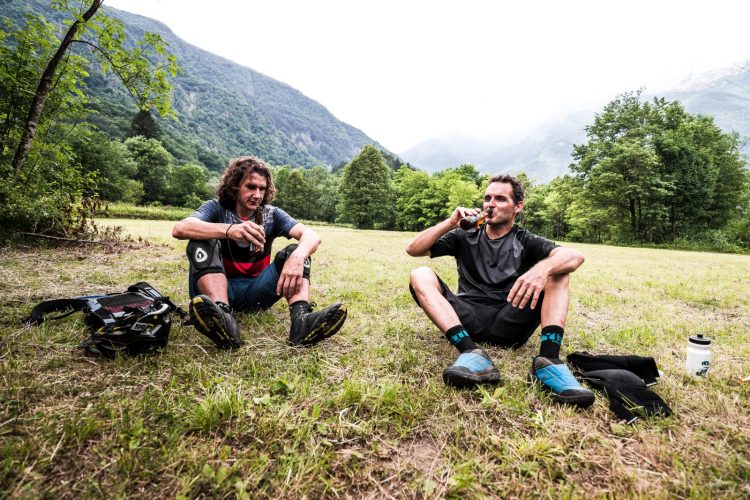 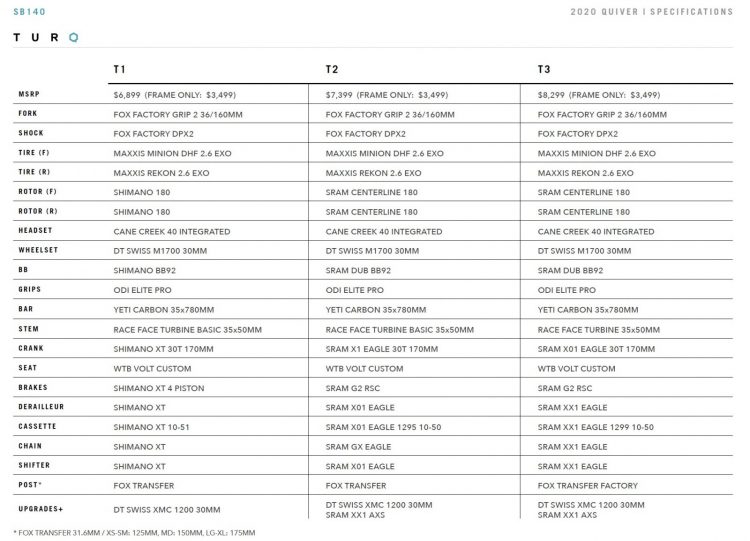 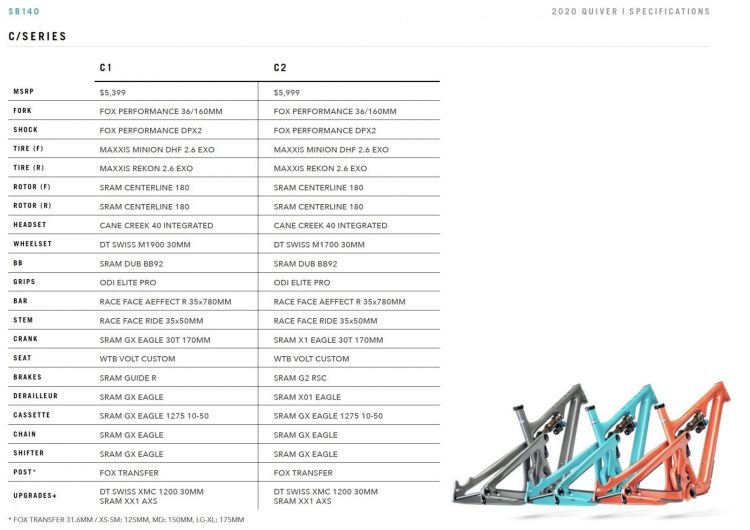 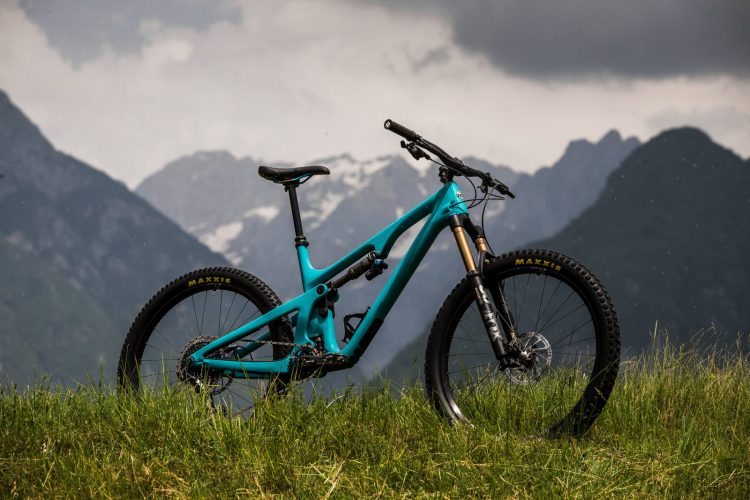 The Yeti SB140 in the mountains of Bovec, Slovenia. 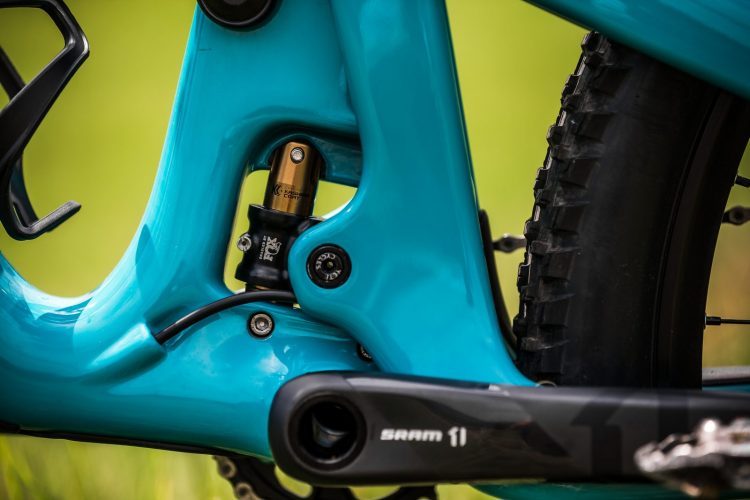 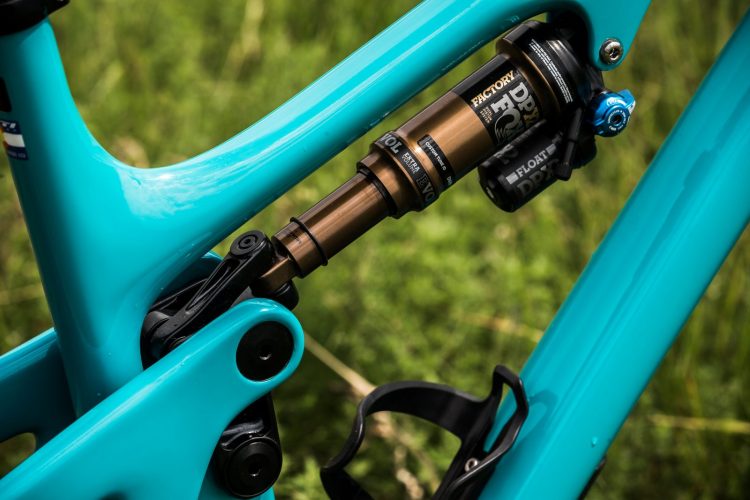 Air rear shocks on all SB140s. 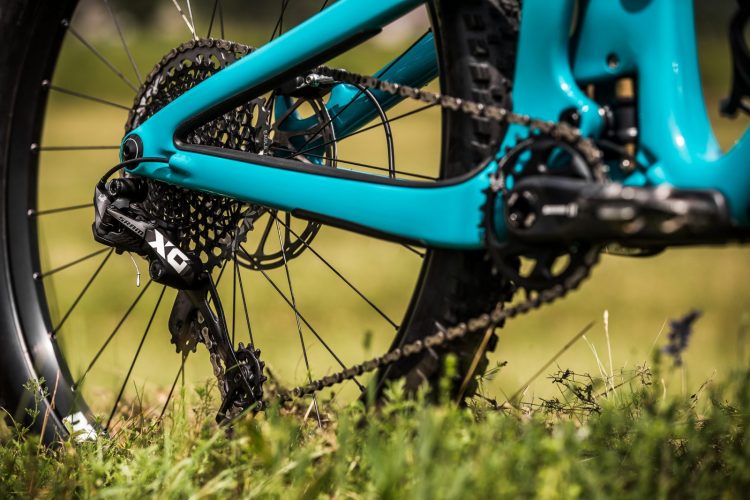 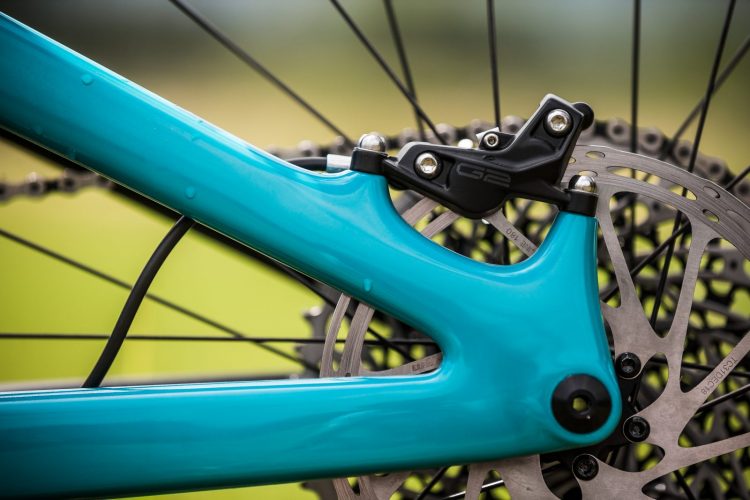 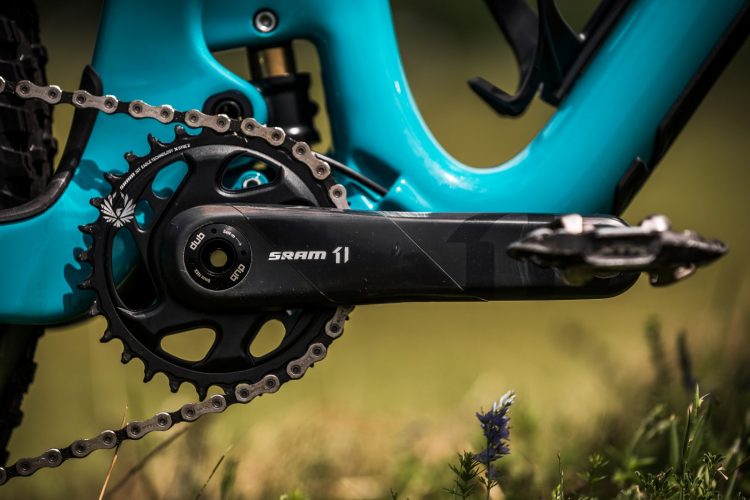 No chain guide for this trail bike. 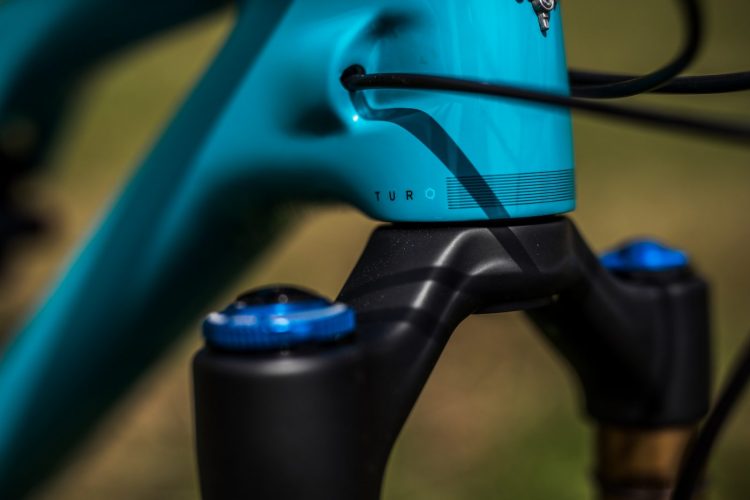 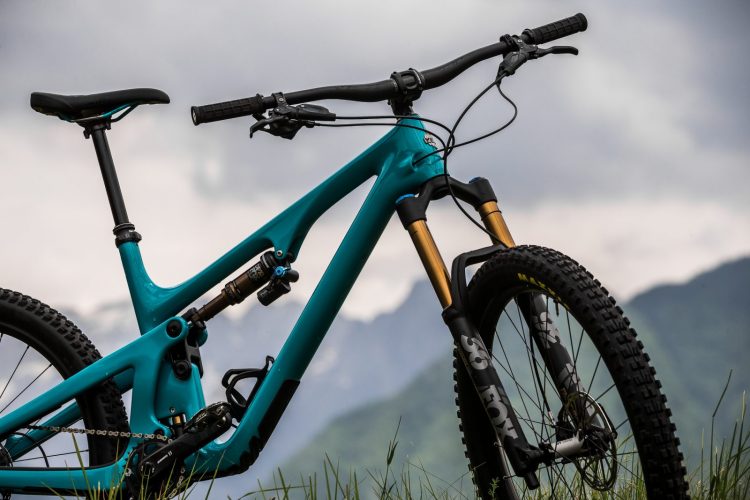 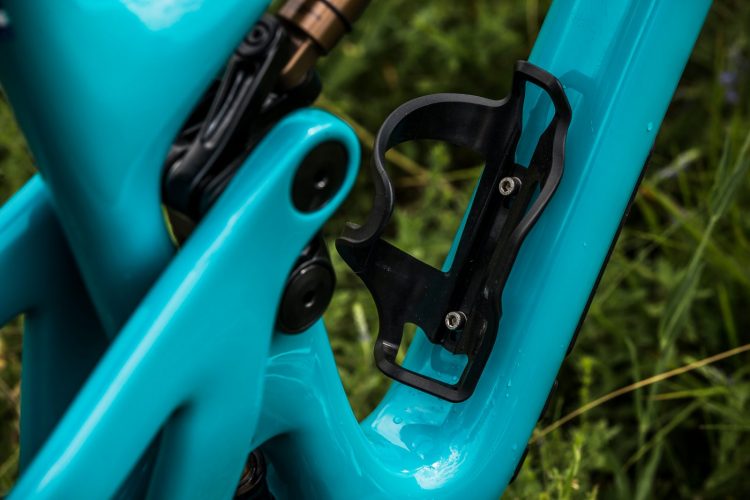 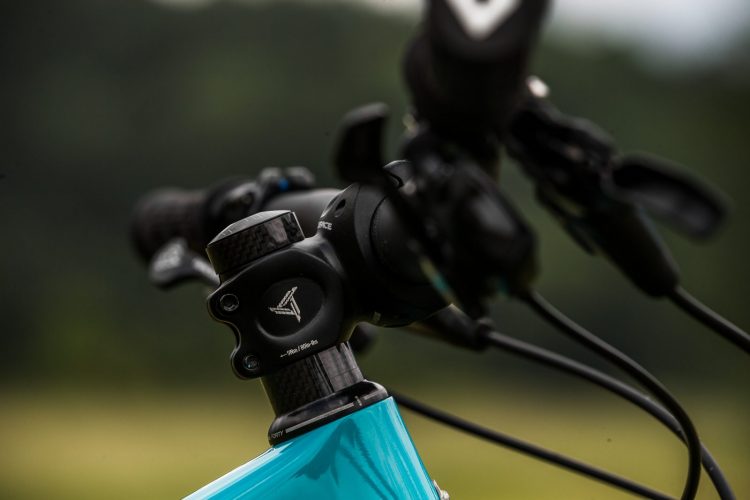 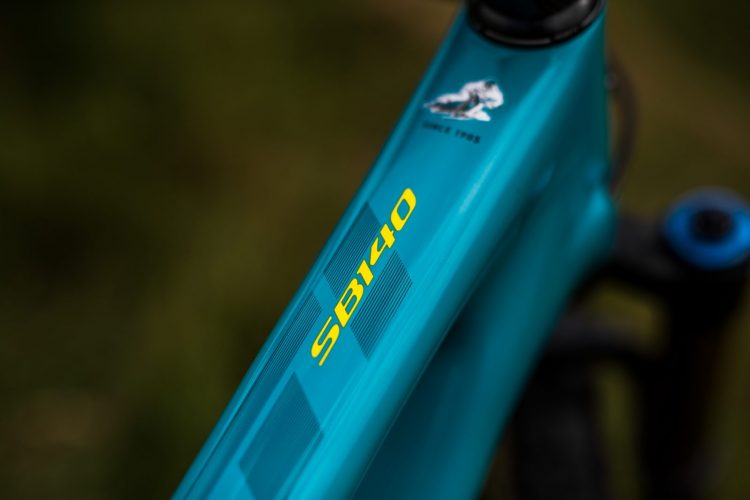 If you have 4 Yetis at home, the name serves to avoid confusion. 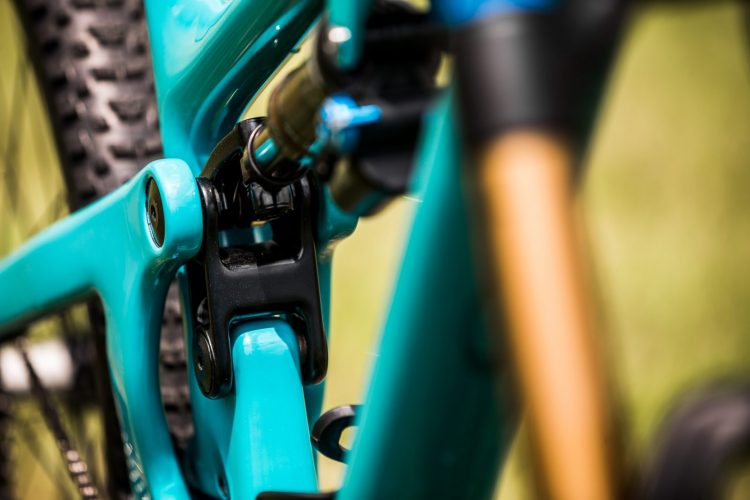 The link is the only part that changes in the Switch Infinity system between the various Yeti models. The rest is identical. 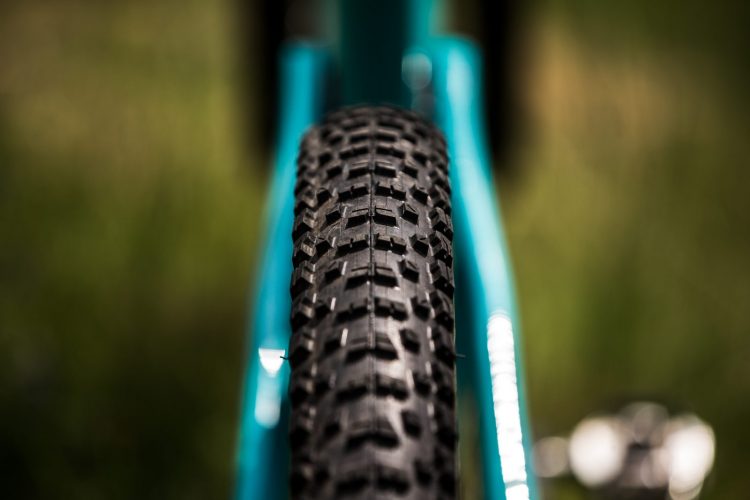 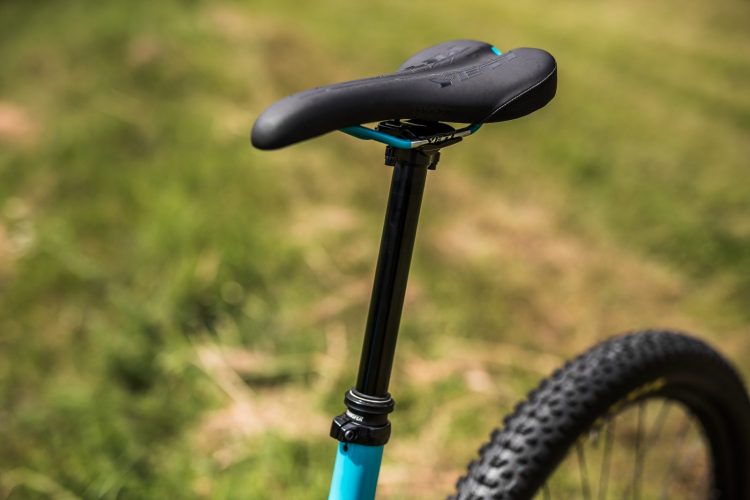 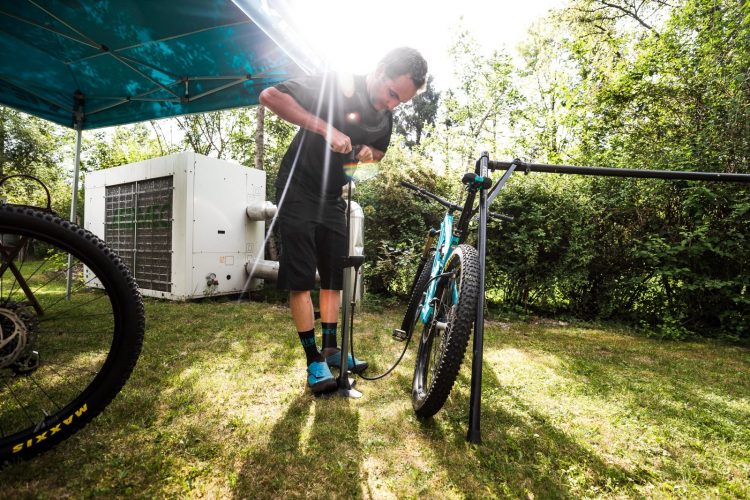 The two Yeti owners in our interview: 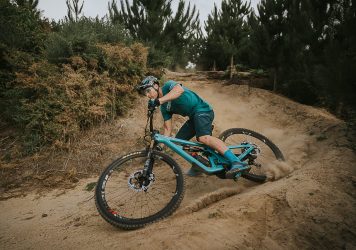 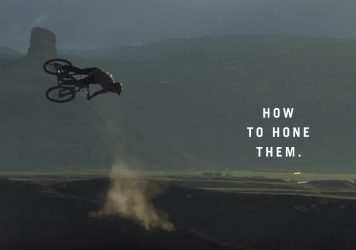 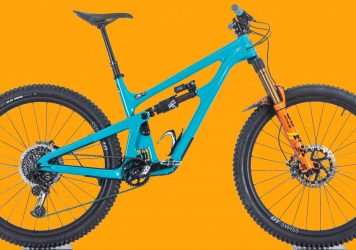