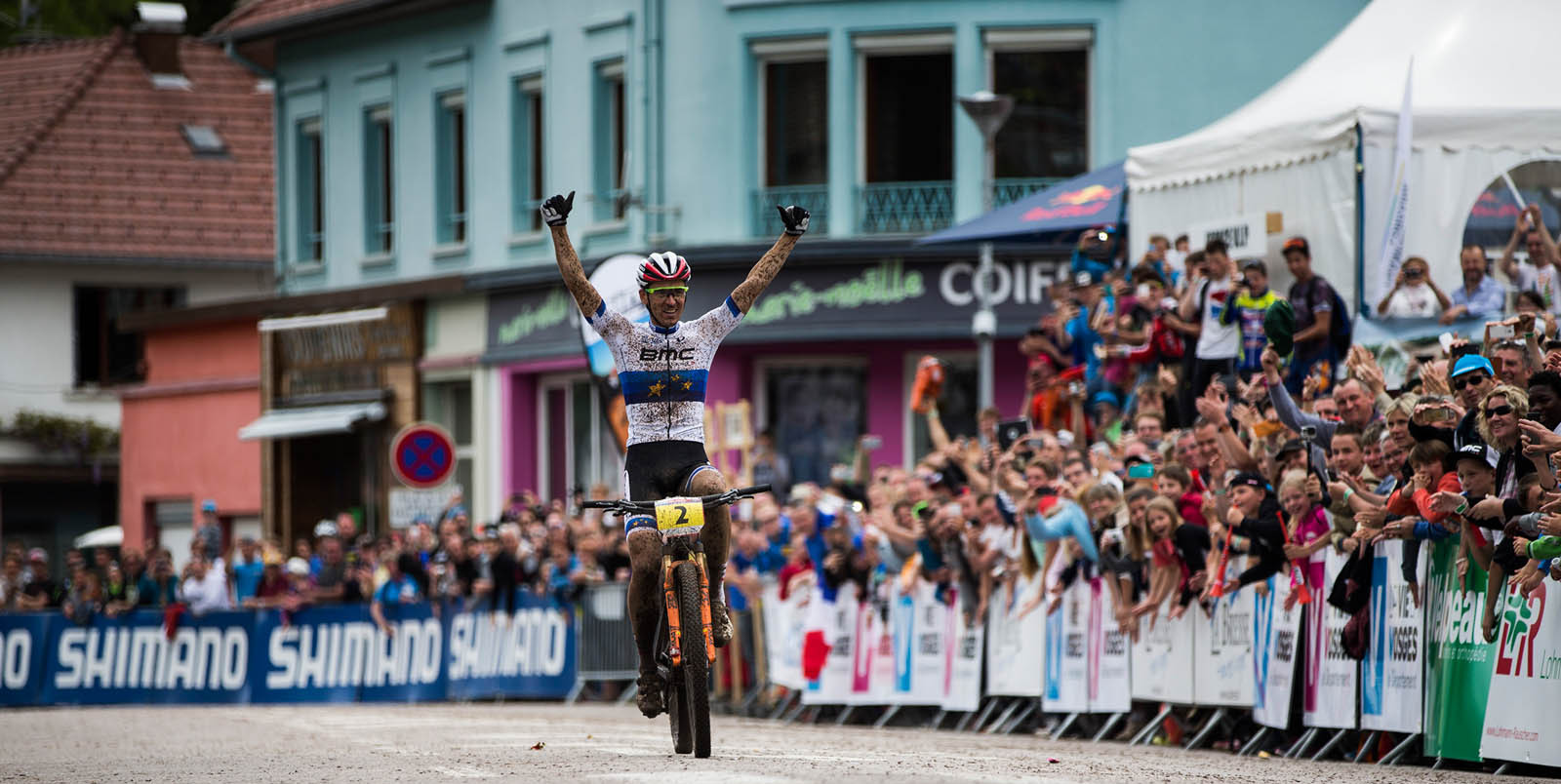 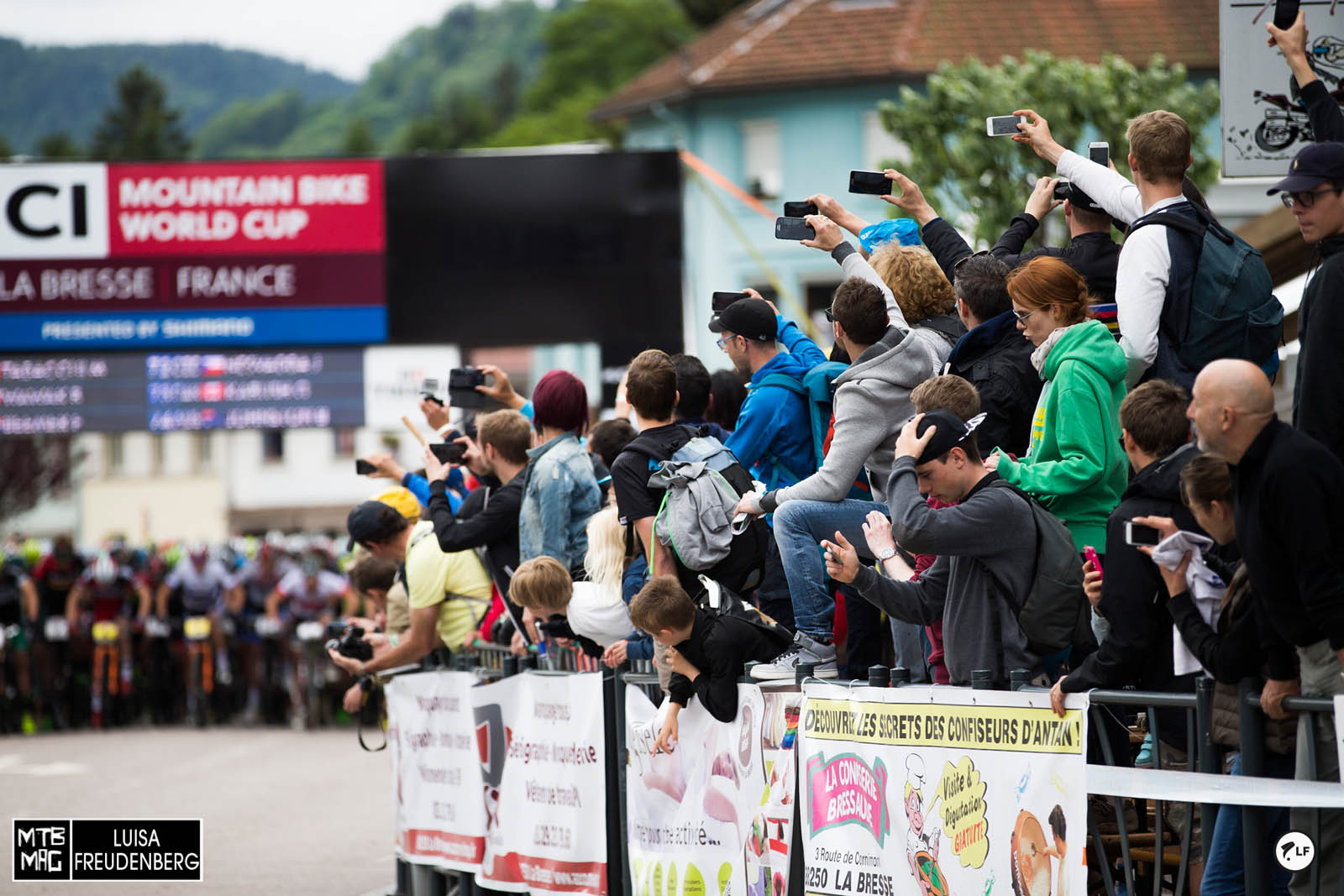 Julien Absalon wins his 31st worldcup race in front of his fans in La Bresse, France, followed by to Frenchmen: Marotte and Koretzky. 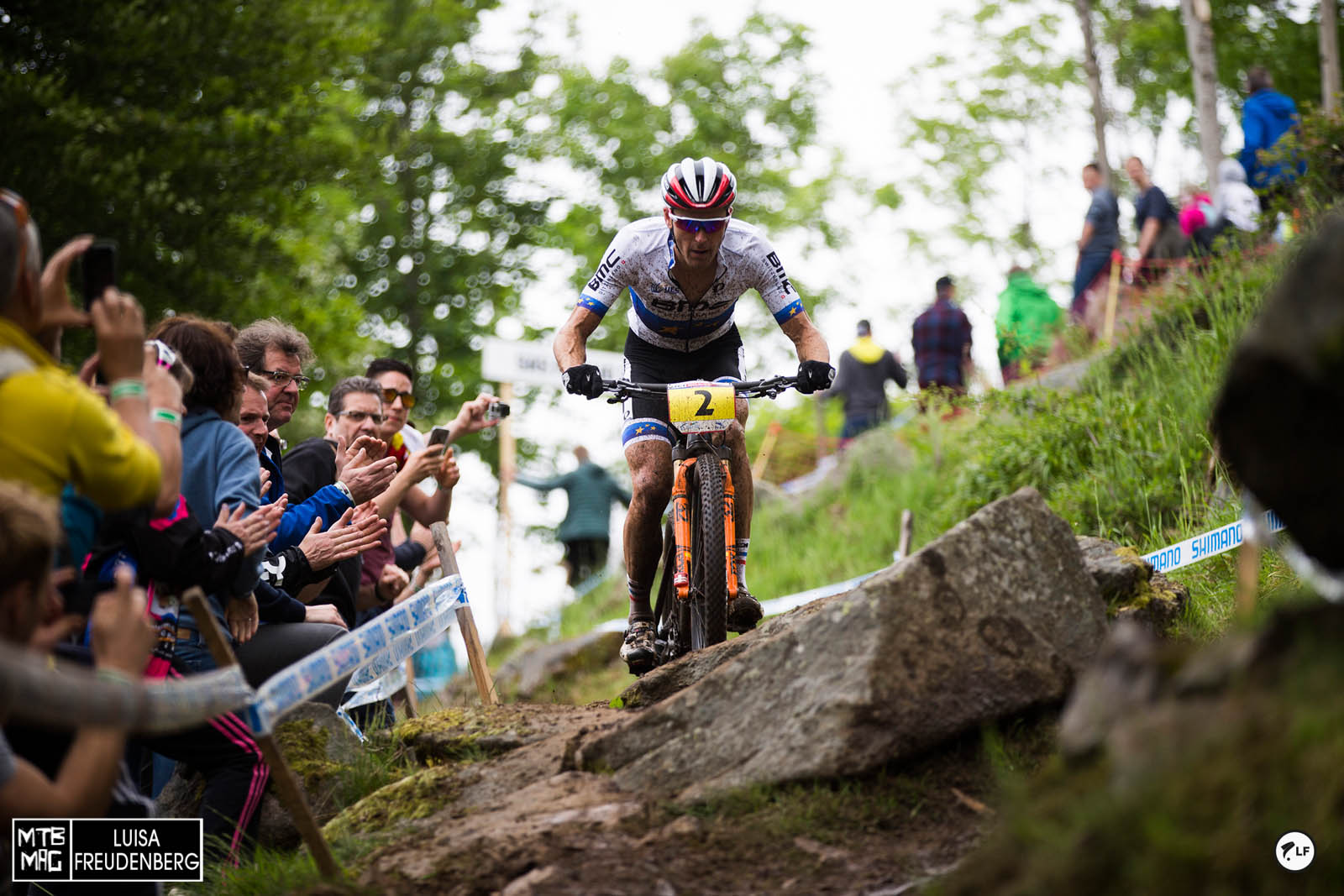 Thousands of spectators cheered the riders along the track, during a race that wasn’t that lucky for Nino Schurter: two flat tires kept him out of the game for the victory, but he managed to maintain the leadership in the overall classification finishing fourth in front of a steadily getting stronger Kulhavy. 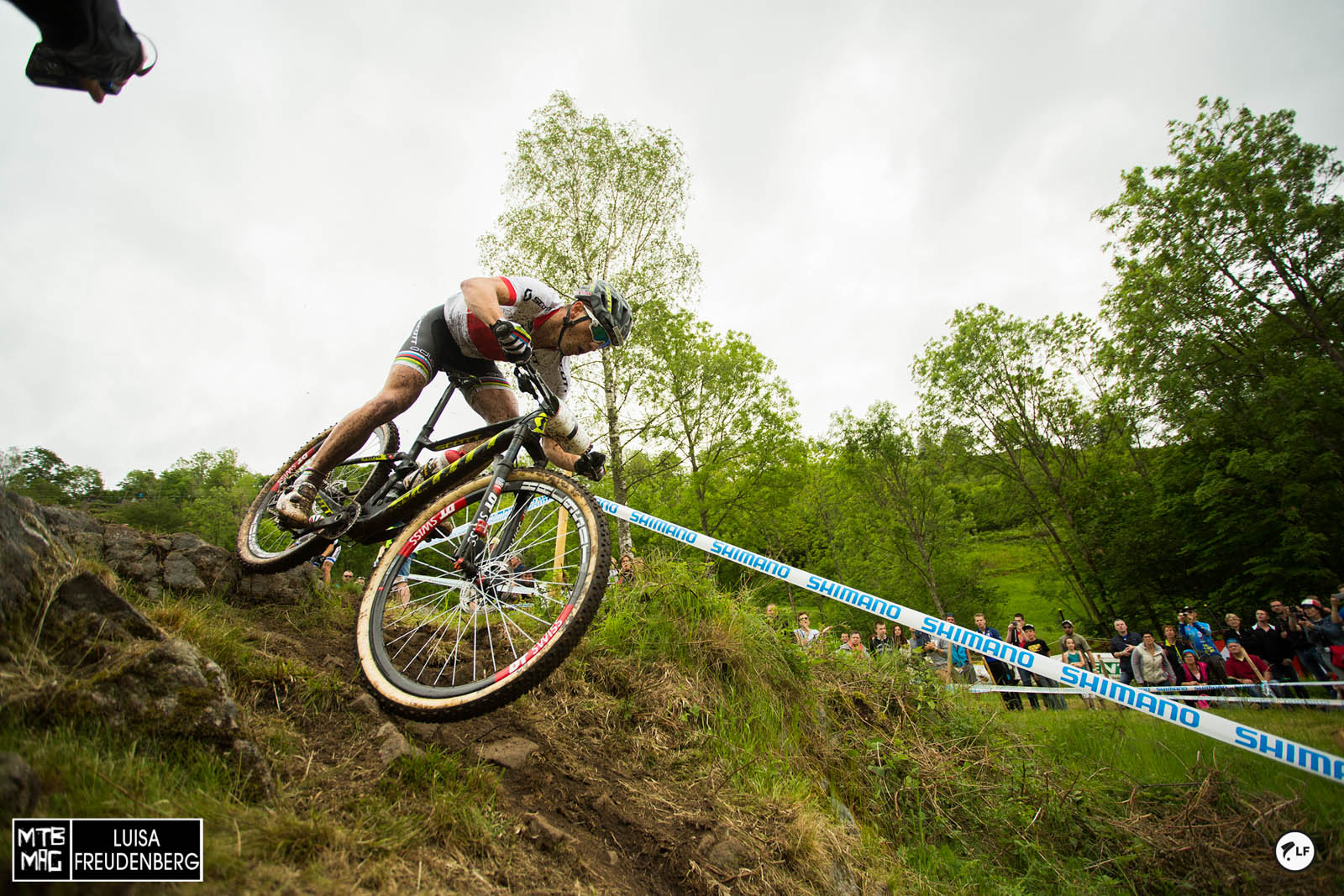 Schurter rode for the first time in years a 29er: the new Scott Spark (check the details here). Since 1998, when he won the Junior Worlds, Absalon has been racing at top levels, following the technical evolution of mountain biking to stay at the pace with a younger and technically stronger competition: 29er, full suspension, dropper post. Today’s victory is for sure a part of the Frenchman attention for details. Jannick, Scott Racing’s mechanic, had a fast first wheel change. The second one happened at a different Tech Zone, and it took much longer. 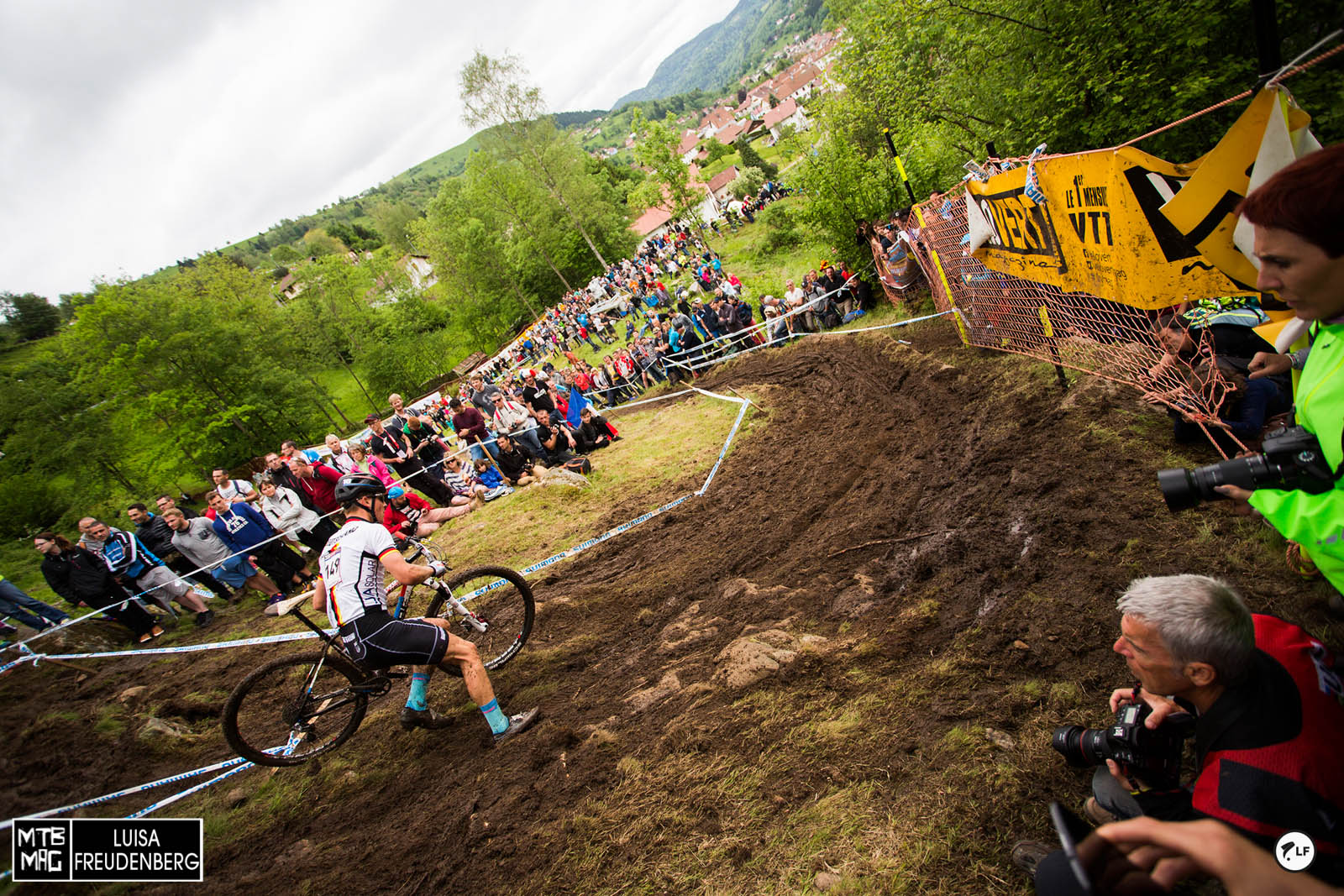 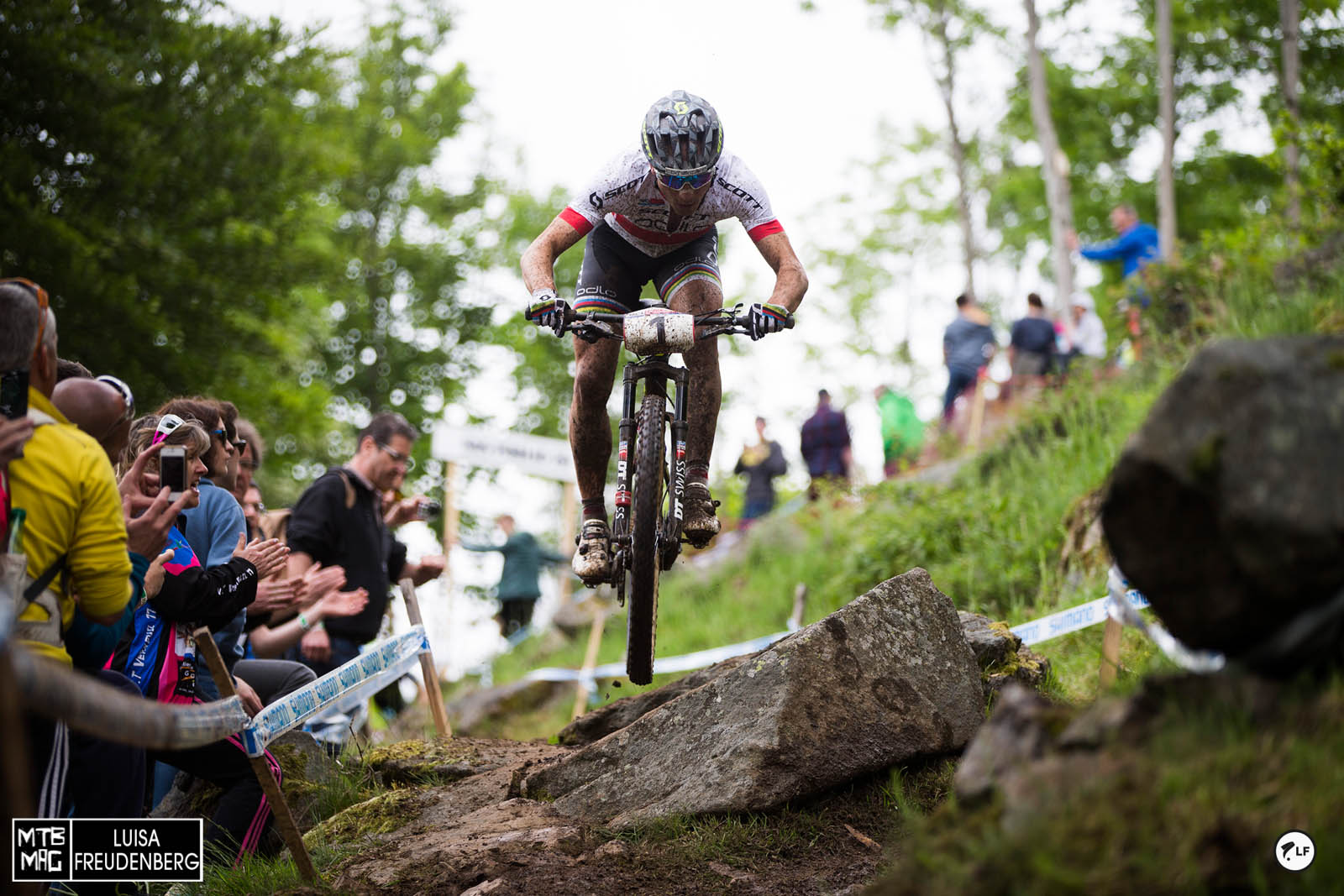 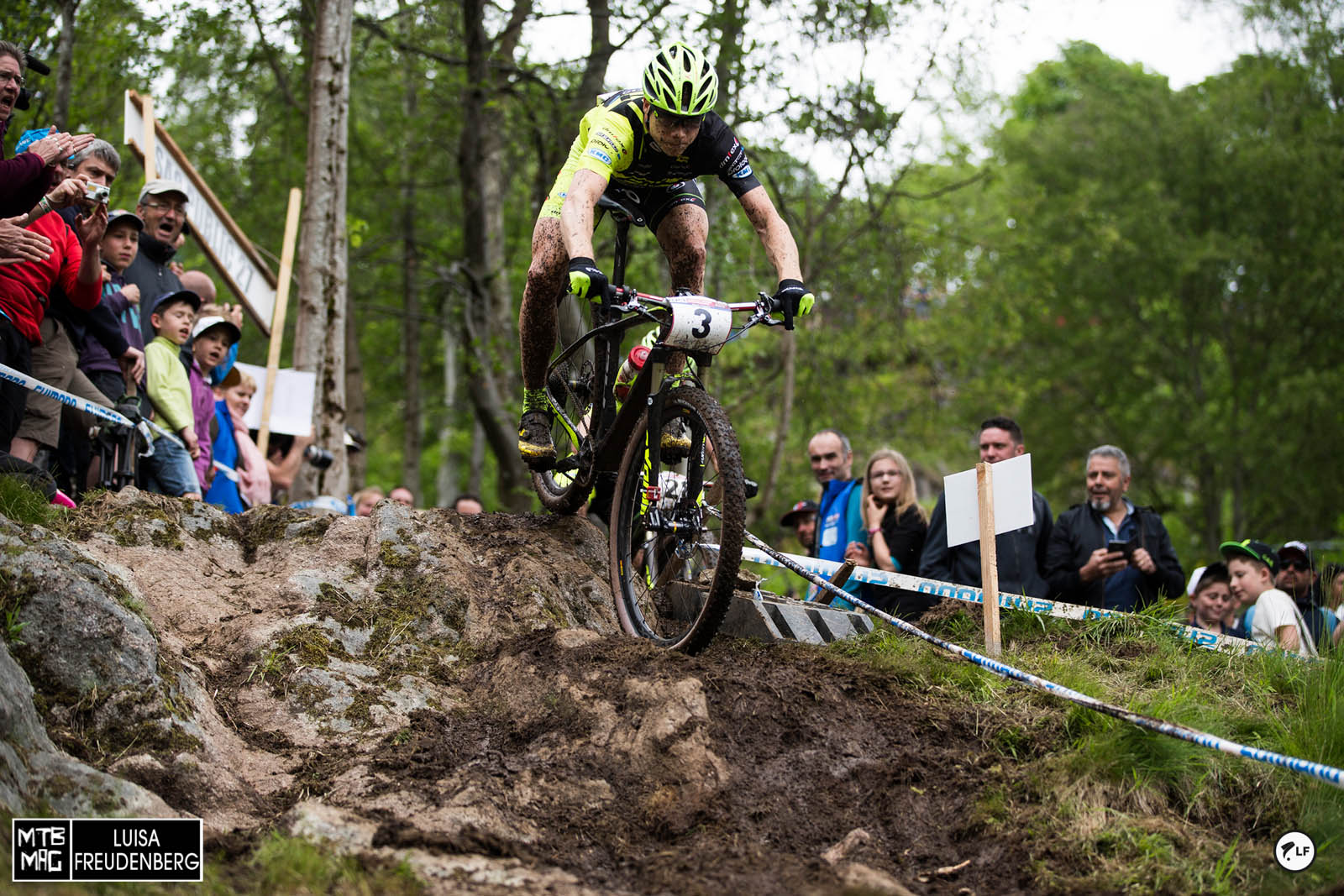 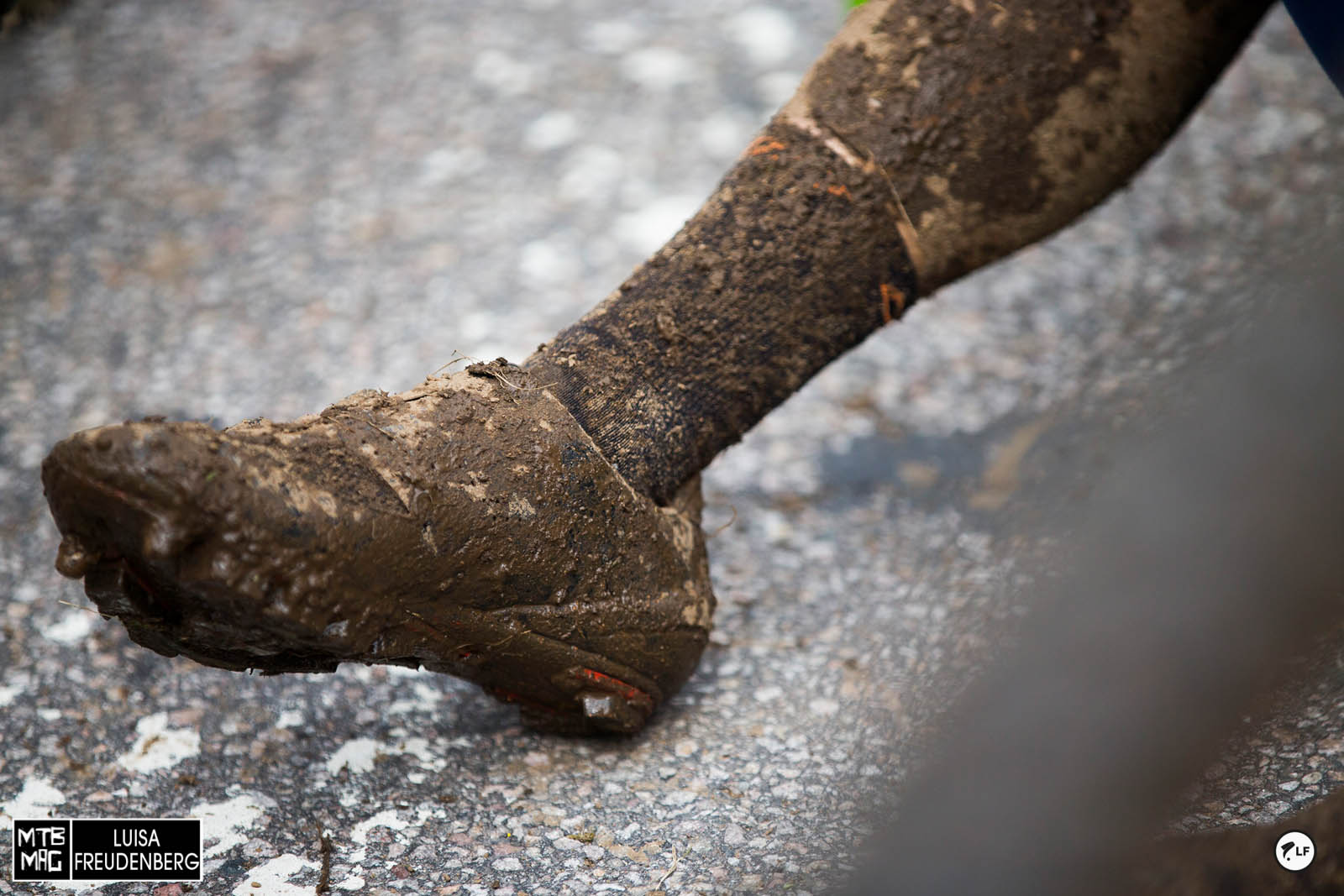 In the women competition Jolanda Neff started for the first time in 2016 at a worldcup race, after missing Australia and Albstadt. Despite a huge crash and a flat tire, the Swiss could cross the finish line first, ahead of the two Canadians Pendrel and Batty. Impressive. 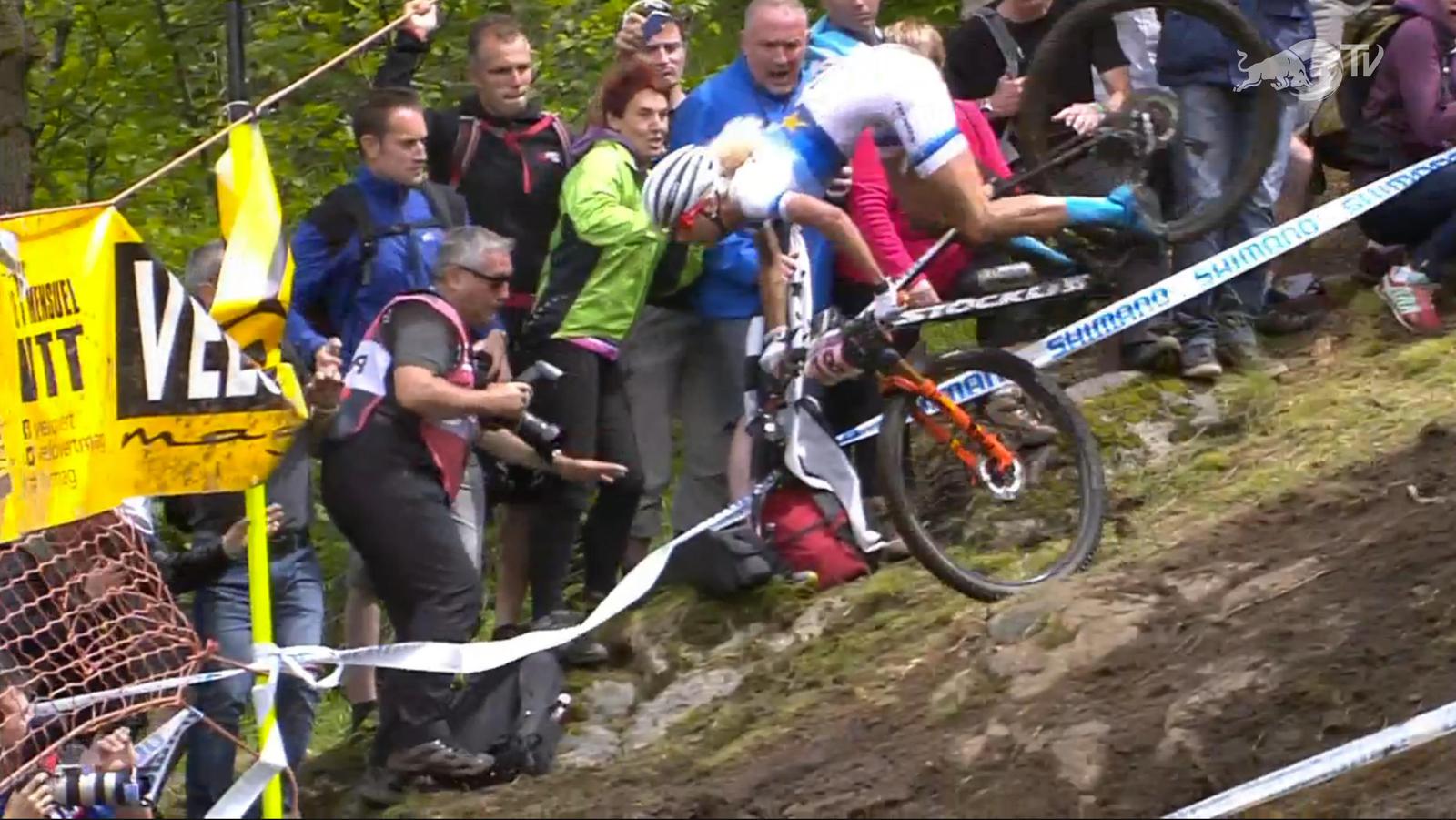 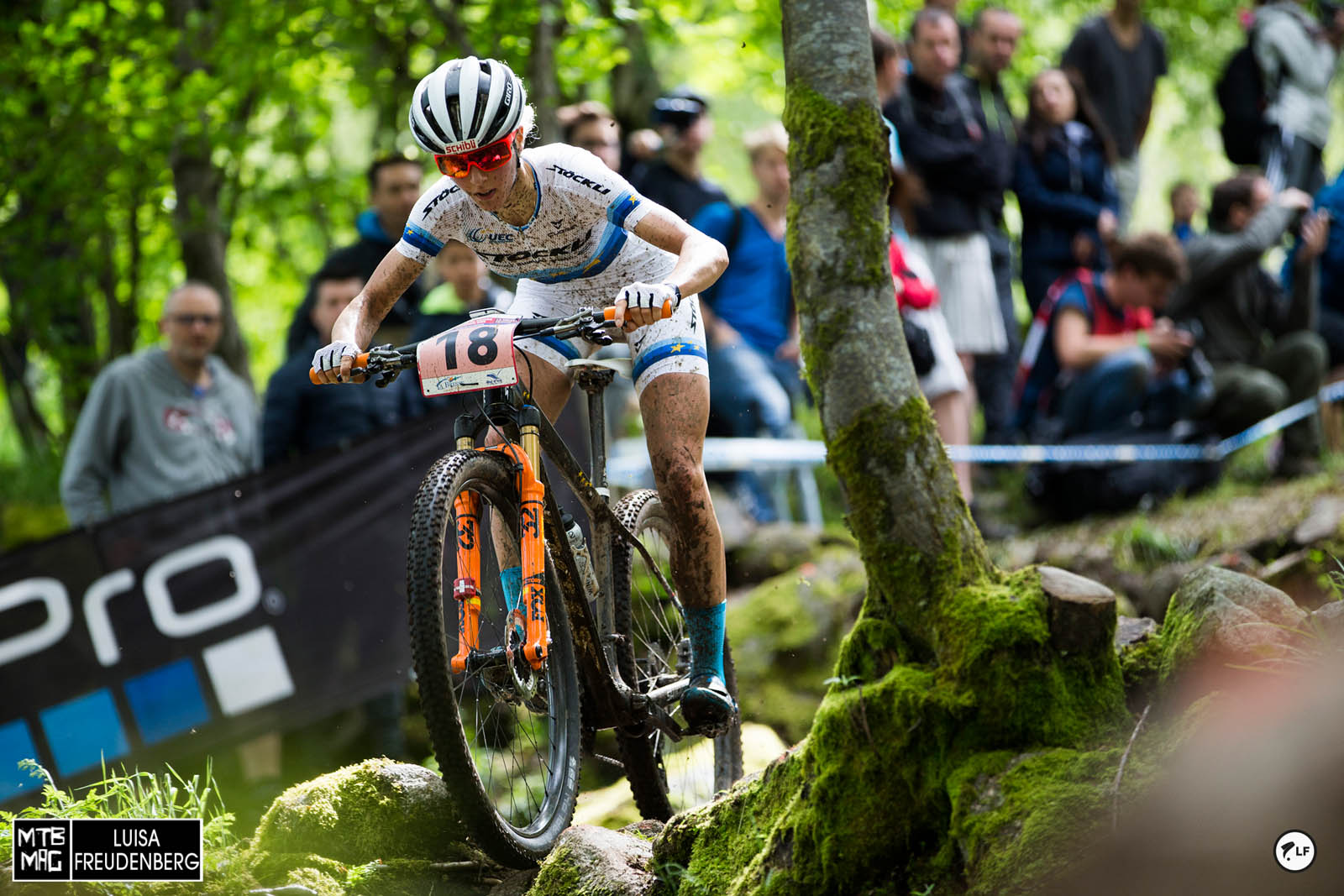 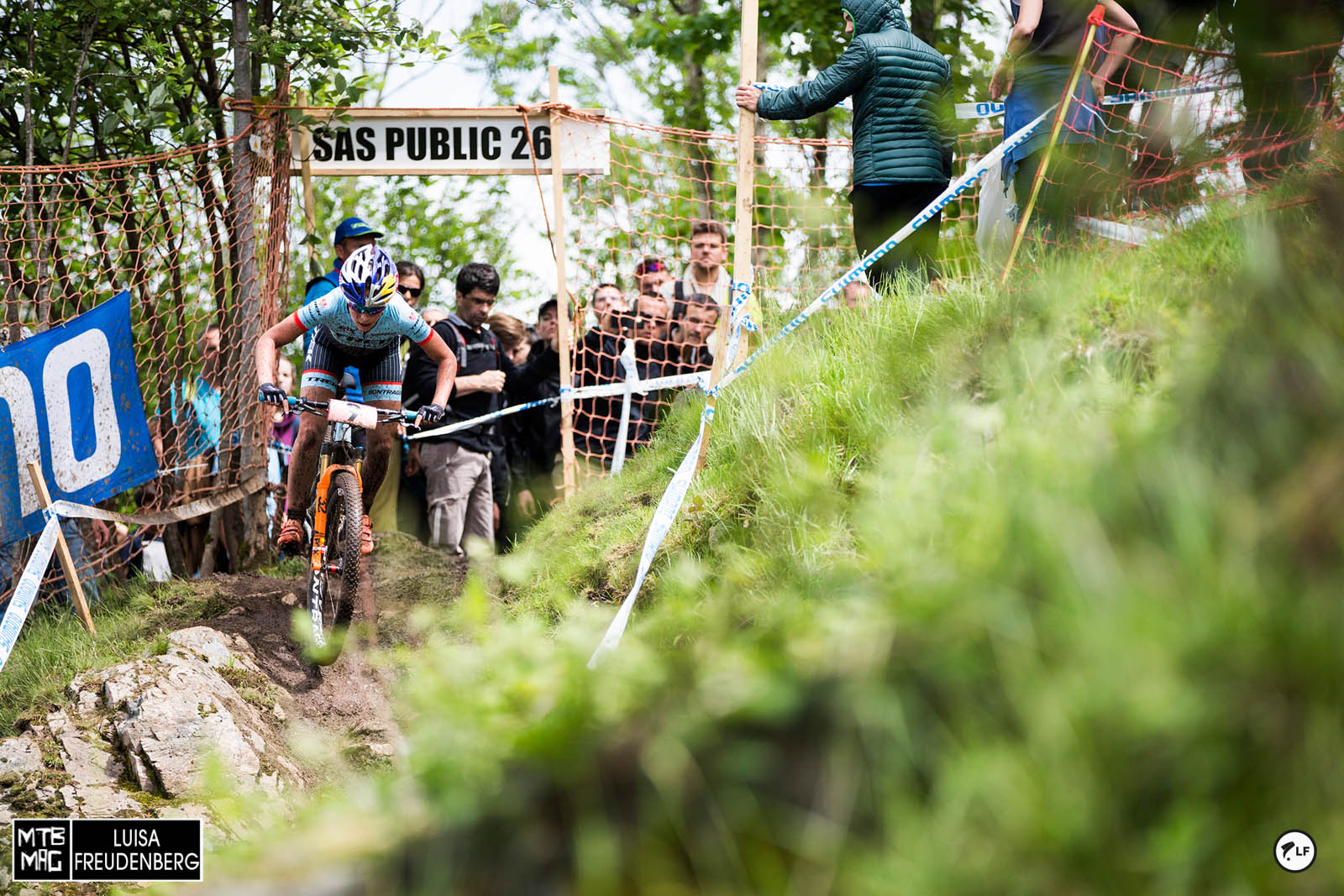 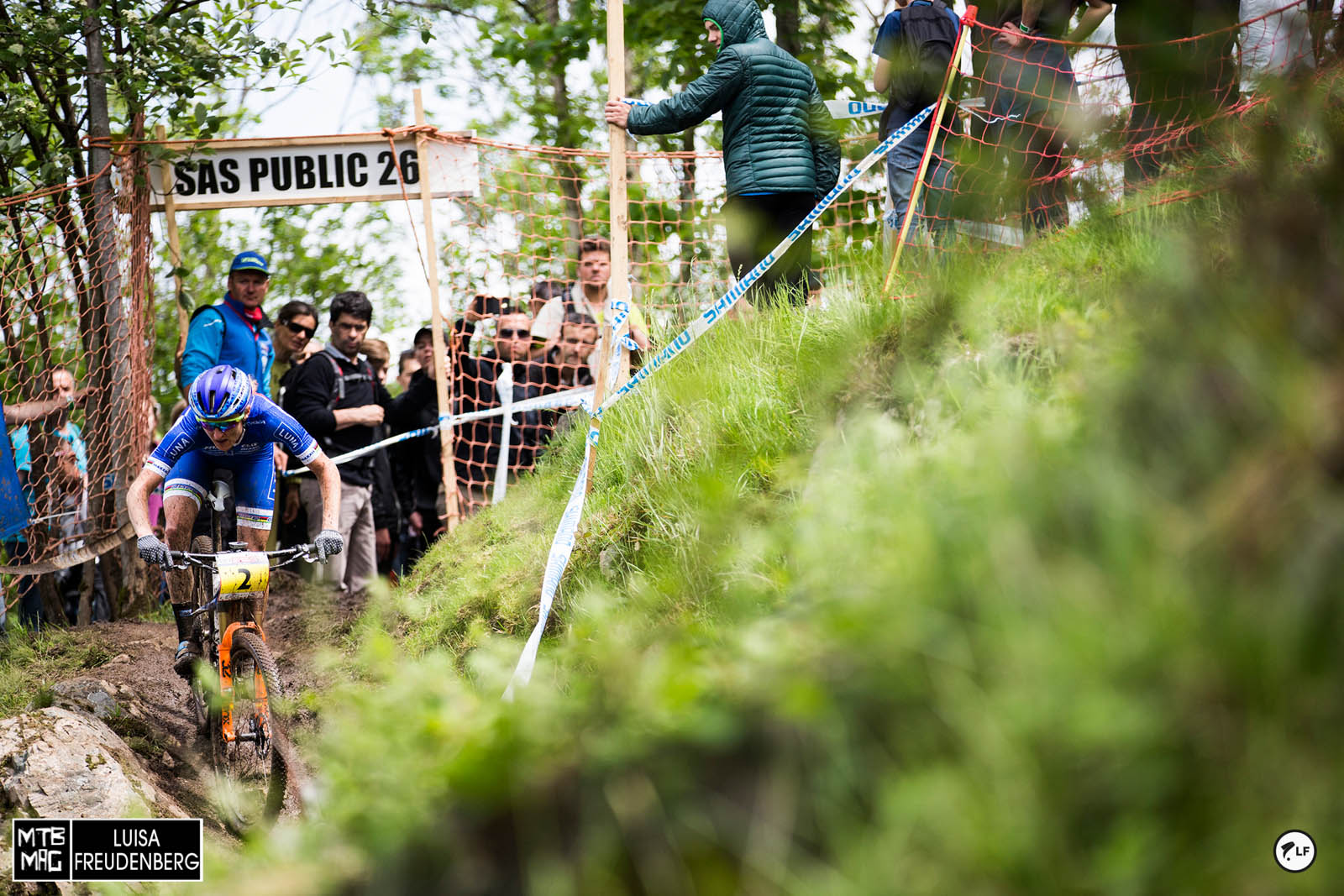 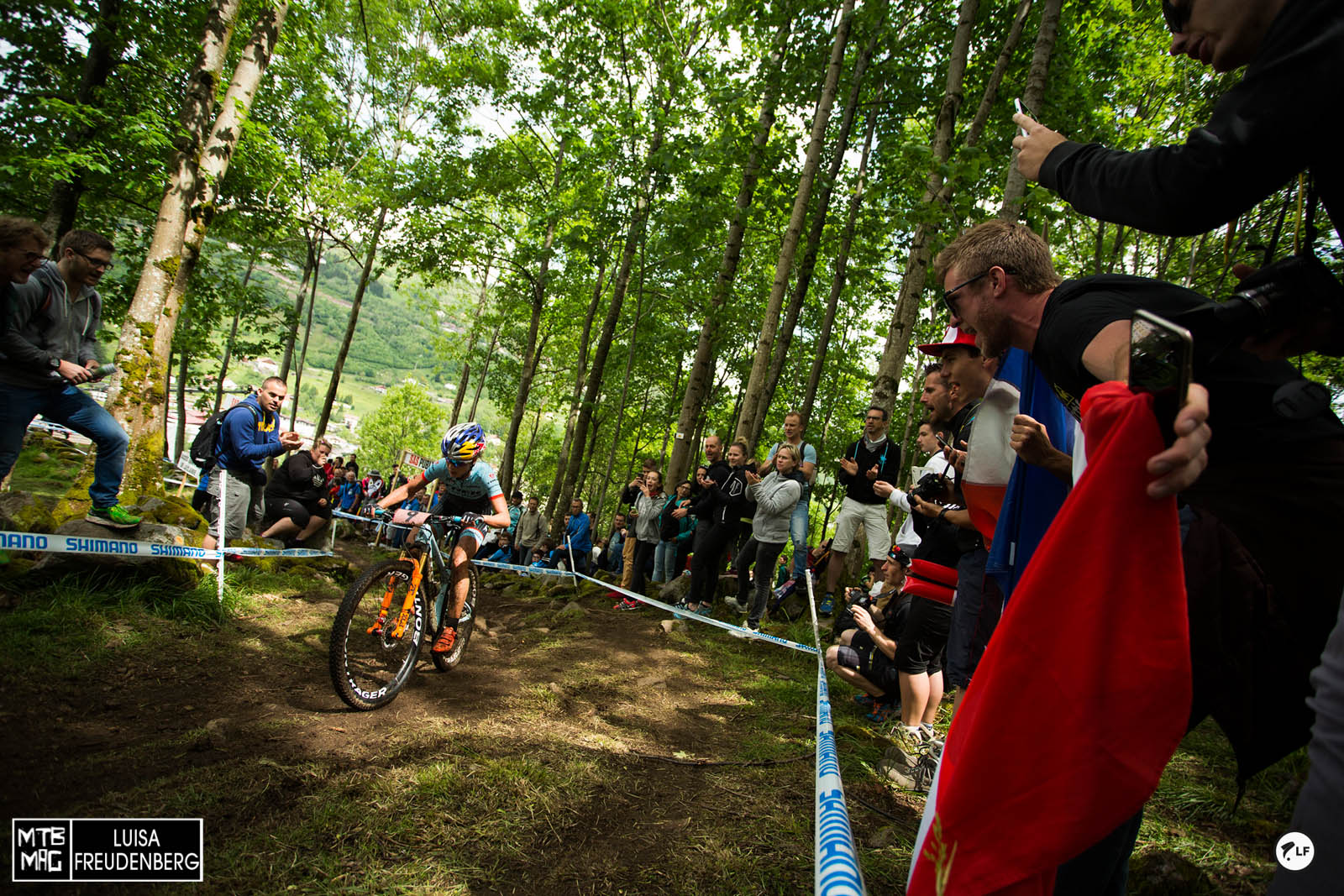 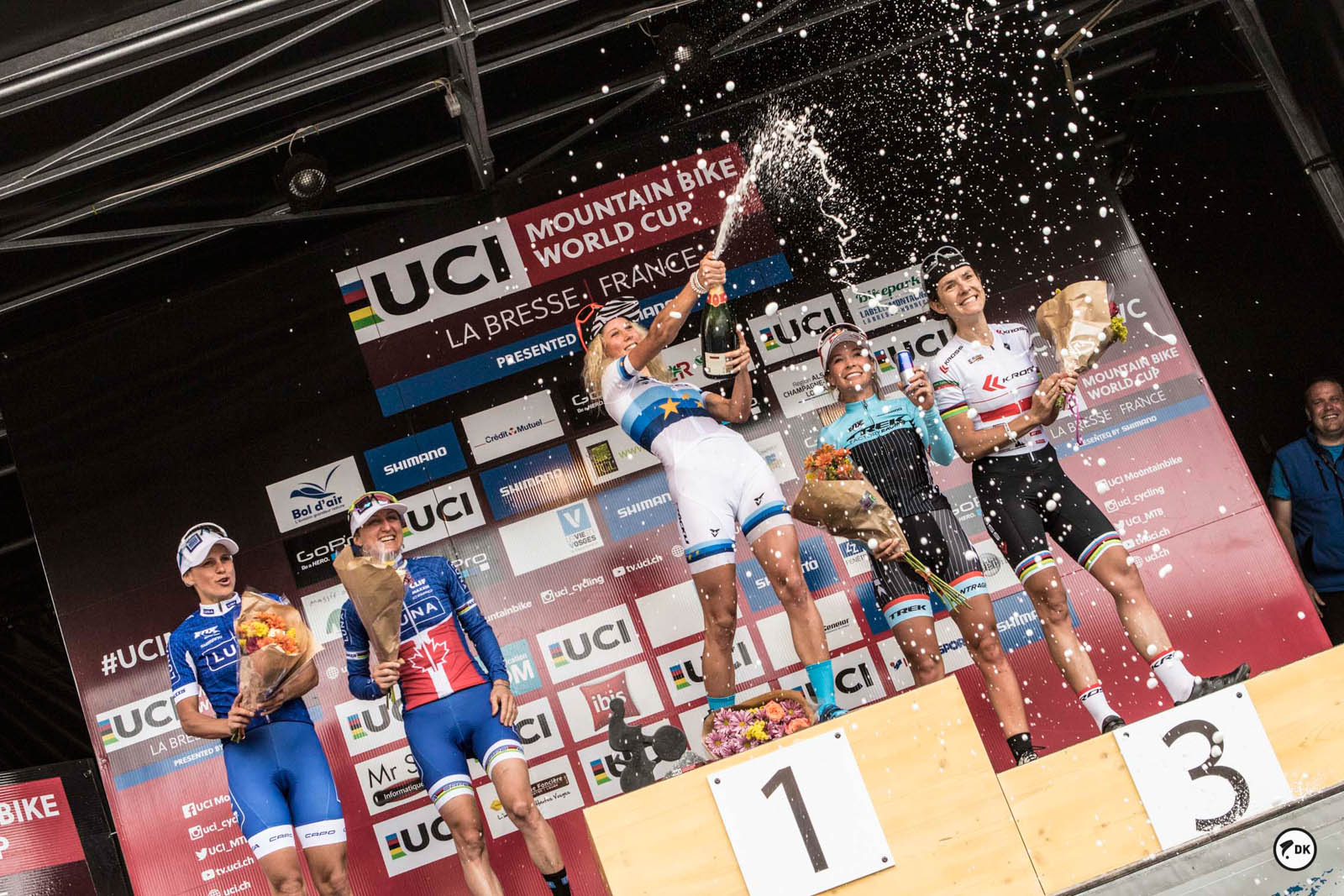 Overall leader Langvad wasn’t in best shape because of a cold, and finished in 15th position.