It is not often that the Santa Cruz Syndicate turn up in your back yard, but when they do, the most obvious thing to do is drop everything and go and follow them around on a bike. Well that was the idea of the other 150 riders as well, as the Syndicate who had organised a ride with Santa Cruz owners at Firenze Free Ride in Florence, Tuscany, Italy.

The idea of the day was to get some hands on experience with the Syndicate riders out on the trails and chill out. 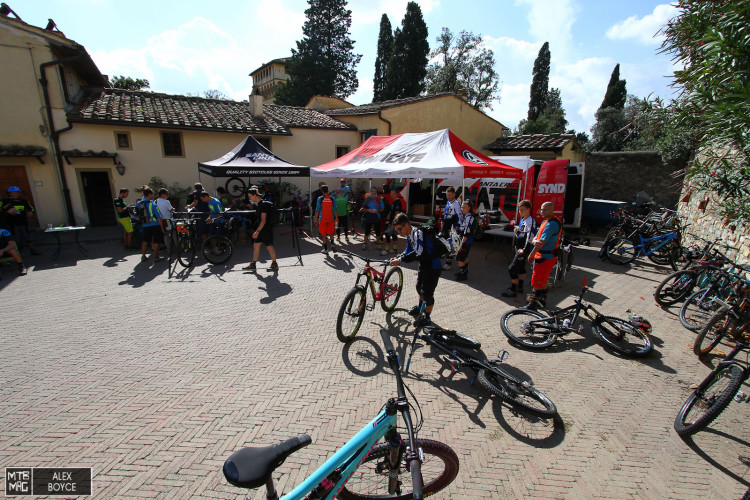 Doesn’t look like much in this shot, but scattered around this court yard at the Fattoria di Maiano were more than 100 Santa Cruz bikes. Doug Hatfield – Josh Bryceland’s World Cup mechanic was on hand to personally go over anyones bike that want him to take a look! 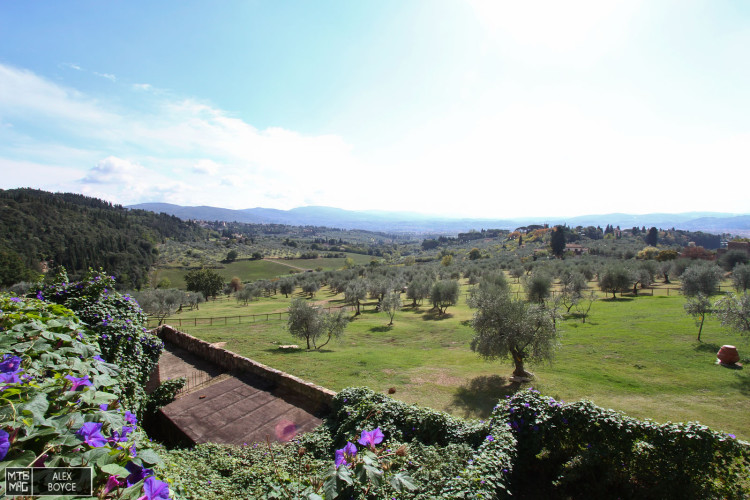 The views above the hills of Florence where the Syndicate chose their ride and bike festival. 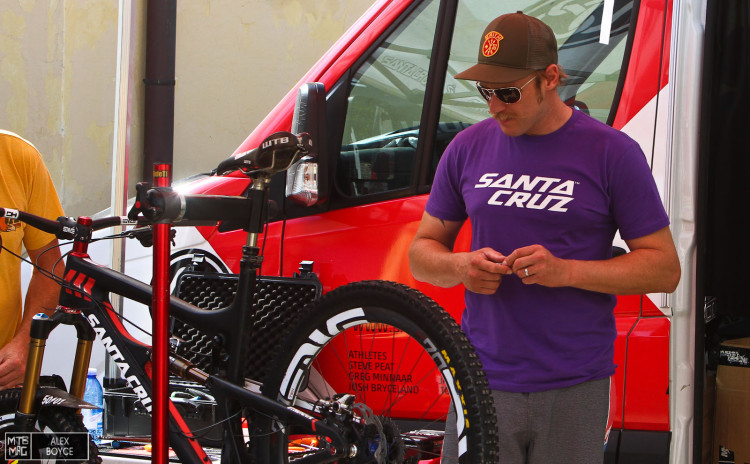 Steve Peat was back on the bike again today, waiting for his steed to be put together. 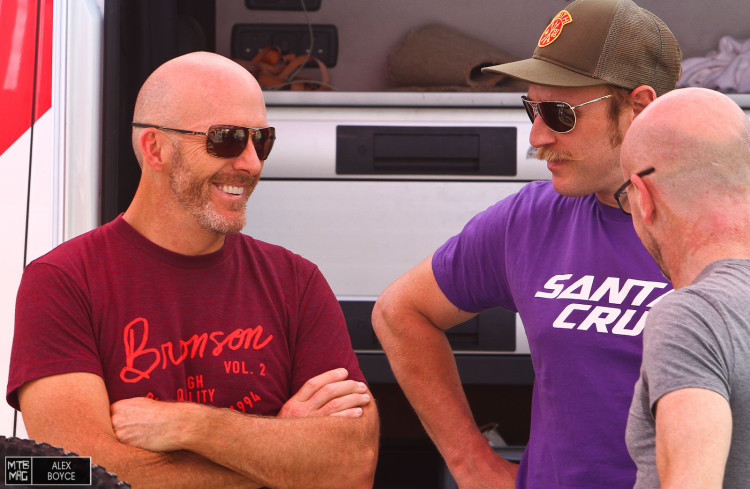 Rob Roskopp, the CEO of Santa Cruz bicycles was present as well to talk bikes and riding. Any bike could be tried, just book a time. 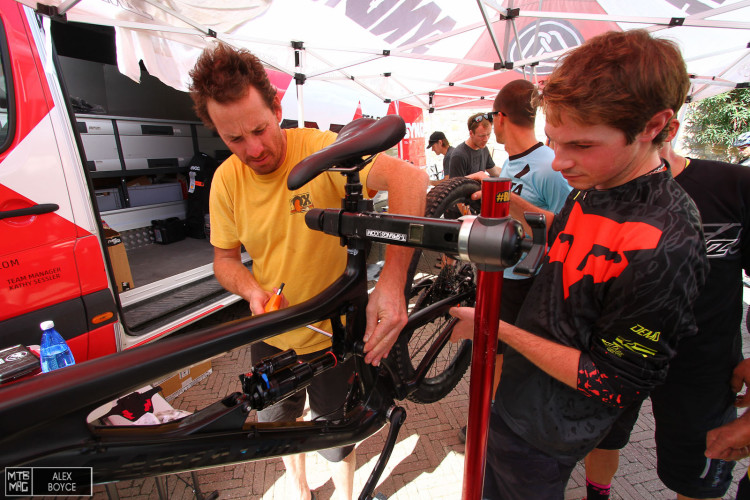 Jason Marsh – Greg Minnar’s mechanic checked out a bike that had been prepared by our tech corner guru Davide Bagnoli, he said he could not find one thing wrong with it. But one minute later Jason’s keen eye spotted that the XX on Maxxis was not in-line with the air valve on the rim, a big error! 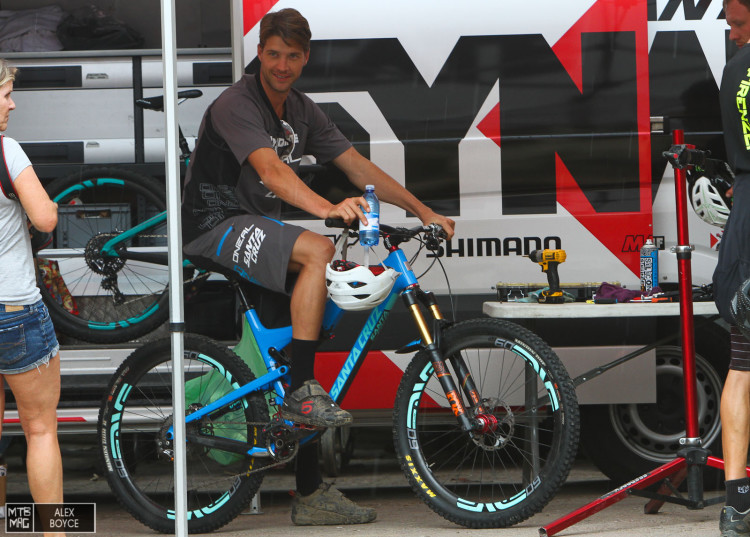 Greg is a totally different rider when there is no race to challenge him, relaxed and focused on fun. 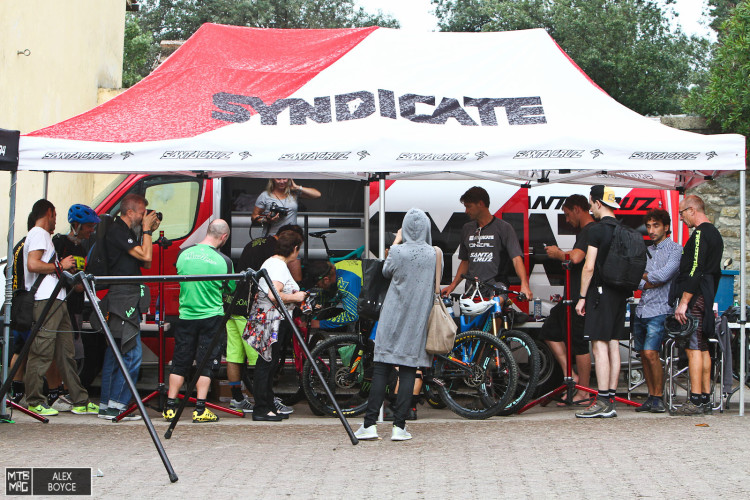 The Syndicate tent was mobbed all day – they are the World Cup team that draws the most attention. 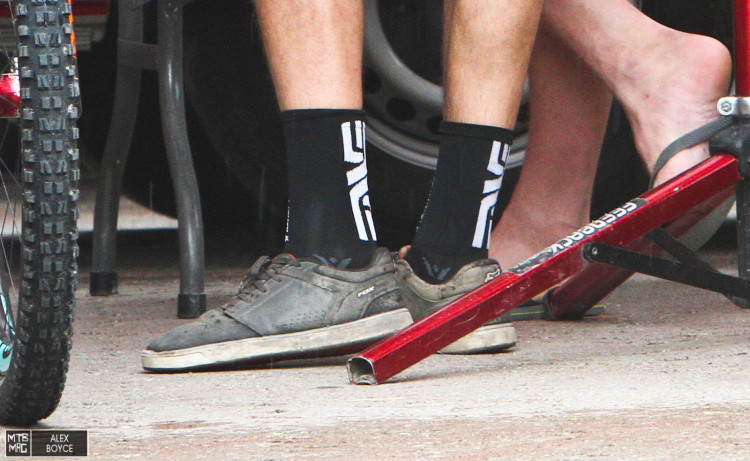 One of these ankles almost ended a career. Josh was limping a bit, but still walking around. 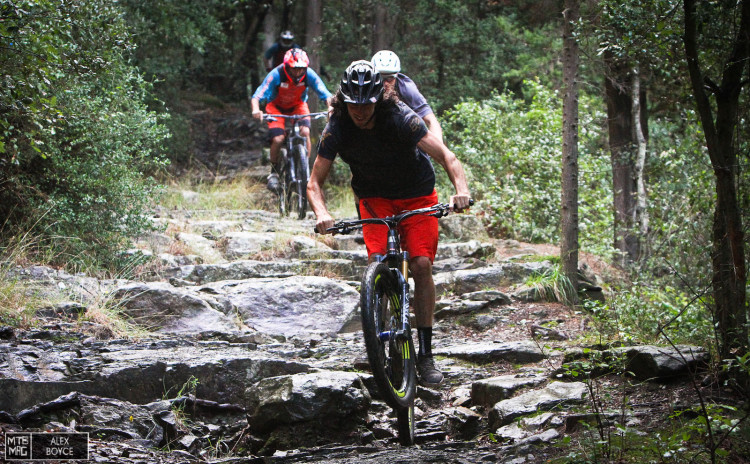 Out on the trails Josh Bryceland kept it simple as they took 100 riders for a tour down a fairly easy but rocky trail. Greg literally popped this one for the camera, after seeing us 1 second before hand, skill is an understatement. Rob Roskopp CEO is a dab hand with a bike, riding with Steve Peat, his skill and passion are apparent. Once off the bike he could not stop talking about riding. The group followed, 99 percent on a Santa Cruz. Last corner, we managed a few blurry shots, even flat trails turn interesting when Greg Minnaar is on it. Josh manages to style anything, even here a small hillock became a whip making jump. It’s all over, apparently riding with the front brake on is a skill all world cup riders should master. The group gathered and just talked trail, which is quite unbelievable when you just rode your local non specific trail with these guys. Fans having their shirts signed. Josh gave us a quick look at his 5010, his favourite trail bike. All standard, just some big flat pedals and Shimano XTR, plus a bit of mud, Josh was not interested in bike checks, this bike is for fun only. Jason finishes off the day cleaning the Syndicates bikes. It would be great if we could all have our bikes cleaned for us. Josh his usual self, difficult to understand if your not from the North of England, but a great asset to mountain biking, glad he is back on the bike riding fast.