A few weeks ago Santa Cruz announced the new Bronson and 5010. These are two bikes that require you to look at the name painted on the frame to tell which one is which. We wondered if we could feel the difference on the trail, so we thought this back to back review could be quite interesting. For once, we start with the price tag. Both bikes have the cheaper carbon frame, the so called C (CC is the expensive one) that you can’t actually buy separately but only on a full spec’d bike. Both the Bronson and the 5010 cost 4.699 US$ before taxes (4.999 Euro- 5.740 CHF) in the S build that you can see in the photos and in the tables below. The frame weighs about 300 grams more than the CC version. 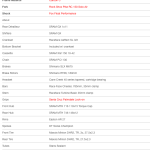 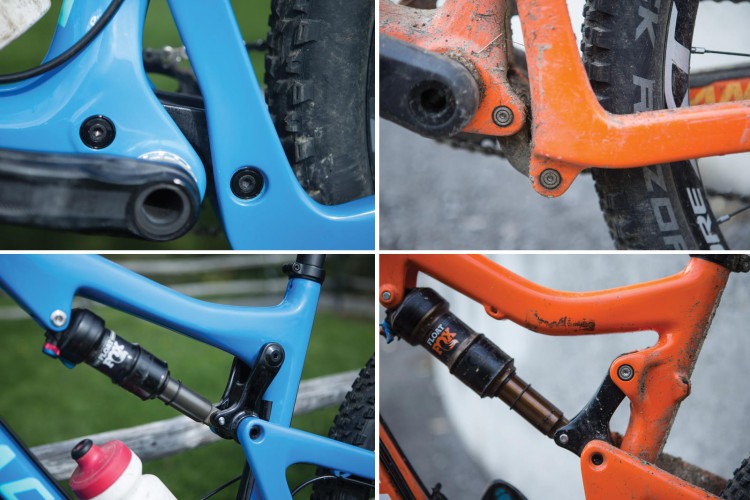 Santa Cruz made big changes in the geometry of the bikes, basically changing the VPP linkage. As you can see in the comparison photos (the orange bike is an old 5010 CC) the upper link goes directly in the top tube, while the lower one hides neatly above the bottom bracket, providing shorter chainstays (Bronson: 433mm vs. 439mm of the old Bronson, 5010:  425mm vs. 434.8mm) and making it possible for the engineers to build a longer top tube (Bronson: 596mm vs. 584.2mm, 5010:  598mm vs. 584.2mm). It’s similar to Mondraker’s Forward Geometry, basically, given the short 35mm stems.
The steering angles are 1° slacker in each bike, compared to the past: 66° for the Bronson, 67° for the 5010.

Comparing the new Bronson and the new 5010, they have basically the same geometries: same stack, same reach. The only difference you can find are the chainstays, that are longer on the Bronson because of its longer rear travel, and the wheelbase obviously. 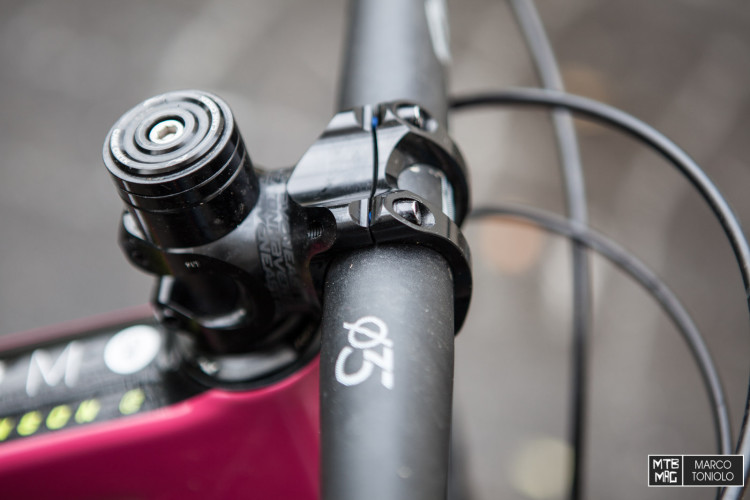 It’s quite clear what Santa Cruz wanted to reach: two bikes that are more stable on the dowhnills, but still agile. The stiffness also plays a big role: due to the new linkage, the frame is stiffer, and the Boost 148 helps to build a more rigid rear wheel. We couldn’t test the Boost 110 up front because the first Boost Pikes will be available in February 2016. Notice the lower seat tube, where 150mm travel dropper posts nicely find their place, except in the size S (still 125mm). 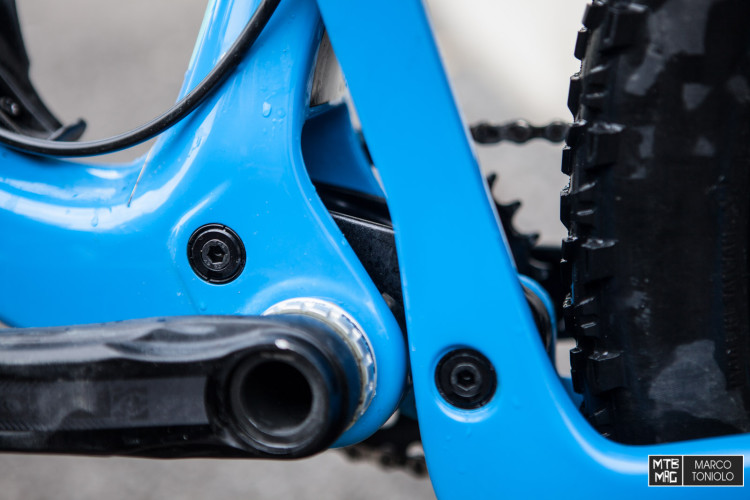 The rims however are different: Easton AR27 on the Bronson and AR24 on the 5010. The number indicates the rim width. The AR27 are 3mm wider than the rims on the 5010, and at the same time the Bronson has a Maxxis Minion DHR2 both rear and front, with a 3c compound front, while the 5010 has an Ardent 2.2″ on the rear. 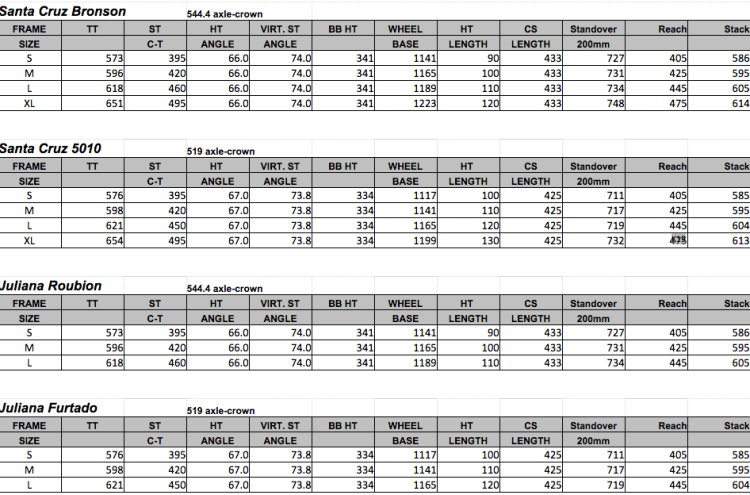 I`ve been using both the old Bronson and the old 5010 for a long time, so I know these bikes quite well. The first thing I noticed, when trying the new models, is how much stiffer they are, as a sum of the factors of the new frame, the Boost 148 and the 35mm stem/bar system.  I know that the Boost 148 is not really an “everybody’s darling” standard, because most of the riders out there will not be able to use they old wheels on the new bikes, but it allows to build stronger wheels, and on the new Bronson and 5010 is no exception. 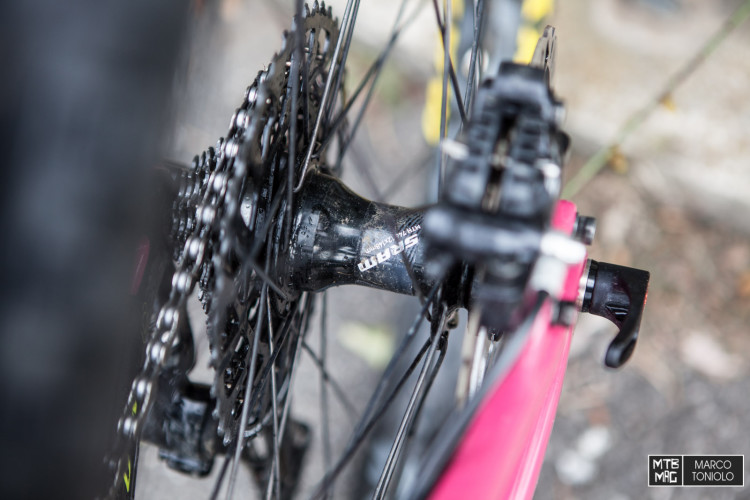 The longer top tubes can’t be overseen, and during the first ride it can be strange to have such a long front, but out back the bikes are shorter. Basically, they just have different proportions than in the past: a shorter rear and a longer front. The 5010 especially is really quite agile in tight turns, but it’s also somehow quieter on rough downhills than its predecessor. The Bronson brings this a step further: its slacker steering angle and its longer travel beg for a beating, and they deliver a great performance, even if not at the Nomad level.

I was afraid that the 5010’s one degree slackened steering angle would cause some troubles on technical uphills, but it was not the case. The bike climbs like a goat. The 5010 is a trail bike, perfect for the riders who ride up to get down and do it a lot, while the Bronson is in between an enduro machine like the Nomad and a trail bike, trying to do both without excelling in either discipline. To distinguish its lineup, Santa Cruz spec’d the 5010 with a 130mm travel fork and the Bronson with a 150mm. The rear suspension is working exactly the same way, though with 20mm travel difference: it’s quite linear early then ramps up at the very end of the travel, it has a lot of small bump sensitivity and even a real lock out for long climbs on paved roads. Praises due to the Fox Float DPS shocks, which really changed the VPP behavior when I switched from the Fox CTD to the new DPS on the old 5010. Both bikes are really lively and easy to pump over obstacles. 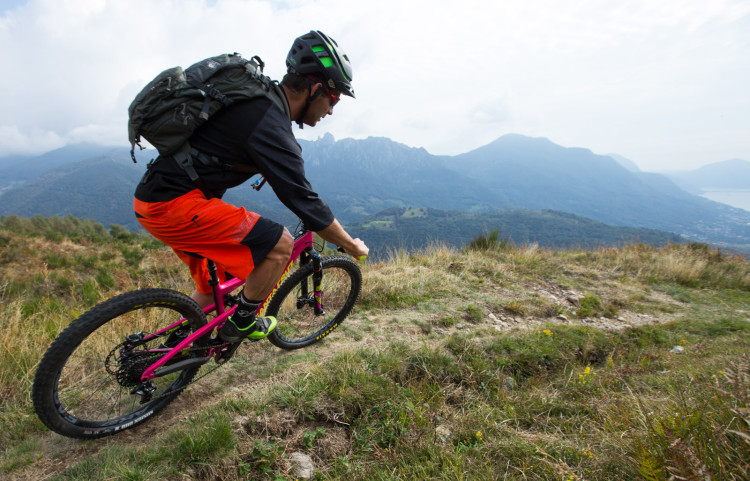 Going back to stiffness, the Bronson and the 5010 are extremely precise: the ability to hold a line before and during cornering is probably the best on the market, in terms of 130-150mm travel bikes. Can the CC carbon deliver a better performance than this? Probably not. The point about the C carbon is having more layers than the CC, adding 300 grams of weight. It’s hard to imagine that more carbon layers can make a frame less stiff. The opposite can be true. The cool thing about the C builds is that they have well chosen components, like the SRAM GX drivetrain. This is a little less smooth than its XX1 and X01 cousins, but it works flawless in all conditions and it helps get the price down. Same for the brakes, where I even preferred the SLX on the Bronson for their stiffer levers than the XT on the 5010. The Pike RC SoloAir doesn’t need much explaining: it has been the benchmark in trail/enduro riding for three years now.

The rims are not the strongest, as you can see in the photo below. That happened after the first descent. The 150mm Reverb can be cool for people with long legs, personally I prefer the 125mm one so I can push the saddle with my inner thigh when cornering. 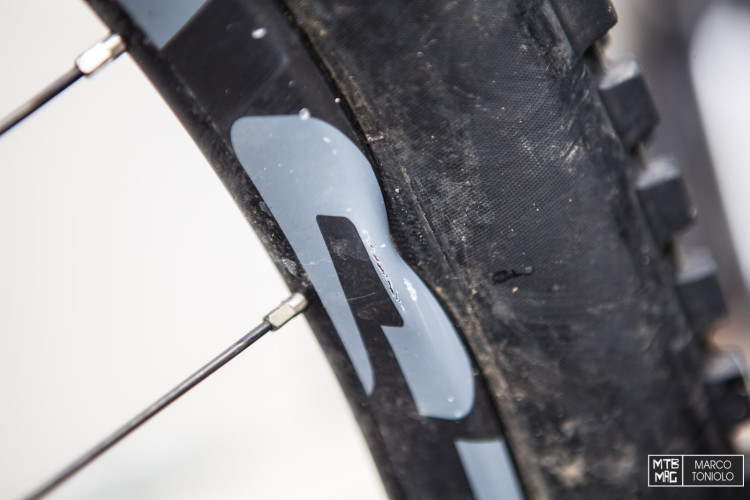 Basically, the Bronson is more downhill oriented, more stable and more fun in rough downhills, especially with the 150mm fork. The 20mm on the rear is not a big deal if your usual terrain is alpine terrain. In this case, I prefer having a longer travel on the front than on the rear, for three reasons:

The best of both worlds? Probably a 5010 with a 150mm fork. Since February 2015 I have been riding the old 5010 with such a fork, feeling comfortable on most trails: technical uphills, long downhills, epic rides. I just left no spacers under the stem, to prevent the front wheel from popping up on the steep climbs.

The Bronson and 5010 update is quite a big one. With the new VPP linkage Santa Cruz gives these two bikes a modern geometry that meets the need for downhill stability and agility, improving overall stiffness and performance, even in the cheaper carbon version C. The C builds are a good opportunity to buy great frames at a reasonable price, with a well thought out spec that does what riders want: simply put, it works.

A Day With The Santa Cruz Syndicate

[VIDEO] FINALE PRESENTS The 6 stages OF THE EWS ROUND 8