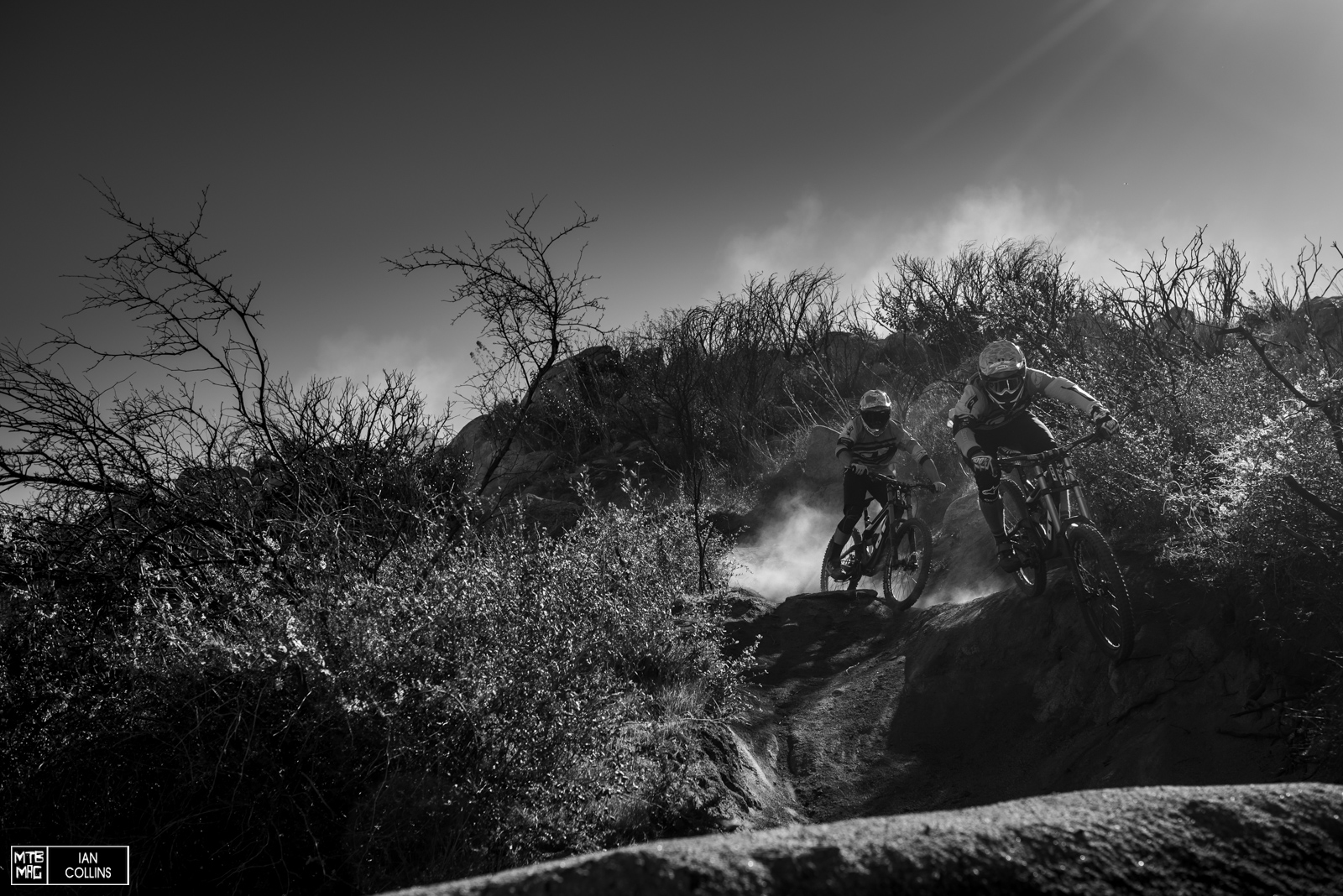 [ad3]
During one of the, if not the first ride together as the new GT Factory Racing team, we had a day of shooting with both the DH and Enduro male athletes out at Lake Elsinore in California. Brook MacDonald, Sam Dale, Wyn Masters, Martin Maes and Jackson Frew kept us on our toes last week to say the least. 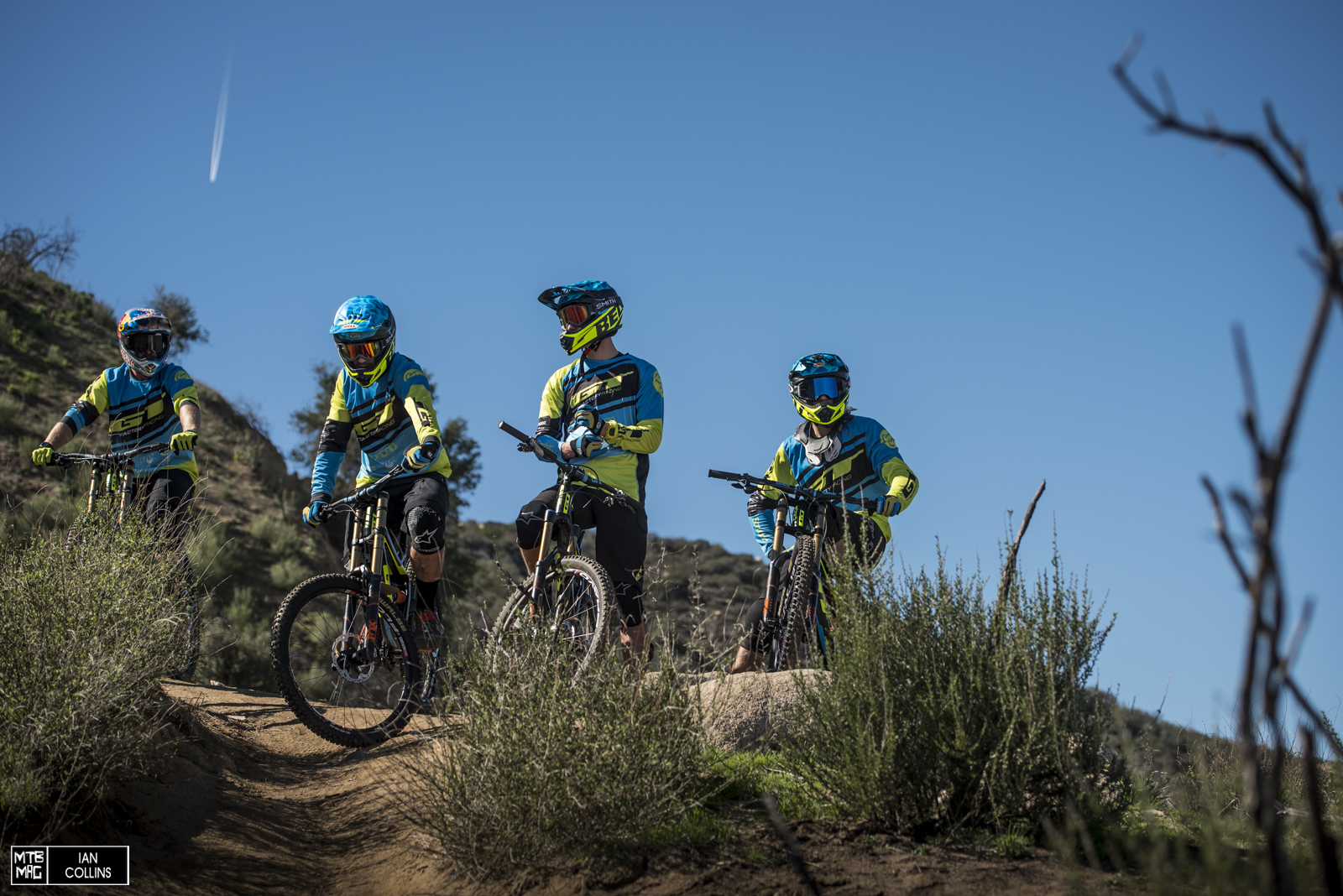 Four out of five…Where’s Wyn? 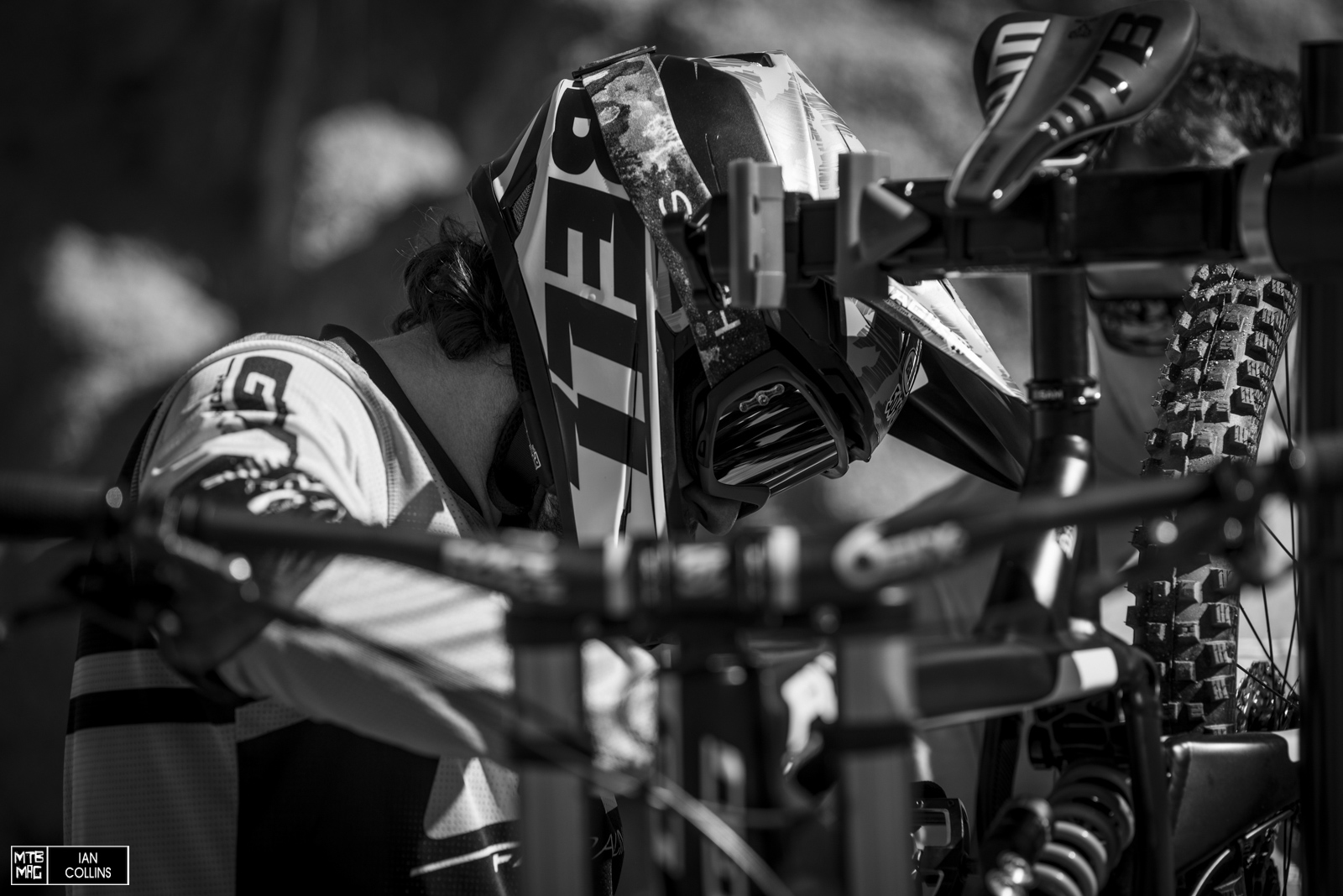 Sam Dale getting a little bit of last minute bike prep in.

Dropping in. Wyn pulling Brook through the first few turns. 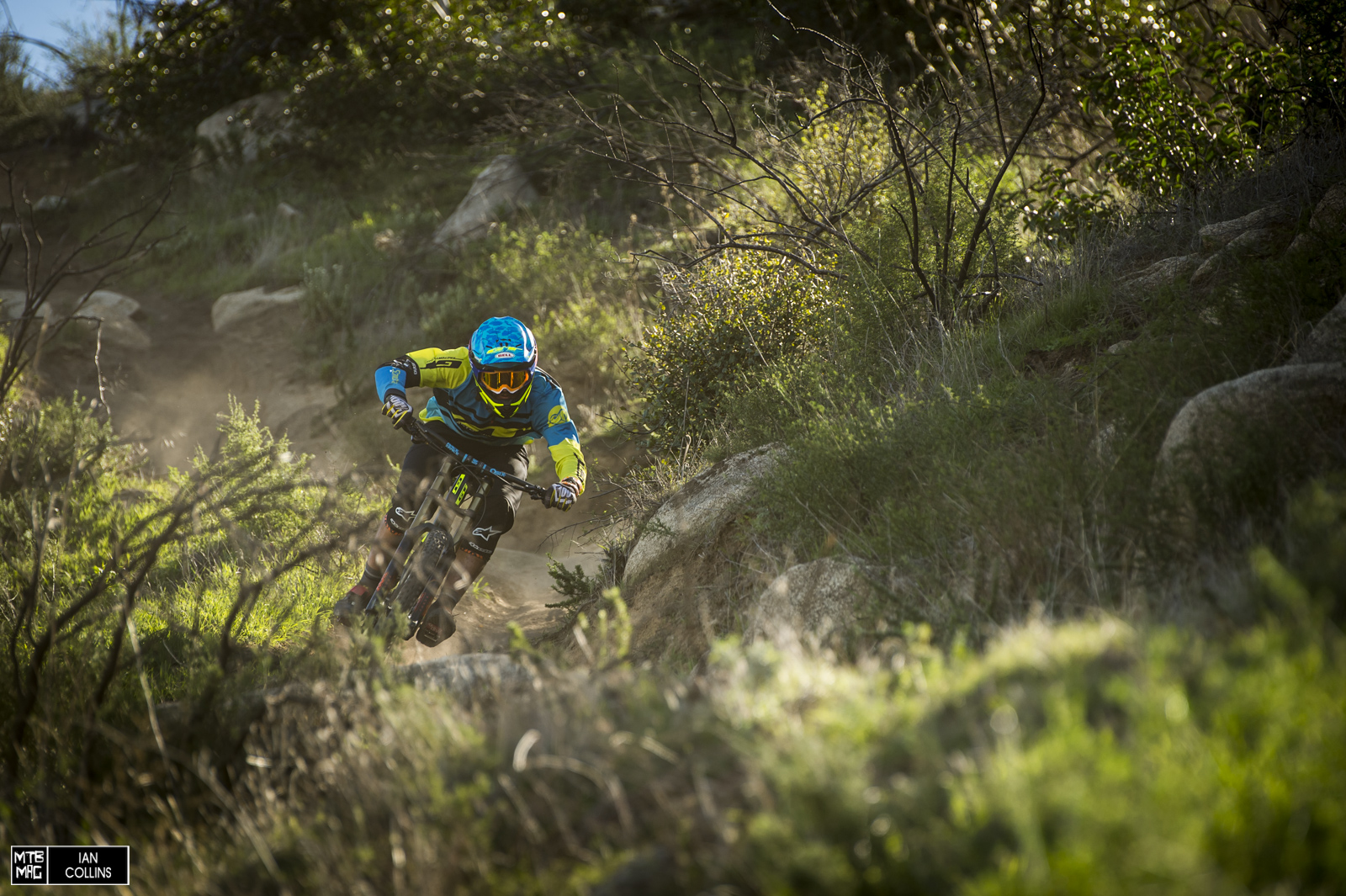 Wyn getting comfortable and up to speed right away. 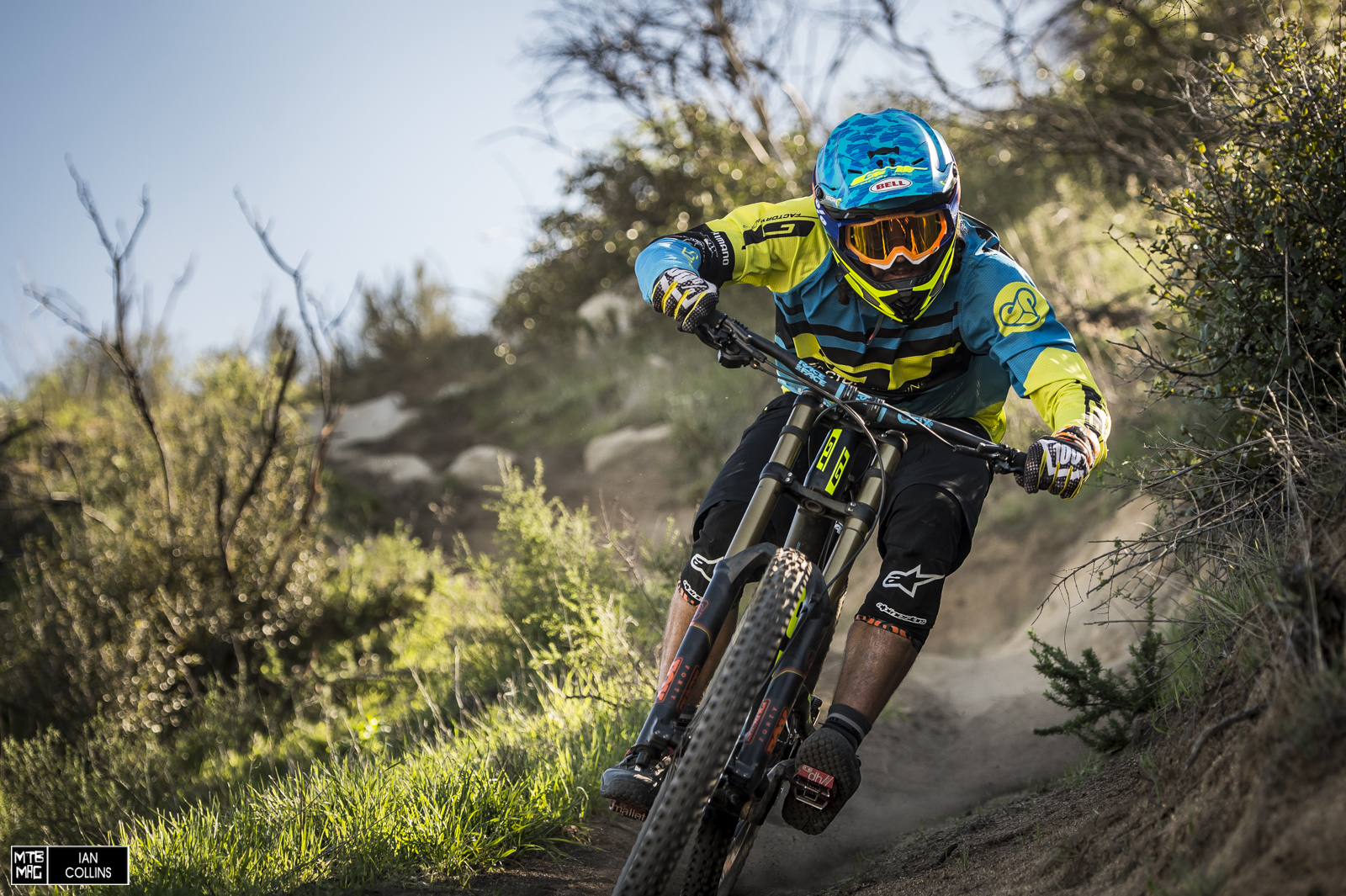 Despite a wet winter, it’s still quite dry in California. 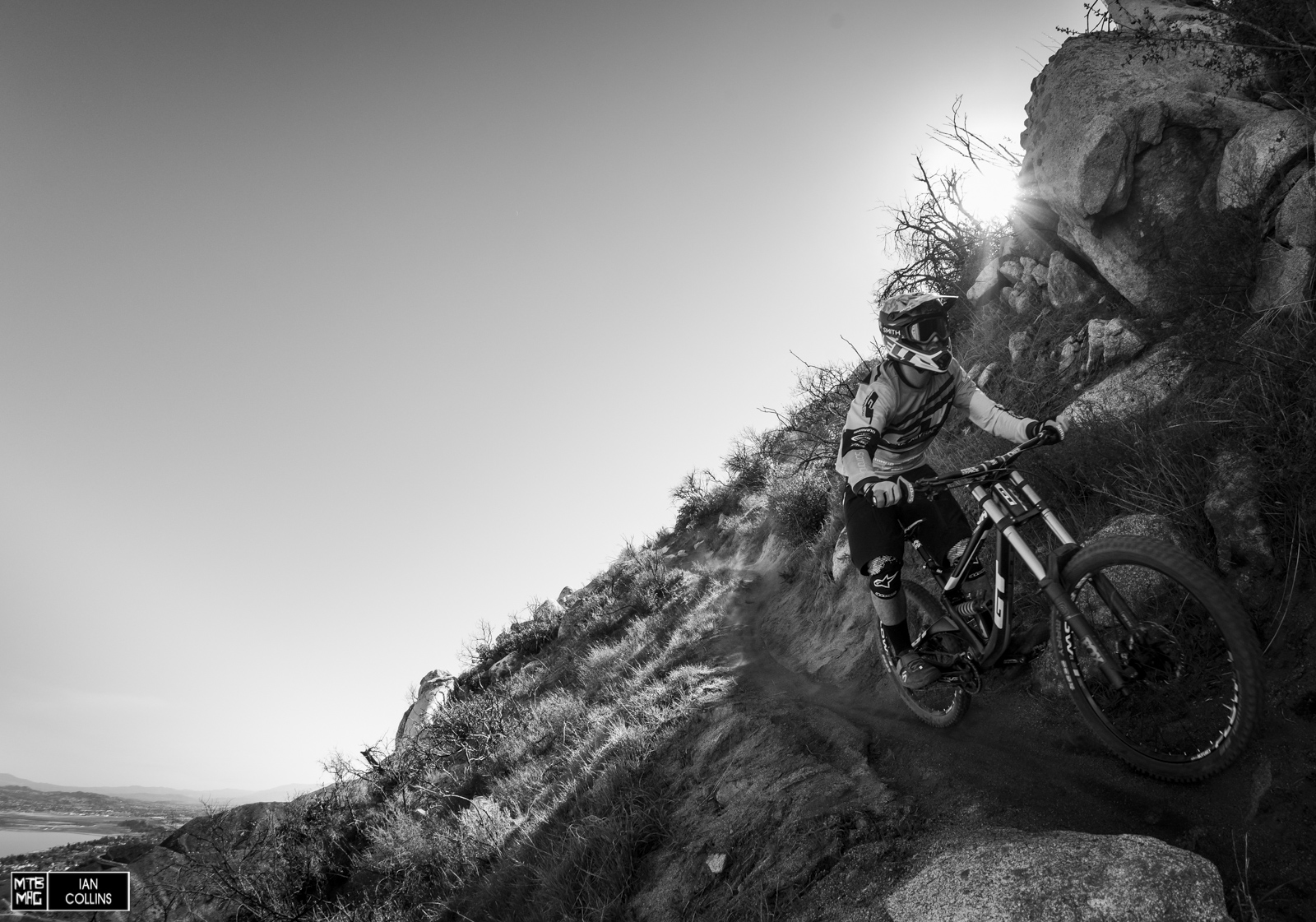 A freaky perspective of Sam Dale coming right at us. Sam is not small and we wouldn’t want to be run over by him. 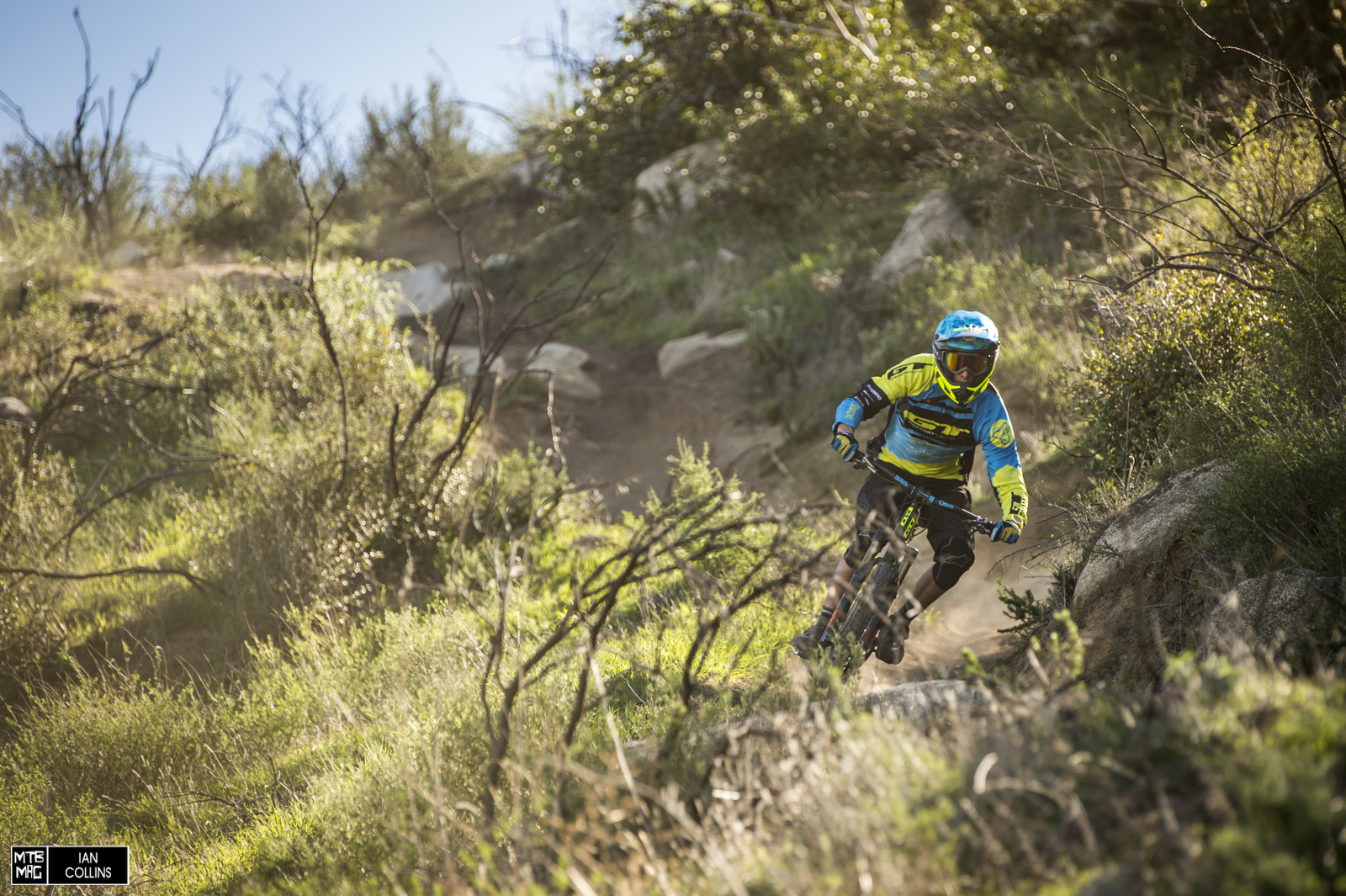 One of the reasons that Martin Maes is so fast is that he rides his Sanction ALL the time. Even on burly DH tracks. He keeps up with the others just fine. 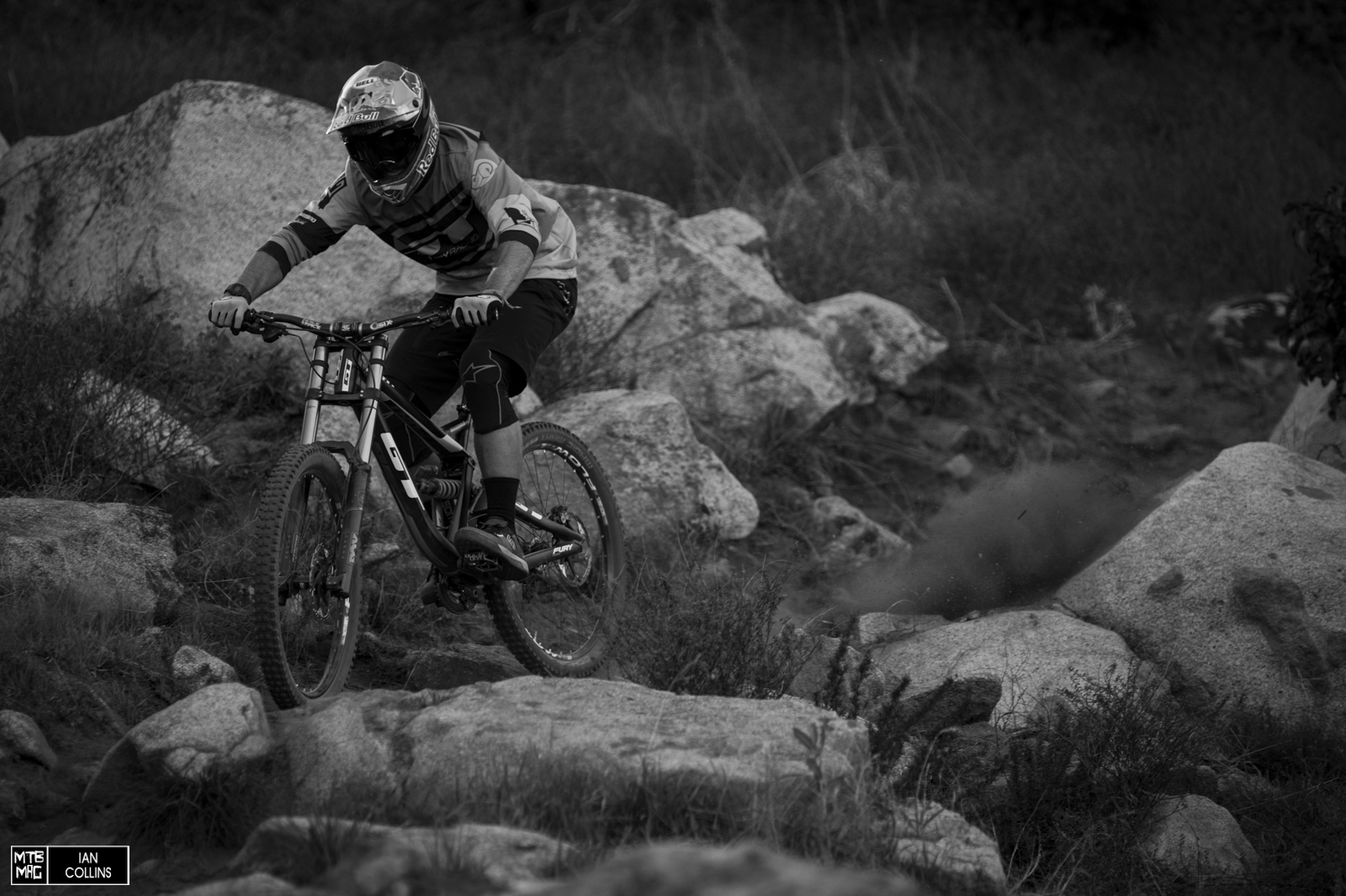 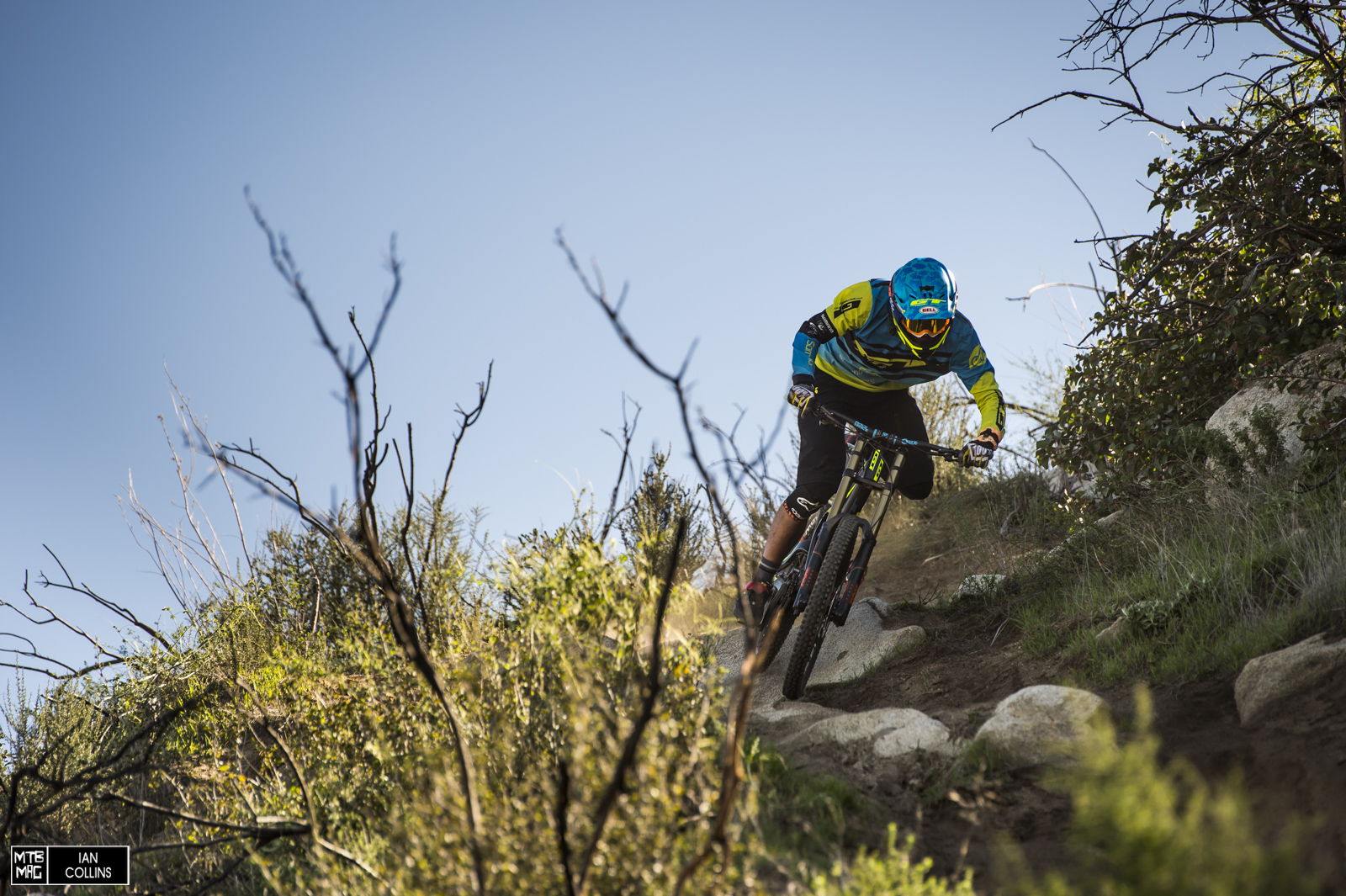 Wyn getting a little sketchy on the way into one of the early turns. 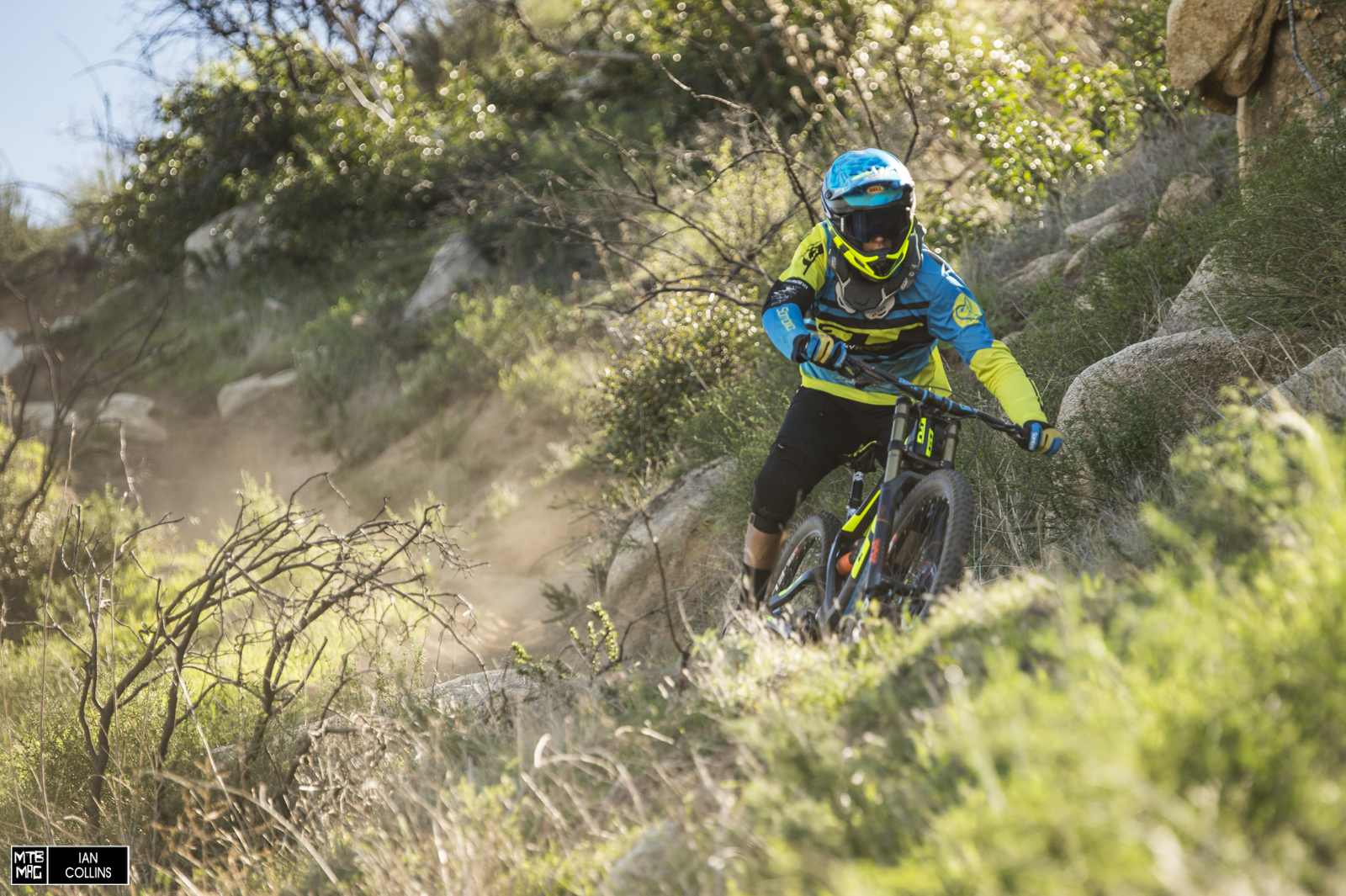 17 year old Jackson Frew is new to the factory team and will likely do big things. 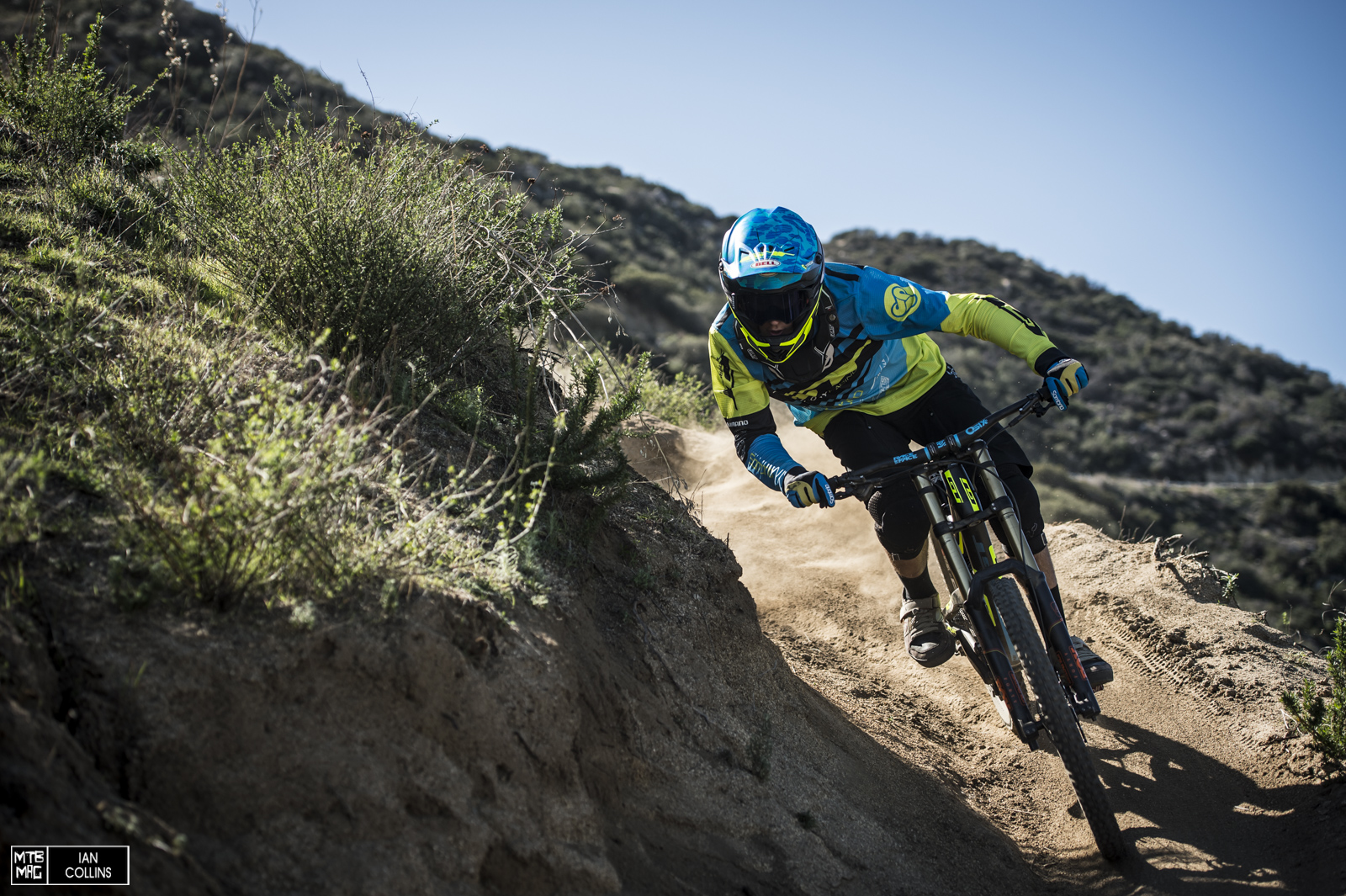 Jackson is stylish as ever…even in the occasional awkward corner. 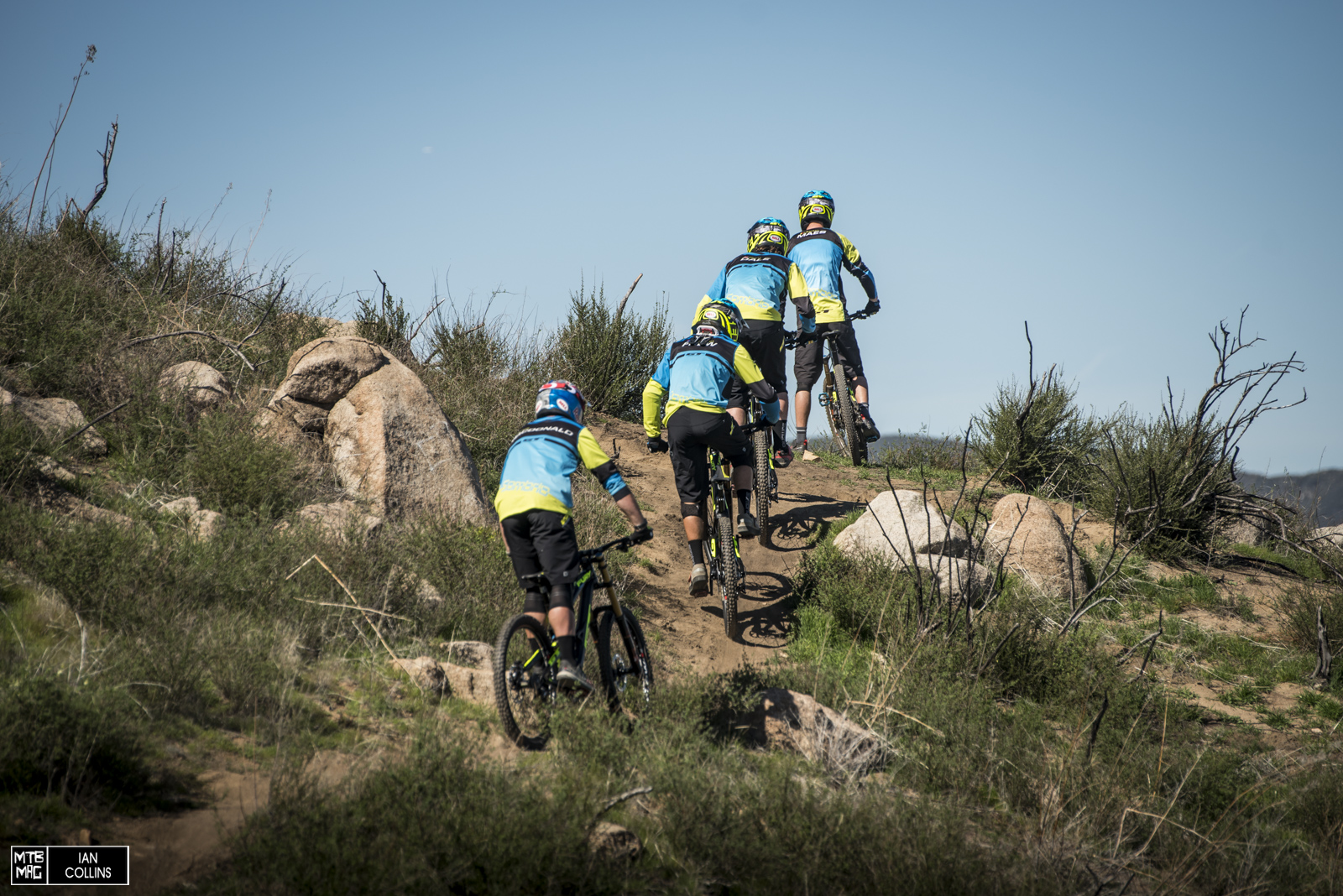 Back up for another lap. 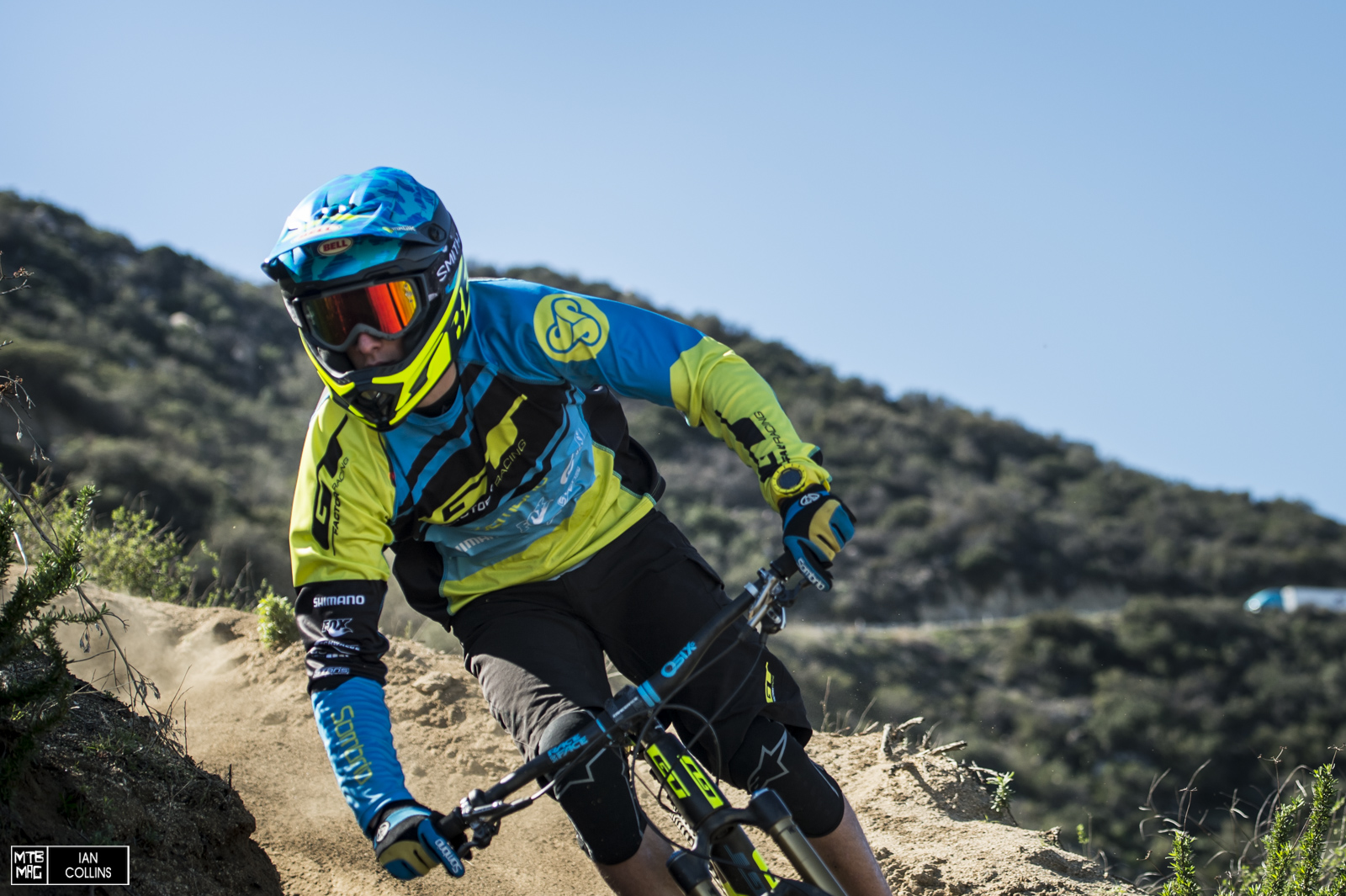 Martin up close and personal. 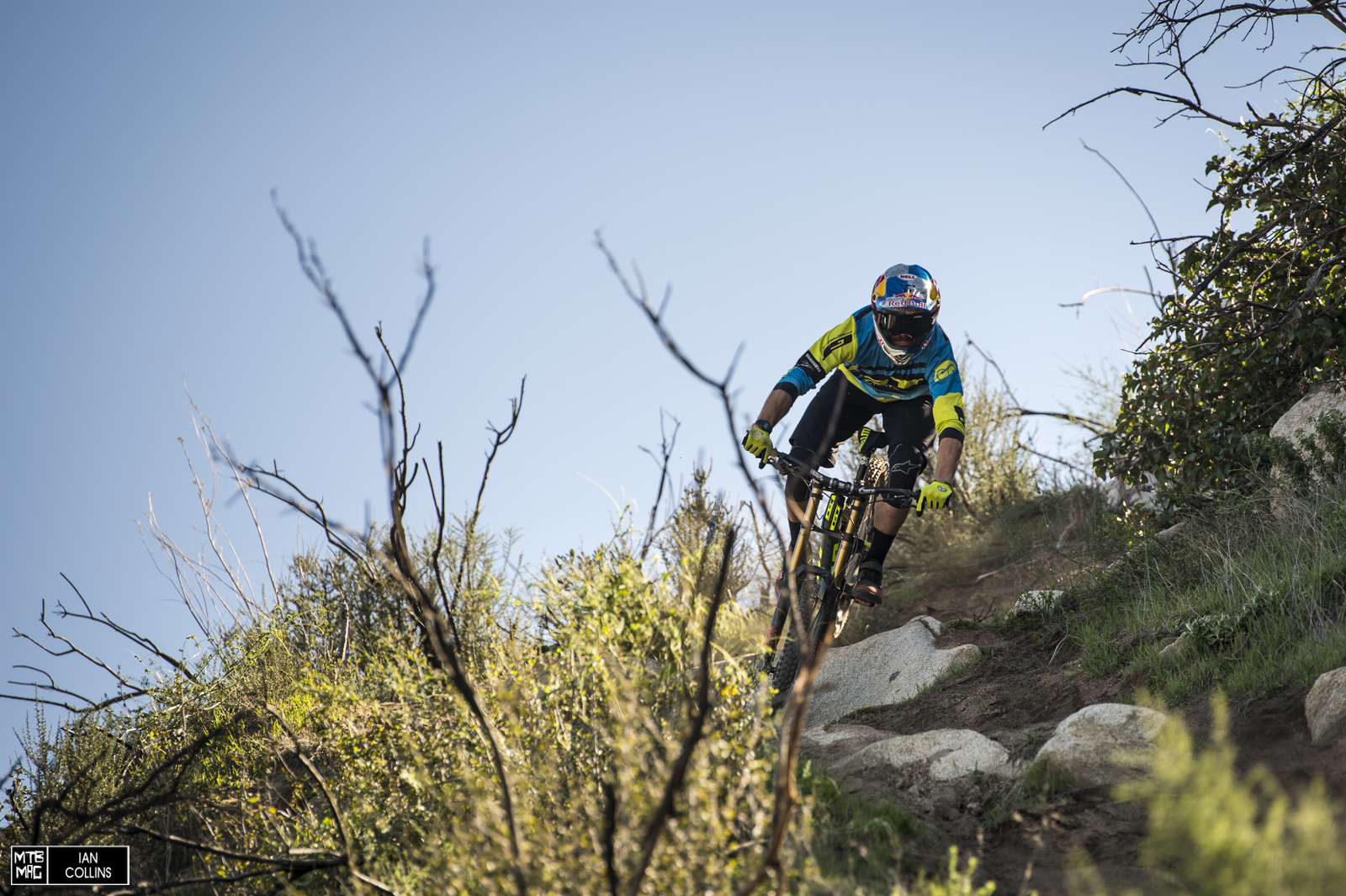 Brook is always on the gas. 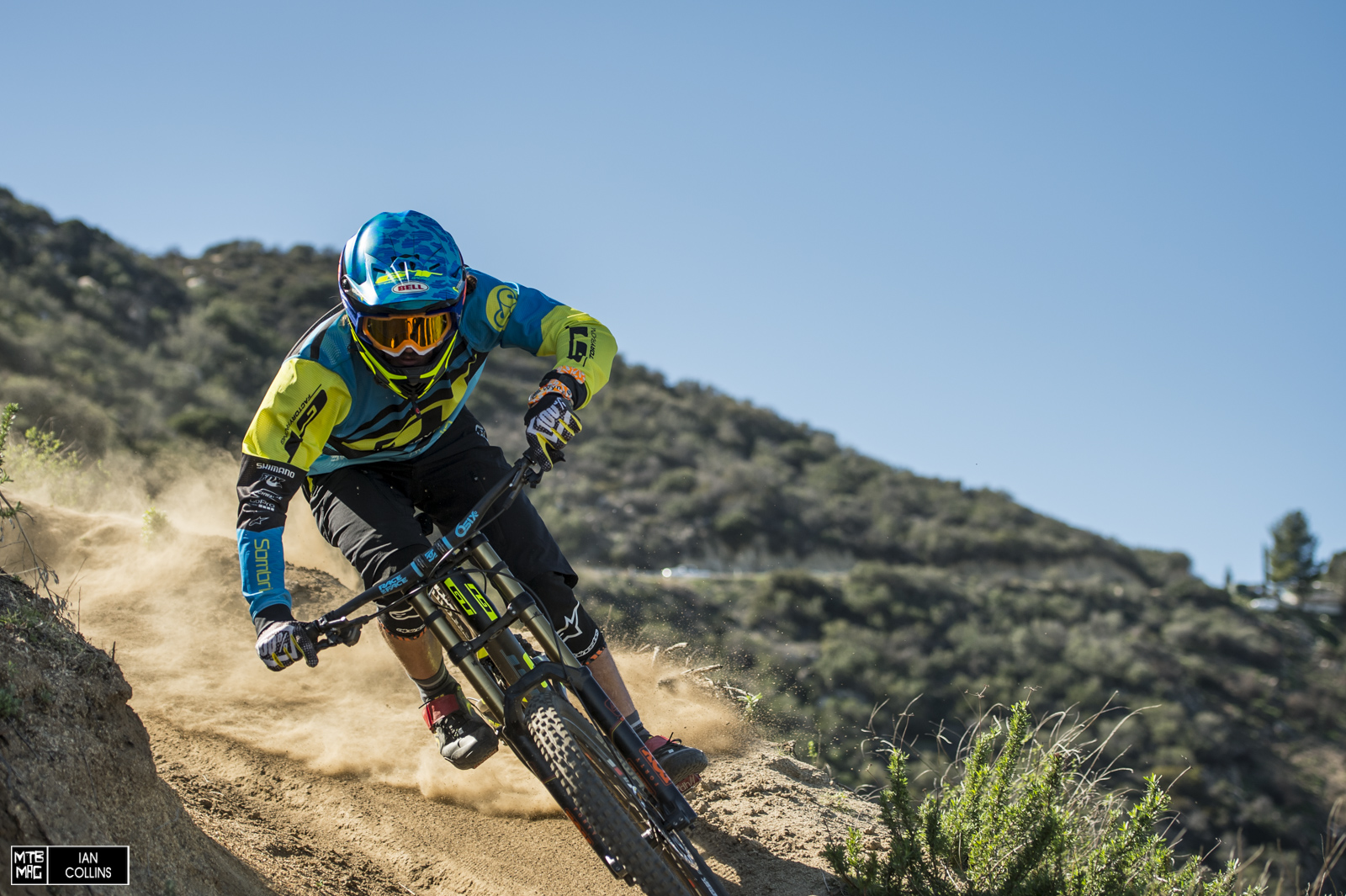 Wyn letting it slide on the edge of a cliff. 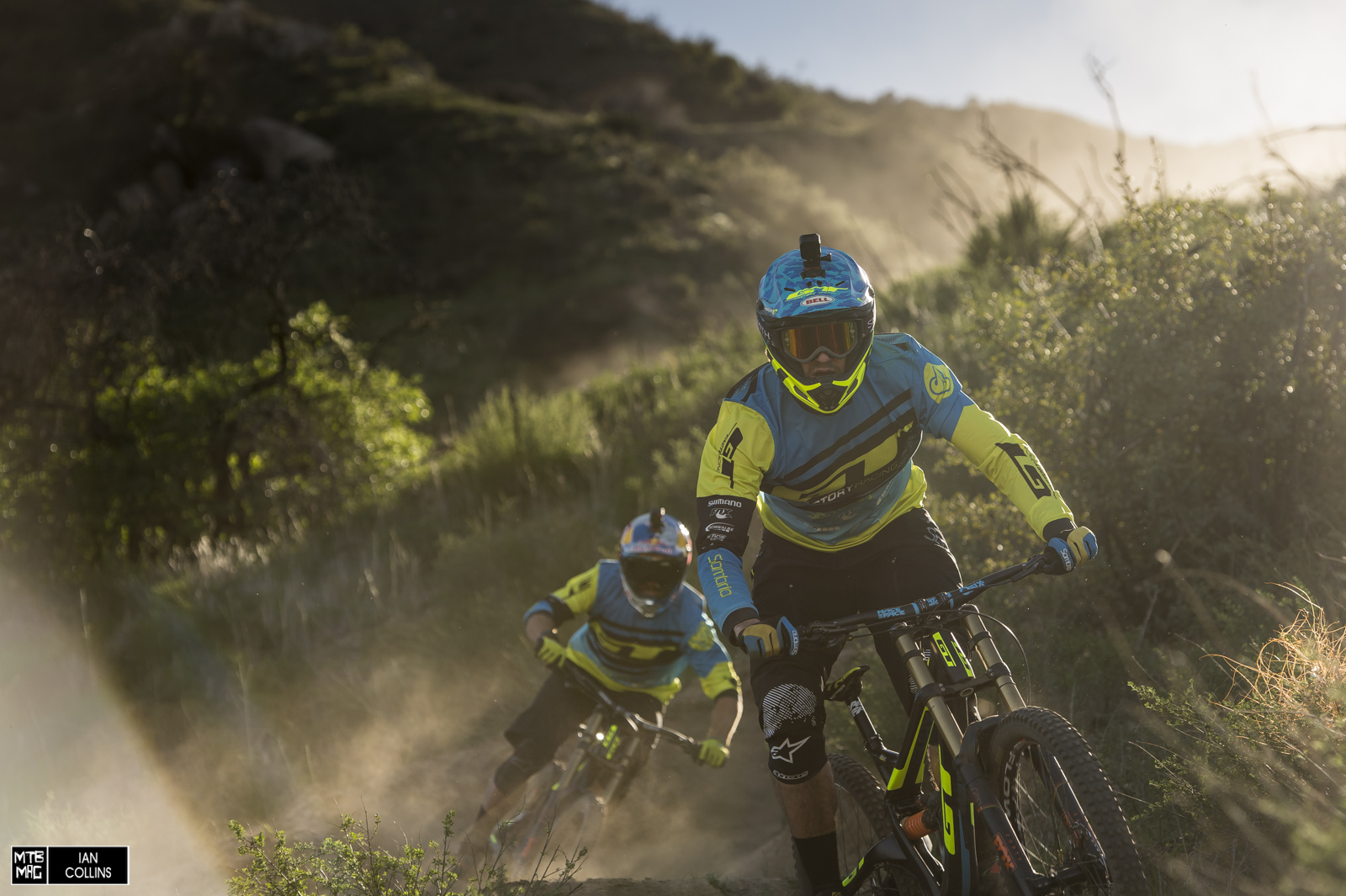 Sam Dale pulls Brook into the last few turns on the track as the sun gets low in the sky. 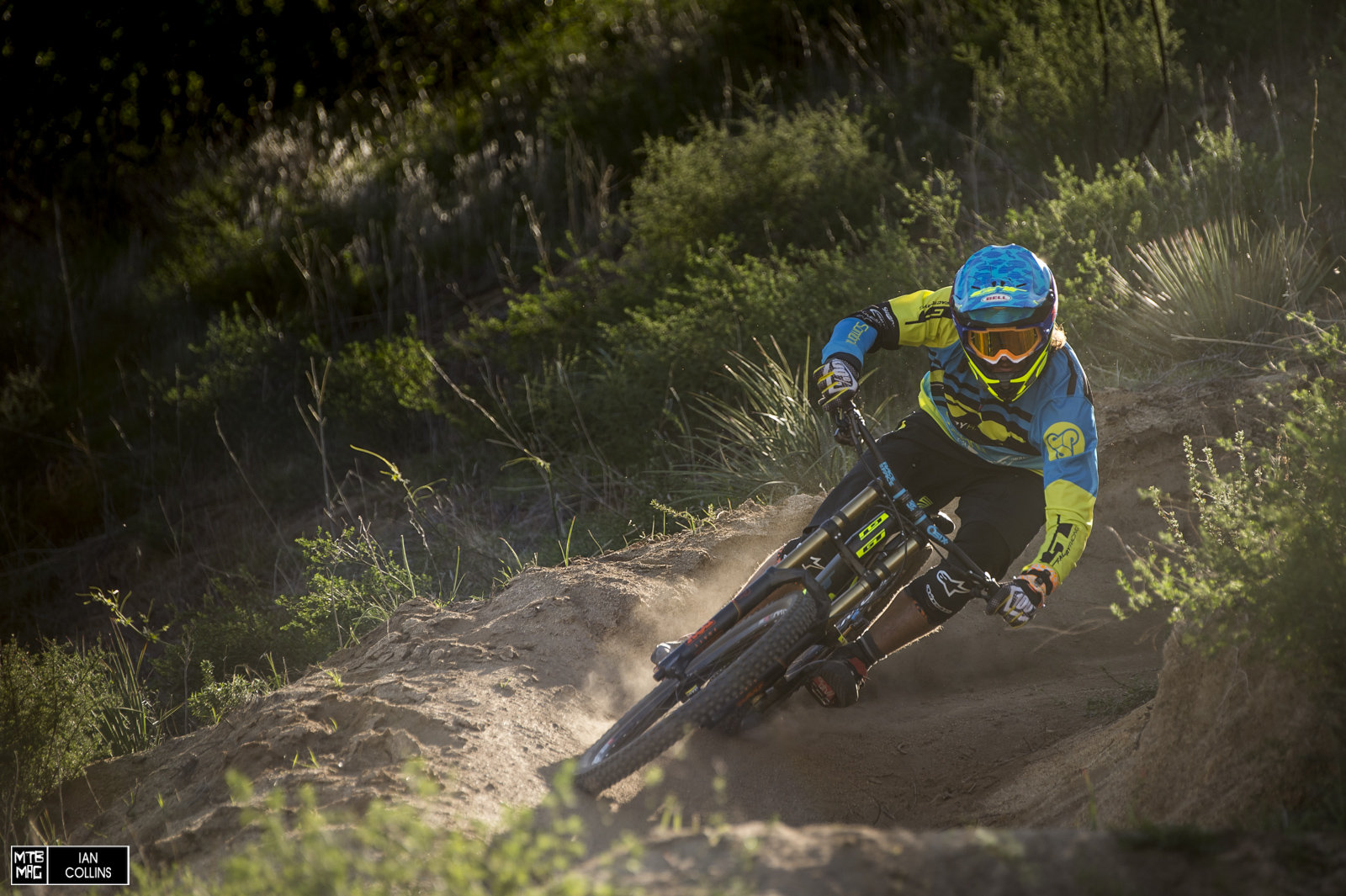 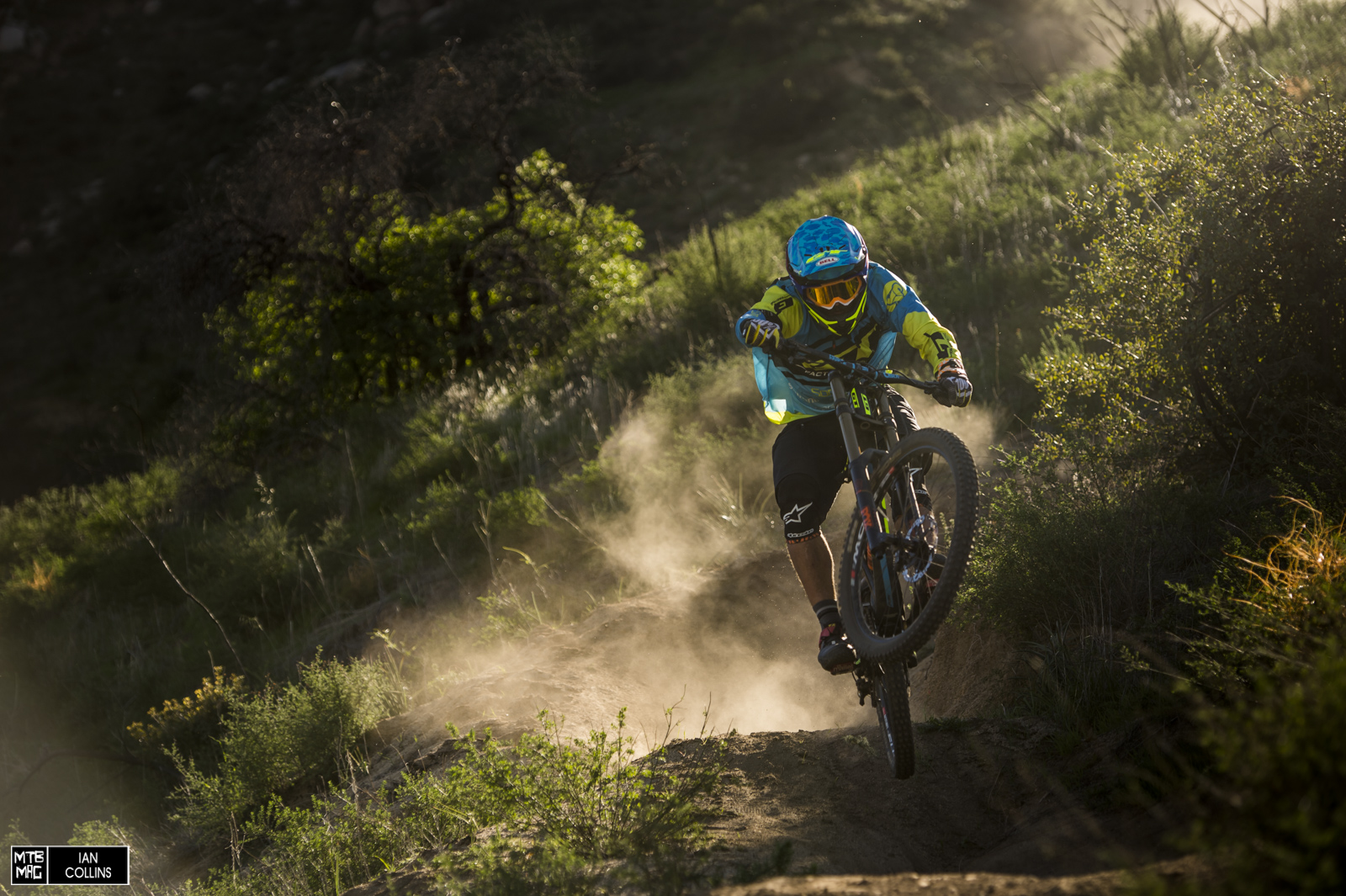 Wyn keeping it low and fast. 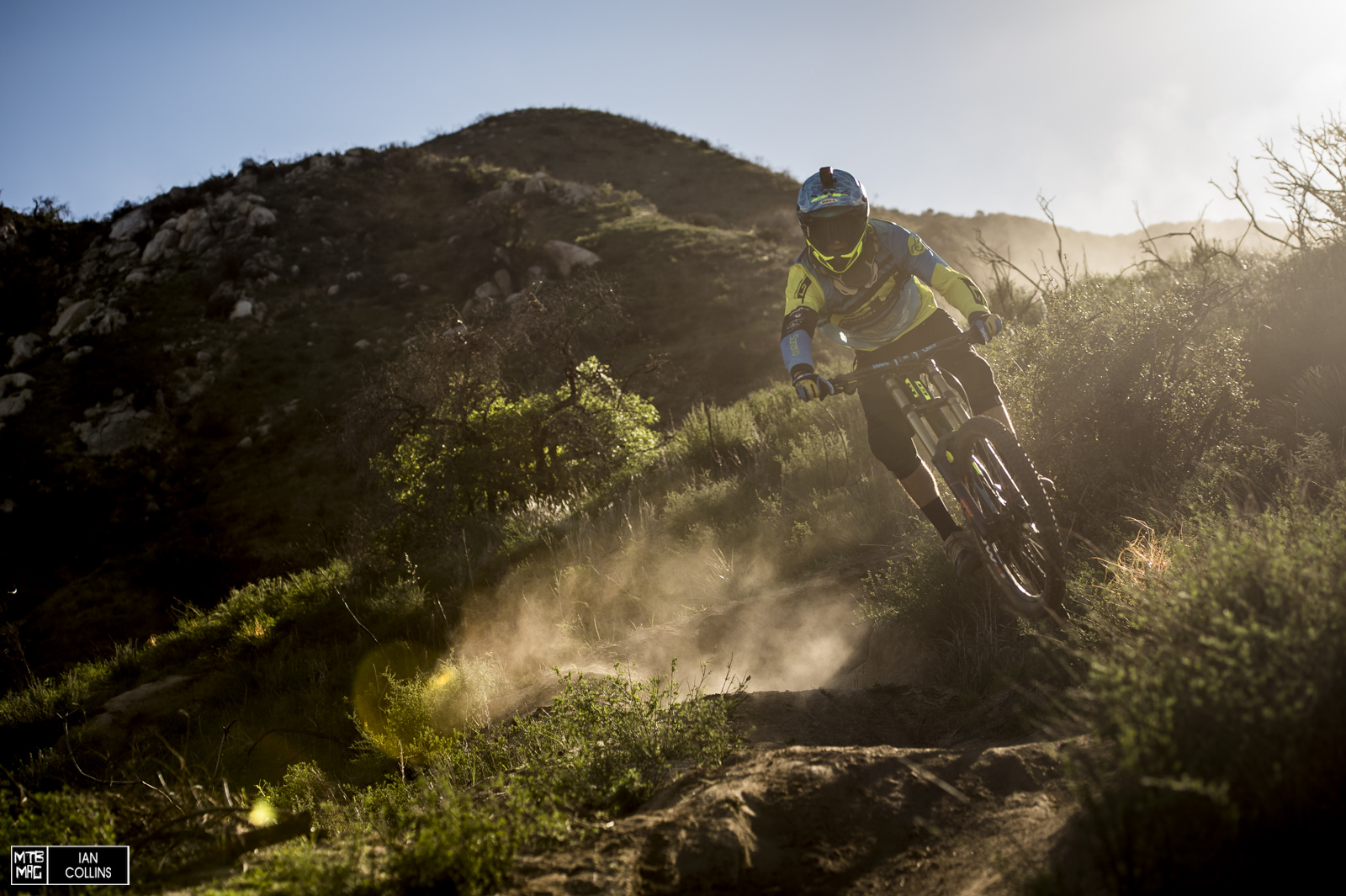 Jackson airing out to the highline. Plenty of ways to do it. 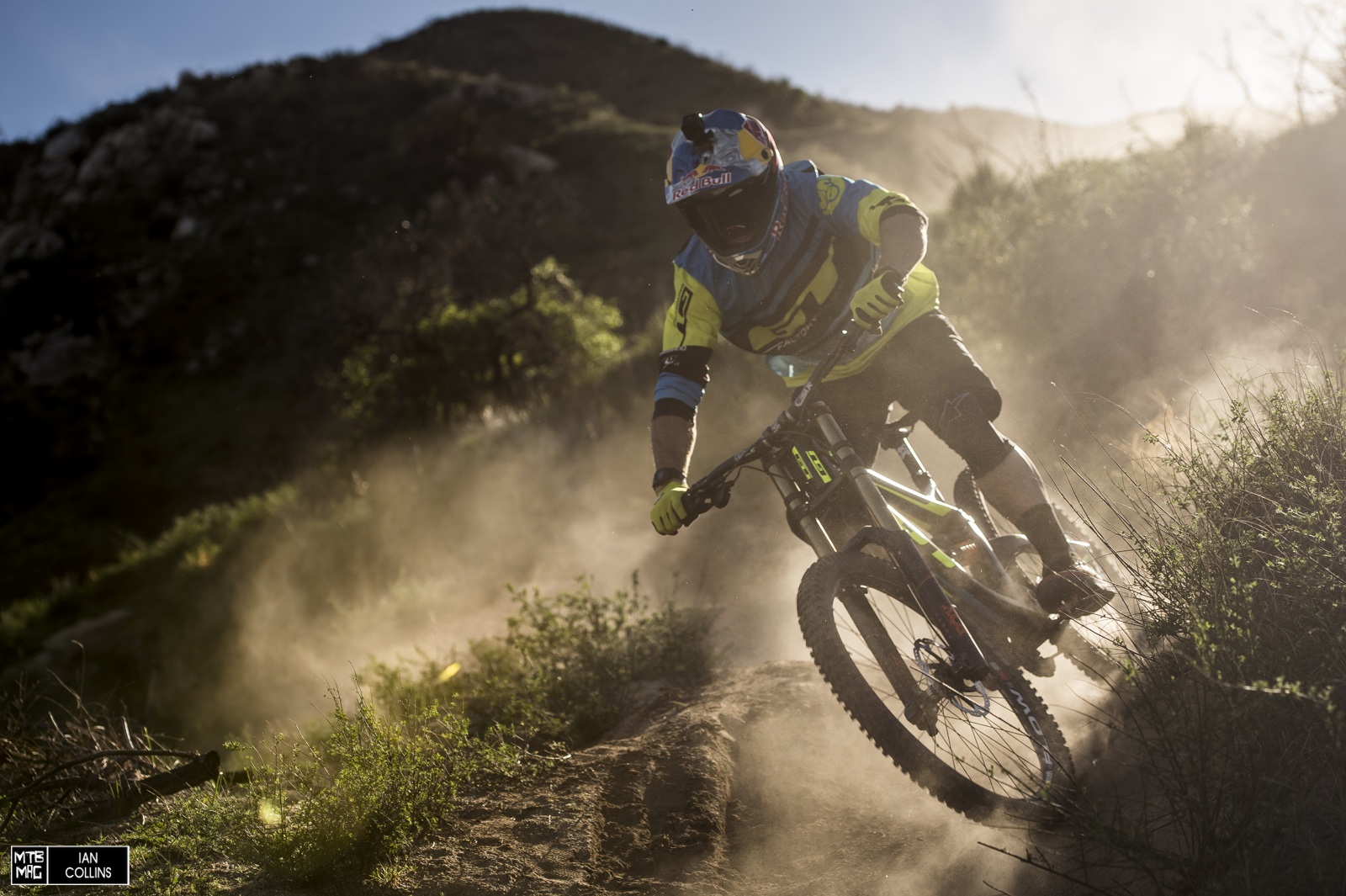 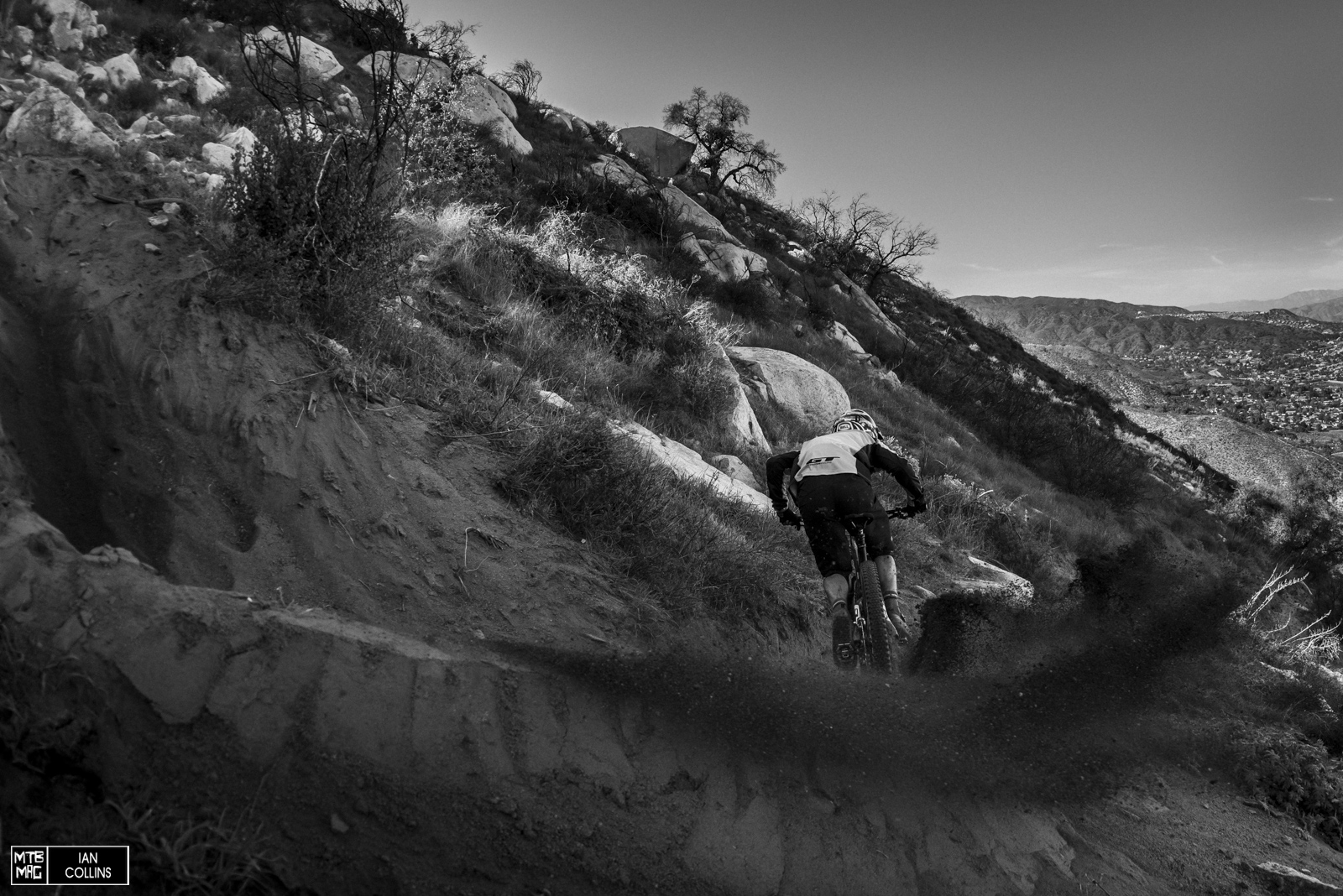 Parting shot : Martin Maes knows how to bash the stuffing out of a turn. He’s looking to back up his Sea Otter Dual Slalom win this year.