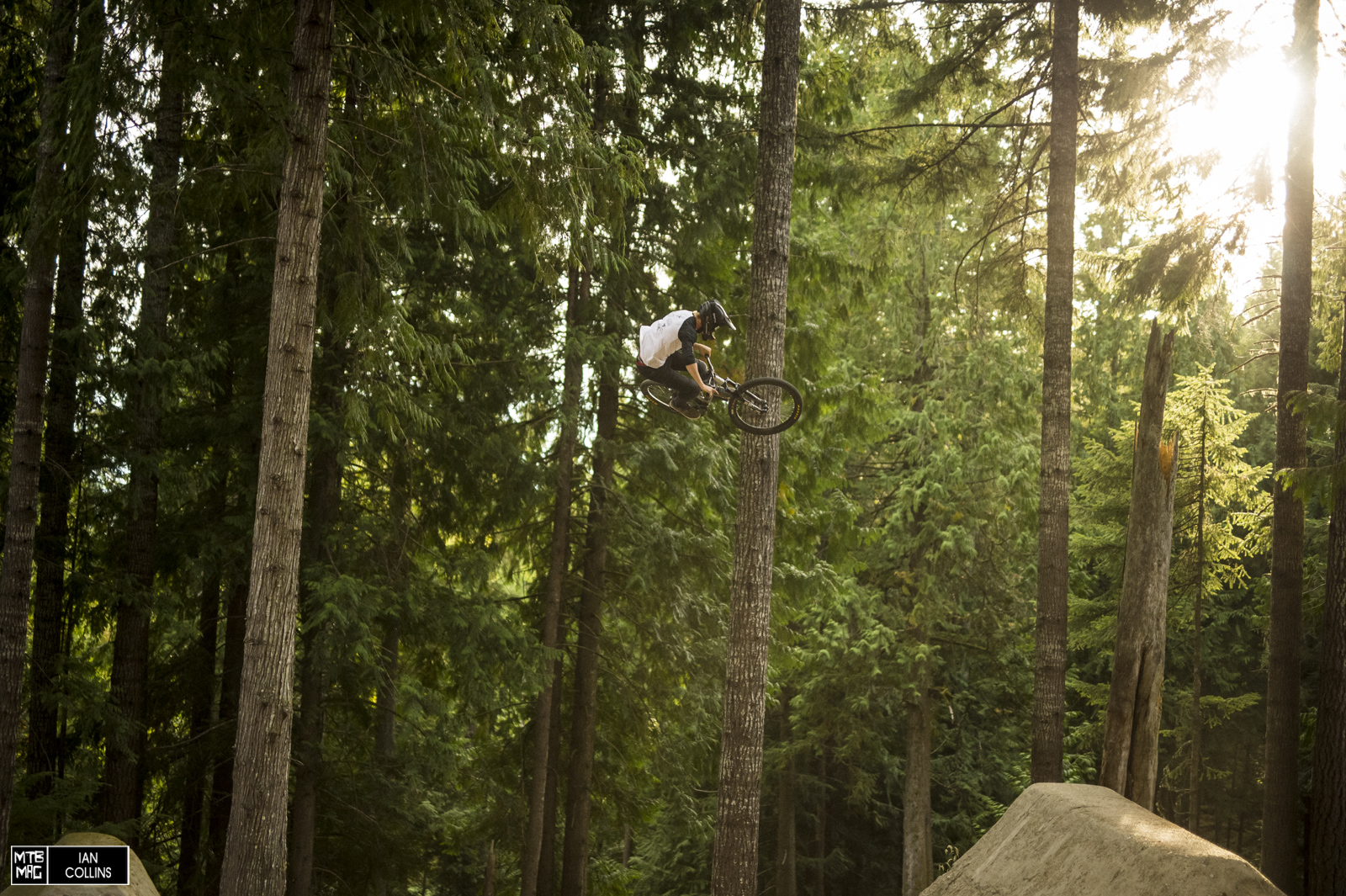 We found ourselves fortunate enough to be on the Sunshine Coast in British Columbia during Logan Peat’s Backwoods invitational. This was the 3rd year in a row that Logan put on the event at Coast Gravity Park and it was another successful one with a great crew, perfect weather and – as expected – huge jumps. Here’s what we saw… 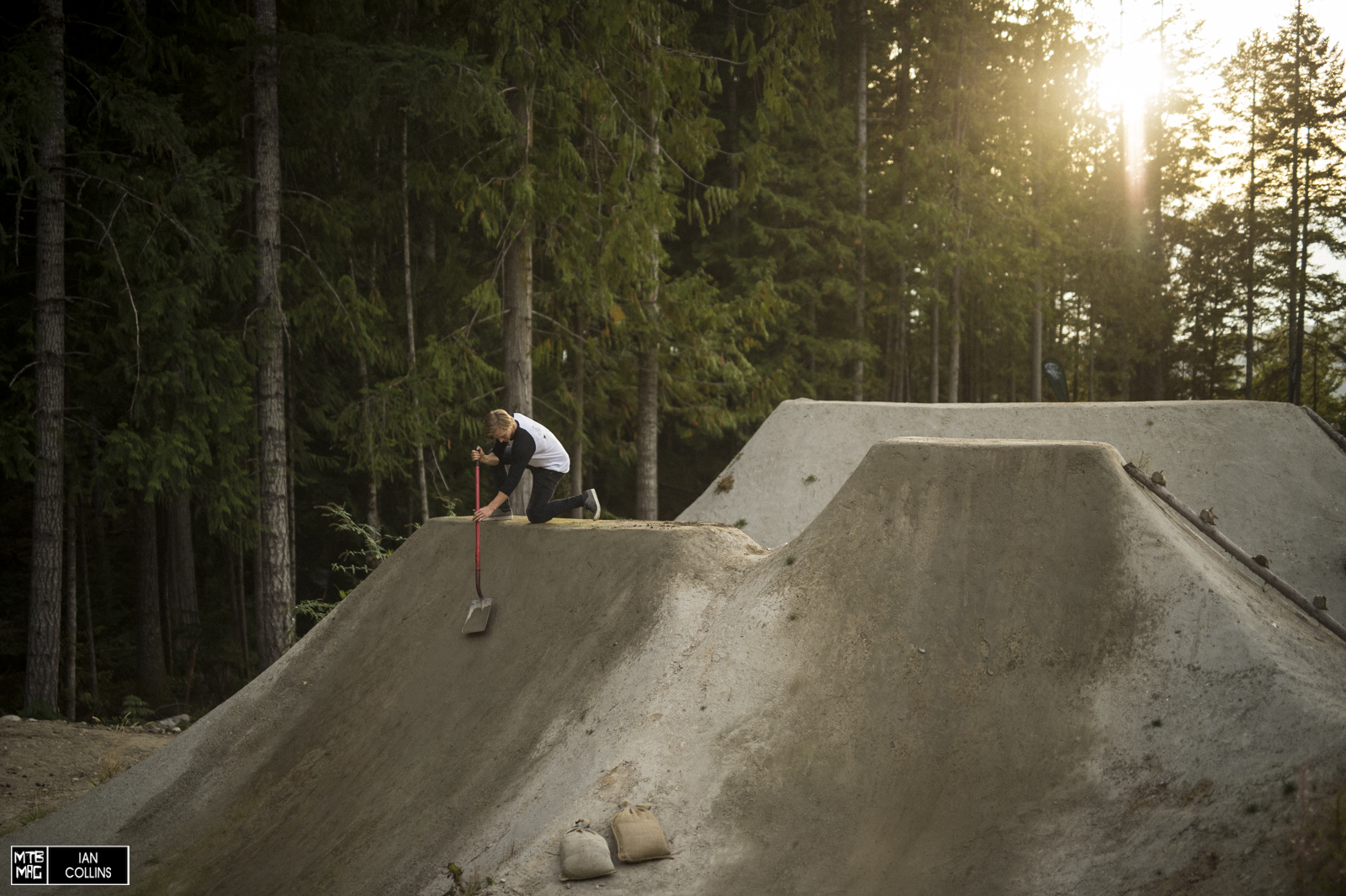 Logan putting the finishing touches on his beauties… 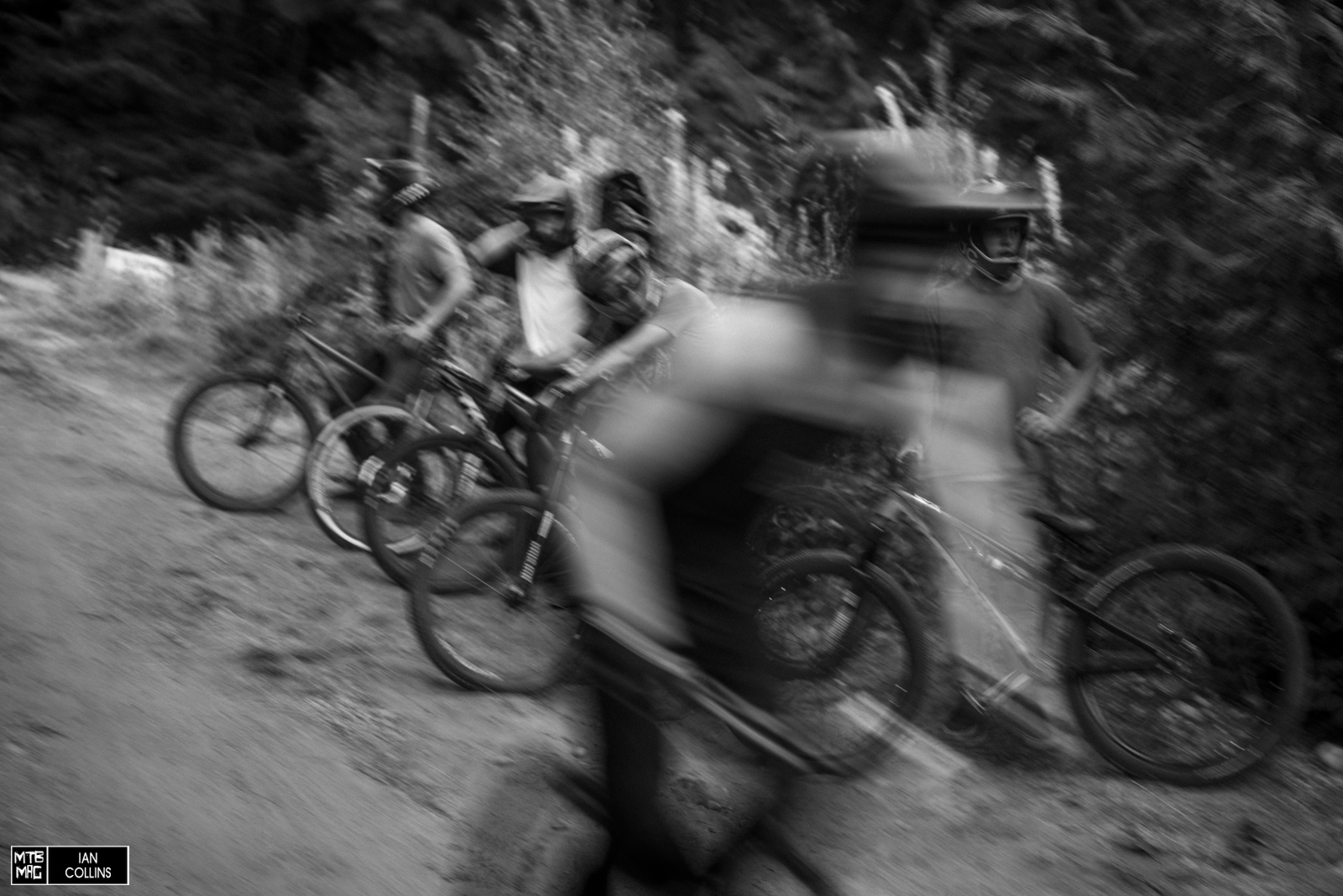 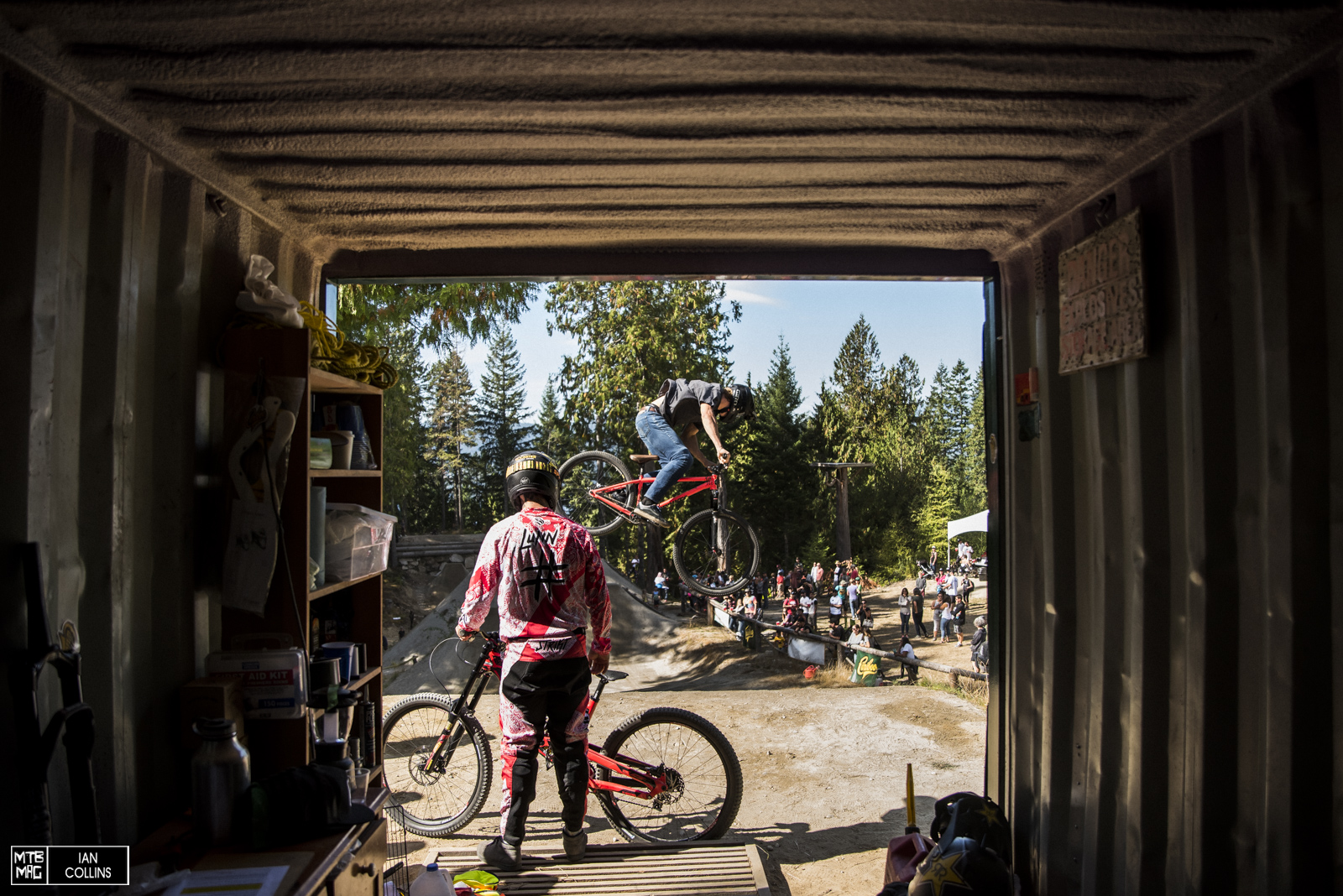 Dustin Gilding – 360 off the shipping container. 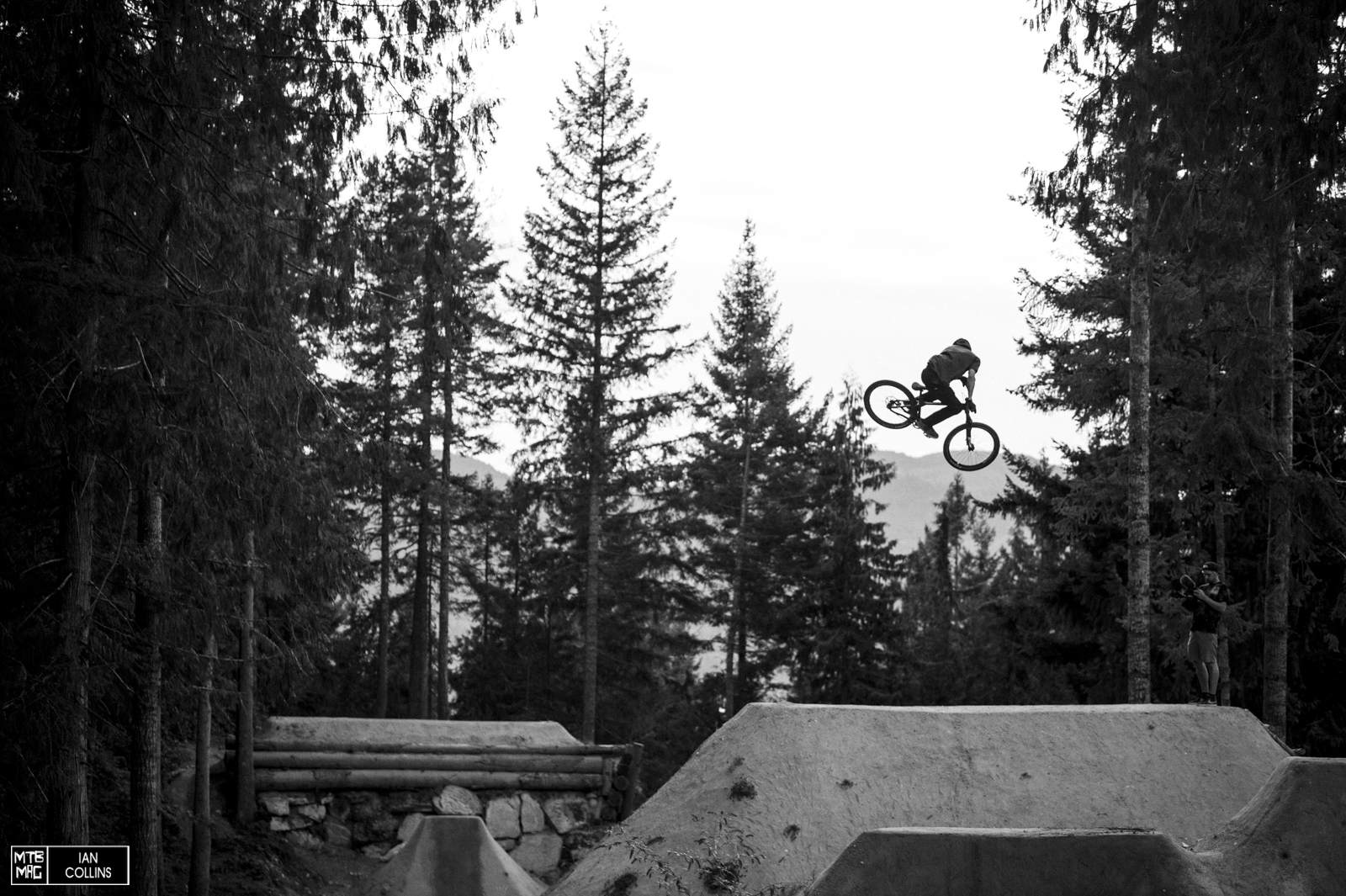 Brendan Howey with a huge whip. 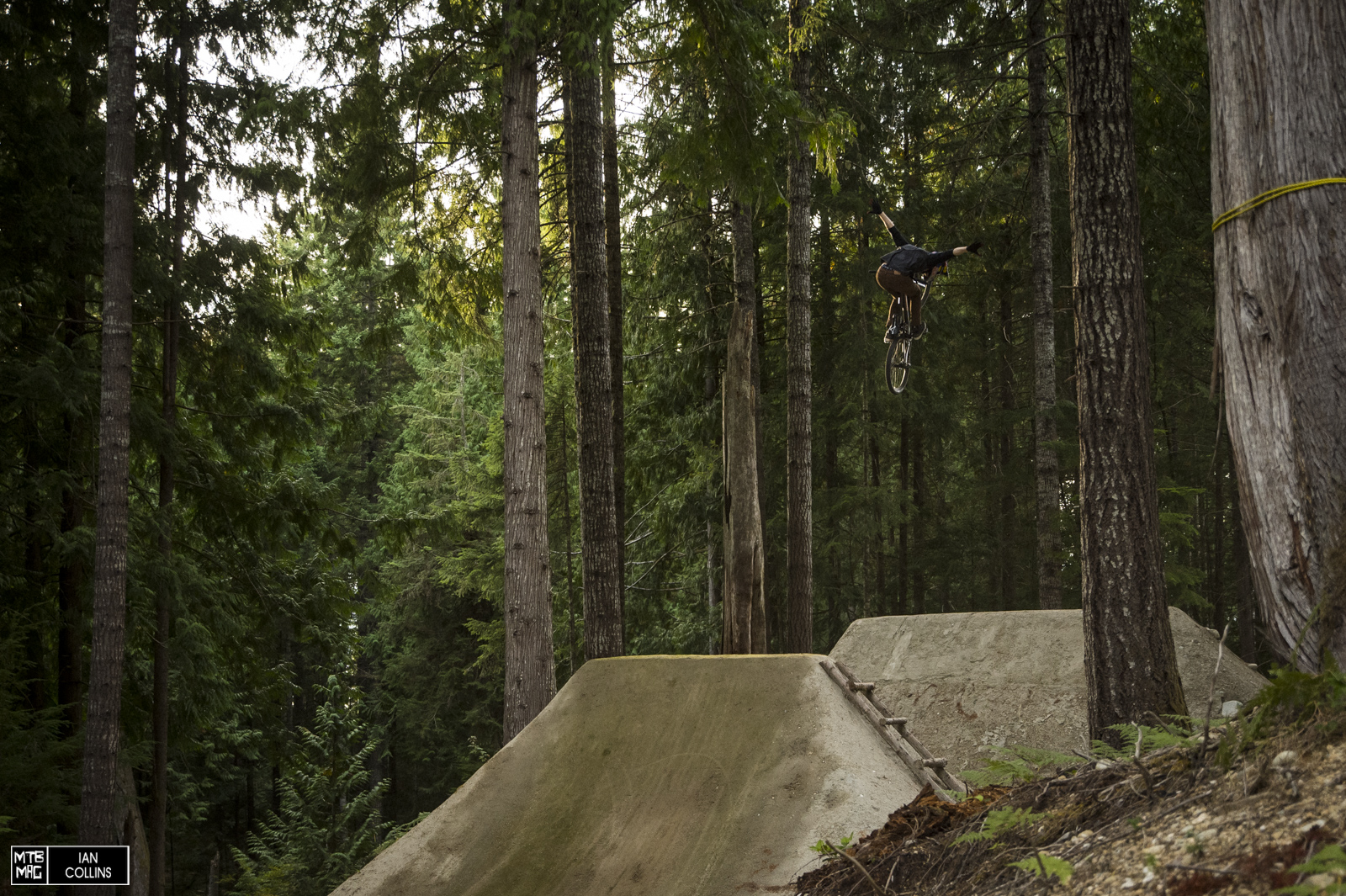 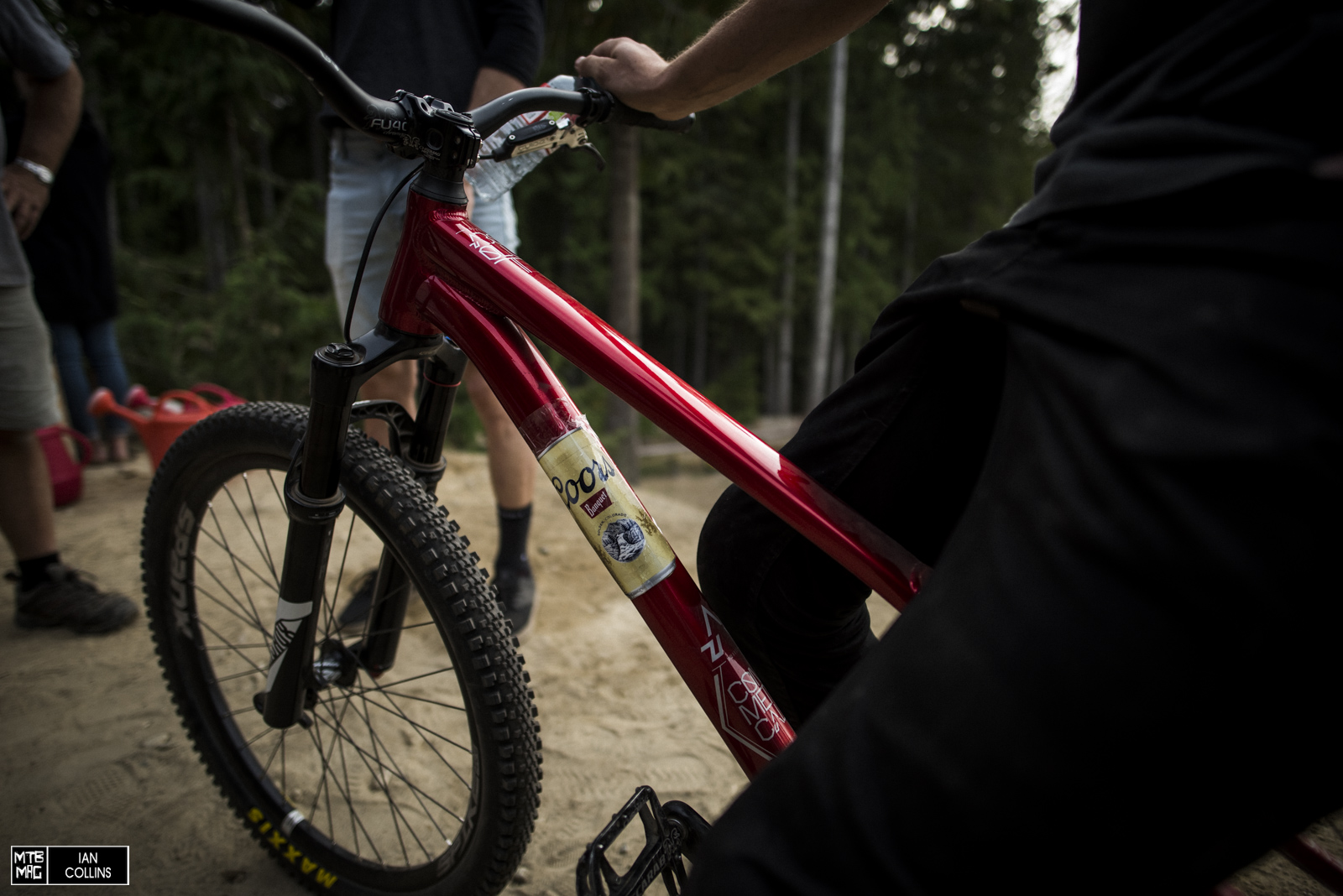 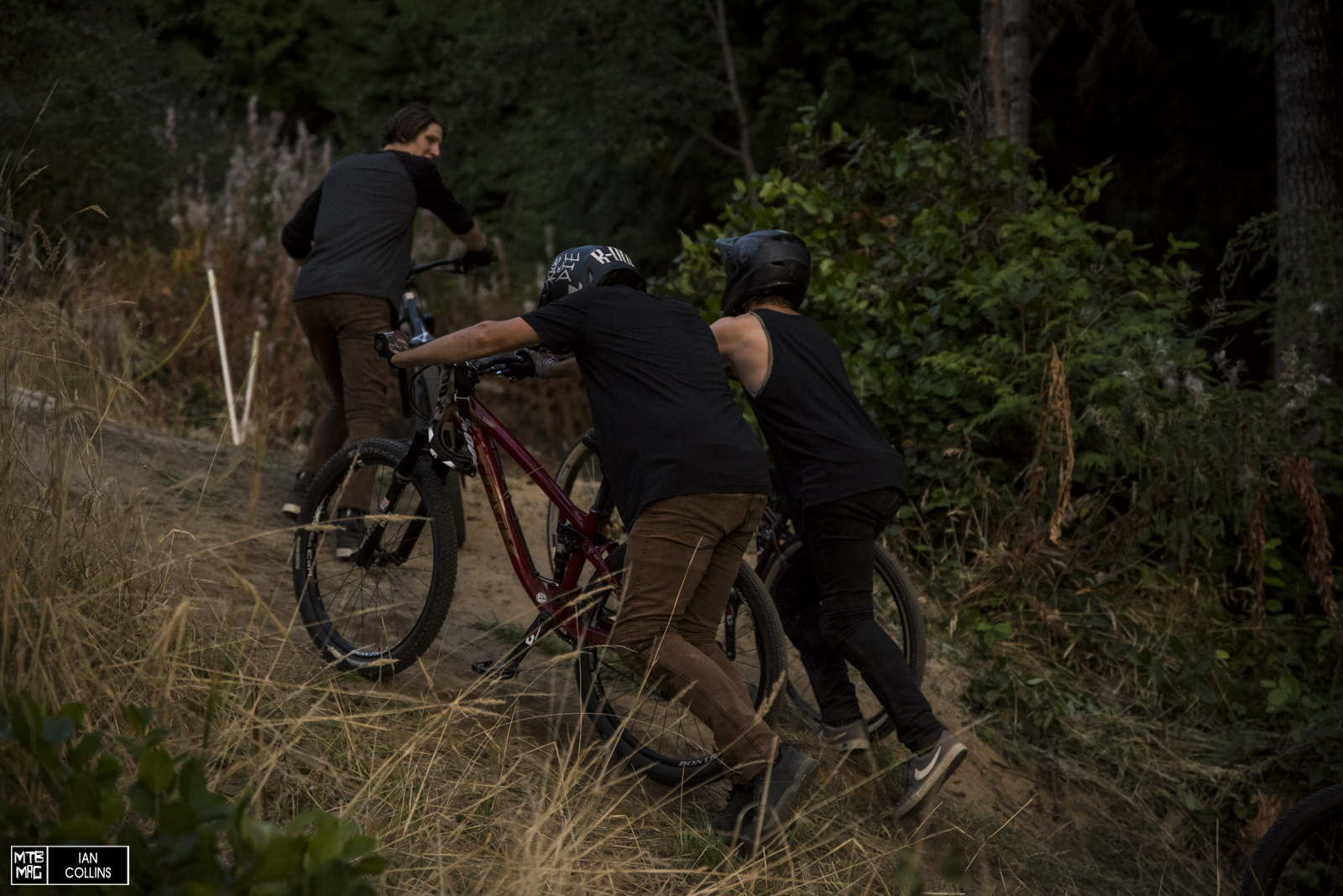 Hustling back up for more… 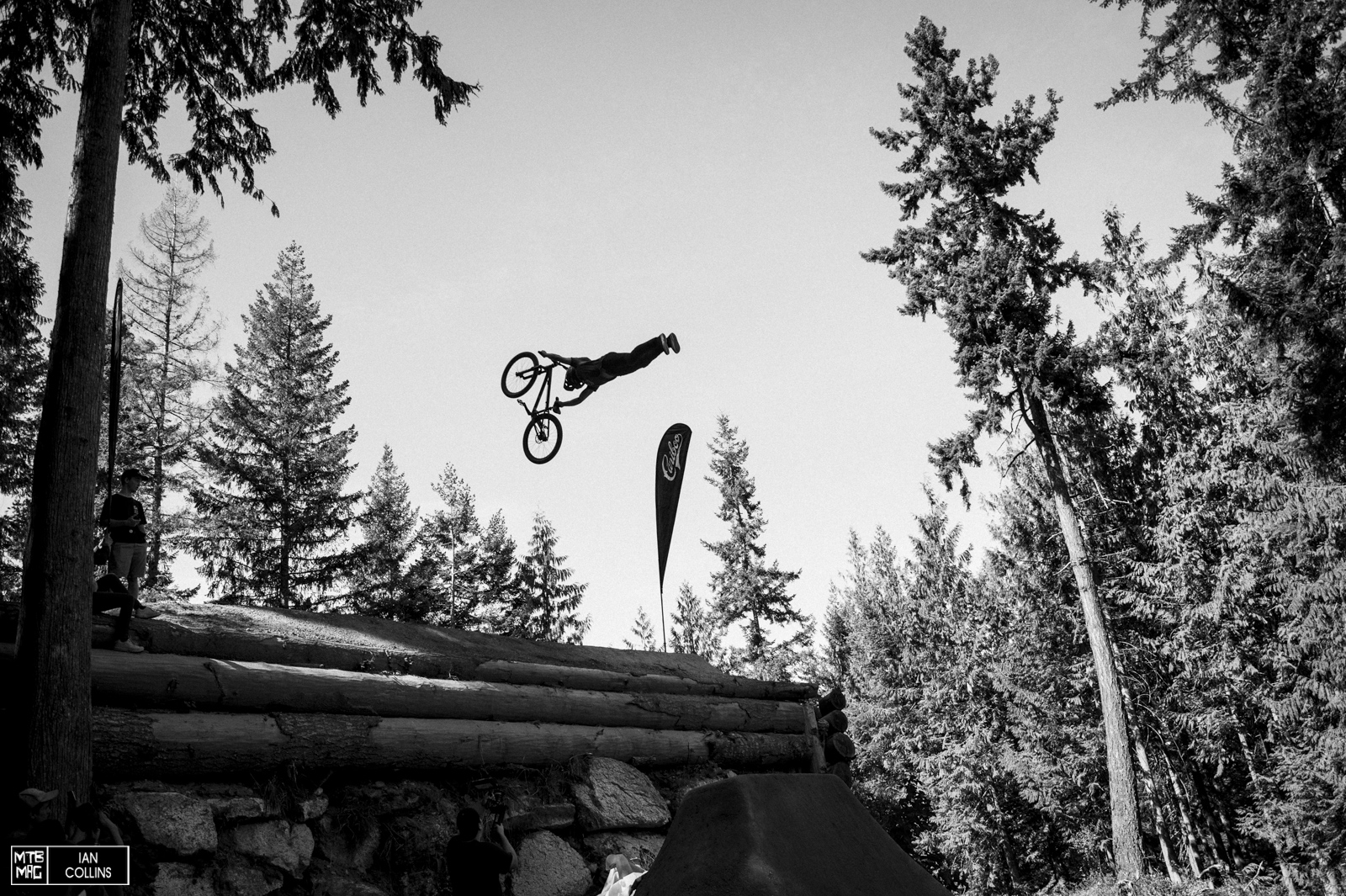 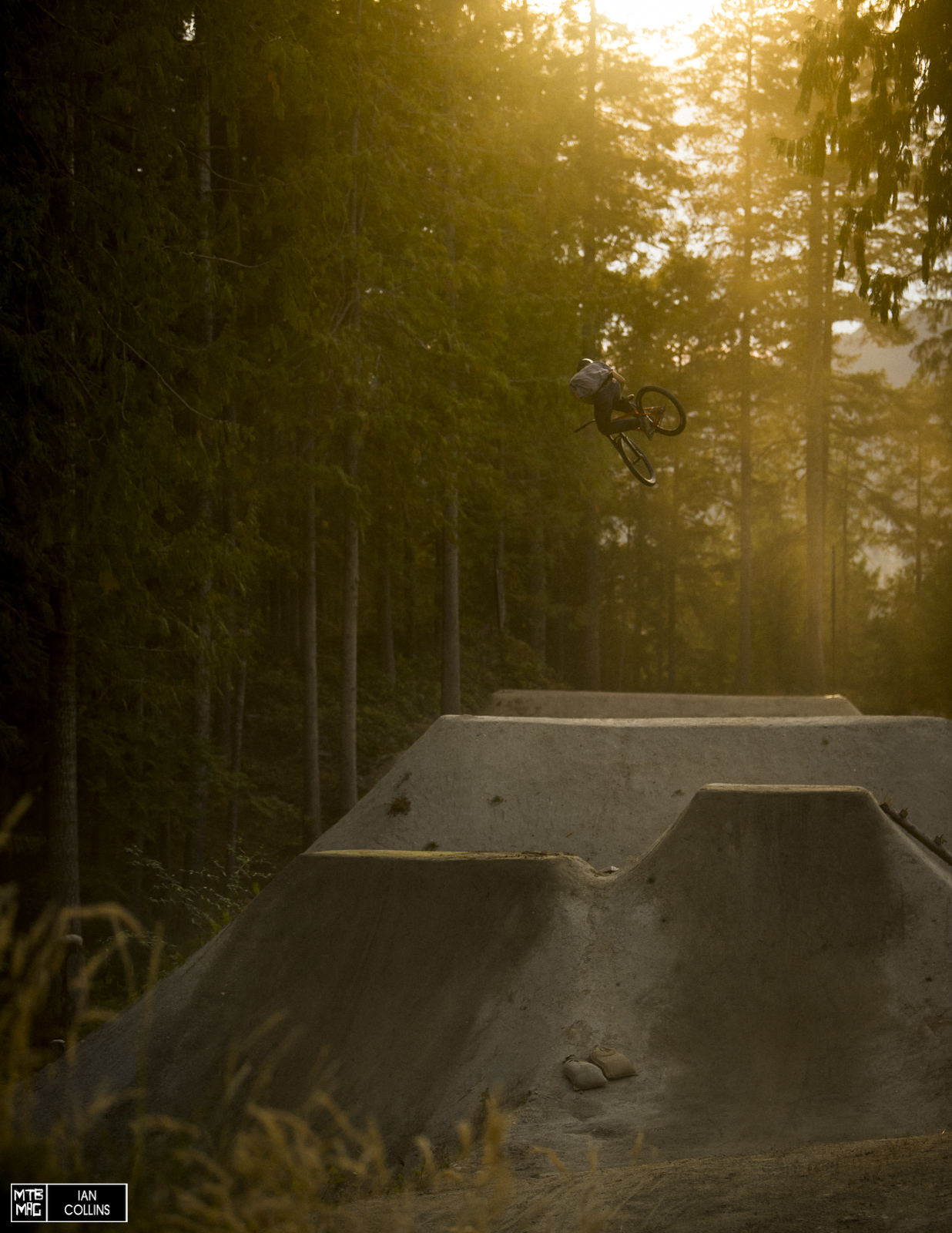 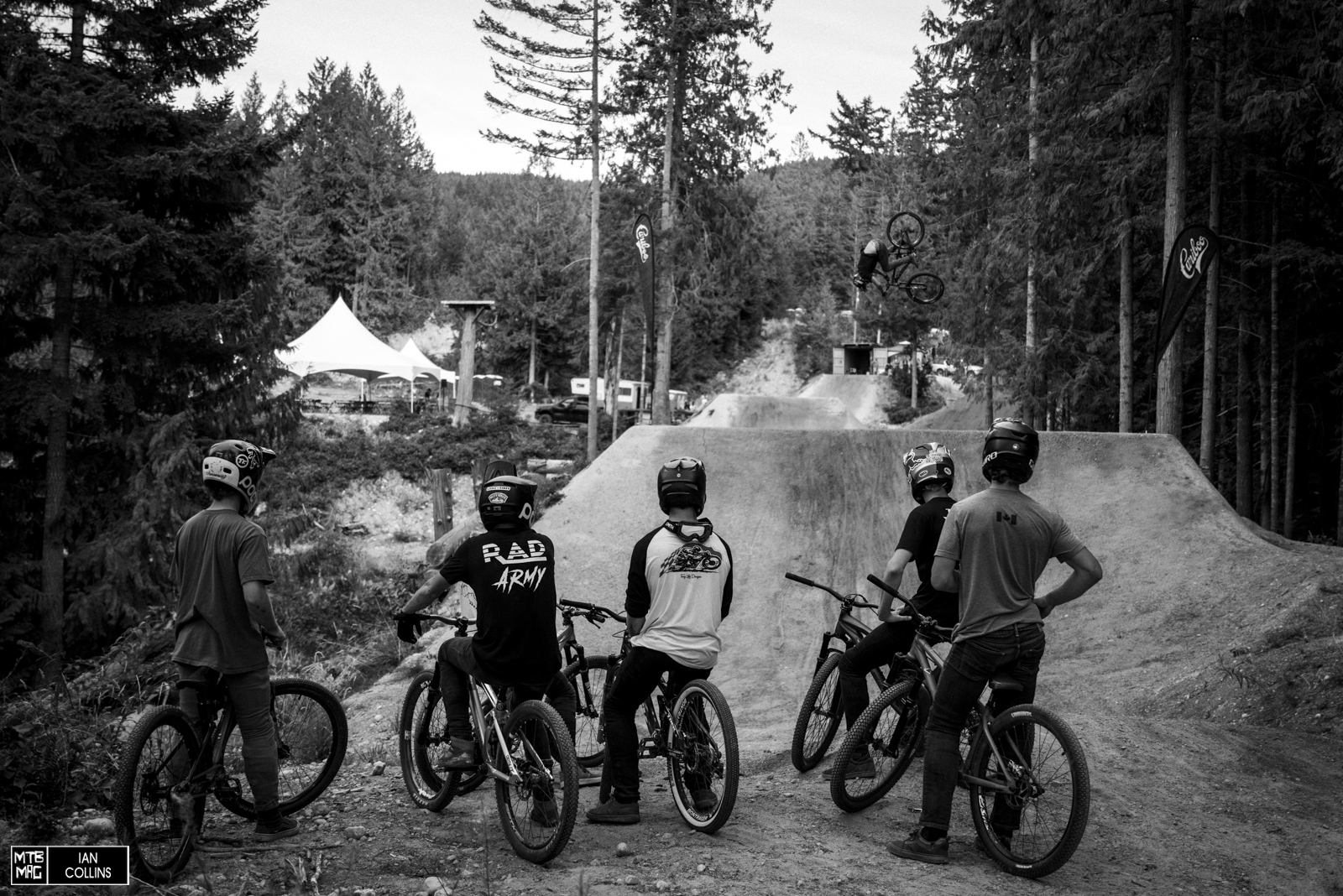 R-Dog spinning a beauty dumped 360 for the crew. 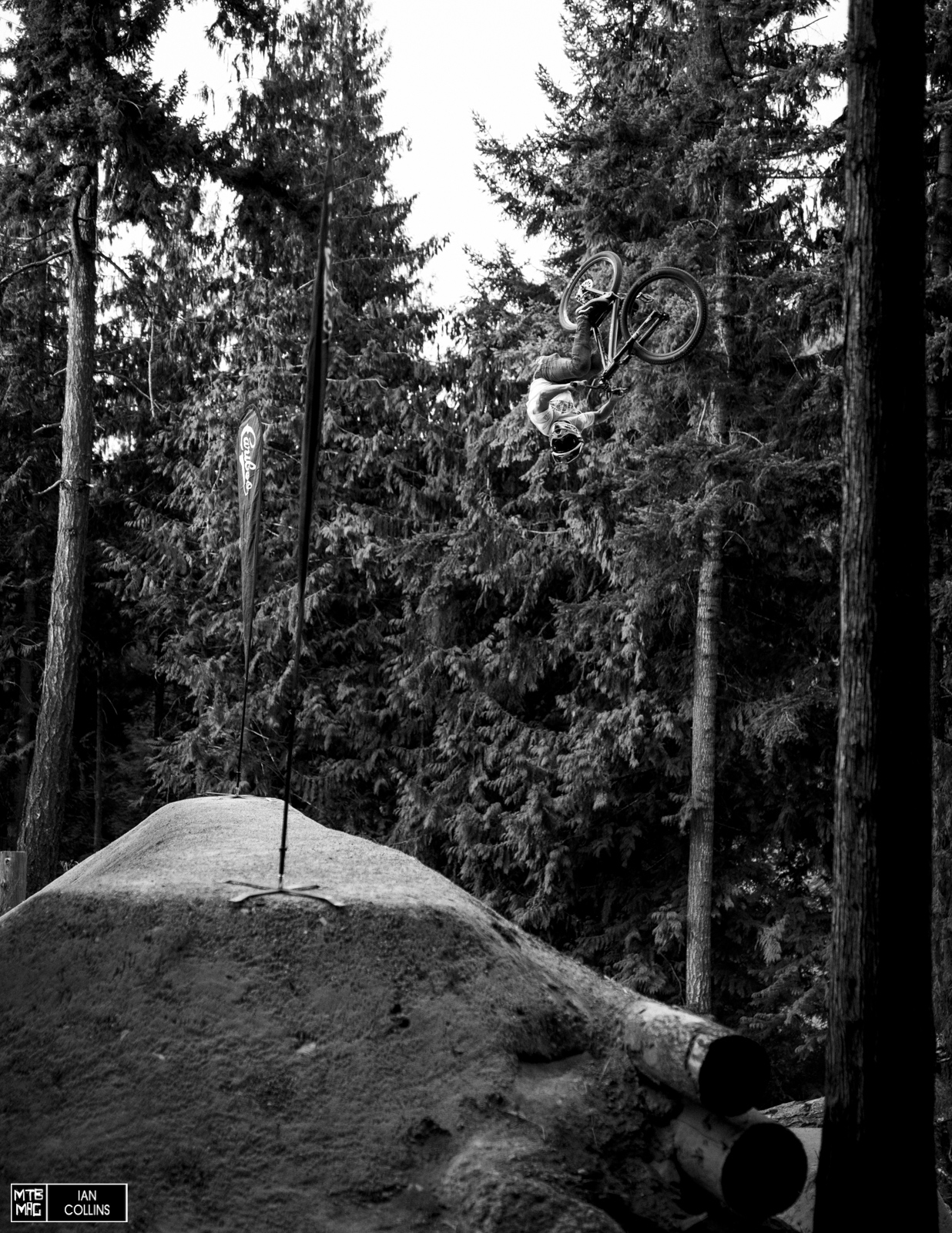 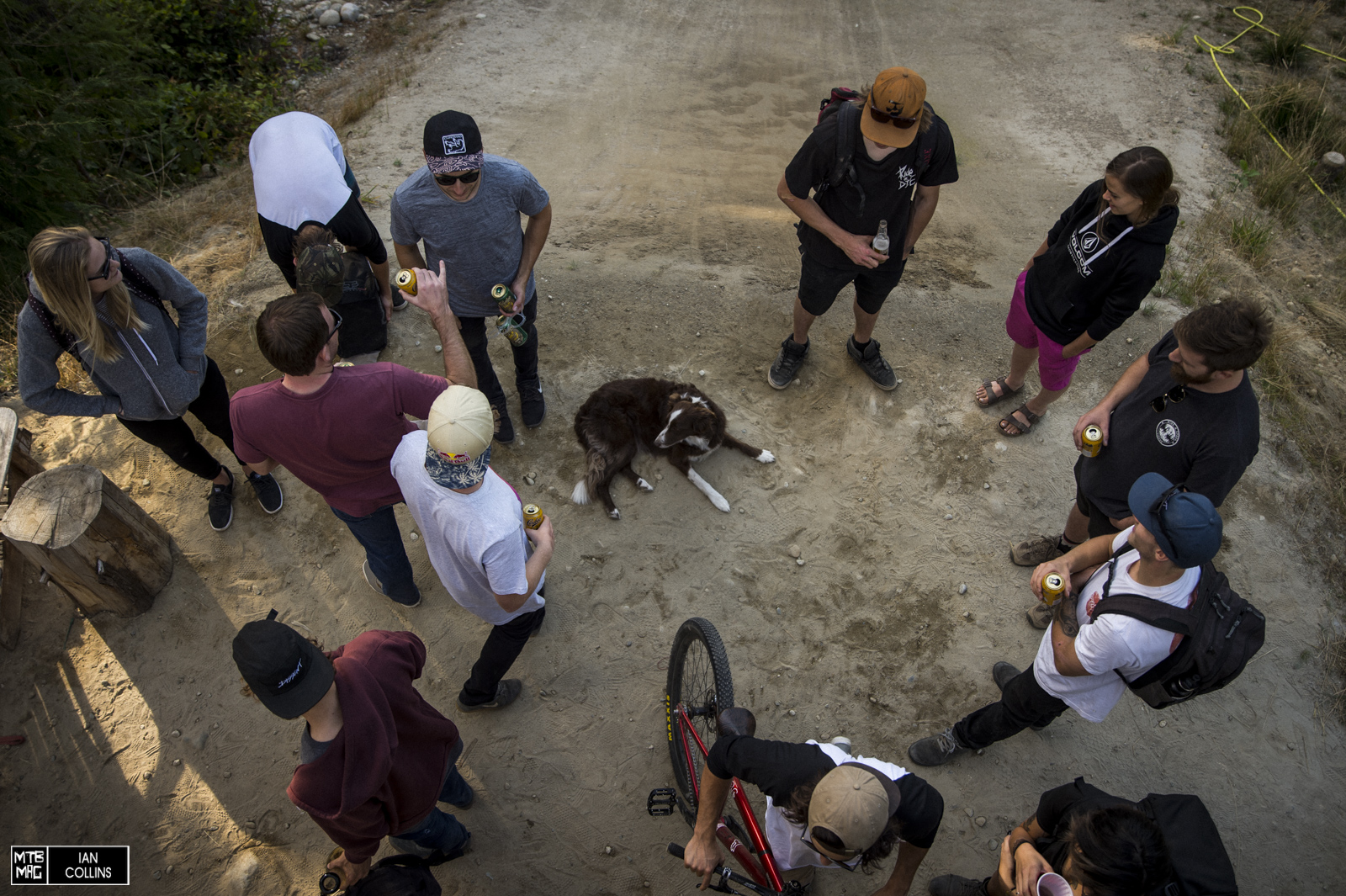 Small part of a much larger crowd. 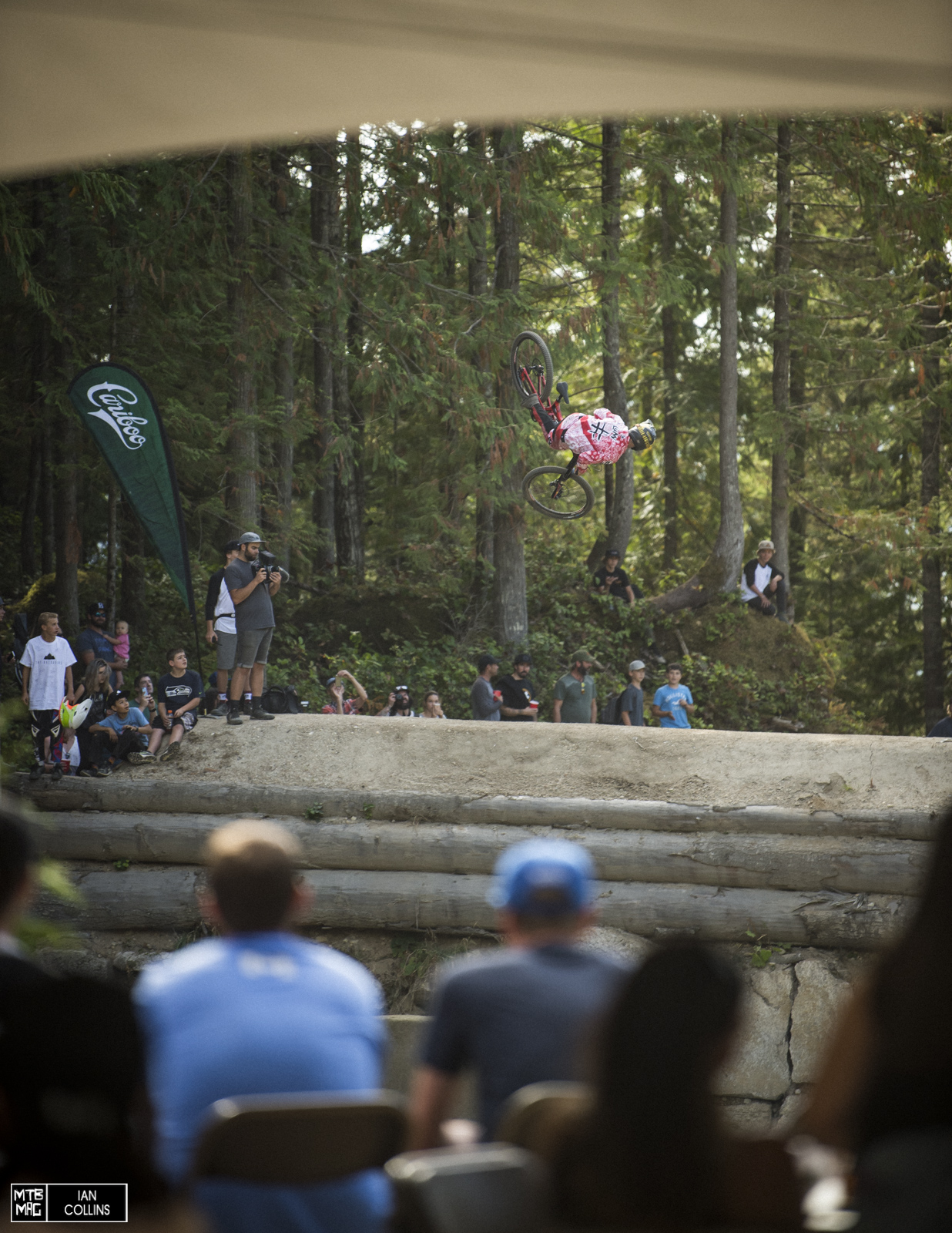 Jordie Lunn going for a huge 720 on the step up on his DH bike. He didn’t quite make it, but it’s insane that he tried. Crankworx slopestyle overall winner Emi Johannson was stoked to be on the Sunshine Coast and feeling right at home. Massive stoke all around. The dark set in and the day dwindled off. What a show…