Munich, November 19, 2020: The 2020 FMB World Tour season is in the books and despite only seeing a handful of events, there is good news to be shared: a new Red Bull Rookie of the Year has been crowned. In the all-digital competition, which saw submissions come in from Germany, Poland, the USA and as far as Brazil, 21-year-old American rider Garret Mechem rose to the top amongst fierce competition with an impressive submission which featured the right balance of skills, style and high consequence riding.

Mechem will now have a chance to prove himself on one of the biggest Slopestyle stages in the world – the Crankworx FMBA Slopestyle World Championship stop in Innsbruck, Austria, where he’ll be joining the likes of Emil Johansson (SWE), Tomas Lemoine (FRA), Erik Fedko (GER), Lucas Huppert (SUI), Dawid Godziek (POL) and more. Will his style translate to big scores in front of the Austrian Crankworx crowd? 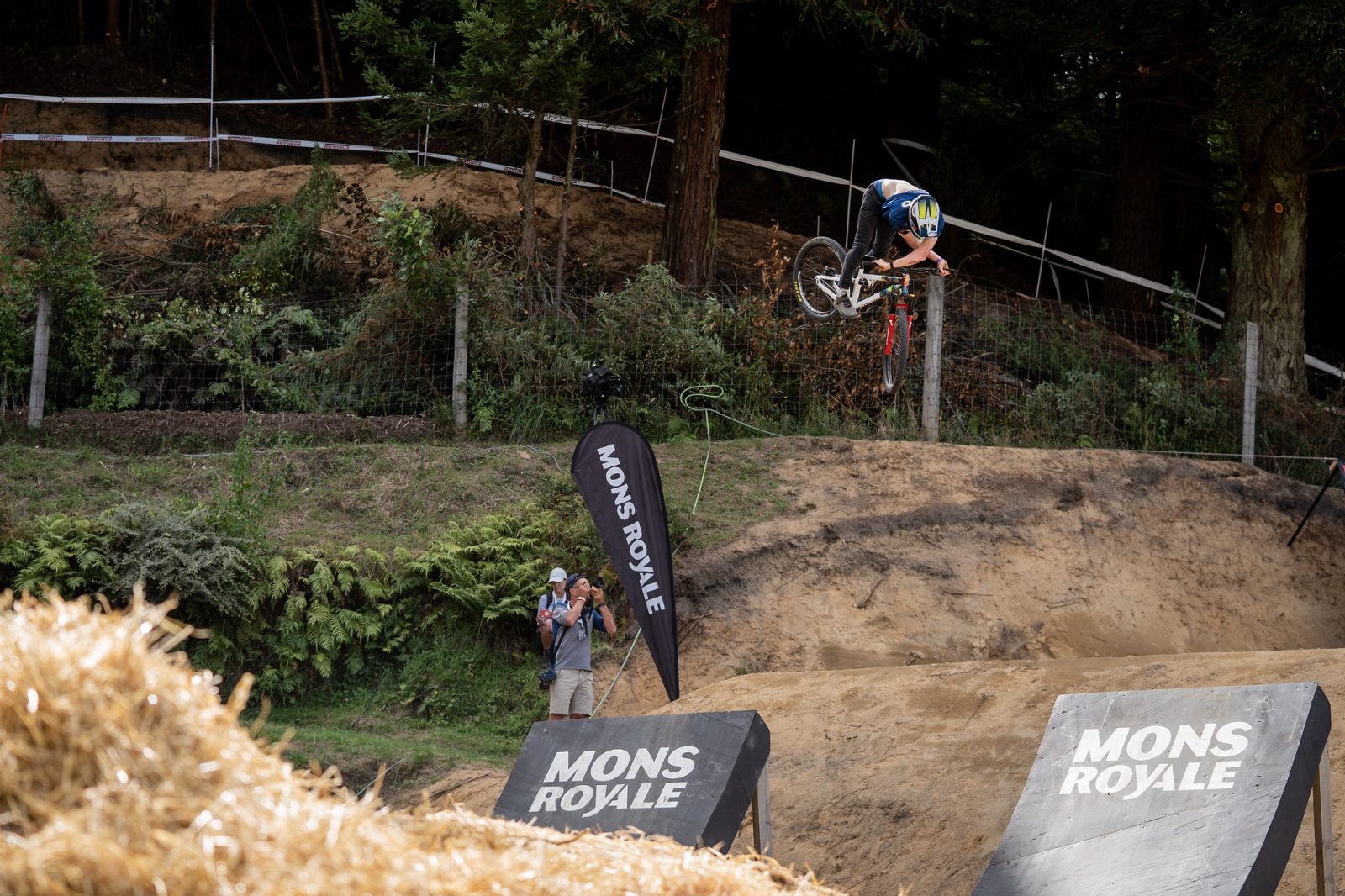 Before we can answer those questions, we caught up with Garret to talk about everything; from how he started to what it’s like knowing that in a few months’ time, the world will be watching as the American puts his skills to the test on the big jumps that are synonymous with a Crankworx Slopestyle event.

First of all, for the people that don’t know you, who are you and why is your IG handle @lil.rojo?

G: I’m one of the only true redheads (extremely red) that rode bikes in my area, while also being one of the youngest Grom’s of the group, so the nickname presented itself. Someone called me “little red” and then it stuck, which turned into “lil rojo”. I don’t think the name will go away anytime soon either.

Talk us through your 2020 – what was your focus this year?

My main goals for 2020 was focusing on getting as many FMB points as possible to get as high in the standings as I can, but I also race a lot including Enduro, Downhill, Dual Slalom and Speed & Style, but my main focus was Slopestyle which includes other aspects of mountain biking, but then because of what happened, my focus turned to this contest, knowing that was my only option as an American Slopestyle rider to improve my ranking for next season.

What went through your head when you heard you won the Red Bull Rookie of the Year Award?

I was super excited! Words can’t describe how I was feeling. It was the first message I saw when I woke up, so it definitely WOKE ME UP!

You’ll be riding at the SWC contest in Innsbruck, Austria, with and against some of the best riders the world has ever seen. How does that make you feel?

Honored. I’ve been looking up to all of the SWC riders for so long, and I’m good friends with almost the entire field, so it’ll seem like another contest, just at a much higher level!

How important do you think an initiative like the Red Bull Rookie of the Year Award is to riders and the Dirt Jump / Slopestyle scene as a whole?

It’s very important. It gives riders at a younger age the chance to get out there and put everything into one line that they’ll be working on for a while, and especially during a year like 2020, it creates more opportunities for riders to grow and climb the ladder.

When did you start riding dirt jumps?

I’ve been riding my bike almost my entire life, since the age of two. I would always ride a BMX track with my friends, but I was always the one jumping and doing tricks off to the side. Then it just turned itself into a passion that I became addicted to. Who has been your biggest inspiration to start riding bikes?

There wasn’t a single person that motivated me or that I looked up to, it was actually the riding scene as a whole growing up in Santa Cruz. My normal session when I was a kid was with the top 5-6 riders in the Diamond Series at that time, riding with guys like Tyler and Cam McCaul, Greg Watts and others. Those dudes taught me everything and I saw the goal that I wanted.

Any plans for the off-season?

Just train, train, train. I really want to make this Crankworx Wildcard worth it and do as well as I can next year and keep growing as a rider.

Looking towards the 2021 season what are you most looking forward to?

Thanks Garret and all the best for 2021!