With the dust barely settled following a successful 2014 season, the Giant Factory Off-Road Team is already preparing for next year. For 2015, the team will continue to develop top young talent in the downhill and enduro racing disciplines.

Featuring an international lineup of riders from five different nations, the squad aims to build on the momentum that carried it to national championships, podiums and stage victories at major events this year including World Cups and Enduro World Series races.

Fresh off winning his fifth Colombian downhill national championship two weeks ago, Marcelo Gutierrez returns to lead the team’s World Cup downhill unit. The 24-year-old had a strong 2014 season, finishing the year ranked 14th in the world with some big wins including earning the “King of Crankworx” title at Crankworx Whistler. 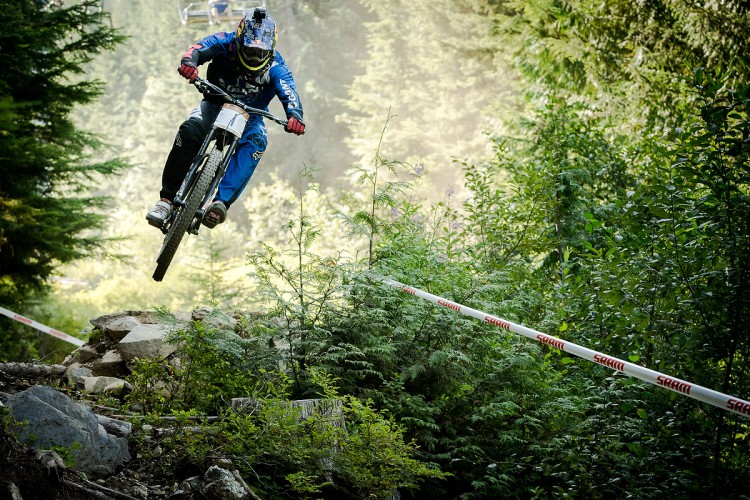 “I’m looking forward to continuing my progression with the team next year and stoked to be wearing the colors of my Colombian national jersey again,” said Gutierrez who regained his title earlier this month after he missed out the previous year following a crash.

Joining Gutierrez on the downhill team is teenager Alex Marin, one of the top young talents in the sport. The 17-year-old Spaniard has a handful of podiums and wins at the World Cup and national level in the junior ranks and looks to continue his upward trajectory in 2015. A third up-and-coming rider will be announced in early 2015 to round out the downhill squad.

“Danny Hart and Andrew Neethling have been vital in our progression as a team, whether it’s on the racecourse or in product development,” said Giant global marketing director An Le. “Needles brought experience, speed, style and a positive vibe. And Danny evolved from a teenager with raw talent into a world champion through our program. We’ve had a great run together and are super grateful for Danny and Andrew’s contributions the past few years. Our 2015 direction aligns with our team mission of building future champions through our system and cutting-edge products, and we’re looking forward to taking this young DH squad to the next level in 2015.” 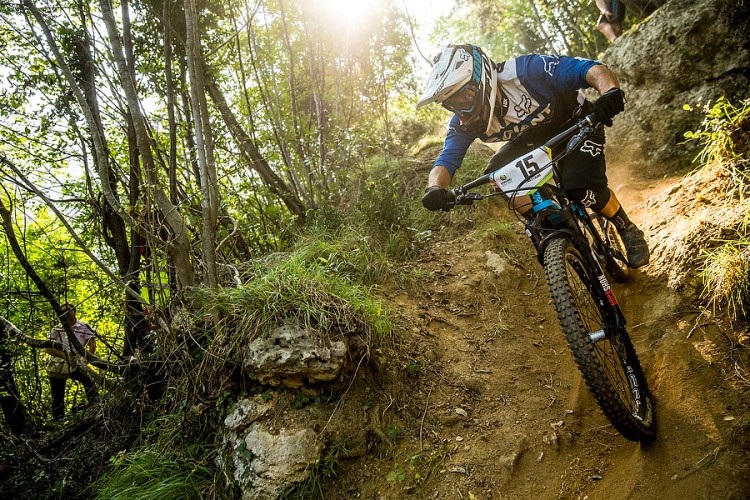 The team’s enduro lineup will be led by Frenchman Yoann Barelli. This year, his first with the team, Barelli had two top-five finishes in the Enduro World Series, with his best performance coming at the last round in Finale Ligure, Italy, earlier this month. The 29-year-old won two stages at the finals and finished fifth for the weekend, securing a top-10 overall season ranking.

“I was 2.5 seconds from the podium in Italy, and just 14 seconds away from the win,” Barelli said. “That’s my motivation to train all winter long.”

Joining Barelli on the enduro squad will be Australian Josh Carlson and American Adam Craig. Both had some strong individual race and stage performances this year, and will look to move up the rankings in 2015.

Beyond the global riders, next year’s team also includes American XC and enduro racer Carl Decker. The veteran from Bend, Oregon, won his fifth Downieville All-Mountain world championship this year and will continue to focus on a variety of enduro, XC and cyclocross events in 2015. And Seamus Powell, a 24-year-old two-time U.S. Super D national champion, joins the team as a U.S. development rider.

While Decker and Powell will race some XC events, Giant has ended its sponsorship of the XC World Cup-focused Giant Pro XC Team for 2015 to focus its support on the Giant Factory Off-Road Team.

All of the Giant Factory Off-Road Team riders will have a full quiver of Giant bikes to choose from including Glory 27.5 downhill bikes, Reign Advanced 27.5 enduro machines, Trance Advanced 27.5 trail bikes, and Anthem Advanced 27.5 and XtC Advanced SL 27.5 XC bikes.

Full details on the 2015 Giant Factory Off-Road Team, including the final rider lineup as well as partners and sponsors, will be announced in January. To follow the team throughout the year, go to facebook.com/giantfactoryteam.

Marcelo Gutierrez
Gutierrez, the five-time Colombian national downhill champion, won the King of Crankworx title in 2014. In 2015 he will aim for World Cup podiums and a top-10 overall ranking.

Yoann Barelli
French rider Yoann Barelli scored two top-five finishes in this year’s Enduro World Series. He came close to winning the finals in Italy and is already motivated for 2015.

Giant is the world’s leading brand of high quality bicycles and cycling gear. Since 1972, Giant has combined craftsmanship, technology and innovative design to create the ultimate cycling experience for all riders, casual to competitive. Through its products, people and retail partners, Giant inspires passion for cycling all around the world. For more information, go to giant-bicycles.com.