After a show of dominance by reigning World Champion Richie Rude on day one of La Thuile, we take a quick look at the Quarq Race Intelligence from the top 5 male finishers on the longest stage of the day, Stage 3 to determine just how he found over 30 seconds against a world class men’s field. 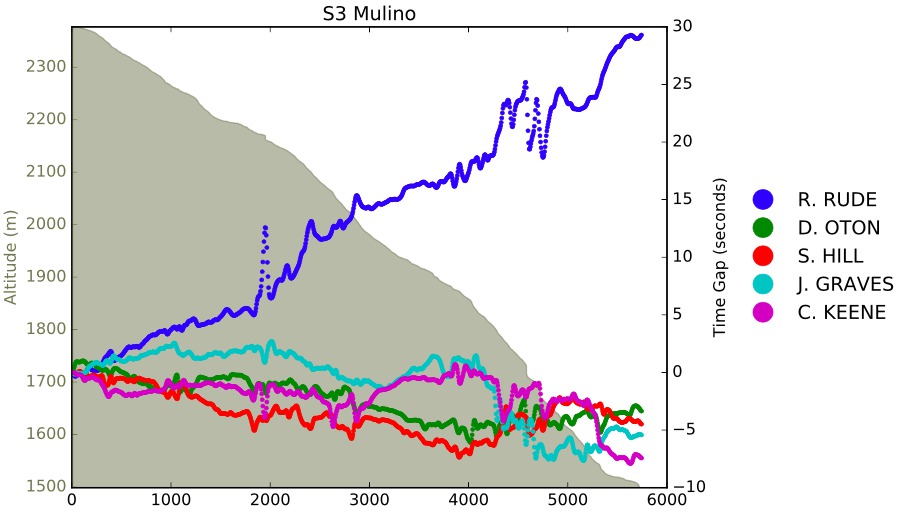 This incredible graph shows us the Rude had no secret line, he had no strong stand alone section, instead he gained time from beginning to end. By the 3000 meter mark he was already 15 seconds up on the rest and in the closing 500 meters, where a savage climb brought the riders into the finish line, he found a further 5 seconds on his competitors.

It’s also interesting to see that Keene and Graves were holding a good 2nd and 3rd place until near the end where the stage became more physically demanding, both losing time finishing a respective 4th and 5th.

Sam Hill however, a man expected to excel in the technical and lose in the physical actually raced in the reverse, going from 5th in the steep tech to 3rd on the final climb.

Oton, winner here in 2014 was the fastest over the first 500m and rode a consistent stage to finish a strong 2nd. 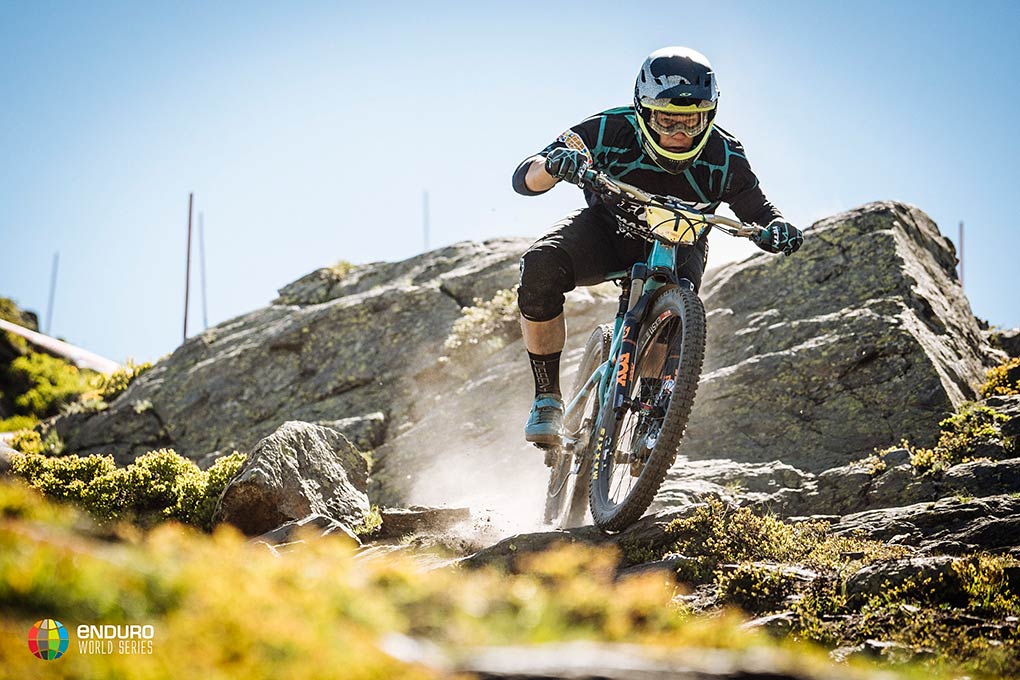 Expect full, in-depth post-race analysis with our partners Quarq Race Intelligence of every stage, men and women in the coming days!  Tune in throughout today at enduroworldseries.com for live Quarq GPS tracking, timing and live blogging.