Pivot Cycles had an impressive lineup at Interbike this year. We were really excited to see them show off the production ready Phoenix 27.5″ Carbon DH bike. The Mach 4 and a sweet new hardtail also caught our eye. 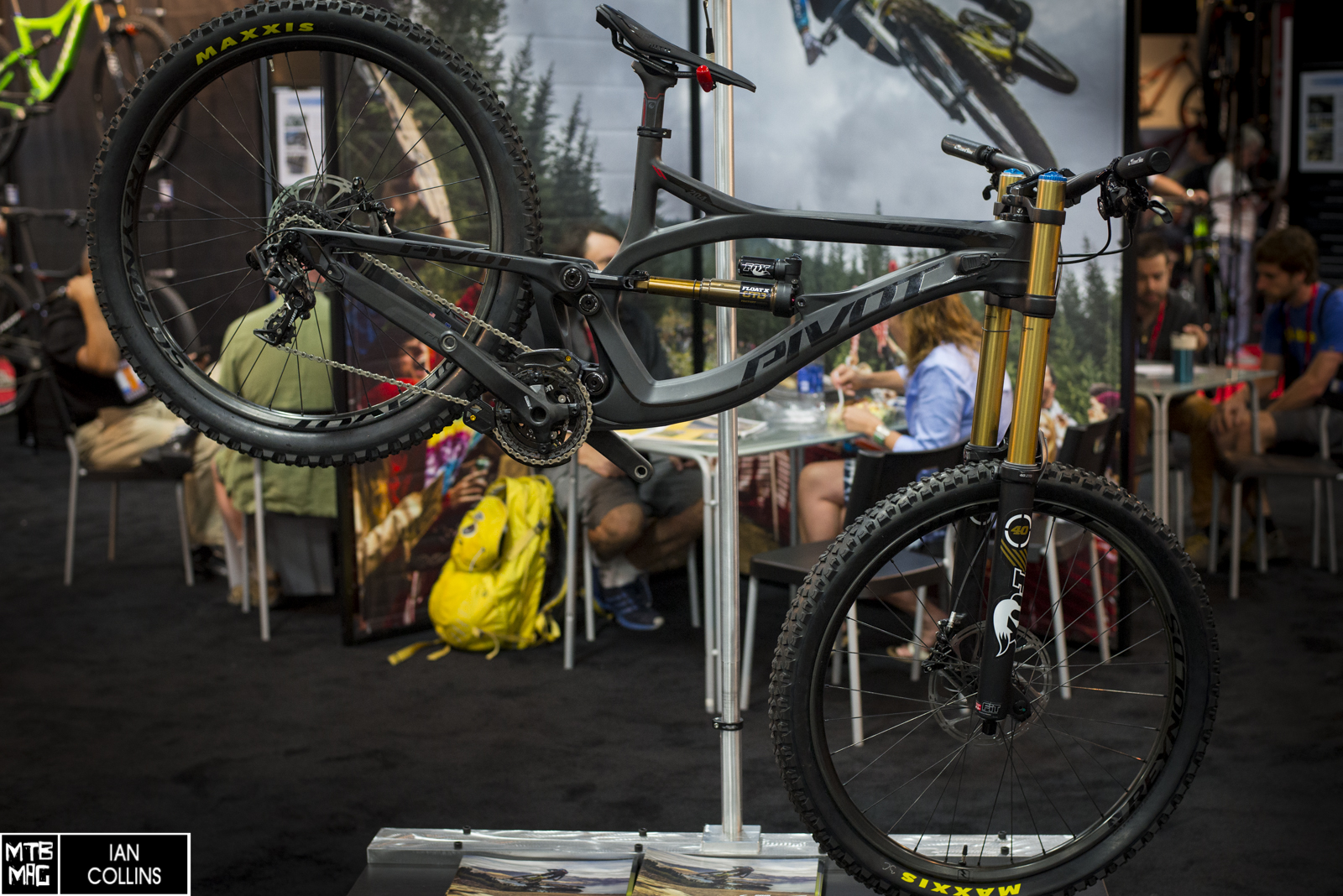 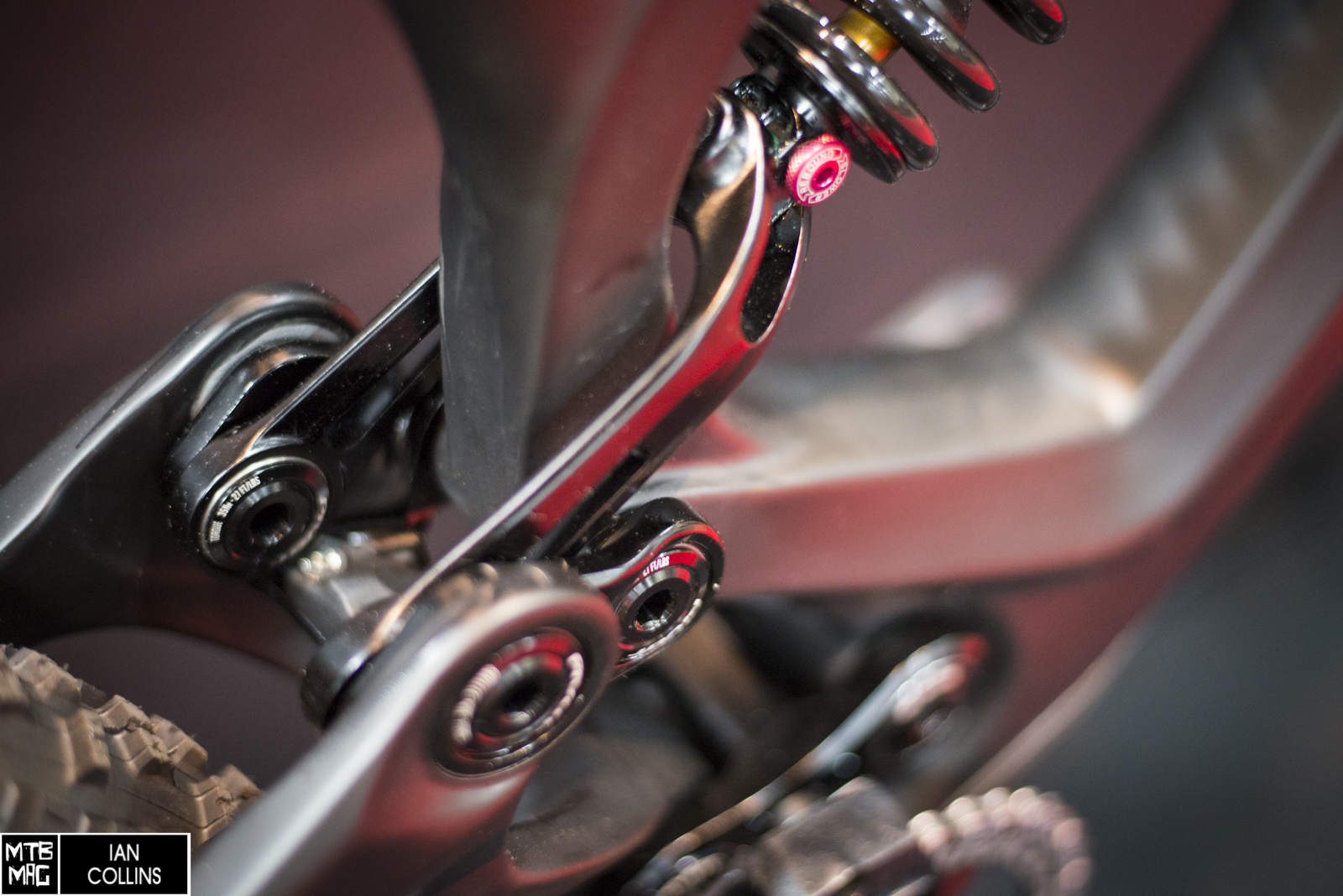 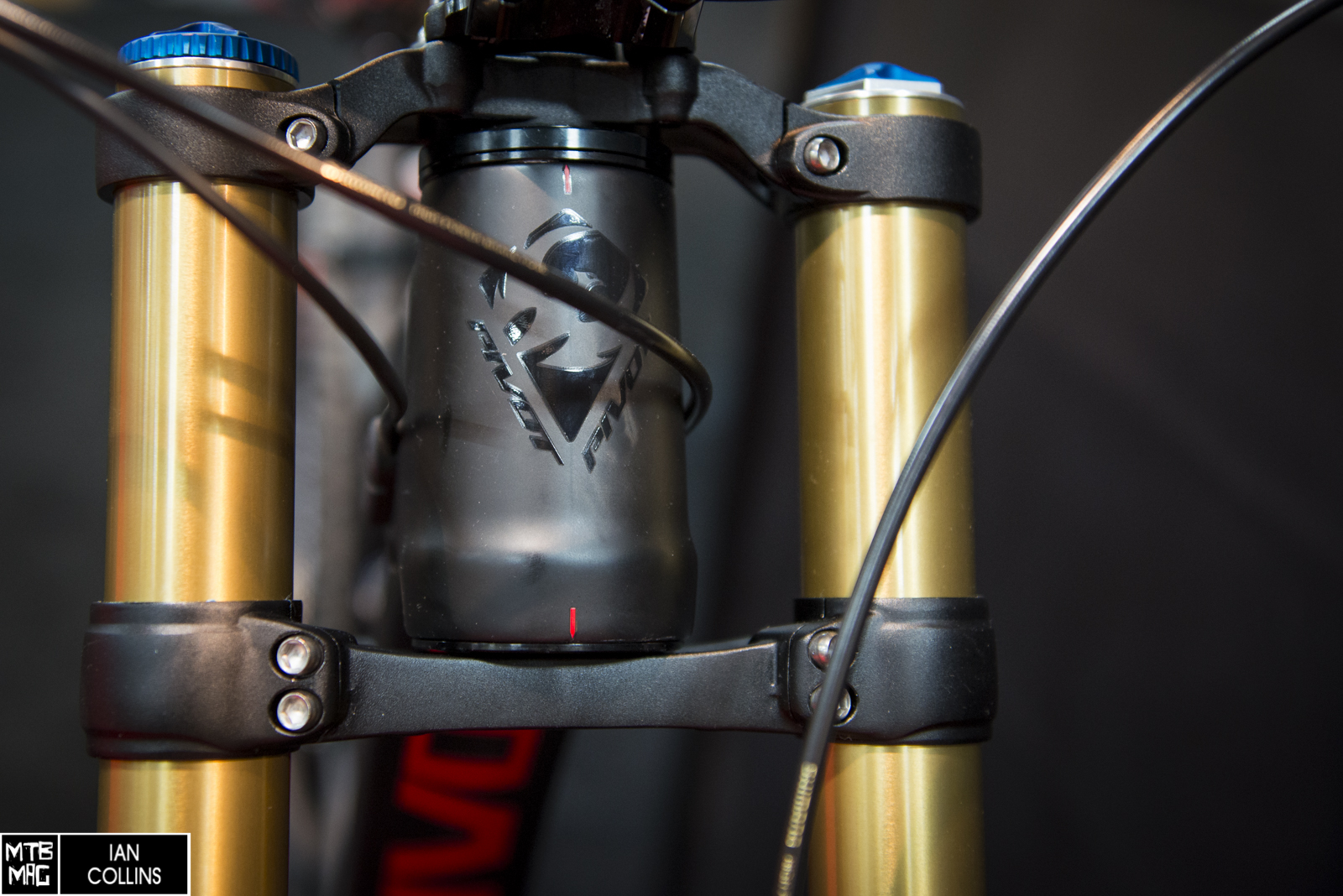 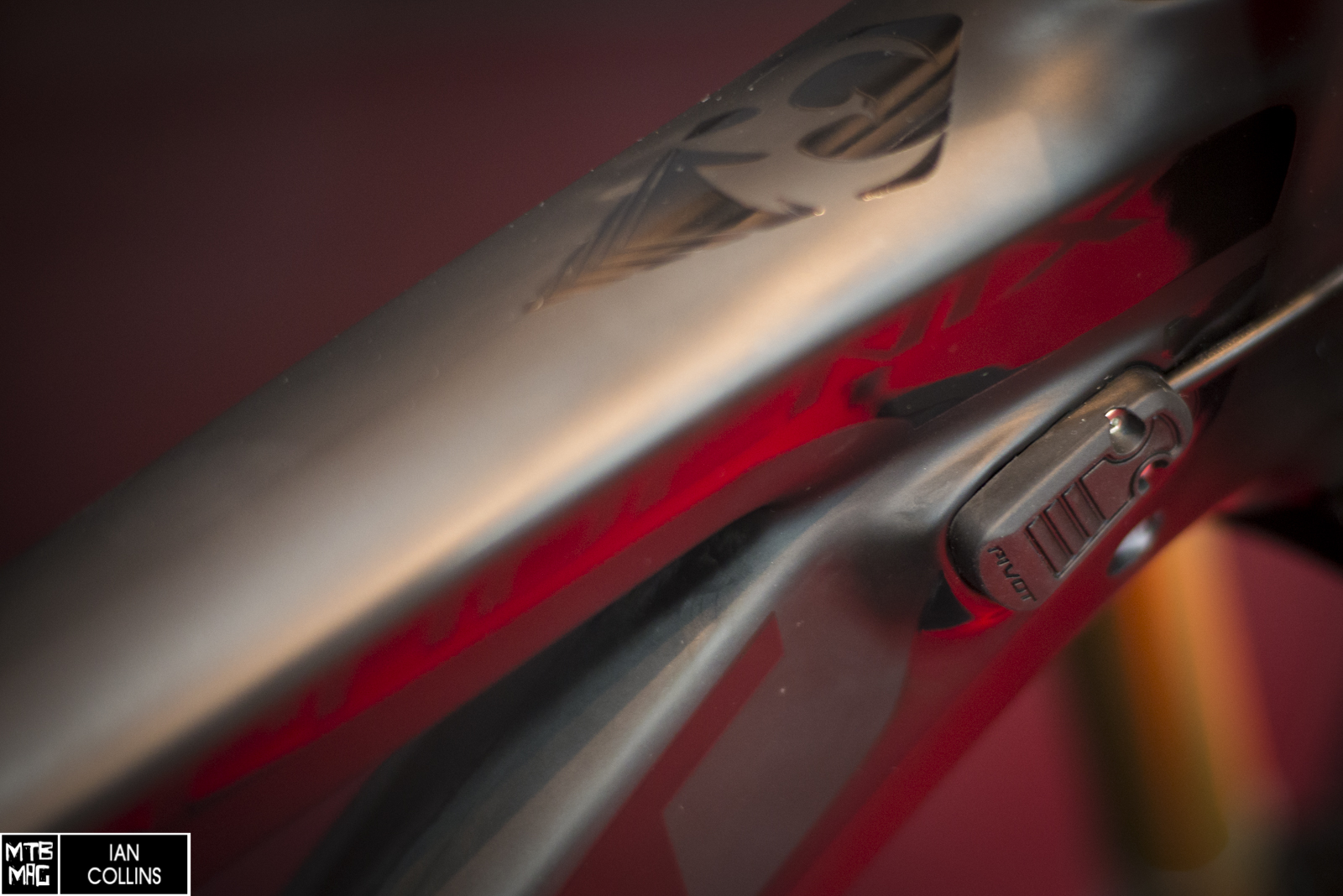 The DW-Linked Phoenix frame is available in four sizes : S/M/L/XL and weighs in at 8.1 lbs with a coil shock, making it one of the lightest production frames on the market. 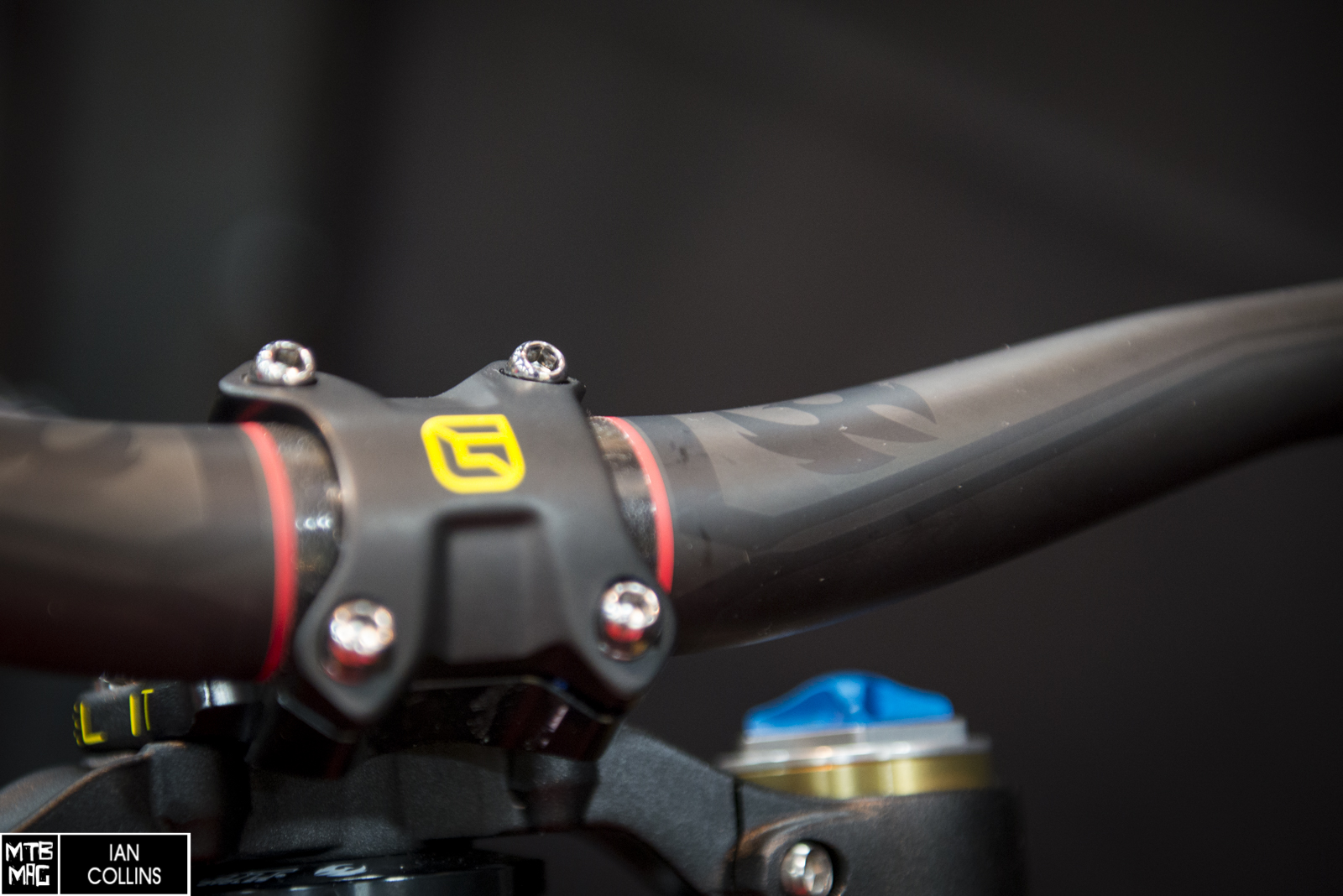 Pivot is also making a sweet looking carbon bar in two widths. Dubbed the Phoenix, it comes in 740mm and 800mm widths 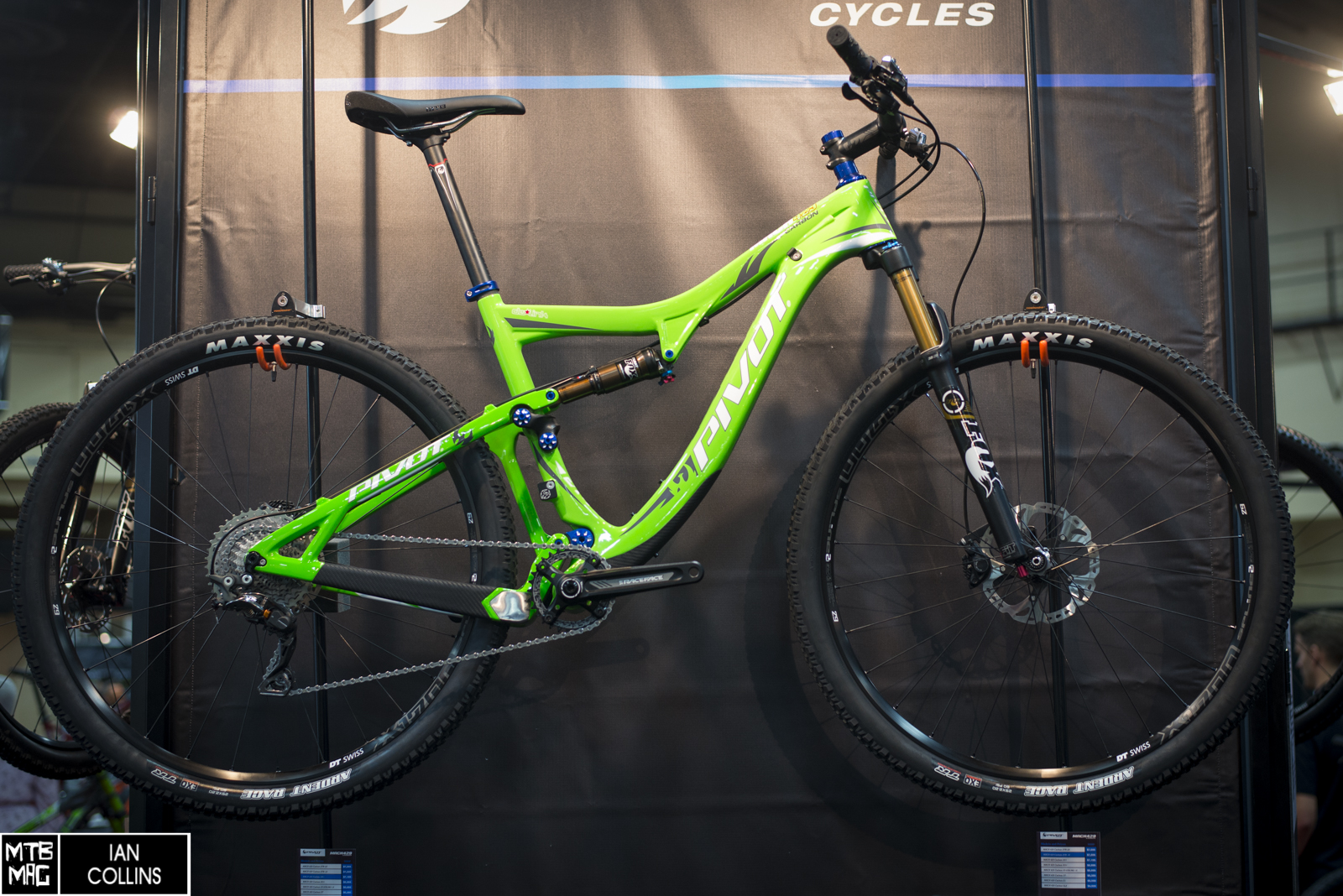 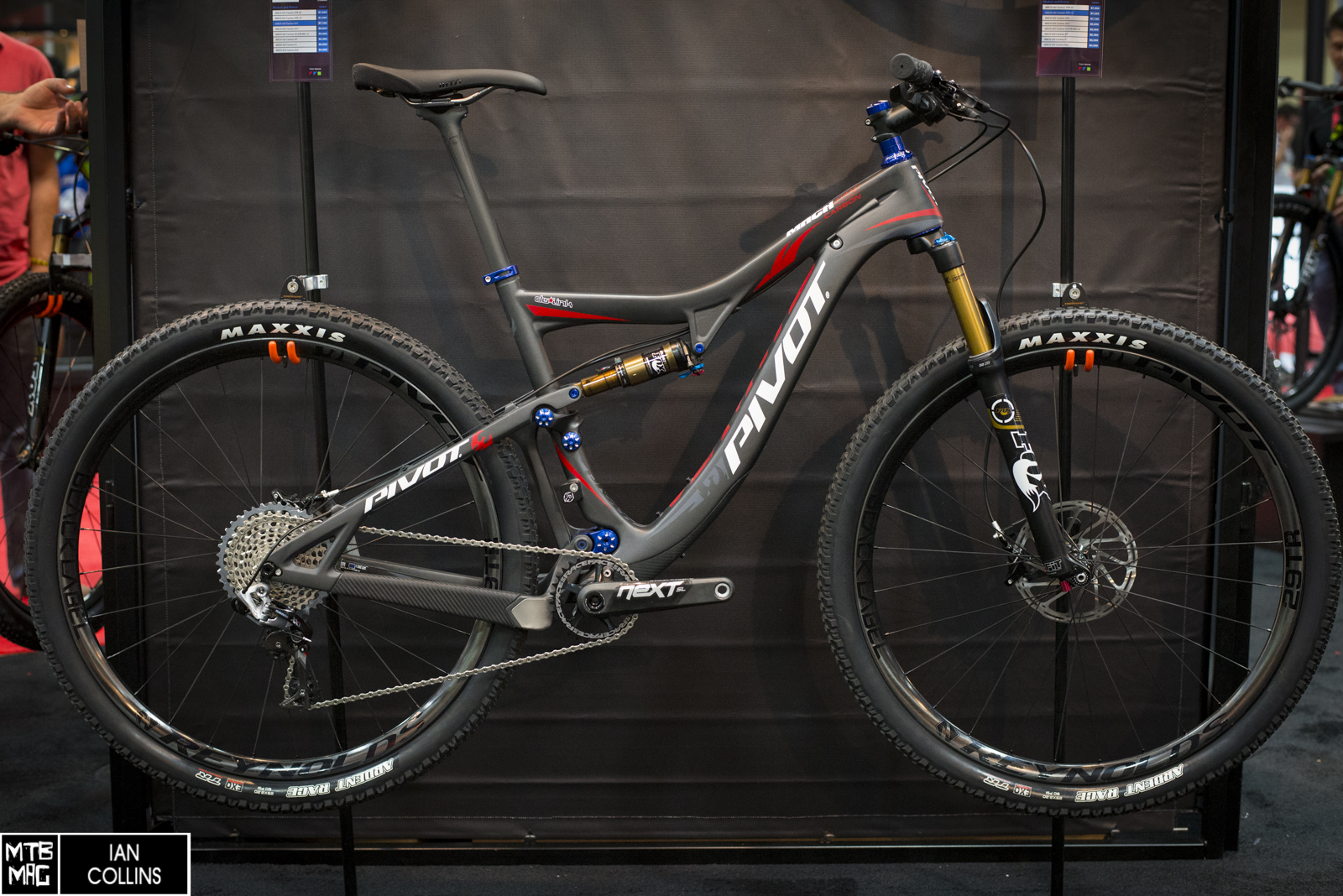 The Mach 429 Carbon is a 100mm Carbon 29er. Justs like all the other full suspension pivots, it utilizes DW-link for kinematics. Internal brake and dropper post routing keep things tidy throughout. 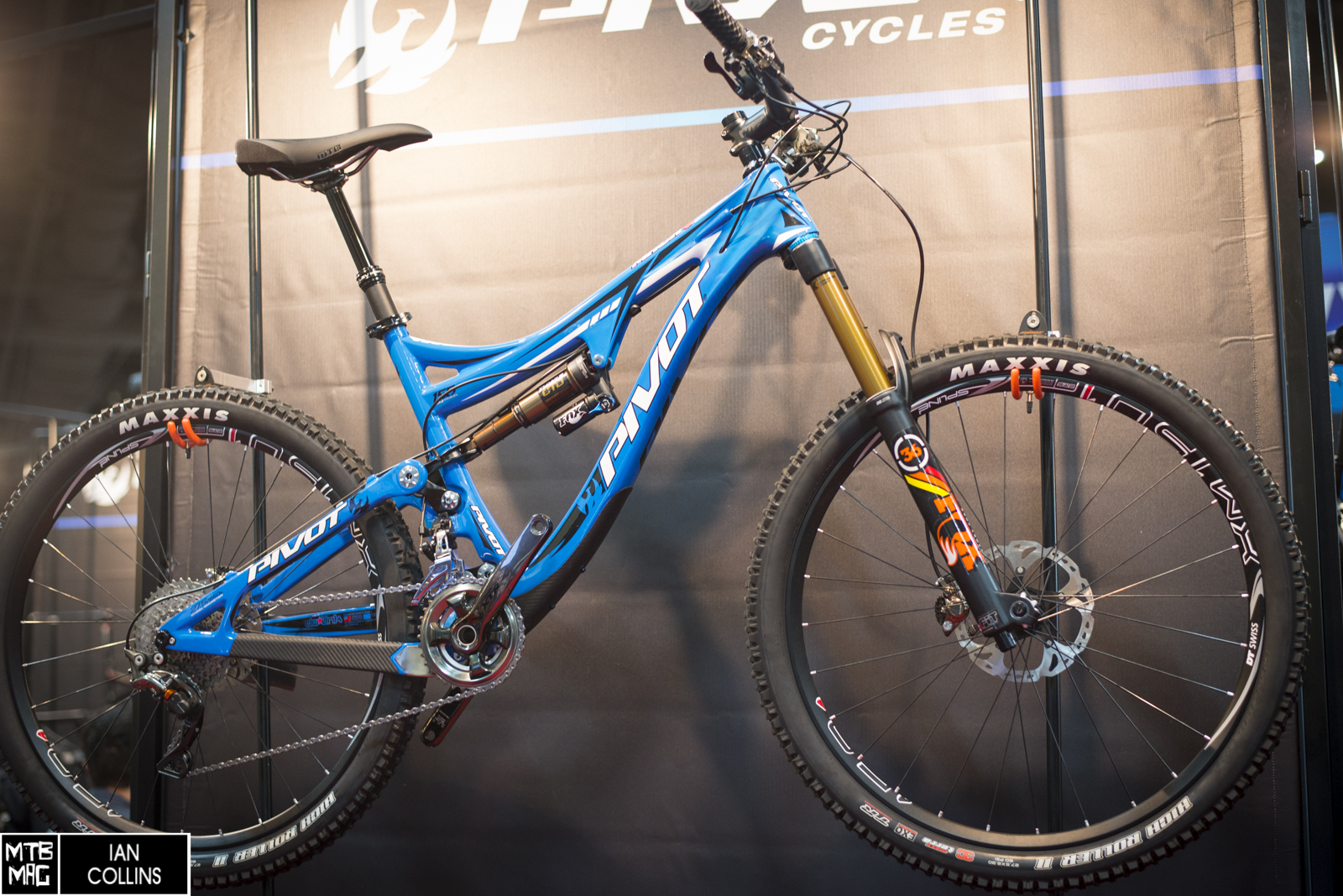 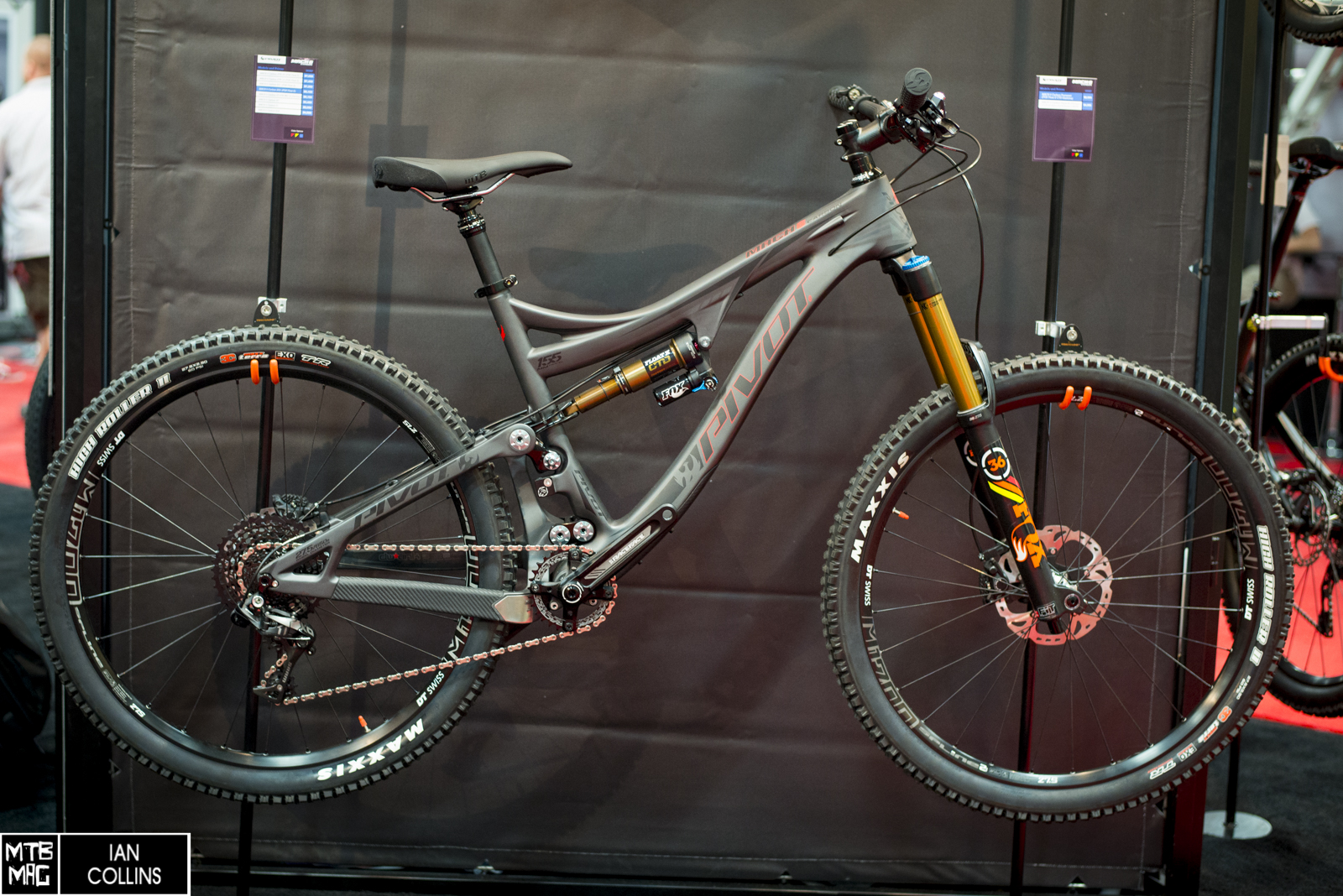 The Mach 6 is a 155mm travel, 27.5″ wheeled aggressive trail bike – aimed at the heavy duty enthusiast and the enduro crowd. 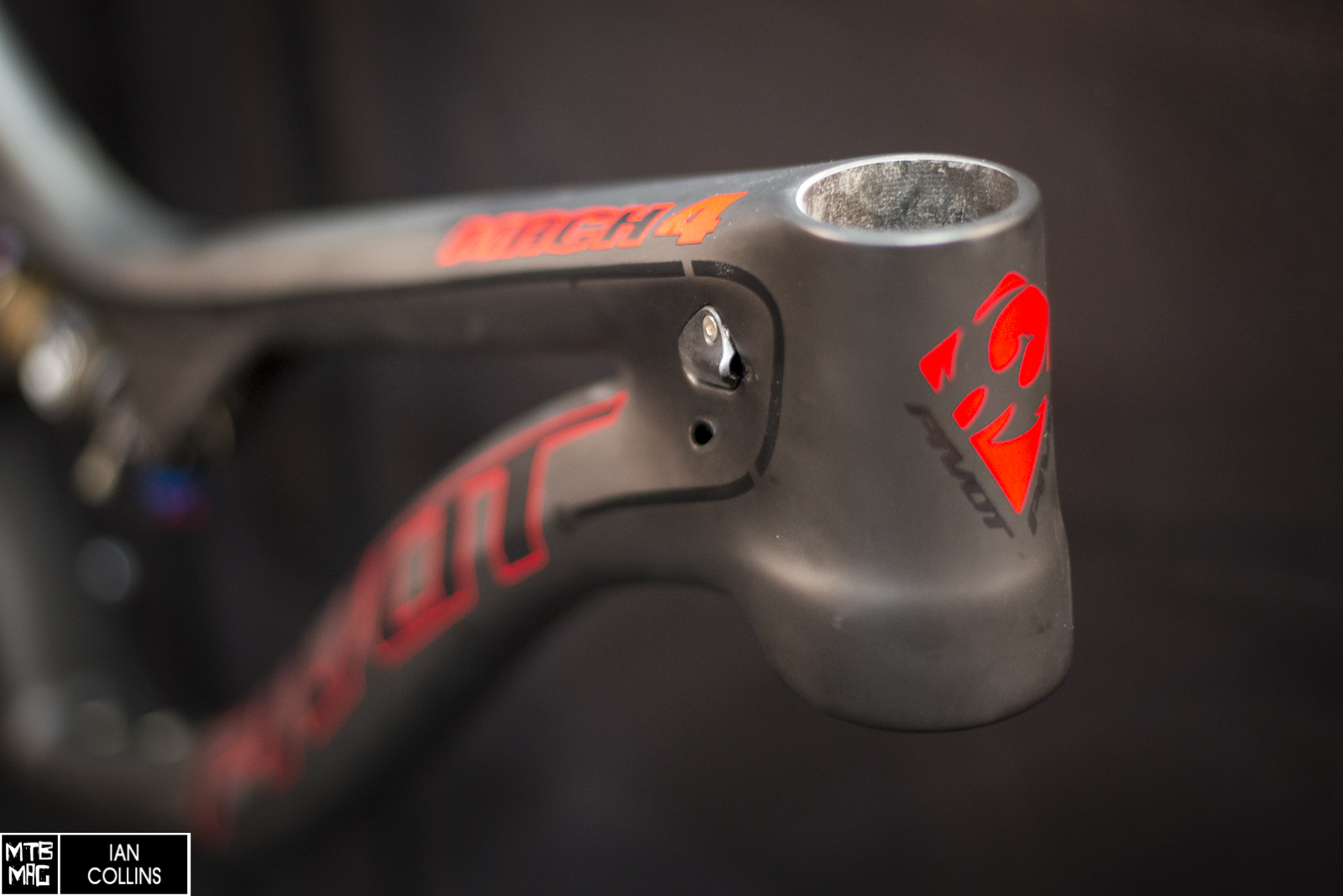 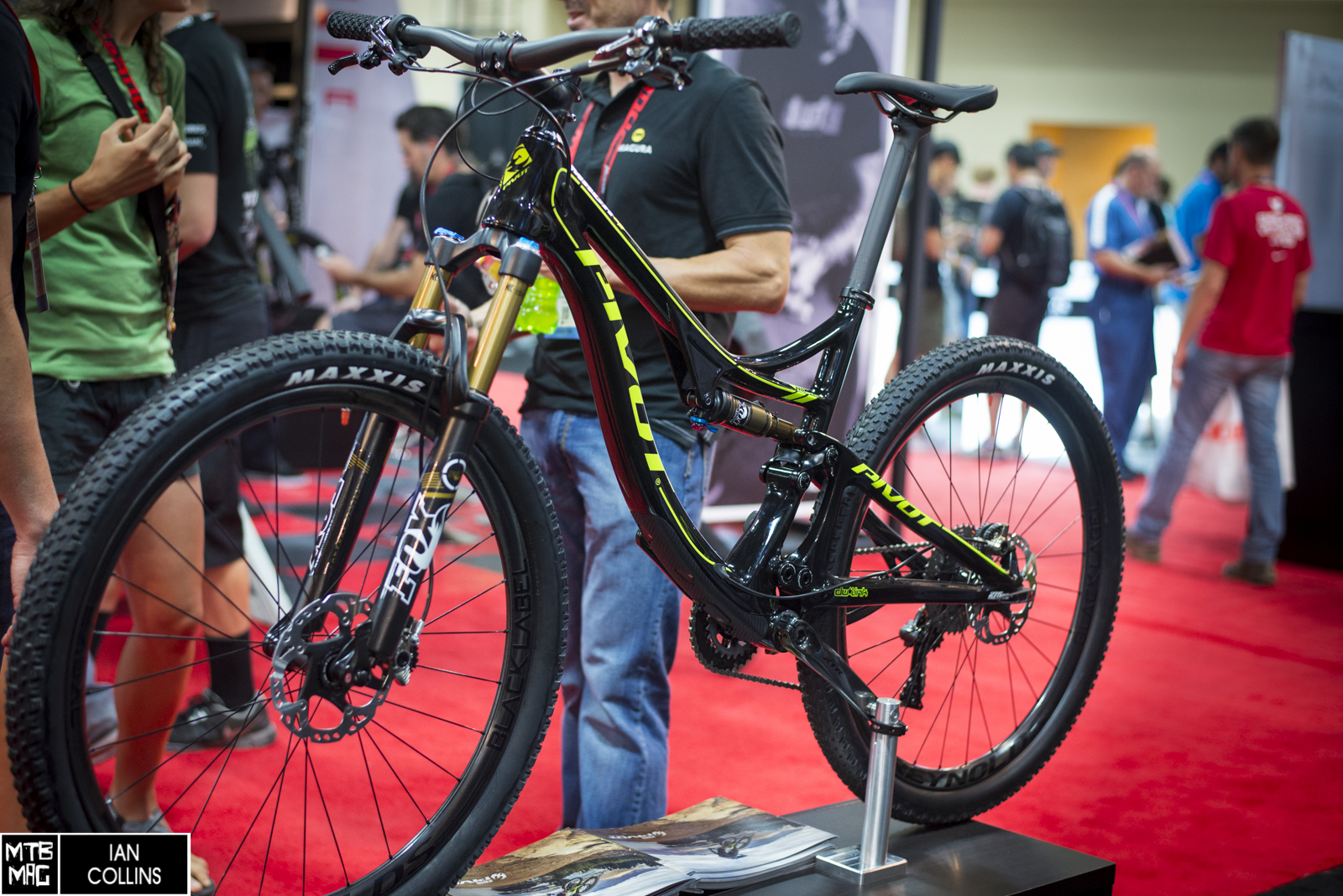 The Mach 4 is available in XS/S/M/L. The extra small boasts the lowest standover of any production 27.5″ frame. The bike comes in at 5.1 lbs for the frame with 115mm of travel Pivot’s new hardtail is called the Pivot LES. Get it? No pivots. It does however feature sliding, adjustable dropouts and 17.1″ chainstays as a 29″ bike. Pretty damn cool. The frameset is also available as a 27.5″ carbon hardtail as well. It has the same features but the chainstay is actually 16.77″.