Renthal made a pretty huge impact when they crossed over into the MTB industry from being the most well regarded and arguably the most popular motocross handlebars on the market.

The Aluminum Fatbar quickly became a go to for World Cup downhill athletes, but as the UK company expands, they have introduced lighter, narrower bars for trail as well as a new line of Carbon Bars. The news is that the full width bar is now available in carbon. 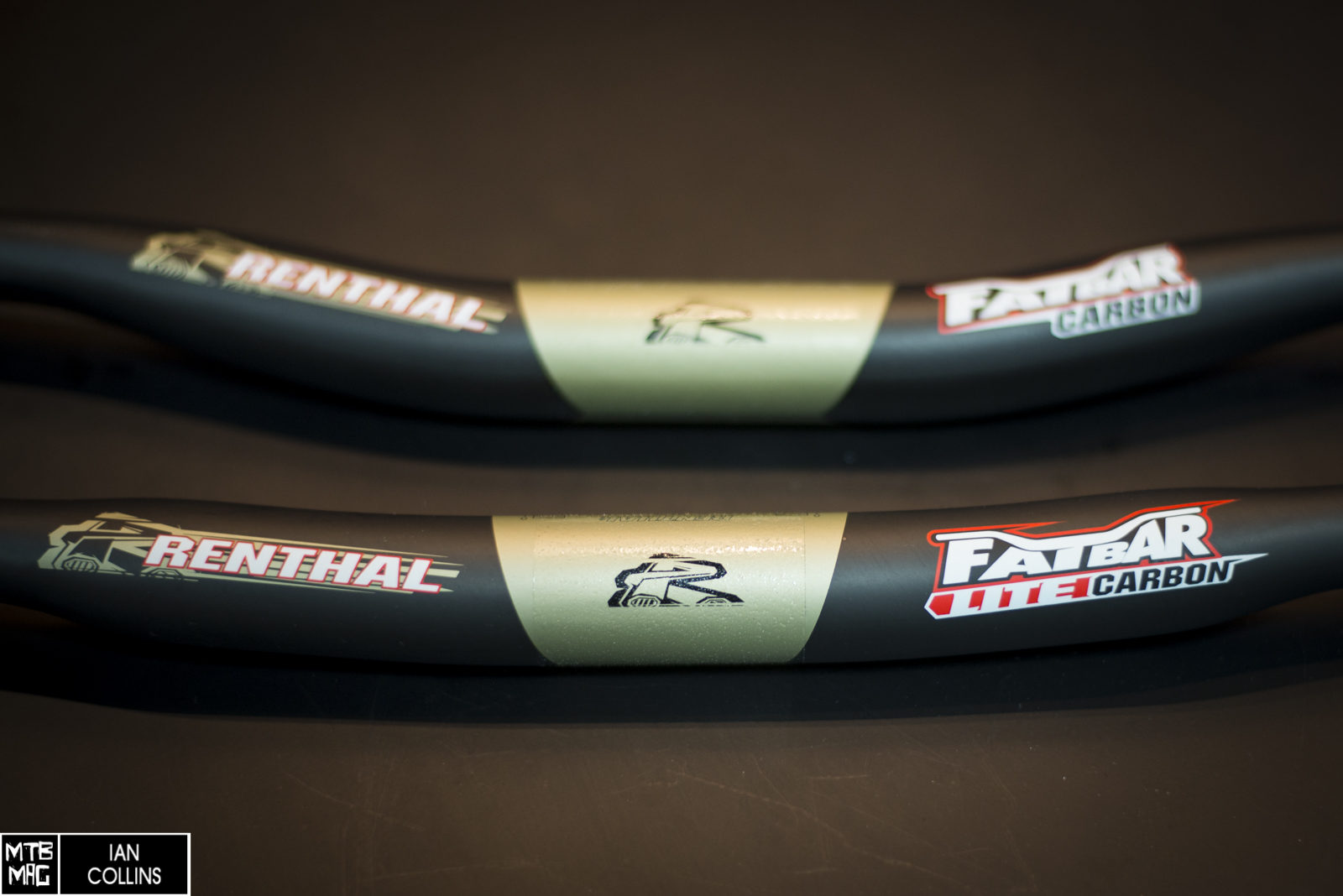 The carbon handlebar’s clamping surface is rough and abrasive so that the stems can bite better and prevent slipping. We also like that Renthal offers their stems in a nice range of rises and widths. The trail bars are 740mm and are offered in 10, 20, 30 and 38mm rises. The DH bar is offered at 780mm and comes is available in the same rises. These specs apply to both the Aluminum and Carbon offerings. 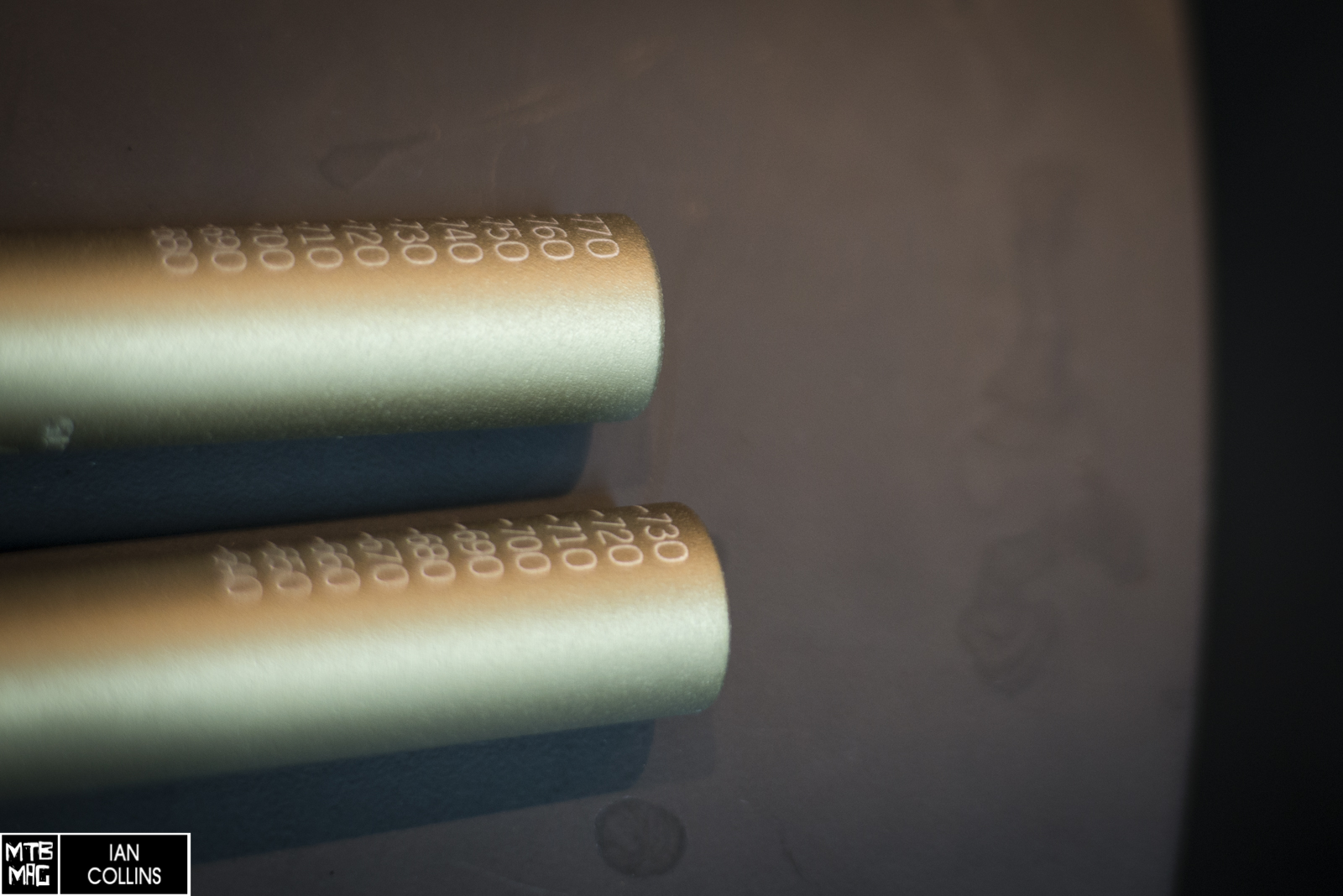 Clean etchings and graphics indicate where to cut your bar down if you should choose to. 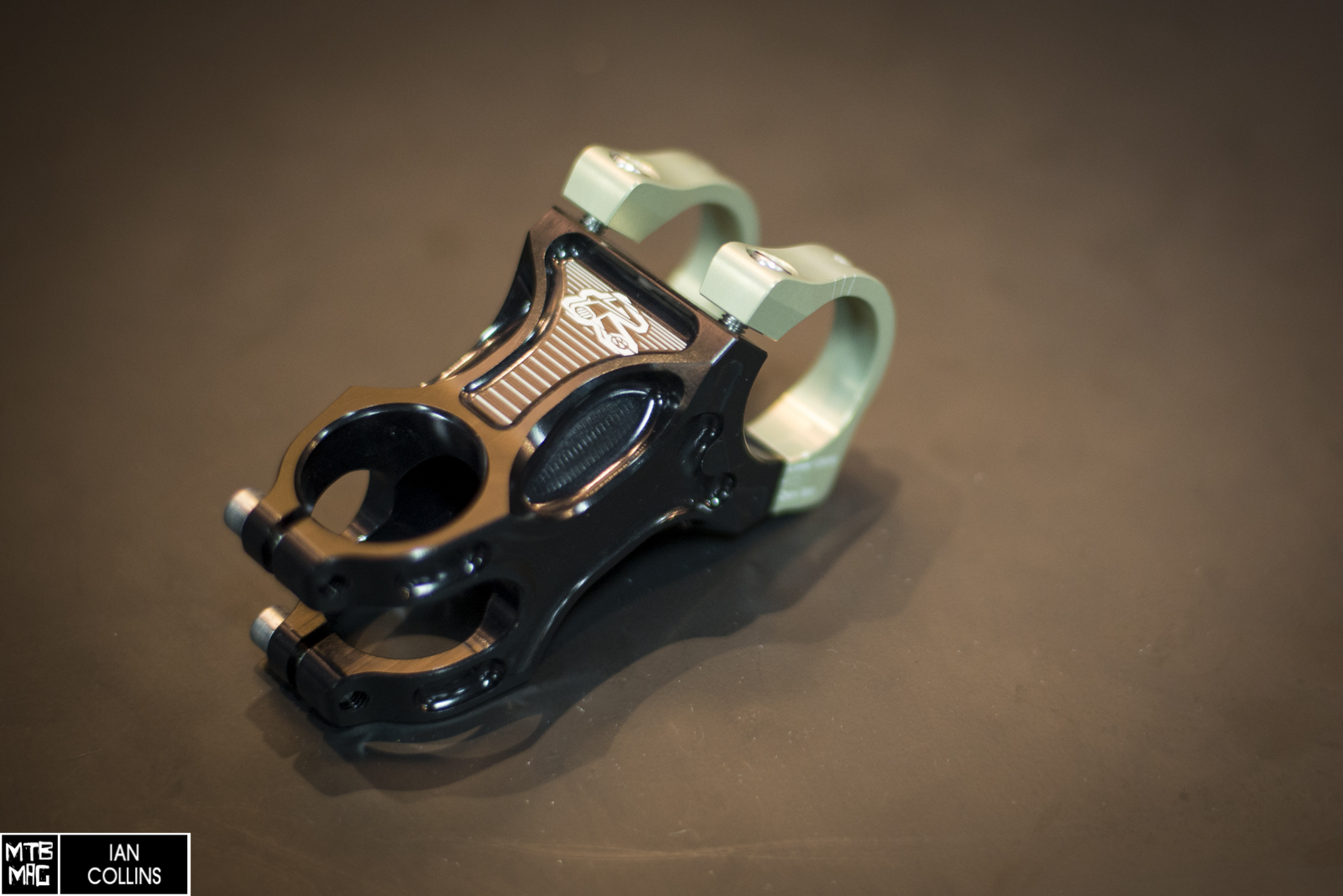 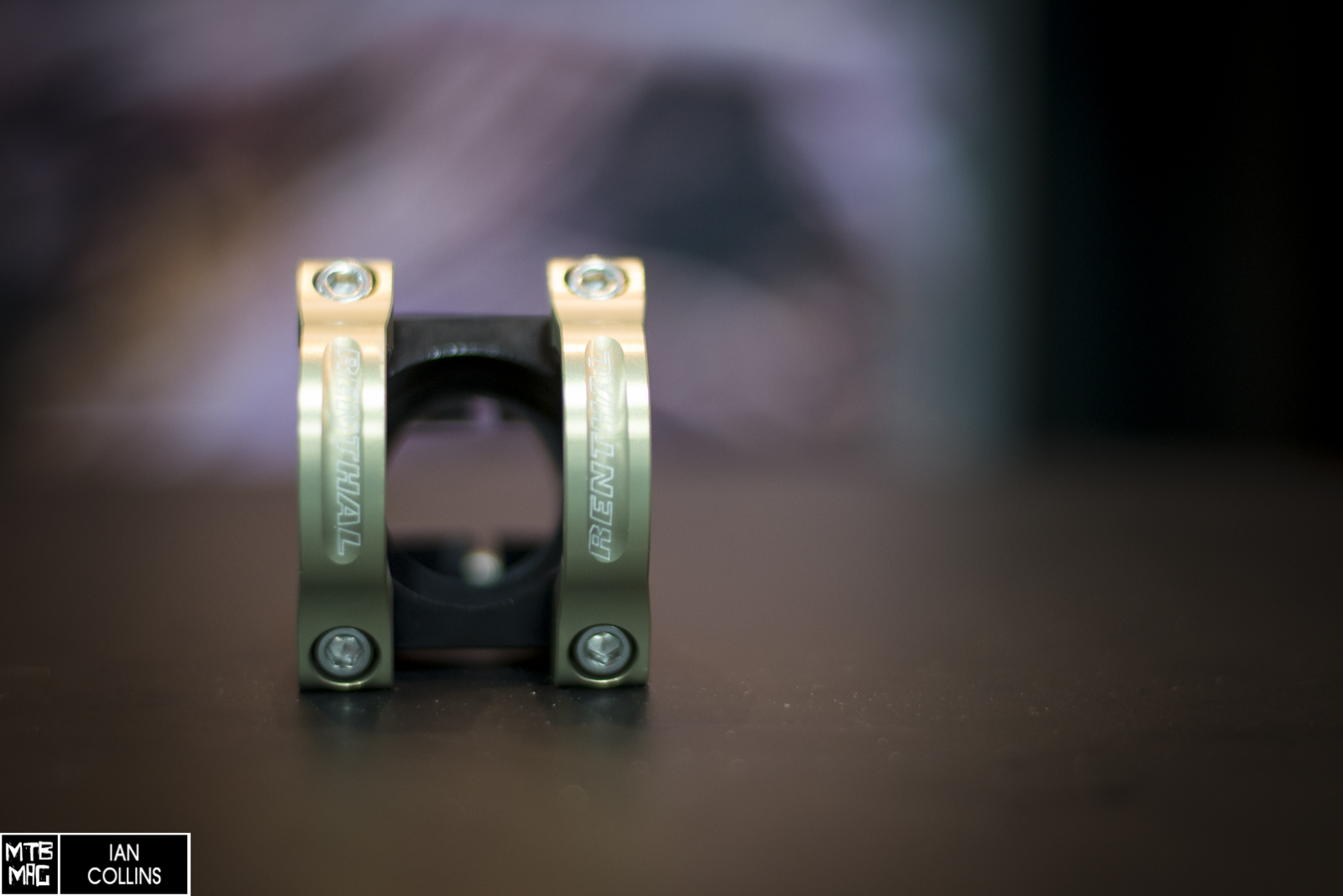 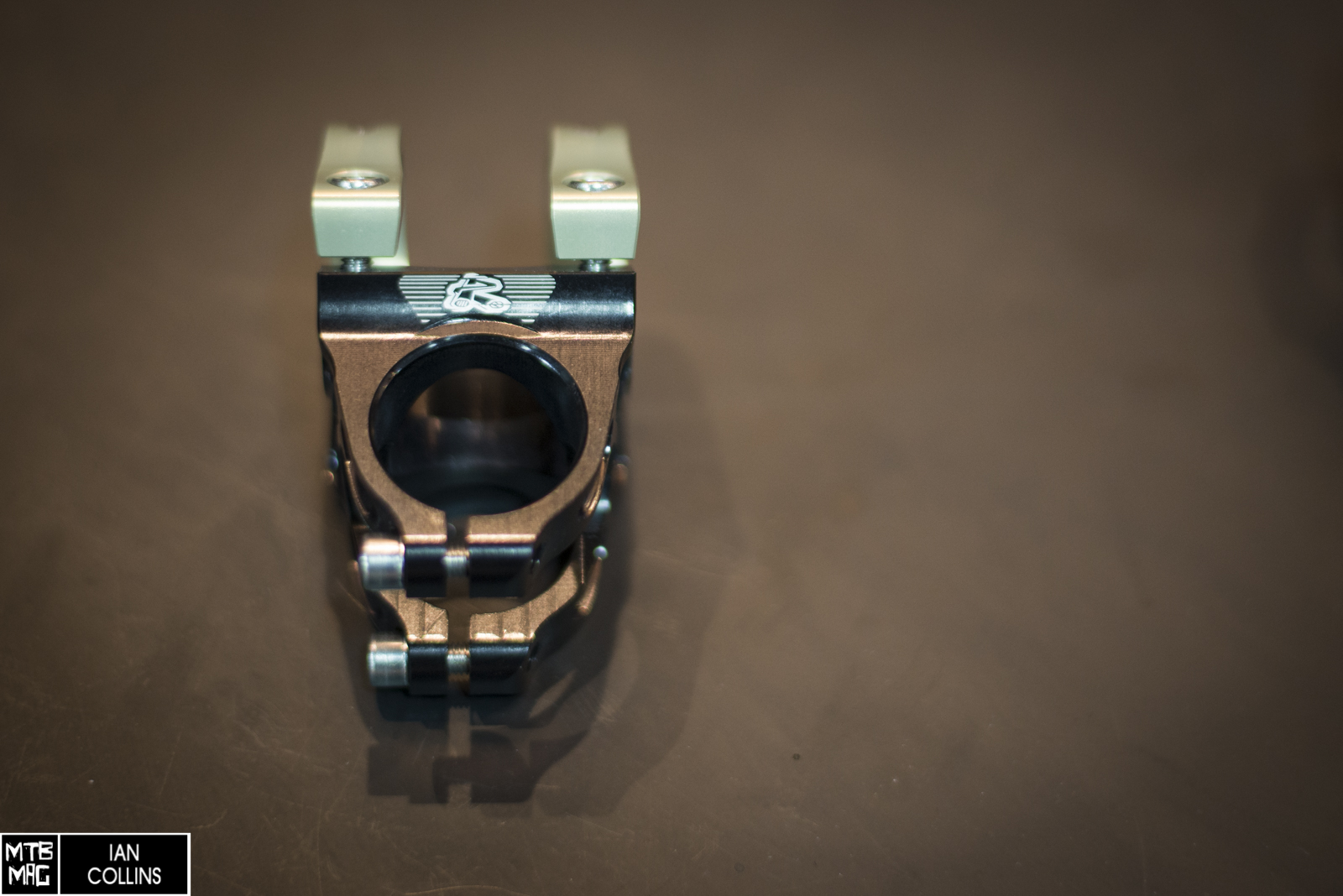 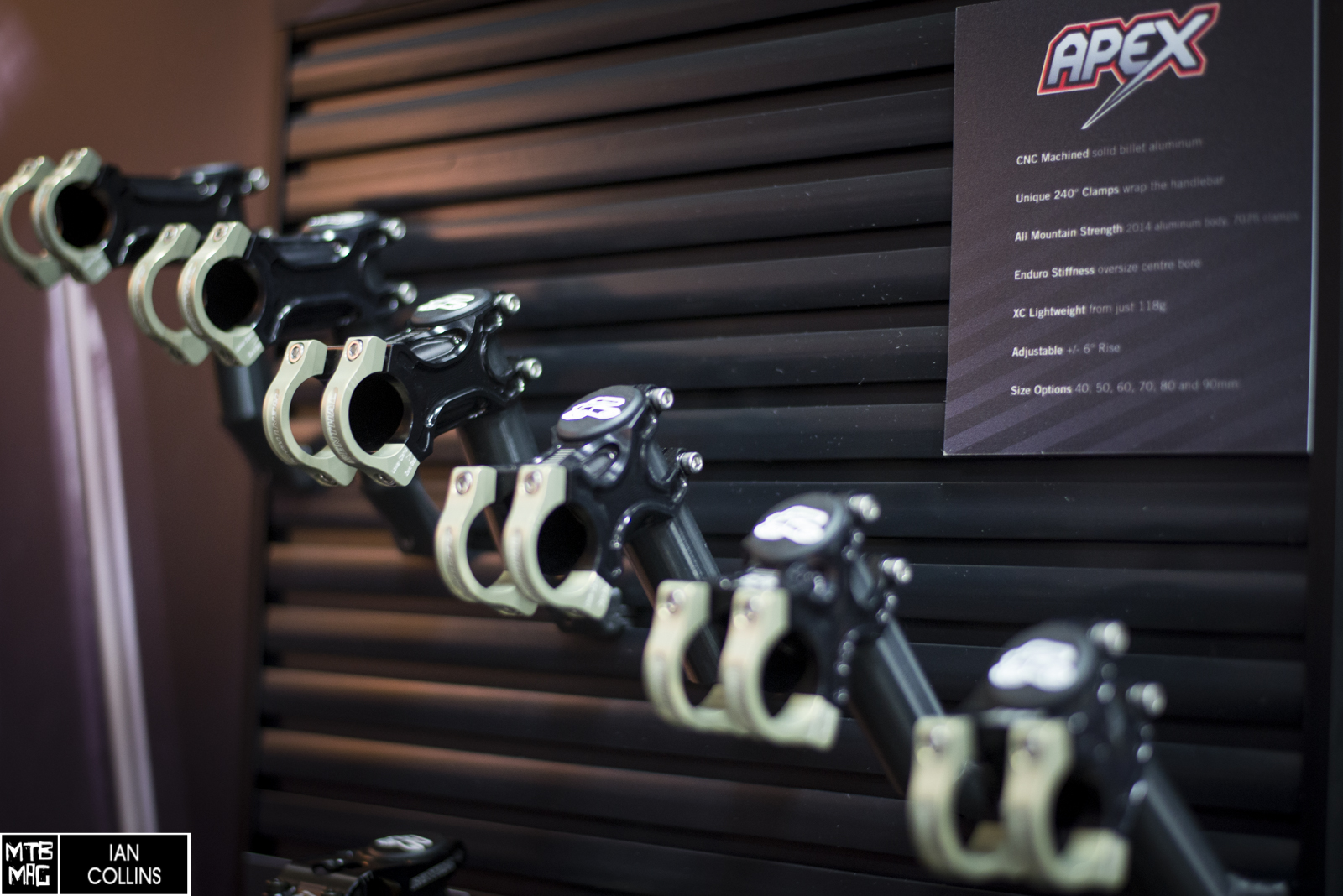 Their nicely machined stems also got a nice update and a well received expansion of offerings in terms of length. The Duo stem is still available, but only came in 50mm length. However, the new Apex stem is available in 40mm, 50mm, 60mm, 70mm, 80mm and 90mm. The stem comes in a +/- 6 degree rise/drop and starts at 118 grams. $99.95 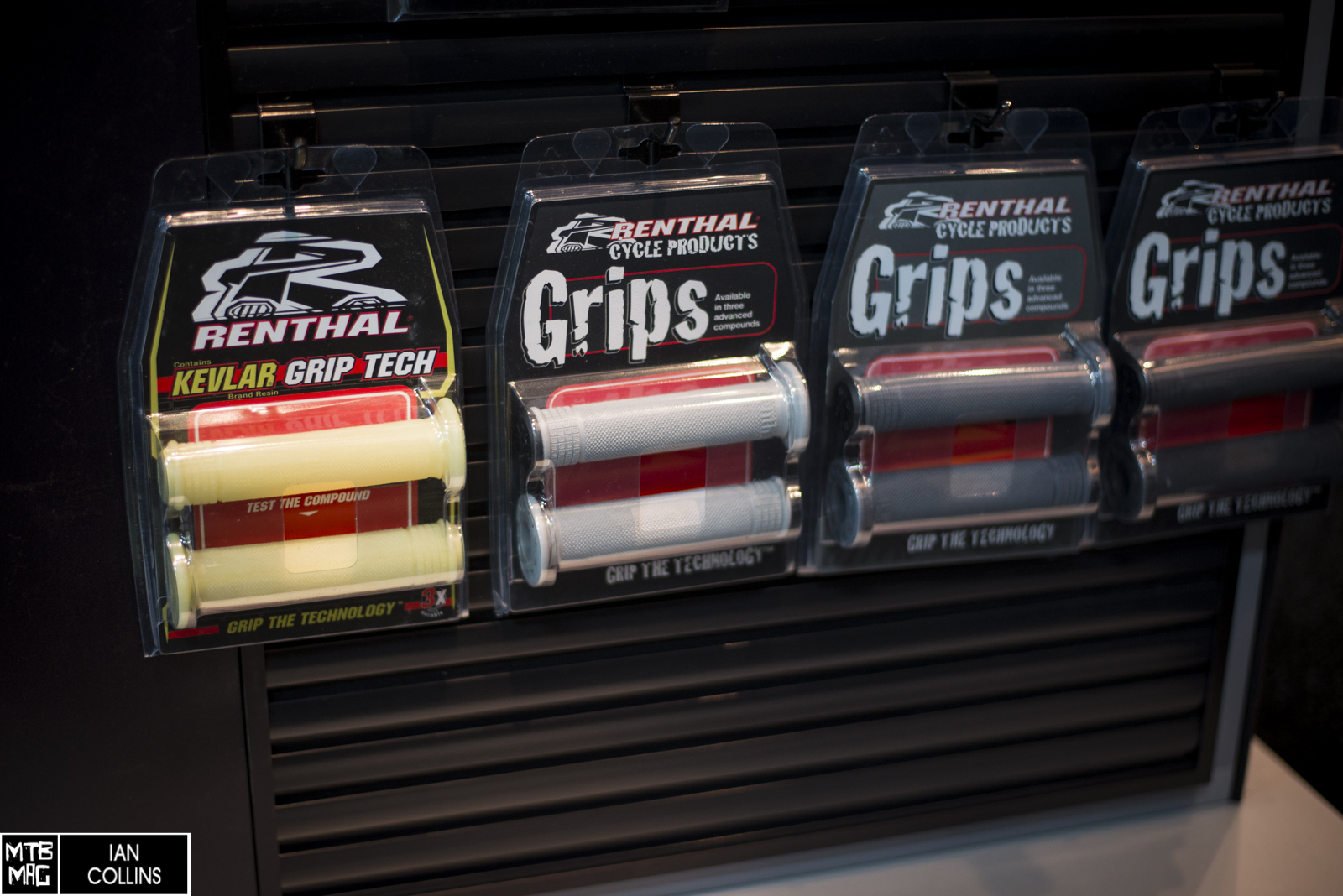 Renthal’s grips have also become quite popular. We really dig their kevlar push on grips. They retail for $15.95, while the other compounds come in at 12.95. The bar plug got scaled down and updated for less interference with the rider’s hands.

The lock on grips are $32.95 for Kevlar while the other compounds are $29.95. They are graced with nicely finished hardware and various durometers to suit riders with any preference. 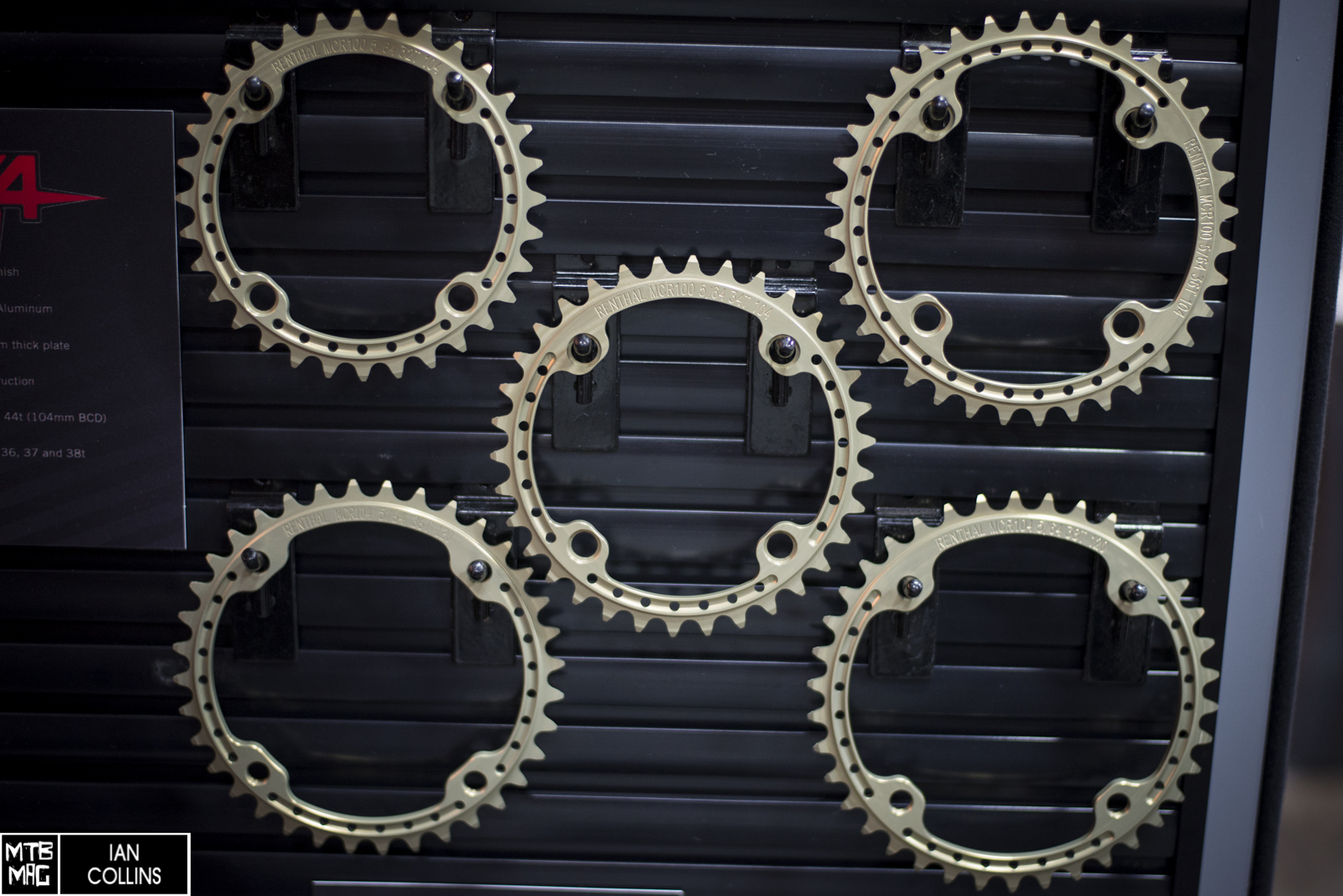 The SR4 chainring remains unchanged and bulletproof, as well as being quite a work of art. $49.95 and offered in odd and even teeth from 32T-44T.

Look for a test on a full updated Renthal cockpit in the very near future from us here at mtb-mag!