Jared Graves put in a monumentally dramatic performance this weekend at the Crankworx Whistler EWS round. Despite battling mechanicals early on, Graves managed to make up lost time, come from behind and take the overall win on an incredibly difficult day. The race lasted over 8 hours and all 5 stages were completed in one day requiring 8,500 feet of total climbing. What a race. We caught up with Jared just now to hear exactly how the story unfolded direct from the source. 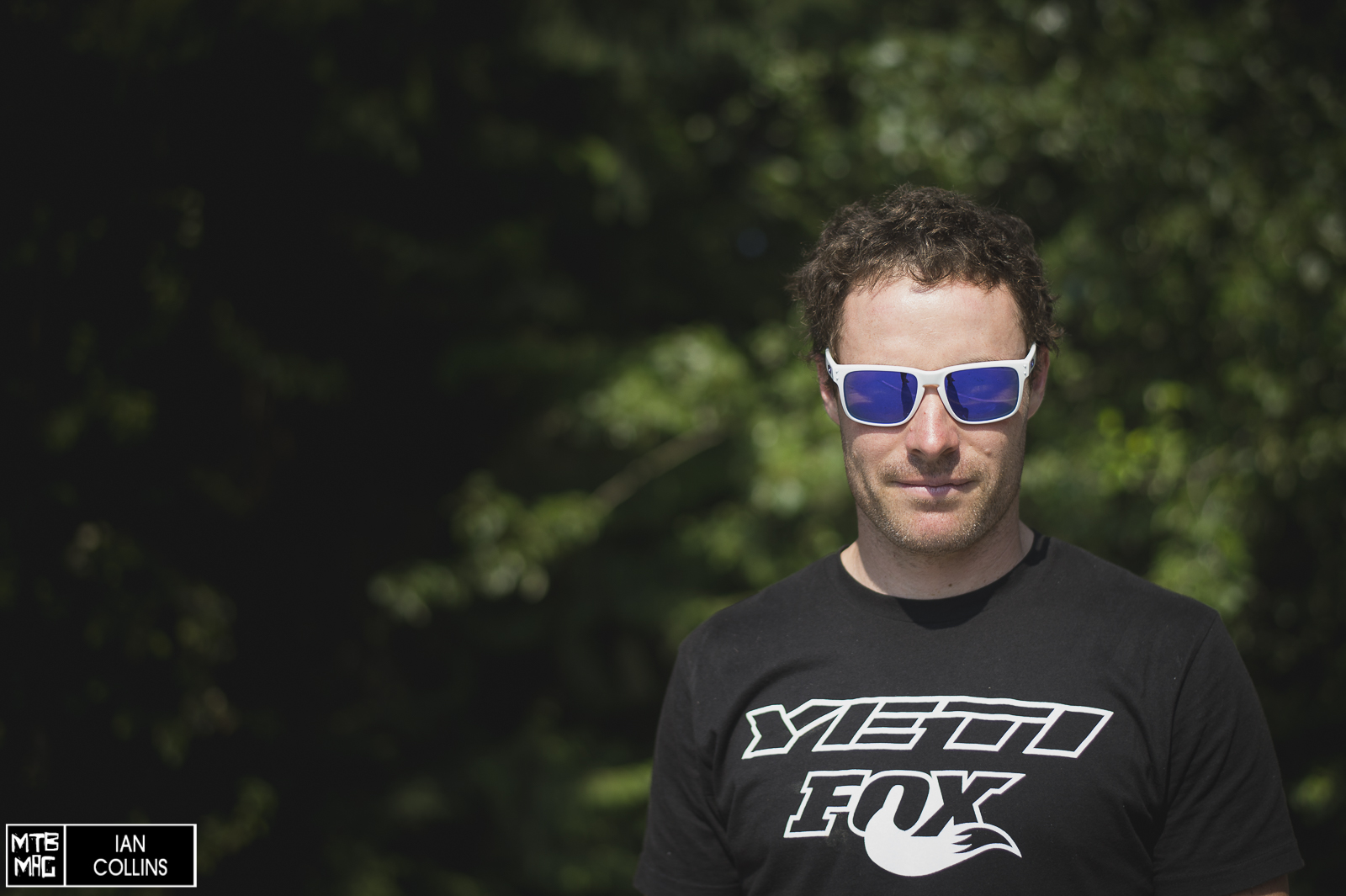 MTB – MAG – Jared, yesterday was quite a day for you. Did you expect it to turn out like that?

Jared – Not at all, NO! Definitely not after stage one. My fork malfunctioned and I had other issues. After battling with that, I just about quit halfway up the climb to stage two. I didn’t know how I was going to ride with the fork as it was down Stage Two and almost rolled down the fire road, but thought about it and realized that it would be the last 9 months of my life down the drain if I went down that road. So I just had to keep pressing as much as I wanted to pull the pin. I didn’t see the overall results til the end of stage 4, and saw that I was still in touch. Knowing I put a lot of time into people last year on the final stage I realized I could still pull out a result. I didn’t know a win was in the cards but at that point I was confident about a top 3. 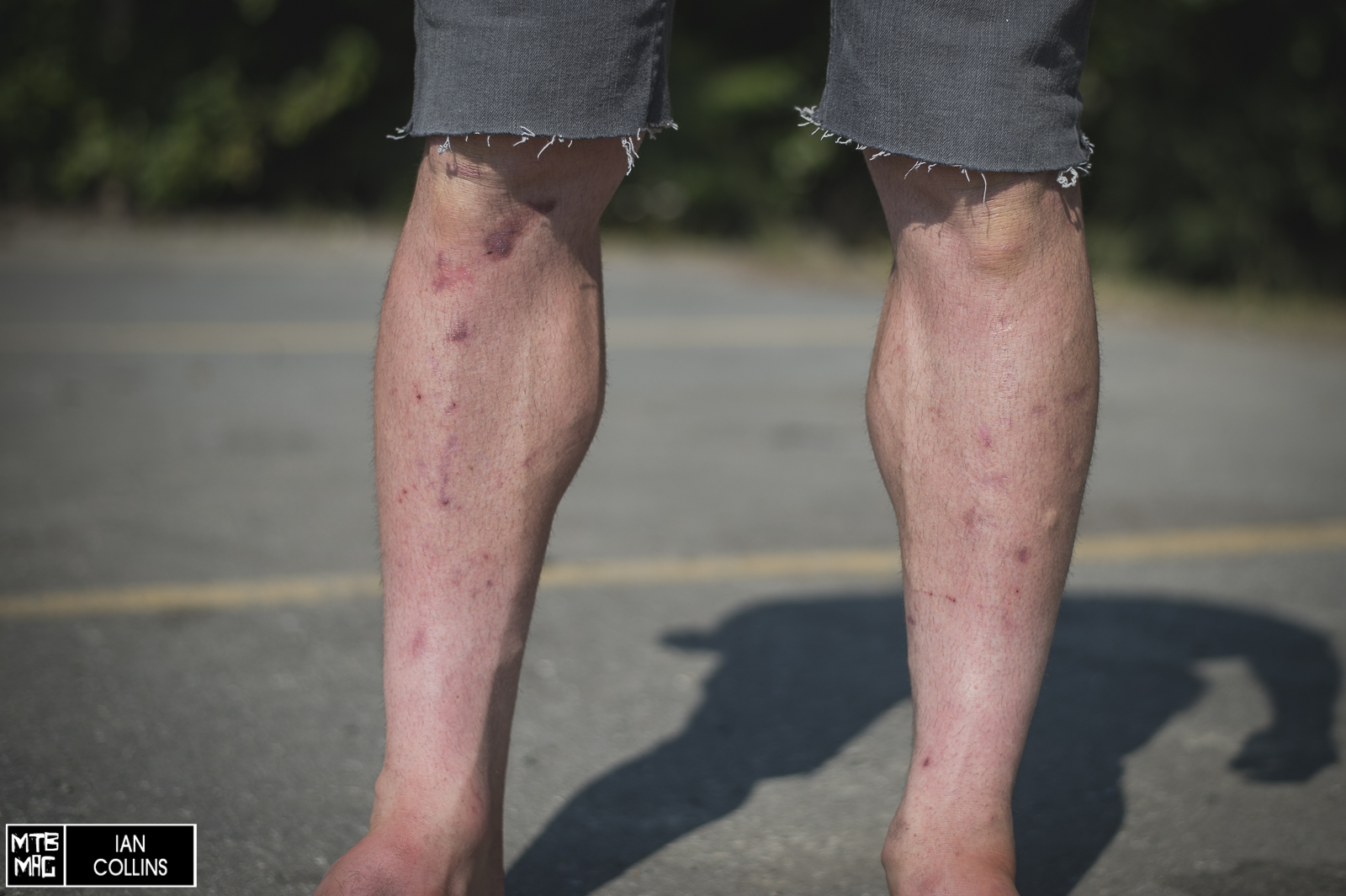 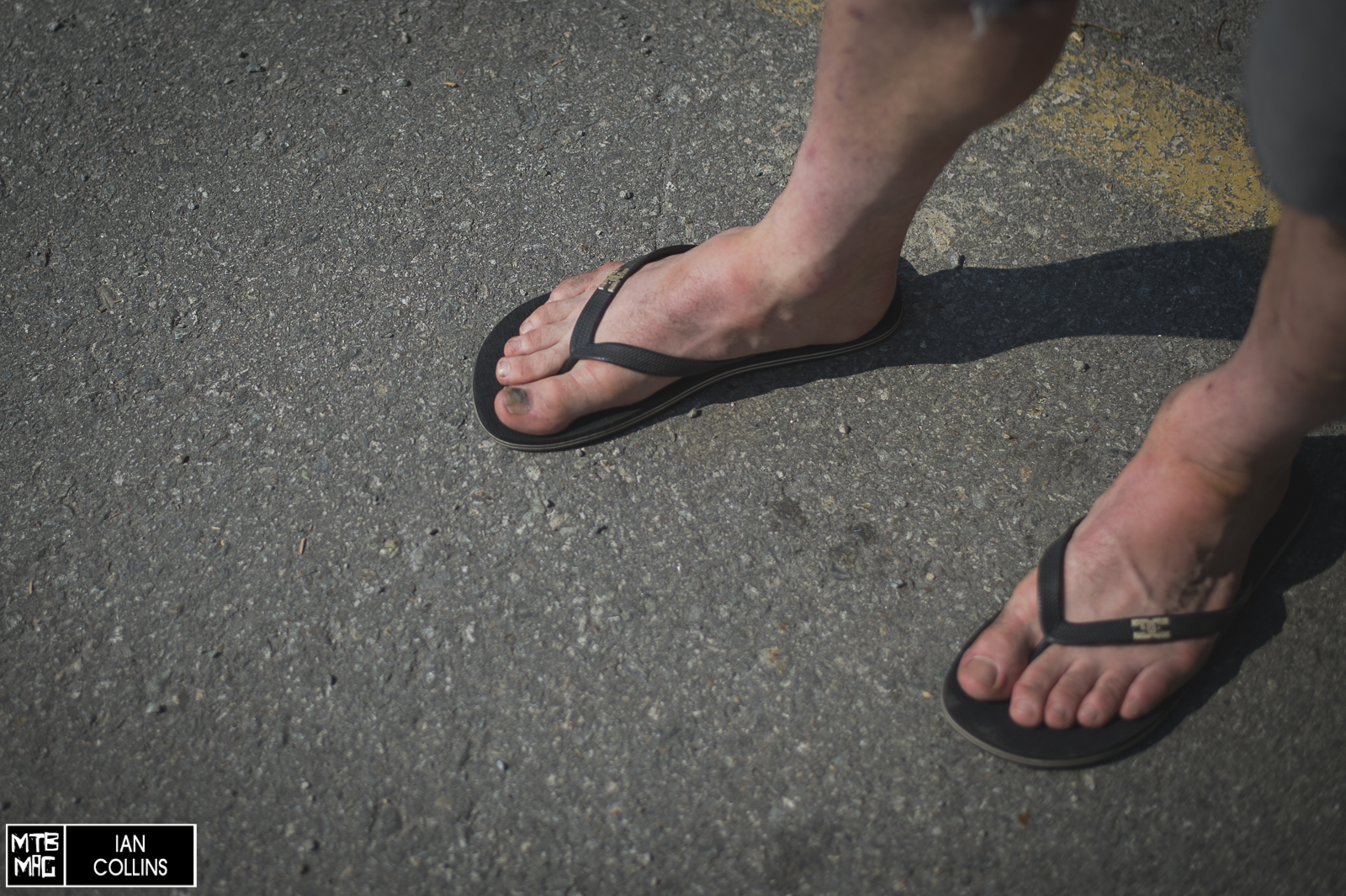 MTB – MAG – In your words what happened yesterday?

Jared – Stage one, a minute or two into it I had a huge G – Out head slapper moment and somehow we think it pushed the air from the positive chamber into the negative chamber. So the fork was stuck down. So I was blowing through travel and had no small bump sensitivity. I was basically at 70-80% sag. My arms just blew up on stage one. It was like riding with no suspension. I didn’t realize what was wrong til I finished the stage. I put a squirt of CO2 in it n the way up stage two so it would sit up in the travel again. It felt pretty much normal, but I had no small bump sensitivity and everything was a bit rough. Stage two has lots of G-Outs so I was super nervous about having an issue again, and I ended up riding too conservative, but when I realized it was holding up I started to open it up a bit more even though I had no traction.

MTB – MAG – You must’ve been pretty shot towards the end, right?

Jared – Stage 4 was ok but I had a big crash and lost some time…likely due to the arm pump but we got back and with a couple tools it was a simple fix. On the last stage, my bike was 100% and I was able to lay down a good time. Damage control all day put me in a shitty headspace though. Not being able to charge and ride hard was rough. 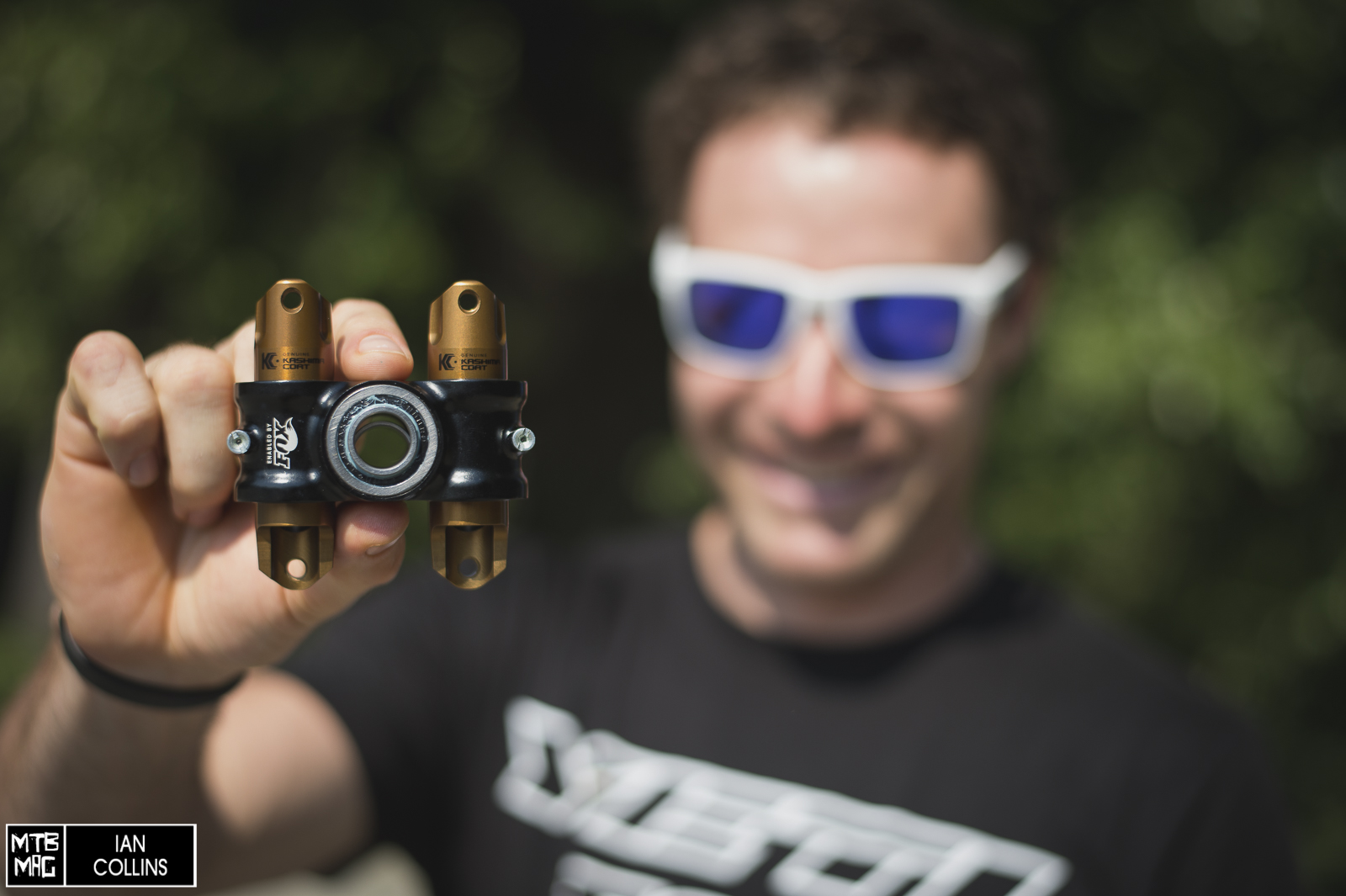 MTB – MAG – You must’ve had a pretty good run despite the mechanical issues – you had to have been feeling good on the bike, no?

Jared – I knew it was a good run – it was perfect, I didn’t make any mistakes just like last year, but I certainly took quite a few more risks and pushed the limits in places I normally wouldn’t. When I came across the line I knew I pushed enough to crack the top 3, but when I saw the #1 next to my name I really couldn’t believe it.

MTB – MAG – How are you getting along with the new frame?

Jared – Aw, it’s awesome. The little things…It does everything a bit better – pedaling, small bump, big bump. Everything is better. It’s just refined. And we updated the geometry for what we’re racing. The tracks are gnarlier and more technical than what we were expecting them to be 2 years ago when they first announced the EWS. The stock medium is basically my custom geometry settings. I couldn’t ask for any more. 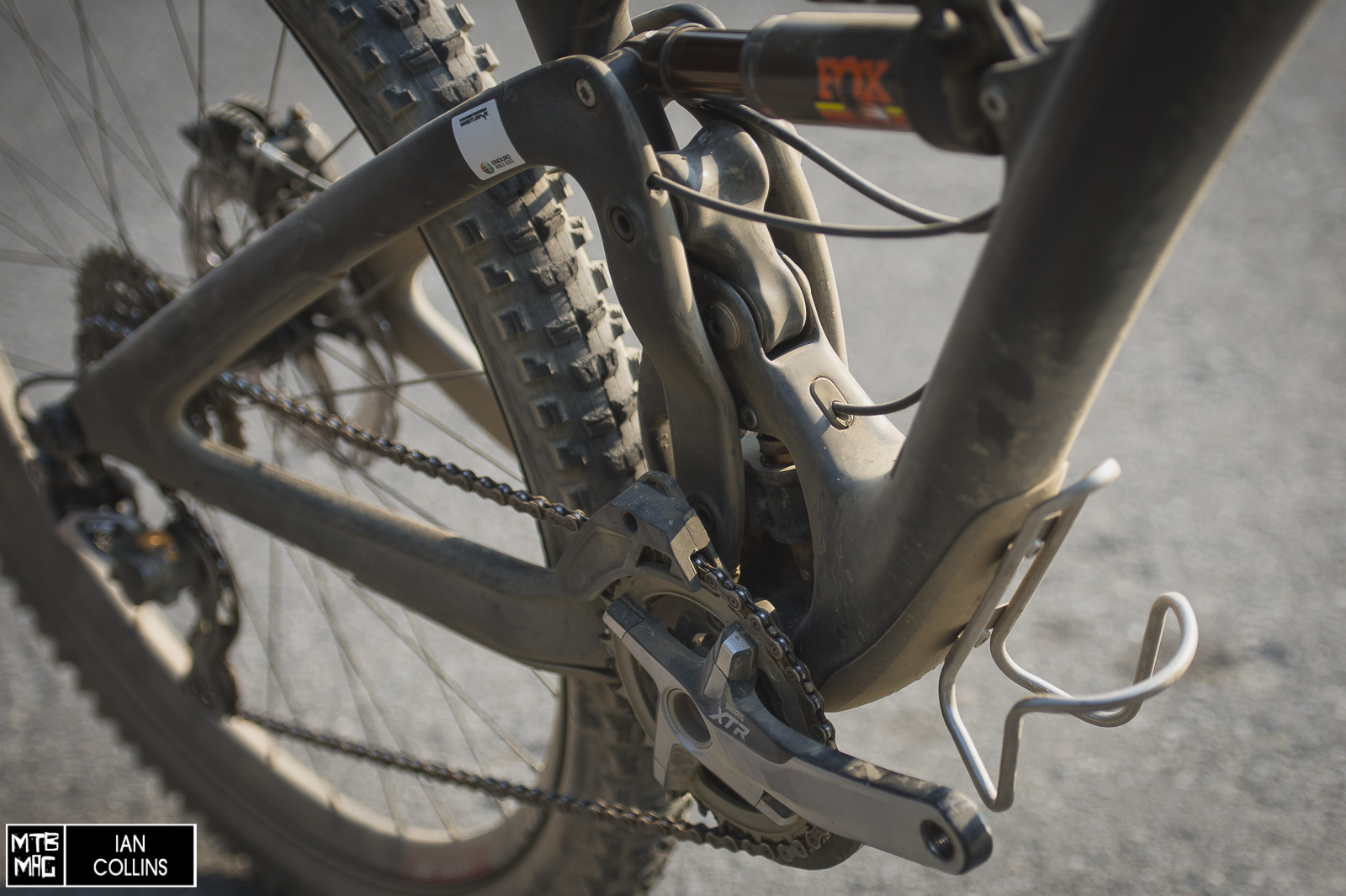 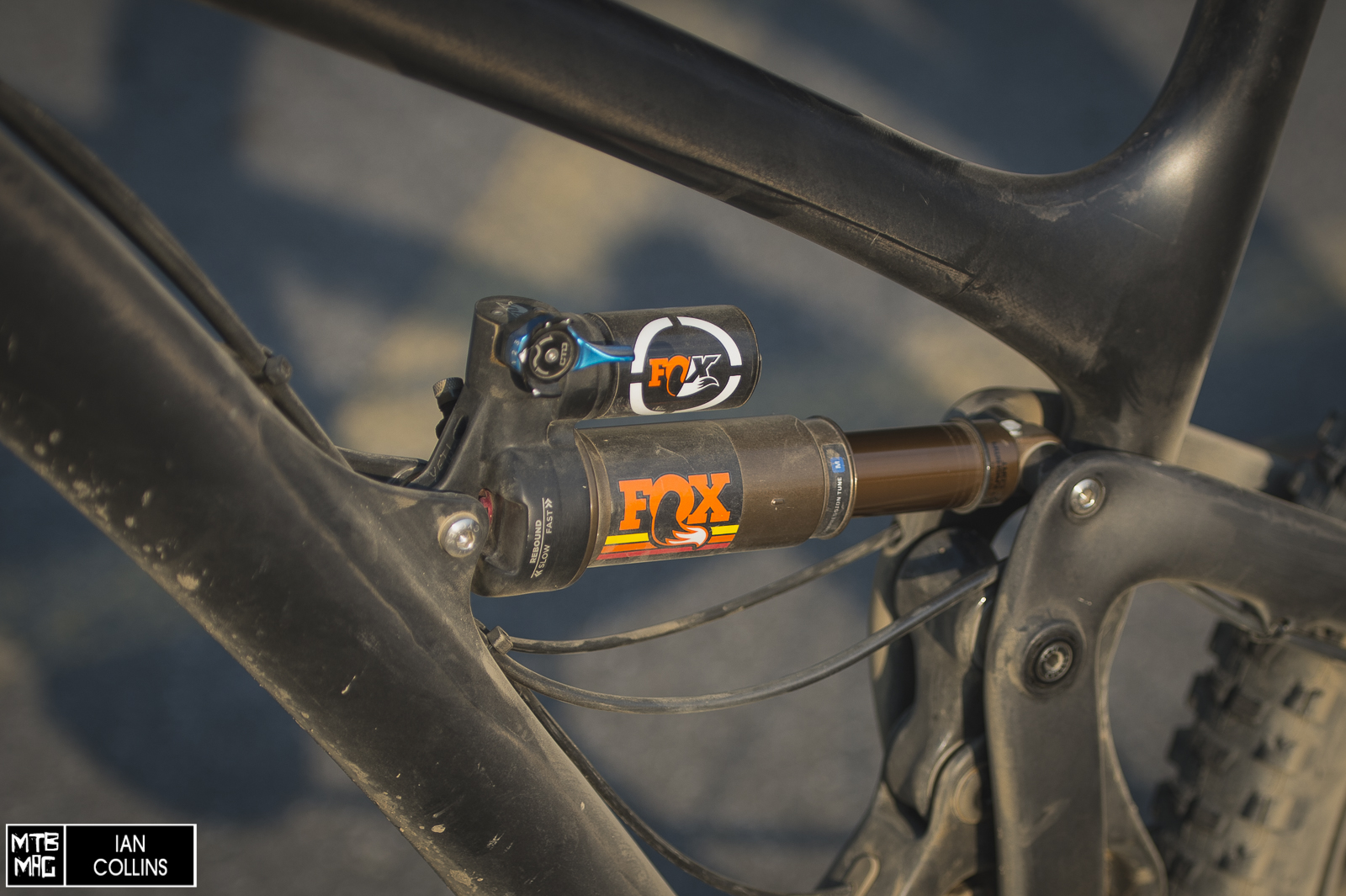 MTB – MAG – In Colorado Richie ran the SB5C and killed it. Do you think there will be certain rounds where you choose that?

Jared – I think so. It definitely is a snappy climber, so Winter Park either bike would work, but the first time I rode it in France it was on a super gnarly track and I had my reservations but it blew me away. We couldn’t believe how good it was. 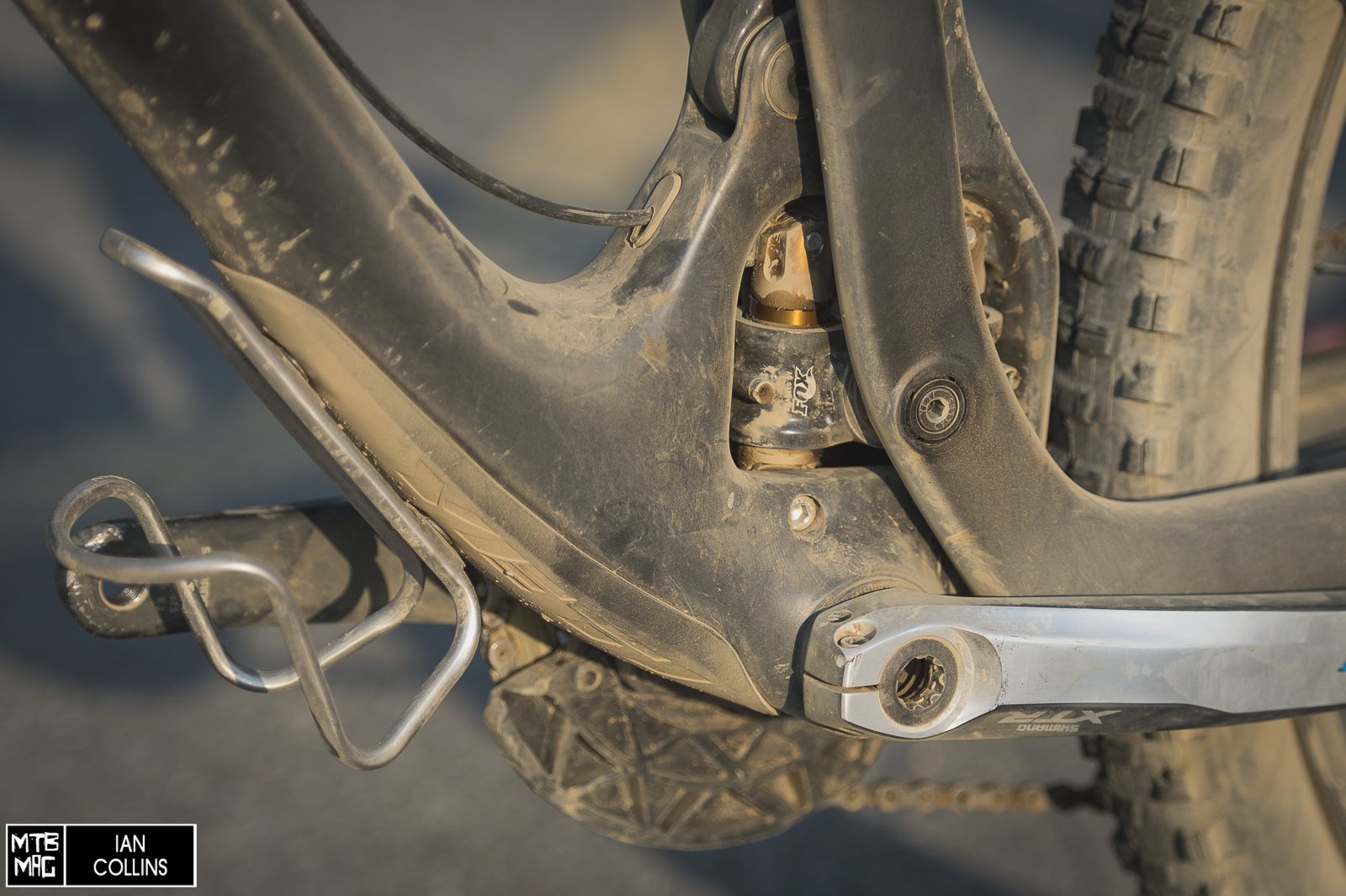 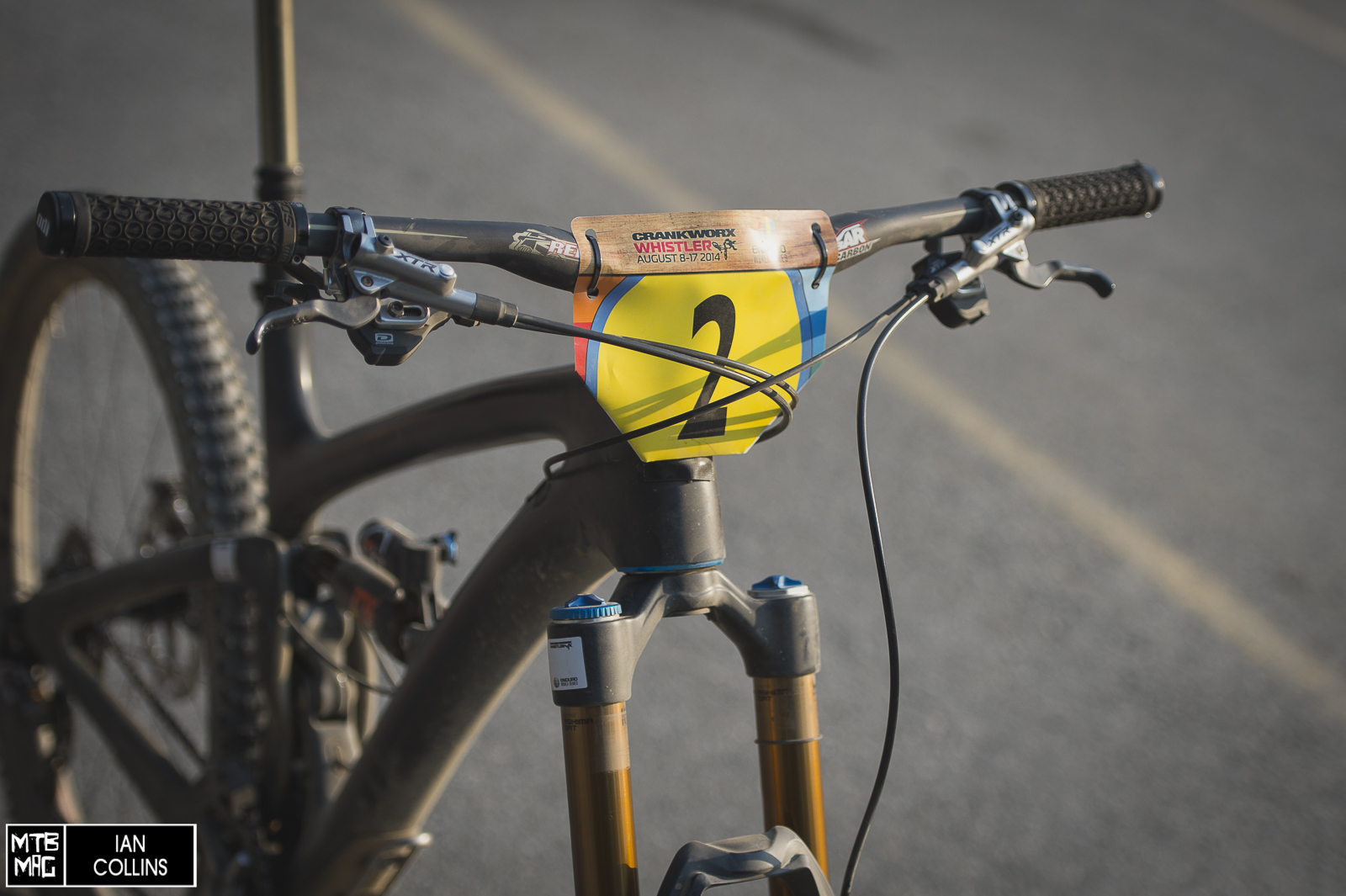 MTB – MAG – Stupid question, but are you happy on the bigger wheels?

Jared – Oh yeah, you read all the stupid chatter on the internet – “26 for life!” … I never wanted to be the poster boy for 26” wheels/keeping it real and all that stuff. I wanted to be on 27.5” as soon as possible. It’s faster, period. It was playing on my mind at the start of the year being on 26” and knowing it’s a slight disadvantage. The confidence boost on the new bike was huge. 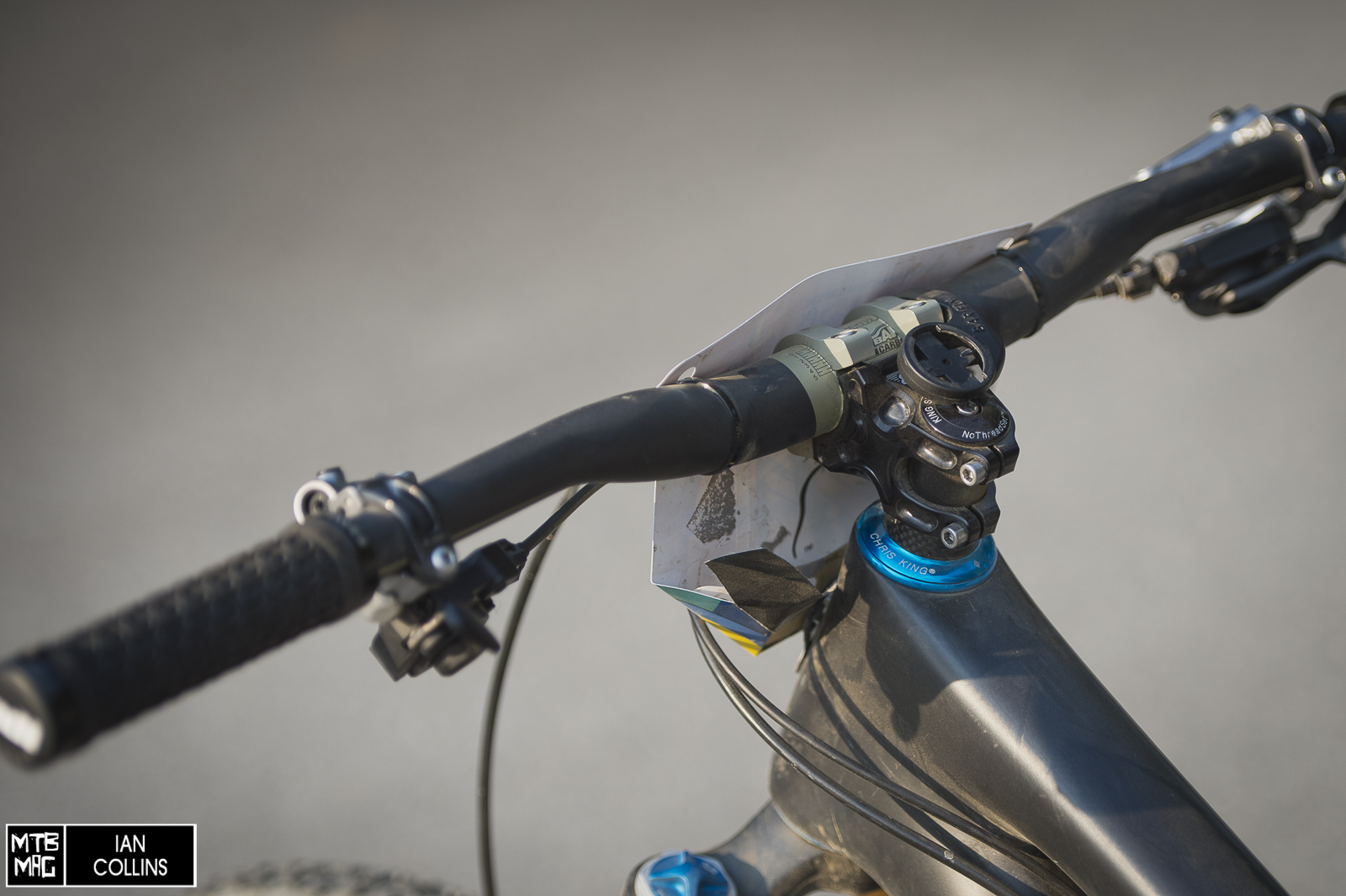 MTB – MAG – Everyone is blown away at your performance. Congrats, you put on quite a show – what a dramatic weekend.

Jared – Thanks, I was lucky.

MTB – MAG – Luck doesn’t have anything to do with it. You pressed on and didn’t give up. Well done…we are all floored by your performance. 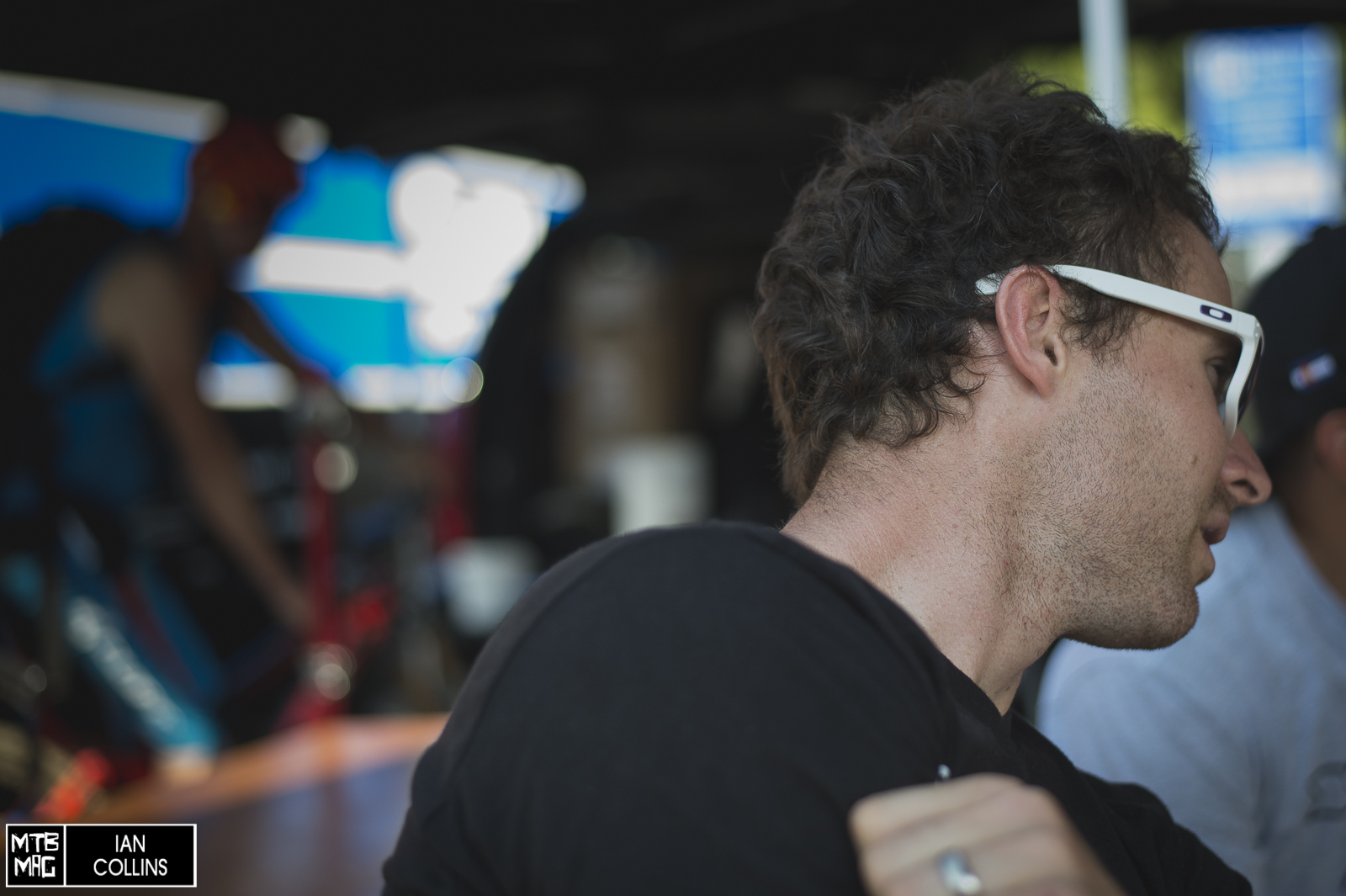 Jared – It’s certainly good to be on the right side of the tight times for sure. Last year I lost a few races by just a few seconds and that was tough. I’m happy with how it ended up.

MTB – MAG – Thanks for taking the time to chat. Best of “luck” at the next round!

[Video] With Jared Graves on his trails