Forchheim, Germany. At YT, Friday the 13th is not a bad day. On the contrary, here’s some exciting news: American Neko Mulally joins Aaron Gwin and Angel Suarez as the third YT Mob team rider, to take on the UCI Downhill World Cup. After two years on Gstaad-SCOTT, the 23-year old Neko “Gnarly“ Mulally from North Carolina has decided to take on a new challenge: In 2017 he will ride for the YT Mob, the same team that took Aaron Gwin to the overall 2016 World Cup title during its debut season on the racing circuit. 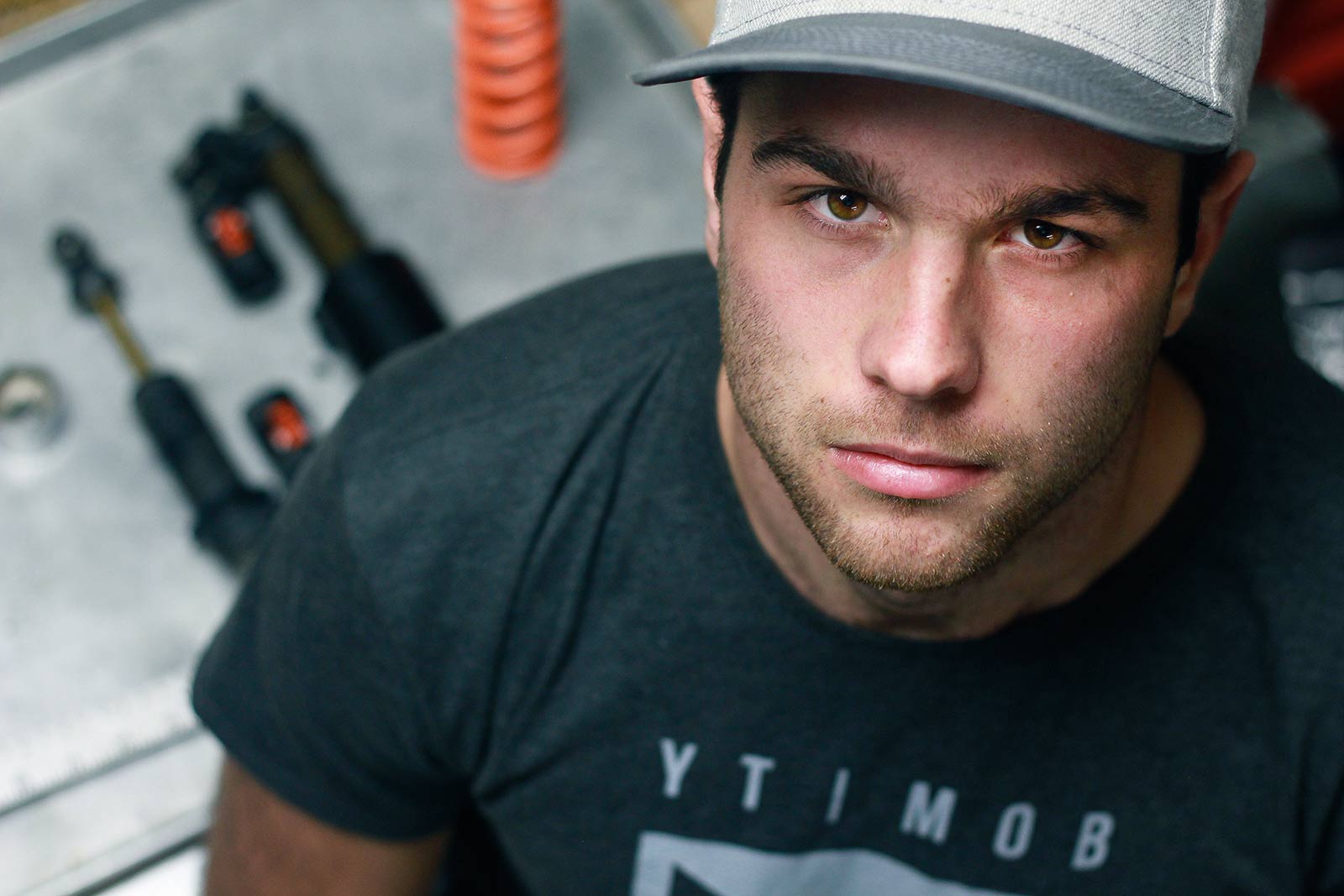 Neko, who took part in his first race at the tender age of six, knows Aaron Gwin and team manager Martin Whitely since before – they were all part of the same team in 2011/2012. “It worked pretty well at the time, and we’ve stayed in touch since then, spending time together at the races.” says Mulally. “My current contract came to an end in 2016, and it turned out that there was a spot open on the YT Mob. I couldn’t have asked for a better opportunity, and I think I’ll be able to do some damage with these guys.” At YT, Neko will feel right at home – Good Times and Gravity take pride of place in Forchheim.

YT’s CEO Markus Flossmann is stoked with the addition: “With Neko in the team we are extremely well positioned. The guys complement each other and they will all continue to progress together. A perfect blend that has a lot of potential. We are looking forward to the new season and can hardly wait for the first race.”
Hear the story directly from the young American to find out about his plans, his motivation for the upcoming season, and just how beer and racing fit together in the following interview:
Hi Neko. You are going to ride a TUES CF this year. How will your bike setup differ from Aaron’s and Angel’s?
I’ll run an XL frame, like Angel, to suit my long reach. My handlebars will be 20mm rise, lower than Aaron at 30mm and Angel at 40mm. I expect to run 170mm crank arms, and a 34t chain ring, which will give me a little extra leverage and less drag, but compromise from the clearance of a 165mm/ 32t set up like Aaron and Angel. I will have to put in the hours to decide whether the Coil or Air shock suits me better.

How would you describe your riding style?
I have always been focused on racing, so my style has been efficient and fast. Less flamboyant and more speed. Lately however, I have been pushing myself to learn new skills and ride harder lines that may not be faster in training. It keeps it exciting to look at a trail through a different lens sometimes.

Do you know your new team mates? Where did you meet first?
I have known Aaron for years as a teammate and fellow American rider. He’s probably the guy who checks off the most boxes during his preparation and is a true professional. I can learn a lot from him. I met Angel 2 years ago, on the hot seat in Lenzerheide. I thought “who the hell is this Spanish kid that just beat my time!?” Since then I had the chance to get to know him at the races last season and I can’t wait to spend more time together this year.

Who will be your mechanic? What is your brother gonna do in the next season?
This year I’ll be working with Ben Arnott, current Mob mechanic. Ben is an incredibly smart dude, a mechanical engineer with a ton of experience and a great rider too. I can’t think of a better man for the job. My brother is pursuing his own goals at school and working as a shop manager this year. We had an awesome time traveling the world together these past two years and I hope we can do it again someday, but for now we are headed down our own paths.

Who else is going to sponsor you?
Personally I will continue with Oskar Blues Brewery, Bell Helmets, Royal Racing, Scott Goggles and Blue Sky Fuel. Oskar Blues is a local brewery just a few miles from my house who are involved in Mountain Biking at all levels. All of the employees ride and they are true fans of the sport.

Apparently, you are the only world cup rider with a beer company as a helmet sponsor. How does that go together?
Mountain bikers like to finish a great ride having a beer with their buddies. It’s a fitting category to the demographic of our sport, and Oskar Blues takes pride in supporting cycling. They promote efforts to increase trail access and create events that truly benefit our sport. They are constantly stoked and a true pleasure to work with.

What are your goals for next season?
Ride inside the top 10
Push myself to new heights

What’s going on at the moment?
Last month I transitioned from unstructured training to a dedicated schedule in preparation for the season ahead. This off season has kept me busy with a few projects I started along with moving into the house I spent the past year building. Together with some close friends I’ve built a year-round uplift access Bike Park in my region, and have organized a grassroots pre-season race series with 4 events in the southeast. Both have been really fun and a lot of work, and have been growing the sport hugely in my region. Now I’m all settled in and the projects are running smoothly, so training and racing are now my daily focus.

How is your training? Where do you usually train?
I like to train in the gym and on the XC bike during the week and ride downhill on the weekends. I am full time from now through to W/Cup round 1, and will maintain my fitness with a similar schedule between events this summer.

What does Good Times mean to you?
The feeling that you’re stoked to be where you are. Usually on 2 wheels with good people for me.

Who is your favorite riding buddy?
My brother Logan is the best person to ride with because his only goal on the bike is to have as much fun as possible!

What’s the most important thing in your life?
Waking up stoked to get out of bed and dive into the day ahead.

What makes you happy?
Being on the bike and feeling like you can do no wrong! Putting the tires exactly where you want them.

What makes you angry?
Being let down by my own mistakes.

If you could choose: With whom would you really like to party?
Stevie!

What are you doing when you are not riding?
Digging in the woods, or thinking about it!